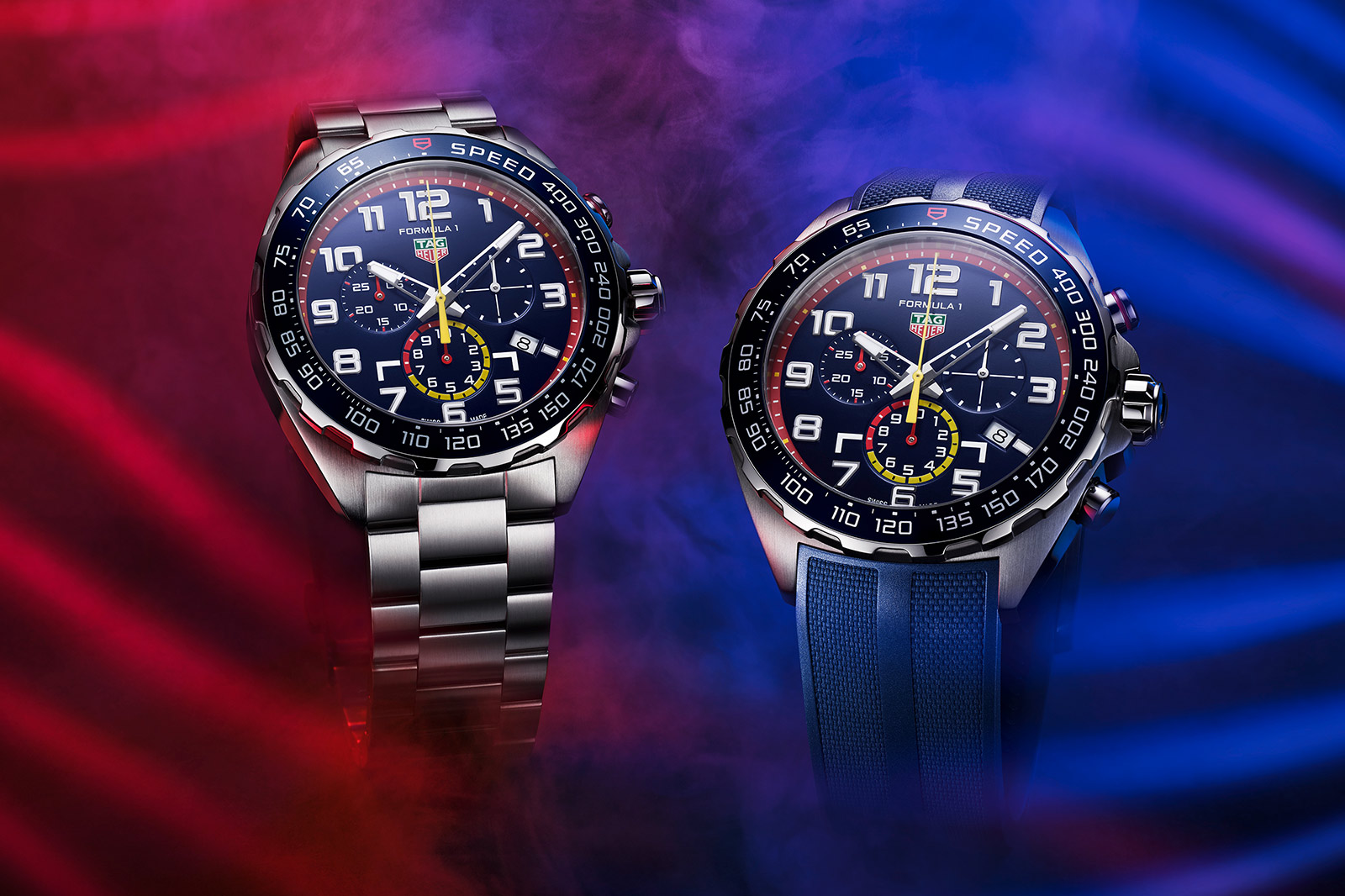 If I’m being honest, Formula 1 has never been my favourite sporting event. However, last season I was captivated by the cut and thrust of the championship battle between Lewis Hamilton and Max Verstappen, which Verstappen went on to win for Red Bull Racing in dramatic fashion. Like most F1 teams, Red Bull has its own luxury watch partnership and theirs is Tag Heuer, who have announced the latest Formula 1 X Red Bull Racing Special Edition ahead of the 2022 season.

At a core level, Tag Heuer have taken their high performance Formula 1 quartz chronograph and repainted it in the livery of the Red Bull Racing team. It makes a lot of sense. The dial now sports sunray brushed finishing in the deep blue of Red Bull and the minute track and subdial accents are now in the corresponding red tone. 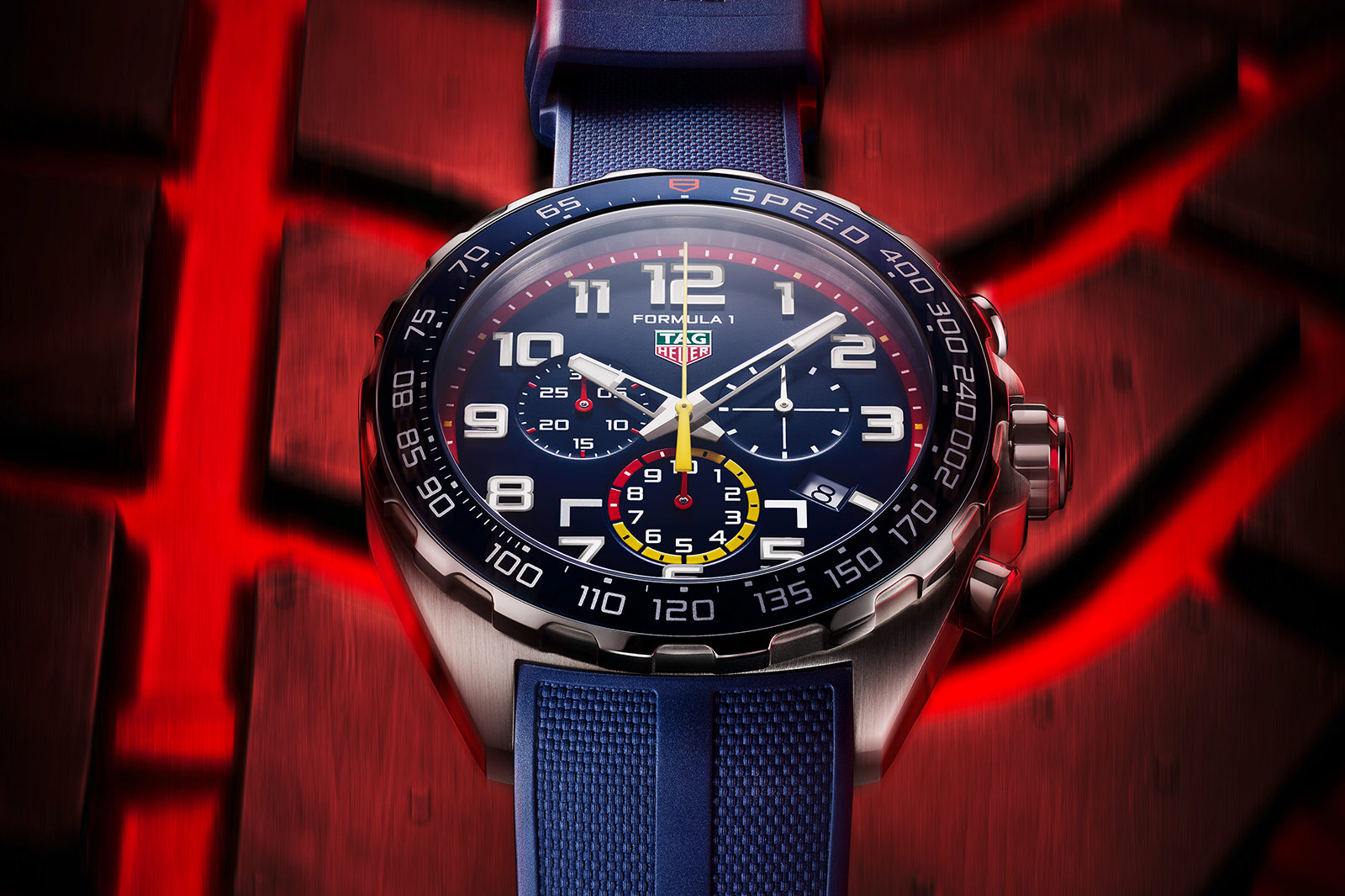 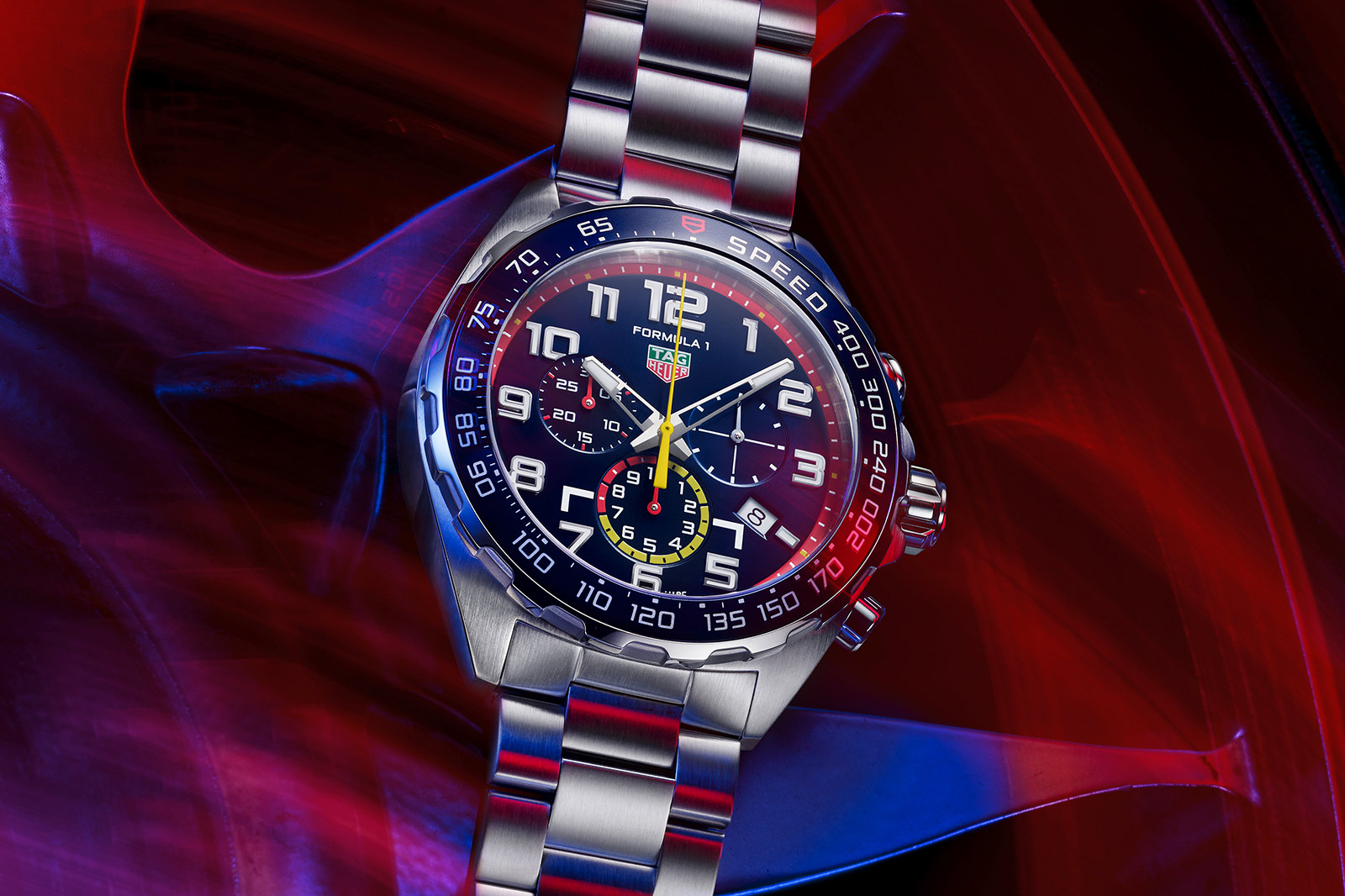 Further changes include the new Arabic numerals, which are based off the speedometer in the actual Red Bull cars. Also, above the 5 and 7 you’ll see two L-shaped lines which are designed to evoke the image of an F1 starting grid.

Some elements of the basic Formula 1 chronographs have been retained, specifically the bright yellow that’s a signature of the collection. It has been used for the 1/10th chronograph subdial at 6 o’clock and for the central chronograph hand. 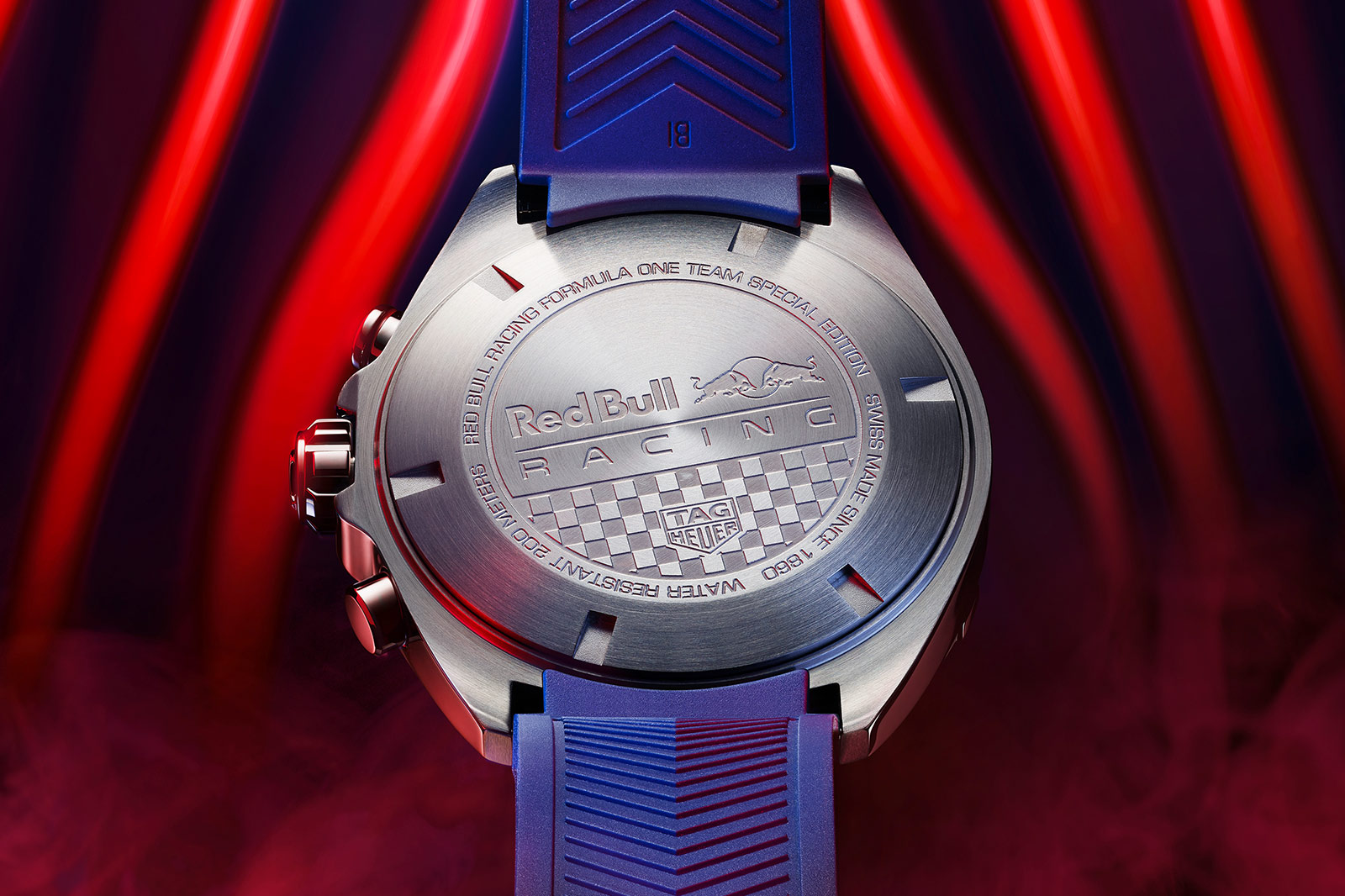 Structurally not a lot has changed either, the Red Bull Racing Special Edition still measures 43mm in diameter and the case is constructed from steel. The bezel has been tweaked slightly so that the tachymeter now says SPEED (perhaps a hint to rival F1 drivers about how to beat Verstappen) and the chronograph pusher has a red lacquer ring on it.

If you want your wristwatch to match your favourite F1 team then there’s really no other watch for you. Or if you want to match it to an energy drink, that works as well. Although, you could buy a lot of red bull for £1,650, which is how much the Tag Heuer Formula 1 X Red Bull Racing Special Edition 2022 costs. I leave that choice up to you.