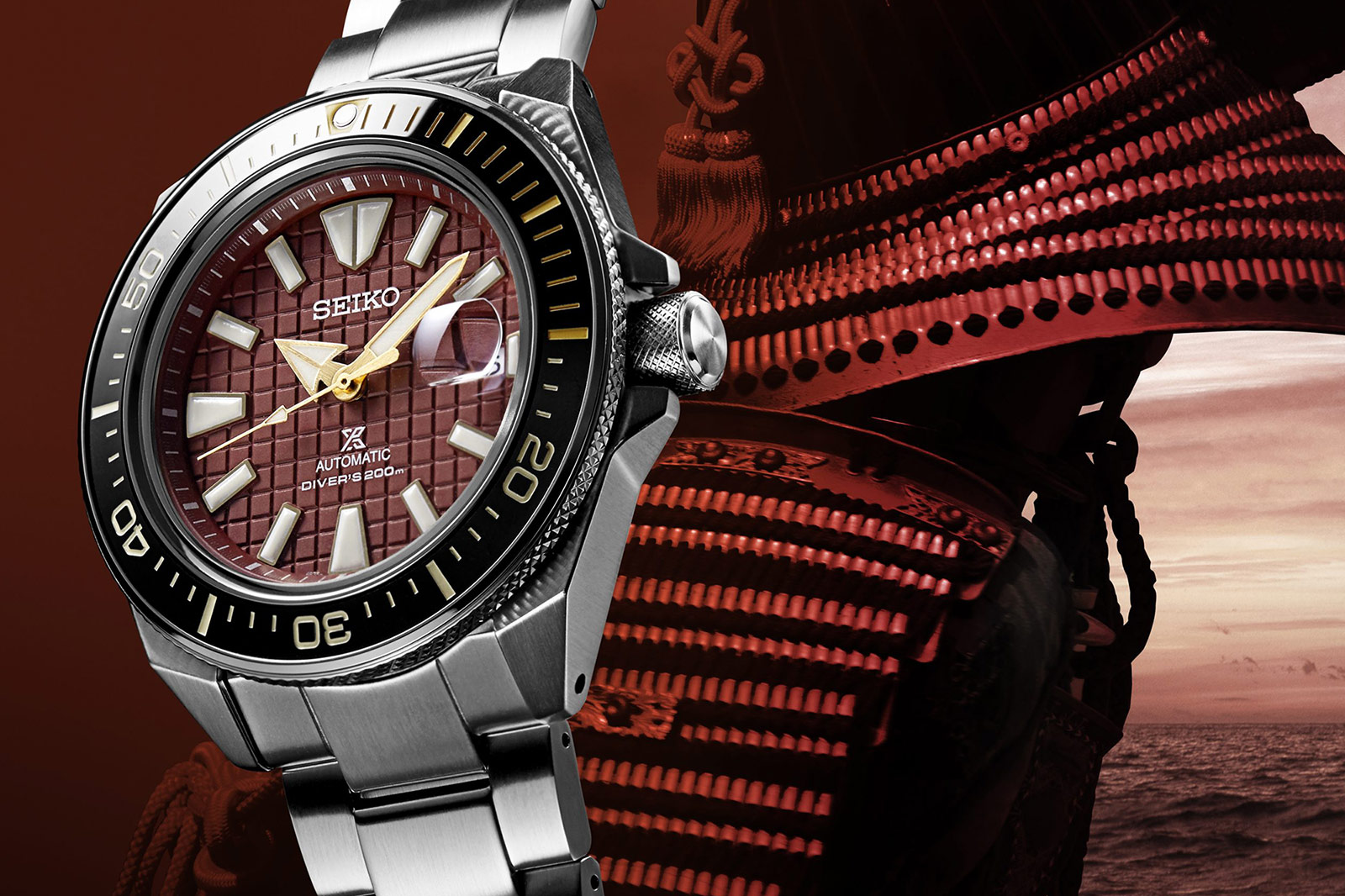 Japan is one of the most culturally rich countries in history so it’s little wonder that Seiko and its cousin Grand Seiko have a wealth of inspiration right on their doorstep. Recently they’ve both looked to the history of the country’s most famous warriors, Samurai, with Grand Seiko’s Katsu-Iro and Seiko’s brand new Prospex Shu-Iro ‘Samurai’ European exclusive diving watch.

Somewhat ironically, the ‘Samurai’ in the watch’s name has very little to do with the watch’s association with the warrior caste. It’s the nickname the community have given the model in general due to its sharp, angular case and signature angled lugs – emulating the shape of a Samurai’s shoulder armour. The lugs actually denote it as a sub-collection of the ‘Samurai’, the ‘King Samurai’. Here, that case has a diameter of 43.8mm and a water resistance of 200m, very much in the sports diver range of watches. 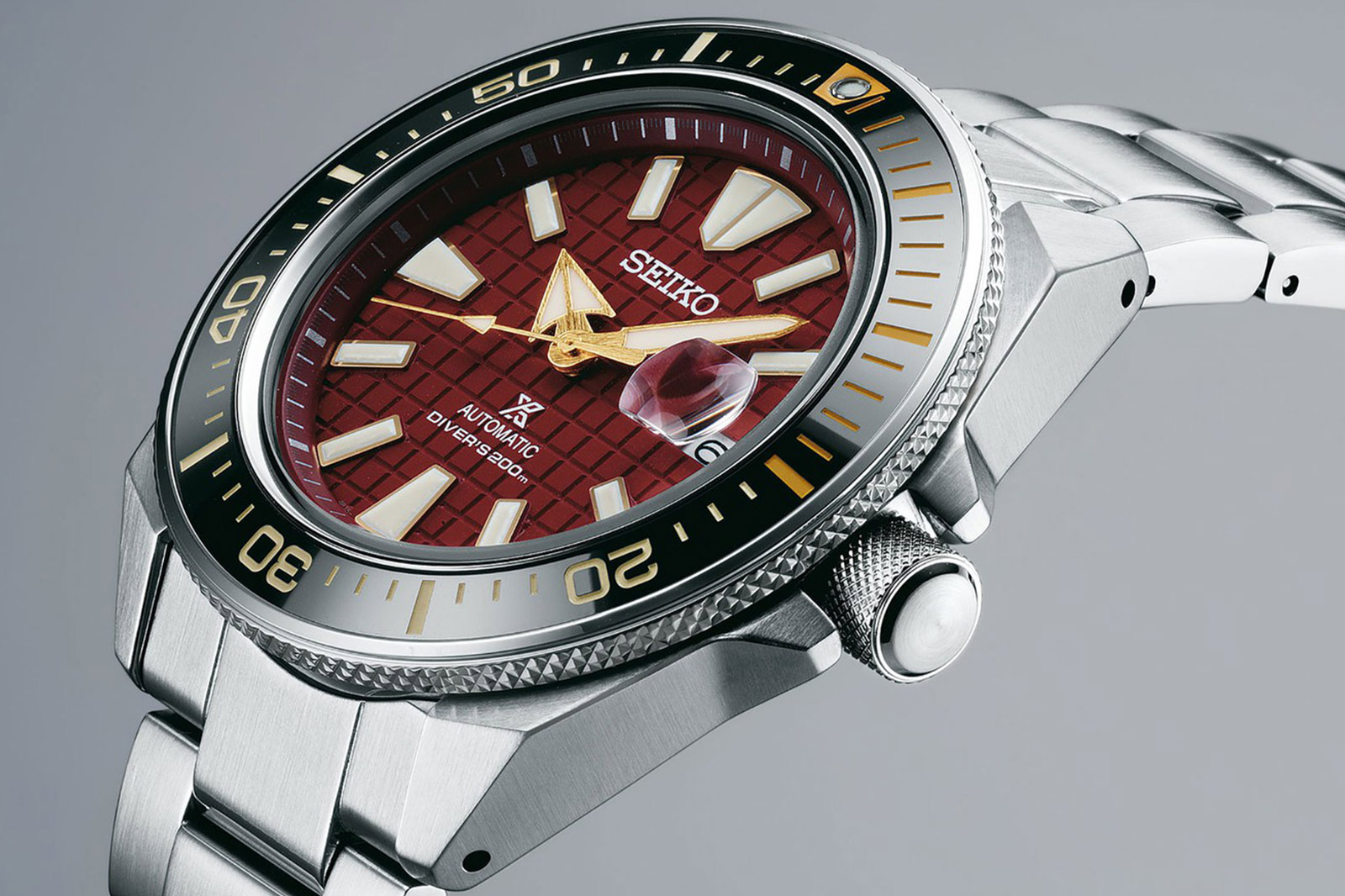 As for the actual Japanese military inspiration, that is writ large across the dial. The red colour is called shu-iro and was used by the Suigun navy, the ancient maritime armed security forces. It has a lovely mosaic design that reminds me strongly of Audemars Piguet’s ‘Mega Tapisserie’ pattern, used on the Royal Oak Offshore. The shu-iro colour has been paired with gold coloured hands and hour markers, which looks great. 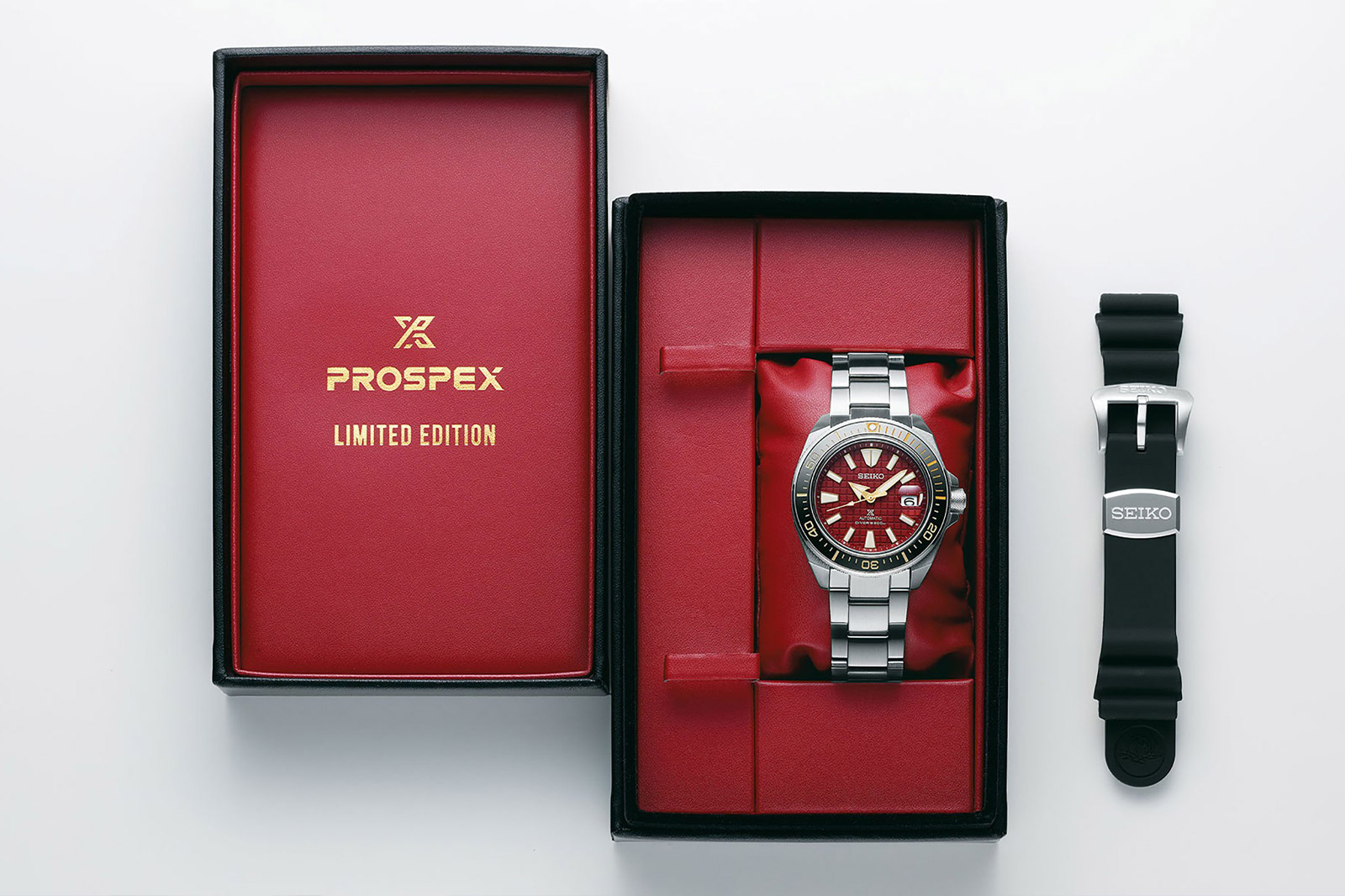 The dial is the primary focal point for this limited edition with the case and movement being pretty standard fare. Inside, the movement is the 4R35, a solid workhorse calibre from Seiko with a 41-hour power reserve. 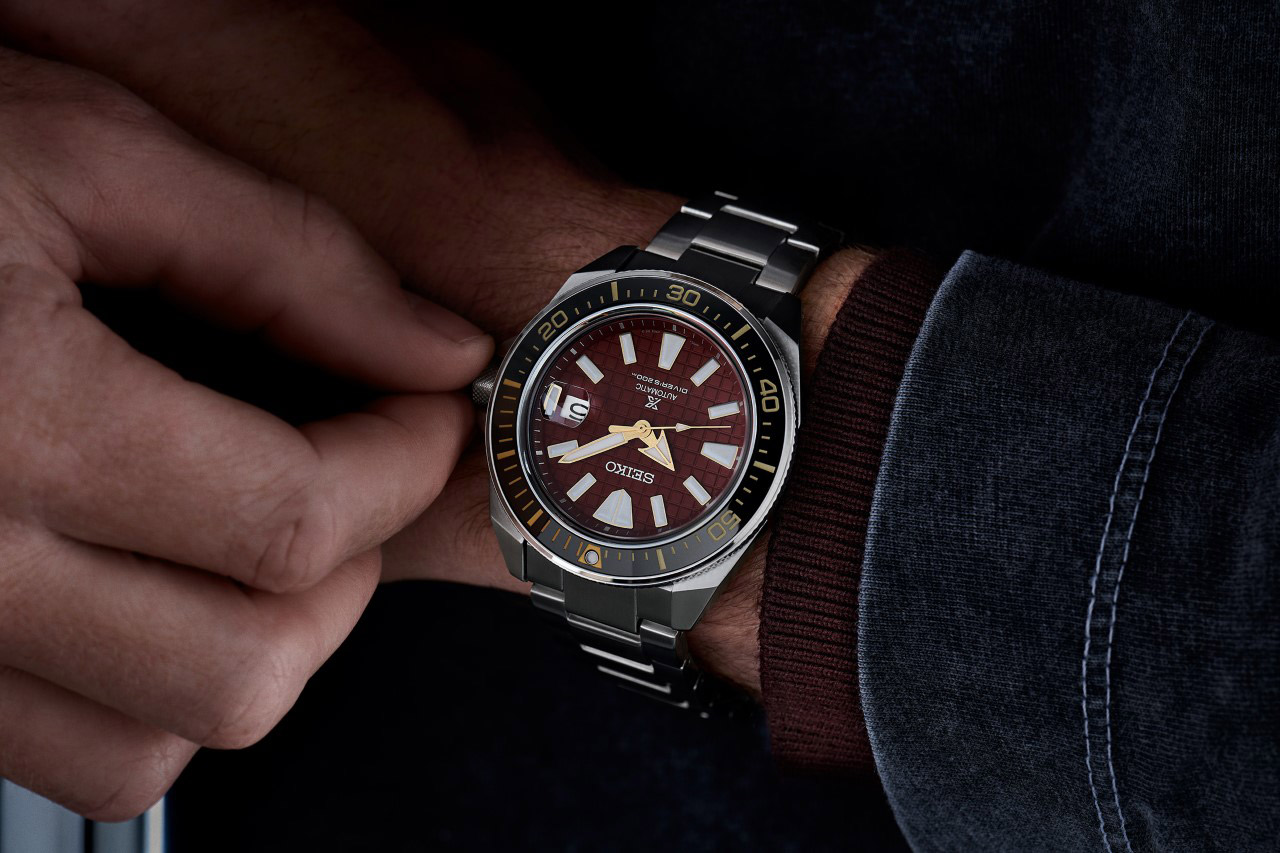 However, there’s a benefit to only tweaking the dial because it means the Prospex Shu-Iro ‘Samurai’ European Exclusive only cost mildly more than its non-limited siblings. It has a price tag of £660, which is only £80 more than the regular models. It’s also not particularly limited with 3,500 up for sale, exclusively across Europe.