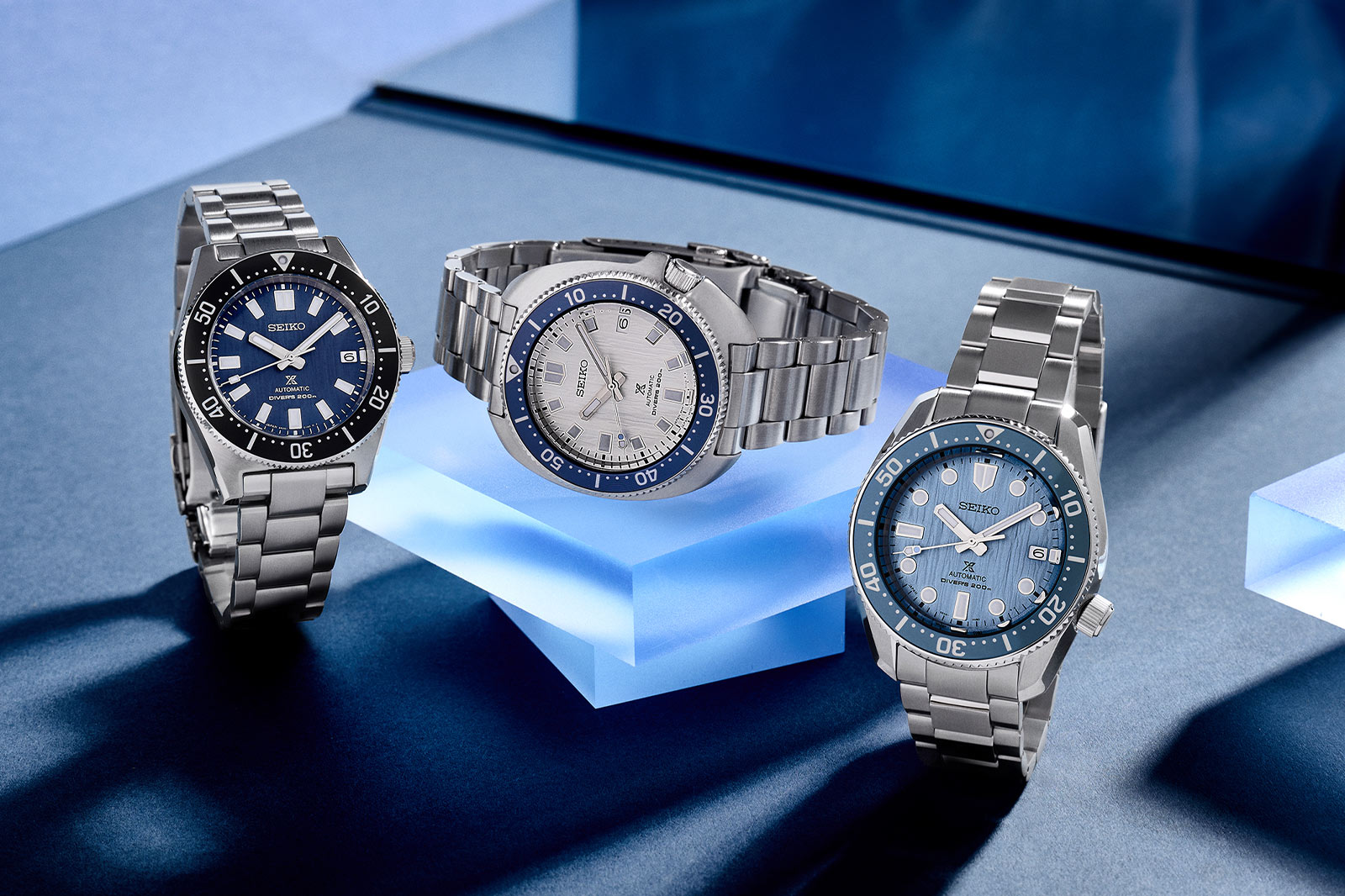 Seiko are fans of delving into their heritage to create modern re-creations, like, a lot. So it’s a good thing that the results are often impressive and supportive of Seiko’s Save the Oceans initiative. The latest trio of Prospex Save the Ocean special editions 2022 are inspired by watches from 1965, 1968 and 1970 in glacial shades. 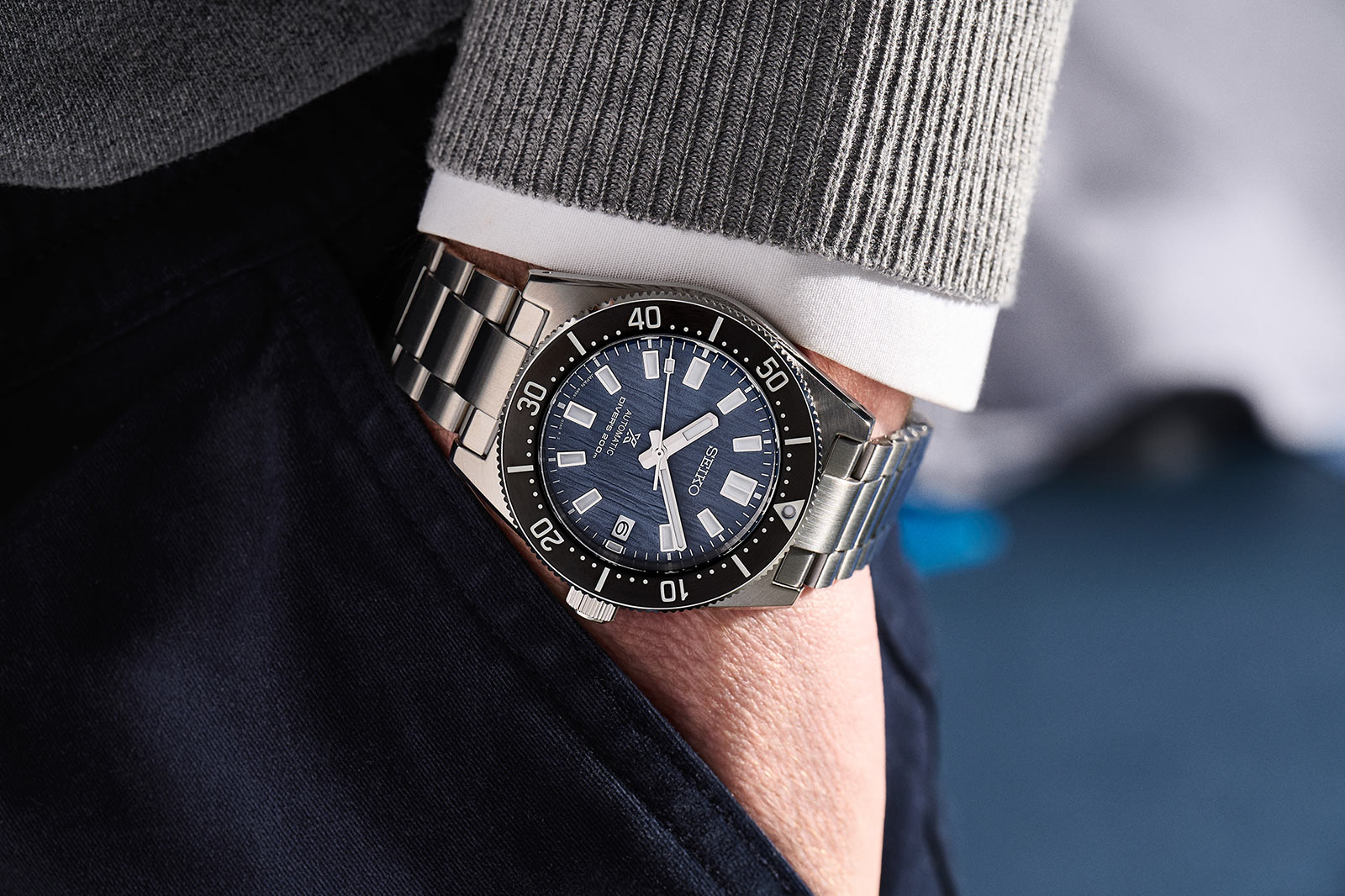 With a 40.5mm diameter case in stainless steel and 200m water resistance, the SPB297 is inspired by the first Seiko diving watch from 1965. The modern version has a blue, glacial textured dial with applied indexes. The glacier dial reflects its role as part of the Save the Oceans initiative, which supports marine charities and explorations in the Arctic and Antarctic. Additionally, the indexes and hands are coated with lumibrite for improved legibility underwater.

Inside it houses the Seiko 6R35 automatic movement, a calibre that still wows despite being pretty common. The 70-hour power reserve puts it in a league above other widely used movements from the likes of Sellita and ETA. 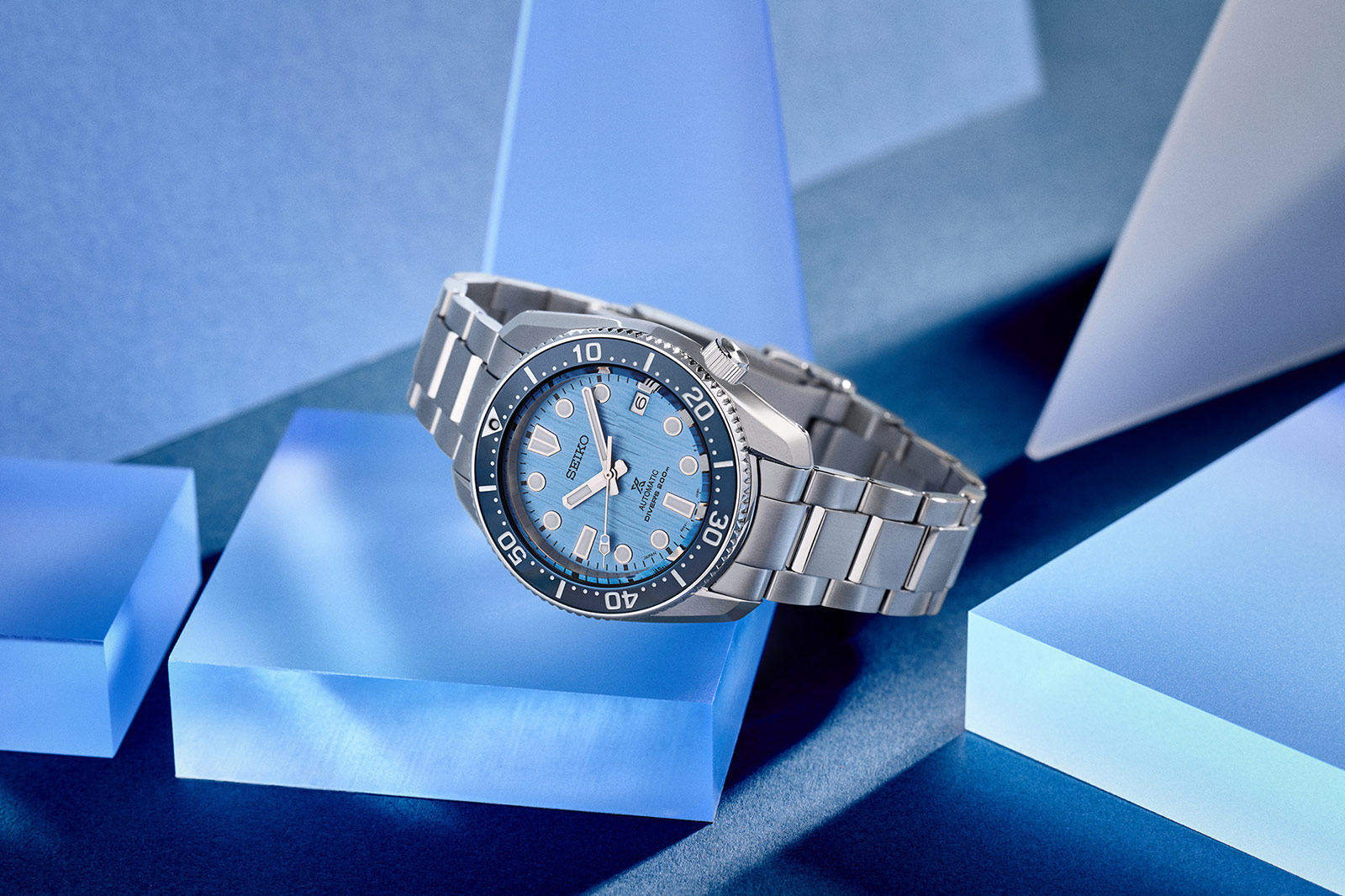 In 1968 Seiko had been dabbling in dive watches for a few years, gaining expertise in the field and developing some landmark watches. Most notably achieving a water resistance rating of 300m, although somewhat bizarrely the modern re-interpretation of that watch only has 200m water resistance. This is also the second time Seiko have used the 1968 watch as inspiration in recent memory, as at the end of last year they launched the Prospex ‘Antarctic Ice’ 1968 Professional Diver’s Re-Creation SLA055 and SLA057.

However, the new version features an updated dial in icy blue with glacier texture. And in comparison to the SPB297 above, it has a more facetted case, which is also larger at 42mm in diameter. 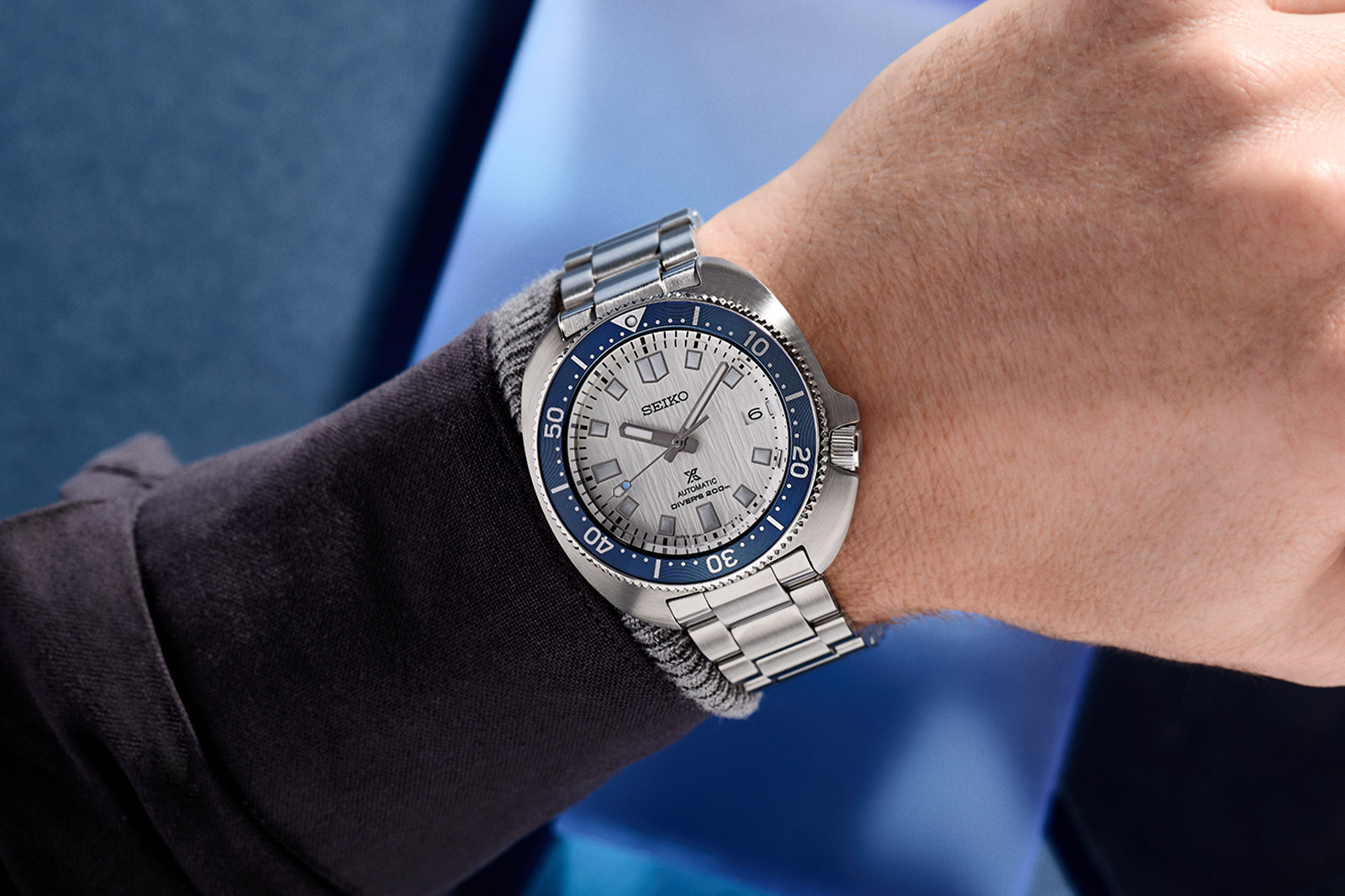 This watch is inspired by the 1970 timepiece worn by legendary explorer Naomi Uemura on his 1974 and ‘76 expeditions. In fact, Seiko launched another re-interpretation of it last year with the Prospex 1970’s Diver’s Modern Re-interpretation, dedicated to the life of Uemura.

The 2022 edition completes the trio of glacial dials, this time in white with a blue bezel. The dials on all three are great and have a distinctly Grand Seiko flair, perhaps justifying their prices which are less accessible than most Seikos. The stainless steel case is larger again at 42.7mm and is asymmetrical with a pronounced crown guard at 4 o’clock. Like the other Prospex Save the Oceans Special Editions 2022, it also houses the Seiko 6R35 automatic calibre.