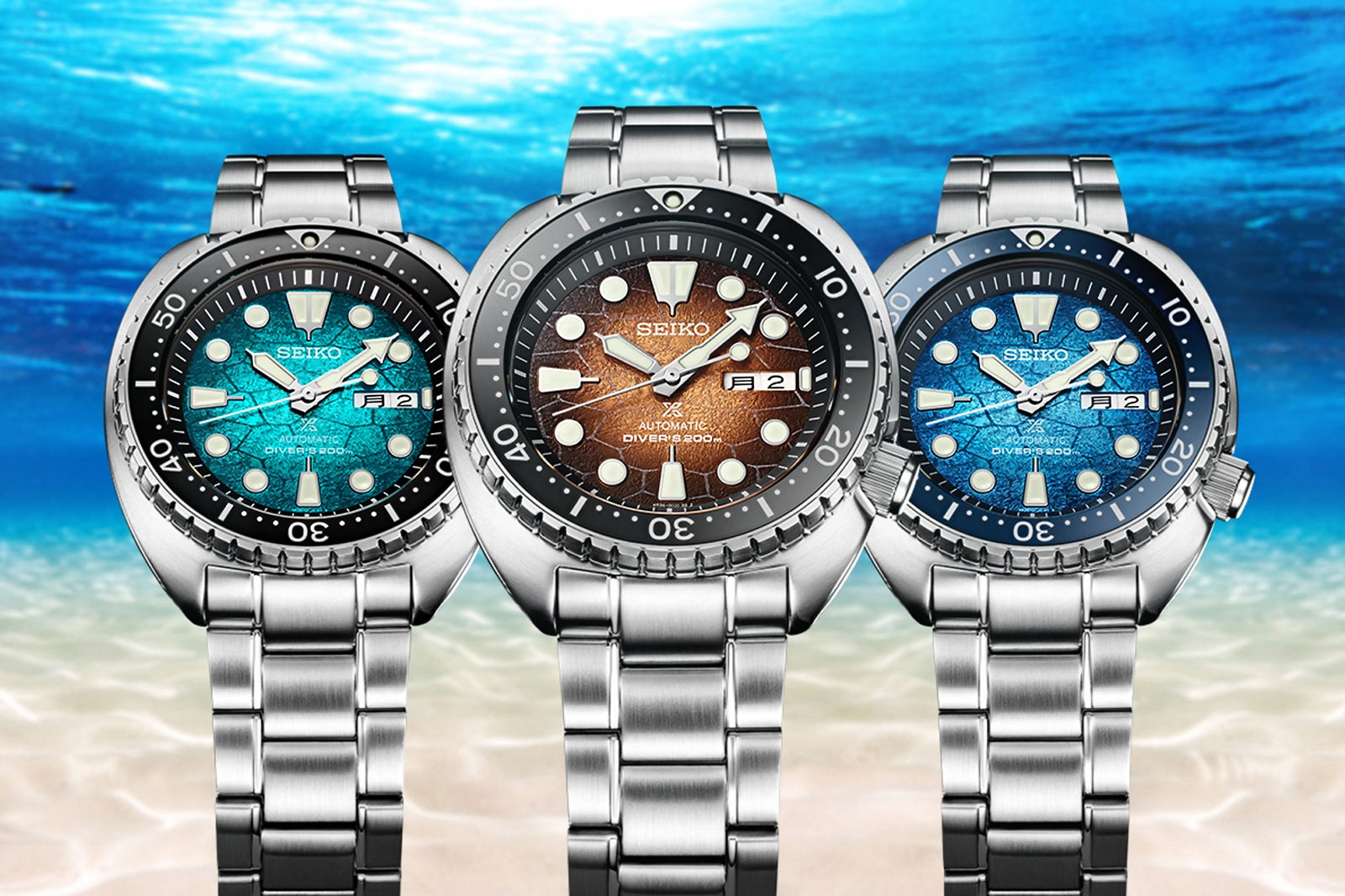 The Seiko Prospex diving watch has long been referred to as the Turtle or King Turtle watch thanks to its distinctive cushion shaped case. However, Seiko have never really leaned into that theme beyond broadly ocean-inspired aesthetics. At least, that was the case until now, because they have released three Prospex King Turtle U.S. Exclusives with turtle shell style dials.

Structurally, these are nothing we haven’t seen before. They have large 45mm diameter cases in stainless steel, although the compact design stops them wearing too large. Additionally, a sapphire crystal provides plenty of scratch resistance because the Turtle has always been a practical tool watch. 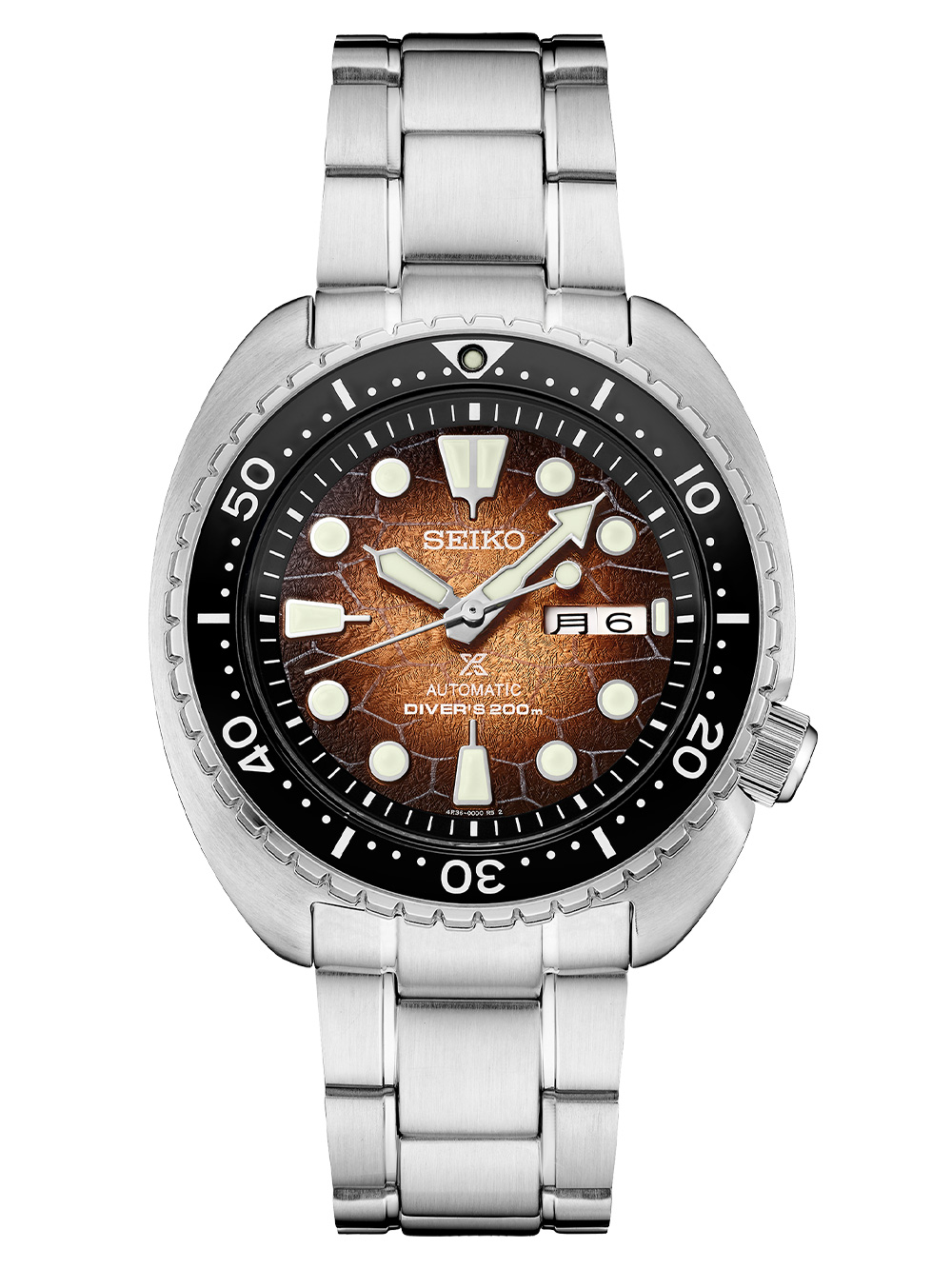 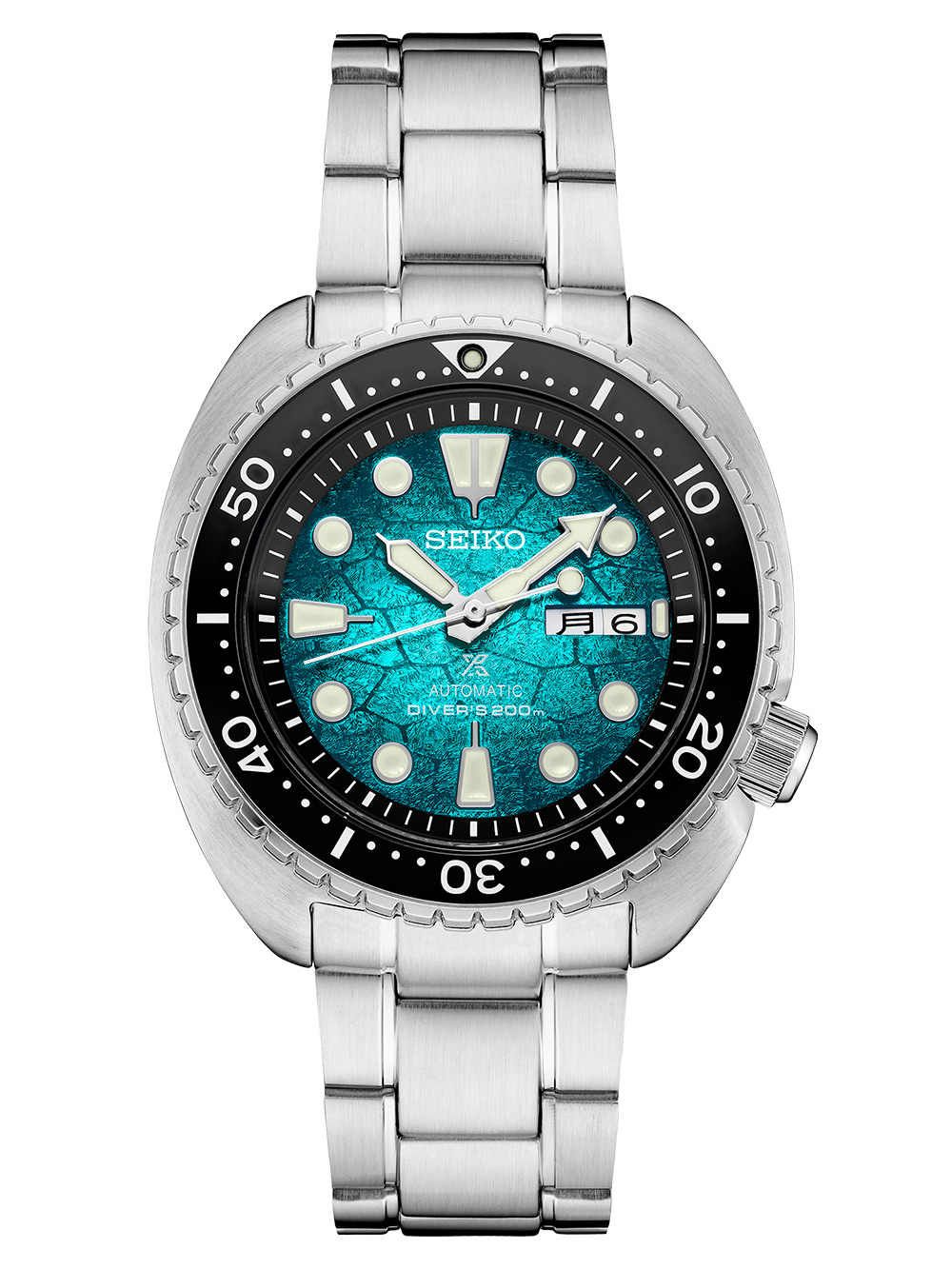 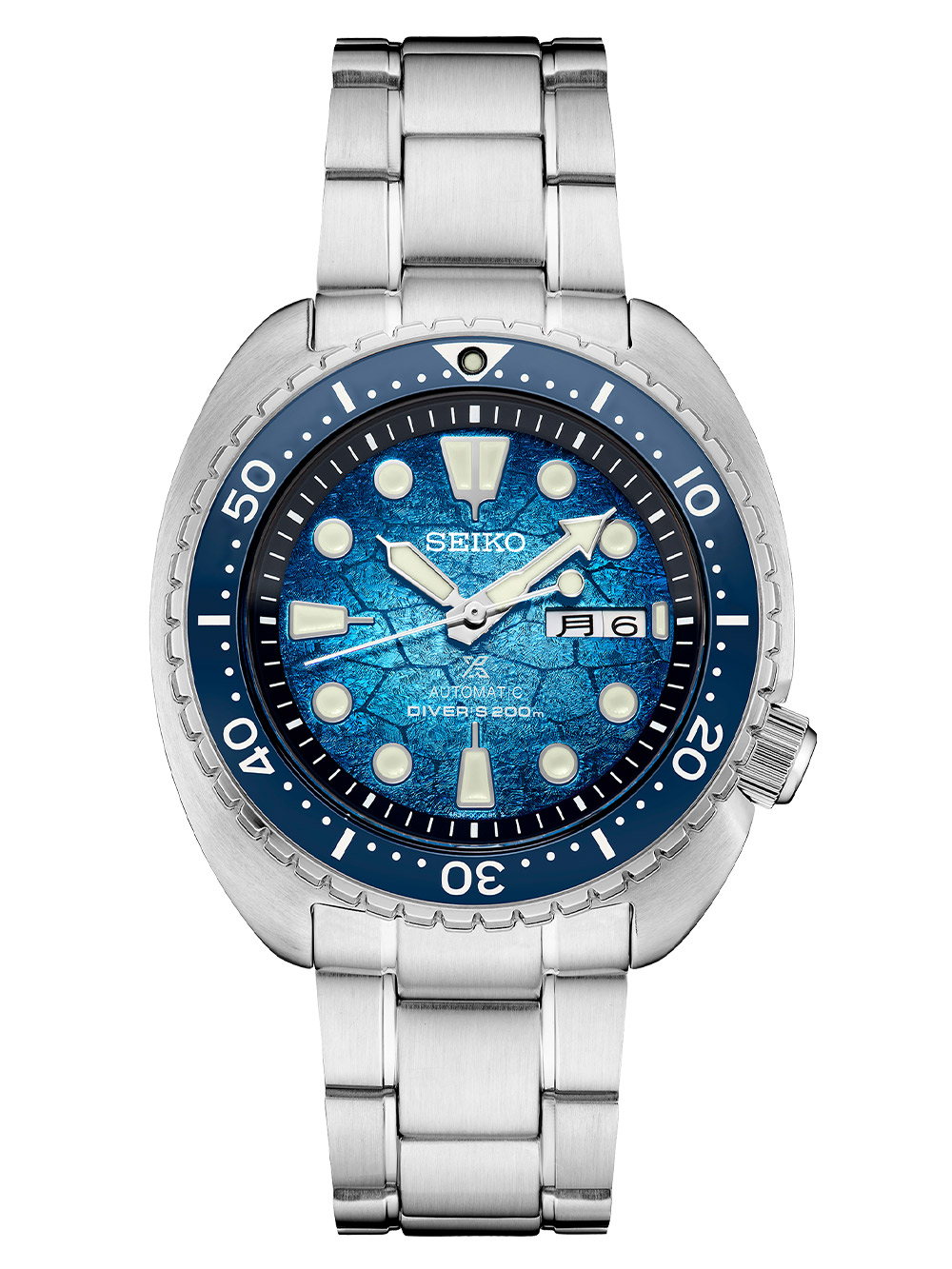 However, the meat of the new editions (which by the way are called SRPH55, SRPH57, and SRPH59) are the dials. They each have a turtle shell pattern over the top of a faintly metallic background with a gradient. The three versions have different colour bases with the first being a brown, copper-ish colour, the second turquoise and the last blue. 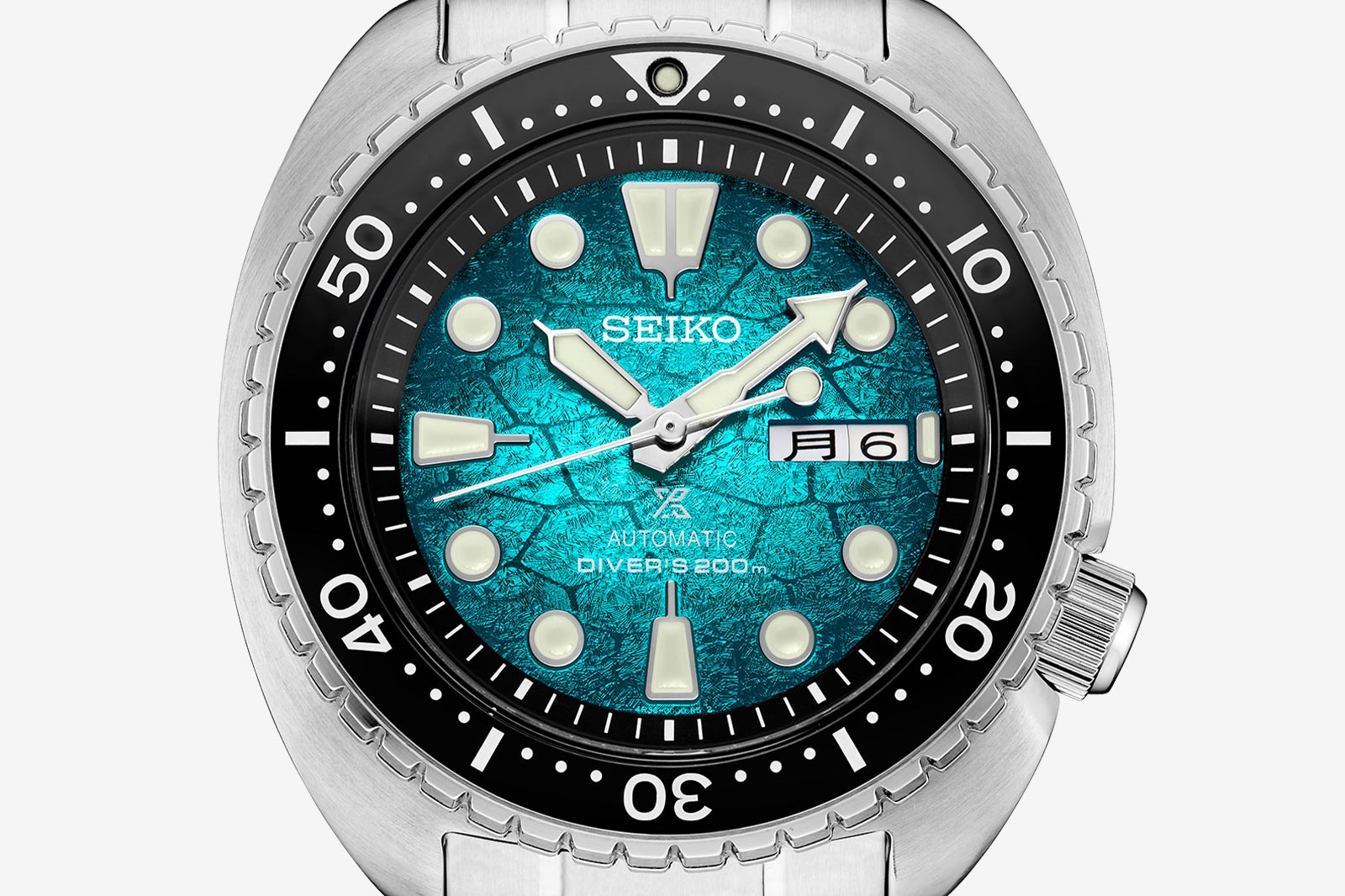 As mentioned before, it’s surprising that a watch called the King Turtle hasn’t already been made with this motif. But it seems Seiko were saving it for a special occasion because alongside the trio of watches they’ve announced their sponsorship of the Oceanic Society, the first American non-profit conservation organisation dedicated to protecting the world’s turtles. 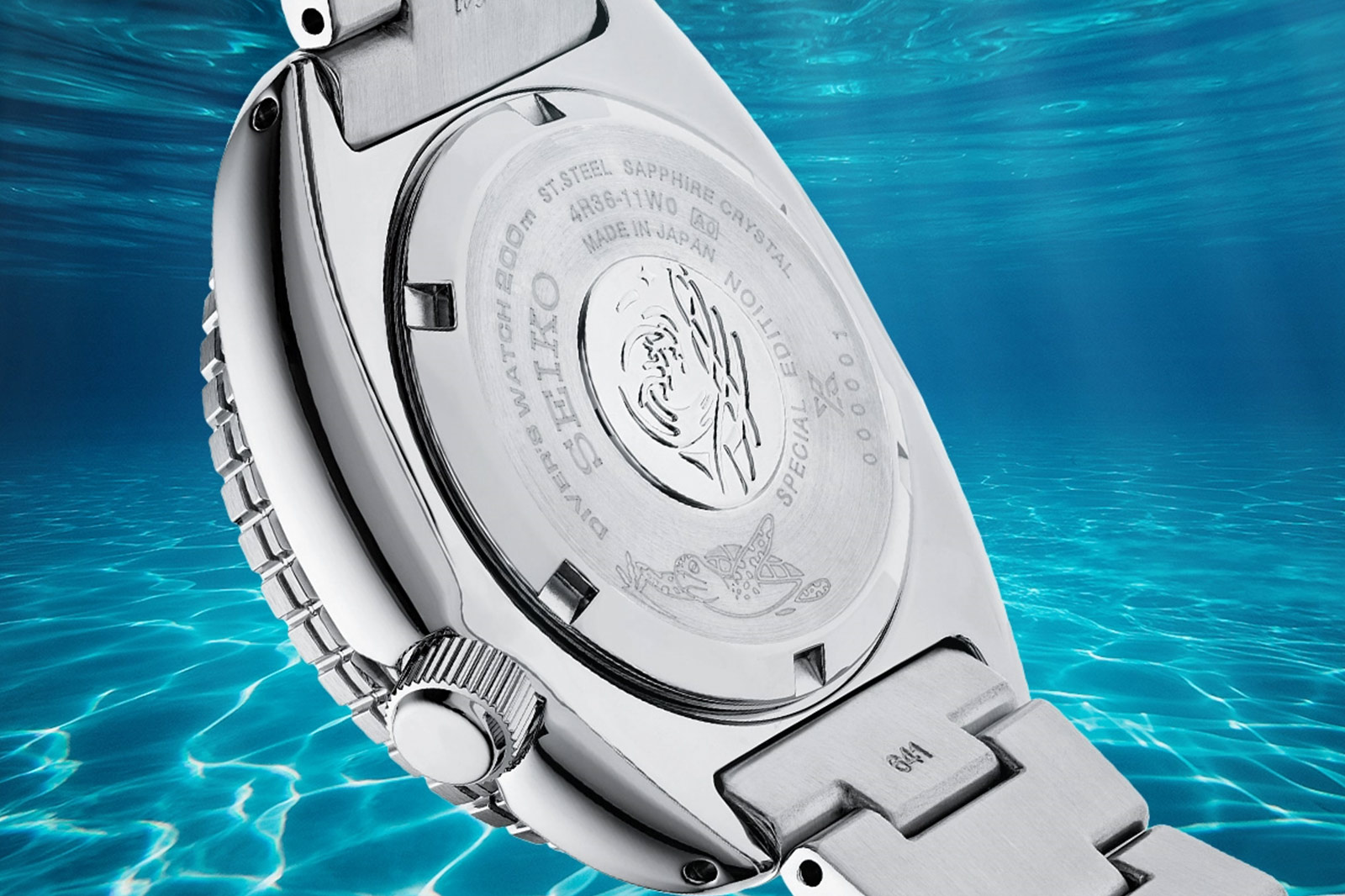 That’s about it for the new stuff though. Inside it houses the ever reliable 4R36 movement, which has an adequate 41-hour power reserve. And then it comes on a classic steel bracelet or a silicon strap.

They are highly collectable watches simply for the fact that they’re the first turtle Turtle watches. Plus, they won’t break the bank at $750, with part of the proceeds from each sale going directly to the Oceanic Society. If you’re in America and looking for a practical tool watch with solid diving specs and a little visual flair that also supports good causes, look no further.