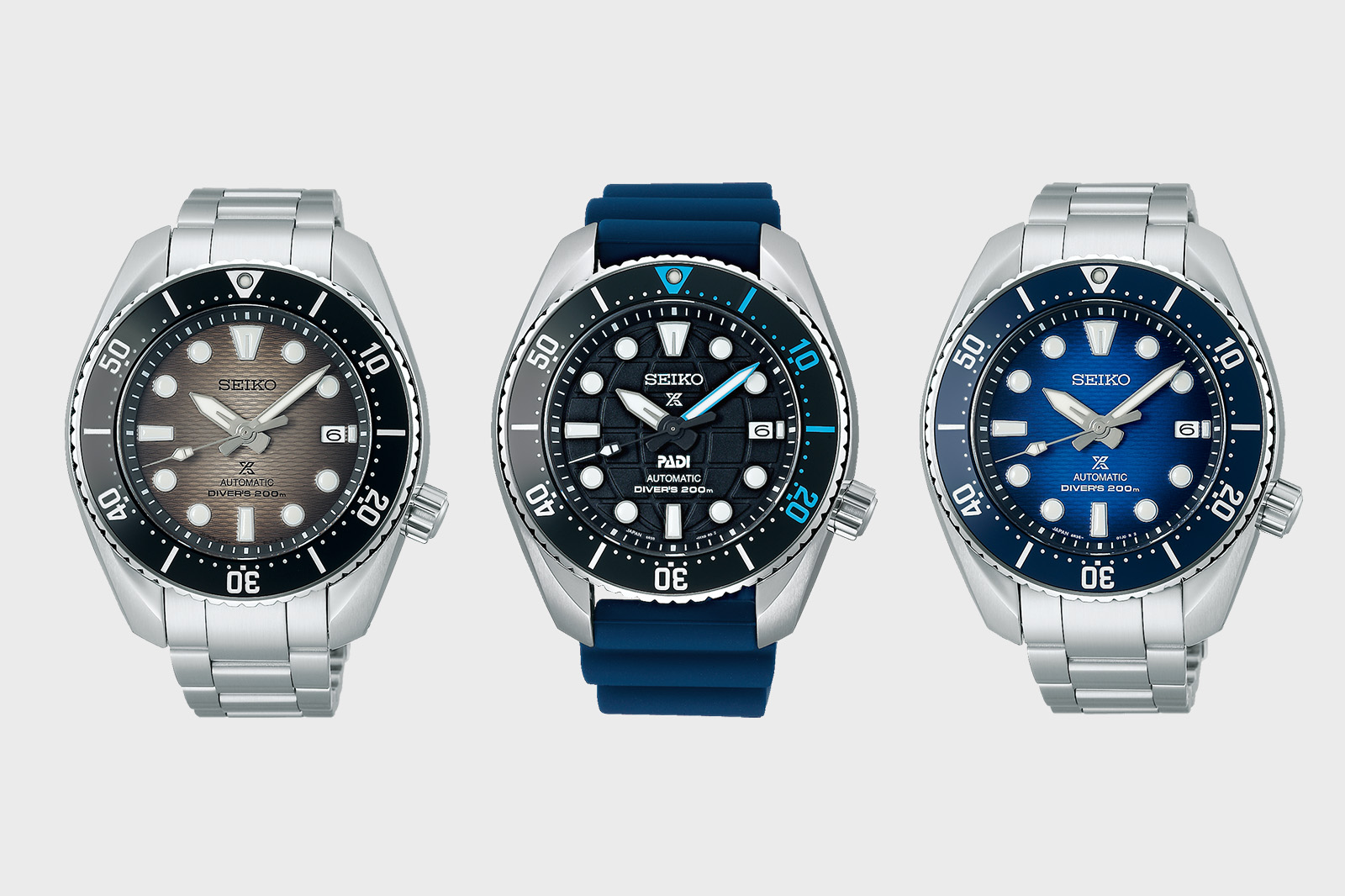 A few days ago I was working on the Oracle Time Guide to Every Seiko Collection and while I was researching that article it struck me as strange that of all the Prospex collections the Sumo appeared to have been left behind by Seiko. Yes, its 45mm diameter make it controversial among collectors but it has such strong design principles that it would be a shame to see it fade into history. Thankfully that’s confirmed not to be the case as Seiko have just launched three new Prospex Sumo models, modernising the collection and earning them the moniker King Sumo – the SPB321J1, SPB323J1 and SPB325J1.

To decode Seiko’s incomprehensible reference numbers, the SPB321J1 is known as the Blue Gradation, SPB323J1 is the Grey Gradation and SPB325J1 is the PADI (Professional Association of Diving Instructors) edition. All three have the classic 45mm Sumo case in stainless steel, although they have now been given a super hard coating to boost the durability and scratch resistance of each piece. 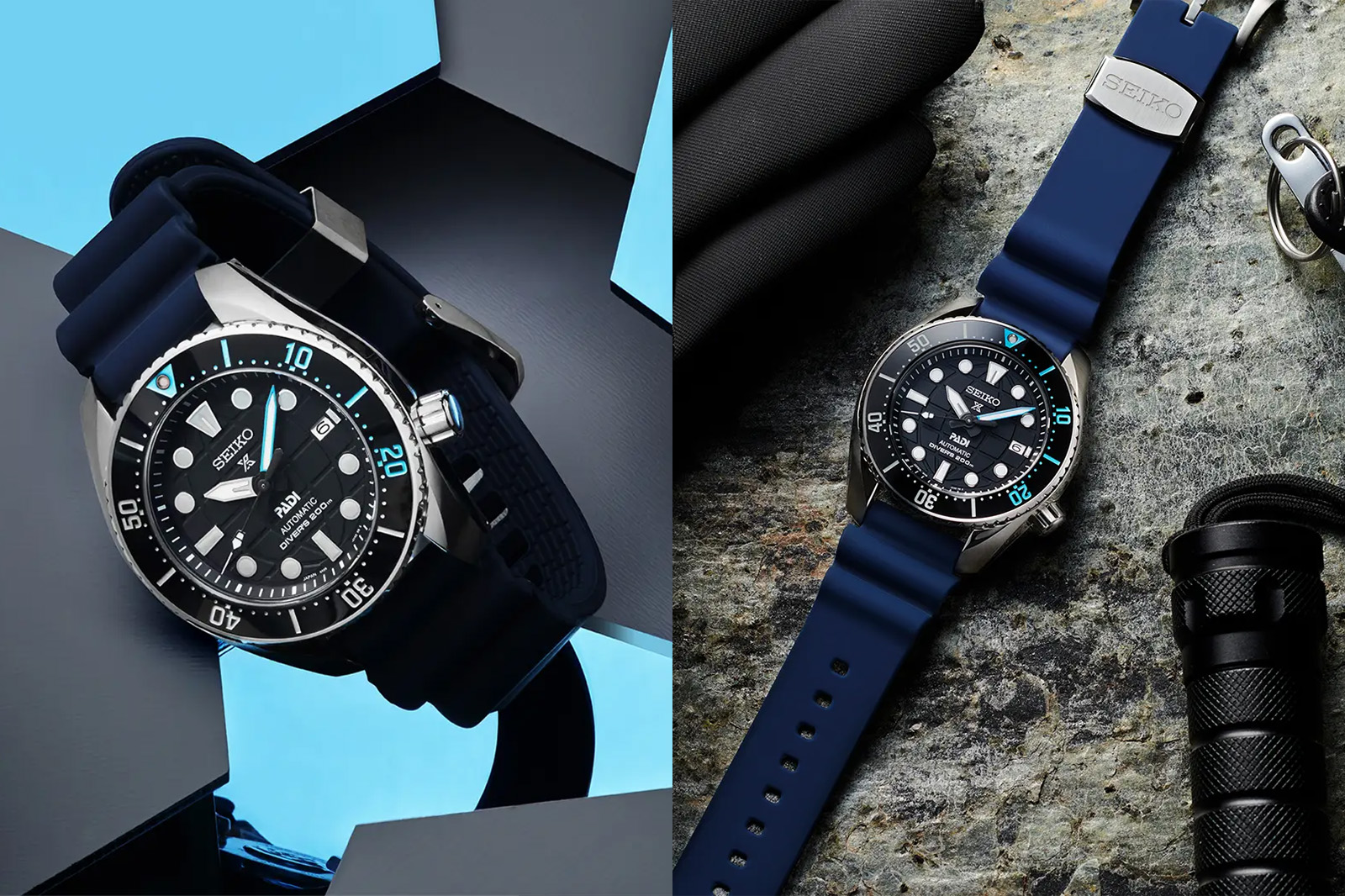 Speaking of scratch resistance, another aspect of modernisation that makes these Sumos ‘King Sumos’ is that they have ceramic bezels. Ceramic is a high tech material that’s incredibly hard wearing meaning that any bumps on the ocean floor won’t damage the all important diving scale on the bezel. Additionally, ceramic retains its colour and won’t fade, meaning the blue of the Blue Gradation’s bezel and the coloured scale of the PADI will remain the same over time.

The final major update for the Prospex King Sumo SPB321J1 and SPB323J1 (the two Gradation watches) is that they introduce a new three link steel bracelet designed specially for the Sumo collection. It’s similar to the previous bracelet but it shapes to the Sumo case’s lugs a bit better. The PADI edition comes on an accordion-style silicone diving strap, a design that first debuted in 1975.

Inside, all three house the same movement, which is the Seiko 6R35 that was also used in previous Sumos. It’s one of Seiko’s higher spec automatic calibres with a 70-hour power reserve, which hits that sweet spot of being weekend proof.

As for pricing, the Prospex King Sumo SPB321J1 and SPB323J1 Gradation models are £1,070 and the PADI edition is £940. That’s a pretty big jump up from the £740 of previous editions but as the King Sumos are additions to the collection rather than replacements, they offer a higher spec alternative if accessibility isn’t a concern to you.