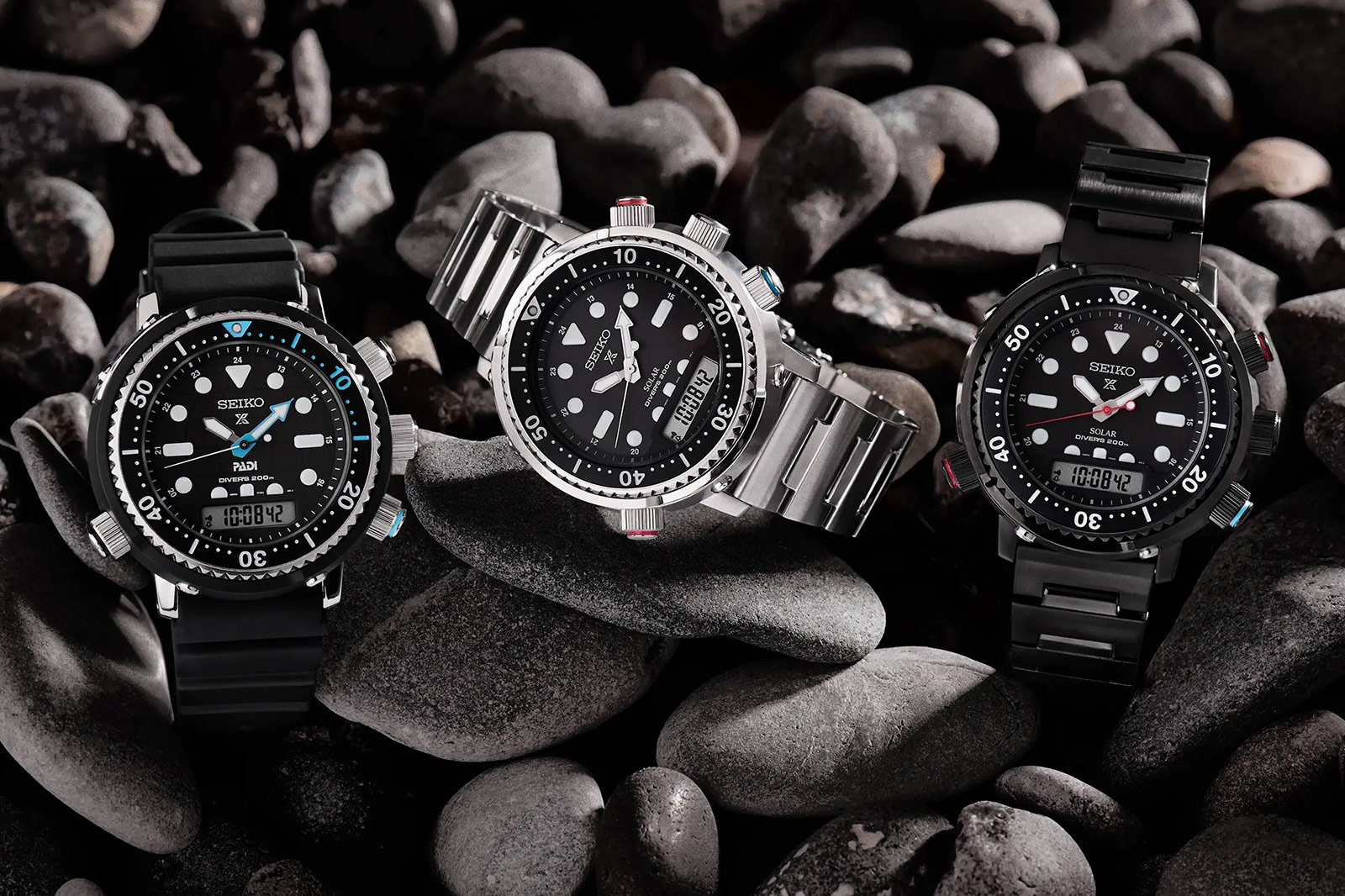 The Hybrid Diver’s, also known as the Arnie because Arnold Schwarzenegger wore on in the film Commando, is a watch that by its very nature straddles two worlds. On the one hand it has an analogue display for that traditional dive watch aesthetic and appeal, while on the other it has a digital display for anyone who actually wants a practical diving watch. It was a world first when it first launched in 1982 and now Seiko are celebrating its 40th Anniversary with new re-interpretations and a limited edition.

In terms of design, the Arnie is a sub-collection of the Prospex Tuna, which is known for its massive, macho case sizing of 46.92mm, in stainless steel. The three 40th anniversary editions are the SNJ035P1 PADI in black and blue, SNJ033P1 in full grey steel and lastly the limited edition SNJ037P1 in stealthy black, an homage to the watch worn by Arnie in Commando. 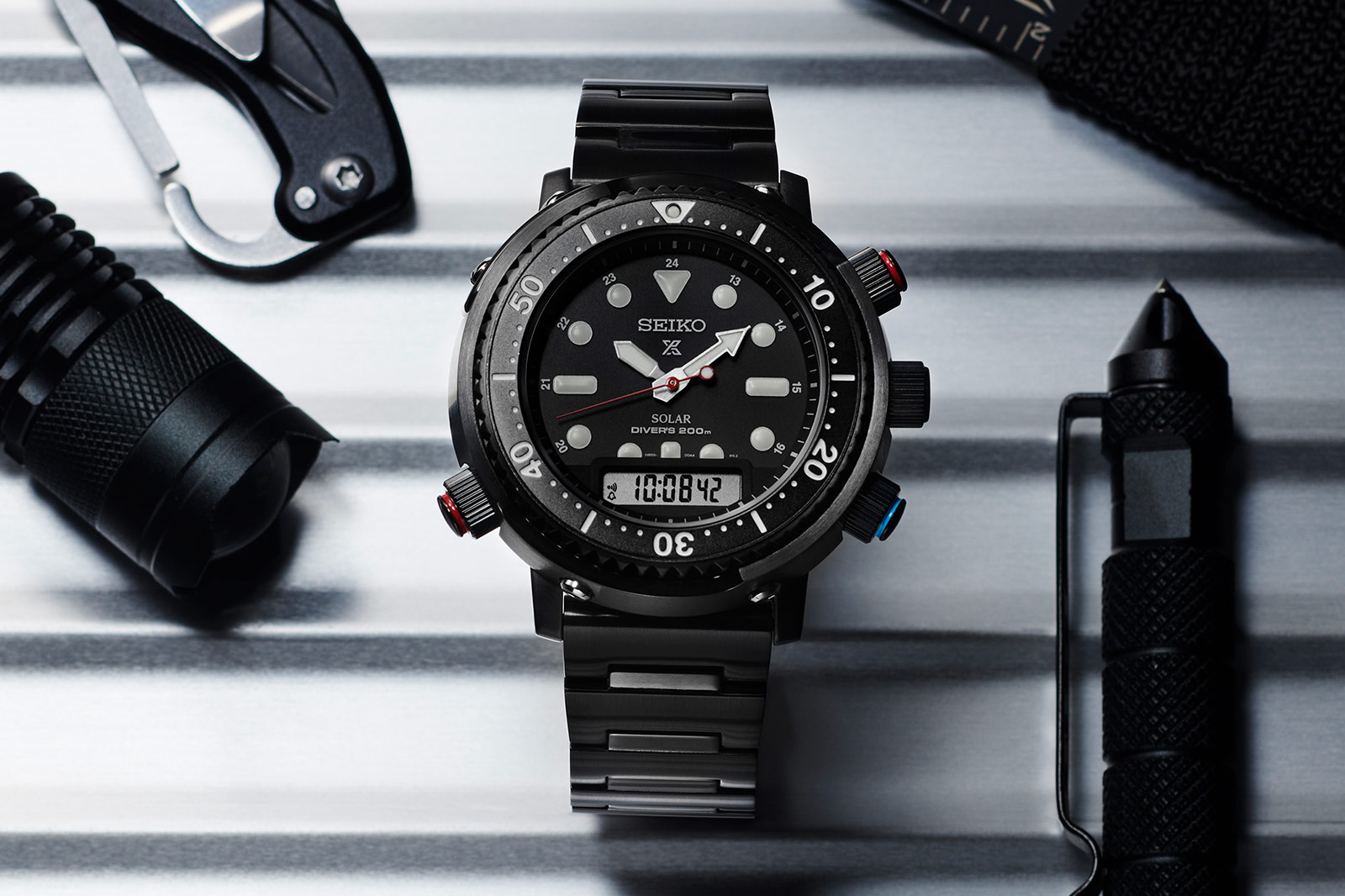 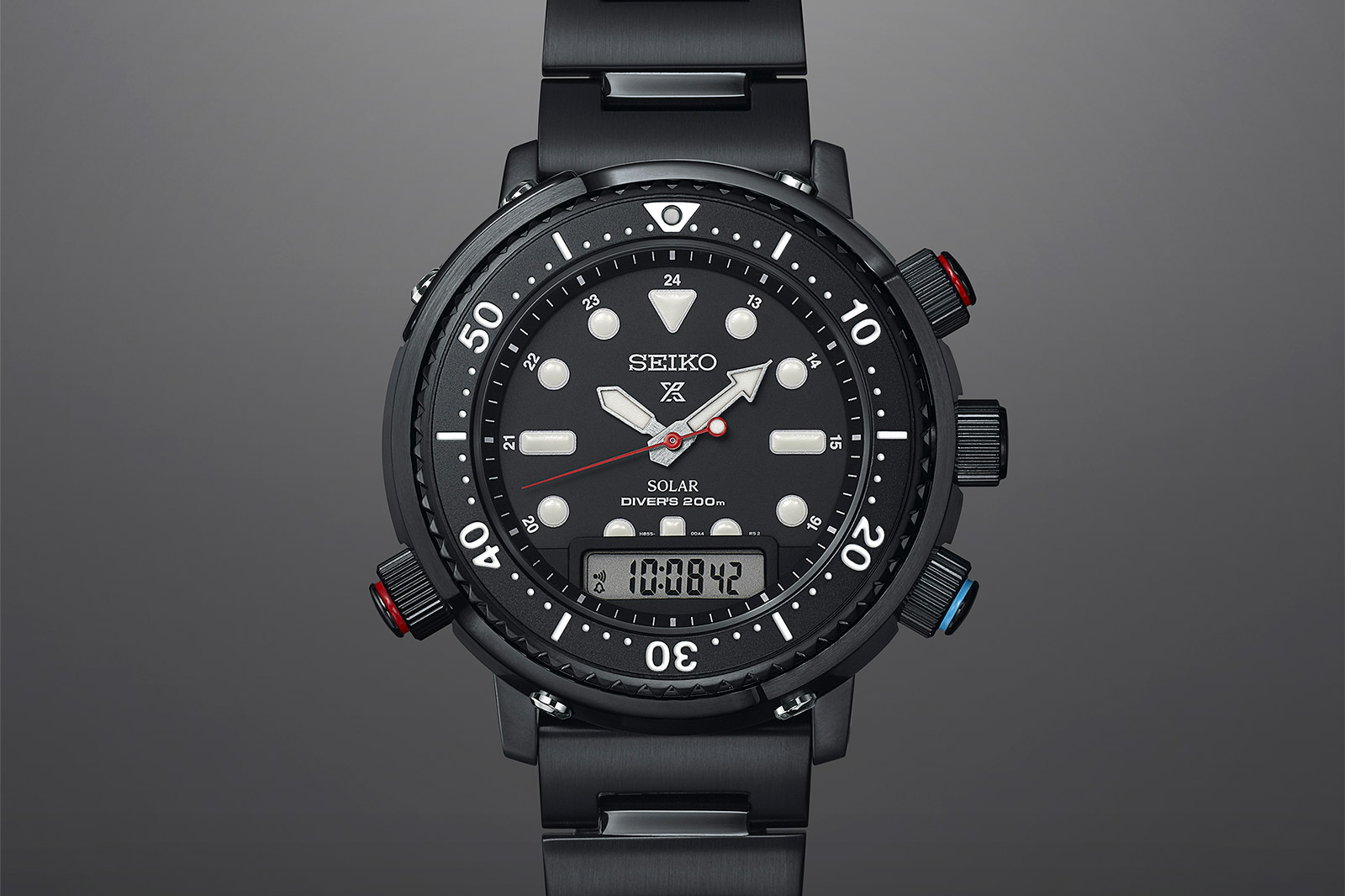 Powering the Hybrid Diver’s 40th Anniversary editions is a new movement, the calibre H855 solar quartz. It provides a larger digital display at 6 o’clock and has diving log, depth measurement and temperature measurement functions. It also has a chronograph function with a central chronograph seconds hand. The versatility of its functions and broad utility makes it ideal for adventuring and scientific exploration, such as the Japanese Antarctic Expedition Seiko engage with. 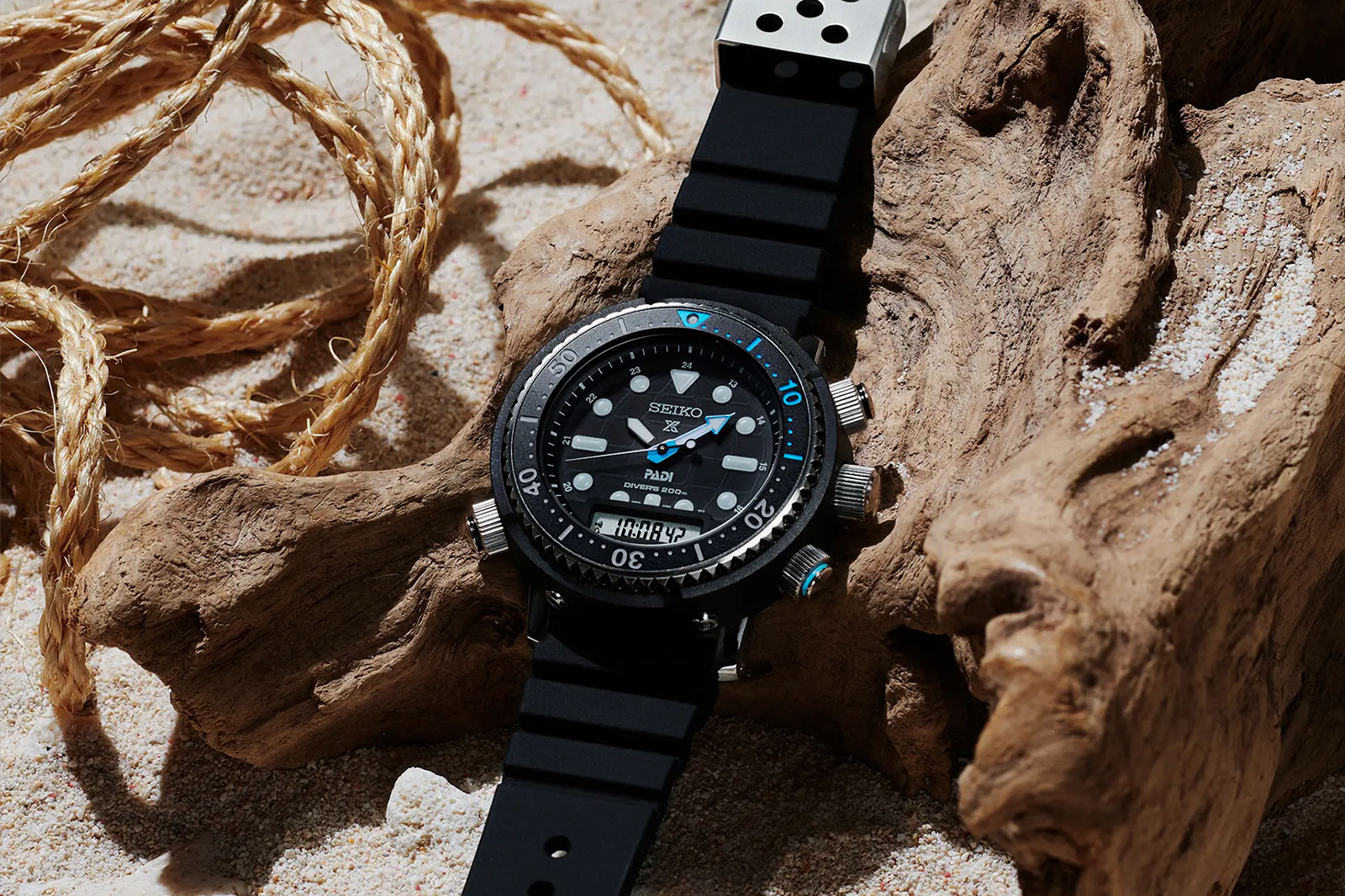 The three versions each have different prices ranging from £570 for the PADI and Solar ‘Arnie’ and £650 for the Solar ‘Commando Arnie’ limited edition. Although with 4,000 pieces available the limited edition isn’t the most exclusive around and if you want one, you can likely procure one. If you want to go full mechanical diver, Seiko have also launched a new Heritage Turtle.