“It’s a sackable offence this collection. It’s a punked-up McQueen It girl parody of a certain ideal, of a woman who never existed in the first place.” So said Alexander McQueen allegedly, regarding his upcoming autumn/ winter collection in February 2009, a month before his ground-breaking work was shown in Paris. Entitled ‘The Horn of Plenty: Everything But The Kitchen Sink’, McQueen apparently added “It’s Audrey Hepburn in Breakfast at Tiffany’s. It’s Dior. It’s Valentino’s ladies who lunch… I want people to look at it and say, ‘What’s that? What’s that? What’s that? What’s that? What the hell is that?’”

Revered in equal parts for his exquisite, knife-sharp talent and enfant terrible temper – a hallmark so his friends said of his perfectionism and clarity of vision – McQueen, known to those closest to him as Lee, certainly succeeded in shocking the hell out of the fashion industry. I remember sitting at that show, wedged between a too-cool-to-care Parisian fashion stylist and a Japanese editor who kept sighing rapturously and drawing tiny sketches in her notebook. Meanwhile, a host of models swayed by mesmerisingly in ultra-high platform heels like deranged Bambis, wearing Cruella de Vil prints and Marilyn Manson make-up, crowned by sculptured hair in which nestled an array of spray-painted Coke cans and upturned umbrellas.

The New York Times dubbed it ‘exceptional’, while one magazine editor dismissed it as ‘a collection inspired by WALL-E’; in fact this unforgettable show was nothing short of an event amidst the ever-tasteful backdrop of Paris Fashion Week. As a British fashion and beauty writer living in Paris at the time, local friends in the fashion industry remarked afterwards, for what seemed like weeks on end, that this was an example of the daring, avant garde elegance and unstoppable humour of British fashion at its best. I couldn’t have agreed more – and I wasn’t the only one. Miranda Almond, British Vogue’s fashion editor, wrote that it was “the kind of show that puts your faith back in fashion.” 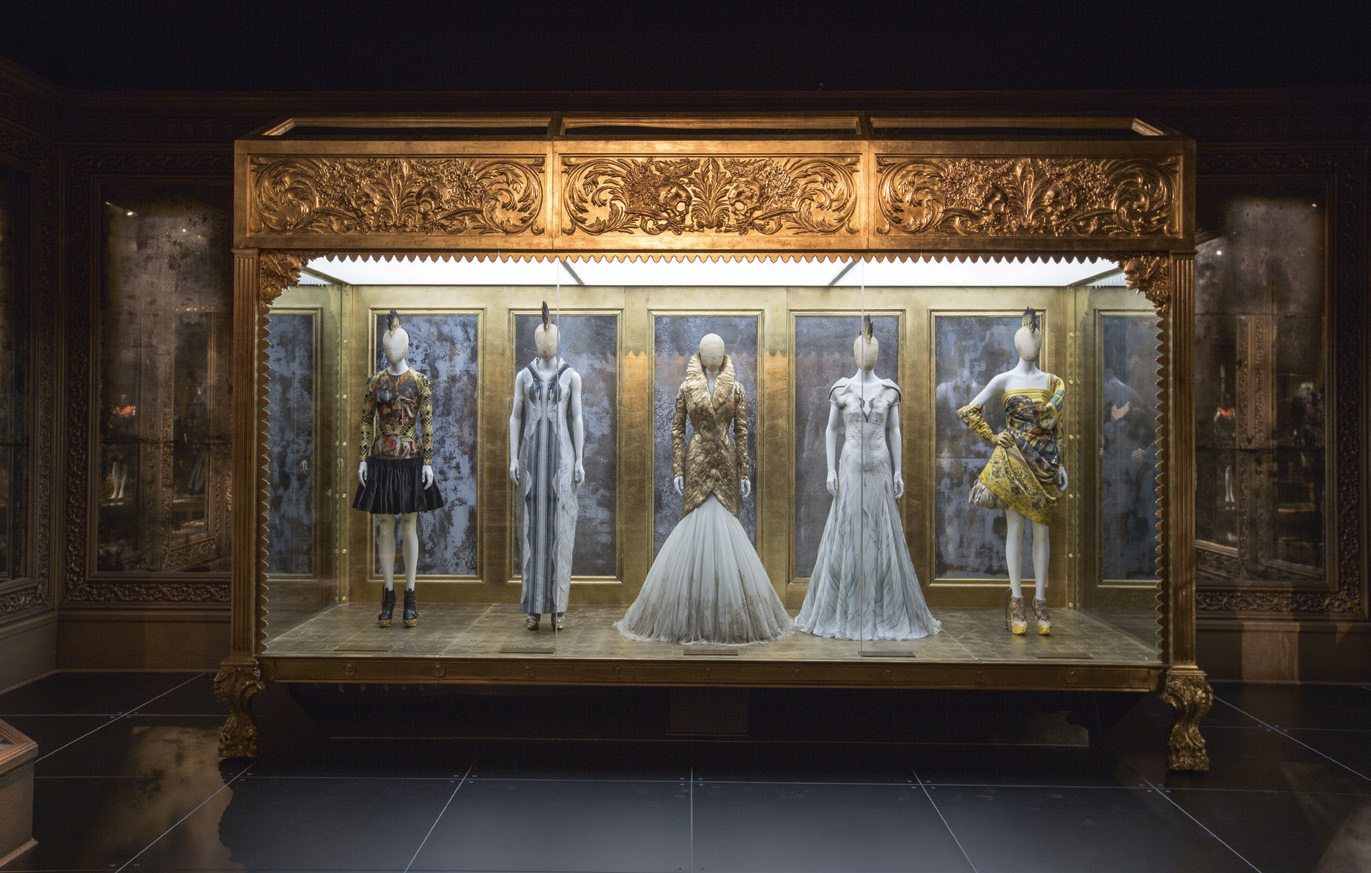 Of course, this show became a landmark spectacle not only because McQueen was about to turn 40 and had said he considered it “his last collection as a young man”, but because as a striking retrospective of his previous collections – with all the paraphernalia and wonderfulness that made an Alexander McQueen collection into that iconic mash-up of punk and perfect – there was a haunting prescience when viewed with the clear twenty-twenty vision of hindsight. McQueen killed himself on 11th February 2010, following his mother Joyce’s death just days earlier. Now there is talk of a biopic focusing on McQueen’s The Horn of Plenty collection, which will star Jack O’Connell (Unbroken, ’71 and Skins) in the title role and will be directed by the critically-acclaimed Andrew Haigh, with a script based in part on McQueen’s relationship with his mother. Due to debut early next year, the film is set to be an intimate portrait of the visionary designer, exploring McQueen’s creative process in the run up to the collection, where he re-worked and appropriated some of his greatest designs from the past 15 years.

“It was a show that he dedicated to his mother, and one in which he tried to make sense of his life and art,” explains Sophie Glover, Head of Publicity for Pathé UK, who will distribute the film in Europe. “It’s a portrait of the man behind the global brand – a visionary genius whose designs transcended fashion to become art,” she adds. 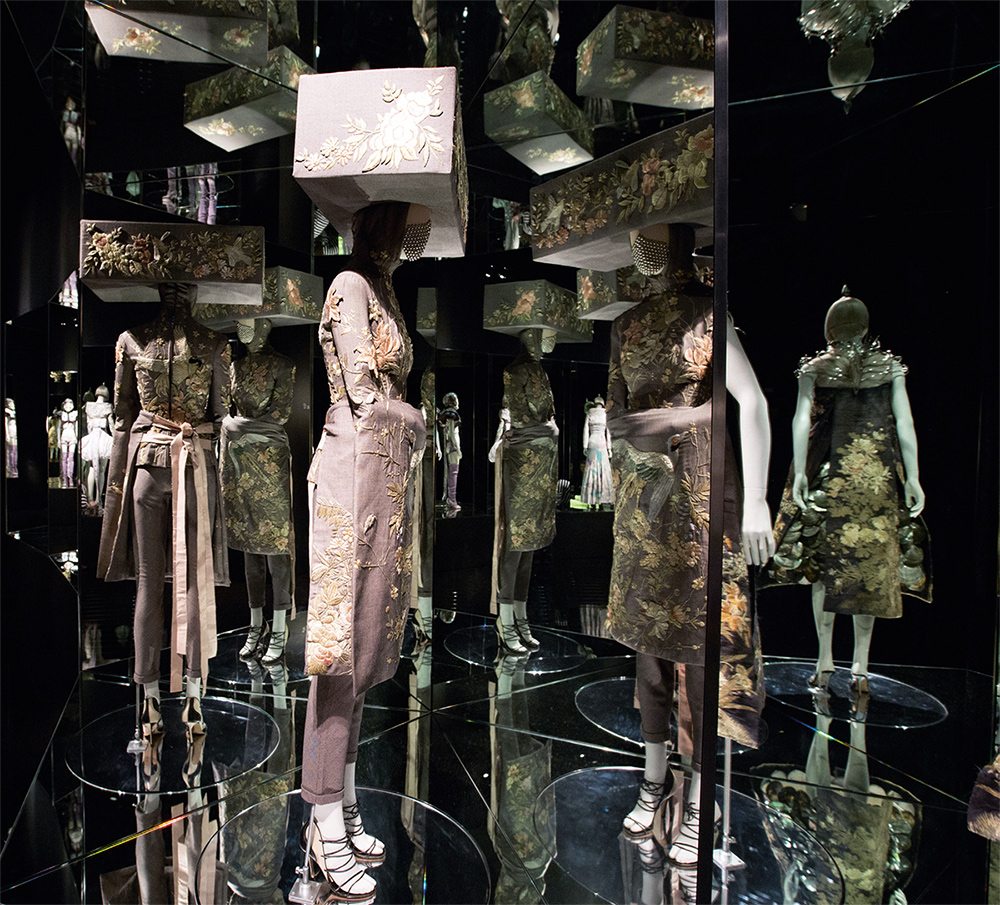 The son of an east end taxi driver who famously grew up on a council estate, Alexander McQueen rose from an apprenticeship on Savile Row to become one of the most respected fashion designers in the world. His lavish, theatrical shows, often featuring extravagant characters straight out of a bloody, historical nightmare, won the praise of critics and celebrities alike, from Lady Gaga to Drew Barrymore, Kate Moss and Michelle Obama. The bold and the beautiful were attracted to his expert cutting skills, his love of opulence and elegance, and his vivid imagination and technical prowess. Truly no-one else could make a black feathered cocoon dress look quite so deliciously appealing as he could. Not only this, but McQueen’s desire to be seen as an artist (he had apparently just been accepted to do an MA in Fine Art at the Slade in London when he put on The Horn of Plenty) meant he could cut through the all-consuming commercialism of the fashion industry with a strange prescience.

“I think people will look back at it and know that we were living through a recession when I designed it,” said McQueen in 2009 of the collection. “That we got to this point because of rampant, indiscriminate consumption.”

As we await the film with the perennial baited breath with which we awaited his runway shows, the success of the V&A Savage Beauty exhibition, which ran from 14th March to 2nd August 2015 and was the first retrospective of McQueen’s work to be shown in Europe, appears to be a promising forecast. Nadja Swarovski, who was first introduced to McQueen by Isabella Blow in the early 1990s, called the breath-taking exhibition “an eloquent tribute to the scale of his talent and to his limitless imagination, which conjured looks that were sometimes wild and challenging, but always exquisitely crafted, and always beautiful.” Indeed, McQueen was that rare creature; a true visionary who pushed boundaries and remained provocative and anti-establishment throughout his successful career. No wonder his story, just like his designs, continues to tug at all our senses. The Coastal Labels Now Docking in the City