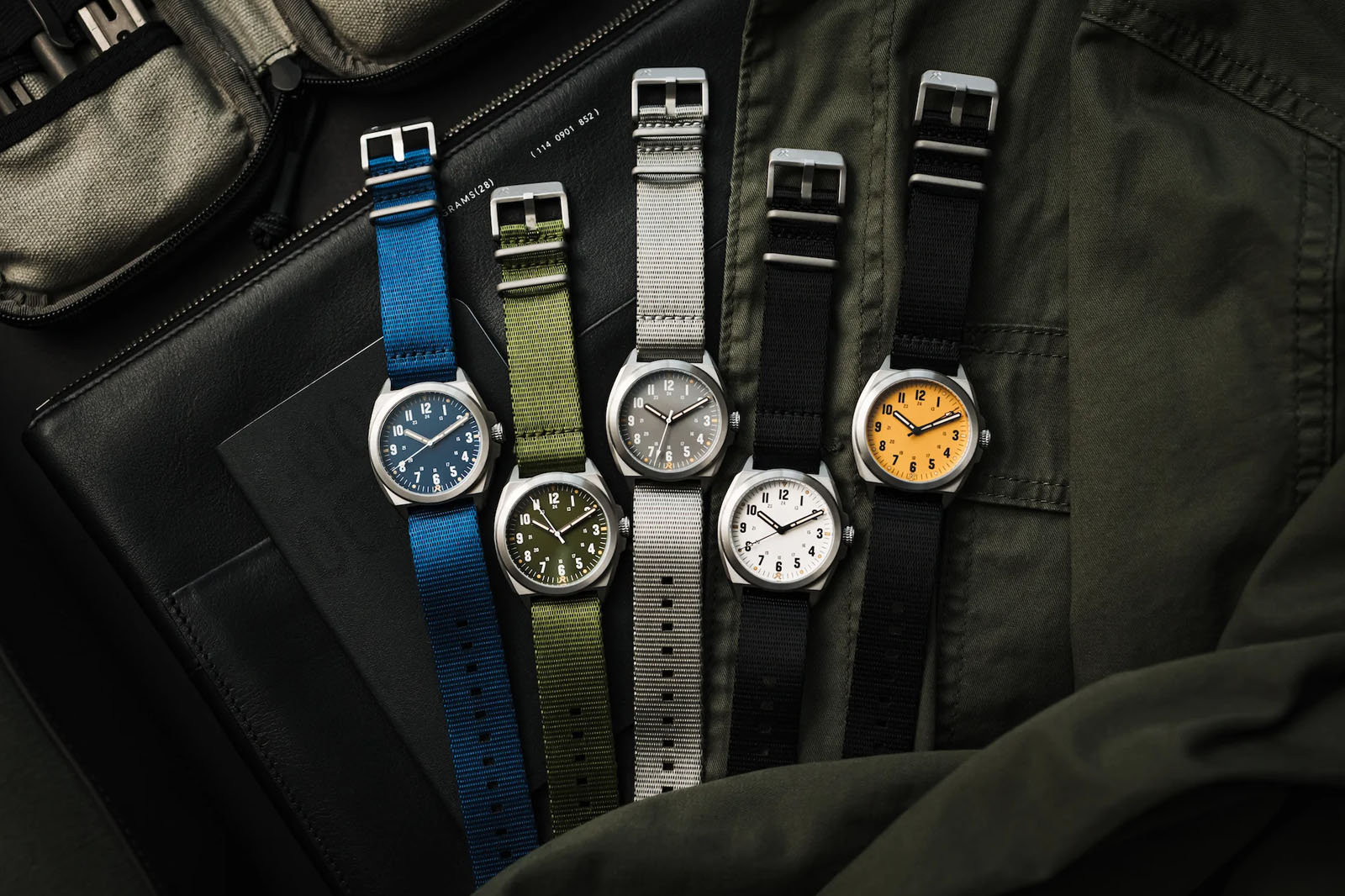 You probably already know the intrinsic benefits of titanium by now. If not, where have you been? It’s the material of the moment. While dress watches come in more colours of gold than a midas-touched rainbow, when it comes to sheer practicality, few metals can beat number 22 on the periodic table, which is why it has been utilised for the RZE Valour 38.

Titanium has the highest strength-to-density ratio of all metals. In layman’s terms, that means it’s less dense, but stronger than anything out there that’s not some cutting-edge polycarbonate. It’s as strong as some steels, but far, far lighter. It also happens to be corrosion resistant, meaning it’s less likely to suffer in the kinds of conditions that, let’s say, some adventure watches find themselves in. 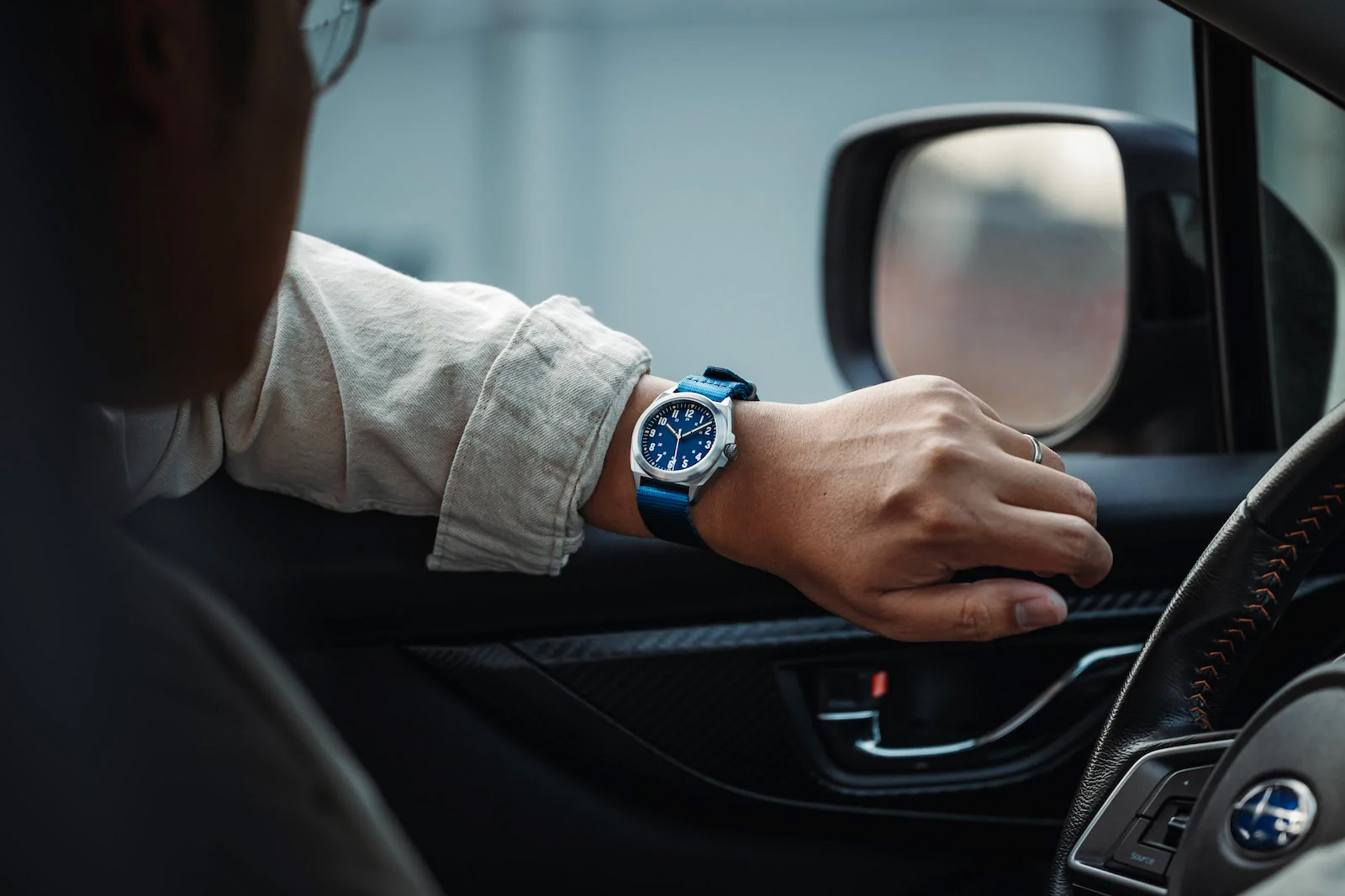 That’s all to say that it currently has a very special and very fitting place in watchmaking, particularly when it comes to tool watches and, I do not use the term lightly, beaters. You know. The kind of watches that will take anything the world throws at them. Whether that includes dragging them to the North Pole or working in a garage, it’s all the same as they’re designed to be abused.

It’s surprising then that, despite the many properties that make titanium arguably the best metal for any tool watch, most watchmakers stick to steel. It’s just easier. It’s also cheaper. Which in turn makes it even more of a surprise that titanium is all that RZE use. 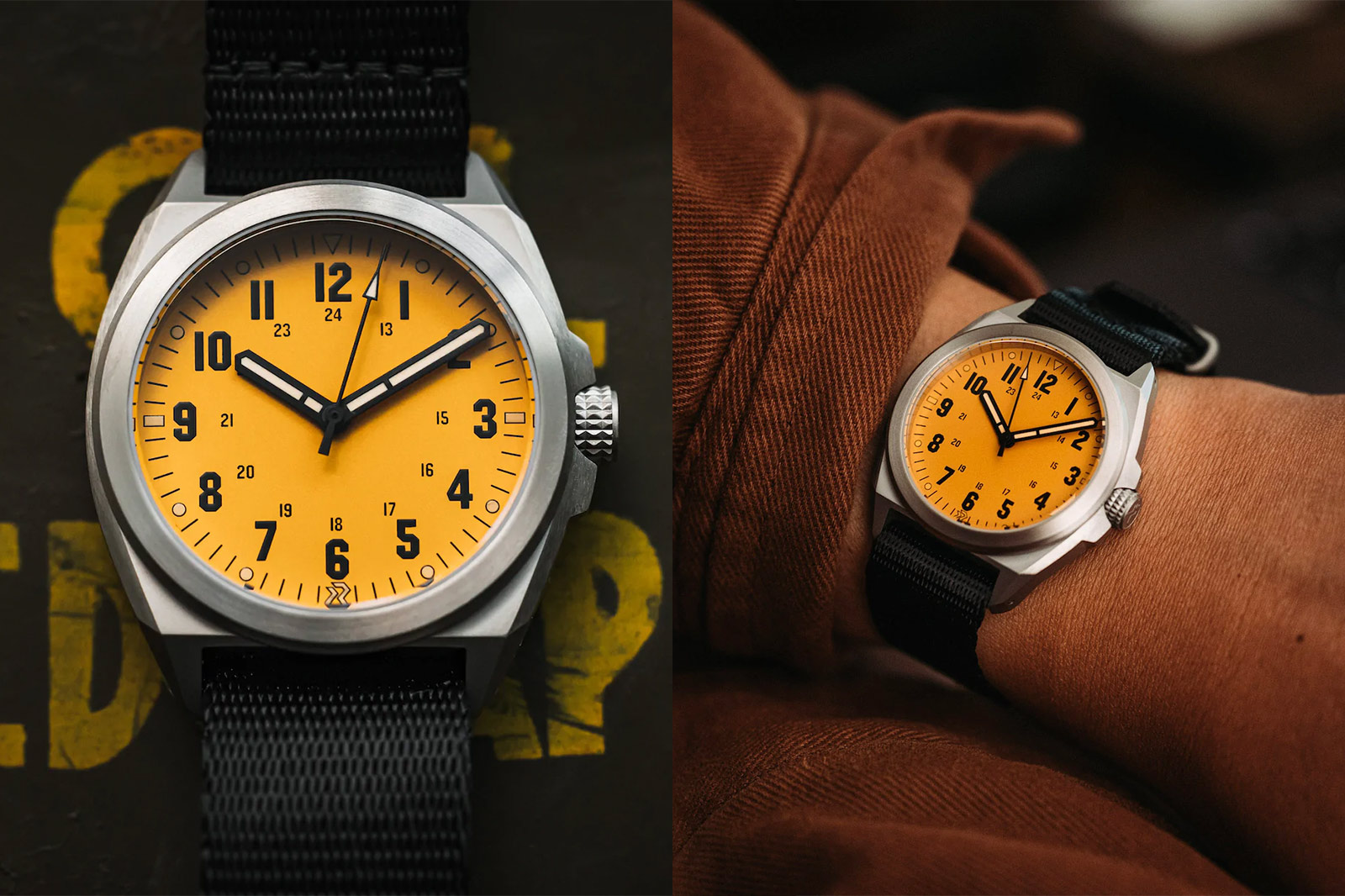 Based in sunny Signapore and nearby Malaysia, RZE is all about exploration and adventure. Not necessarily in the extreme, polar way that means specialist constructions and years of testing, but everyday adventure. Hence their propensity for titanium – and not just that.

Alongside the natural charms of titanium, each RZE watch is given an UltraHex Titanium Coating. Taking inspiration from honeycombs, the layer is essentially a safety blanket eight times harder than steel that makes their watches all but impervious to wear and tear. It’s still as lightweight as ever, but the added level of protection turns them from watches that wear their adventures on their sleeve with the natural scratches and oxidation that are an adventure watch’s passport into something that defies the elements. 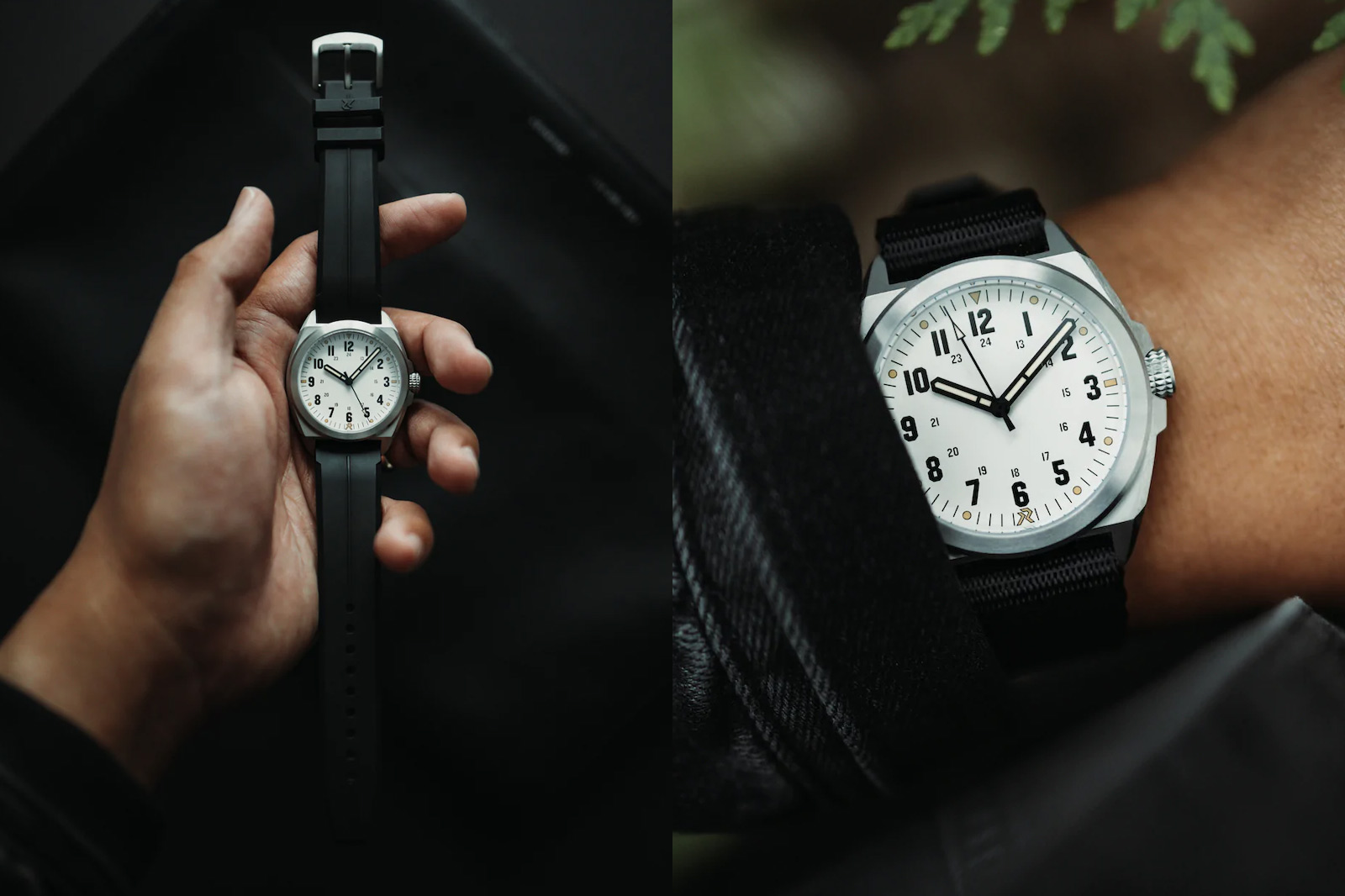 To put all that in context, it’s worth looking at the 38mm Valour. It’s a small watch for sure, especially when we’re talking about serious tool pieces. And thanks to the titanium it’s incredibly light, even for a watch its size. But add in the UltraHex Titanium Coating and what feels like a featherweight can stand up to a truck.

The Valour also ties into RZE’s love of colour, which is something we here at Oracle Time can appreciate. Our Microbrand Corner is forever suffused in funky colours, often from RZE themselves. Such is the case with the sextet here of blue, khaki, grey, white, black, and the yellow that’s become one of our favourite sub-£500 watches of the year. 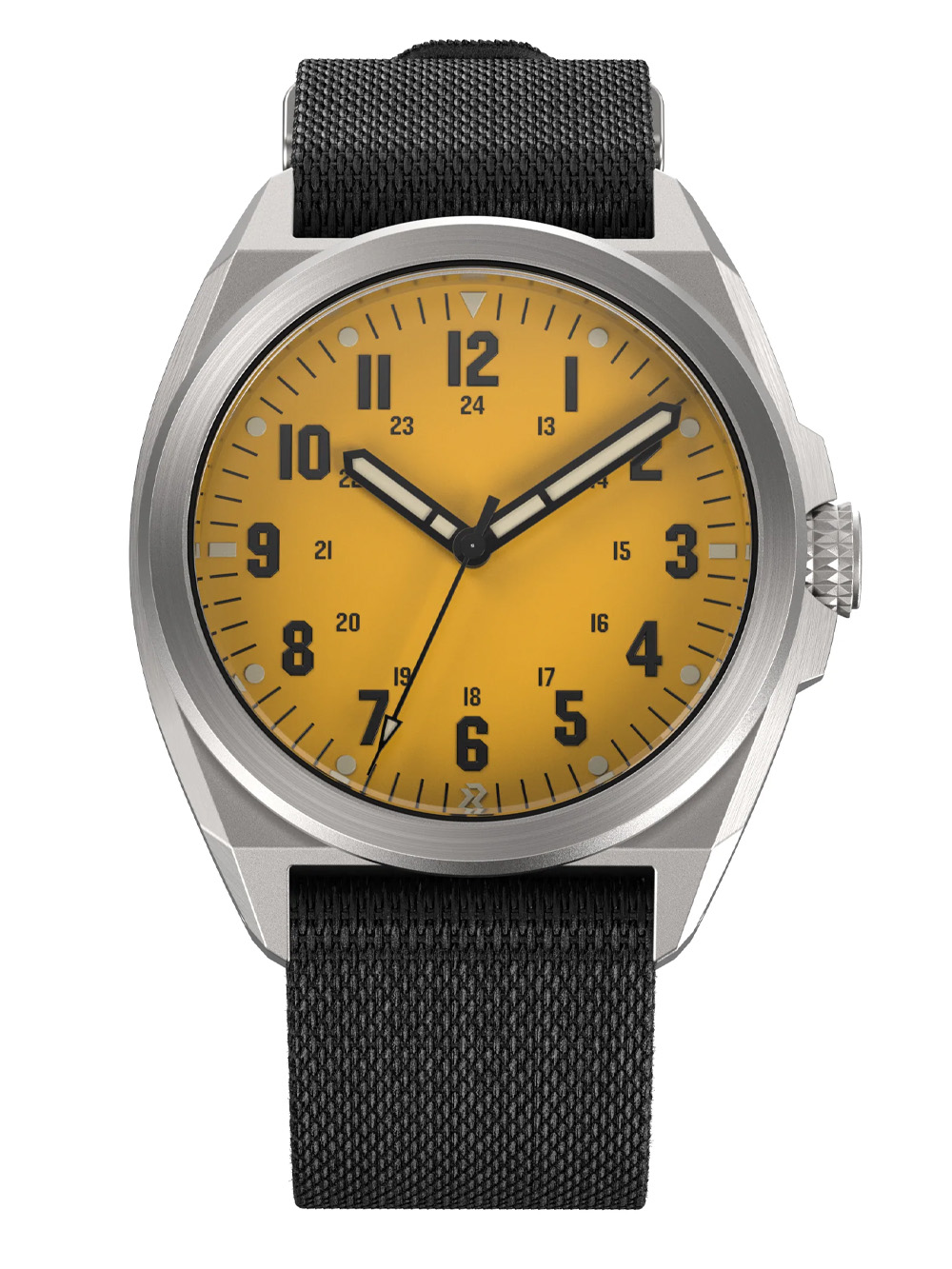 Which brings us to the final point here. The downside of titanium is that it’s often seen as more expensive. After all, it’s more advanced and has better properties than even surgical steel. But apparently nobody told RZE. The Valour, in that super cool yellow will set you back $299. Granted the exchange rate these days is abysmal, but even then that equates to just over £250.

For that price, it wouldn’t even matter if you took the Valour out, beat the living hell out of it and retired it at the end of the year to rest in pieces for spares. The fact that if you accidentally smacked it against the rock, it’s the rock that should worry, making it quite possibly one of the best beater propositions around. At any price range.