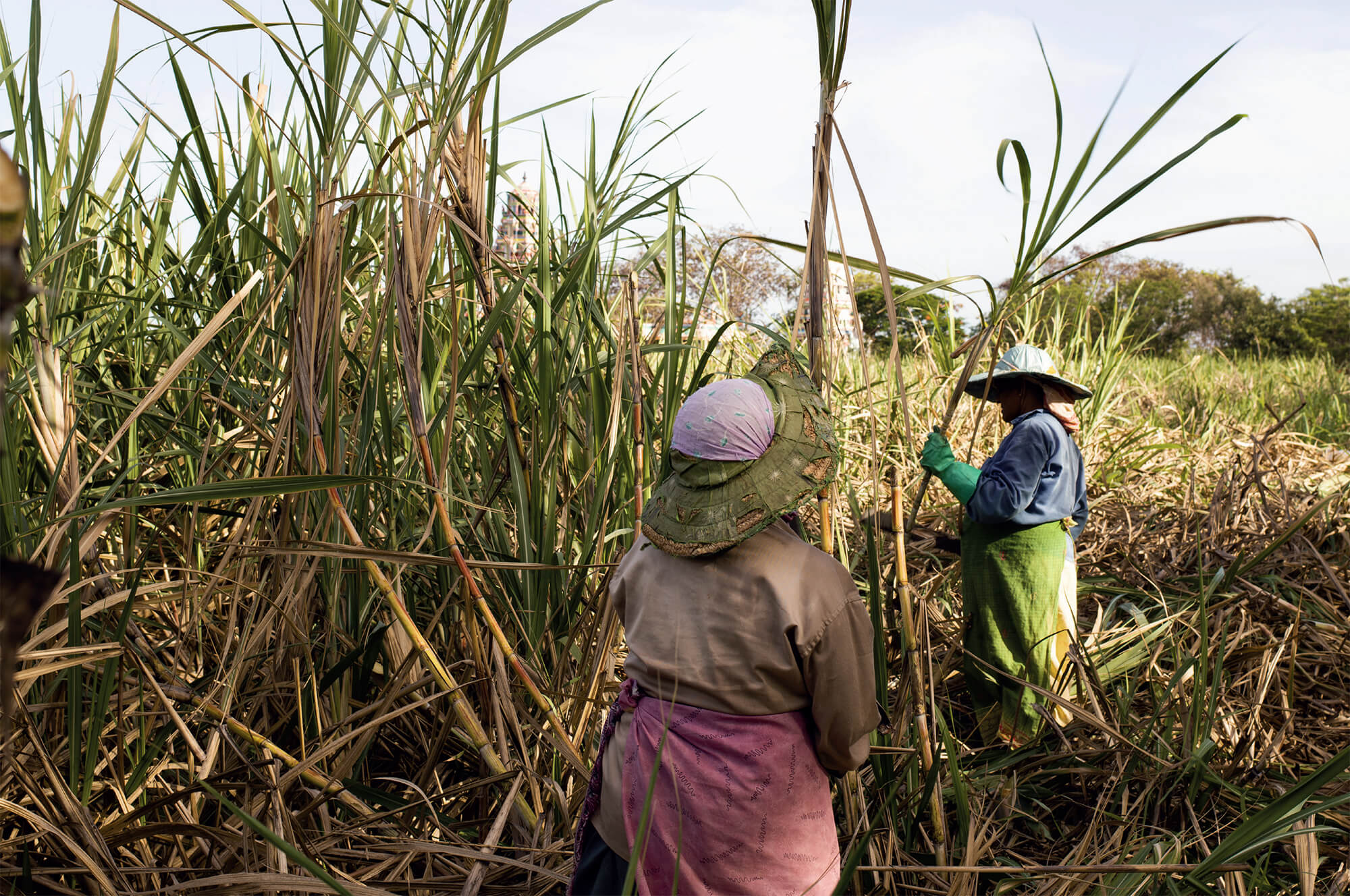 I’ve always loved the word ‘rum’. Its three letters have such powerful connotations when you think about the history encoded within them. From the age of piracy where rum barrels were traded for gold and plunder to the escapades of the British Navy, who upon capturing Jamaica in 1655 were given a daily ration to get by. Few know that in the 1600s rum production was in fact the most powerful industry in America’s New England and that restrictions on imported molasses in the 1640s may even have had a significant impact on the American Revolution. But I digress.

Rum’s vibrant past has seen it transported around the globe from colonial Australia and the various British-dominated Isles to the shores of the Caribbean where it is more commonly known. But there are other far reaches of the globe that this bountiful spirit also calls home and my purpose here is to unravel a few of my favourite destinations along with my recommended choices, to help you set sail on a voyage of discovery where the rum is never gone.

So what exactly has been going on with rum? Despite its creative past, steeped in all forms of history, tales and triumphs, this wondrous drink slowly began to fade from the limelight over time. As other exciting categories made their way into the spotlight at the turn of the century, people began focusing on other categories and rum became more of an ‘exotic’ drink to indulge upon during those sunny getaways. The tides, as is their nature, are once again changing and over the past ten years rum, only behind gin, has seen the second-largest growth in volume within the UK at 17 per cent and between 2017- 2018 witnessed a 7.5 per cent increase in value. So with that in mind, let’s delve into a few of what, in my opinion, are some of the best rums on the planet. 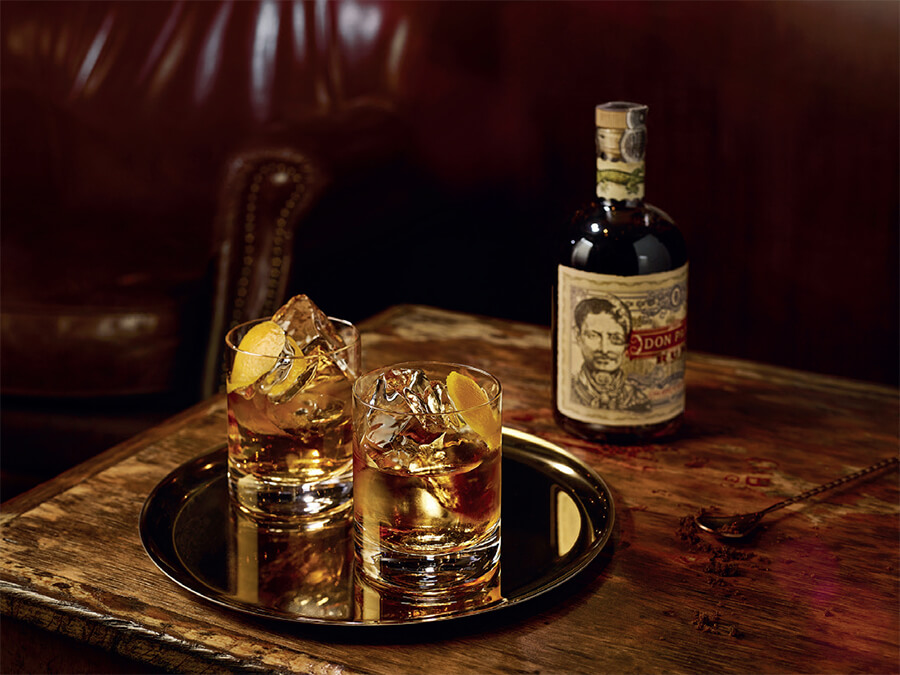 Few know that the Philippines is one of the largest sugar-producing countries in the world and Don Papa is a prime example of the quality rums being produced here.

Their molasses comes from Negros Island, also known as ‘Sugarlandia’ and derives from a purple cane known as ‘cara morada’. Attaining one of the highest sucrose and moisture contents in the world, the molasses, known as ‘Black Gold’ is packed full of distinct rich sweetness. Given the incredibly humid nature of the country, the barrels are incredibly important. Don Papa uses uniquely shaved, toasted and roasted American oak barrels, which are seasoned for 24 months before being lightly charred to give them more fruity flavours. The humidity itself is so intense, each barrel witnesses around 8-12 per cent evaporation per year (ie it loses over half of the liquid in the barrel after seven years). The result of which offers a beautifully rich and fruity rum with a dark golden hue.

I was fortunate enough to visit the island a few years ago and can only describe the journey as one of the most eye-opening experiences I’ve been through. To witness how rum is created in such harsh conditions and to have the quality speak for itself – this is why I do what I do. I also enjoy drinking the stuff too, I like to call it market research… which moves me on to the rum itself! Aged for seven years, Don Papa is packed full of exotic apricots, raspberries and marmalade with a soothing burst of vanilla and cinnamon. I always like to think of fruitcake with candied citrus when sipping on Don Papa and boy oh boy does it work nicely in a rum punch and an Old Fashioned (otherwise known as the Don Fashioned). 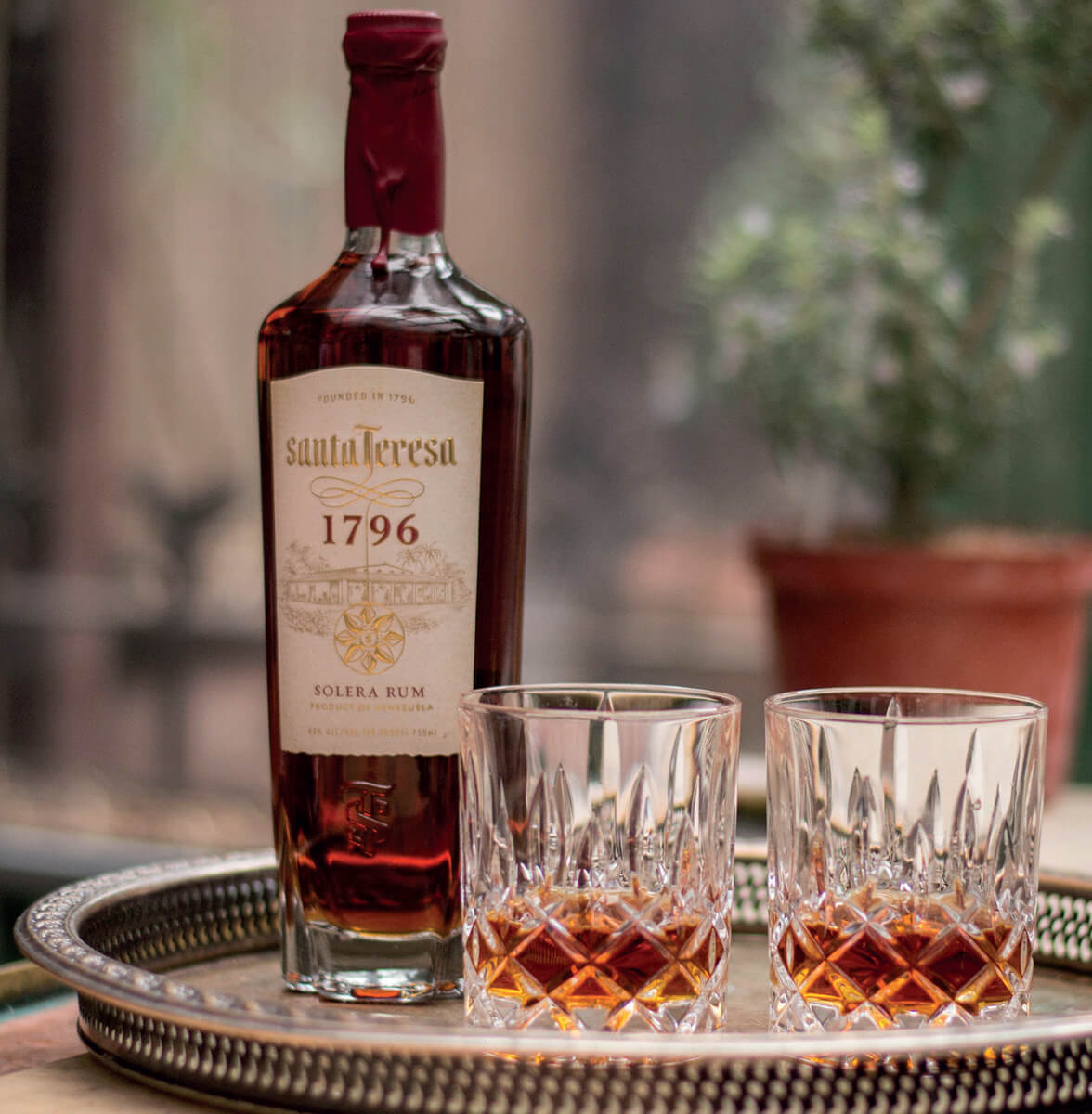 Founded in 1796 and located in the mountainous Aragua Valley, Hacienda Santa Teresa has witnessed wars, revolutions, invasions and dictators. In a country that seen its fair share of violence, Santa Teresa is the gleaming gem that showcases the true beauty of what this country has to offer. It was all down to a German man named Gustav Julius Vollmer, who upon arriving in Venezuela in 1826, fell in love, married and thus began a family that to this day has continued to run the Haçienda, five generations later.

The wondrous thing about Santa Teresa is its ‘solera’ method, which I’ll touch upon for a second. A solera system is essentially where barrels are stacked in terms of their age, the oldest on the ground, the youngest at the top. As you draw liquid from the barrels at the bottom, it is replaced by those in the barrels above and over time there is a continuous mix of ages, which intertwine to create a truly personalised flavour to that distillery. To this day, every Bottle of Santa Teresa 1796 has some of the very first 1796 cask running through it, given how the original cask was never emptied.

The resulting flavour combines hazelnuts, vanilla and cinnamon with dark chocolate, prunes and sticky honey with just a touch of black pepper to round off this incredible creation. I love sipping this rum on the rocks, where you can really pick out every little detail of flavour.

I couldn’t write about rum and not pay homage to the Caribbean. After all, those glorious islands have paved the way for what rum is today and inspired the image of so many drinks that have dared to enter the market. But when did it all begin on these islands? The first distillation is believed to have taken place on the Island of Nevis in the 1600s, with a quote in 1651 from a historic document in Barbados stating, “The chief fuddling they make in the island is Rumbullion, alias Kill-Divil, and this is made of sugar canes distilled, a hot, hellish, and terrible liquor.” Suffice to say they’ve improved things quite a bit over the past three centuries.

With the Caribbean home to 13 sovereign island nations, 12 dependent territories and over 7,000 individual islands, I couldn’t choose just one. Instead, my pick from this oasis comes from both Worthy Park distillery in Jamaica and Four Square in Barbados. My tipple of choice here is none other than Duppy Share Spiced Rum, which touched my lips for the first time this morning, having only been released in late-February.

Spiced rum is a category that excites me for many reasons and while there’s a few on the market only a small handful have managed to conquer great taste without an overbearing sweetness, Duppy Share being one of them. So, what about the name? Duppy Share is another term for ‘Angel’s Share’, the evaporation process that takes place within the rum barrels. Legend dictates that throughout the islands mischievous spirits called Duppies swoop between the distilleries, stealing the best of the rum. Possessed by the Caribbean rhythms, their bodies contort from creature to creature.

The Duppy Share Spiced pays tribute to its namesake by centralising a duppy caught mid-metamorphosis. The craft rum itself offers a blend of spices brought together by a vibrant pineapple and rich kola nut. There’s caramel, ginger, white chocolate and vanilla with a touch of fresh grapefruit, orange and basil. I also find it rather versatile, meaning it would be the perfect match for mixing, whether it be with ginger ale, with cola, or as part of a multitude of cocktails.

The best thing is, nothing is artificial, all flavours are 100 per cent natural – just as the Caribbean intended. 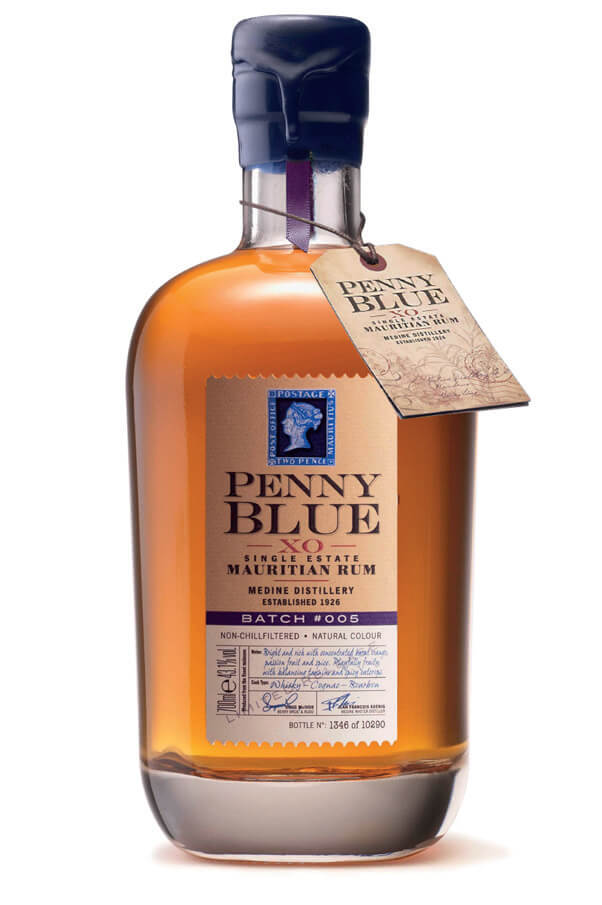 Mauritius’ journey to rum excellence began in 1638, when Dutch settlers arrived on the islands, planting sugar cane. As crops flourished within the rich volcanic soils it made perfect sense for these to be turned into rum and arak.

Produced at the oldest distillery on the island, Penny Blue is named after one of the world’s rarest stamps. I’ll admit, I’m really not quite sure how the misprinting of a stamp made its way to being the name of a rum, but at least the liquid inside tastes great! And hey, this is a watch mag where tropical dials are a thing.

With this rum deriving from a single estate, they have a lot more control over every stage of the process. The sugar cane sits at one of the sunniest parts of the island with a lot less rainfall, making it juicer and full of flavour. The tropical ageing, sea breeze influence and their distillation method also all have an effect on what ends up in the bottle too. That’s not even taking into account the triple oak ageing methods, as Penny Blue uses ex-Cognac, ex-scotch and ex-bourbon casks to really intertwine the best flavours of each!

Only 10,000 bottles of the XO Batch #6 have been created and for those lucky enough to be able to get their hands on one, they can expect rich stewed tropical fruits with treacle, delicate spices and dark burnt toffee.

Because I’m well aware not everyone likes sipping their sugar cane spirit neat, here are a couple of my favourite cocktail recipes to ensure your rum of choice goes down as smooth as its makers intended. And don’t worry, they’re flawlessly simple; wouldn’t want to interrupt that island lifestyle now, would we? 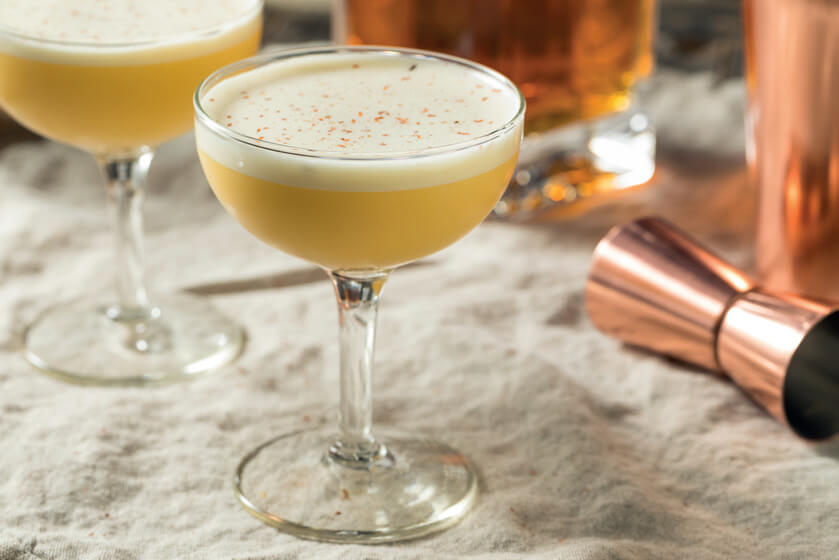 Add all ingredients to the shaker with ice and shake with force to integrate the coconut cream and other ingredients. Strain into an old-fashioned glass or coupé glass filled with large cubes of ice and garnish with a little grated on top. 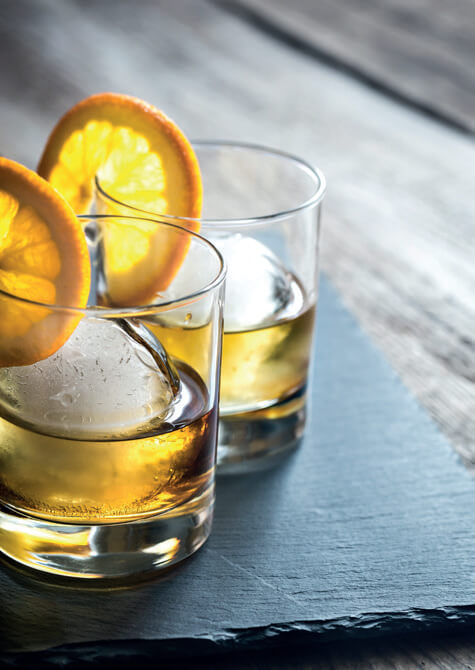 If using a brown sugar cube, crush this into the bottom of the mixing glass and add the measure of rum, mixing together until the two have combined, then add the remaining ingredients Otherwise, add all of the ingredients with ice to the mixer and stir for about 60 seconds to chill. Strain over a large ice cube into an Old Fashioned glass and garnish with a twist of orange or lemon. From Japan to America to humble England, these are some of the top whiskies from around the globe.