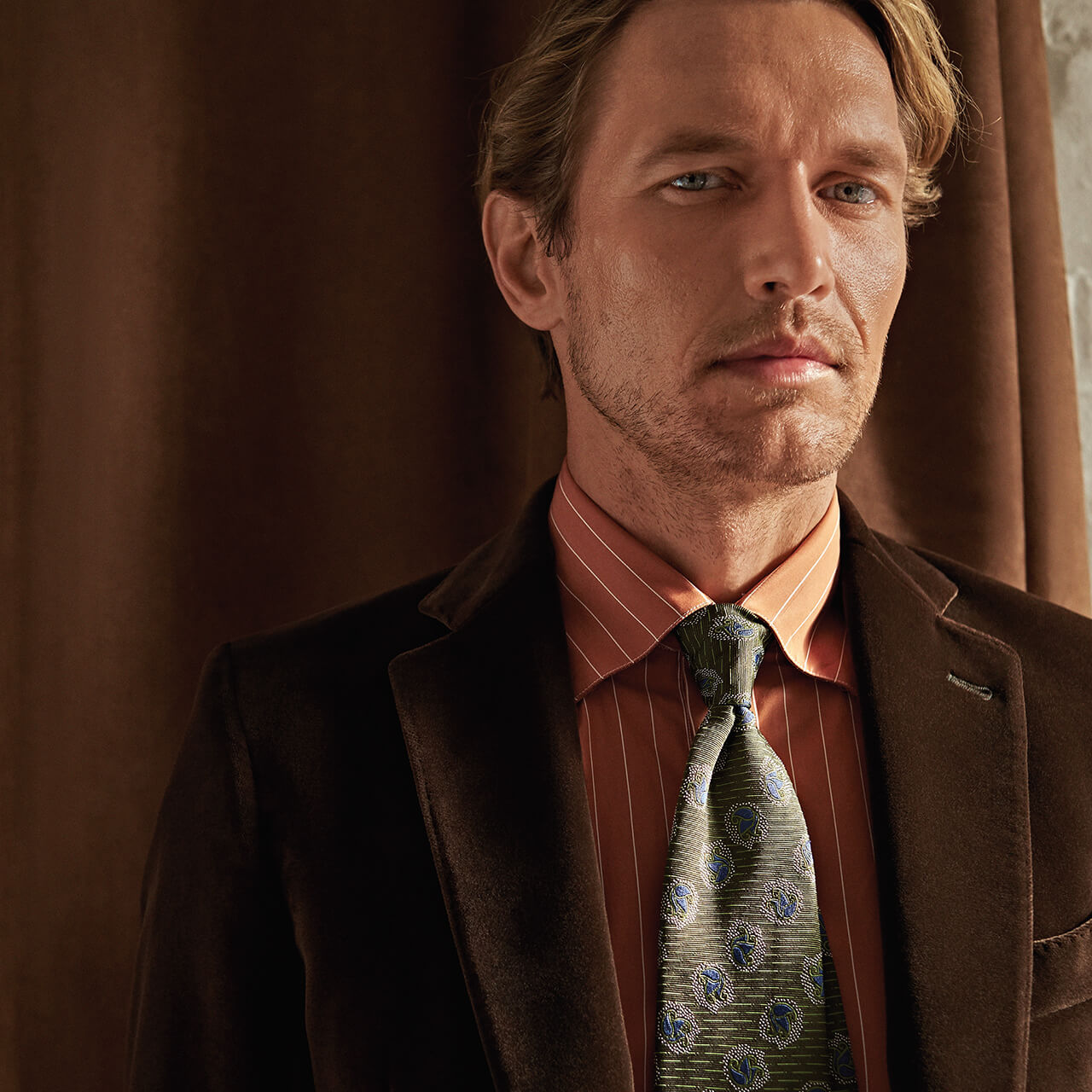 With the release of Quentin Tarantino’s Once Upon a Time in Hollywood there’s never been a better time for 70s fashion to have a slick movie production to champion its credentials. Slotted between two extreme decades of style, the 70s had a mature yet experimental approach to men’s fashion off the back of the swinging 60s. Hairstyles were still big, facial hair was a thing and clothing was given a chance to breathe post-psychedelia.

There were still plenty of floral-patterned shirts, with a splattering of flared trousers of course. However, things got a little smarter and the kids were getting a bit more style-savvy by copying their parents. Ironically, it was exactly what they were rebelling from in the 60s. This led to a resurgence in cardigans and corduroy, with the muted colours of brown, grey, camel, brown, beige and brown. This offered a good balance to the louder opposing styles garnered from the rock ‘n’ roll scene. 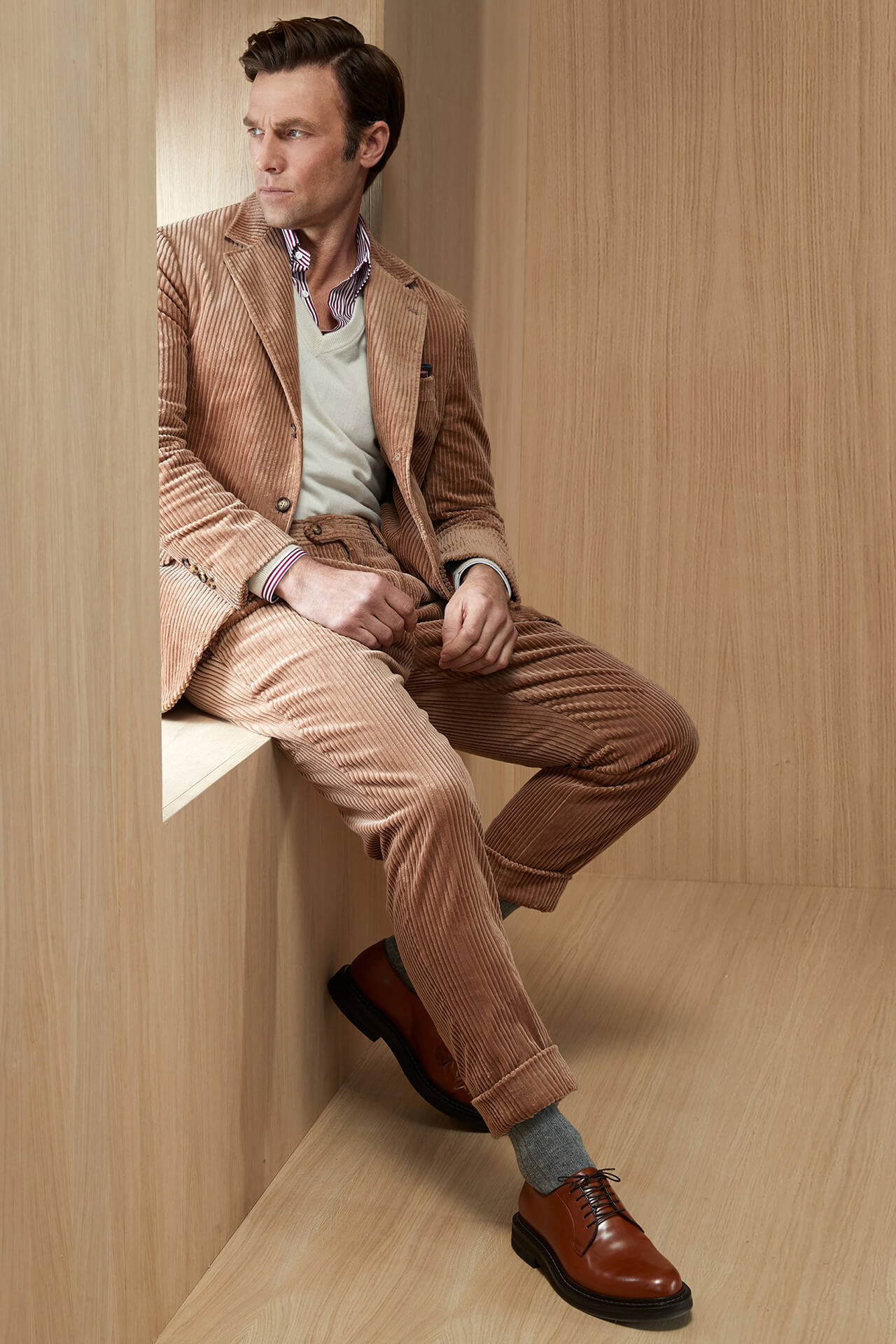 In truth though, the 70s offer us a better style-decade reference in today’s climate than the 60s and 80s. I know there are plenty of 80s-inspired silhouettes (thanks Hawkins) and reissued clothes and sneakers these days, but they definitely have a flash-in-the-pan style that’s only replicated by those that never had to live through it. We had enough of it the first time around.

However, it’s from the movies and the actors that featured in them that we can gather valuable insights and references. Stalwarts such as Michael Caine, Clint Eastwood, Paul Newman and Robert Redford all mastered the art of being confident in what you wear, whether it’s the double-denim of a modern cowboy or a full corduroy suit. They owned it on-and-off-screen.

Richard Roundtree showed how to wear a long leather coat and rollback while being badass in his role as Shaft in the cult movie. I for one wish we could all have a soundtrack from Isaac Hayes playing in the background of our lives. Harrison Ford on the other hand was more associated with a denim shirt or polo shirt with jeans and loafers, relaxed and cool before he became the perpetually scowling Ford of today. 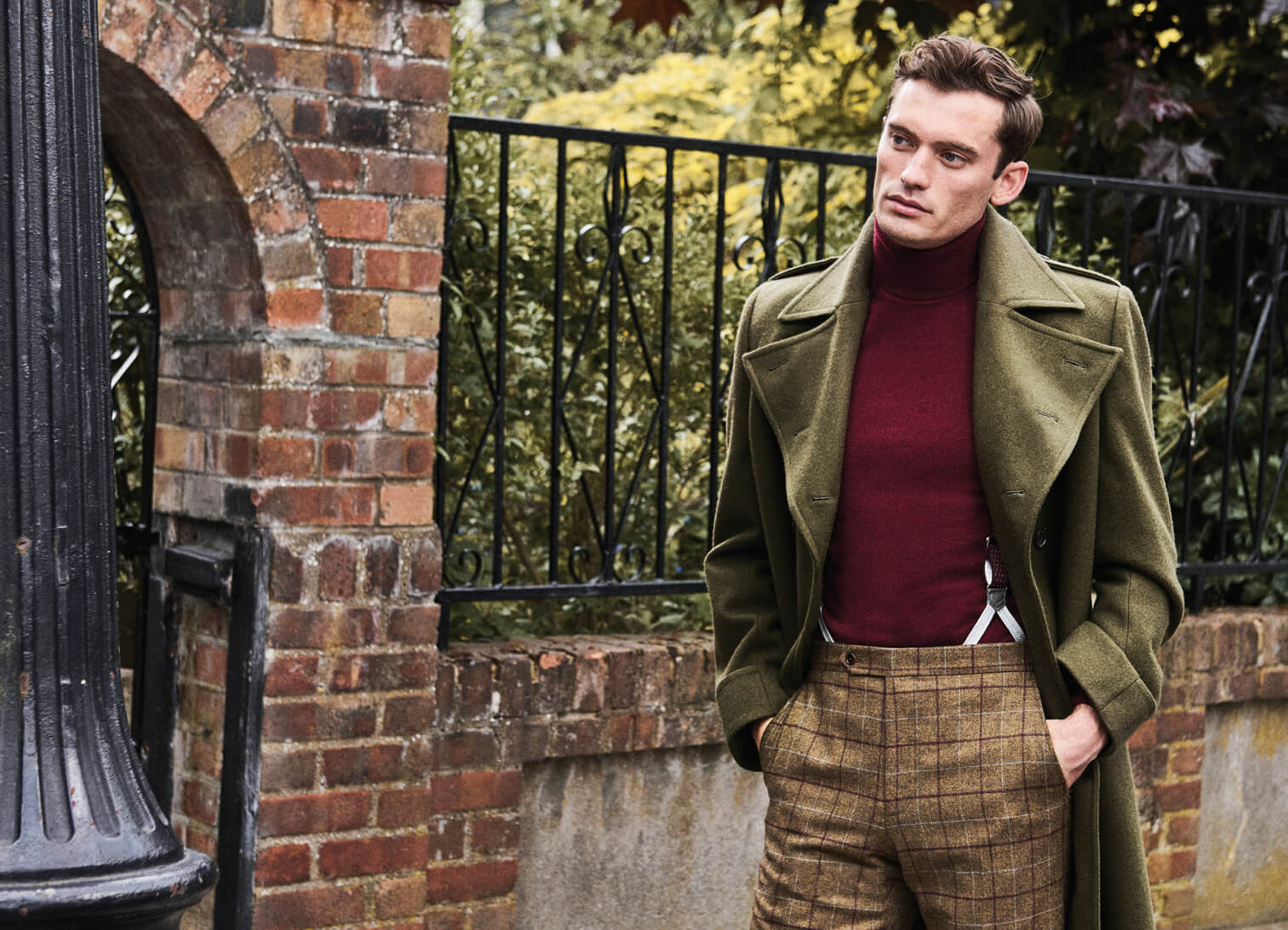 At the edgier end of the scale we can’t forget the rock stars who helped evolve 70s style and bring a focus to wider lapels and flowery shirting. Think Mick Jagger and The Rolling Stones, David Bowie and Jimi Hendrix. They’re just the tip of the iceberg of course, but tell me you didn’t wish you were 1/10th as cool as any of them.

In terms of what we can adopt from that era for contemporary wardrobes, we have a host of references that work equally well today. Trousers are probably the trickiest to navigate as dressers in the 70s loved a bit of a flair around the ankle which, in all honesty, is better kept left behind.

Roll-necks are a must and sure-fire way to give you serious street cred. Paired with a slick leather or suede jacket you’ll be harking 70s film nostalgia in no time. Tailoring with the wide lapels of Tommy Nutter gives a head-nod to that pointed-collar period, and contemporary offerings such as a John Smedley polo shirt with a fully-fashioned collar are perfect, as well as long-point collared shirts from Turnbull & Asser and Drake’s respectively. Make sure you leave unbuttoned to show off as much chest hair as your follicles can muster. Collars can even go over the suit lapel a-la John Travolta in Saturday Night Fever. It’s a good look for warmer weather and replaceable by the roll-neck for when it gets cooler. 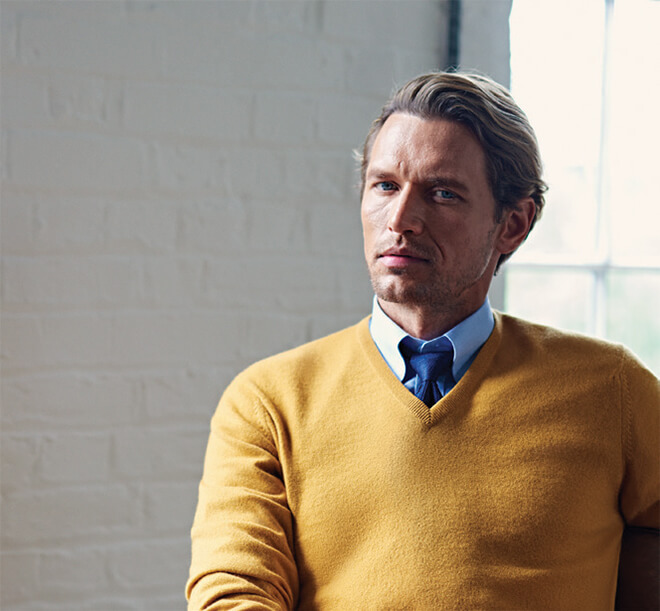 The cardigan, an underrated item of clothing nowadays, was largely adopted and appreciated by ex-hippies and squares alike as it offered a sense of comfort and formality without needing to wear a suit. There are plenty of old adverts with models in a cardigan and long-collar shirt. Linking nicely with this practical look is a safari jacket, which adds useful oversized pockets. It’s actually a great look these days and can be worn with a shirt underneath or layered up warmly with yet another rollback jumper – your preference of fine gauge or chunky knit.

Onto the one sartorial trend most associated with the 70s: corduroy, with its versatility between smart and casual. Easier to wear than tweed for those without a lordship and garnering a cult following from celebrities at the time, it brought a relaxed elegance that’s perfect for autumn. Luckily this season is awash with corduroy where you can choose to go either full suit or separates. Drake’s has a great selection in their AW19 range, including cord five-pocket trousers and soft tailoring that ticks all the right boxes.

Looking at what I’ve already discussed, you probably have some items that fit the bill in your wardrobe right now. Just get some key pieces like a western pocket shirt and fully-fashioned collared knitwear to build upon and you can pretend it was all intentional from the off. Just remember two cardinal rules of the 70s: embrace the cord, and wear plenty of brown. Oh and if you’re a president embroiled in corruption, don’t record everything.

In case you missed it, here’s our 70s-inspired flat-lay photoshoot which is heavily inspired by this season’s Autumnal collections.