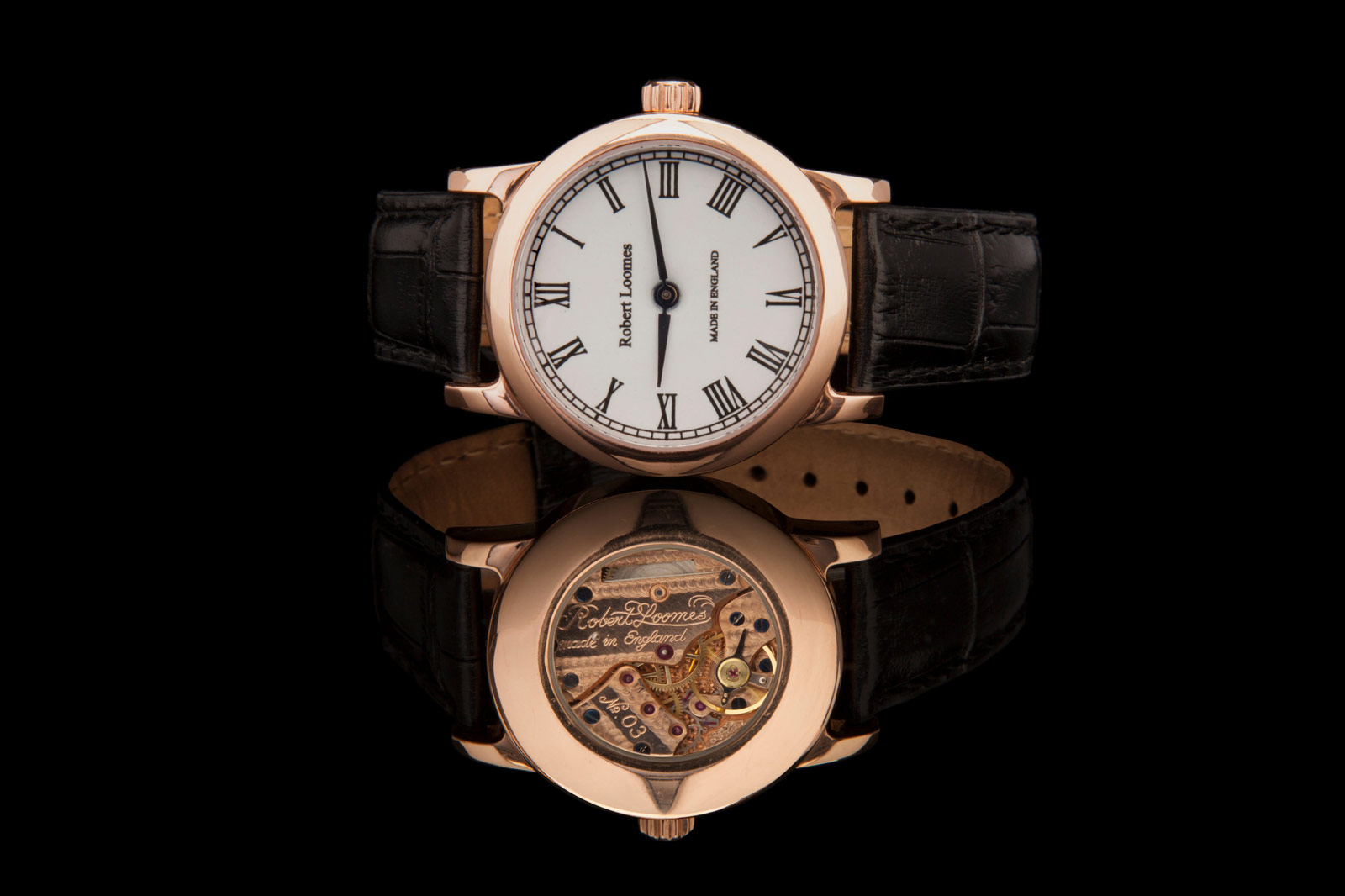 While we may not have quite the modern horological heft as Switzerland or, to a lesser extent Germany, the UK does watchmaking well. We have plenty of watch designers, sketching quirky dials, accessible homages and funky colours; we have a few more serious watch brands, using solid movements and aesthetics tuned to collectors’ sensibilities. We even have a handful of true British watchmakers. But there’s only one Robert Loomes.

The man himself is the latest in a legacy of British watchmakers dating back to Thomas Loomes in the 17th century, when the UK was still a luminary in cutting-edge timekeeping, before the proverbial fall of Rome. And while there may have been a number of generations in-between, the modern Loomes is very much the heir to those traditional, horological sensibilities. Part of that is Loomes’ position as the Chairman of the British Horological Institute, the ancient representative of all things watch and clockmaking across the country. But more important is his hands-on work at his workshop in Stamford. 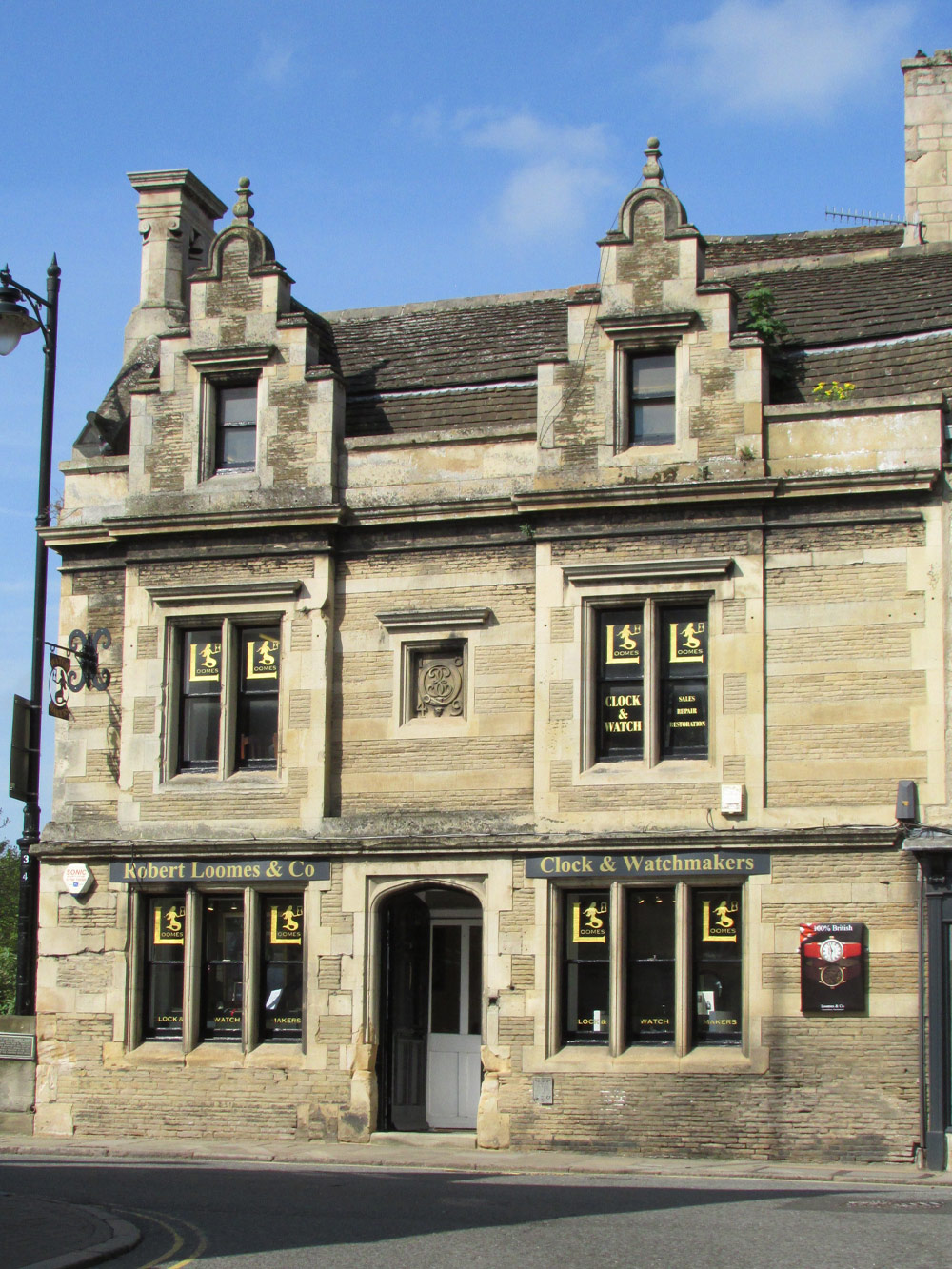 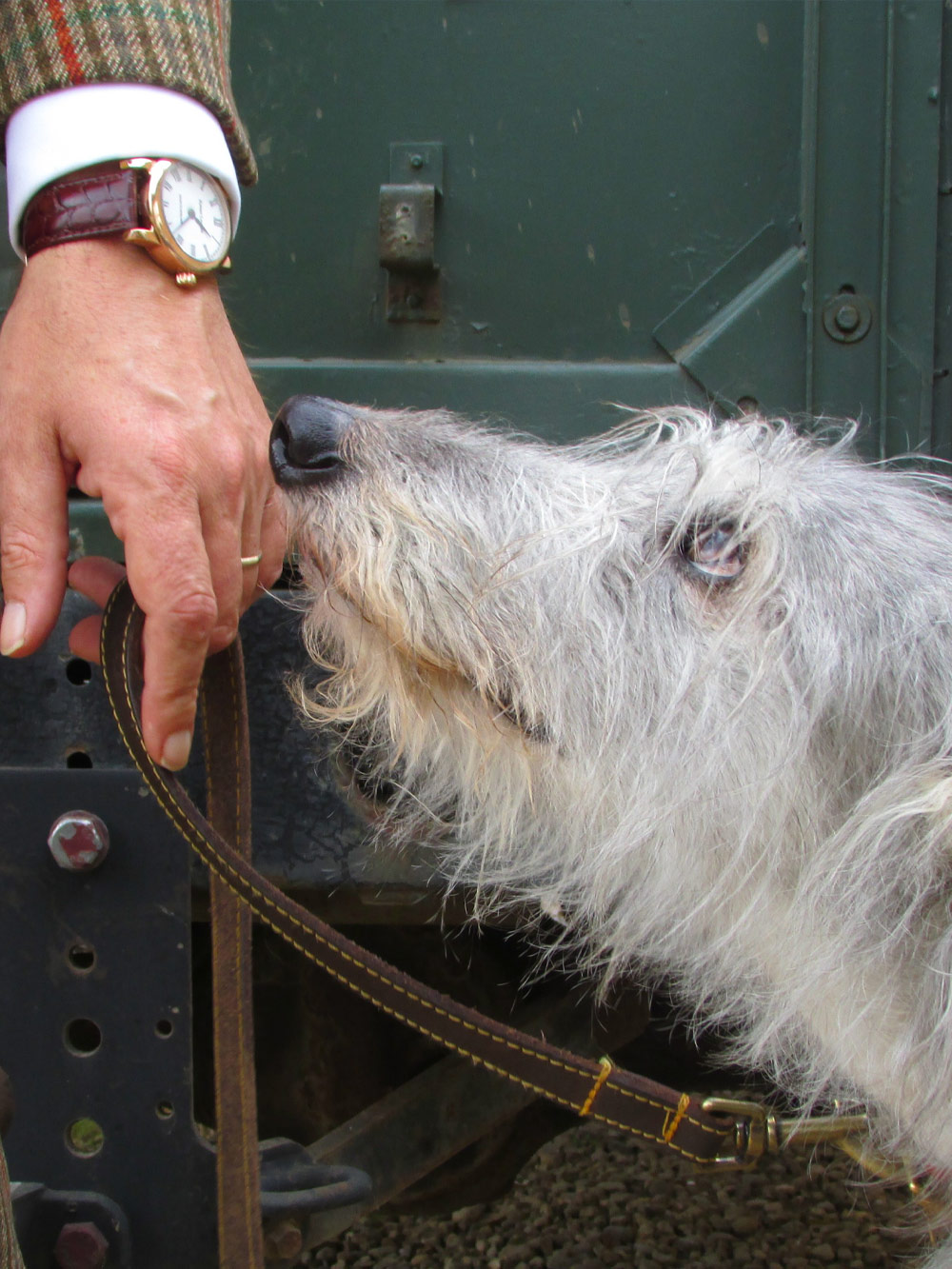 Stamford, for those uninitiated, is the painfully pretty little neighbour of Peterborough, Peterborough being just north of London. You don’t really need to know where either is, but they’re worth a visit if you’re vaguely between East Anglia and the West Midlands. What matters is what was once upon a time the Stamford Gaol, a wonderfully mismatched collection of disparate architecture from centuries past. There you’ll find a workshop that, aside from a couple nods to modern watchmaking, could have been preserved since the 1800s. This is the castle of Robert Loomes.

It’s not all strictly watchmaking. Loomes himself cut his teeth in restoration work before taking the plunge into sticking his own name on the dial, and much of his workshop is still devoted to giving old pieces of mechanical timekeeping new life. That includes full restoration of the inner workings and, perhaps even more impressively, the dials. Not to diminish the refurbishment of movements, but there’s a lot to be said for being able to find the perfect pigment of enamel to refresh the face of a watch or clock. 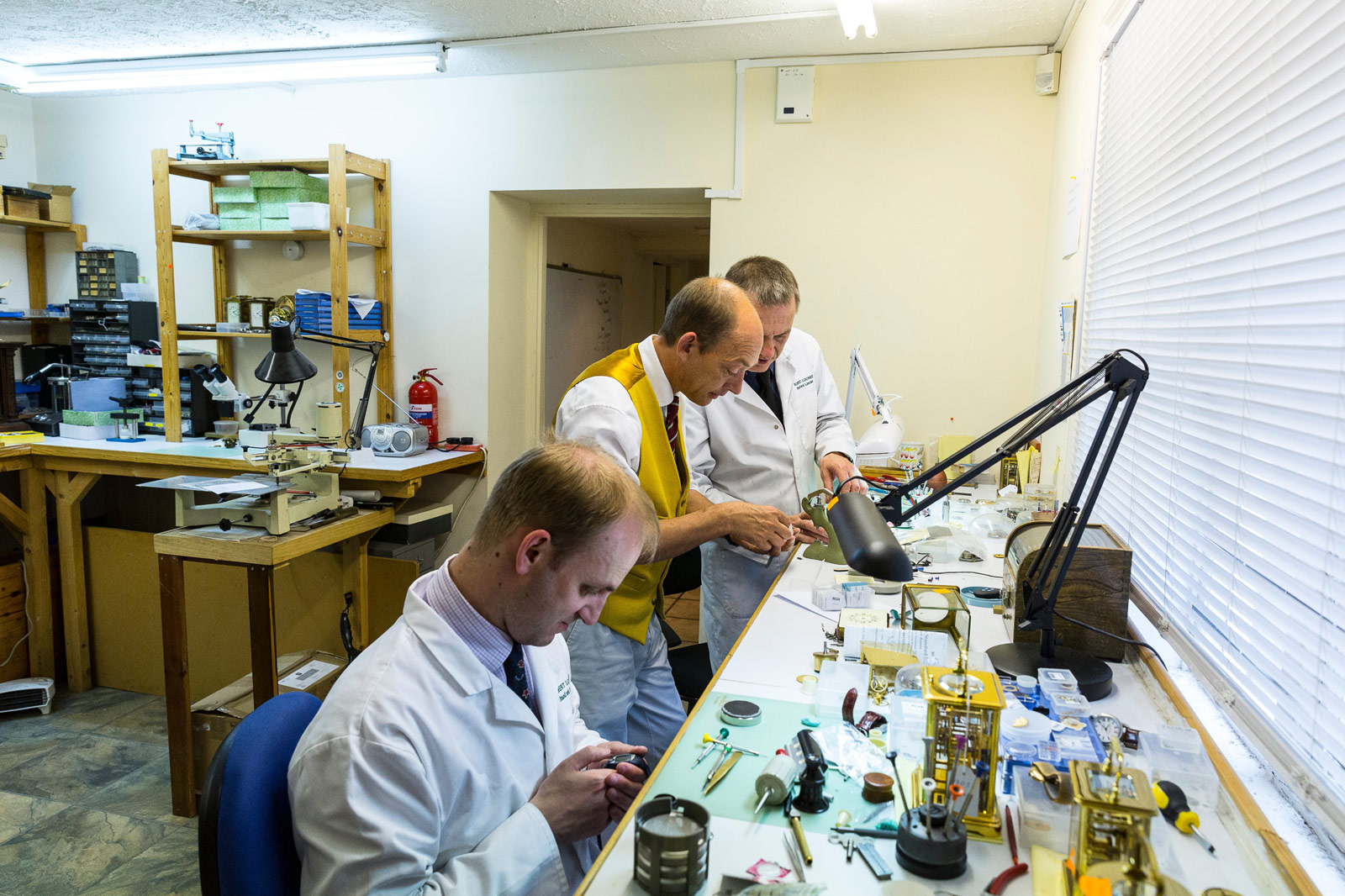 Robert Loomes with his team in the Loomes workshop

The dials are also a perfect illustration of how Loomes’ expertise in restoration feeds into his own watches. The enamels made by his dial expert in the rafters of the old gaol are used as research, prototyping subtle new colours that are then incorporated into the main collection. Indeed, it’s just next door that Loomes’ own miniature kiln is heated up to fire his own dials. Granted there’s only room for a handful of dials (a week) but that’s part of its charm. And like all small-scale enterprises, it means the quality is superlative.

Accessed via an old, twisting staircase, the watch restoration workshop is at the very bottom of the building. Here you’ll find pieces of all ages (though mostly very early) being disassembled, serviced and where necessary repaired. It’s through another door in this warren of a workshop though that the more modern face of Loomes can be seen. 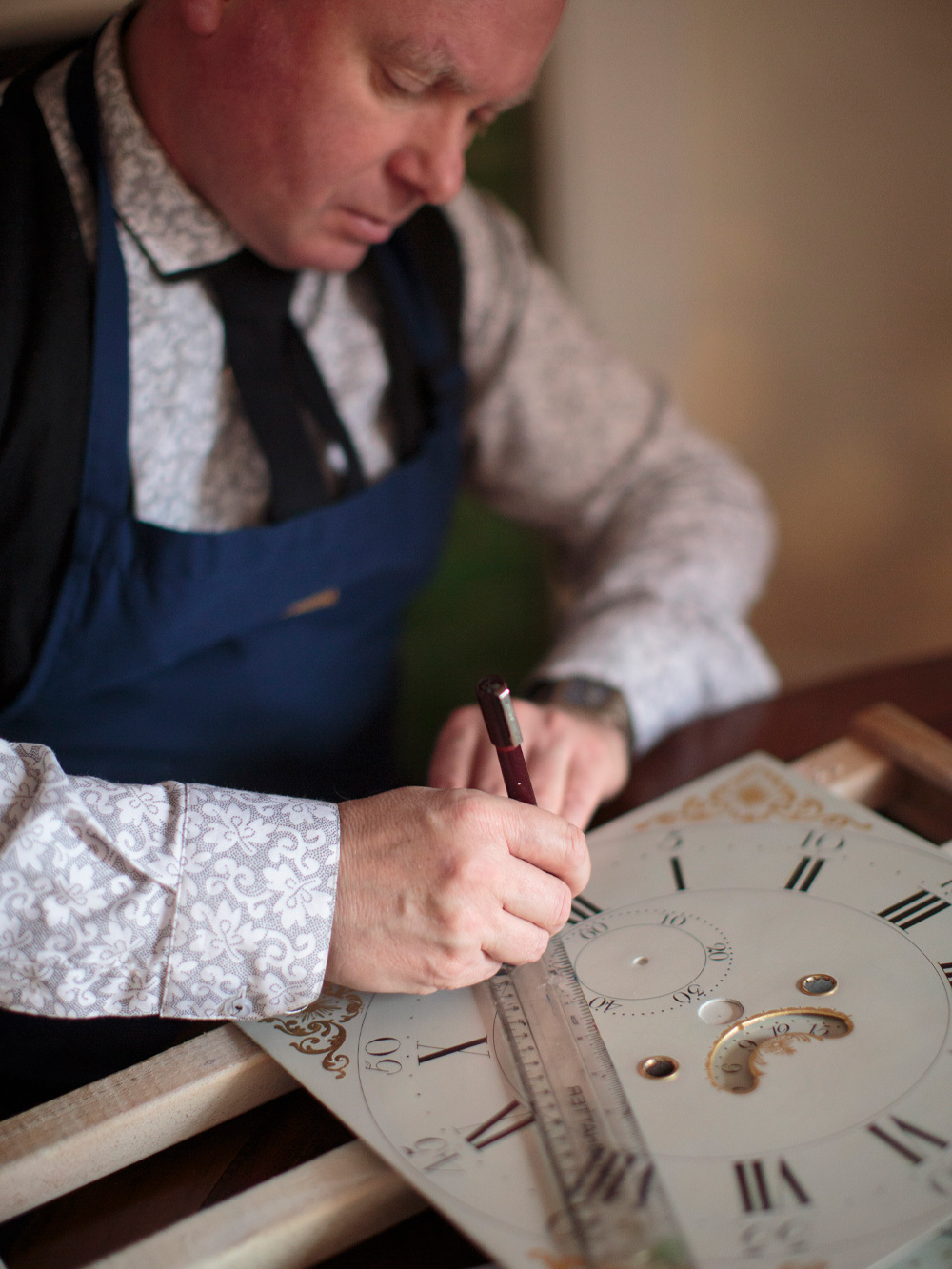 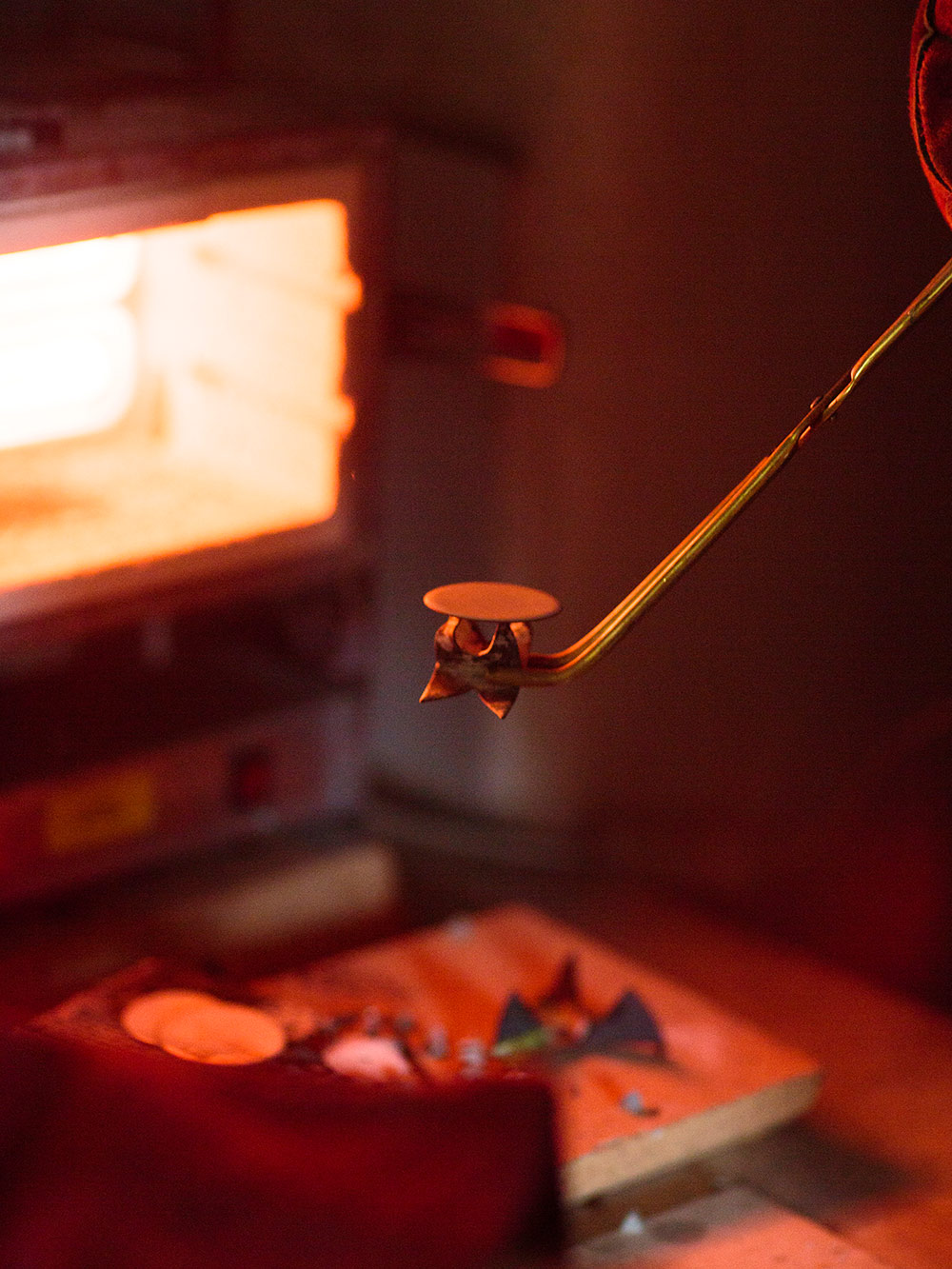 Well, modern might be pushing it a bit. The British watchmaking workshop, where Loomes’ own pieces – such as the Loomes Original and the Robin Collection – are made has a single industrial CAD machine and a very old, very rare machine for making wheels by hand. The dichotomy of the two is delicious. Both do very different jobs and do them well, but with centuries of technology separating them.

It’s here that every Loomes watch is designed and assembled – and it’s worth pointing out that there’s not a Swiss component in sight. Sure, this kind of workshop is far too small to cast gold and mill out steel cases, but that doesn’t mean you need to resort to importing. Stamford is in the middle of what was once a centre of British industry, and plenty of metalworkers, foundries and old factories are still around. 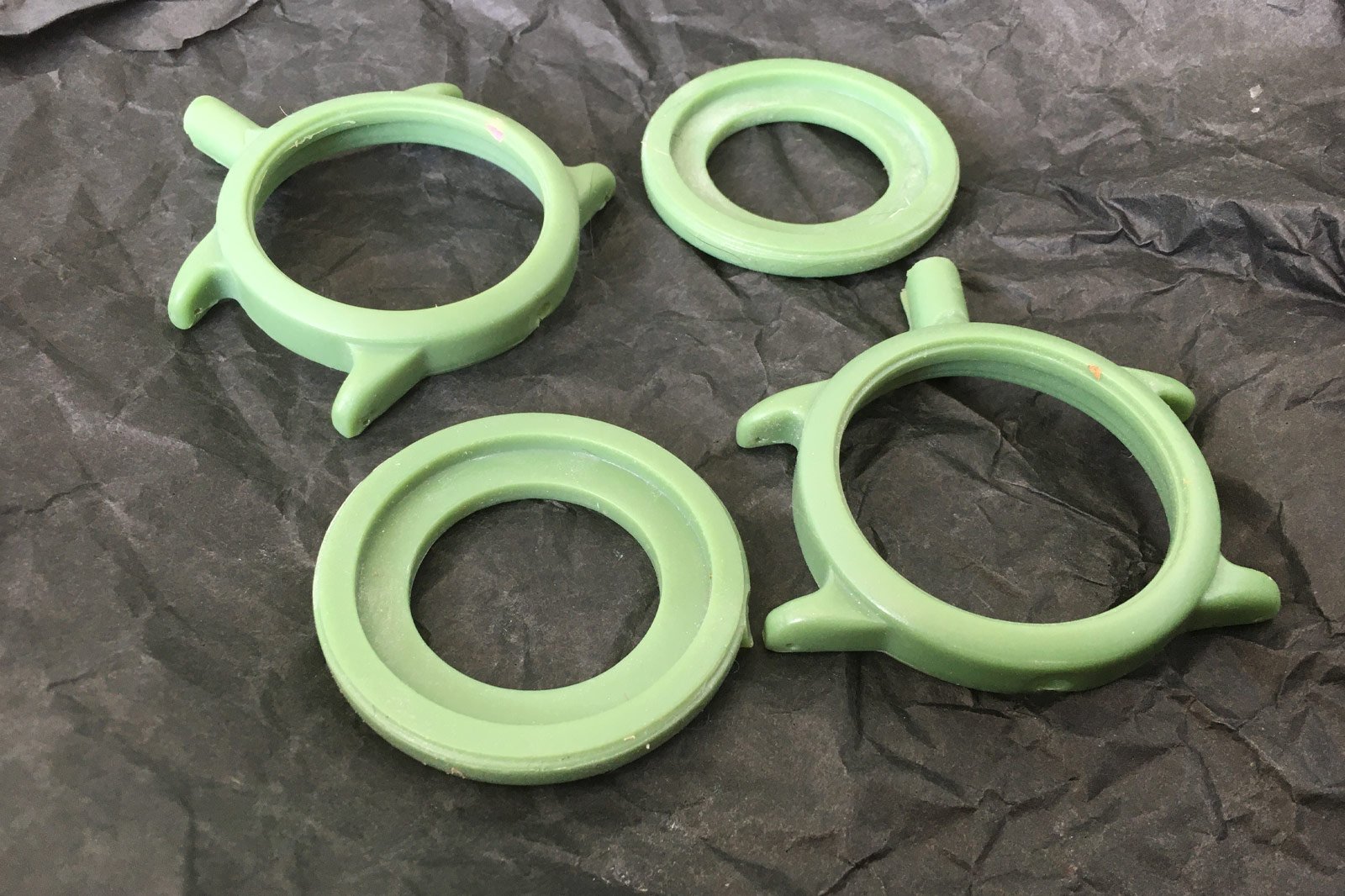 Waxes for gold cases and casebacks

Loomes’ cases, for example, are made in Sheffield, with a company that until recently specialised in big quantities of big steel construction materials. But, in a way of thinking that brands like Minase can probably appreciate, if you can make one extraordinarily demanding object from metal, you can likely make another (and probably relish the change of pace). It’s a story that’s repeated across Loomes’ production line, meaning that the watches at the other end of it are made in Britain, not in the technical sense, but in the true letter of the phrase.

And that pretty much sums up what Robert Loomes and his watches stand for. Modern watchmaking inspired by restored antique horology; homegrown talent both in-house and out; quirky in the most British way. I could be talking about the workshop, the watches, or the man himself. In fact, it’s all three.