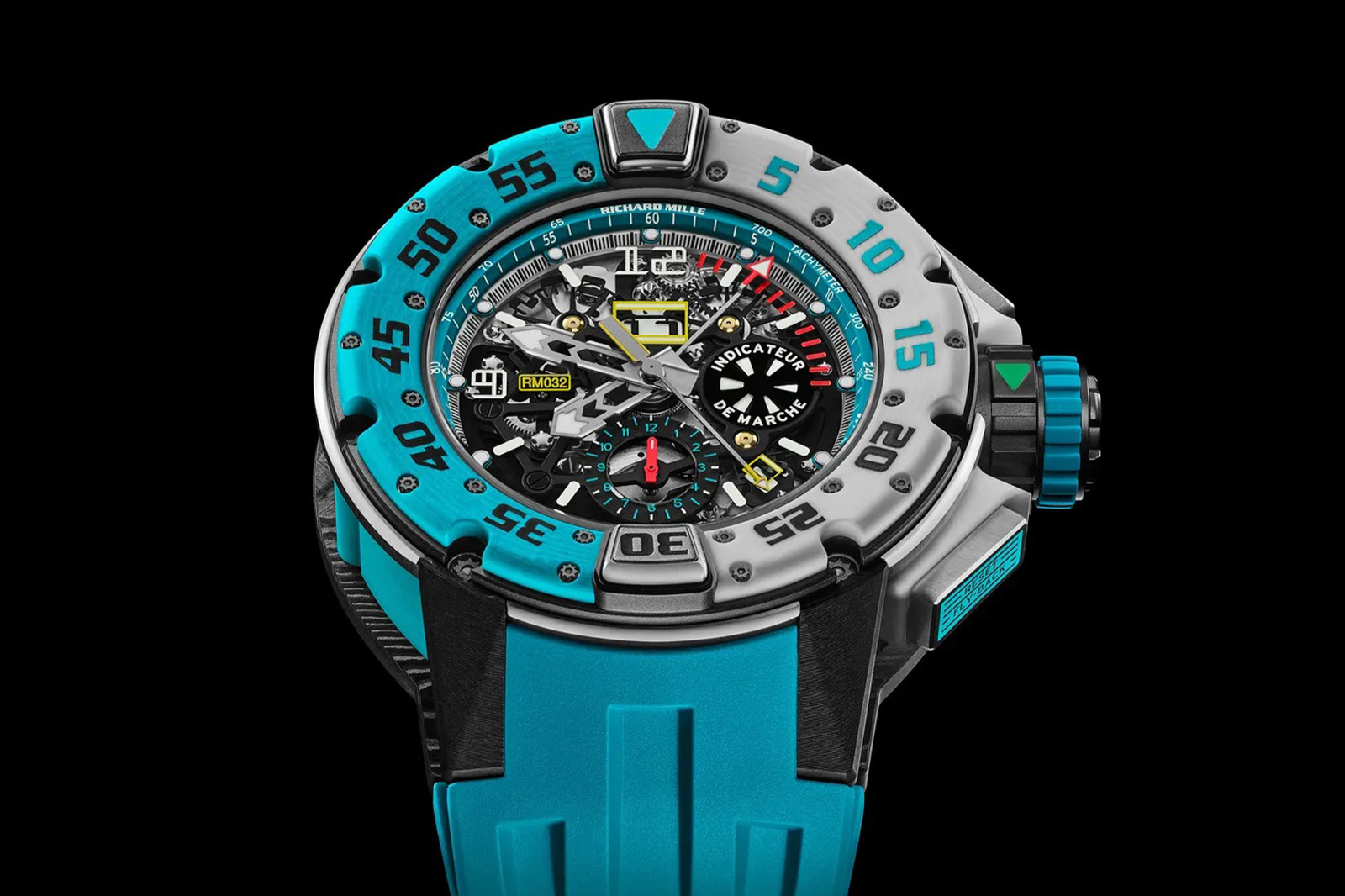 As someone who likes to keep my feet firmly on dry land, the only things that could coax me to go sailing are warm tropical waters, jaw dropping coastline and the promise of a killer party at the end of the day. In short, an event exactly like Les Voiles de Saint Barth, a five day regatta taking place around the Caribbean Island of Saint Barth taking place from April 17-23. In celebration of the sporting event (which they helped found in 2010) Richard Mille have released a limited edition watch, the RM032 Les Voiles de Saint Barth.

The RM032 isn’t a new watch, bearing the torch as Richard Mille’s dedicated diving chronograph watch since it was first released in 2011. For the RM032 Les Voiles de Saint Barth special edition, it’s been given a fresh colourway in Caribbean blue and quartz white. Additionally, the sapphire caseback now features an engraving commemorating the regatta. 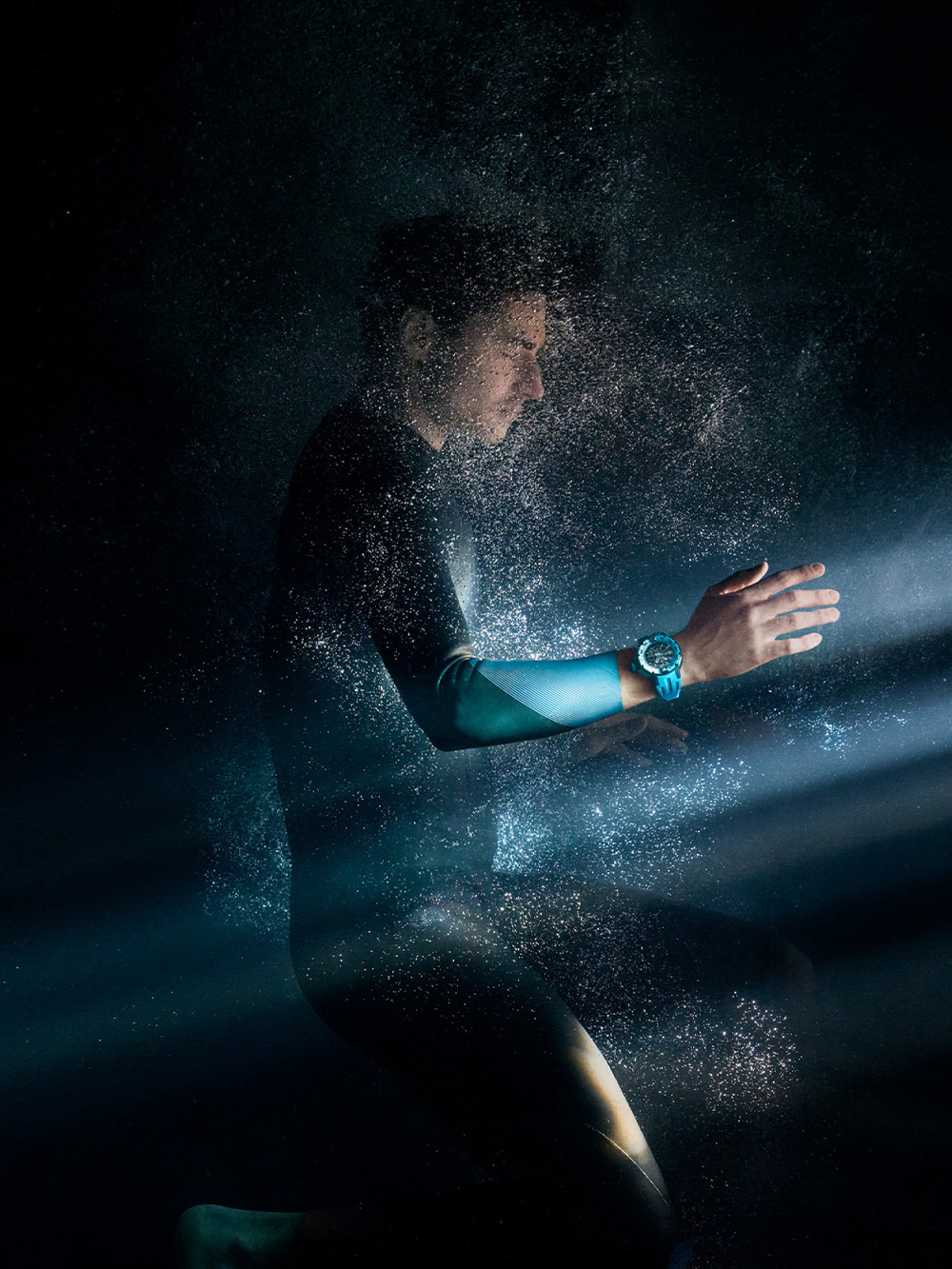 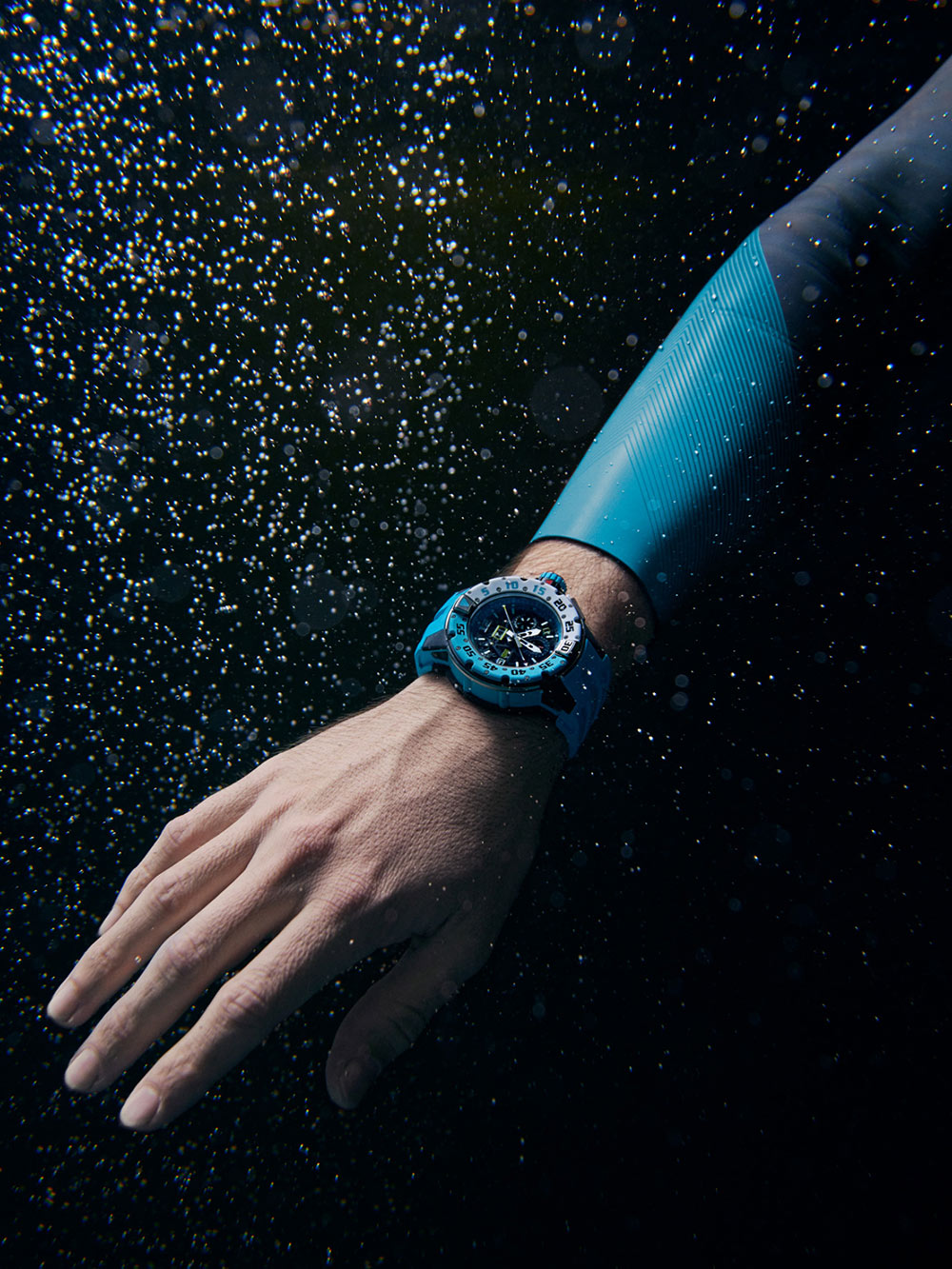 Beyond that, it’s the same watch we’ve been familiar with for over a decade. A large 50mm diameter case in a combination of titanium and carbon TPT with a thick unidirectional rotating bezel, water resistant to 300m. The dial also has the same layout of central hours, minutes, chronograph minutes, chronograph seconds, an oversize date, months, 12-hour counter and a running indicator. 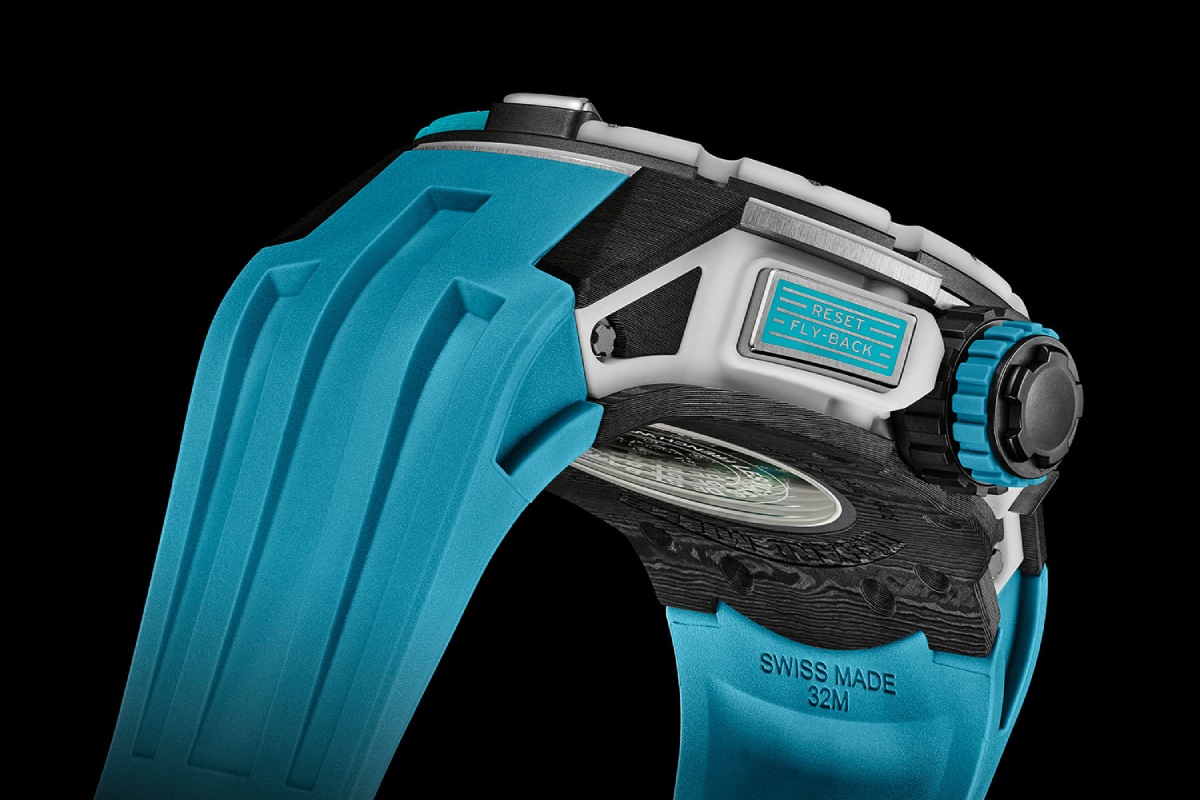 Running indicators are a function unique to diving watches, their purpose is to rotate quickly so that you can see that the watch is still operating at a glance – a function often fulfilled by the seconds hand, however the RM032 hasn’t got one. 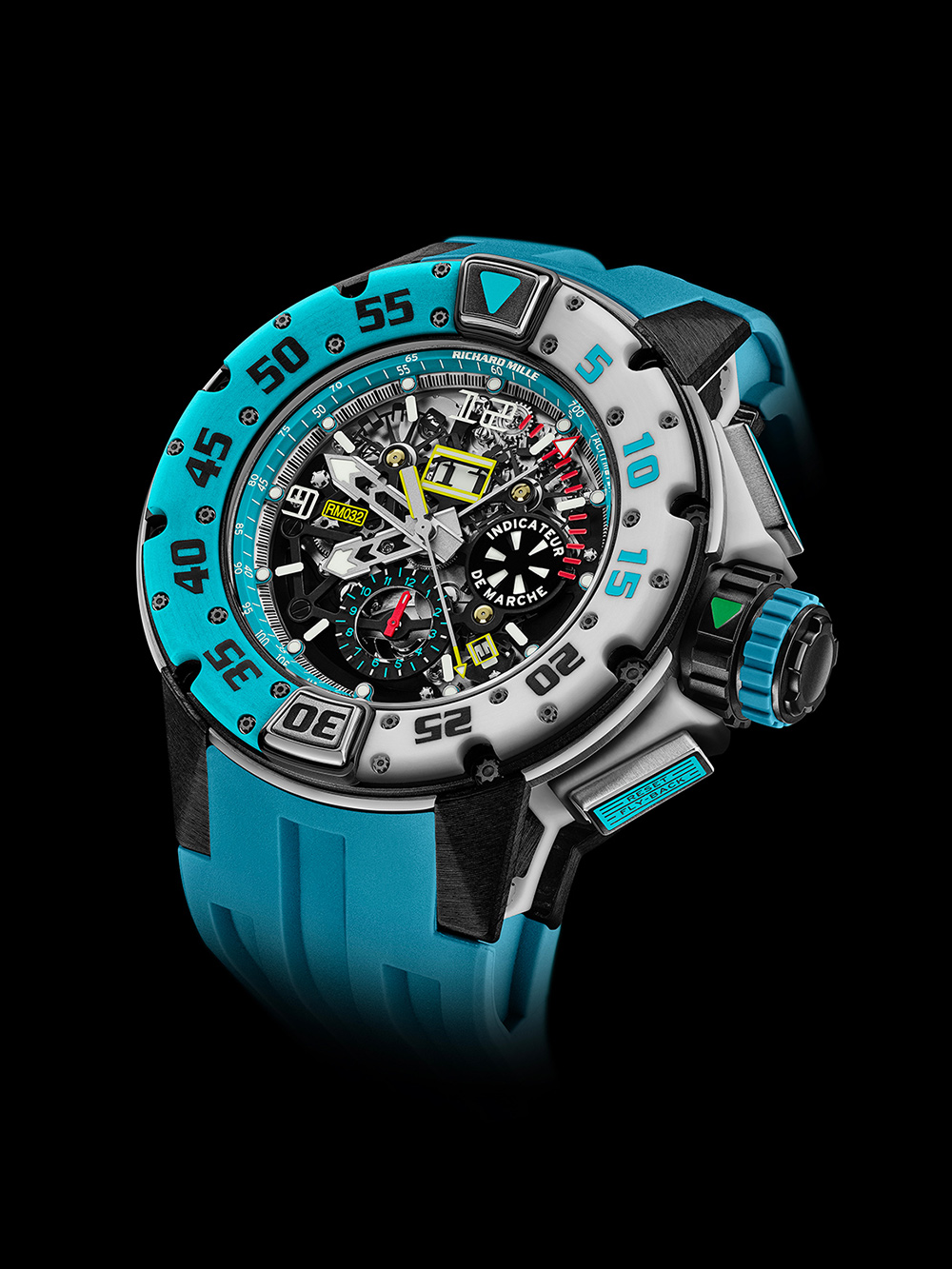 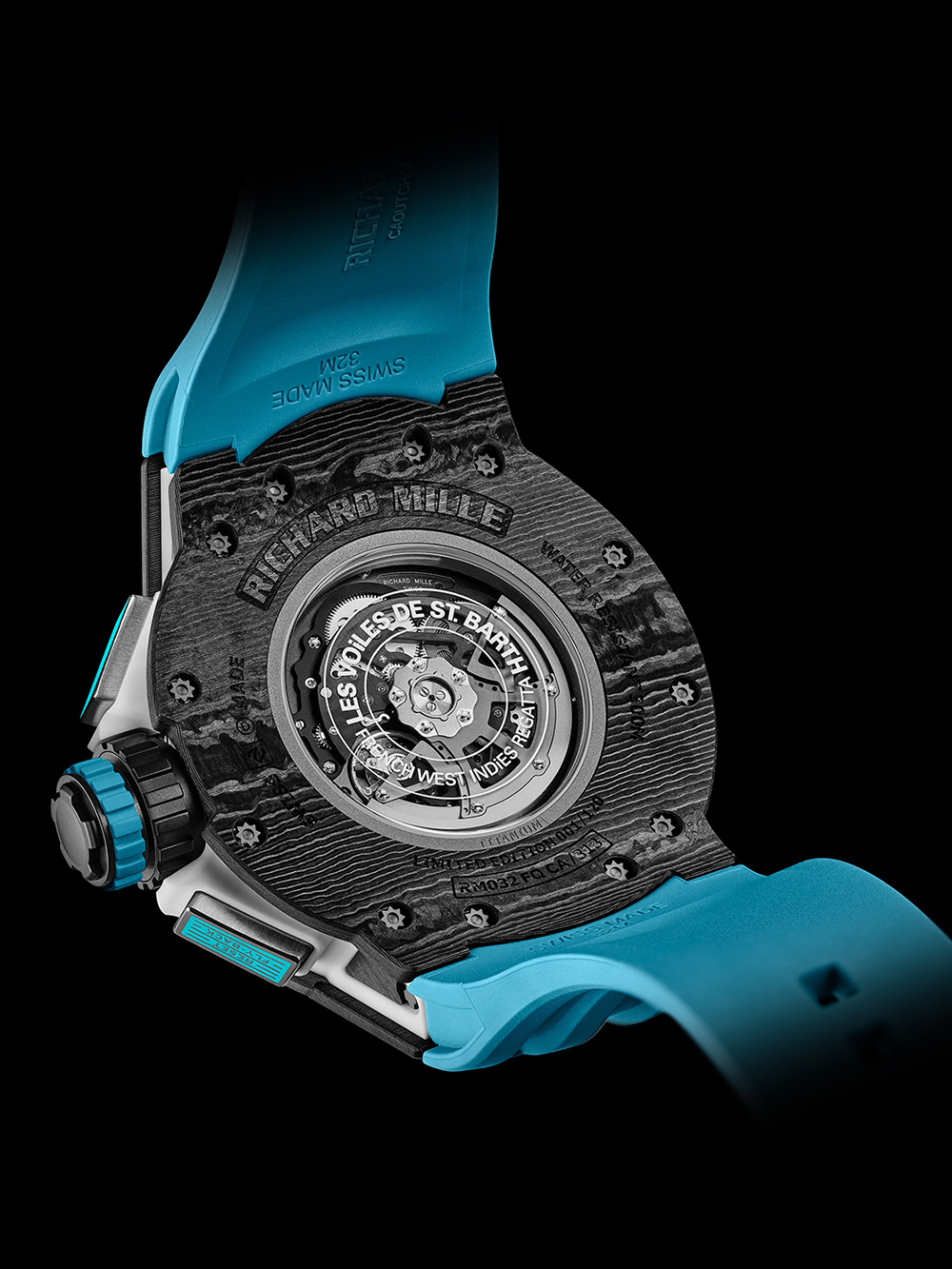 Its movement is the RMAC2 automatic with a skeletonised aesthetic and a variable-geometry rotor. Variable-geometry is another way of saying you can adjust the position of two fins on the rotor to impact how fast the rotor spins so that you don’t over-wind the watch during strenuous physical activity.

The RM032 Les Voiles de Saint Barth is available in a limited edition of 120 pieces. It’s as fresh as a cocktail on a tropical beach. If you prefer your Richard Mille’s with a Japanese flair instead of Caribbean, check out the RM47 Tourbillon.