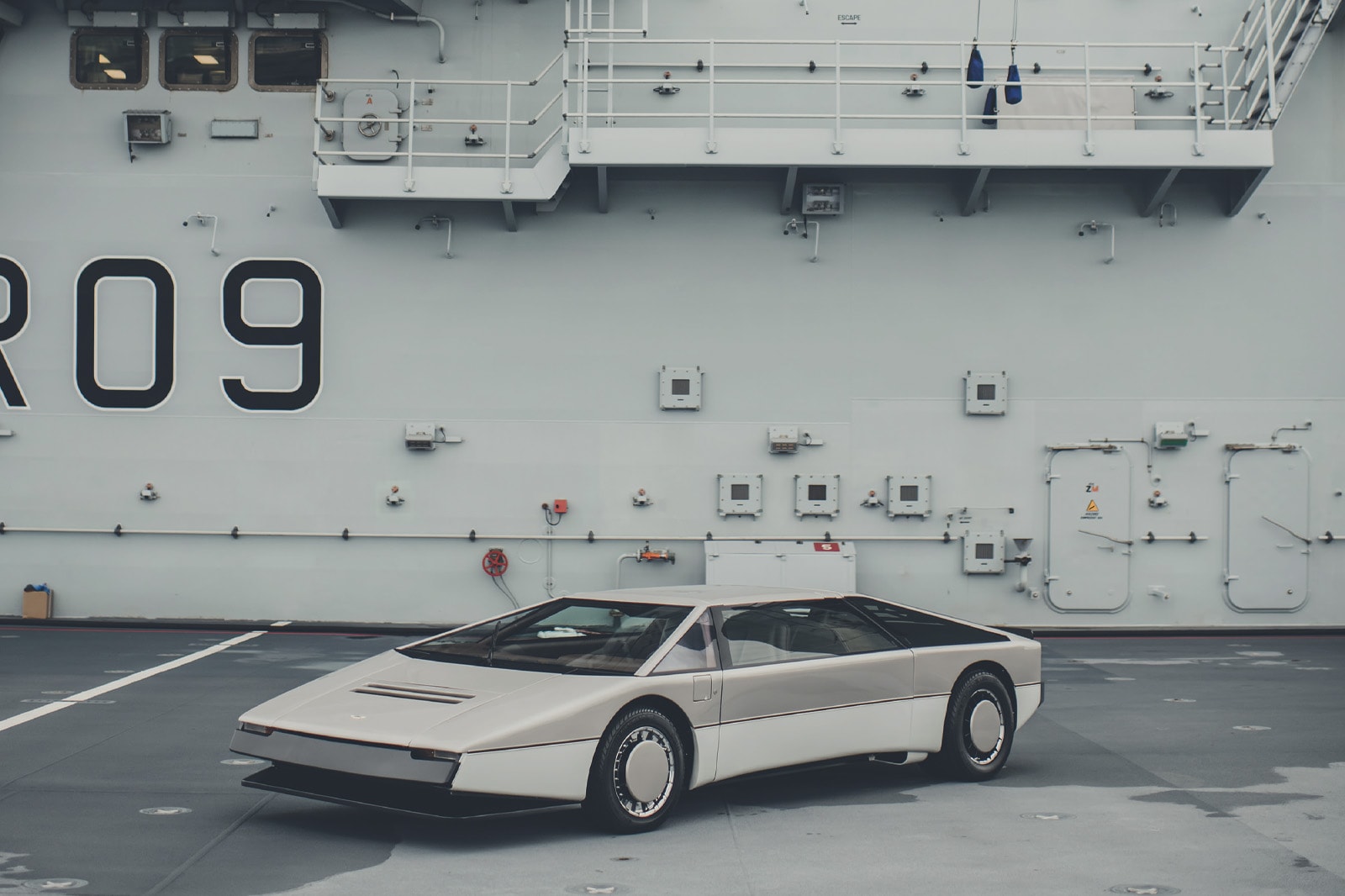 Any supercar worthy of the name will crack 200mph these days – but 44 years ago the ‘double ton’ existed only in a realm of performance inhabited by the quickest of purpose-built racers. In 1978, for example, Ferrari unveiled its V12-engined 512 BB with a top speed of 188mph, making it far and away the fastest street-legal car on the market (although an independent test by Autocar revealed that 163mph was nearer the truth…..)

So, to say Aston Martin was ambitious in planning to create a road car that was genuinely capable of hitting 200mph in the same year is an understatement, especially since inflation was running at almost 10% and fuel prices were so high that even the wealthy thought twice about buying a gas-guzzler. But that didn’t deter the British marque’s then managing director Alan Curtis, who had a plan to return Tickford (the coach building company acquired by Aston in 1955) to its original role as an engineering subsidiary capable of providing specialist services to other vehicle makers 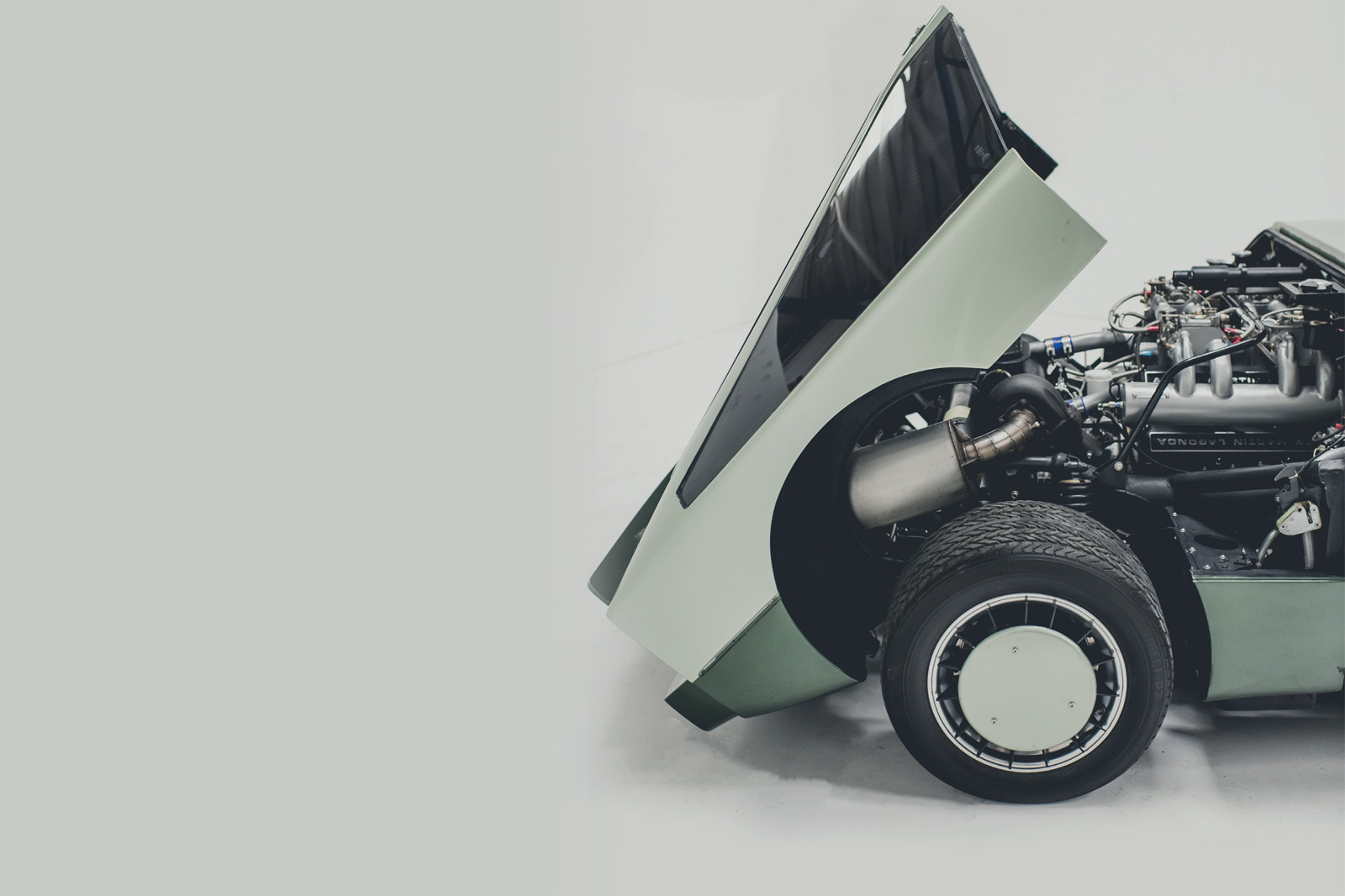 And what better way to demonstrate its abilities than to build the quickest, most radical-looking car on the market? The project was code-named DPK901 – and quickly shortened in-house to K9, a name that was on every sci-fi fan’s lips thanks to the robotic dog that had debuted the previous year in the hit TV series Dr. Who. Officially, however, the car was dubbed ‘Bulldog’ by Curtis after the Scottish Aviation Bulldog two-seater training plane in which he travelled the country on business.

But Curtis didn’t need to look far to find a designer to pen the lines of the ambitious new creation. That would be the eccentric William Towns, creator of the AMV8 (the successor to the DB6) as well as the extraordinary, wedge-shaped Lagonda that had taken Aston Martin into the luxury saloon market in 1976. 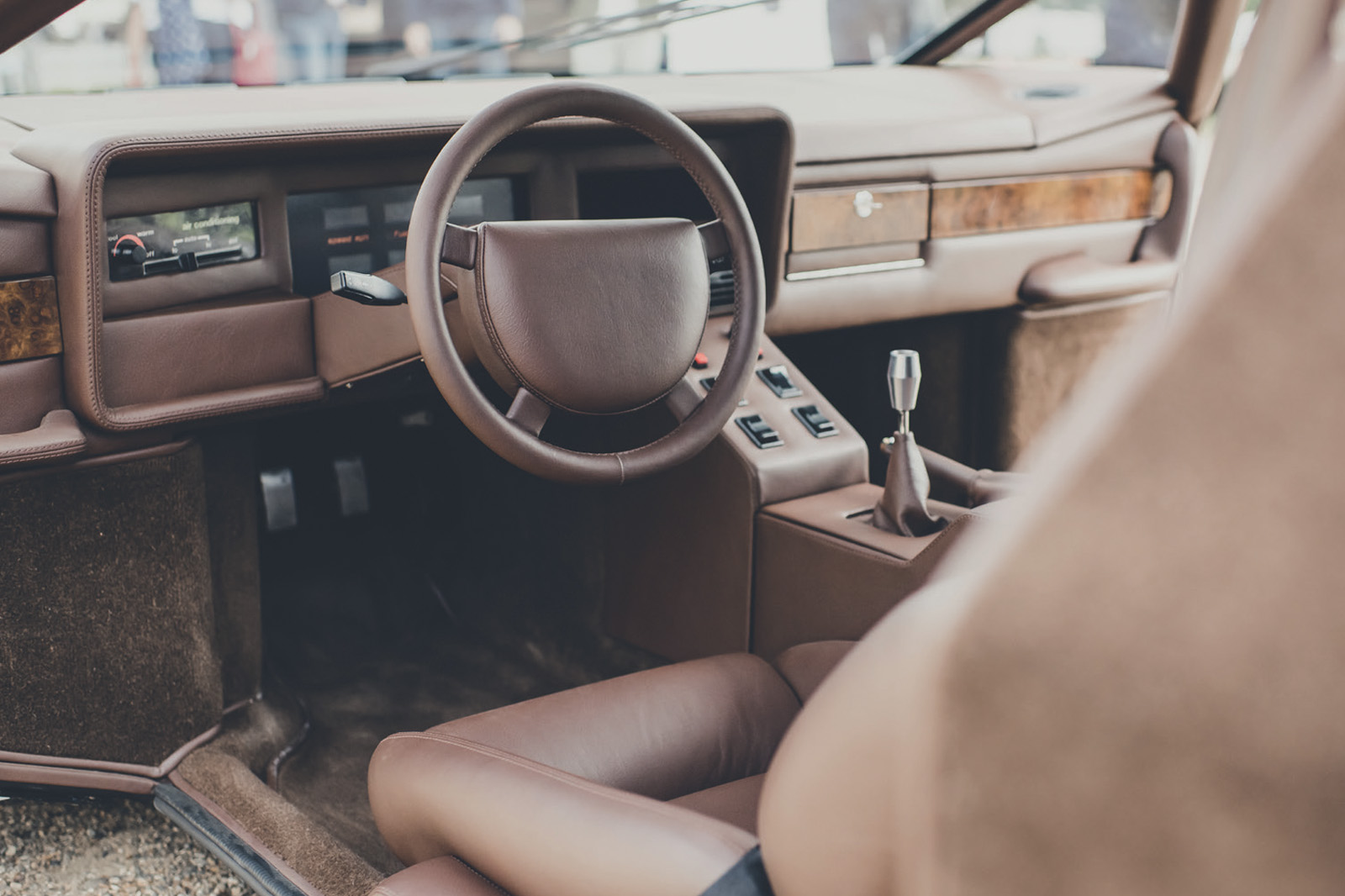 Measuring 15 and a half feet long and powered by Aston’s trusty 5.3 litre V8 engine, its head-turning looks and lavish appointments made it exactly the sort of car beloved of the Middle Eastern oil sheiks who (thanks to those soaring fuel prices) were about the only people who could actually afford to run one.

Towns left Aston Martin after creating the Lagonda in order to chance his arm as a freelance designer, and on that basis he was asked back to render Bulldog – the initial construction of which was so secret that it took place in the private workshop of one of the firm’s metal fabricators under the supervision of Aston’s head of engineering, Mike Loasby. 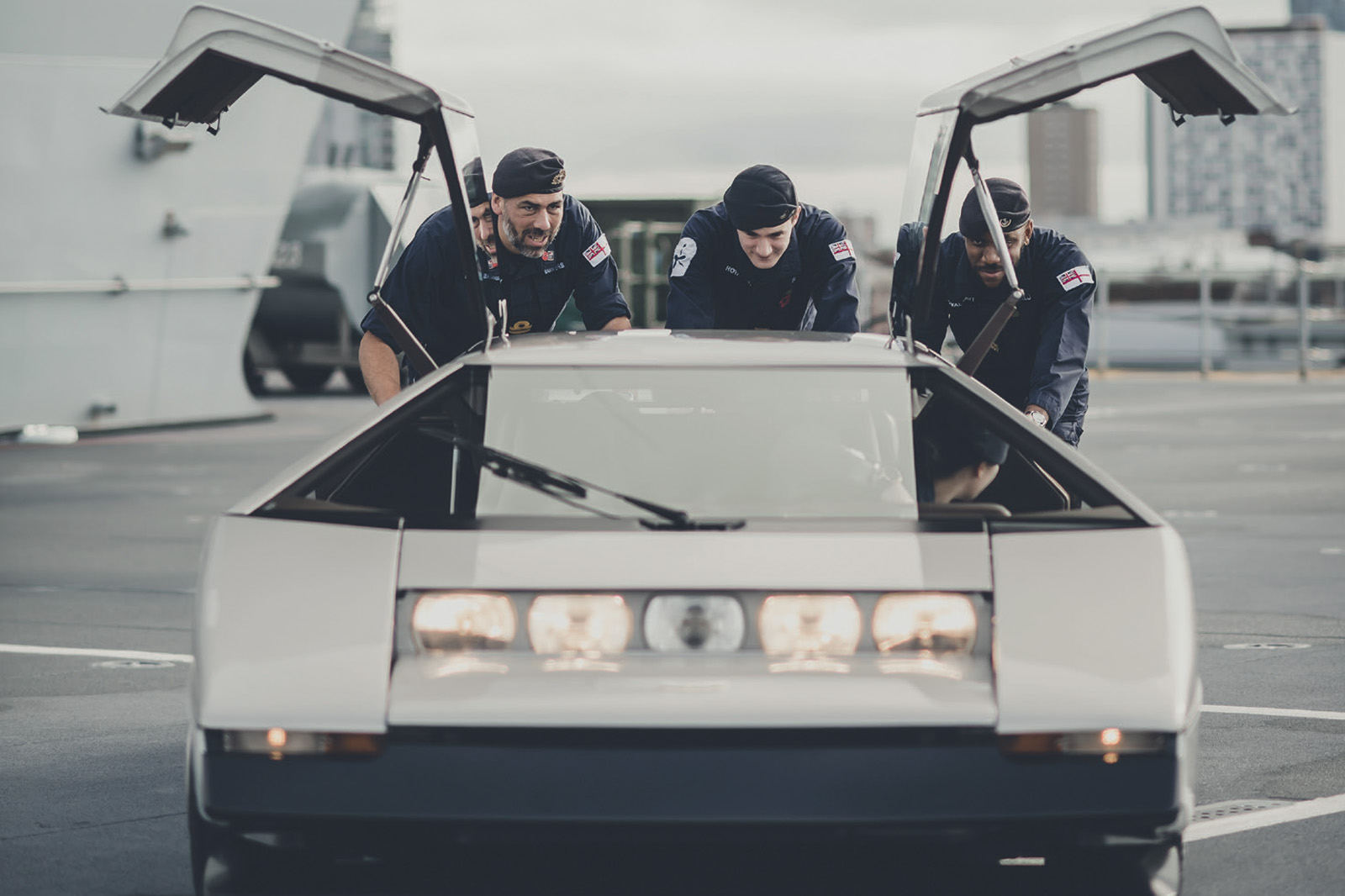 What the pair were essentially tasked to do was make a low-flying, two-door, hyper-sports version of the Lagonda with a wedge-shaped front, a vast windscreen, a length of 15-and-a-half feet and a height of just 43 inches. But the project stalled after Loasby quit Aston Martin to join the fledgling DeLorean company, leaving the job of finishing Bulldog to his former colleague Keith Martin, who got a dedicated space back at ‘the works’ and a team comprising two sheet metal workers, two fitters and two others who ‘did a bit of everything’.

To ensure Bulldog would crack the magic and elusive 200mph, it was decided to again use the 5.3 litre V8, but this time mid-mounted and with the addition of twin Garrett AiResearch turbochargers. The result: an estimated SEVEN HUNDRED horsepower. In a road car. In 1978…..In just eight months the hand-built car was ready for a shakedown run at the famous Millbrook proving ground, where the aptly-named Martin effortlessly cracked 135mph within a few laps, only slowing down when Bulldog’s temporary front panel was ripped-off by the wind pressure. 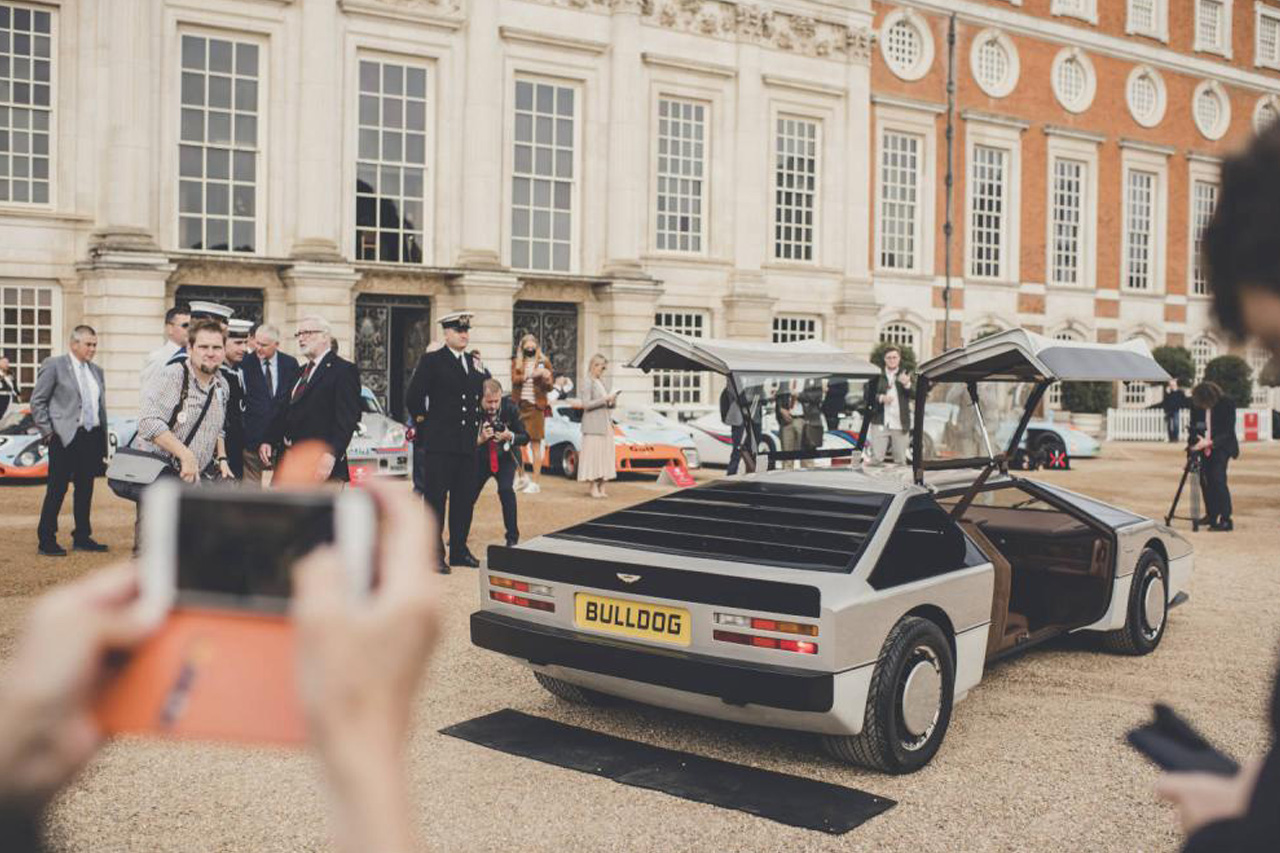 The car was officially ‘launched’ to the international motoring press in March 1980, after which further testing helped it reach 172mph at the Motor Industry Research Association (MIRA) test track where. Then in May of the following year, it came tantalisingly close to its goal with a verified speed of 191mph. But then Aston Martin was sold, Curtis left and his replacement – the shrewd and ebullient Victor Gauntlett – decided it would be prudent to end development of Bulldog and to sell it in order to raise funds to prop-up the firm’s precarious finances.

A Saudi prince soon came forward with the necessary £130,000 (which he handed over in the form of traveller’s cheques) and duly headed-off towards London – blissfully free of the road tax, number plates and insurance required by UK law. But within days, Bulldog was returned with a blown engine and wrecked gearbox. His highness had, apparently, shifted from top gear down to second at a somewhat illegal speed, trashing the carefully-built, twin-turbo motor in the process. 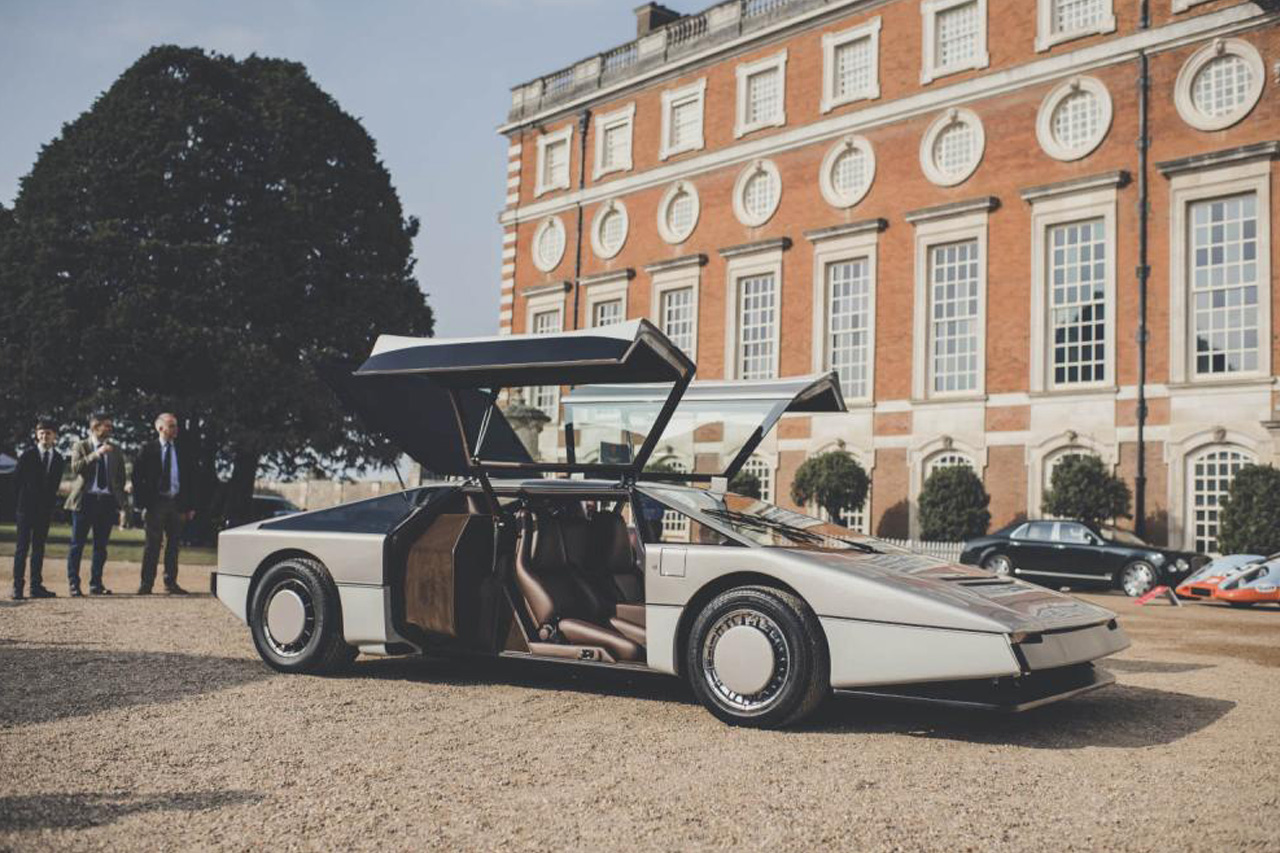 After being rebuilt, the Prince exported the unique machine to America where he kept it among a collection of other supercars, occasionally using it for high-speed blasts and drag races on closed roads in the Arizona desert. Bulldog then spent decades out of the public eye before first re-appearing at the 2009 Goodwood Festival of Speed, having been quietly acquired by a Far-East-based collector. It then disappeared again until 2013 when it drove through central London as a key element of Aston Martin’s centenary celebrations, six years after it was bought in an under-the-radar deal by American collector Phillip Sarofim.

Sarofim, a wealthy entrepreneur who owns both the futuristic Lancia Stratos Zero and the Meyers Manx beach buggy brand, immediately entrusted the by then sorry-looking Bulldog to top UK restoration firm CMC in Shropshire for a full and comprehensive rebuild. 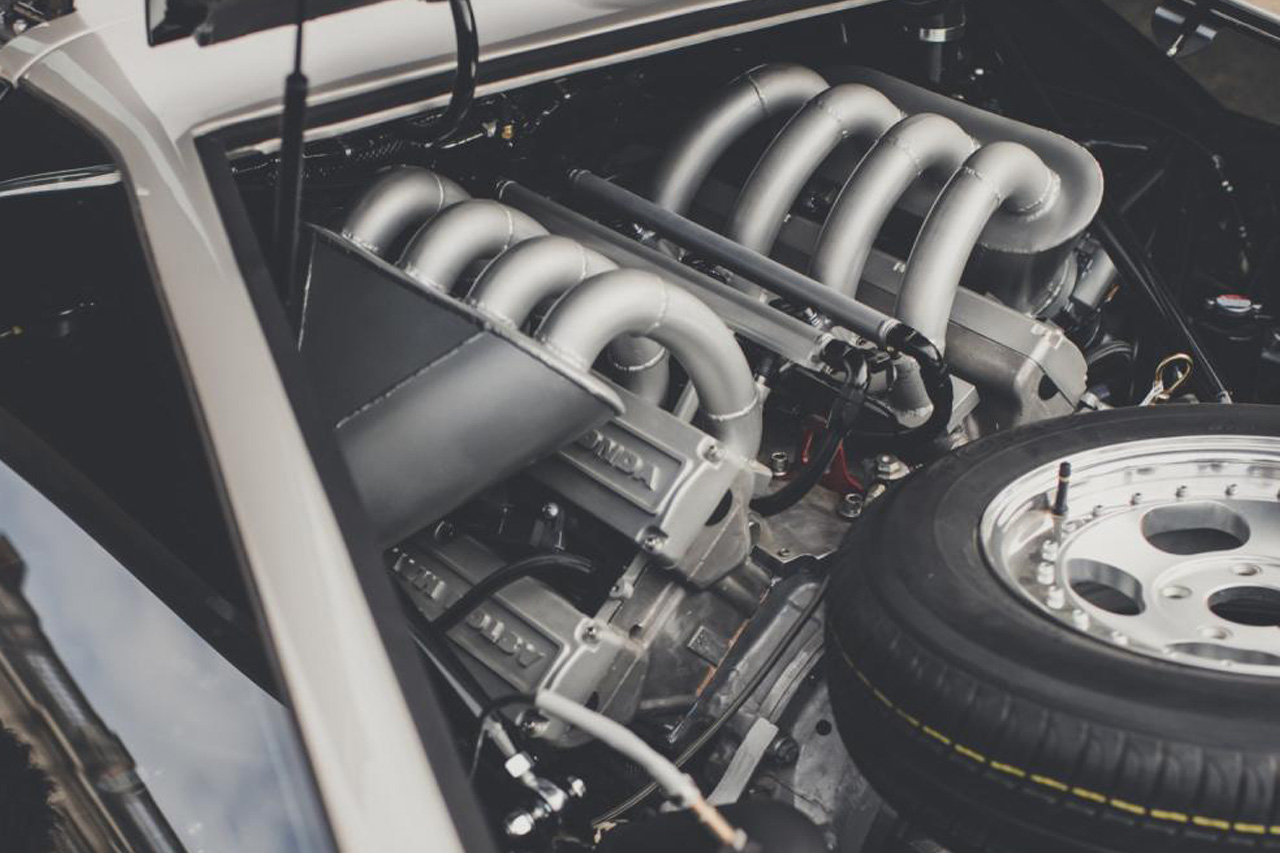 All that now remains is for this unique example of 1970s automobile excess to finally broach that magical 200mph barrier – something that it is set to do later this summer with none other than long-standing Aston Martin Racing endurance driver Darren Turner at the wheel.

One thing’s for sure – we can’t wait to hear it bark in anger….

A freelance journalist whose articles on cars, motorcycles, boats and watches appear in publications around the world, he has been riding motorcycles since the age of six and currently has a stable of 15 machines to ensure all bases are covered. The author of ‘Classic Cars – a Century of Masterpieces’, he is currently completing a companion volume about motorcycles.

From the E-Type to classic Porches, meet the iconic cars souped up for the 21st century.