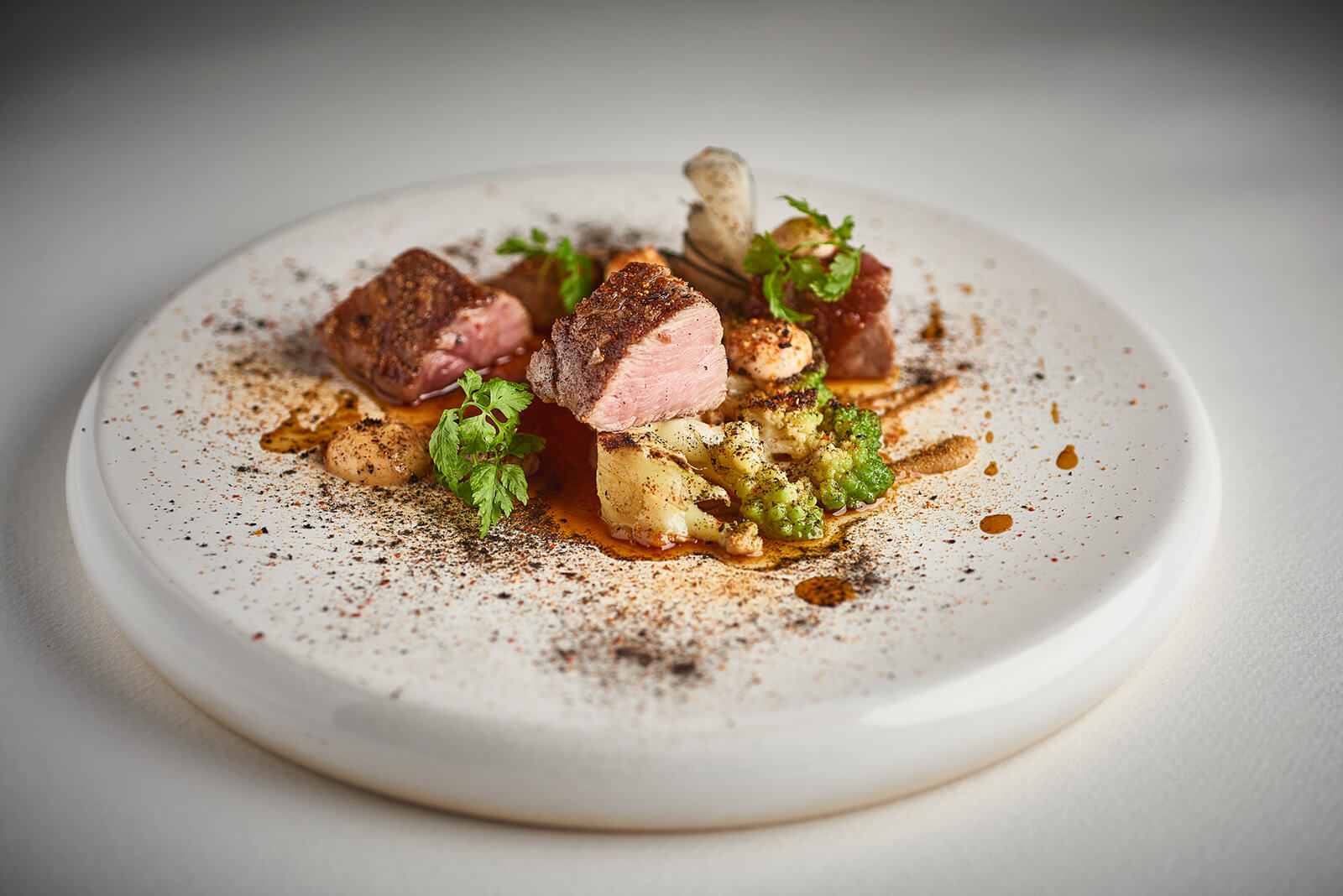 The latest addition to Covent Garden’s culinary repertoire, Frog by Adam Handling, welcomes the food savvy. With a variety of menus, both tasting and à la carte, the food – whichever you choose – never fails to be exquisite. When I sampled it myself, the five-course menu was impossible not to devour. Oysters, cheese doughnuts and duck croquettes were the perfect snacks, if you could call them that. Adam and I seem to be on the same page when it comes to our definition of ‘snack’. Celeriac, date, apple and fresh truffle came first, with an Austrian wine pairing that was dry, complementing the cream cheese filling. Mushroom agnolotti with bone marrow and black garlic came next. The Hungarian red wine it partnered with was strong and earthy to balance the strength of the flavours in the dish. Cod, smoked eel, brown shrimp and kohlrabi was really tasty, the full flavours of the different fish coming through in their own right, and the lamb Wellington was beautifully rich. It was at this point that our waiter informed us of Adam’s attempt to achieve a zero-waste restaurant, with all leftovers being used in various other dishes across his foodie empire.

The waiter astutely assumed my guest and I would share the two options for dessert; apple, yeast and fig leaf and rhubarb, juniper and creme fraîche. Paired with a sparkling, low-alcoholic wine – that reminded me a lot of pear-flavoured Appletiser – and Umeshu, the Japanese plum wine, this is the first meal I’ve had in a very long time where the pairings were this well-matched with the courses. A small restaurant, dark at first glance but brightly-lit in front of the kitchen, Frog by Adam Handling is where I’ll be heading more so in the future.

2. From Meatpacking to Mayfair 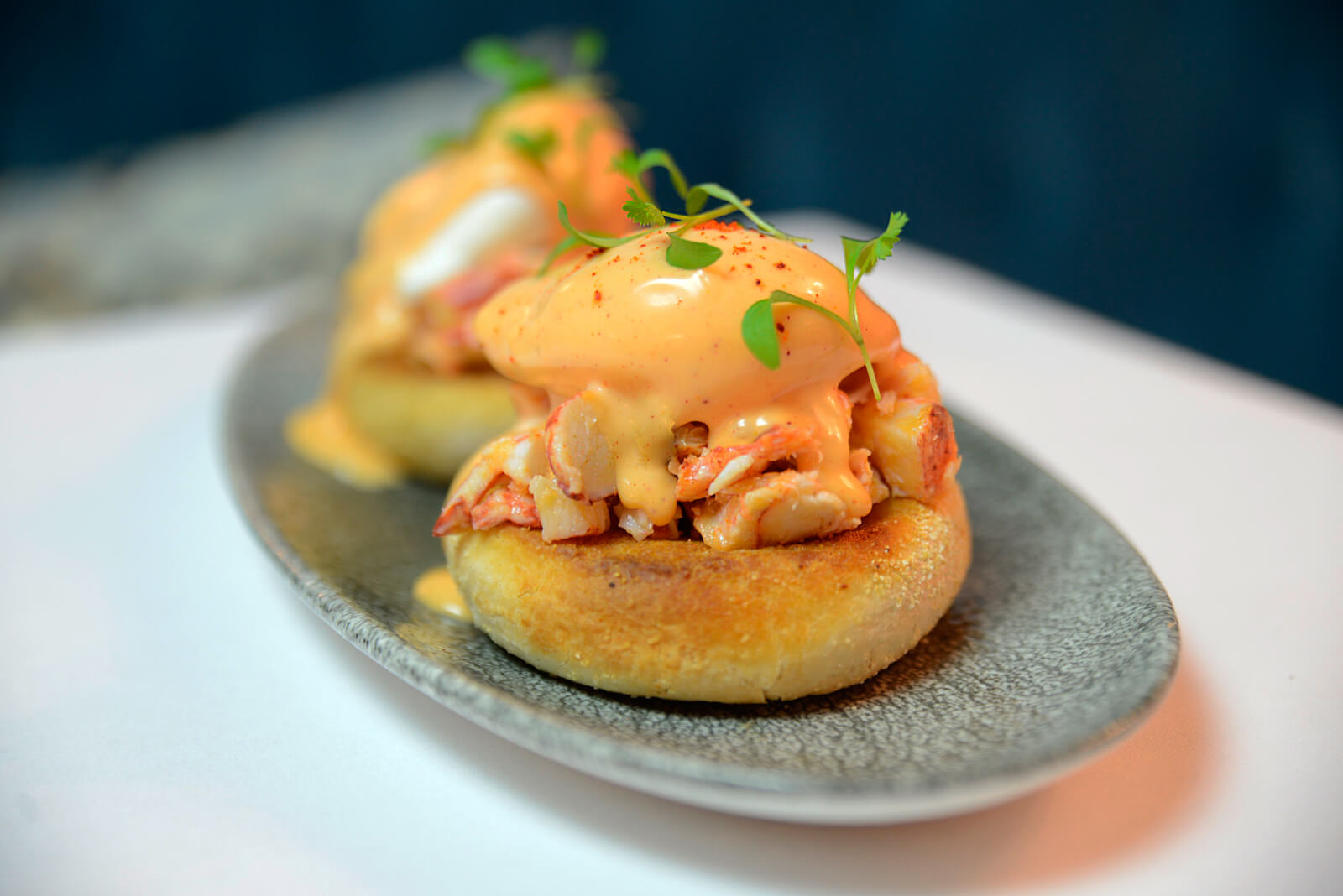 Madness, chaos and a lot of fun. That’s what awaits you on a weekend at Bagatelle. It starts off mellow, mind you. I say mellow; it’s midday, the music is blaring and some people are dancing, but you’re still able to tuck into your lobster eggs Benedict and truffle pizza with gusto. While sharing is definitely encouraged, unlike many restaurants in London, individual dishes are accepted just as readily. Then the switch flips. You’re not entirely sure exactly when this happens but it does. Music gets louder, mouthfuls of food turn to shots and everybody is dancing on the chairs – which are stiletto-proof, by the way. What can I say? This is a restaurant that clearly knows its customers. It’s the biggest party in London and you’re here, so there’s not much else to be done but enjoy it. Go on – venture into Bagatelle and see it unfold for yourself. 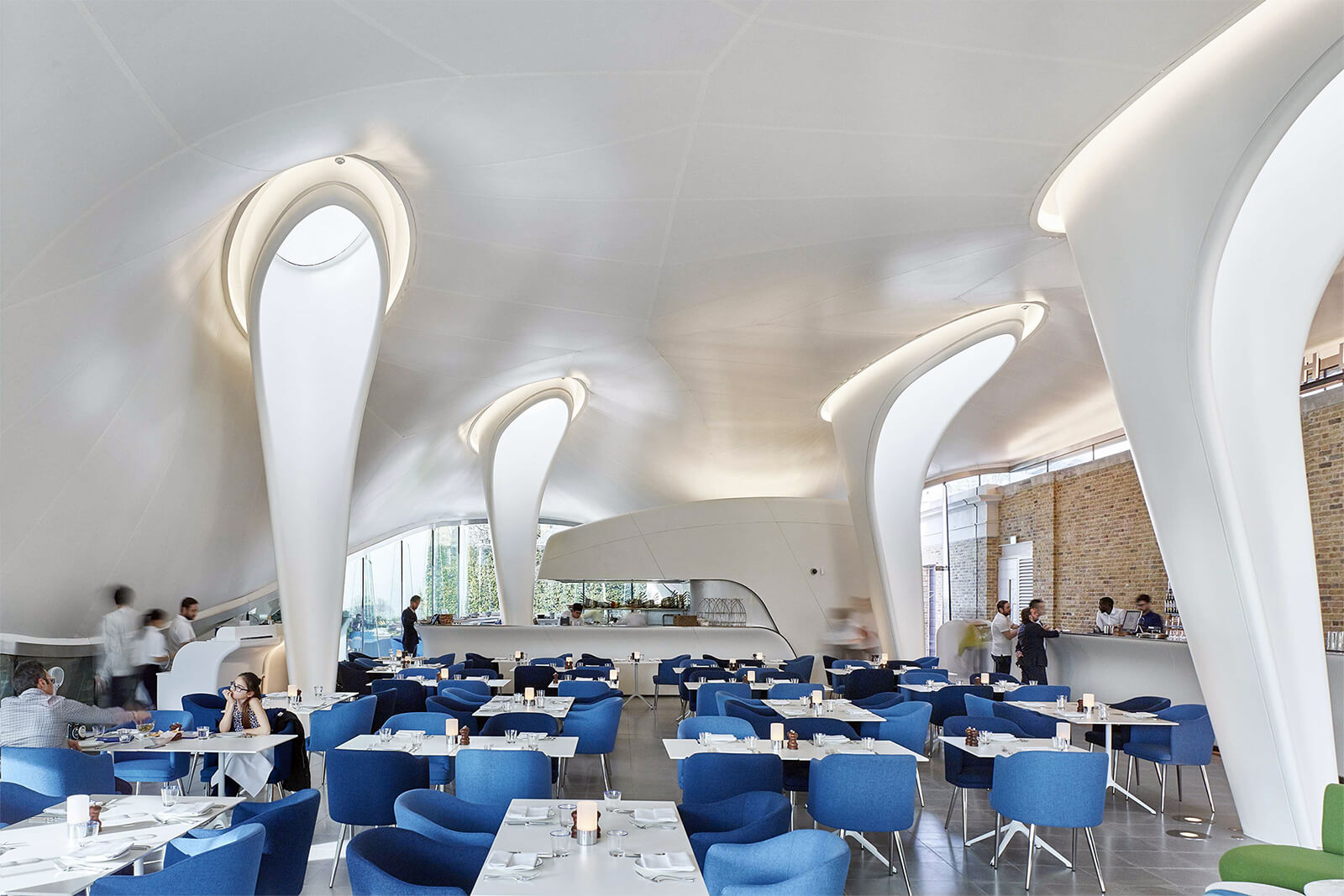 Collaborating with chefs across the country, Italian restaurant Chucs has found its next culinary venture. Partnering up with British chef, Phil Howard, theirs is a palate-satisfying menu created specifically for this event. Showcasing Phil’s skills through dishes such as roasted octopus and handcut Strozzapreti with truffle, butter and parmesan, it’ll be enjoyed in the dining room designed by the late Zaha Hadid. It’s an evening not to be missed.

4. A Piece of Portugal in London 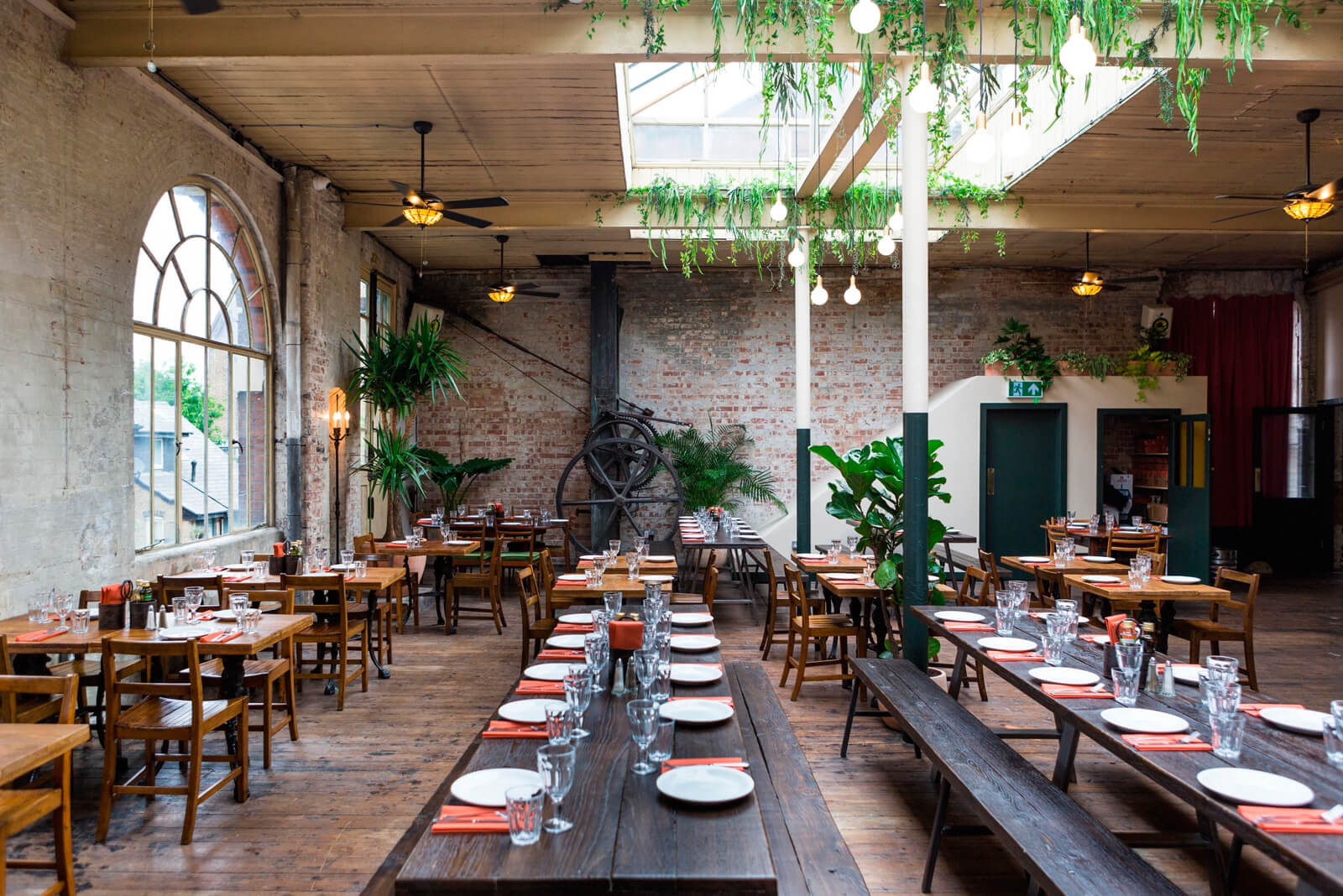 Taste traditional Algarvian dishes in London, where Casa do Frango locally sources its free-range chicken and then grills it over charcoal. Now it’s time for Nando’s-addicts to let go and experience these new-to-them but age-old Portuguese recipes. Here for the drinks? Sit back and relax with a glass of Portuguese wine or a Super Bock, the country’s famous beer. It’s on draught too…

Lincoln Plaza London has landed in Canary Wharf, the latest addition to the Curio Collection by Hilton portfolio. The leading light, restaurant-wise, is Mr Todiwala’s Kitchen, a pan-Indian eatery spearheaded by chef Cyrus Todiwala, OBE. Look out for the Keralan Crab Masala and the Saffron and Ginger Halibut; chicken korma will never quite cut it again. A lot of the dishes stem from South India, where Persian influences were introduced into the cuisine and there’s even a delicious version of a Sunday roast. 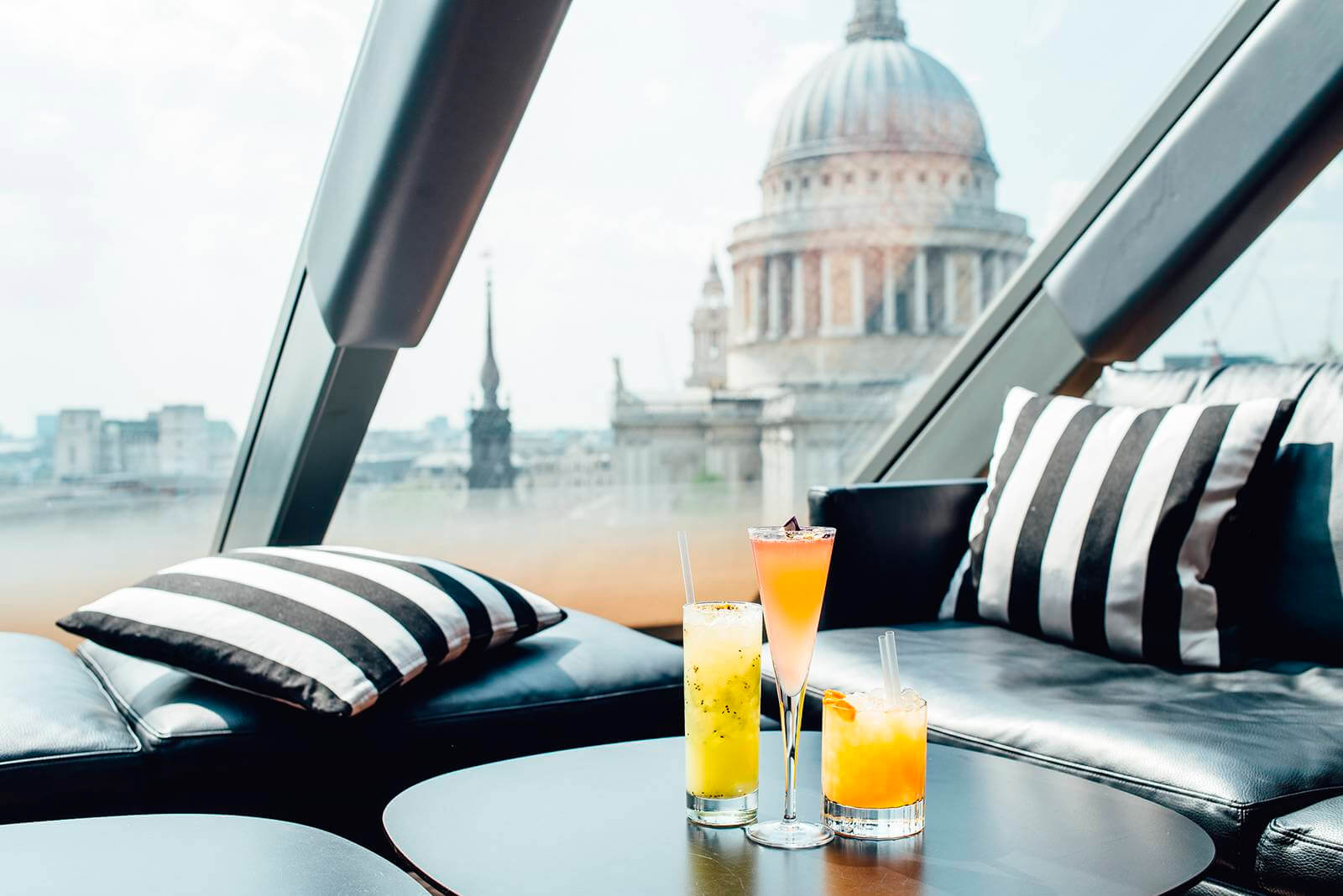 Madison rooftop know how to do a pop-up. The view alone’s enough reason to visit, however, the team are also offering a tropical atmosphere with their take on Tiki-inspired drinks. Classics such as the Mai Tai and the Hurricane will grace the menu, but they’ll be accompanied by creations such as the Daikiki – using almond-infused Havana Club, lime juice, vanilla syrup and citrus bitters – as well as the Captain Garp, which sees Tanqueray mixed with rosemary syrup, lemon juice, grapefruit bitters and soda.