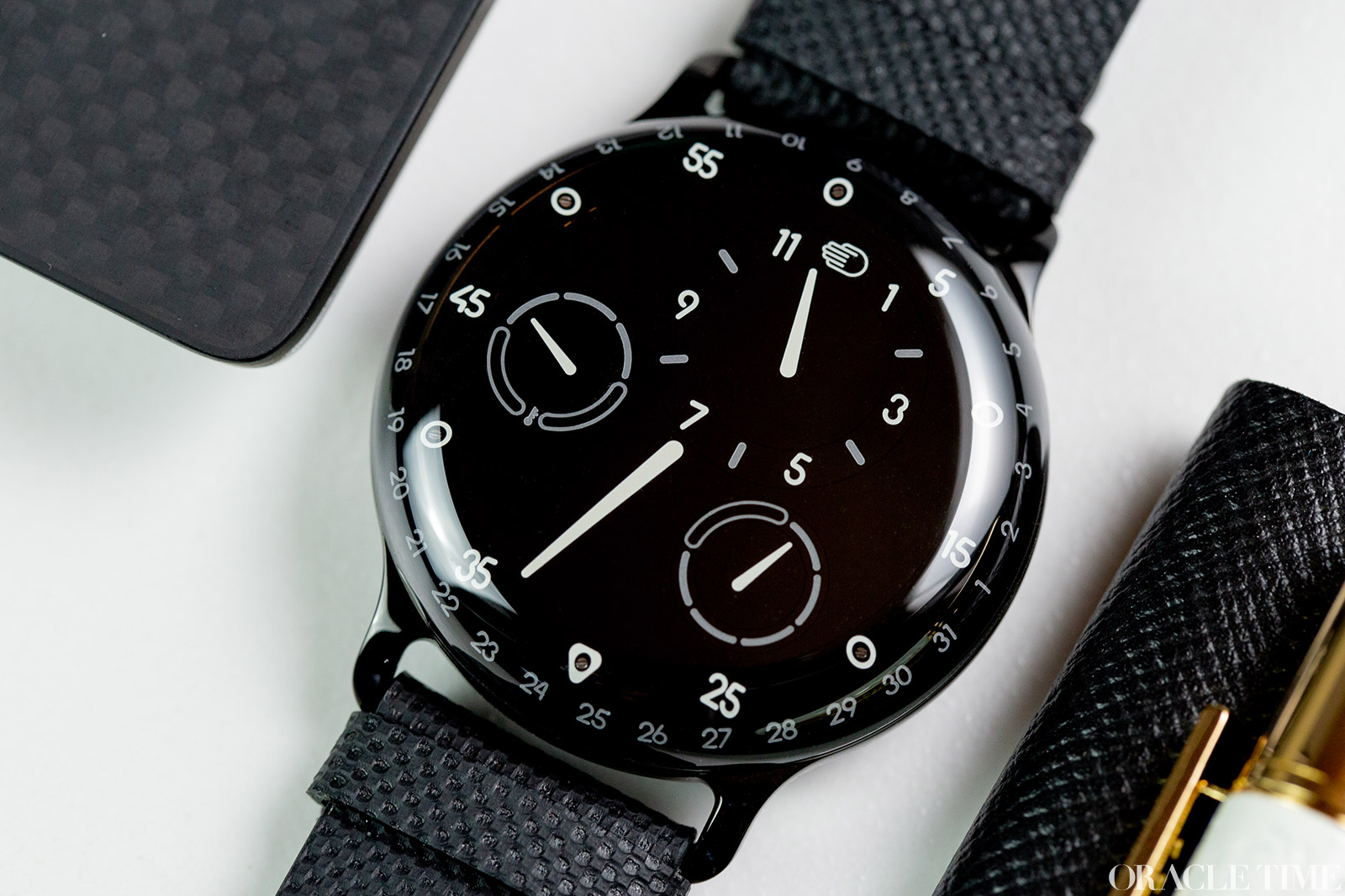 Picking up the new Ressence Type 3BBB I find it very hard not to wax lyrical about swans. Because, if any watch were to exemplify the classical metaphor of a swan, serene on the surface and working away furiously below, it would be the Type 3BBB. Arguably that has always been the case since the Type 3 was released in 2013. However, the new colourway, exclusive to 2022, emphasises that fact a hundred fold.

In terms of structure the 3BBB is almost identical to the regular Type 3. However, since that original watch won the Horological Revelation award at the Grand Prix d’Horlogerie de Genève in its debut year, it’s worth having a recap.

It has an edge to edge sapphire crystal on both the front and rear of the watch over a black DLC coated titanium case and dial. Then, the gap between the dial and the crystal is filled with oil, which is what gives the Type 3 its incredible smoothness and sense of solidity. Since oil and glass react to light refraction in similar ways the whole display blends together and appears literally seamless. There’s that serene surface I was talking about. 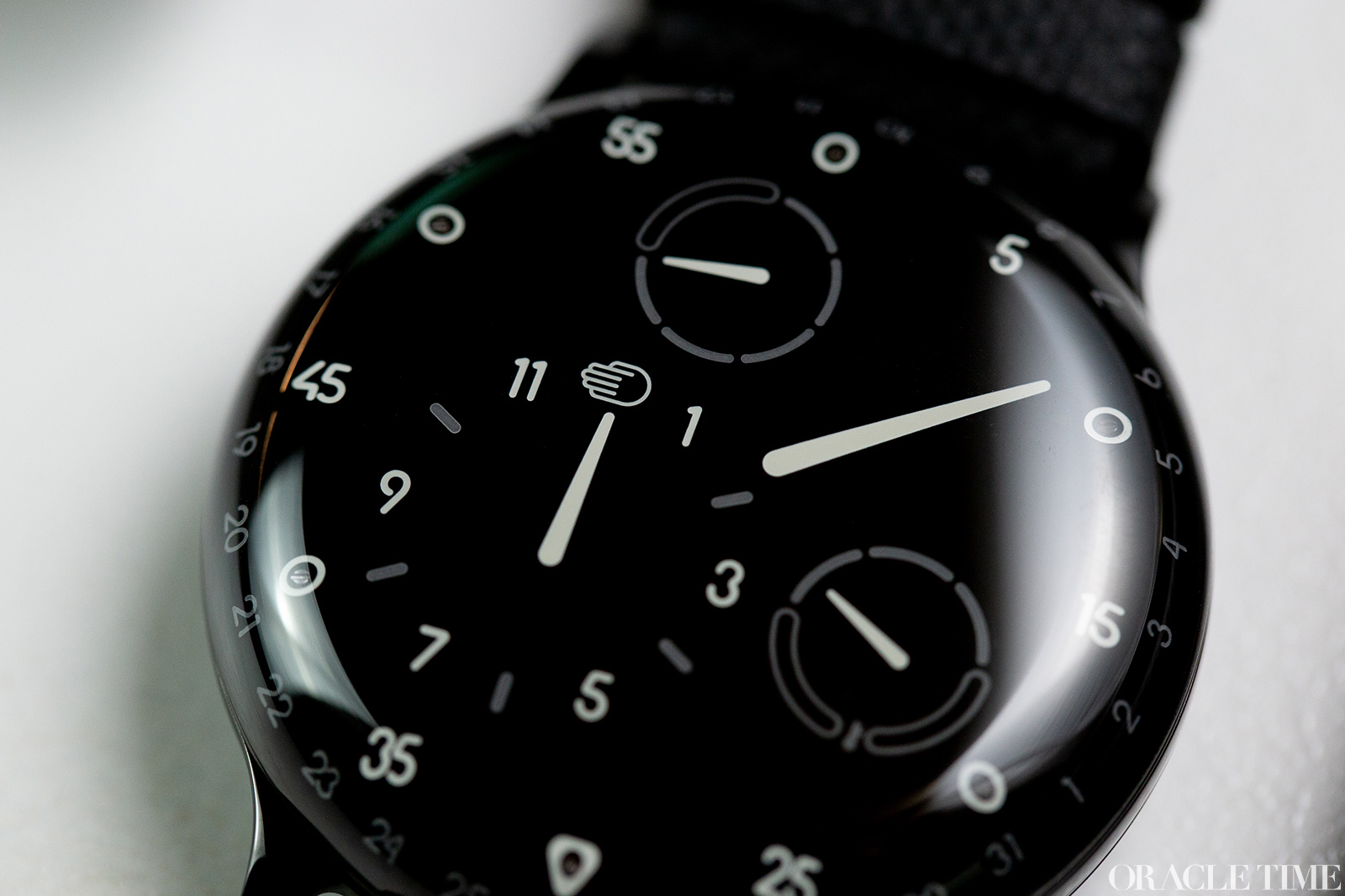 And below said surface, the mechanics involved in flooding a watch with oil without compromising the oscillations of the balance spring with a viscous liquid are very complicated. The short explanation is that Ressence implemented a double chamber system that keeps the oil and automatic movement separate. That means they don’t interfere with each other while still allowing the Ressence Orbital Convex System (ROCS 3) calibre to control the movement of the hands. Oh yeah, and if you’re unfamiliar with Ressence, the whole face rotates like a quasi-carousel movement in the vein of the Ulysses Nardin Freak, that’s probably important to mention.

What the Ressence Type 3BBB adds on top of all that is that this is the most minimalistic version of the Type 3 to date – at complete odds to the intricate and colourful Type 1 DX2 they released last year. The 3BBB has had all colour removed from it save black, white and a light grey. The name ‘Type 3BBB’ stands for ‘Type 3 Black-Black-Black’ in honour of the fact that a greater proportion of the watch is black than its predecessors. 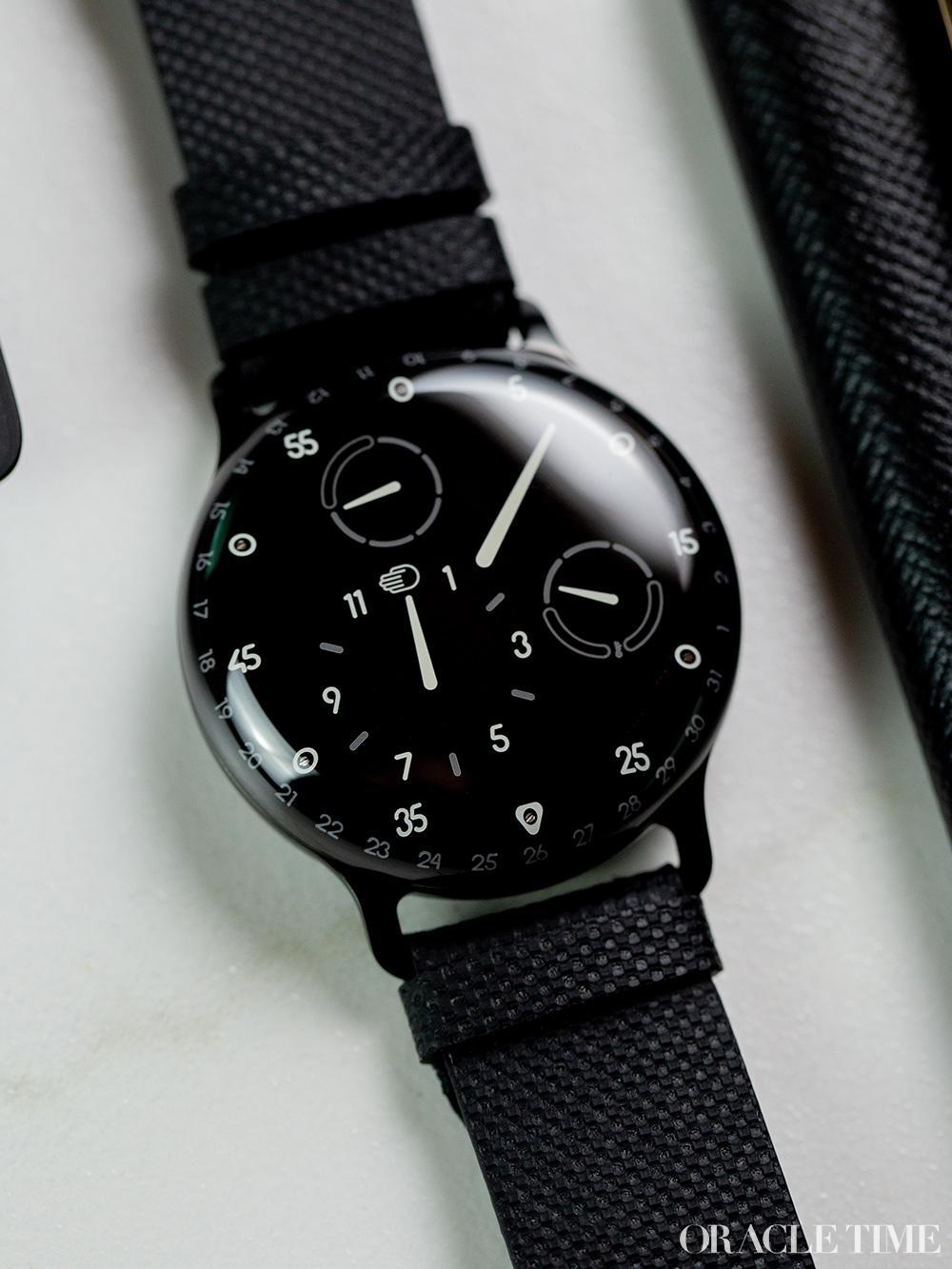 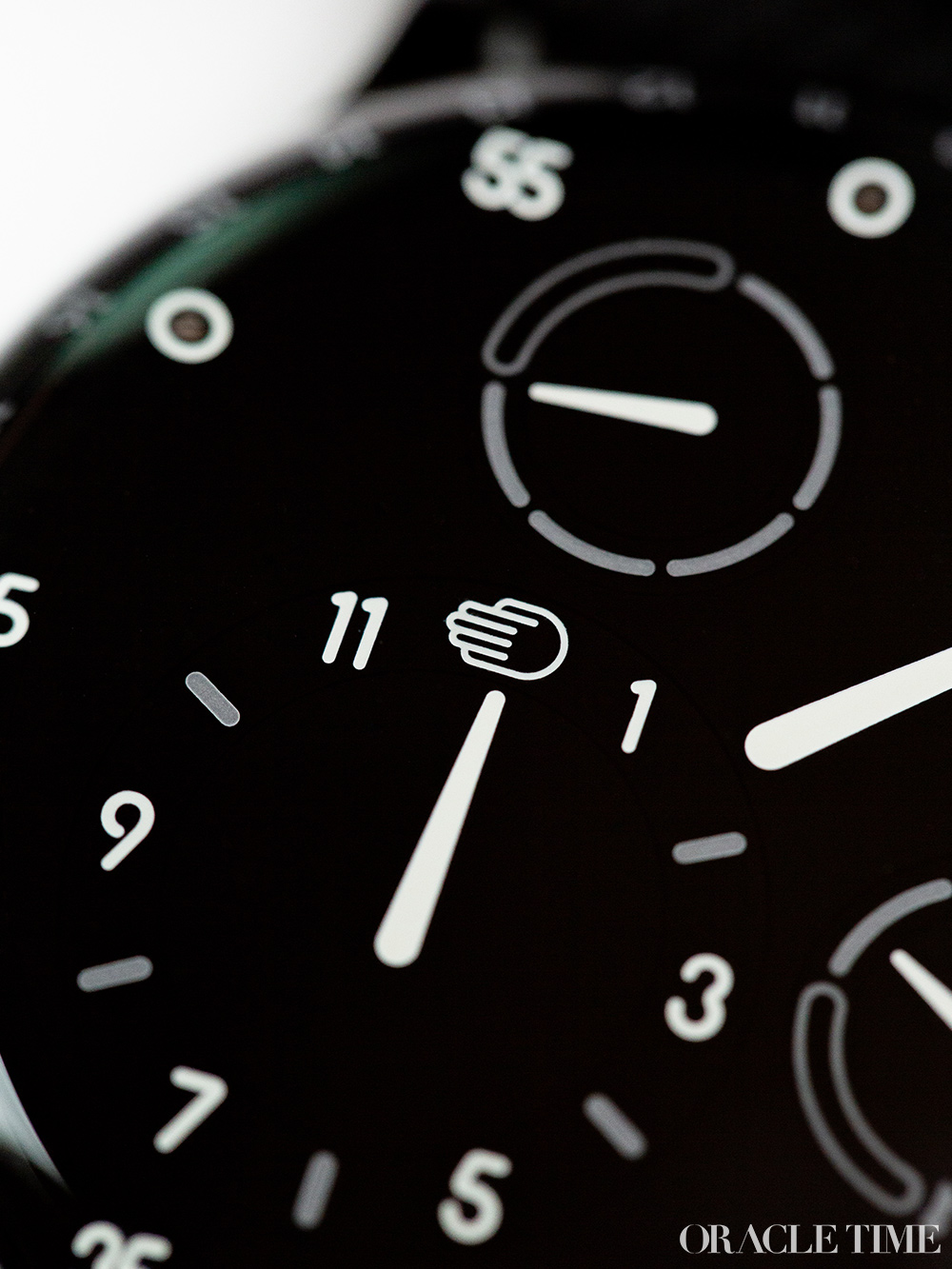 The only issue with removing all colour is that the indicators, which used to be red, blue and orange, now all look the same. Which means when I initially took it out of the box, I wasn’t even sure which way was up, although that was quickly resolved by looking at the orientation of the minute scale. It also took a moment to work out which subdial was the days and which the oil temperature. Ultimately though, it looks amazing, the multiple white dials and hands rotating through an inky void.

My second take away is that it’s somewhat of a pain to set. The crownless design means everything is controlled by rotating the caseback either clockwise or anticlockwise: the winding, the time, the date and the day. It’s not exactly intuitive and requires quite a bit of experimentation before you start to understand it. And once you do understand it, that doesn’t change the fact that it’s a slow process. 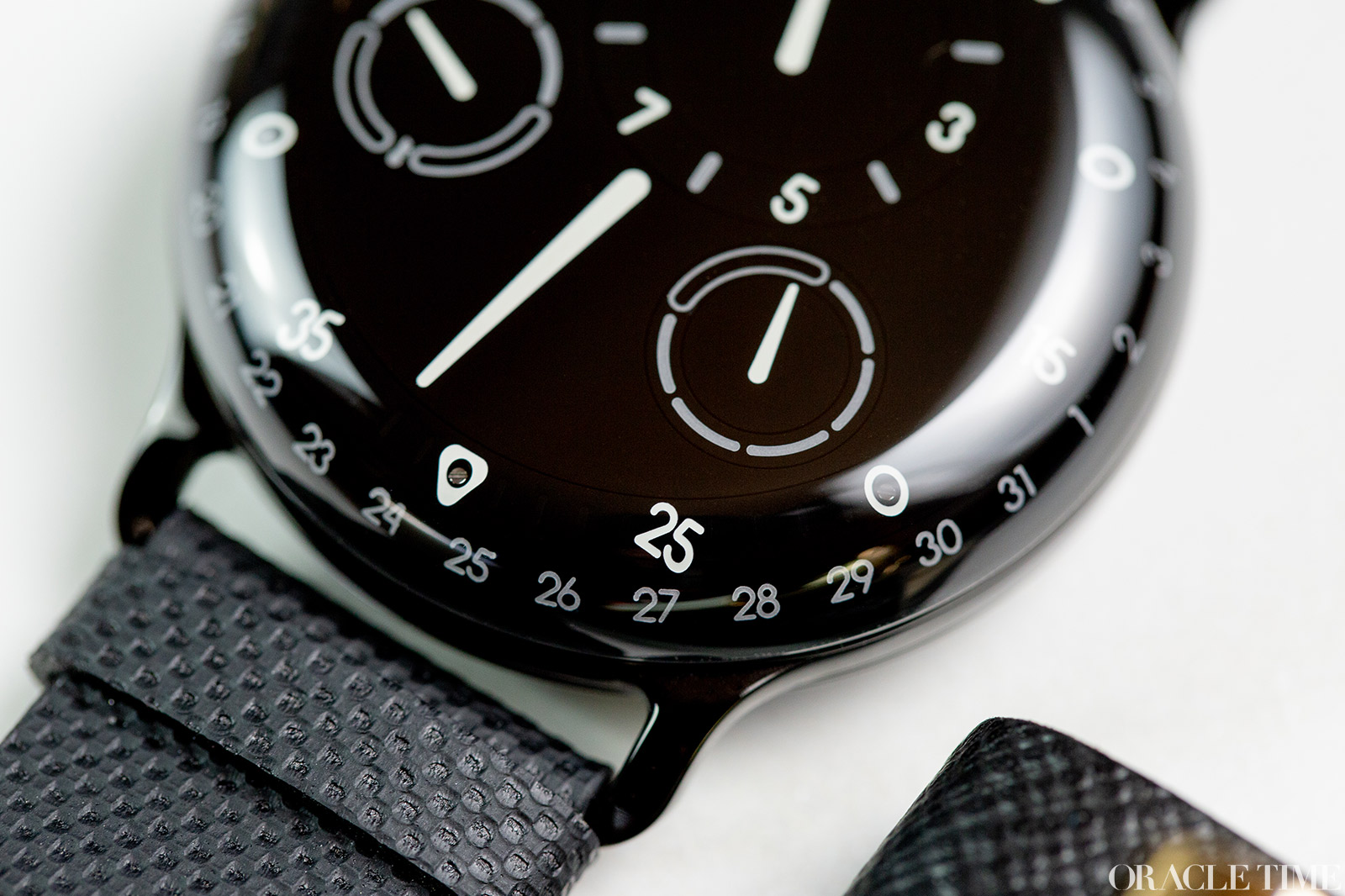 My advice is that once you’ve got it set correctly, make sure to keep it wound to avoid the hassle of redoing it. Unfortunately, that’s where its 36-hour power reserve isn’t ideal, 42+ would provide much more utility. However, those limitations aren’t unique to Ressence and assuming you wear it regularly you shouldn’t have any issues whatsoever. 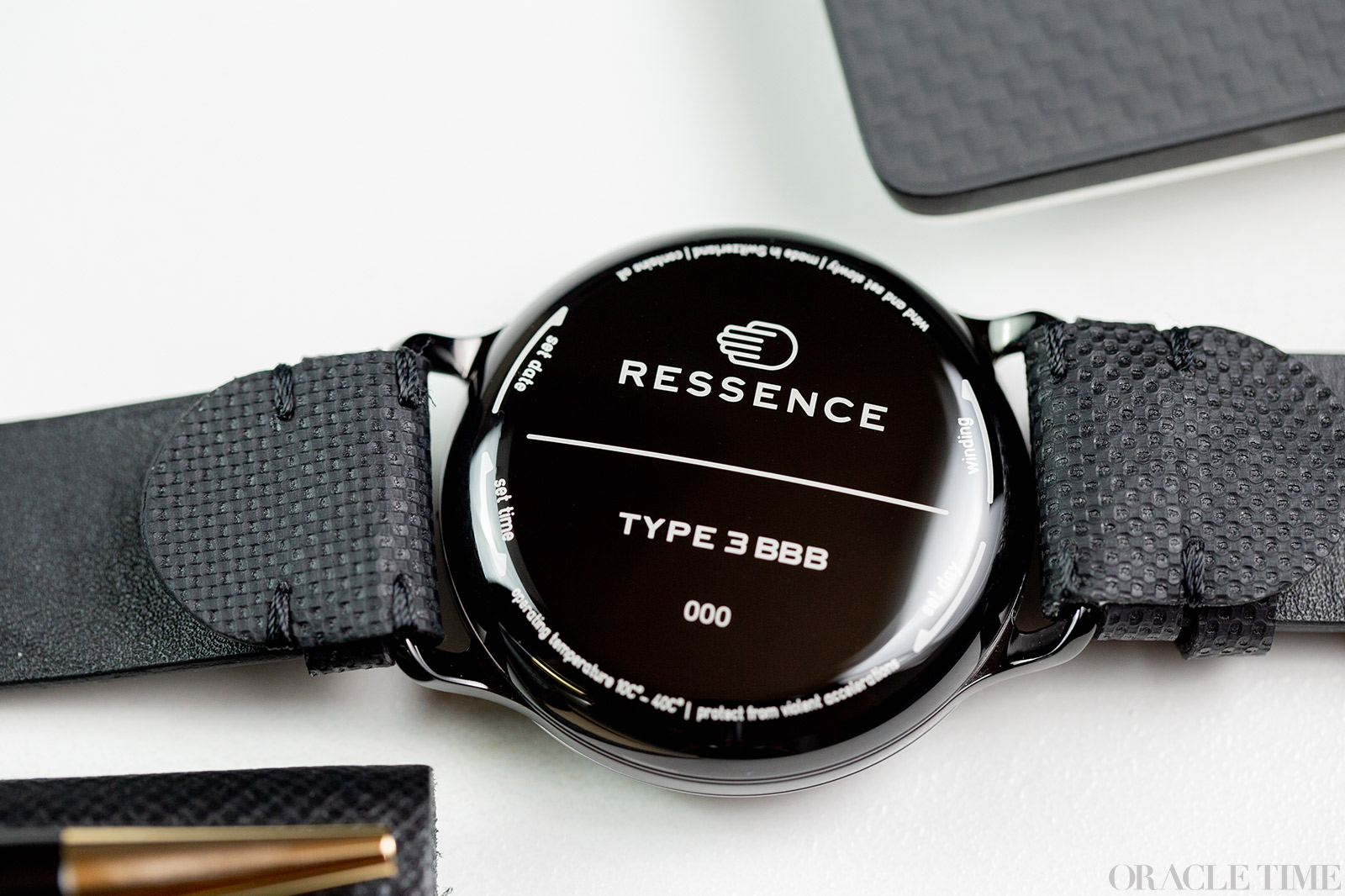 On the wrist it feels really good. The fact that the caseback is smooth sapphire crystal means there isn’t the typical contact between skin and cold metal, a relief on this freezing January morning. Also, its short lugs and lack of a traditional bezel means that it feels a lot smaller than its 44mm diameter would suggest.

Ressence are having their moment in the spotlight right now and you can see why. Their timepieces are practically unique within the market, no one else does what they do – mechanical watches that have such a strong aesthetic that people mistake them for advanced smartwatches. Plus, they have something every collector likes, exclusivity. Priced at CHF 36,500 (approx. £29,224) you’re not likely to see many around.