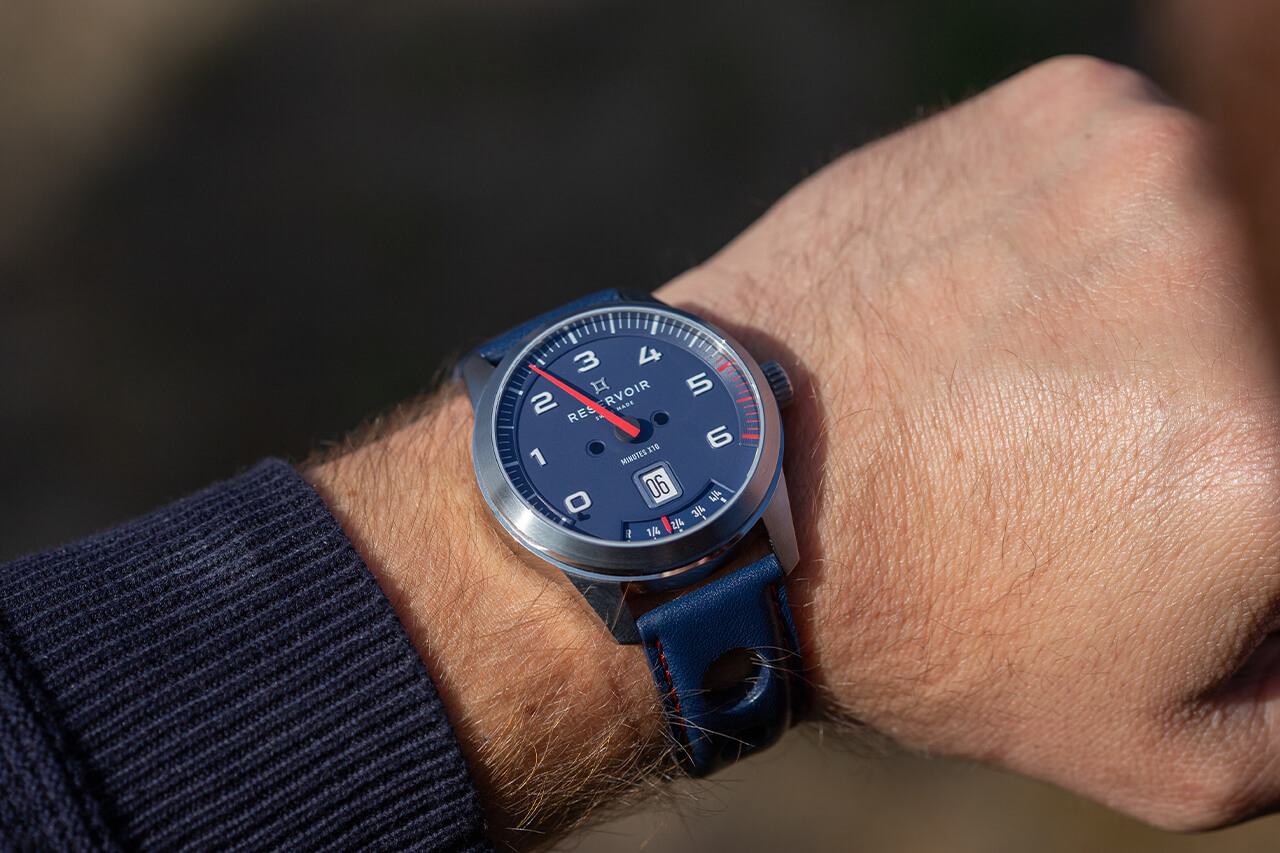 If there’s one watchmaker that can equal Bell & Ross for its instrument inspired designs it’s the retrograde-obsessed Reservoir. Rather than the cockpit of a vintage aircraft though its designers are more inclined towards that of a car. It’s a dashboard that inspired Reservoir’s first timepiece and a dashboard it returns to in this, its latest GT-inspired timepiece.

Rather than the usual speedometer that’s been done to death, the GT Tour instead imitates the beats of a rev counter. The detail really shows a level of commitment to the design, from the obvious red zone at the end of the minute counter, to the signature retrograde minute hand. It even includes subtle ‘minutes x10’ lettering just under the central hand – denoting that you should times each minute numeral by ten, a touch that any car nut could likely appreciate. Sure, it’s a bit more of a novelty than it is useful, but it’s a considered one. 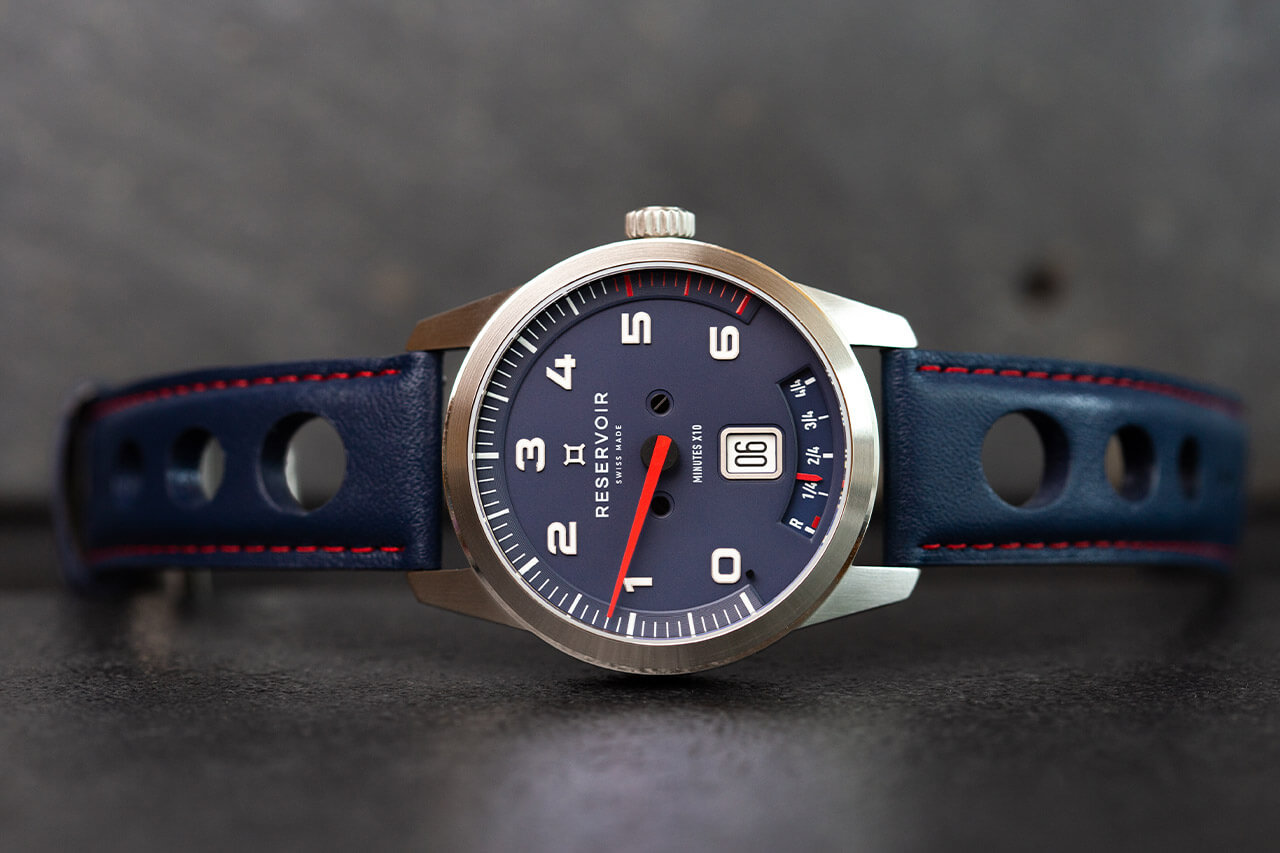 The power reserve at 6 o’clock is just as authentic to a dashboard, fittingly imitating a fuel gauge. There’s not an element on the dial that wouldn’t feel nicely at home in an old GT, except perhaps the blue of this particular edition. That’s not such a bad thing of course; it’s a lovely shade, not too bright and matte to match the overall industrial, machined look of the thing, and one that sparks off nicely with the red highlights. The contrast between dial and numerals is also a little less harsh than the black edition.

At 43mm it’s not a small watch, but the proportions feel right, especially for something obviously designed for larger wrists. I don’t say that because of the stainless-steel case itself necessarily, but because of the perforated racing strap. Even on the smallest setting it was still slipping up and down my arm. I know this isn’t strictly a driving watch, but that’s enough to cause a crash. 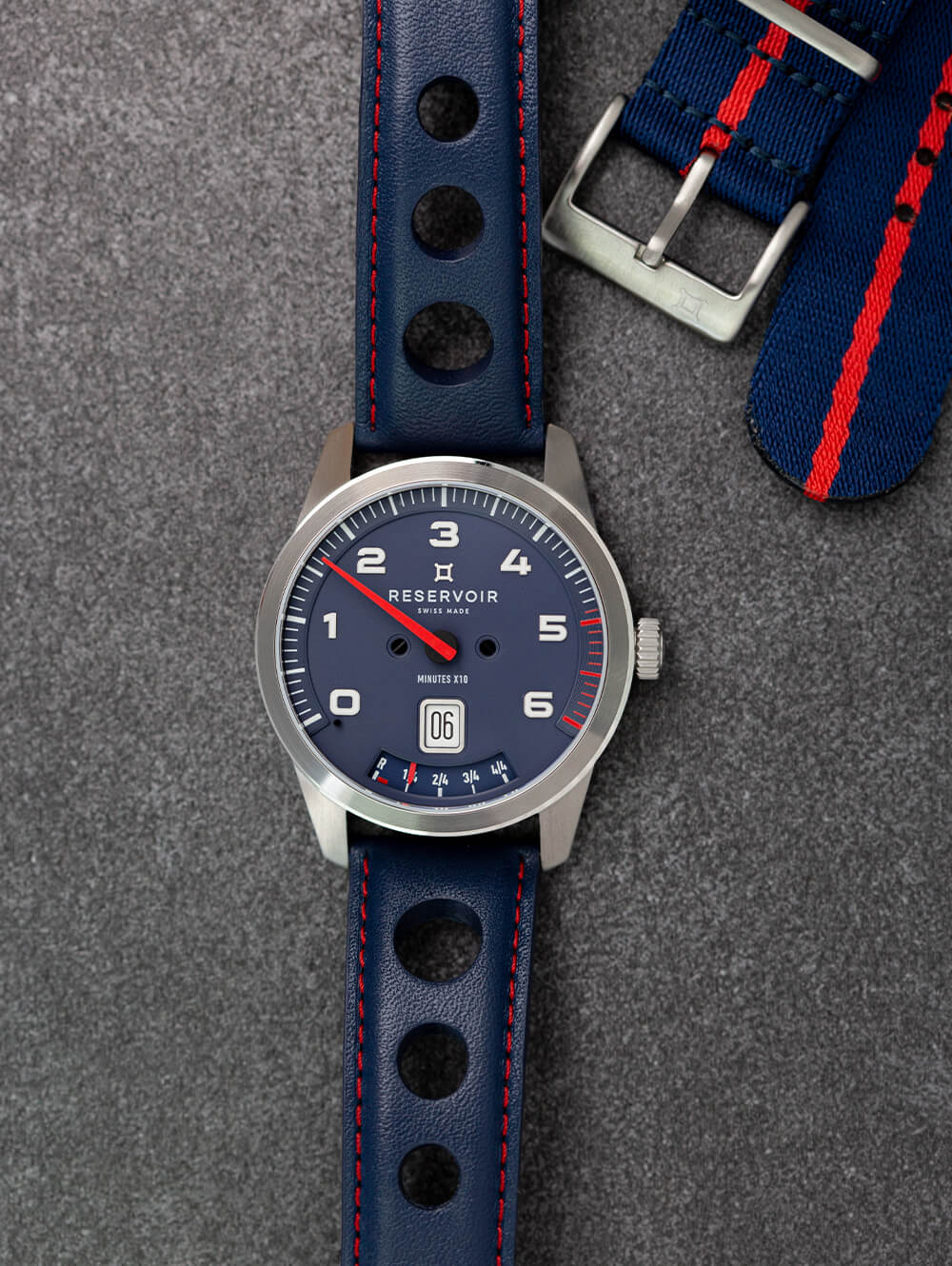 Fortunately, the accompanying NATO was more forgiving. It also looked a bit cooler, with the red-striped blue matching the dial. That might just be because I generally detest perforated straps though, so take that with a pinch of salt. As a side-note because it’s not something I normally harp on about, the packaging for the GT Tour is superb. The glossy wooden back, spare spring bars and overall presentation make for a pretty special unboxing.

Like all Reservoirs, some people have difficulty reading it. I personally never found it hard at all. Like anything with a unique time display (think Urwerk and the like) you just need to get used to it. Once your brain recognises what it thinks should be a date window as the hour, it’s arguably quicker than reading a standard, three-hand watch. 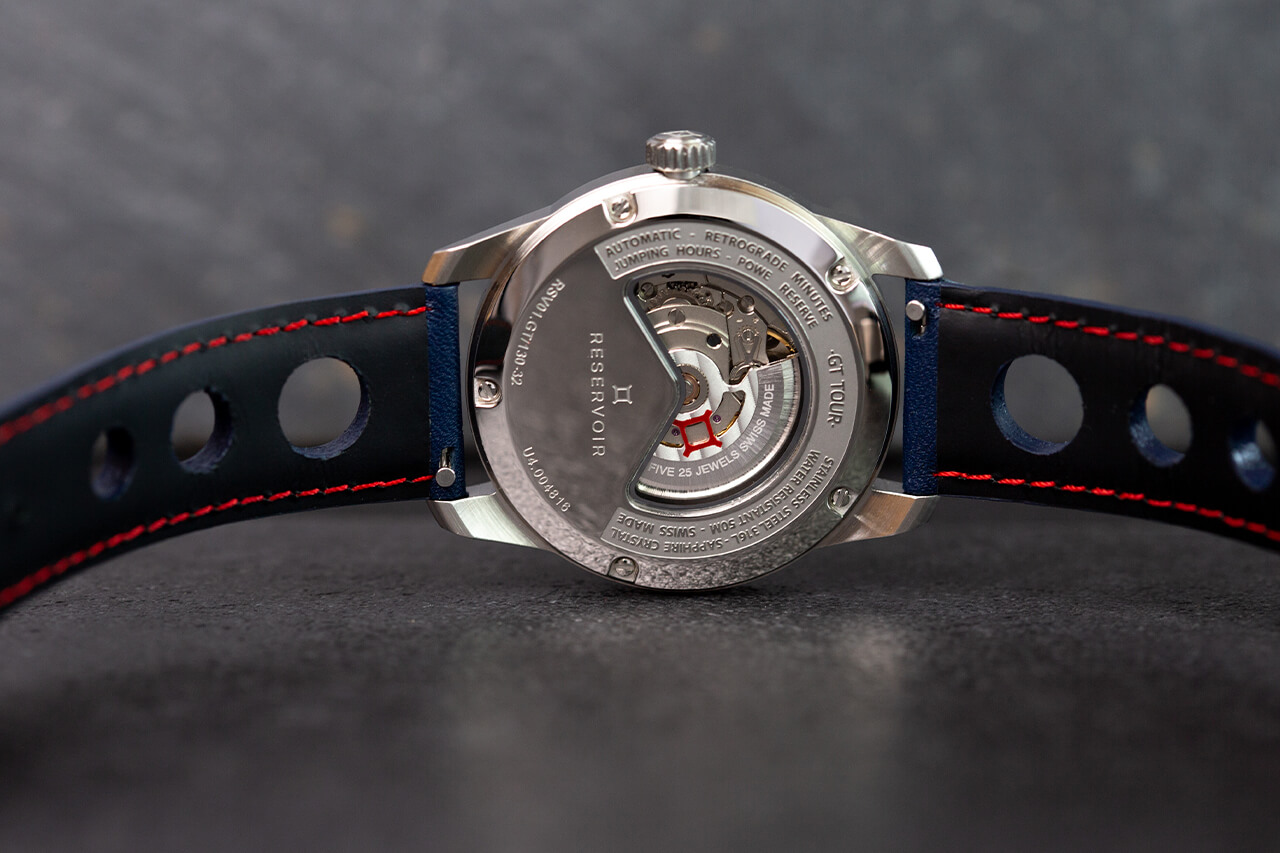 Inside is an ETA 2824-2 movement that’s had Reservoir’s proprietary module bolted onto it. That means reliability, accuracy and a little extra functionality to finish. You can see it for yourself through the (again) dashboard-inspired sapphire crystal.

If there’s one thing Reservoir likes it’s a theme, and they’re better at committing to one than almost any other watchmaker out there. It’s what they did with the superb Hydrosphere and it’s what they’ve done again here. It’s also what will dictate whether you appreciate the GT Tour or not. The only way they could go further is to just drop the pretence and make dashboard clocks for a living.