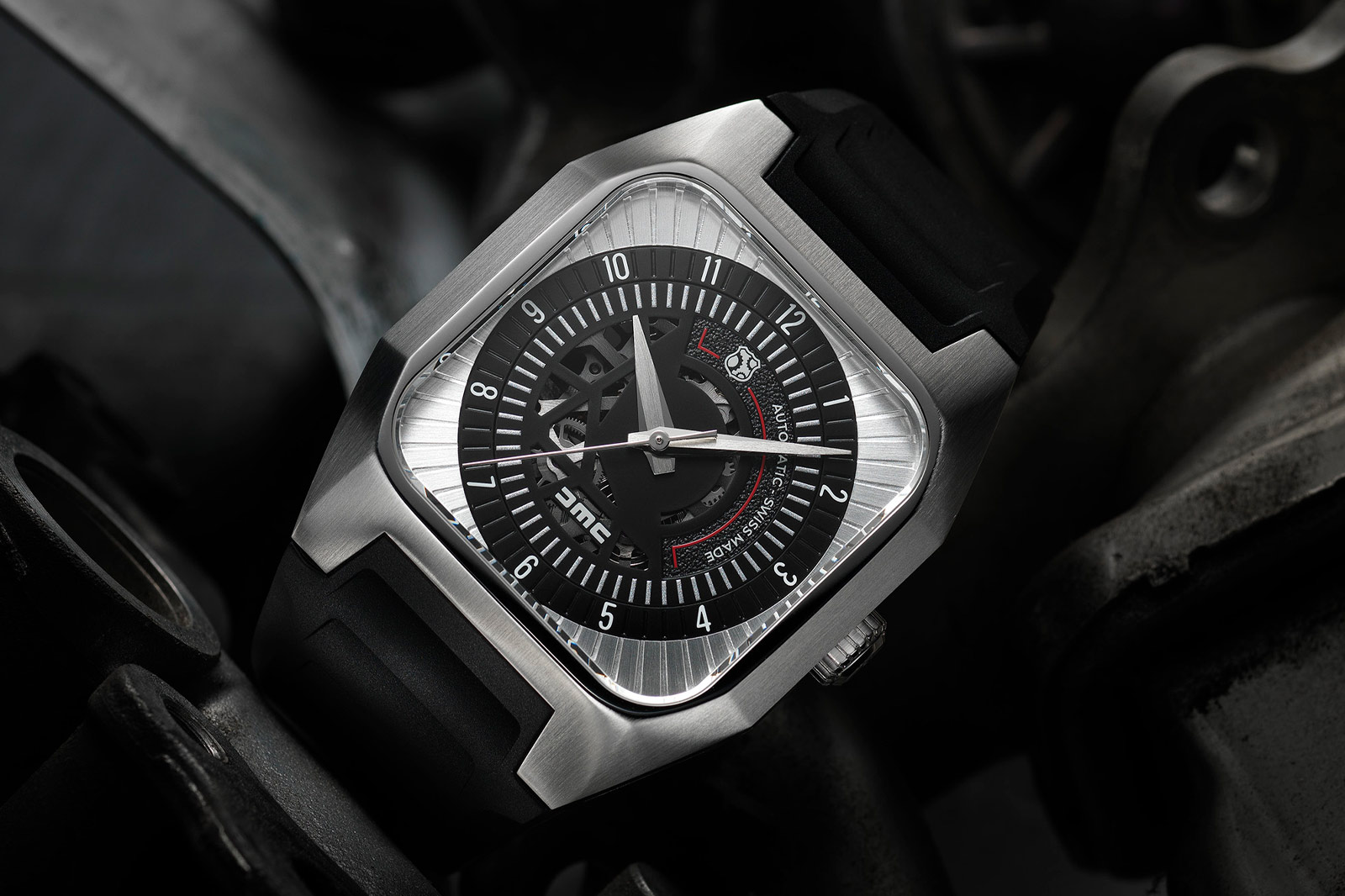 REC has produced some pretty insane watches in their time. The 901 GW is an ode to sporty race cars, built from parts of custom Gunther Werks Porsches, and the TTT Great Escape is a nostalgic look at one of cinema’s greatest motorbikes. Their latest timepiece has more in common with the latter in that it’s an homage to one of the most, if not the most, instantly recognisable cars in movie history. Meet the REC SPX DeLorean.

As a watch journalist I’m immediately torn. Everyone in the Oracle Time office loves Back to the Future (our Editor’s dog is called Marty), so I instantly want to break out the movie-centric quips. However, the SPX DeLorean is actually an impressive piece of watchmaking and I don’t want to diminish that. So, I think I’ll just say: where this watch is going it doesn’t need roads. Right, now we can get to business. 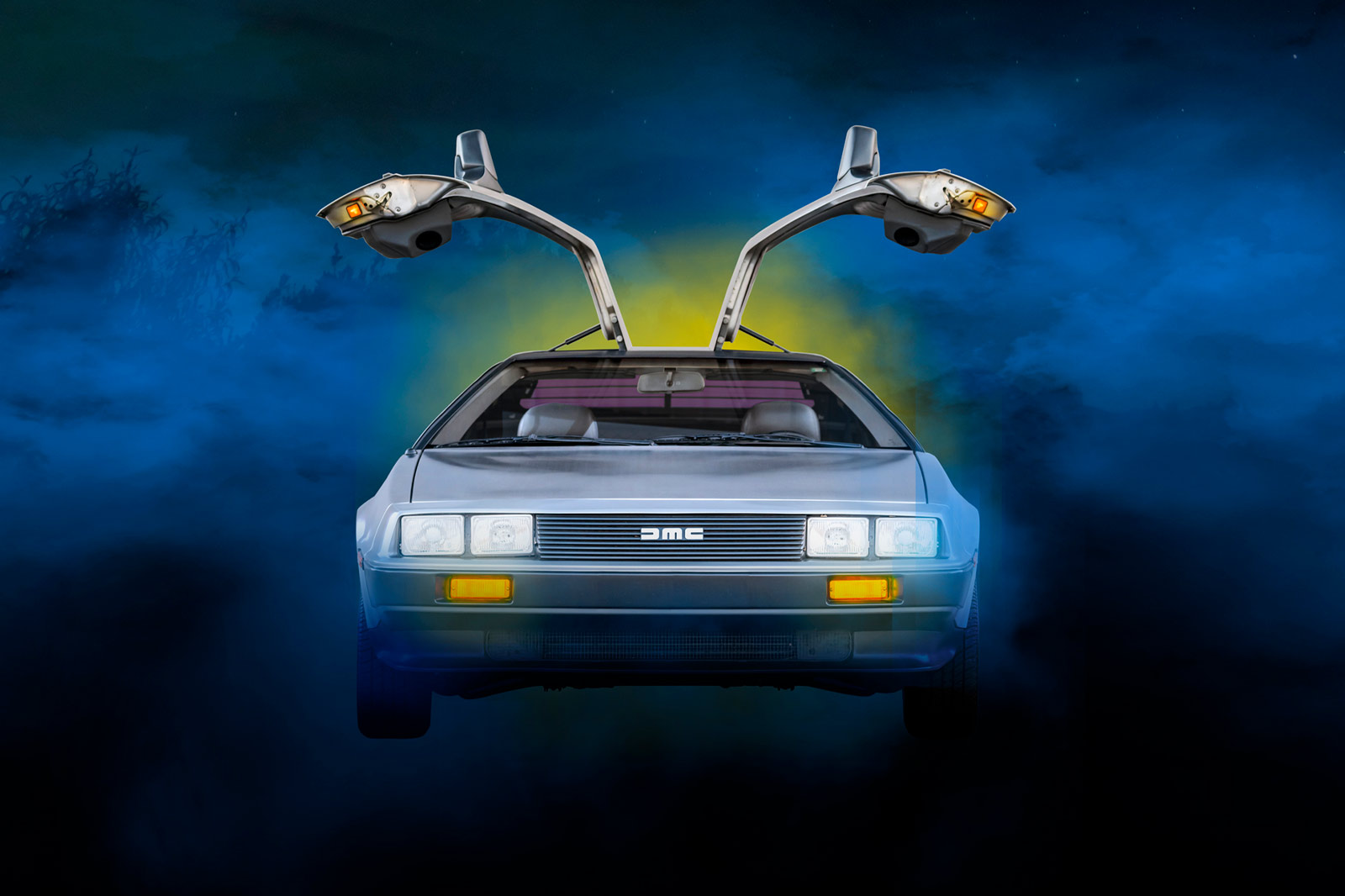 The SPX DeLorean is a 39mm diameter watch with a square case made from stainless steel. The design of the case is what really impresses me through because with its facetted surfaces and long lugs – it’s 47.5mm lug-to-lug – it creates the impression of the bodywork of a DeLorean DMC-12 with its iconic gullwing doors outstretched. REC watches typically have very technical and complex designs, so having a super strong design ethos like this is a great foundation for understanding what the watch is all about.

Plus, there are many more nods to the original DeLorean to be found across the piece. For starters there’s a rubber stripe around the edge of the case that emulates the body mouldings of the car. And then the caseback is an open worked grid in reference to the signature grid layout of the car’s rear lights. Lastly, the rubber strap is indented in the style of the rear sunshade louver. The overall result is a cohesive homage to the design of a legendary vehicle and a really strong, retro-themed watch. 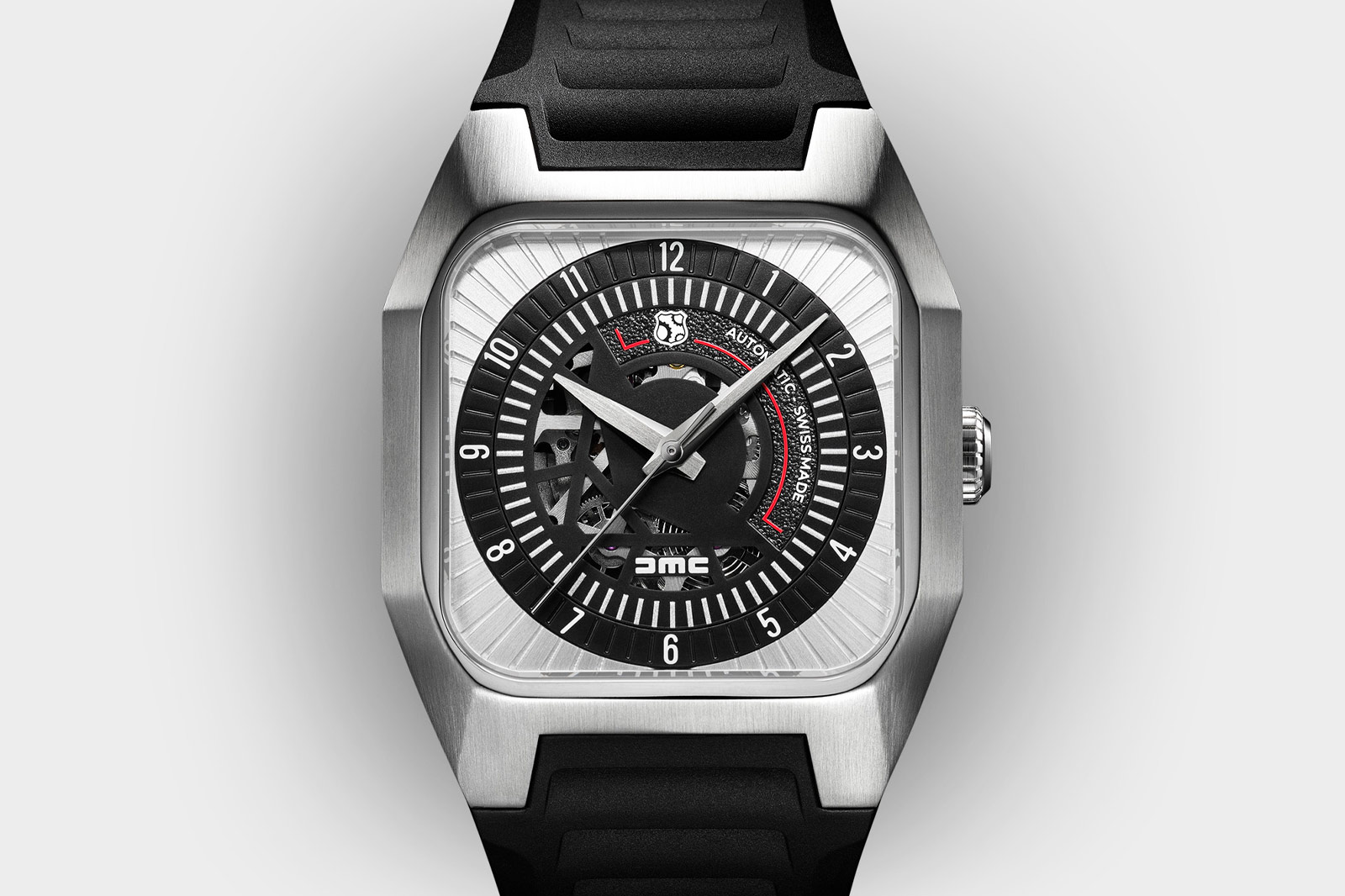 As for the dial, it’s thankfully more pared-back than other REC watches. It’s is also what elevates this watch to be something pretty special because the main dial plate around the edges, the portion engraved with lines that serve as the minute scale, is made from material taken from an actual DeLorean DMC-12. Specifically, it’s taken from the brand’s founder, John Z. DeLorean’s personal company car. 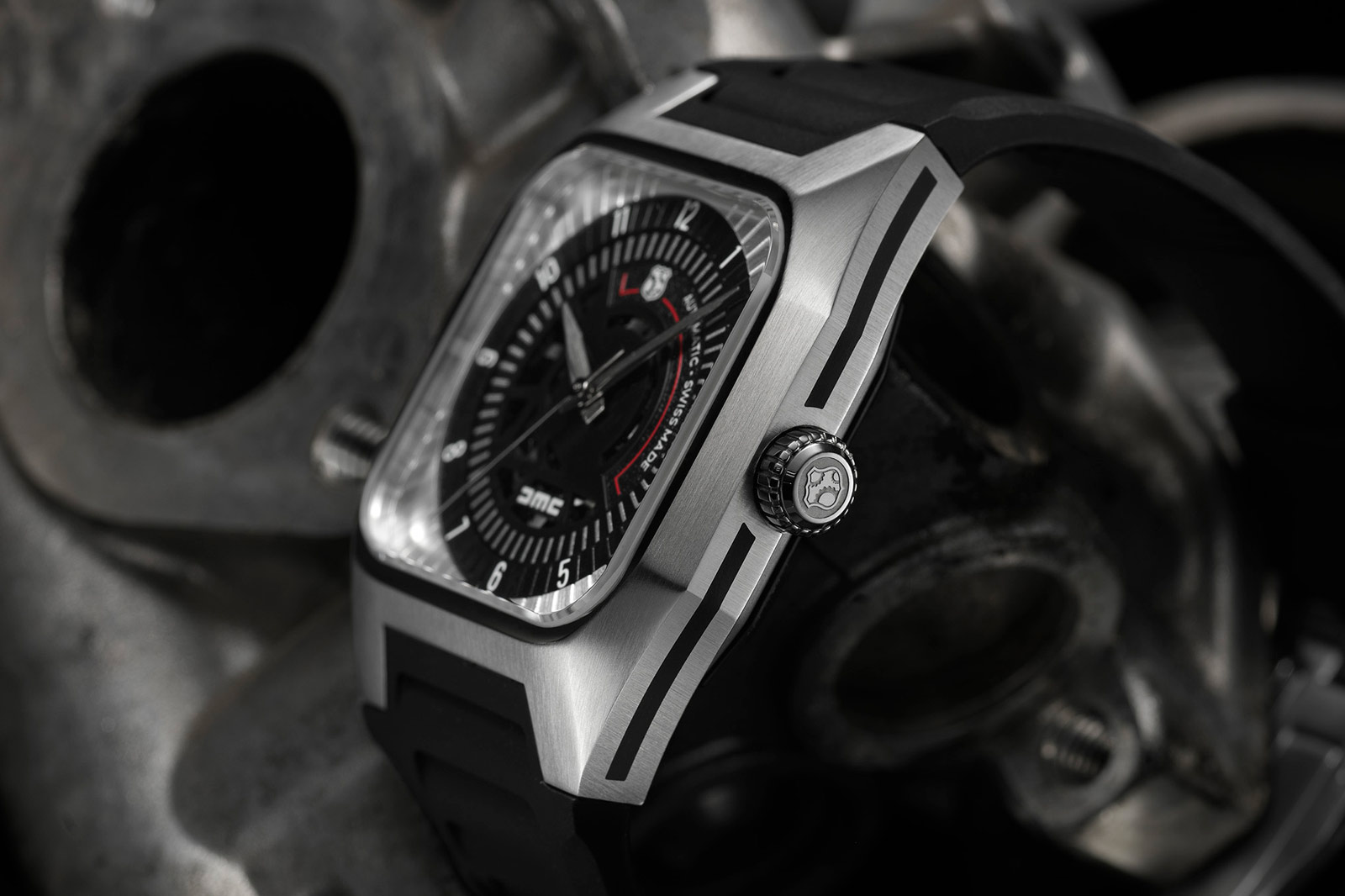 John Z. DeLorean was by all accounts quite an eccentric, which is what resulted in the DMC-12’s innovative design but short-lived production. I won’t get into all the details, but it’s a tale of politics and narcotics that Netflix would salivate over. It also led to the company going bust, following which the DMC name was taken up by an auto servicing facility dedicated to preserving the iconic car. They have been doing so for 40 years, meaning there’s no better place to source the material used in this watch. 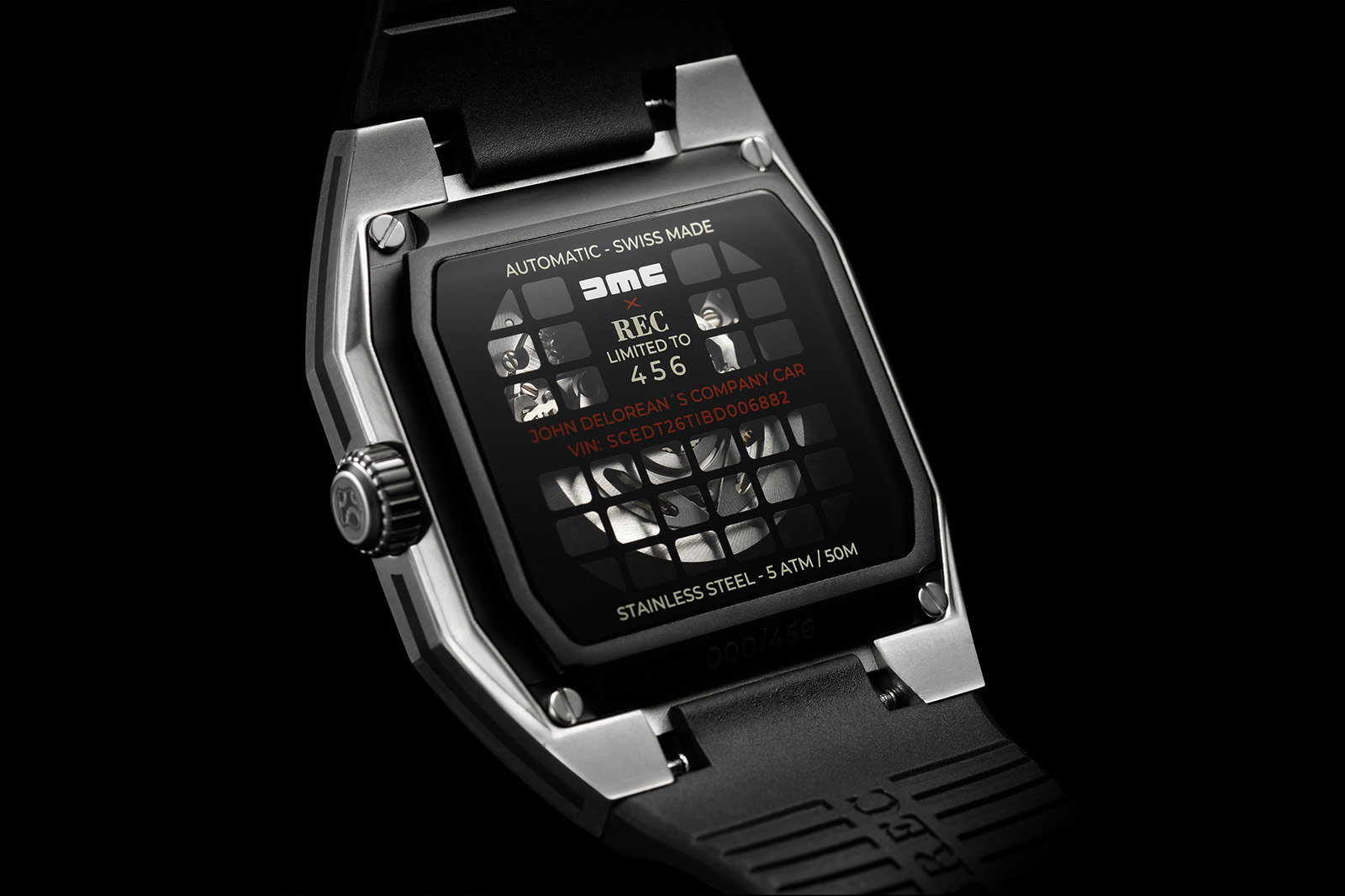 All that’s really left to mention is the movement housed inside, which is visible through the grid exhibition caseback and a small window in the centre of the dial. It’s the Sellita SW200-1 S c, an automatic movement with a 41-hour power reserve. Not exactly Flux Capacitor levels of engineering but a solid movement nonetheless. 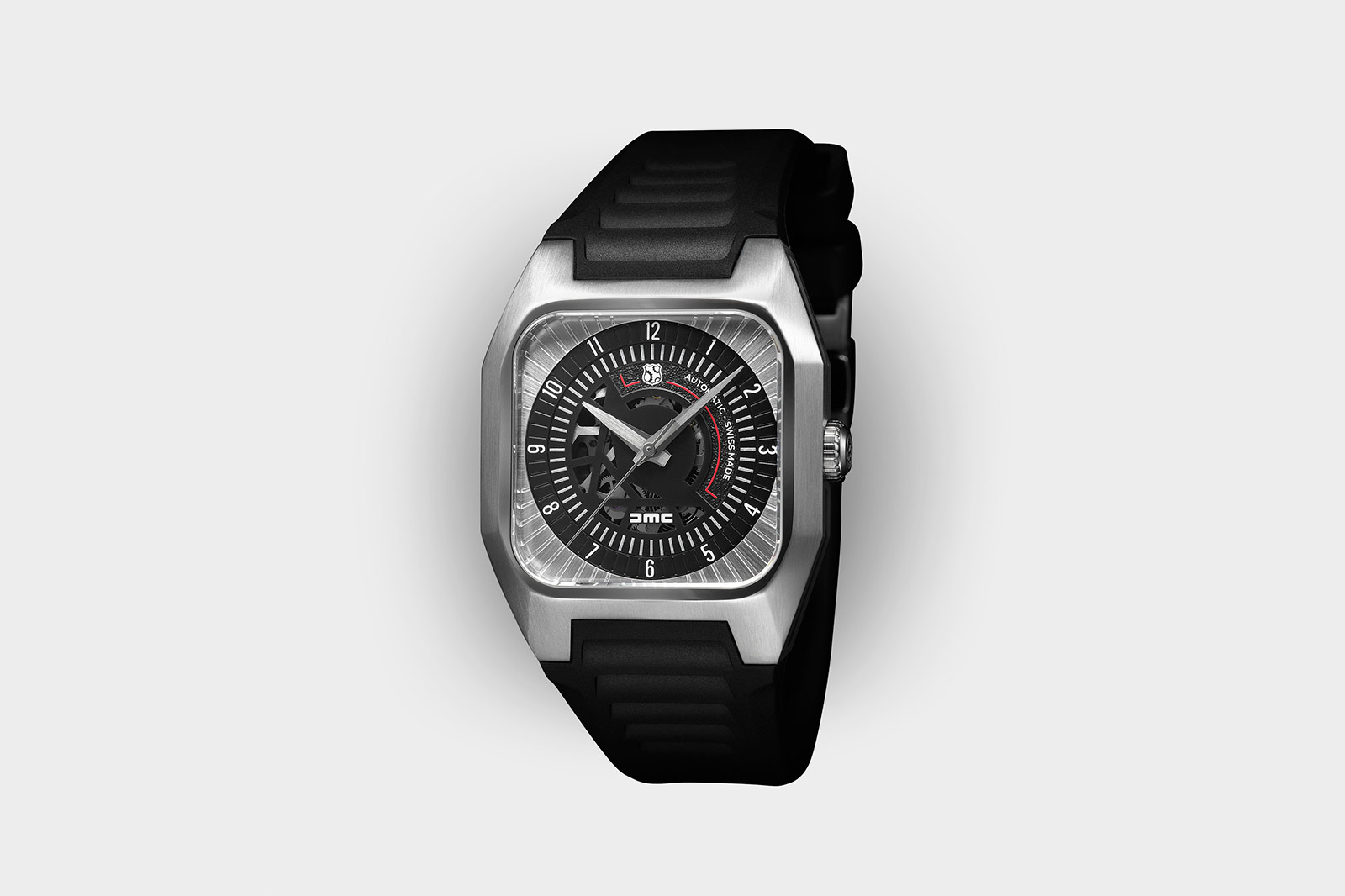 The REC SPX DeLorean is limited to 456 pieces with pre-orders opening on December 1. It’s priced at £1,750 but if you sign up to REC’s newsletter regarding the launch you’ll receive a 15% discount promo code, making the price £1,485. At a price like that you don’t even need to go back in time with an old sports almanac.