Ah Cuba, land of revolution, socialism and the occasional missile crisis. Don’t worry though, we’re not about to mention the political past of one of the most turbulent countries in a part of the world that really puts that statement into perspective. We’re here to look at what really makes Cuba great – Rum and Cigars. 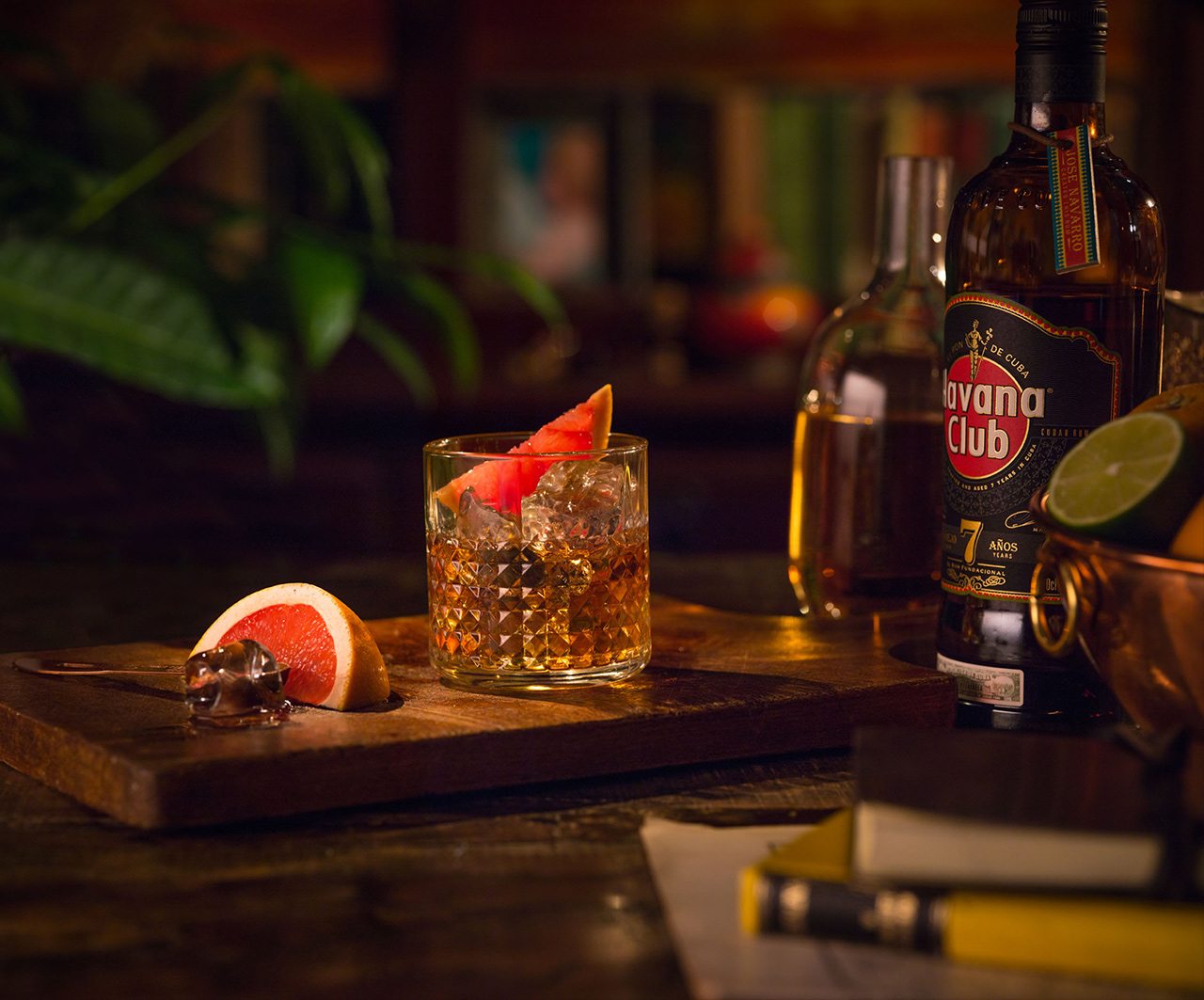 Havana is a hub, a site of pilgrimage for both – and the occasional alcoholic novelist of course – and excels in either direction. If you’re into your rum you’ll likely have a fair few bottles of Havana Club already on the shelf while Cuban cigars are simply unparalleled. What happens then when you put them together?

In light of Havana Club’s collaboration with Cohiba to create the ultimate cigar / rum pairing, we’ve decided to look at the distillery’s wider triumvirate of prestige expressions. So, next time you sample what are unequivocally among the finest rums in the world you can complete the pure Cuban experience. 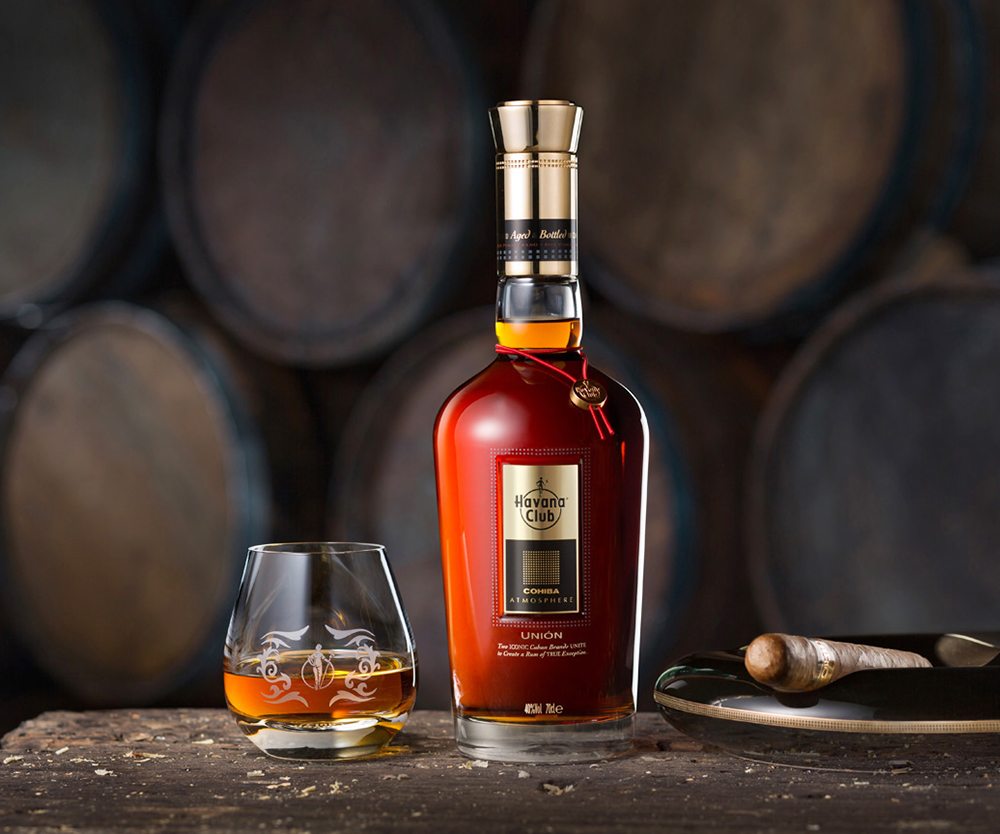 We may as well begin with the experience that incited this article. Pairings have been attempted since time immemorial to greater or lesser success. Havana Club however didn’t just match a pre-existing rum with Cohiba’s signature cigar, they created an entirely new one.

We all know how a pairing should work. The drink should complement the flavours of the food or in this case cigar. There shouldn’t be any overpowering but they should be obviously different from one another in the vein of Yin and Yang.

This is the first time I’ve personally ever had a pairing quite so perfect.

The Siglo VI is on the more robust end of the cigar spectrum, an intense and spicy smoke. You can’t rush it or, to be honest, smoke it around anyone averse to tobacco. Union on the other hand is sweet and just as intense but at the opposite end of the spectrum.

The first sip of Union wasn’t for me; after a mouthful of Cohiba however the entire experience changed. They played off each other’s strengths and filled in their weaknesses. It’s not that you shouldn’t drink Union with anything else, more… why would you? The Bolívar Coronas Gigantes might not be the obvious cigar to pair with a rum – or spirit in general to be honest. It’s normally best with something cold and refreshing but that’s where this particular rum comes in.

The latest edition of Havana Club’s ongoing Tributo series makes full use of the distilleries stores of aguardiente, the raw spirit that becomes rum. Think of it as the eaux-de-vie that goes into cognac. It’s rough and raw but also has plenty of sugar cane flavour in there, making is oddly refreshing for something so strong.

Tributo has taken some of Havana Club’s best aged rums and before bottling blended in some of their aged aguardientes, creating a tribute to the most important ingredient in their rum.

It pairs flawlessly with the strong, smooth Bolívar with the signature chocolate and woods of the cigar enhancing the more organic hints of sugar cane in the rum. While it’s certainly not the same level of pairing as Union, the two are more than good enough together to while away a hot summer’s afternoon. 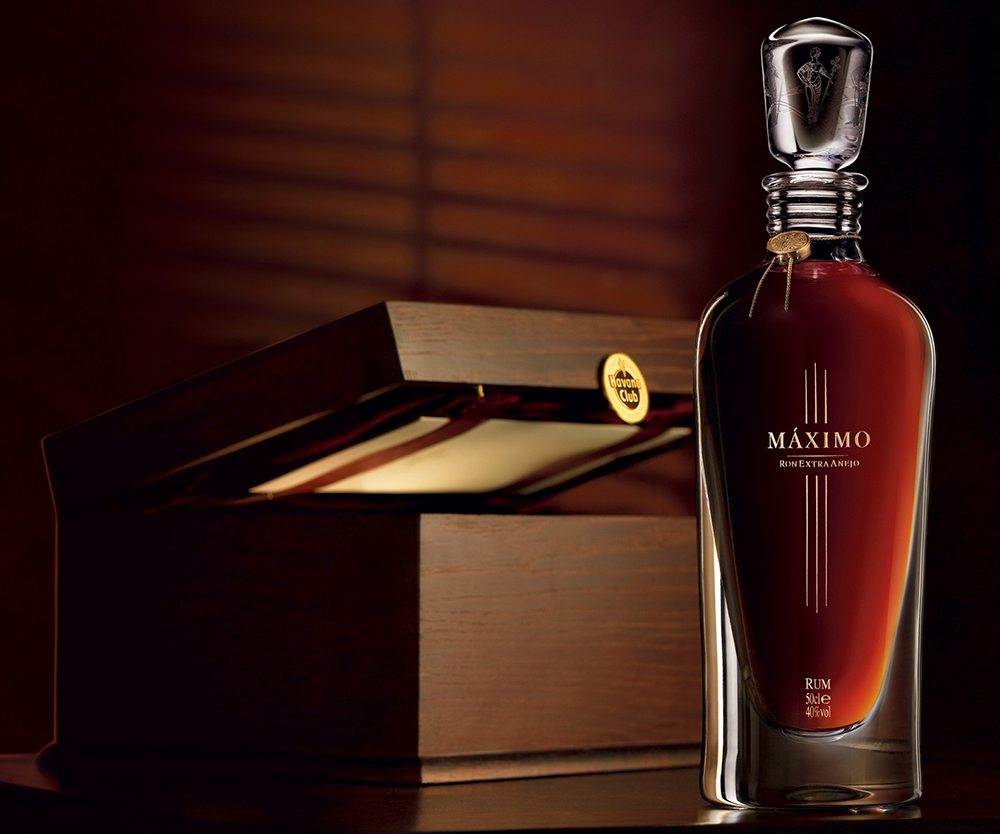 Maximo is a mystery. It seems to defy what a rum should be. It’s the result of blend after aged blend of Havana Club’s finest reserves being blended once again into a single bottle, the result of which is something that has all the hallmarks of a fine rum… along with everything else.

At the same time it’s spicy and sweet, robust and smooth and far earthier than any sugar cane spirit has any right to be. It might be everything that you want from a spirit but that doesn’t make it easy for me to describe… it needs to be tasted. As Havana Club Master Blender Asbel Morales puts it: “if you say it, you can find it in there.” Its impressive price tag is well and truly justified.

The question then is what do you pair with something so exceptional? It needs to be a legendary cigar, one that straddles just as many fields of flavour as Maximo. This is less a complimentary pairing in the vein of Union but simply the search for something that can equal the rum. There are a few out there that would do but for our money it has to be the Montecristo No. 2.

Balance it the keyword of Montecristo’s most famous torpedo. Spicy and creamy and with a medium to full body, it serves to perfectly underpin the myriad flavours in Maximo without dominating as cigars are wont to do.

From labels to corks there’s lots that contribute to wine provenance, here’s what you should be...

Jan Schuermann shares his thoughts on the history of France’s oldest spirit and how Gensac are...