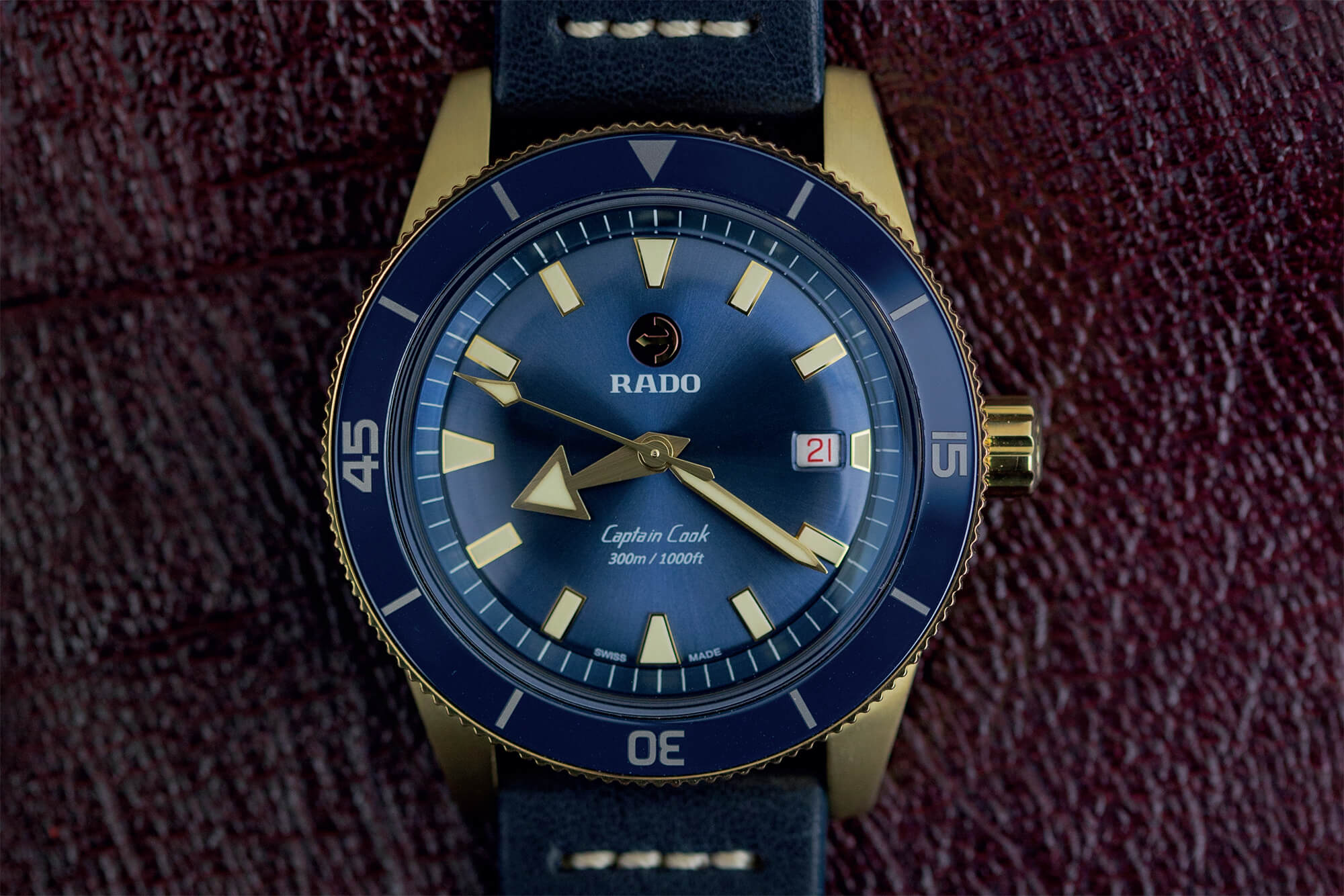 When Rado re-launched the Captain Cook back in 2017, it was a masterstroke. It popped out just at the beginning of the now-inundated craze for retro designs and from a brand that nobody would have expected. At the time ceramic futurism was more Rado’s deal, not vintage, yet it worked well enough that we all went a little crazy for it.

Flash forwards to late last year and we have this, the more modern update of the watch, the Captain Cook Automatic. Rather than the authentic recreation of the Hyperchrome version, which was almost inch-pefect, the Captain Cook of now lets contemporary watch design get a foot in the door.

First off that means a larger case. After all, even I think 37mm is a little diminutive for a diving watch, no matter how retro the inspirations. It’s also a bit smaller than the huge 45mm version that was brought out as a counterpoint to that first, tiny timepiece. At 42mm it’s nicely in-between. 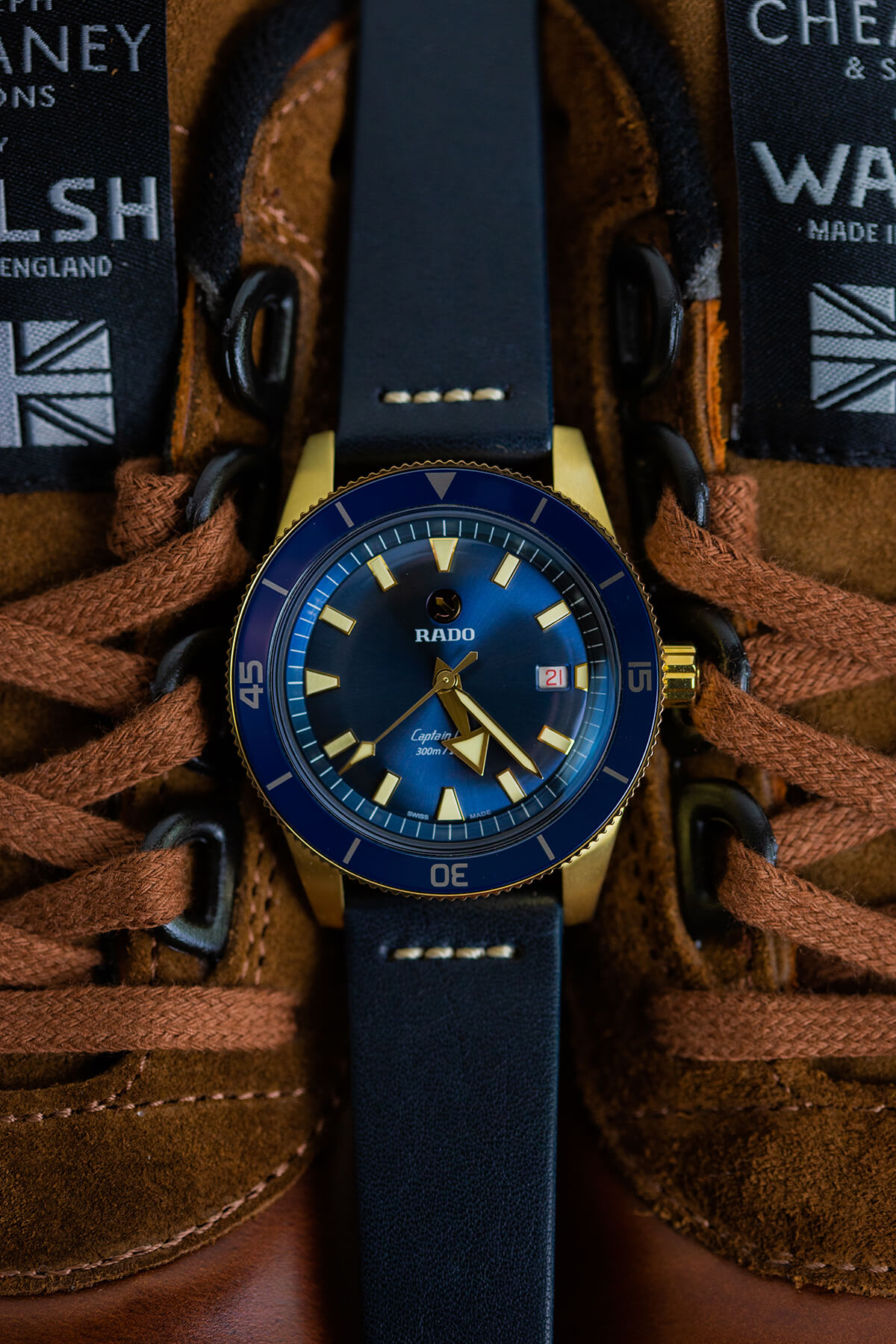 Second is the material. Rado may have been an early raider of its own archives, but it’s not been particularly quick to embrace the material that all but goes hand in hand, bronze. Want to add a dash of steampunk charm? Go bronze, and the Captain Cook is an ideal candidate. Paired with a blue sunray dial and ceramic bezel, the bronze colouring peeks out in the lugs. The proportions just… work.

The leather strap is pretty plain which on some watches would feel a bit devoid of character. Here it just adds to the nautical charm of the watch. Granted I’d have liked something a little more interesting – or at least diving-oriented – but it certainly looks the part, and keeps it a little lighter than a bracelet would. 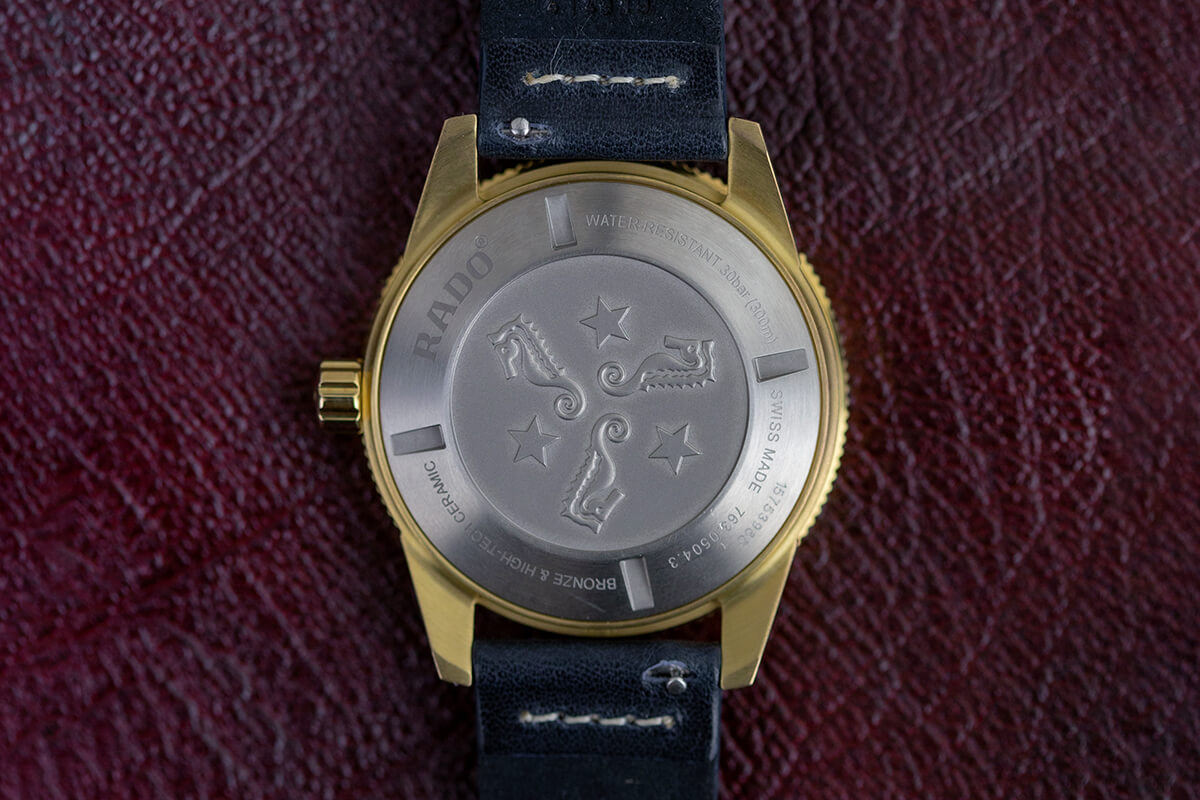 Otherwise, the Captain Cook has everything a diving watch requires. I didn’t exactly get to test it in the depths, but it’s apparently water resistant to 300mm which with a screwdown crown and solid caseback (complete with the signature triple seahorse engraving) I don’t doubt it. I can say for sure that the dial is eminently readable in low light – it’s hard to miss in fact – and the bezel is pleasingly solid.

The C07.611 calibre automatic movement inside has an impressive 80-hour power reserve, more than enough for diving purposes and plenty for everyday wear. It’s the same movement as has been in the Captain Cook from the start and isn’t one to be underestimated.

In short, while this new Captain Cook Automatic isn’t cutting edge or revolutionary. It does however bring together all the elements that have made the Rado’s retro flagship such a darling among collectors, the quintessential modern iteration of the now-legendary 1960s original.