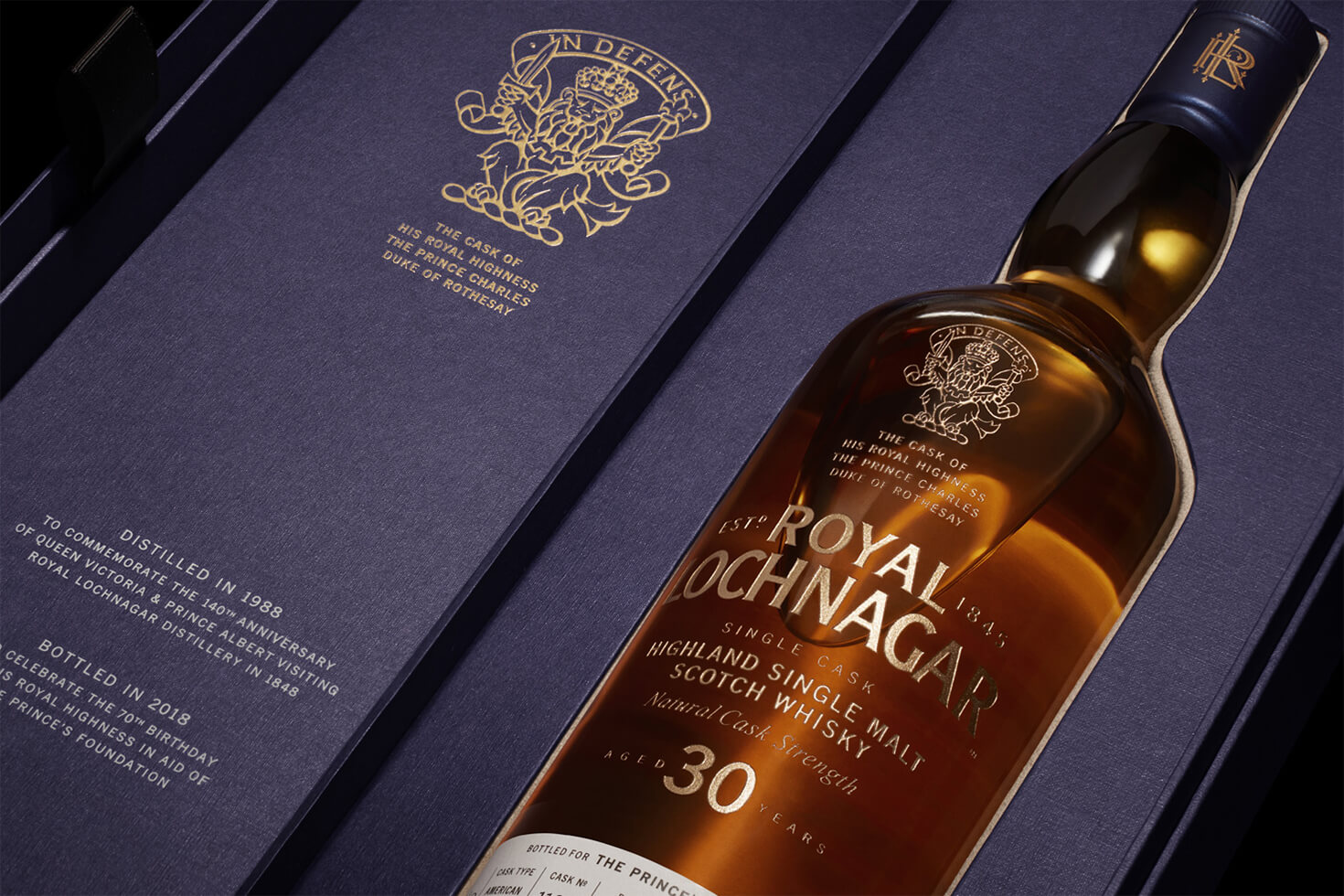 Prince Charles evidently has good taste. Not only is he a sharp dresser – he all but defines the traditional British gent in that regard – but he’s a serious epicurean. In nothing is that better showcased than in his choice of whisky. Whereas dear old mum might prefer a gin, HRH The Prince Charles loves nothing more than a dram.

Back in 1988, that took the form of a full cask of Royal Lochnagar, a whisky that most collectors will fawn over given the chance. Water in this instance may just be considered high treason. It was bottled 30 years later on the Prince’s birthday and instantly became a collector’s item.

To illustrate just how in-demand this particular bottle is, earlier this year in January, the first bottle from the cask was sold at auction for £9,100. Sure, that’s not quite up there with whiskies in the tens or hundreds of thousands, but it’s still a serious amount.

Of the original 206, 184 were sold via ballot and one remains in the Royal Lochnagar archive. Now, 20 more of these bottles of 30-year-old exquisiteness – that’s the last of the original cask – are going to be up for sale this month via the Whisky Auction. 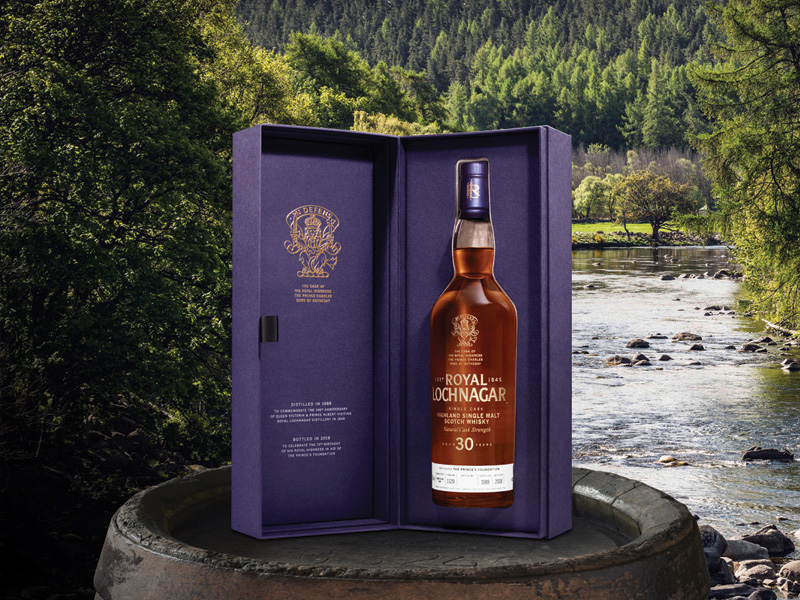 If you’re worried about the price these whiskies will set you back, let us put your mind at ease a little bit: both the lot price and the commission will go directly to The Prince’s Foundation. It’s a very good dram for a very good deed – and damn is it a very good dram.

If you don’t manage to snag one of the 20 beautifully-presented bottles, the last of which goes under the hammer soon, never fear. There’s plenty more to bid on, and too much to begin listing. Who knows where it would end? Just do yourself a favour and look over some of the lots available.