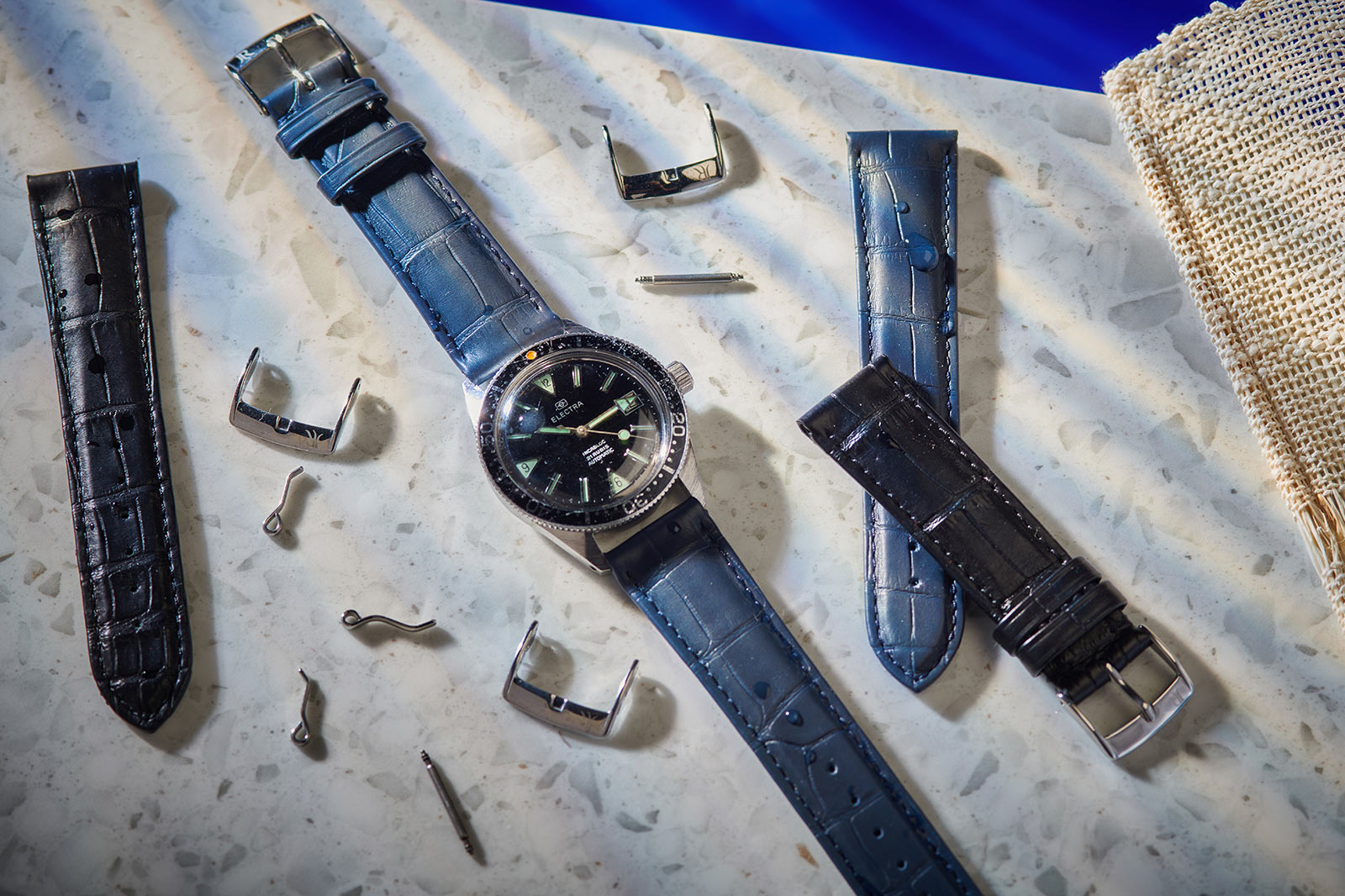 When you think about the summer, what comes to mind? It’s probably beer, barbeques and the idea that you might finally get to show off the prowess of 300M Professional in an aquatic environ. Too often however, it’s easy to overlook the fact that the strap on said watch might be less aquatically able than you first thought. Fear not, whether you’re looking for something to keep sweat at bay, something versatile for the beach or just need a splash of colour to match the occasion, Jean Rousseau handmake some of the best waterproof straps on the market. 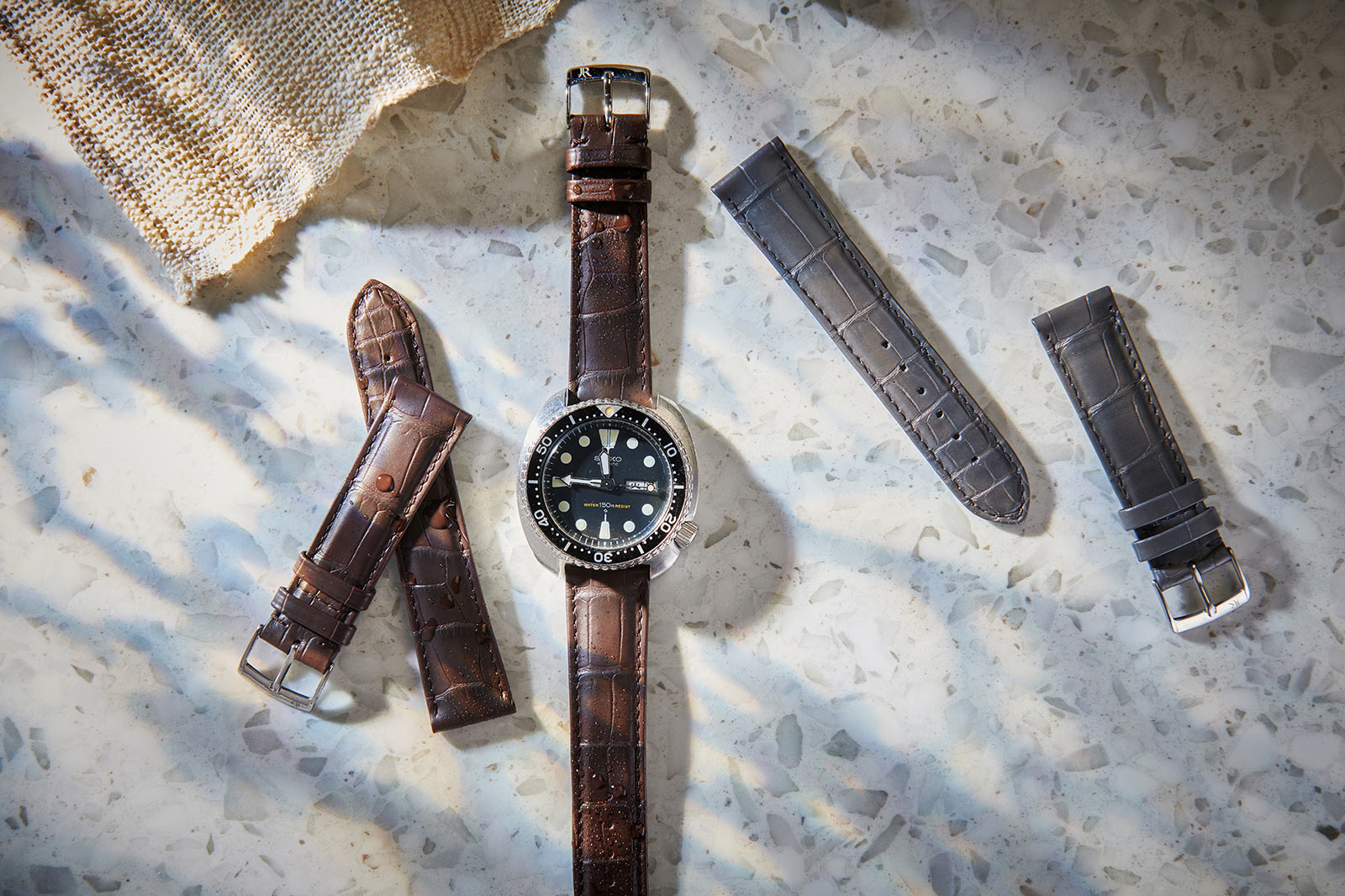 Lots of watches claim to be suitable “from the boardroom to the beach”, but that doesn’t mean their straps can keep up. A leather number that looks great in a meeting is poorly suited to the water because it’s naturally absorbent and easily discoloured. And likewise, the waterproof alternatives are often ill-suited to circumstances that call for a classier style. However, Jean Rousseau have developed a leather strap that genuinely works in both situations. 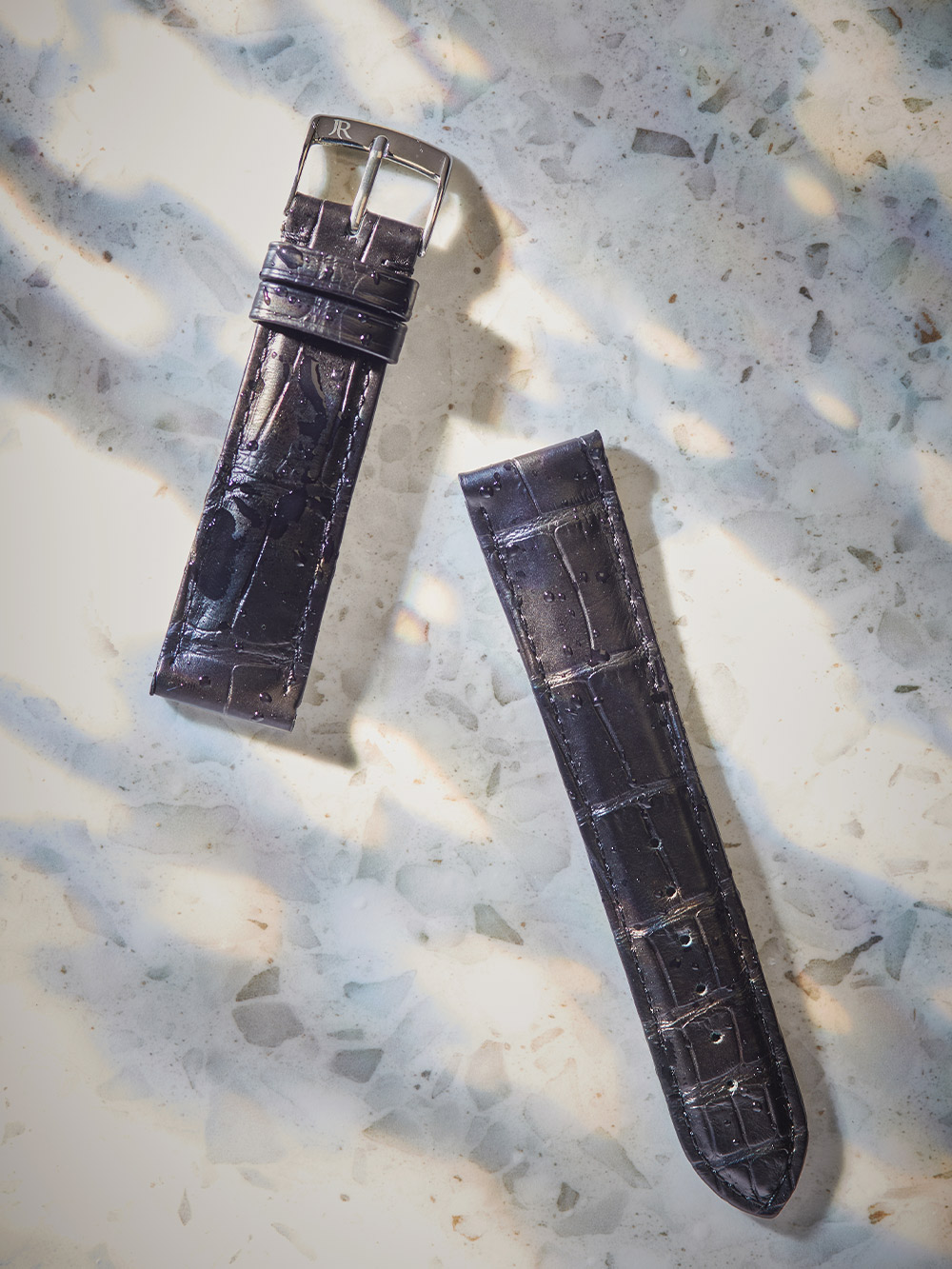 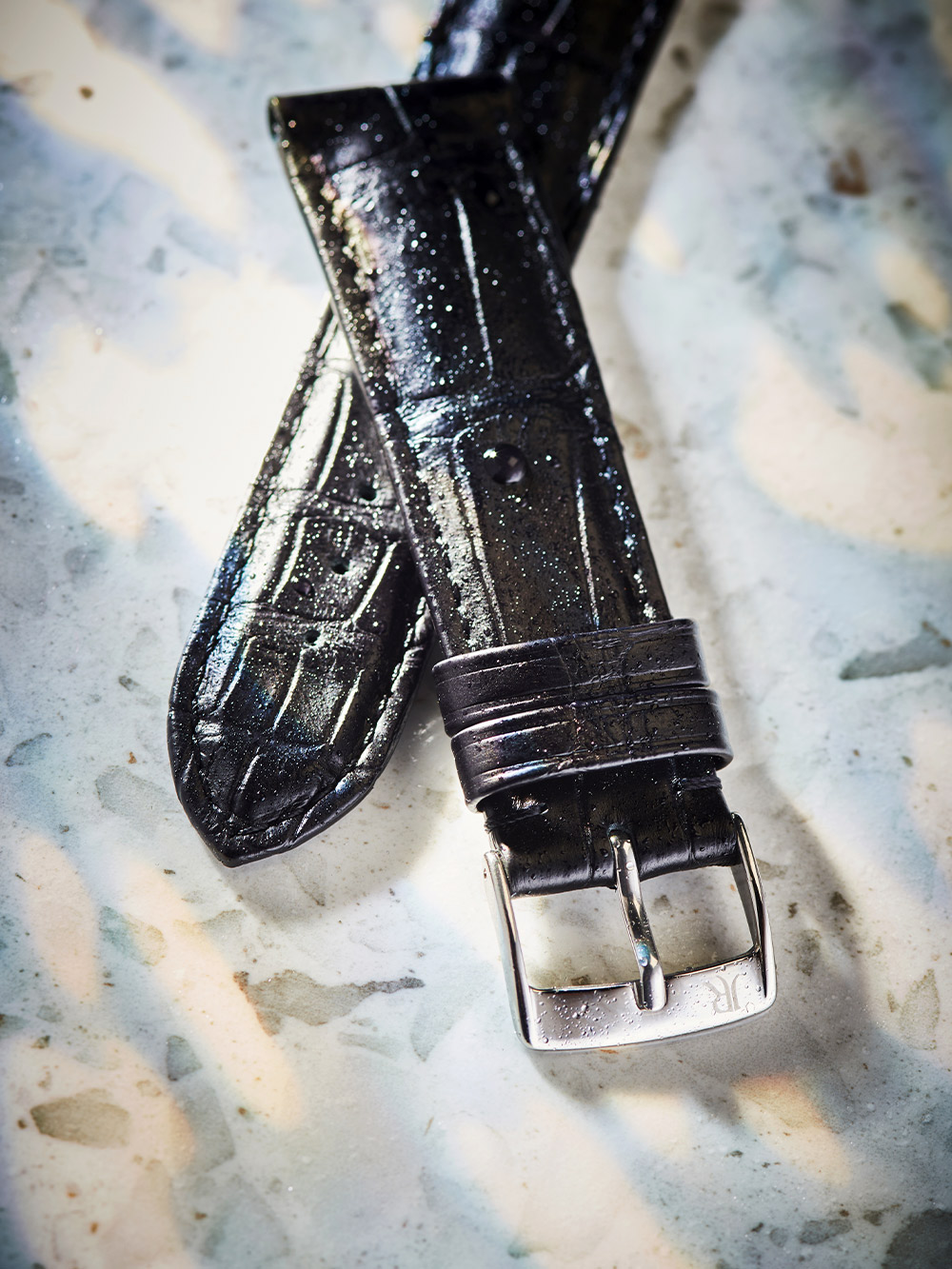 The Atlantis Alligator is resistant to colour alteration, avoids all shrinkage and physical distortion and is made from sustainably sourced alligator leather. The special production processes that the French maison have utilised in its creation mean it can withstand total immersion in water for up to 60 minutes without damage. That’s more than enough for any splash about.

In terms of style, it’s both classical and robust. Alligator leather is predominantly reserved for dress watches but using it on dive watches elevates them into similar levels of class. Even accessible tool watches such as the Seiko Turtle it’s pictured with begin to look like they wouldn’t be out of place with a suit. Where it really comes into its own are models like the Omega Aqua Terra, Rolex Submariner or Tudor Black Bay. 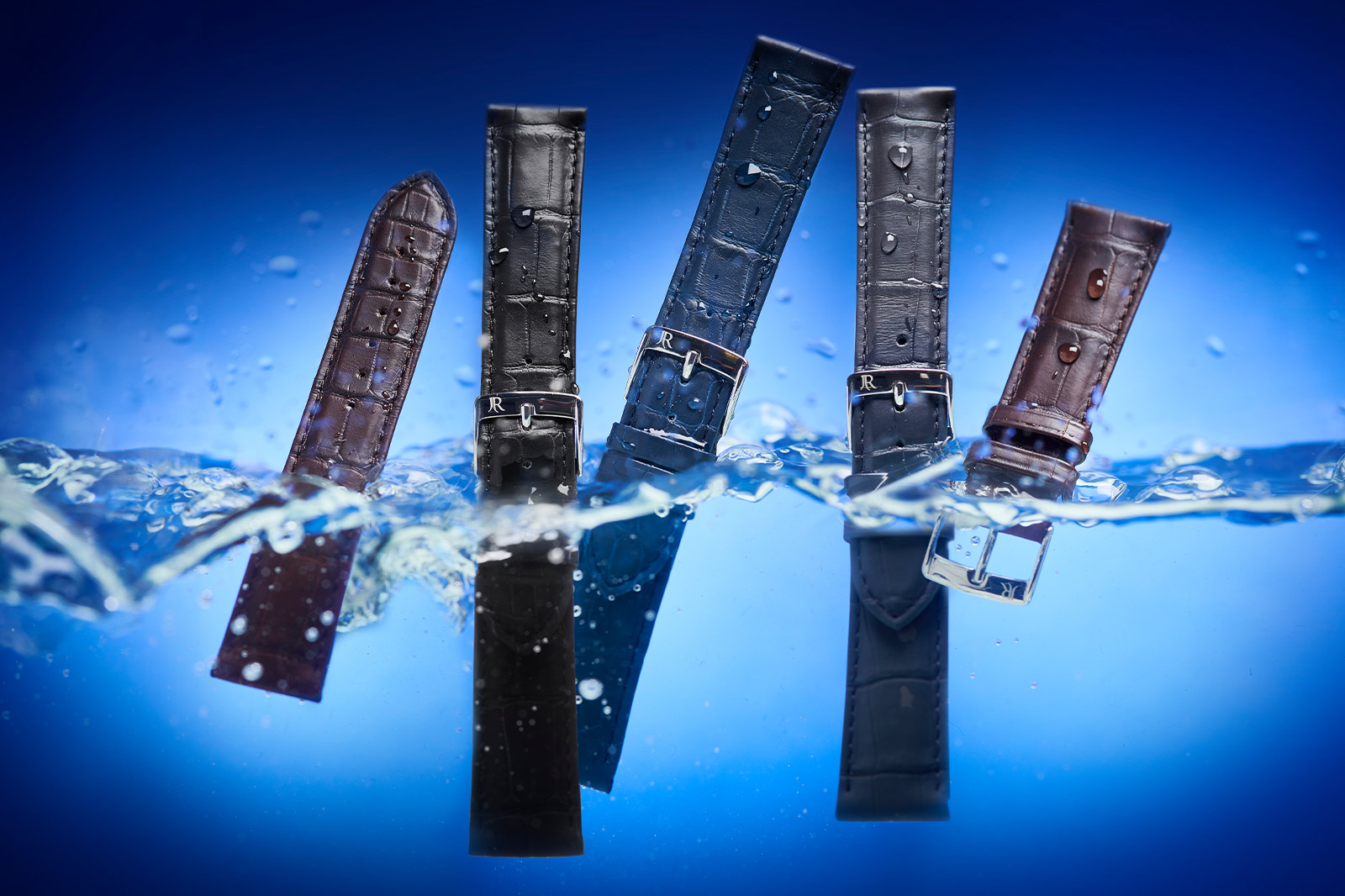 There are four colours available: blue, brown, grey and black. Conventionally the black and brown are the best suited for a fancy soirée, but you can rest assured that they won’t be damaged should you accidentally drop the watch in the rooftop pool around which the cocktail party is happening. Alternatively, if you know you’re going to be lounging in the vicinity of some water, the blue is more thematically appropriate.

You can also request Atlantis Alligator as a material as part of Jean Rousseau’s bespoke service, meaning any pattern or design you can think of is in the realms of possibility. The basic strap is priced at £270. 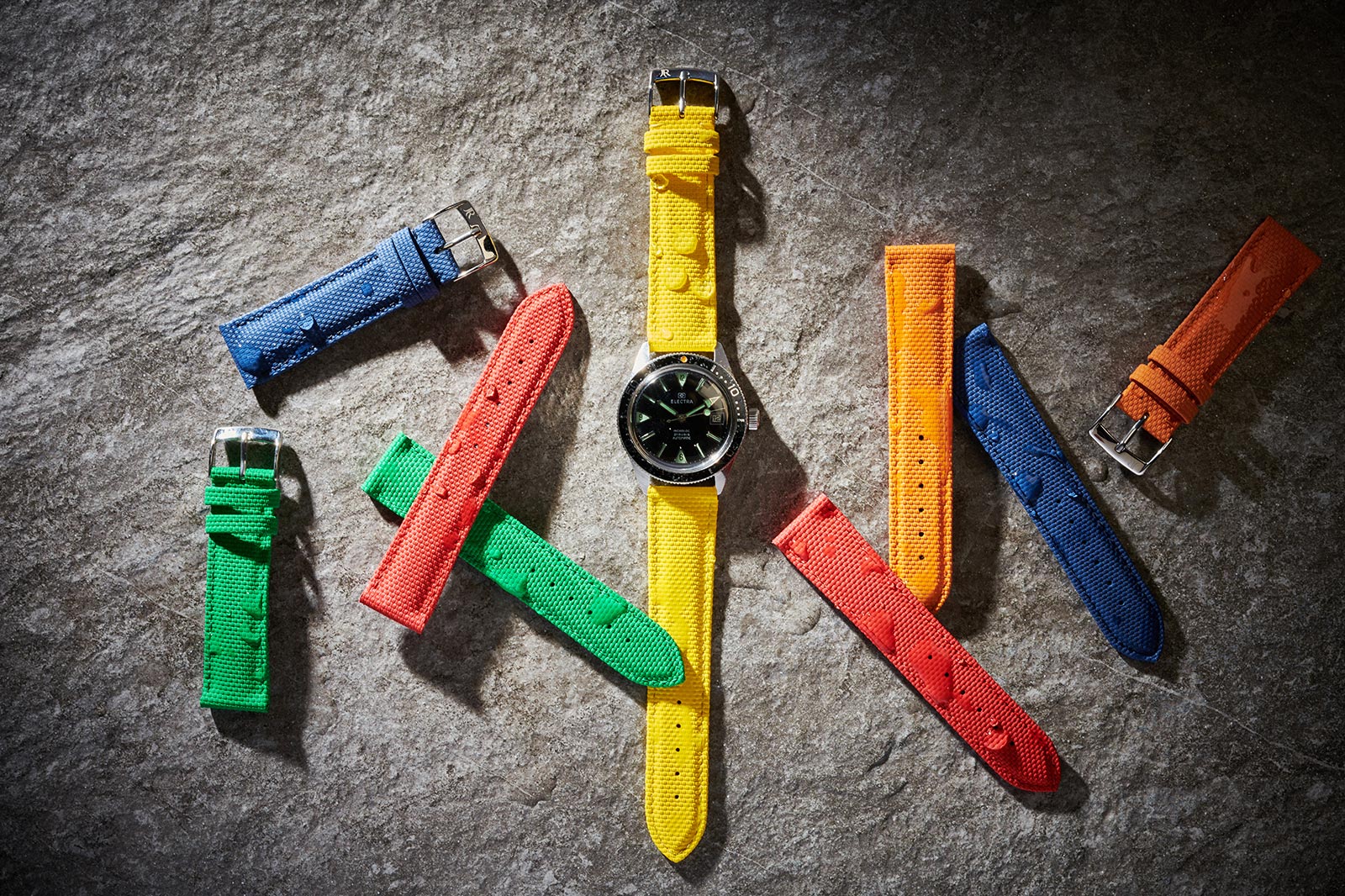 On the other hand, if you want a diving strap that’s versatile away from the water, Jean Rousseau are no strangers to the other materials that watch enthusiasts like to grace their watches with. And at the top of the list is their uniquely textured Atlantis Rubber straps.

As is the nature of the material, it’s far more robust and less likely to be damaged than leather. That means you can take it from the pool to the ocean with greater confidence as it’s better suited to knocks and blows from a wild underwater environment. Watches that come to mind that would really suit it are the Tag Heuer Aquaracer and Christopher Ward Sealander. 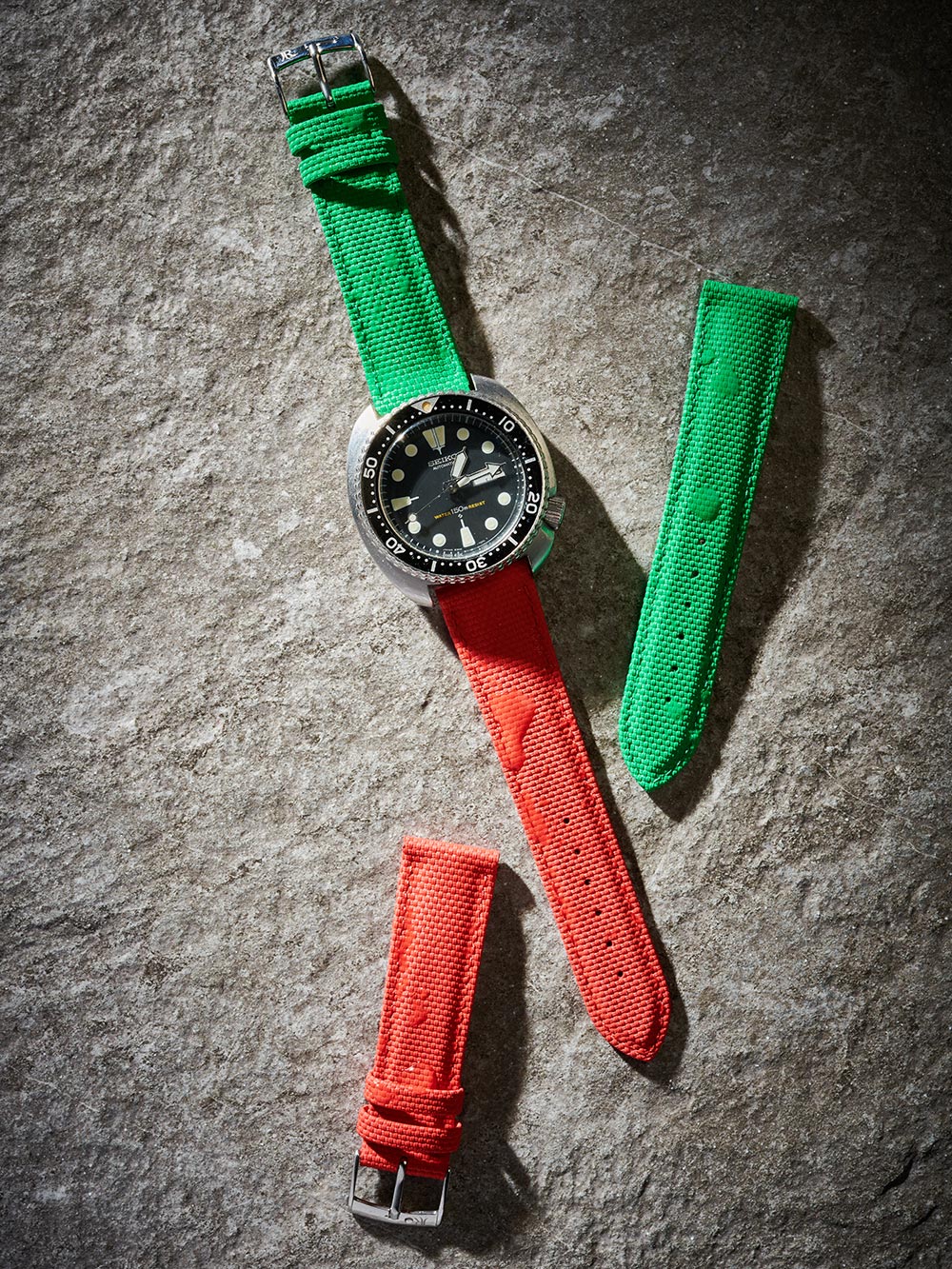 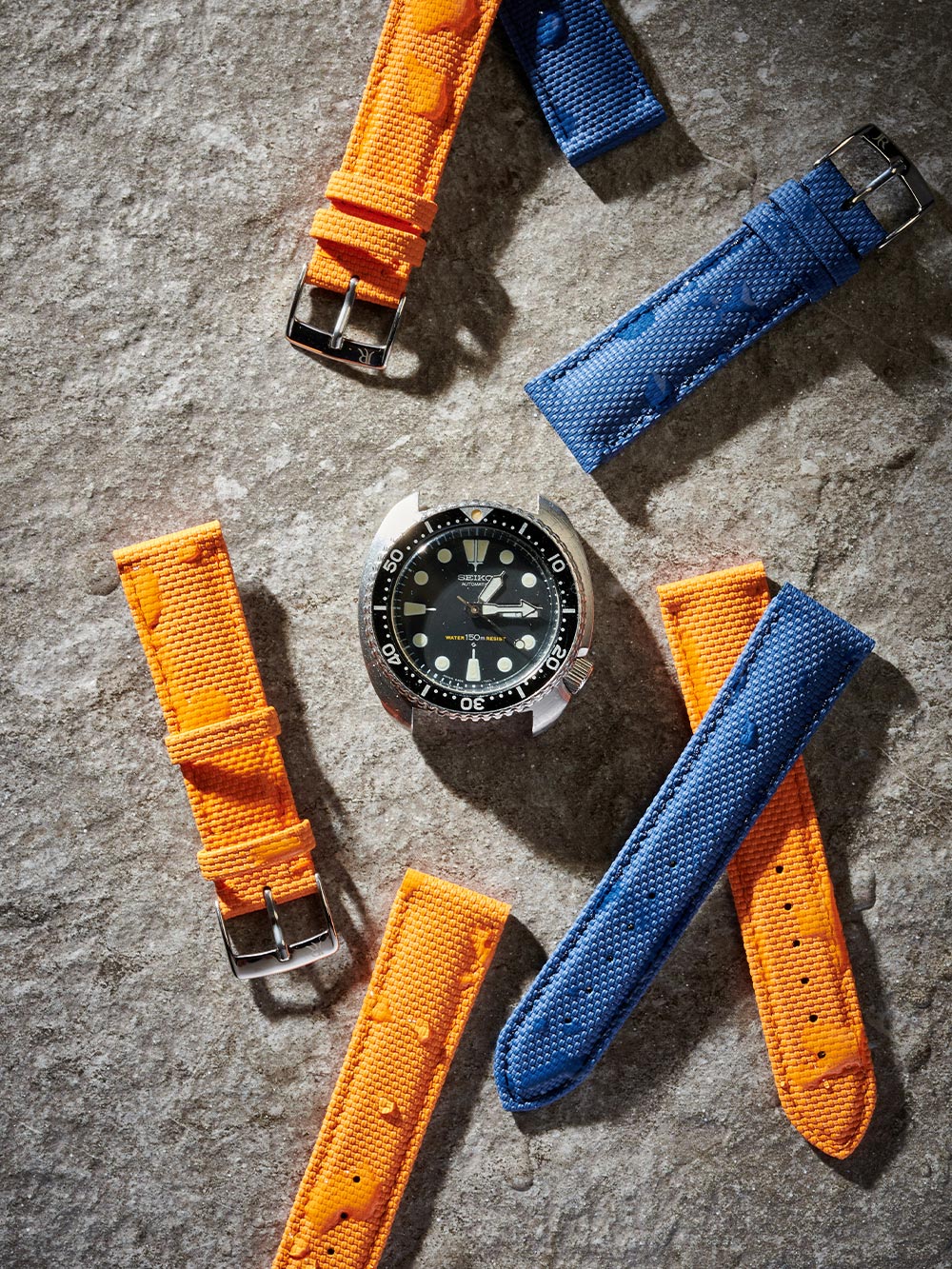 The Atlantis Rubber collection offers a broader selection of colour than the alligator variants. There’s yellow, blue, green, red, orange and black, all equally bold and visually striking. One of the most striking aspects is the texture, as it has been designed to look like a woven strap in the vein of a NATO piece. It means that if you opt for a darker version, like the black, then it can still double as a smart strap in situations that call for it.

If you’re serious about swimming with your watch, the Atlantis Rubber is a definite consideration. Slightly more niche than a classy alligator number but at the same time it’s slightly better adapted to the aquatic world. It’s also more accessible at £160.