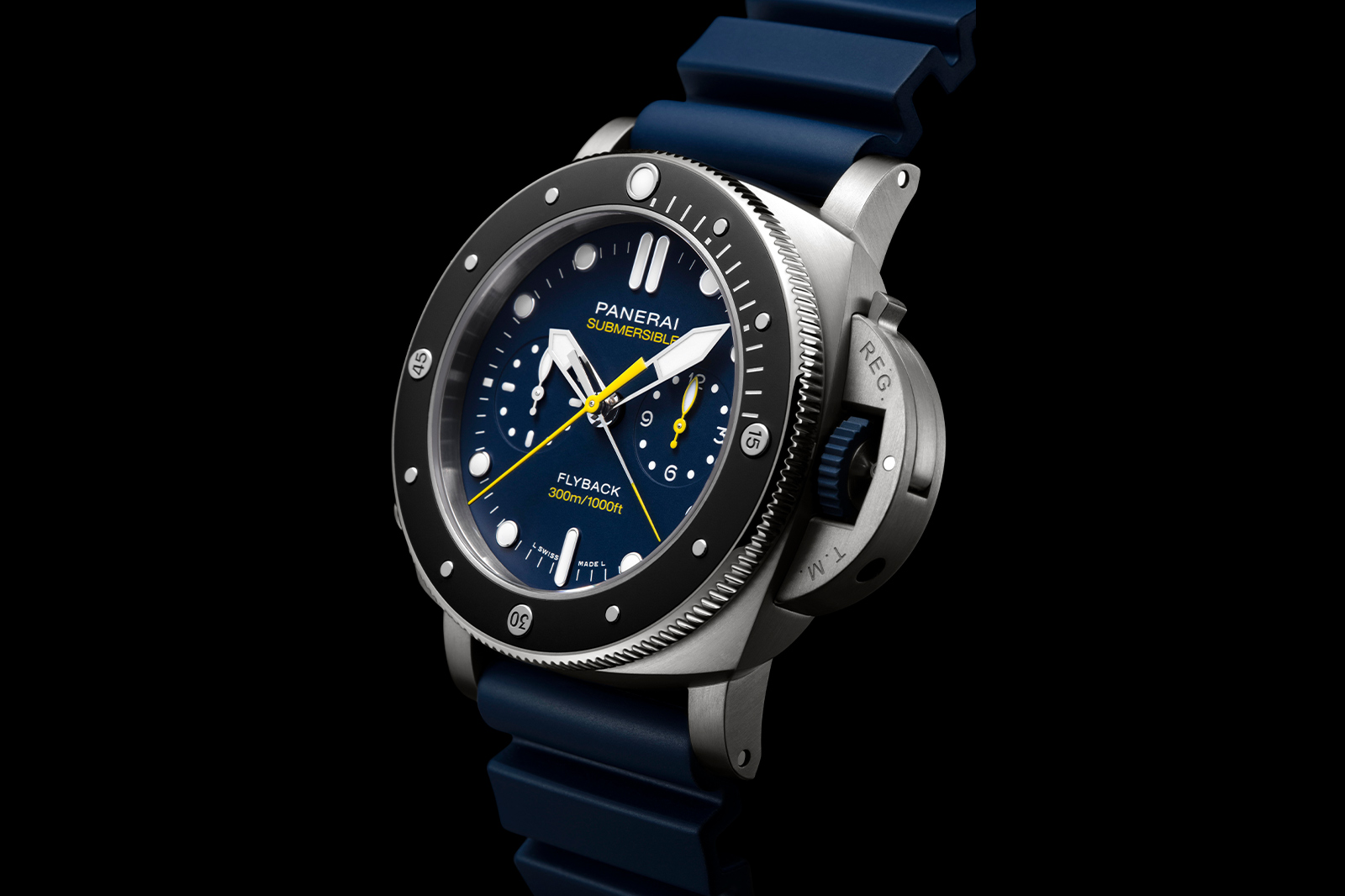 Panerai have been collaborating with legendary explorer Mike Horn for nigh on two decades and in that time, they’ve worked on some of Panerai’s most extreme adventure watches. After all, Mike Horn has trekked to the North Pole in the darkness of winter and climbed some of the world’s highest peaks without supplemental oxygen, ‘extreme adventure’ might as well be his middle name. Now they’re at it again with the new Submersible Chrono Flyback Mike Horn, their most vibrant collaboration to date.

As with most Panerai Submersibles, the first thing you notice is the size of the case. It has a whopping 47mm diameter, emphasised further by the classic Panerai crown guard. For this special edition the case is made from brushed titanium, which does help to keep the weight down but it’s still a fair old chunk of metal. It’s quite a classic material and look for the Submersible, one rounded out by having a unidirectional rotating bezel with a black ceramic insert. 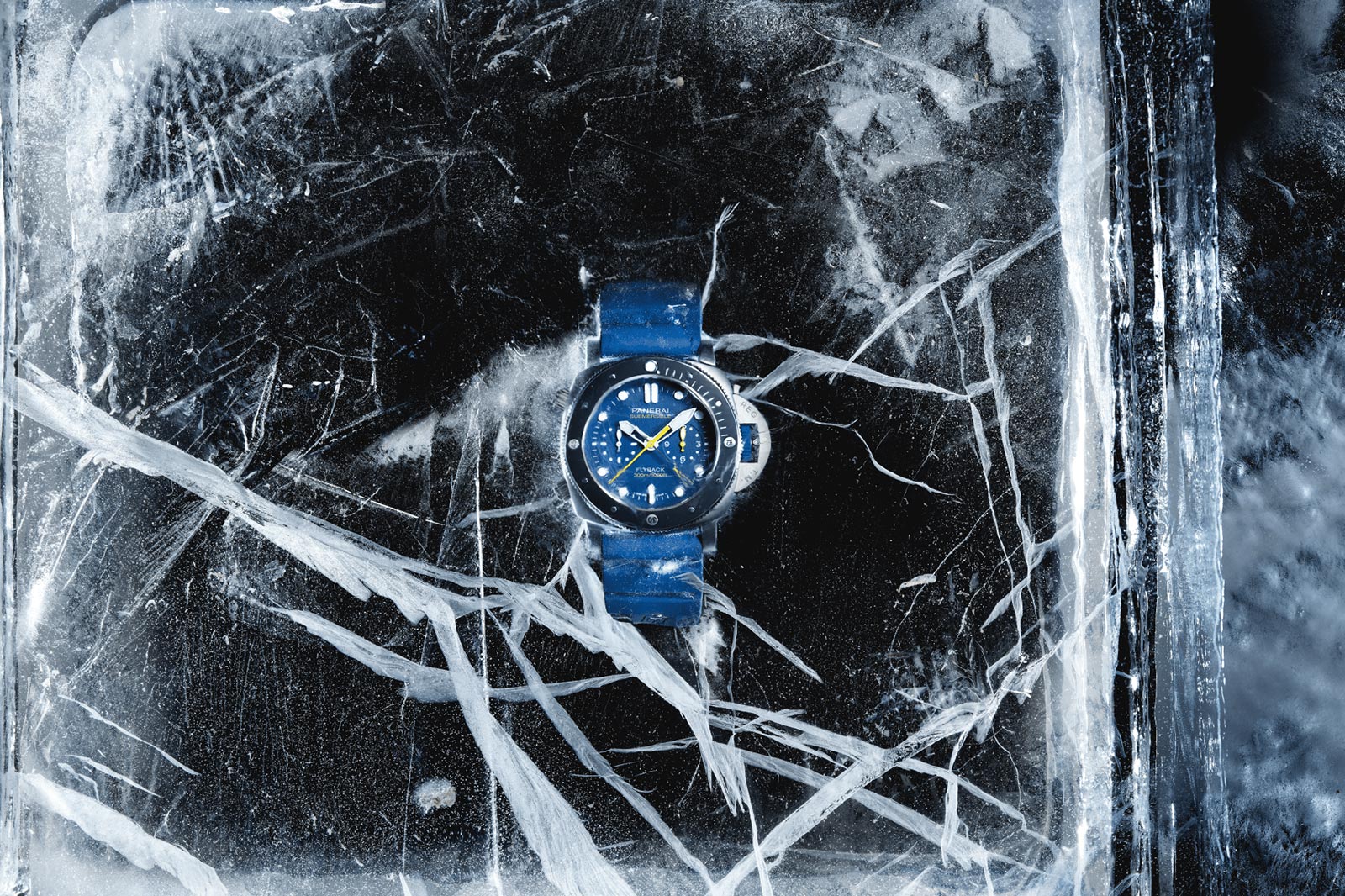 It’s the dial that really makes this watch stand out from the rest of the collection as it’s not only the most vibrant collaboration with Mike Horn, but also arguably the most vibrant Submersible full stop. The main plate of the dial is a powerful shade of blue that compliments the electric yellow central chronograph hand and seconds hand, as well as the 12-hour timer hand on the subdial at 3 o’clock.

Plus, as you may have gathered from the fact it has Chrono Flyback in its name and I just mentioned that it has chronograph functions, this is a chronograph. While there are a handful of Submersible Chronos in the collection, they are all limited editions like this new Mike Horn edition, making them somewhat of a rarity. 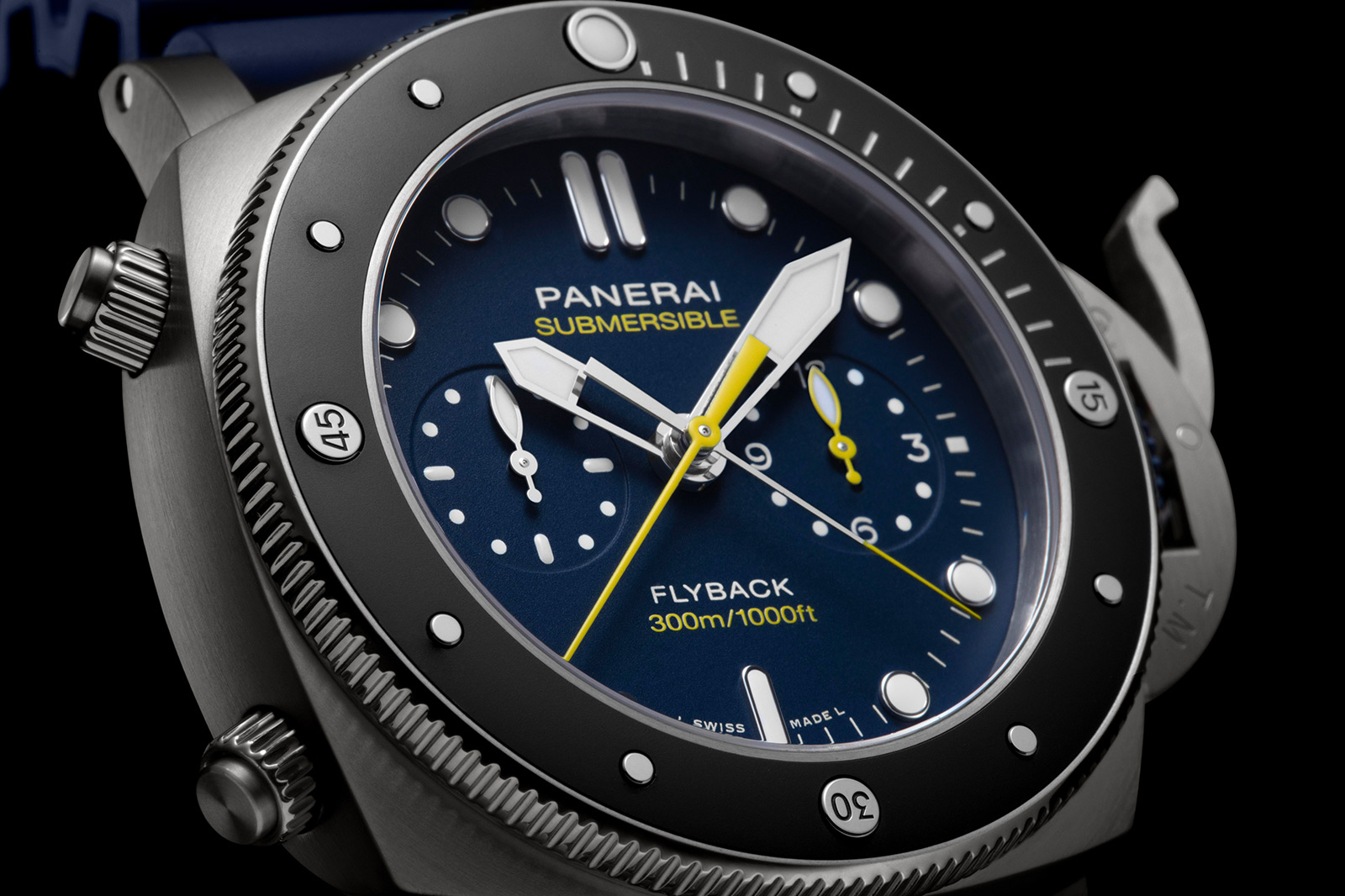 And like those other Chronos, the Submersible Chrono Flyback Mike Horn edition uses the calibre P.9100. It’s an automatic movement that holds the distinction of being the first automatic piece with chronograph functions Panerai created totally in-house. Although, in the past such claims from Panerai have proven erroneous. 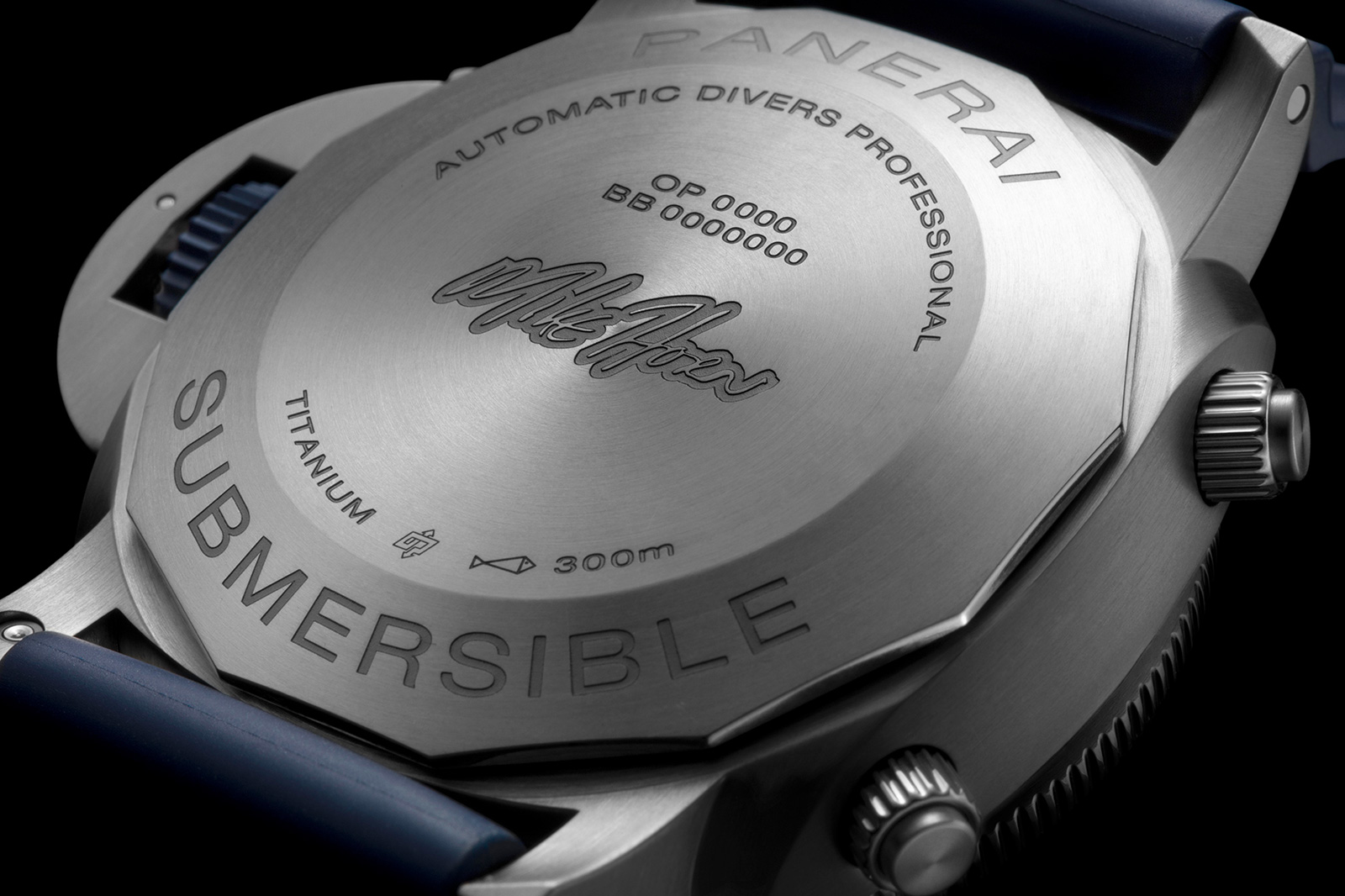 The P.9100 has a 72-hour power reserve from double barrels, an Incabloc anti-shock device and the flyback chronograph functions. Add to that list the case’s 300m water resistance and you have yourself a watch that can go anywhere and do anything.

The watch comes with two interchangeable straps. The first is a blue rubber number in the accordion style, which is designed to adapt to the different pressure environments you experience while diving. The second is a new UPCamo bi-material strap composed of rubber and a camouflage fabric inspired by Italian Navy uniforms. 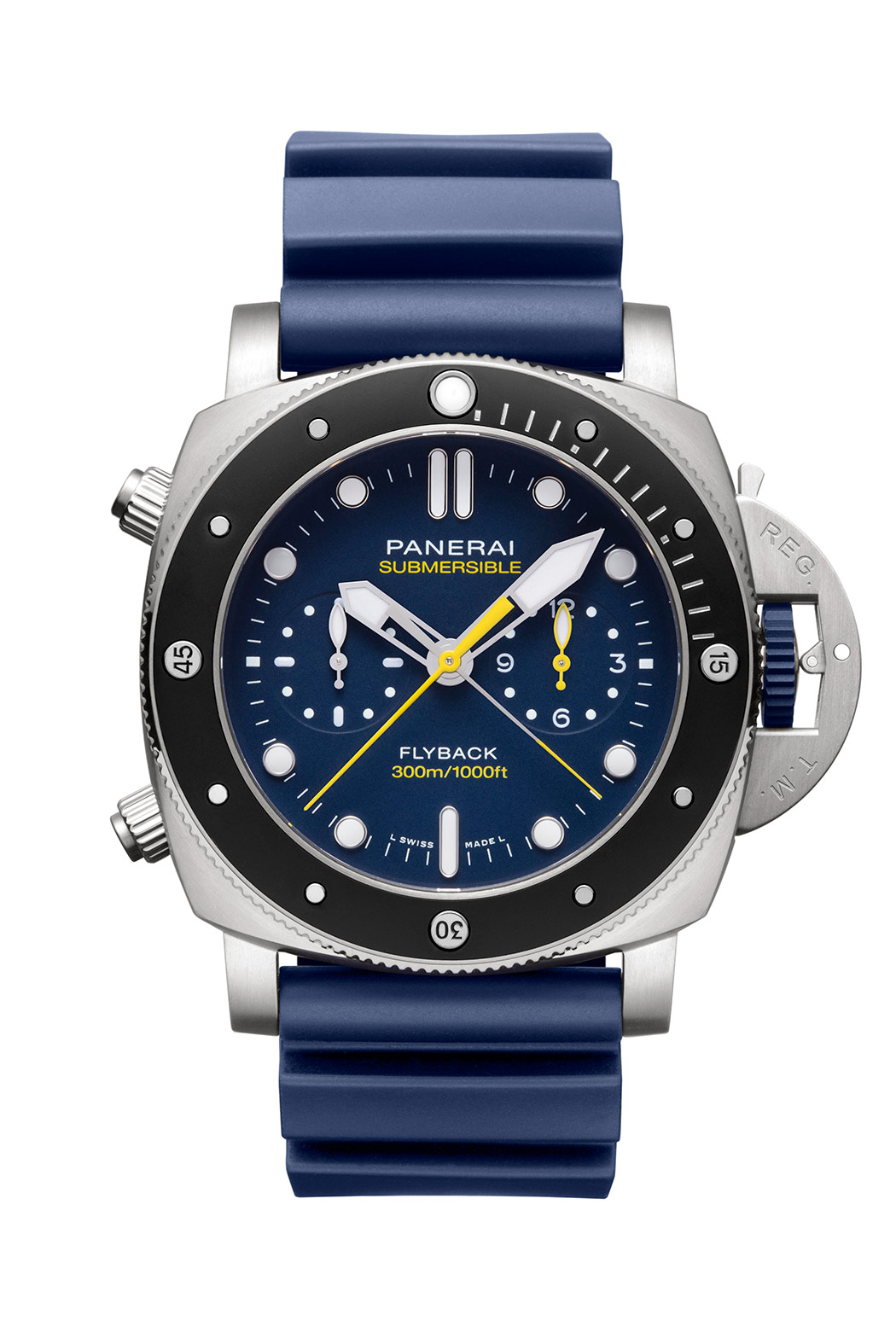 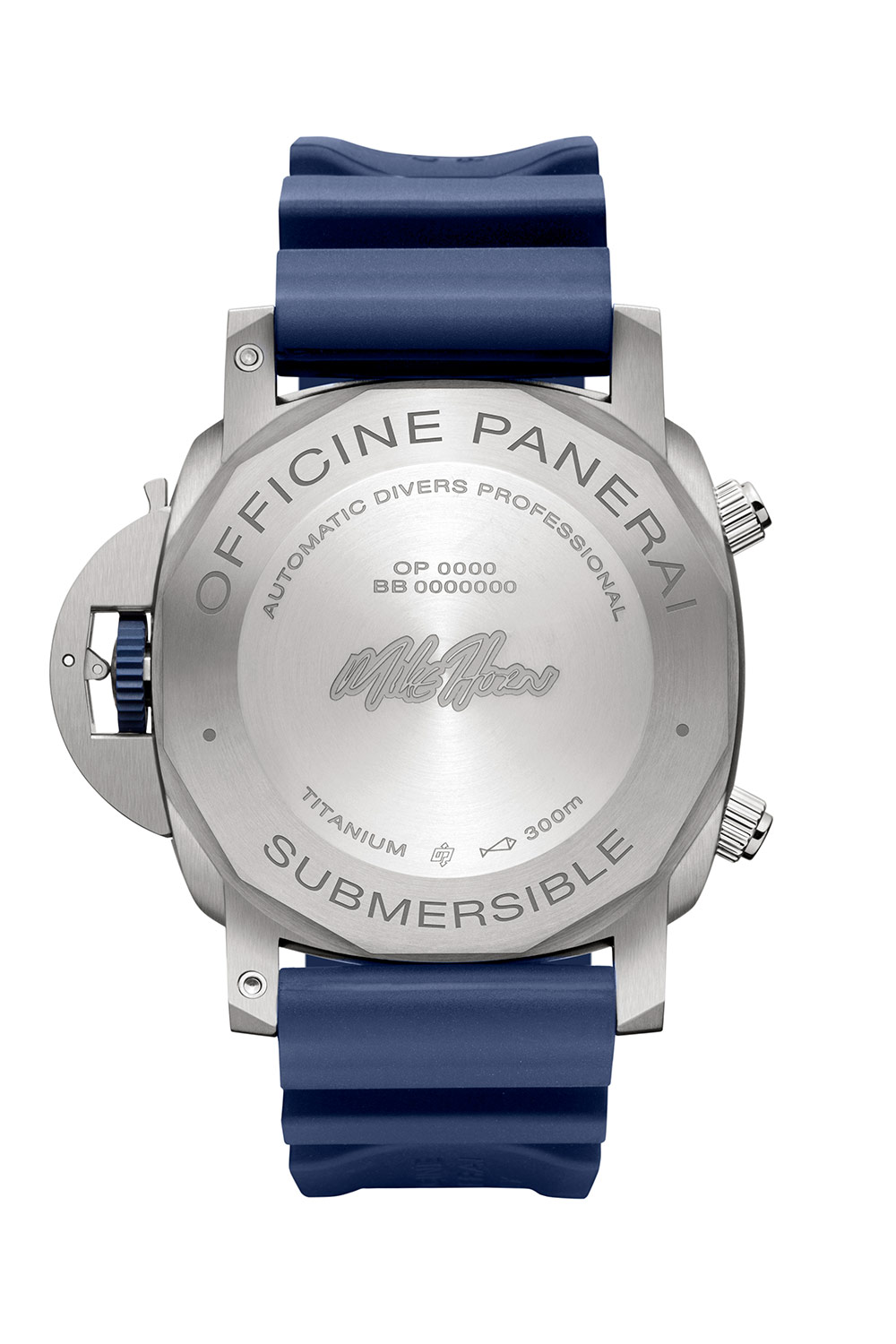 The Panerai Submersible is a serious tool watch so it’s nice that the Chrono Flyback Mike Horn limited edition of 500 pieces gives it a more colourful appearance. It’s a watch less about rugged efficiency and more about capturing the joy and wonder that going on an adventure can bring.