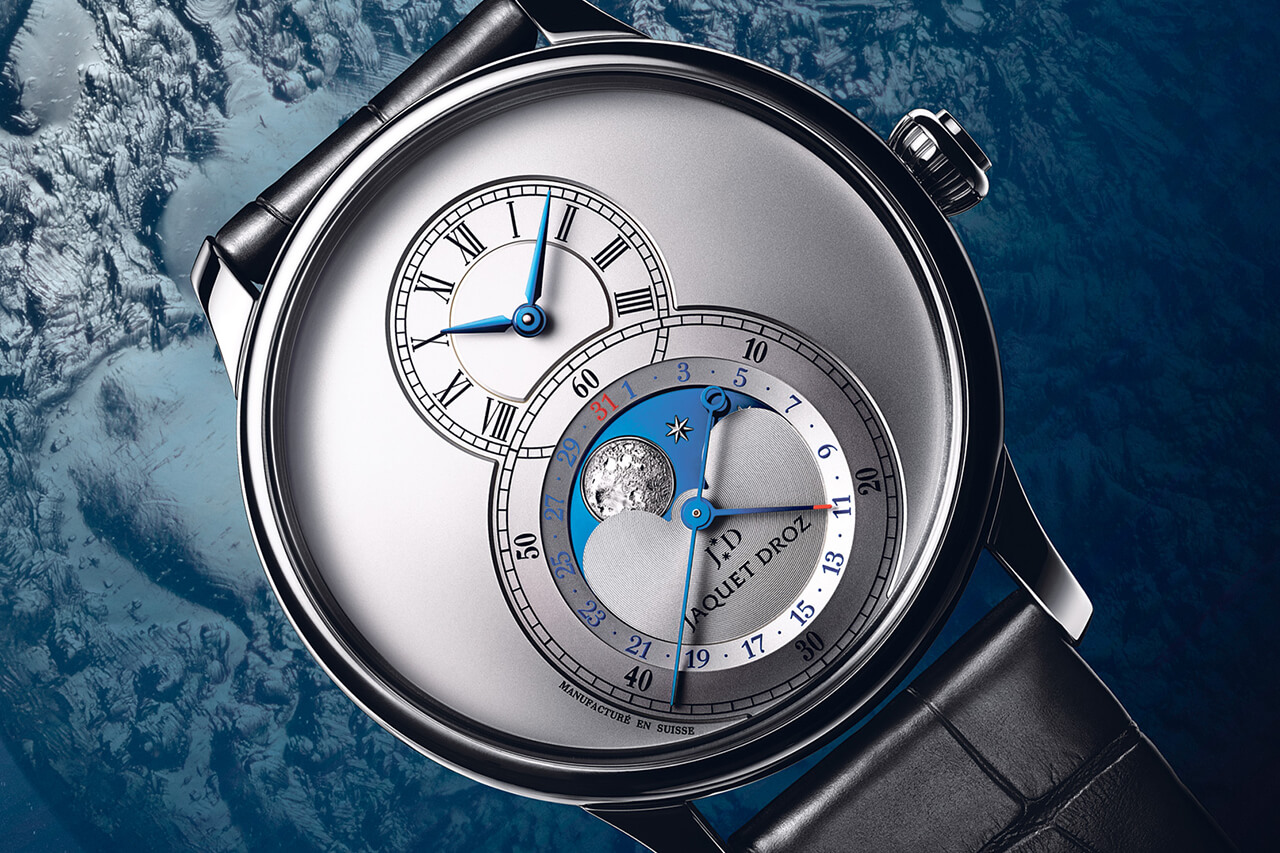 Romantic, poetic, classically-beautiful… the Grande Seconde Moon is all those things and more. It’s pure Jaquet Droz, which means two things: their signature ‘8’ on the dial and pure, unadulterated elegance. Thanks to that larger seconds subdial, the moon gets top billing as the celestial star of the show – and it’s hard to miss against that night blue backdrop. Who cares if it’s a distinctly useless complication? Beauty can forgive a multitude of sins. 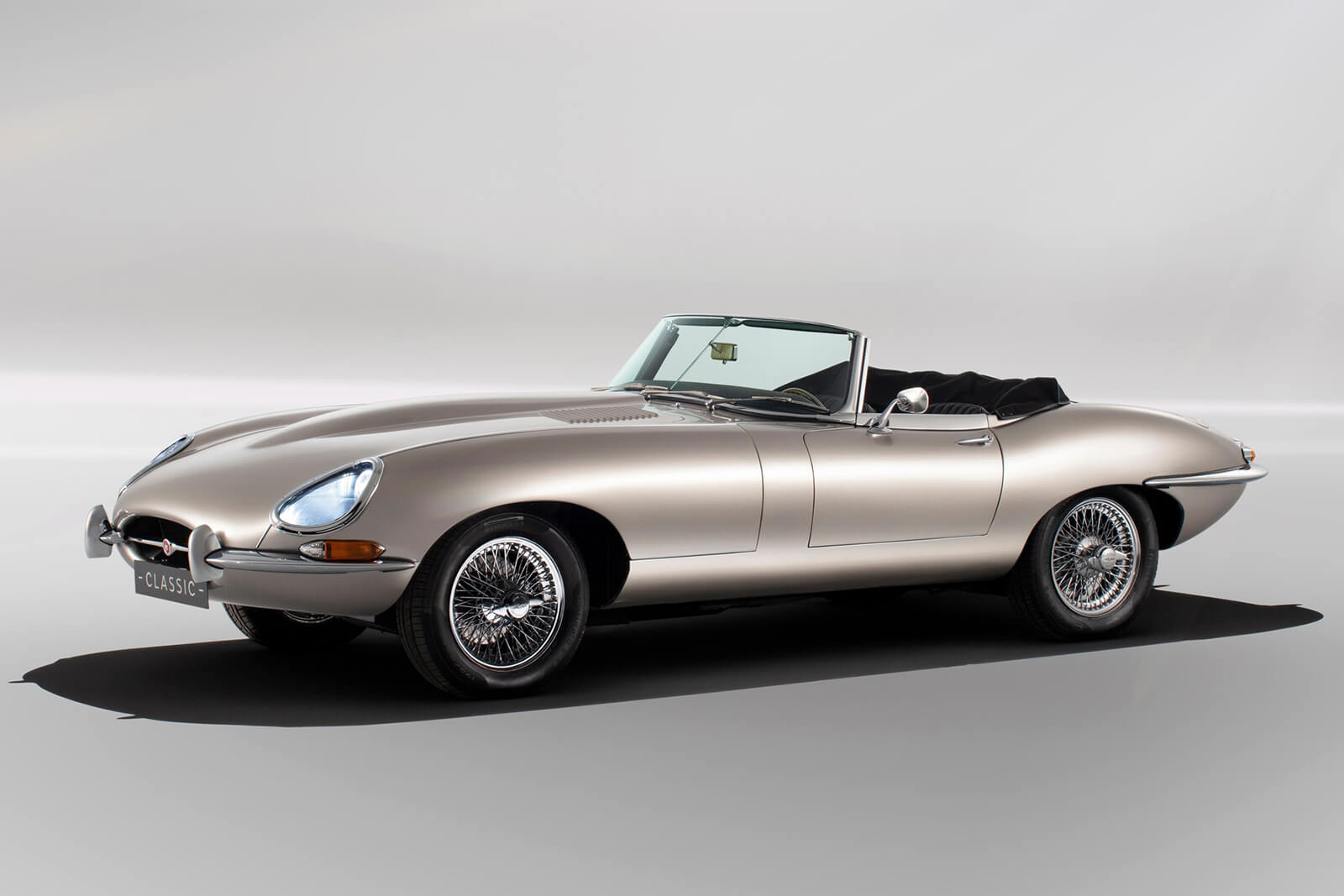 Worried that in a decade you won’t be able to run your horrendously inefficient classic car? Some capitals are looking to ban internal combustion engines after all, and all those new-fangled zero emissions cars are just not the same. Enter the E-Type Zero. Essentially, Jaguar’s little side project is a prototype electric car in a pure classic chassis. The best of both worlds? Well it looks the part at least; we’ll need to get behind the wheel before rushing into these decisions. 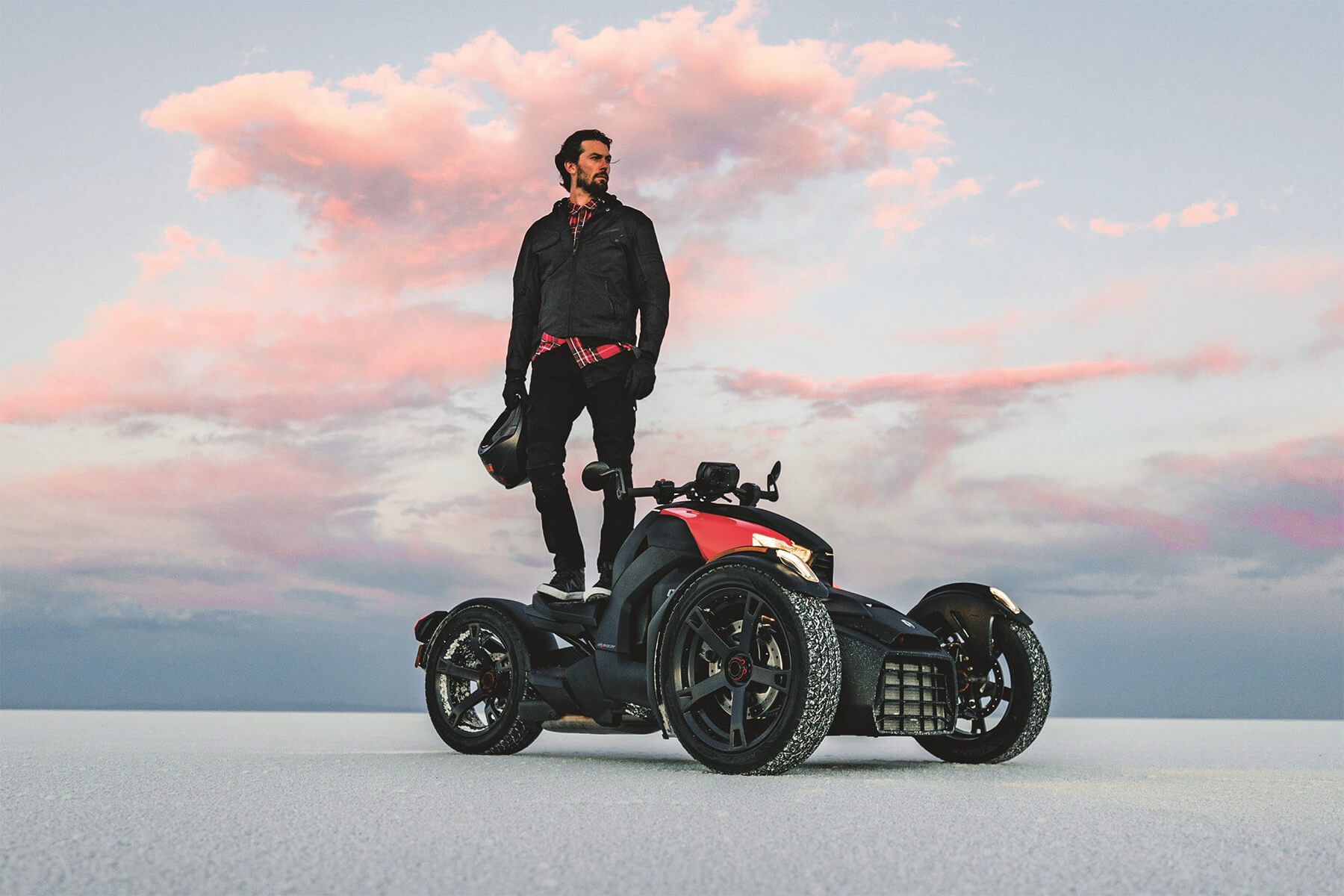 This is about as far from a Reliant Robin as you can hope to get on three wheels. The Can-Am Ryker, starting at $8,499 (just under £6.5k) is the ultimate toy: part quadbike, part motorbike and all adrenaline-fuelled fun. It’s not exactly the most practical thing for a commute, but that’s not what the Ryker’s designed for. Its 77 horsepower can push it on and off road to pretty impressive speeds, and the model can be customised in tens of thousands of ways. Opt for the rally version and you might even have a Dakar contender on your hands. 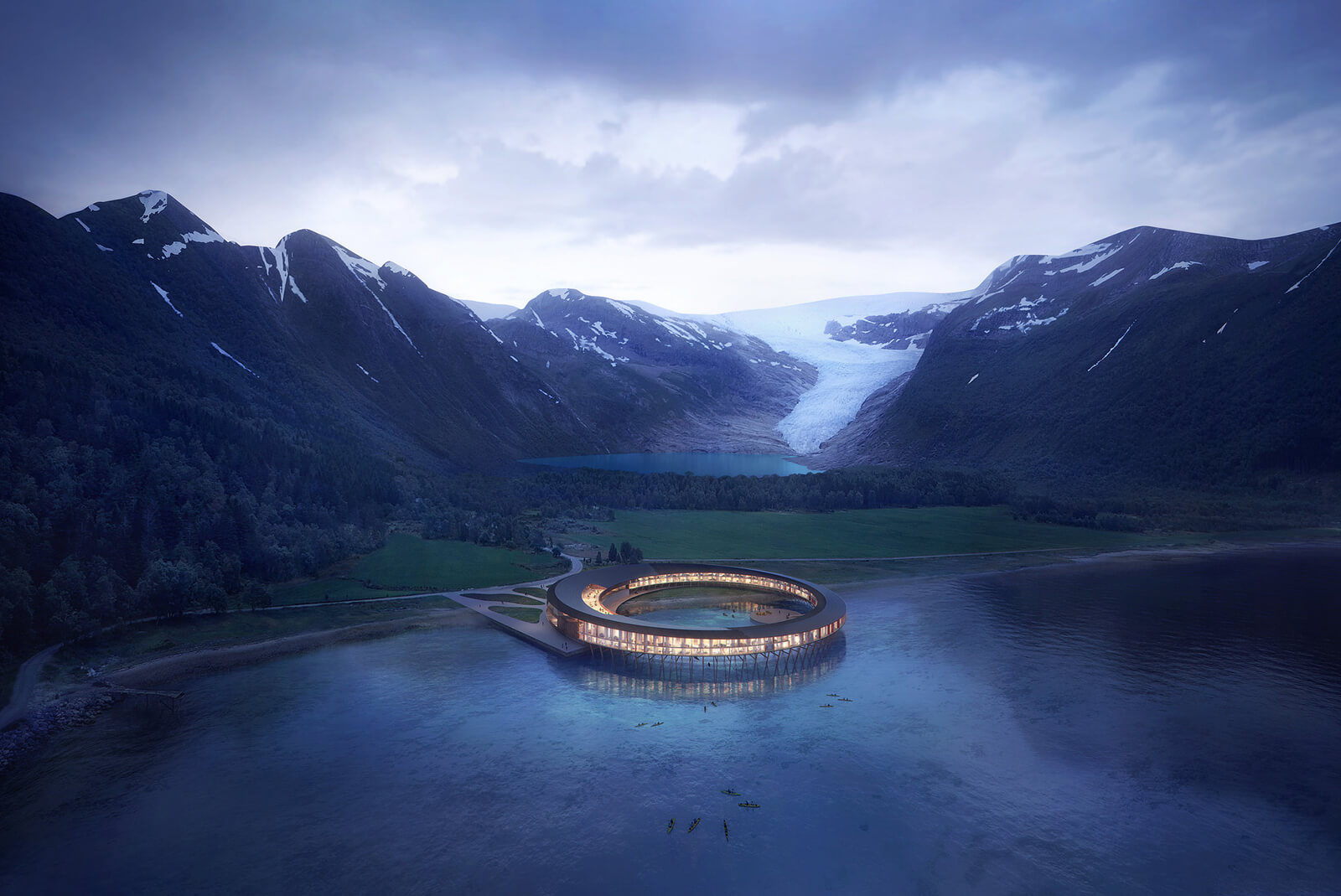 We might be a few years off guest rooms orbiting the moon, but from what we’ve seen so far Hotel Svart might just be the next best thing. Proposed to be built in Norway’s Halondsfjorden Fjord – ideal for the Northern Lights the ultra-chic, ultra-sustainable hotel looks more Stargate than stargazing. Built on stilts over the icy waters, expect to be able to book your place in 2021. 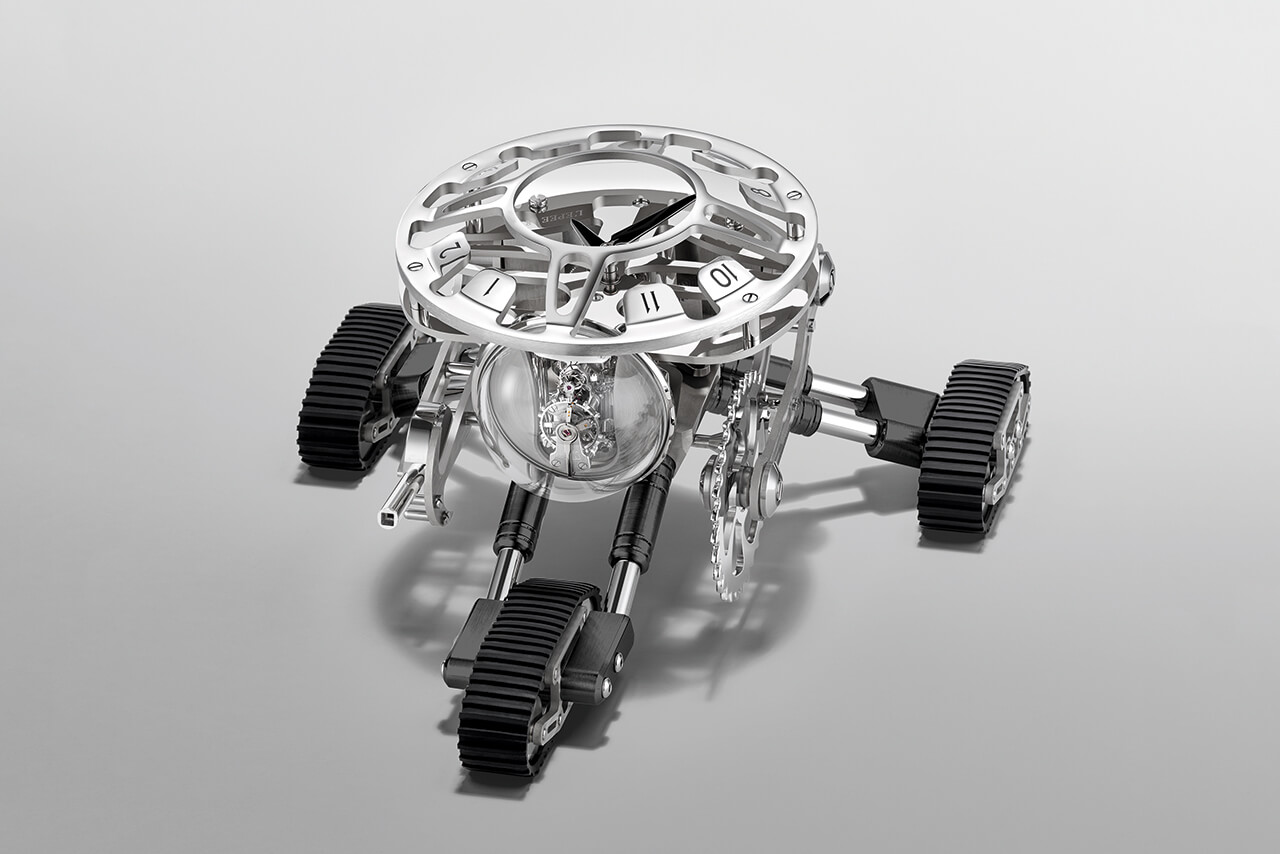 First there was Melchior, the armed stoic; then came happy old Sherman. Now, straight off MB&F’s Skynet production line comes Grant, the tri-wheeling tank. Showing the time on his shield, he can traverse any desk on his three working tracks and, if you’ve had enough of his autonomy, fold down for the perfect clock-viewing angle. He’s not about to destroy the human race quite yet, but as random flights of horological fancy go, he’s indomitable. If you don’t want him on your desk, you’re not someone we want to know. 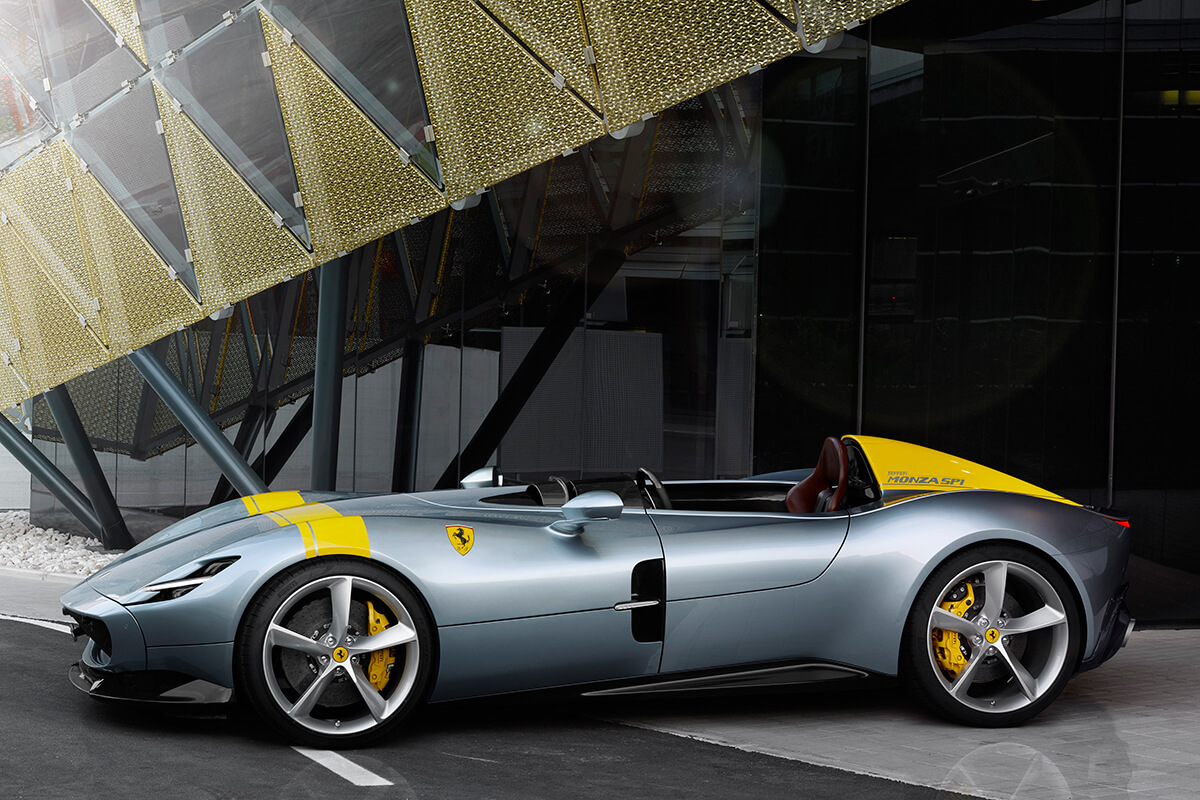 Ferrari has finally released shots of its new hypercar – and it’s stunning. Unfortunately, it’s also already sold out, despite the £1m+ price tag. Before the first car is even off the production line, each of the 500 open-top Monza models has an owner. It’s a great day for Ferrari. Still, it shouldn’t come as a surprise; the SP1 and SP2 cars (one or two-seater) have been described as “probably the closest and purest driving experience to Formula 1” and “the most powerful ever in Ferrari history.” That makes us feel so much better for not nabbing one… 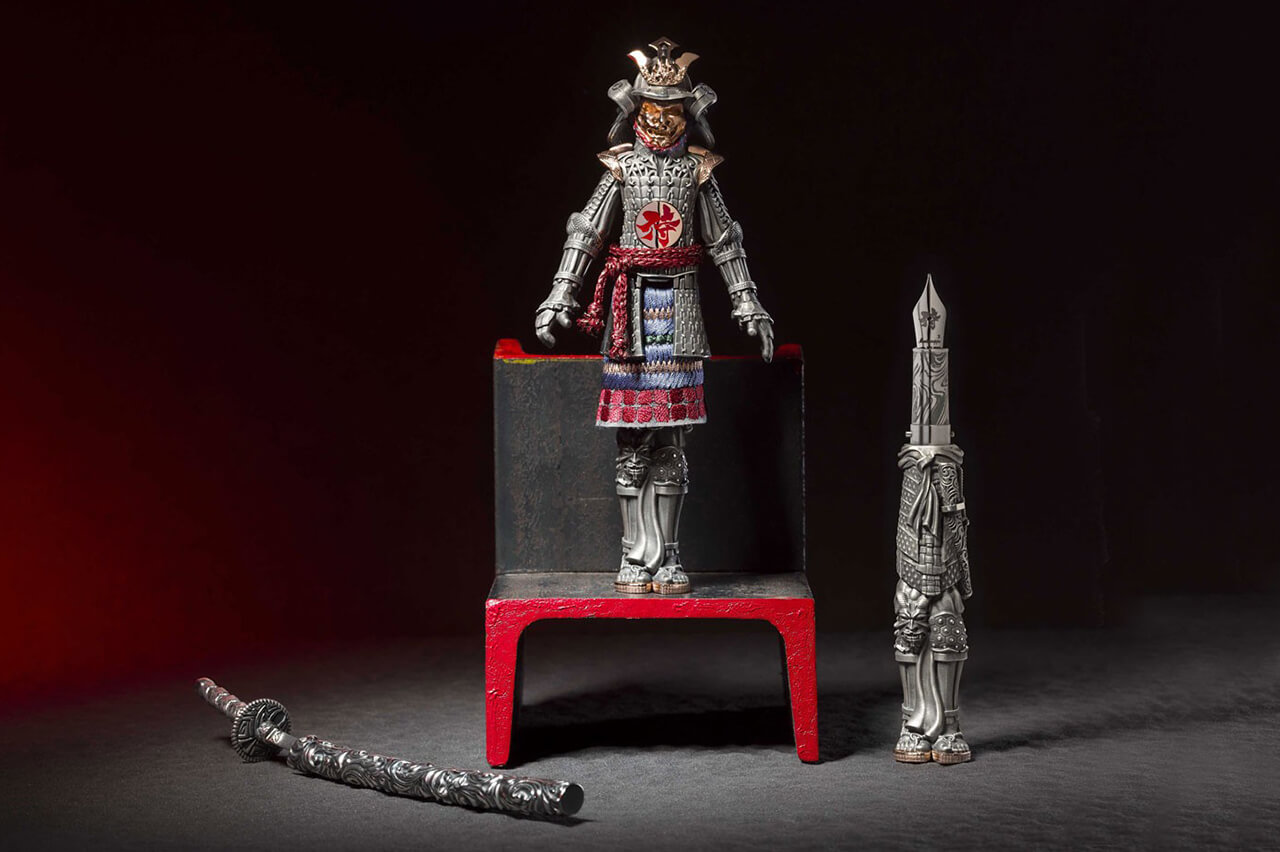 The pen’s only mightier than the sword until you get into a knife fight, but if you want to give your last line of lettered defence a martial overhaul look no further than the Montegrappa Samurai. ‘Pen’ doesn’t really cut it here; the sterling silver samurai it depicts though could probably do a good job there. As ever it’s a statement piece and as ever Montegrappa’s craftsmanship is second to none. 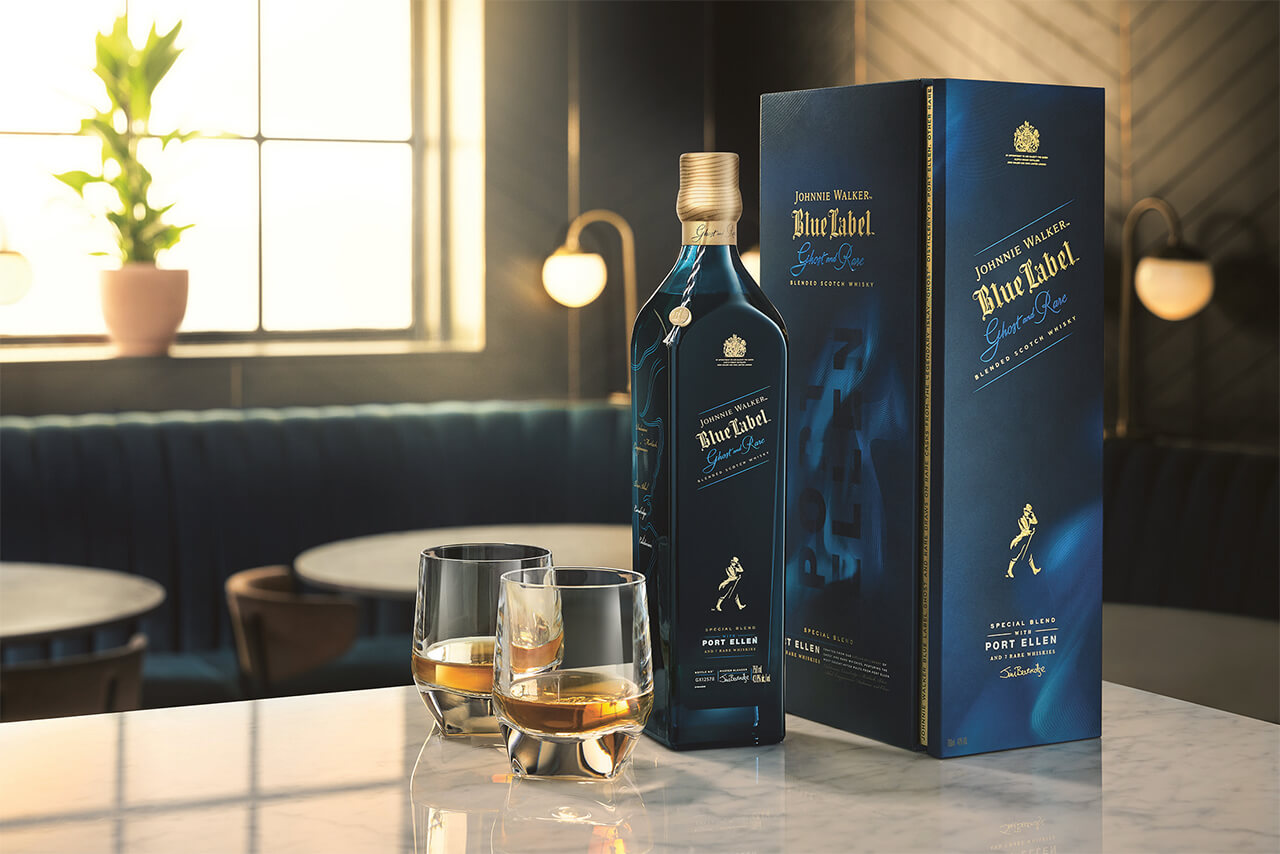 Johnnie Walker’s vaults have to be the envy of every distiller out there. Not only do they have good stocks of current whiskies, but they’ve been holding on to casks from distilleries that no longer exist. Their new Blue Label Ghost and Rare Port Ellen uses just such a whisky in its phenomenal blend. The Islay single malt at the heart, Port Ellen, stopped being produced in 1983 and by itself is a collector’s bottle. Blended with some other ghosts from Caledonian and Carsebridge and a few rarities from elsewhere, it’s as balanced as Blue Label ever is, but with a character you won’t find anywhere else.

We can generally give or take Apple’s attempt at a smartwatch. There are better ones out there, after all. Thanks to Hermès though, there are no cooler ones. Available in single or double tour straps – normal or extra-long to wrap around twice – and in a variety of colours, the digital dials can be customised to match. If you need to get Apple’s latest release, at least do it in style. 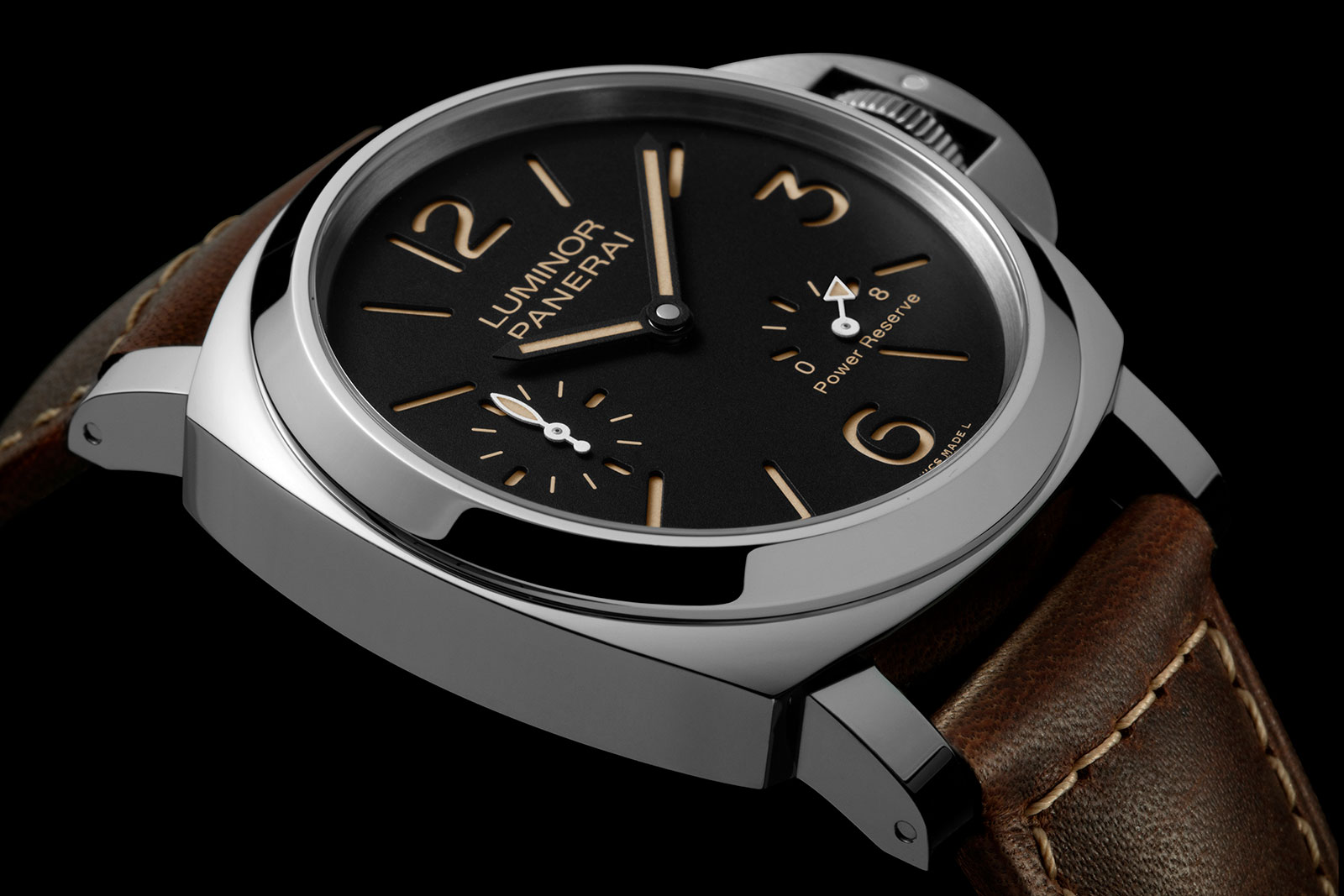 Panerai has certainly been busy this autumn. Rather than holding all their cards close until SIHH in January, they’ve released a set of five watches at once, metaphorically blowing their horological load in what can be considered one glorious capsule collection. The first is the Luminor 8 Days, which comes in three distinct flavours: two manual winds in titanium and steel and a cool automatic left-hander. The last two pieces are slightly more unusual for Panerai. The Radiomir 1940 3 Days Acciaio pair in black and beige dials are inspired by a Florentine clock with more than a touch of Art Deco to them. They’re unusual – which in Panerai’s world means collectors’ items in the making.