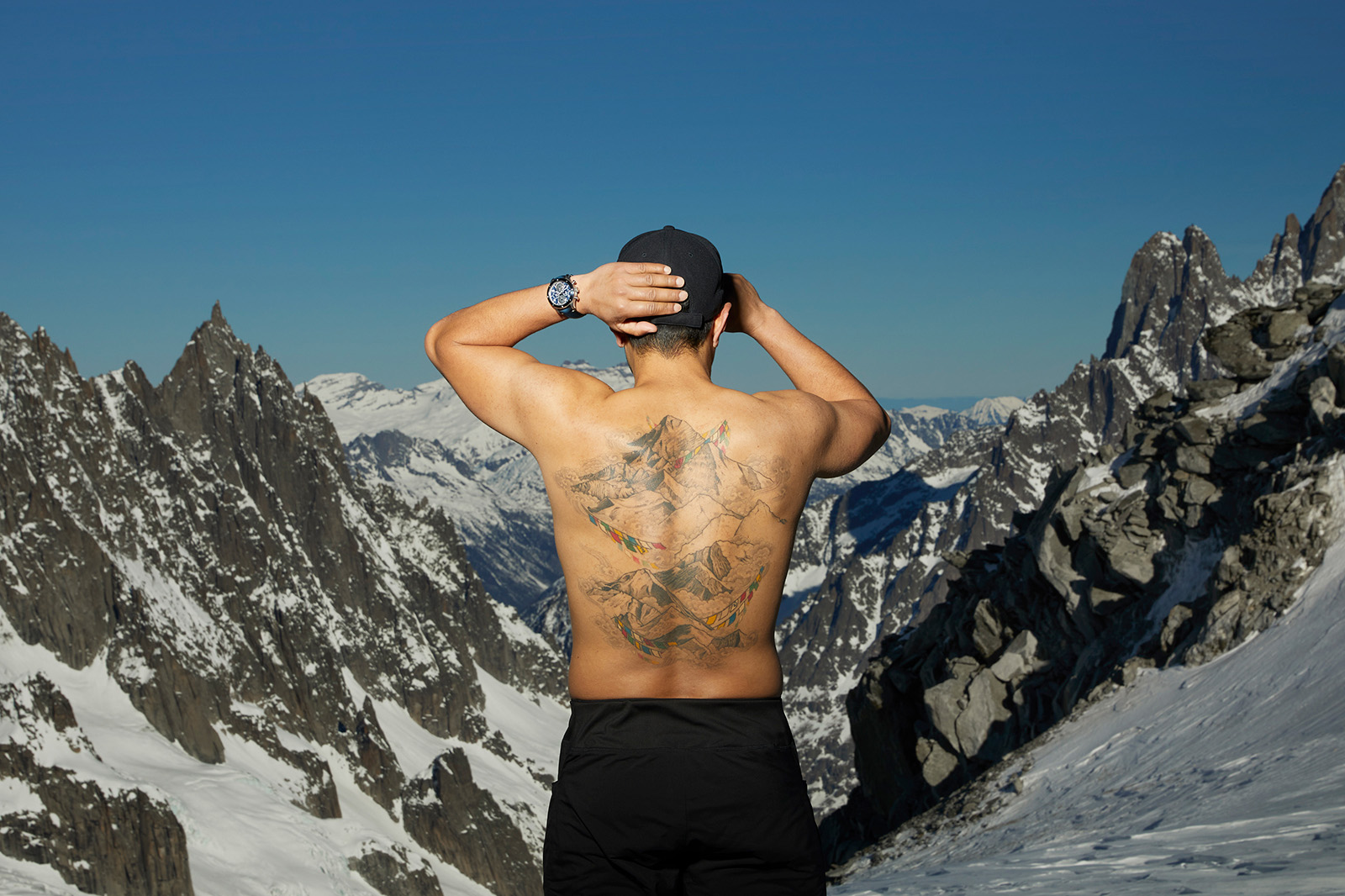 Even if you’re not part of the extreme climbing world, you’ll have probably come across the name Nimsdai Purja. The immense documentary film 14 Peaks: Nothing is Impossible is a transcendentally epic insight into the greatest climbing challenge ever undertaken – and completed.

The 14 Peaks are the tallest mountains in the world, each over 8,000 feet and well into the so-called ‘death zone’ where the human body can’t survive. It was previously completed by South Korean climber Kim Chang-ho in just under eight years. Nims and his team did it in just over six months. 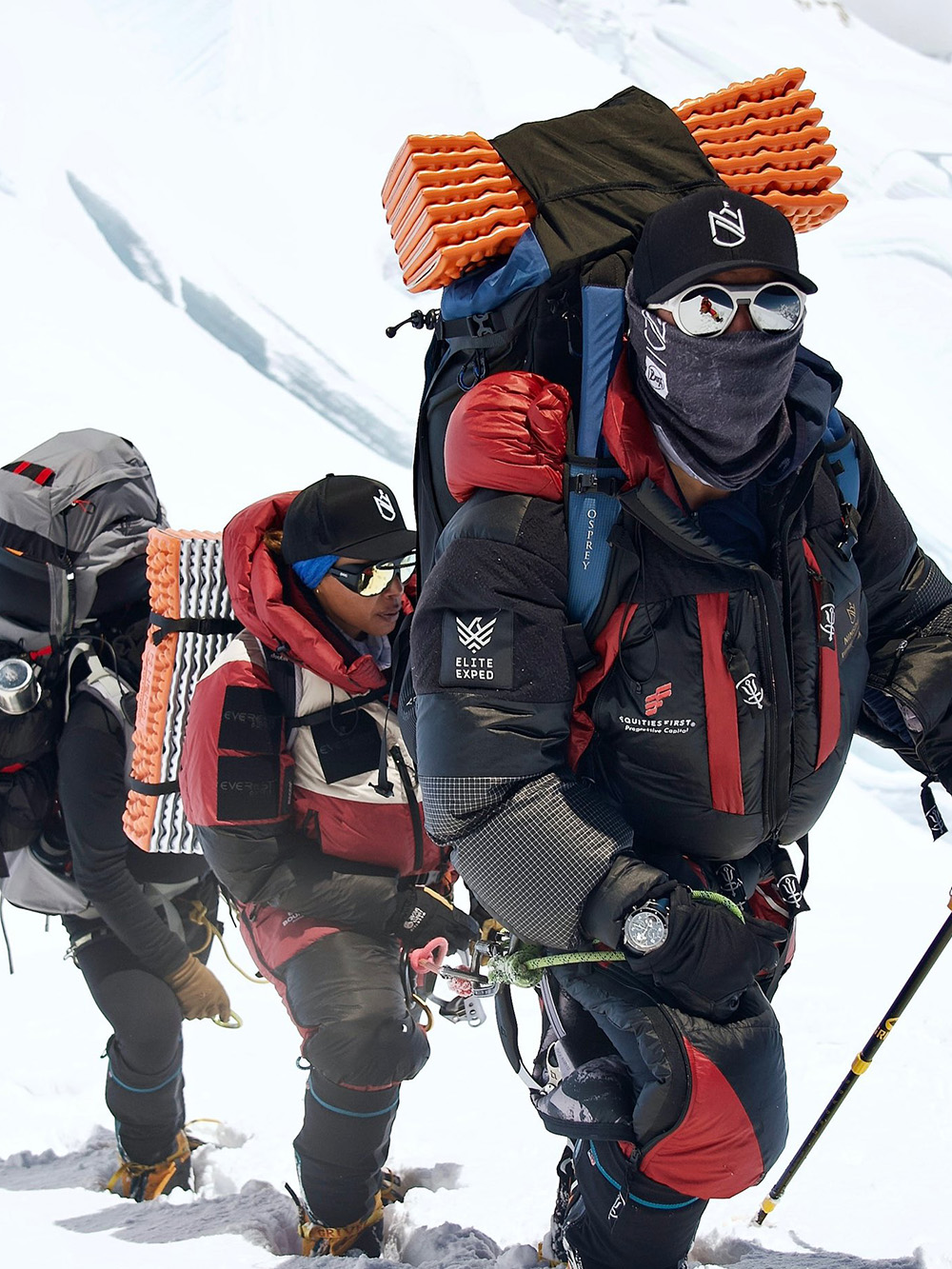 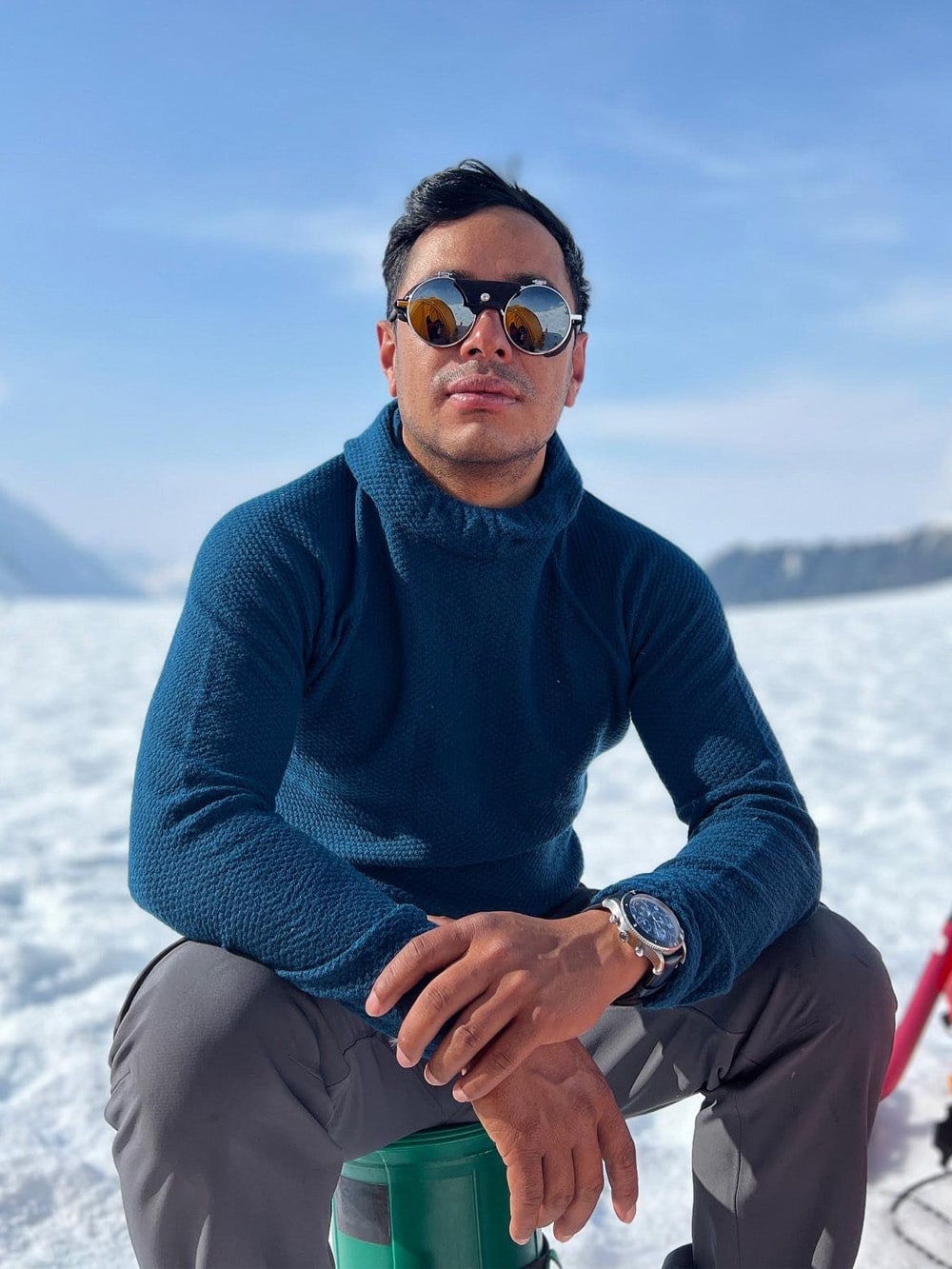 It’s a feat that pushed the boundaries of human capability, both mentally and physically, something that climbers around the world said simply couldn’t be done. It’s a mind-blowing accomplishment and if you’ve not seen it already, I highly recommend the documentary. Just make sure you watch it with a nice, hot drink.

The big question though is why? Coming from a poor family in Nepal, money’s never been a big part of Nims’ life and even the 14 Peaks were done on a tight budget. So what made him think he could do it? 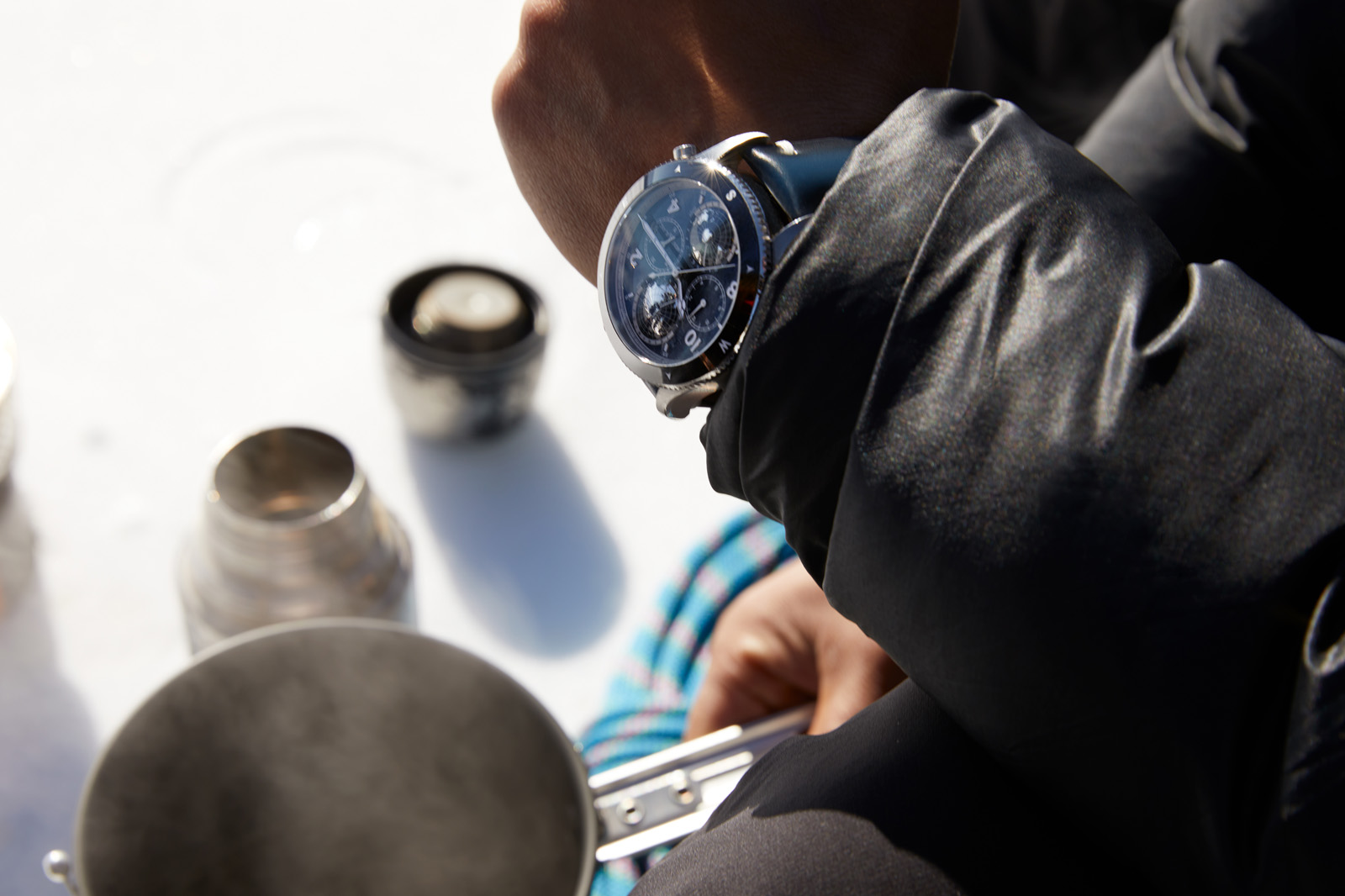 “A person develops as they grow old,” the climber explains, “the experience of surviving day-to-day life and the things you learn. But to achieve the extra- ordinary, to be a trailblazer, a first, what you really need is to believe is bigger than yourself, bigger than the money, the game. Then you can achieve it. I knew I could do it because I had to.”

That kind of self-belief doesn’t just come out of nowhere of course. Before undertaking the 14 Peaks, Nims was part of the UK’s Special Boat Service for 16 years, where he and the other recruits were put through training that the word ‘rigorous’ doesn’t begin to describe. Pair that with the desire to help his fellow Nepalis and you have a mountain- conquering combination. Not that it was easy, obviously. 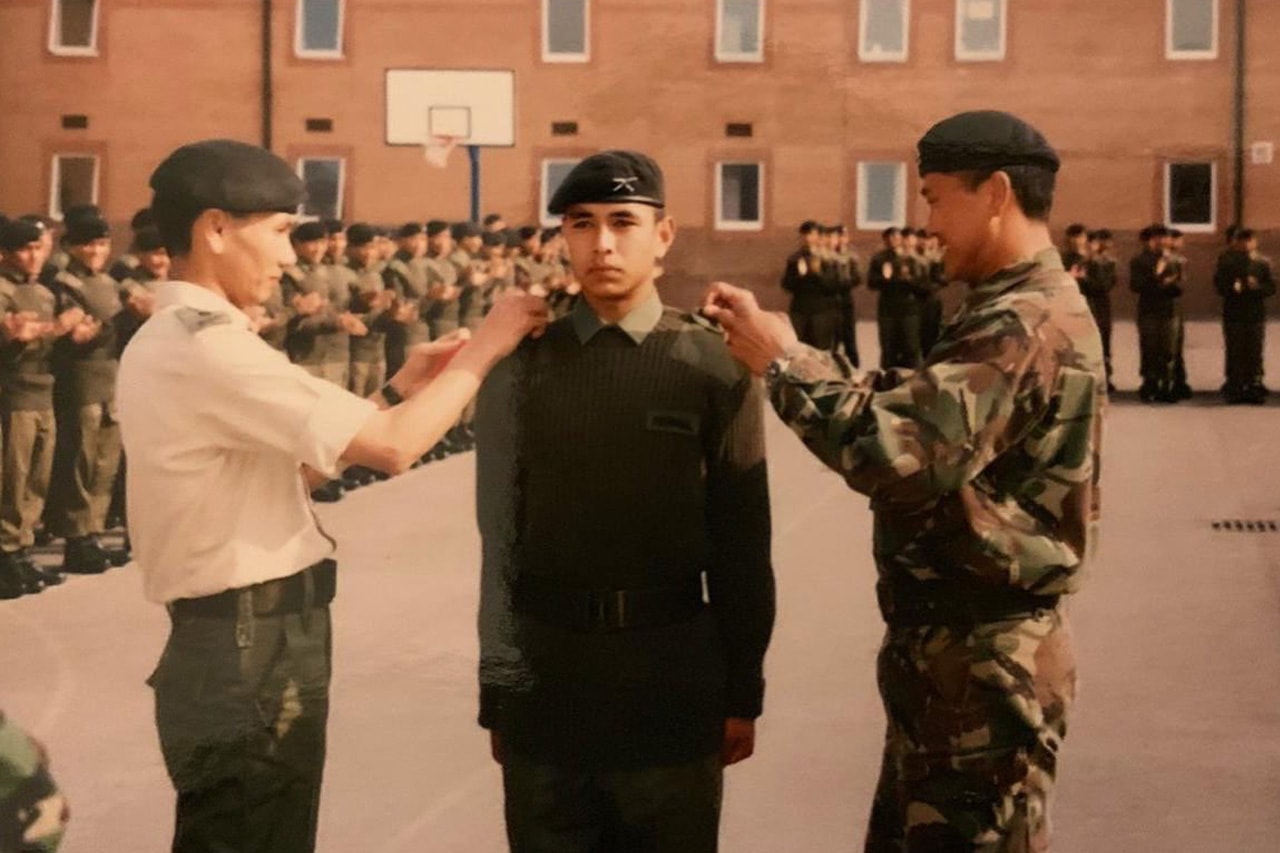 “The big physical challenge is that your body is literally dying when you go up that high. Nobody can live at that altitude. But the bigger challenge was the mental pressure. Being the lead guy I needed to make the difficult decisions. Do we go up now or wait a day? Do we go and fix the lines now or wait for the weather to clear up? You need to calculate risks not just for yourself but for the whole team.” 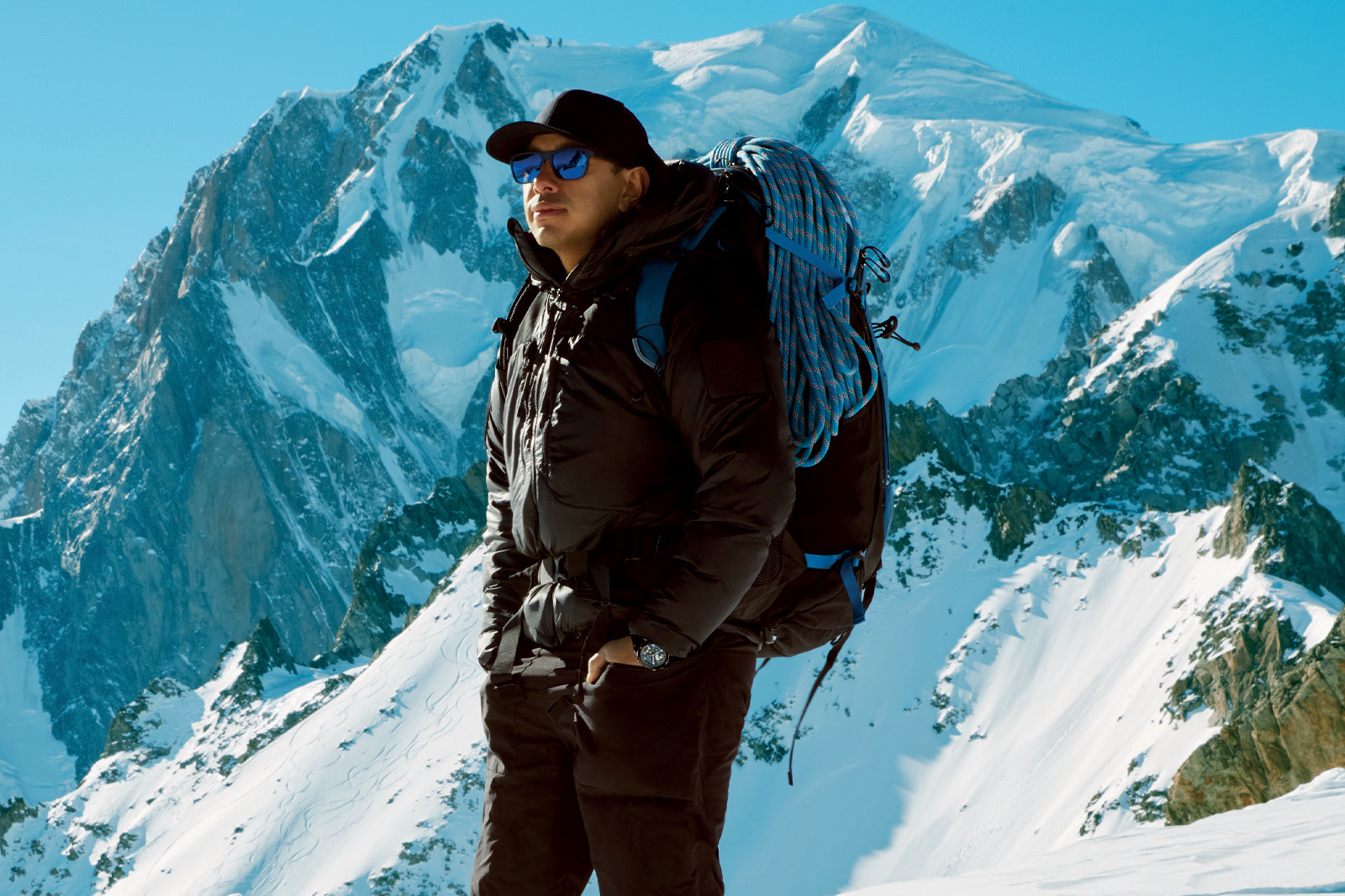 “During the 14 Peaks, I abandoned what I was doing and went to go and save someone’s life. It was a tough decision because there’s always the factor of whether we’re all going to be safe, but I made it for my team and we got the person down the mountain.” With lives on the line on a regular basis throughout the challenge, it’s hard to imagine acclimatising back to normal life. Fortunately, Nims has been keeping himself busy in the aftermath.

“As humans we have hope, praying to get through things, but I think more than my spiritual belief was the belief that I had to come out the other side. I wanted to do this and be able to tell my own story – so I had to be alive to tell it. It’s that belief that kept me alive. Now I’m being able to tell it.” It’s that very belief he’s hoping will inspire countless others to follow in his footsteps, and not just climbing, either. 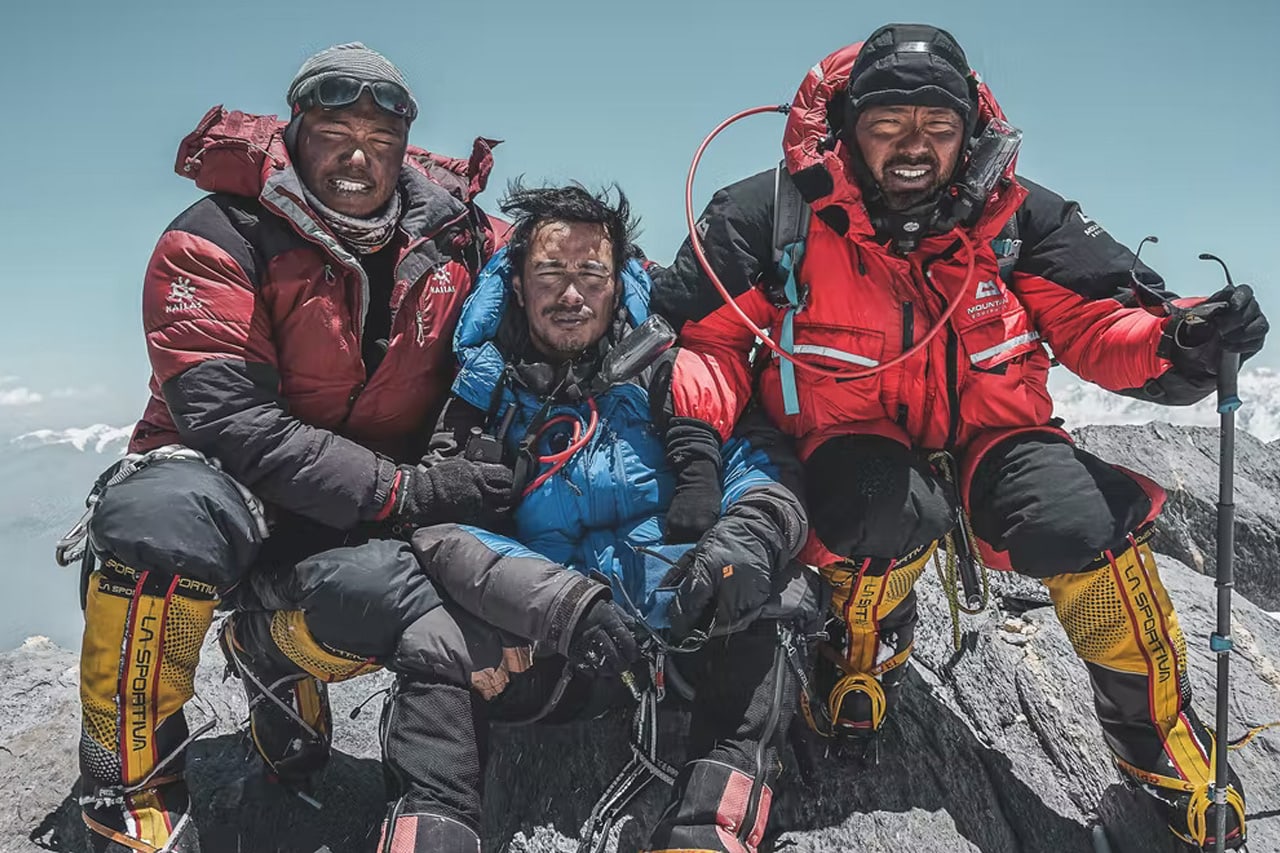 “The whole thing right now for me is to make a big difference, to show the world that nothing is impossible as long as you put your heart and soul into it. I went from nothing to something and I want people in Nepal and developing countries to see that. Because I did it, they can do it too. 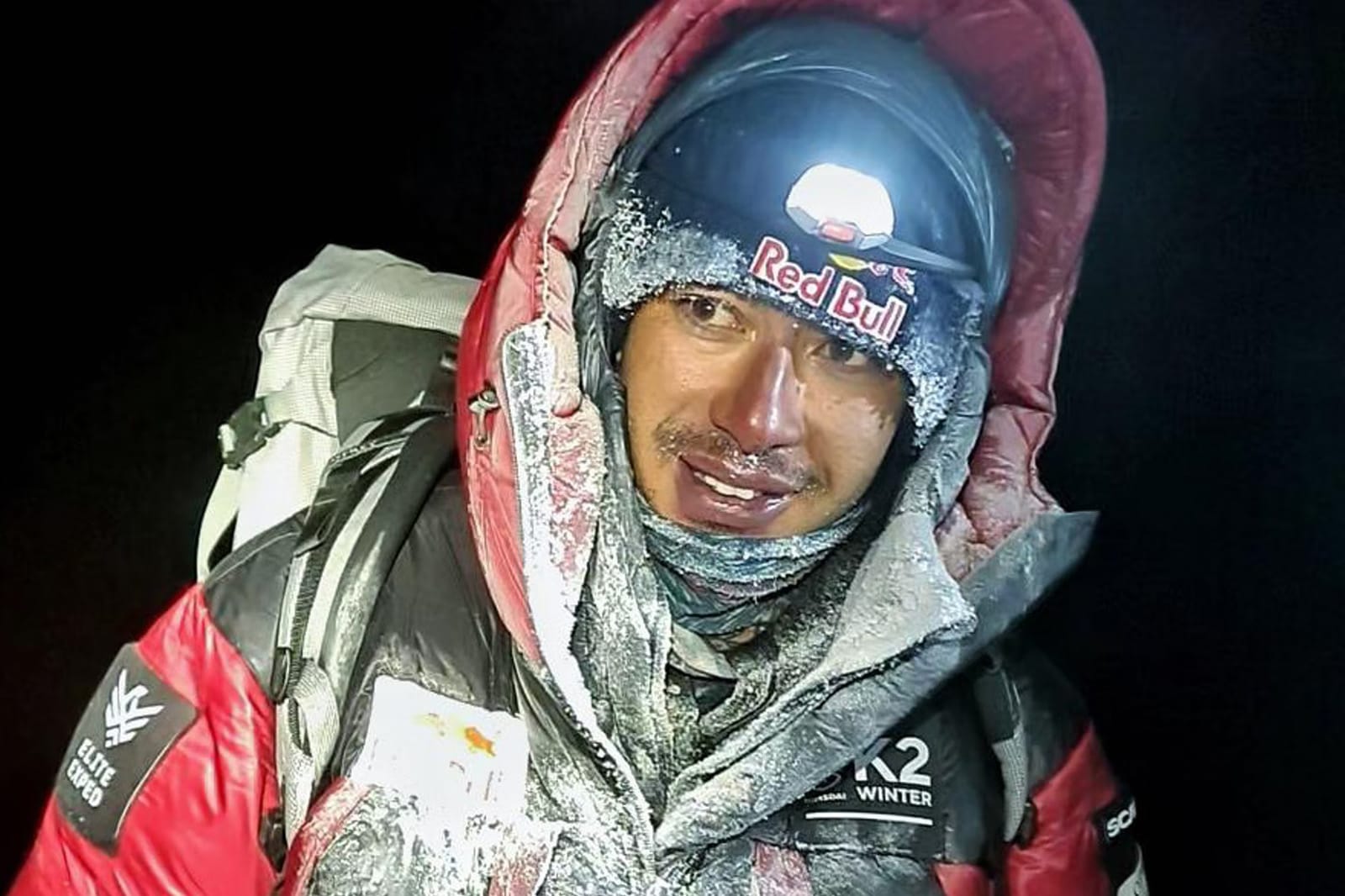 Now, it’s no secret that Nims has a tie to the watch world as the mountaineering ambassador for Montblanc – rumour has it that he was introduced to the German brand by climbing legend Reinhold Messner – and we being a watch magazine, it’s worth touching on. That’s especially true as until relatively recently, Nims worked with Bremont.

“I don’t care about money, but I also don’t like being taken advantage of and so far working with Montblanc has been great. I really do take pride in my new watch and the respect we give each other. I don’t need billions, I just need respect.” 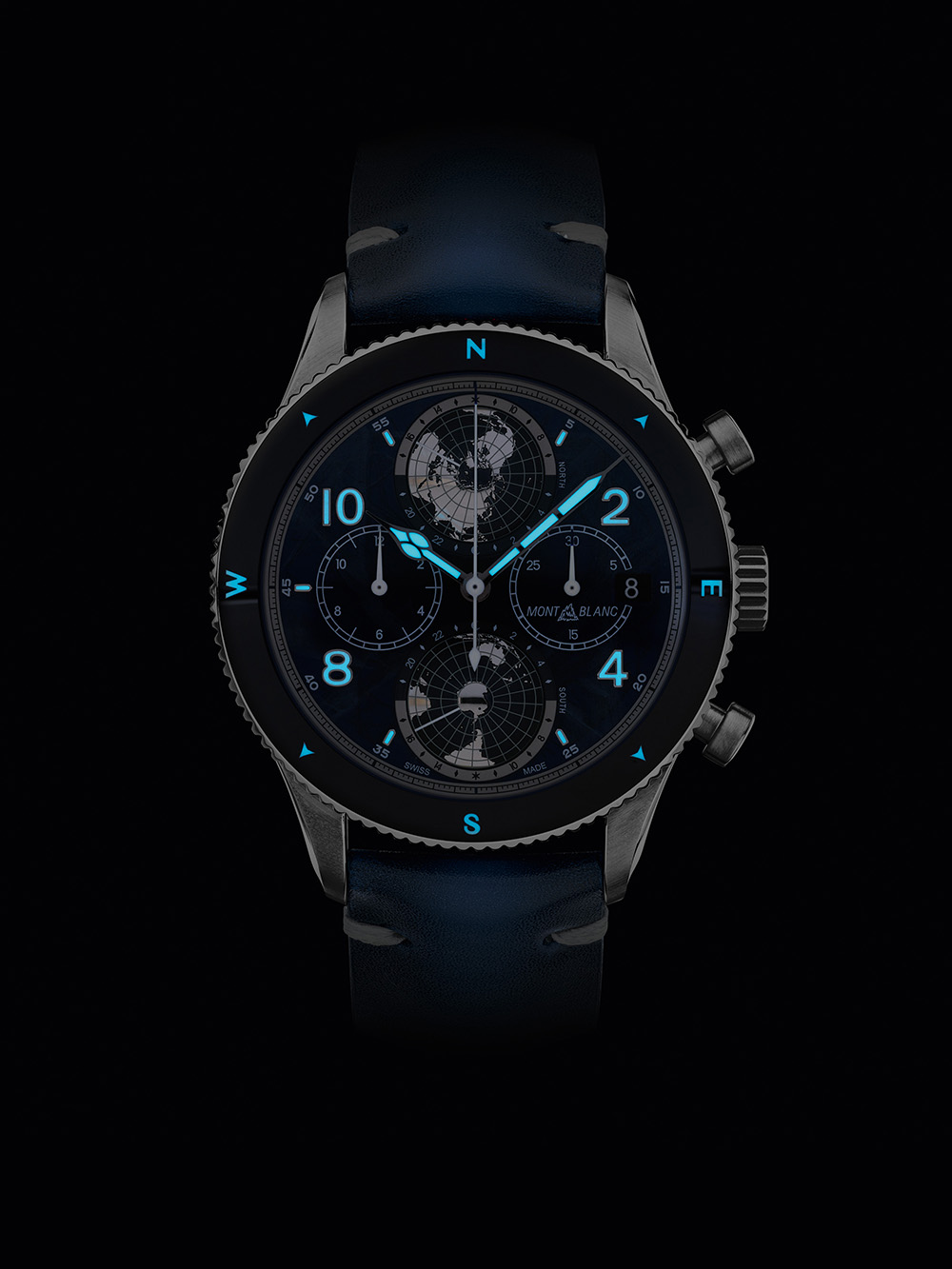 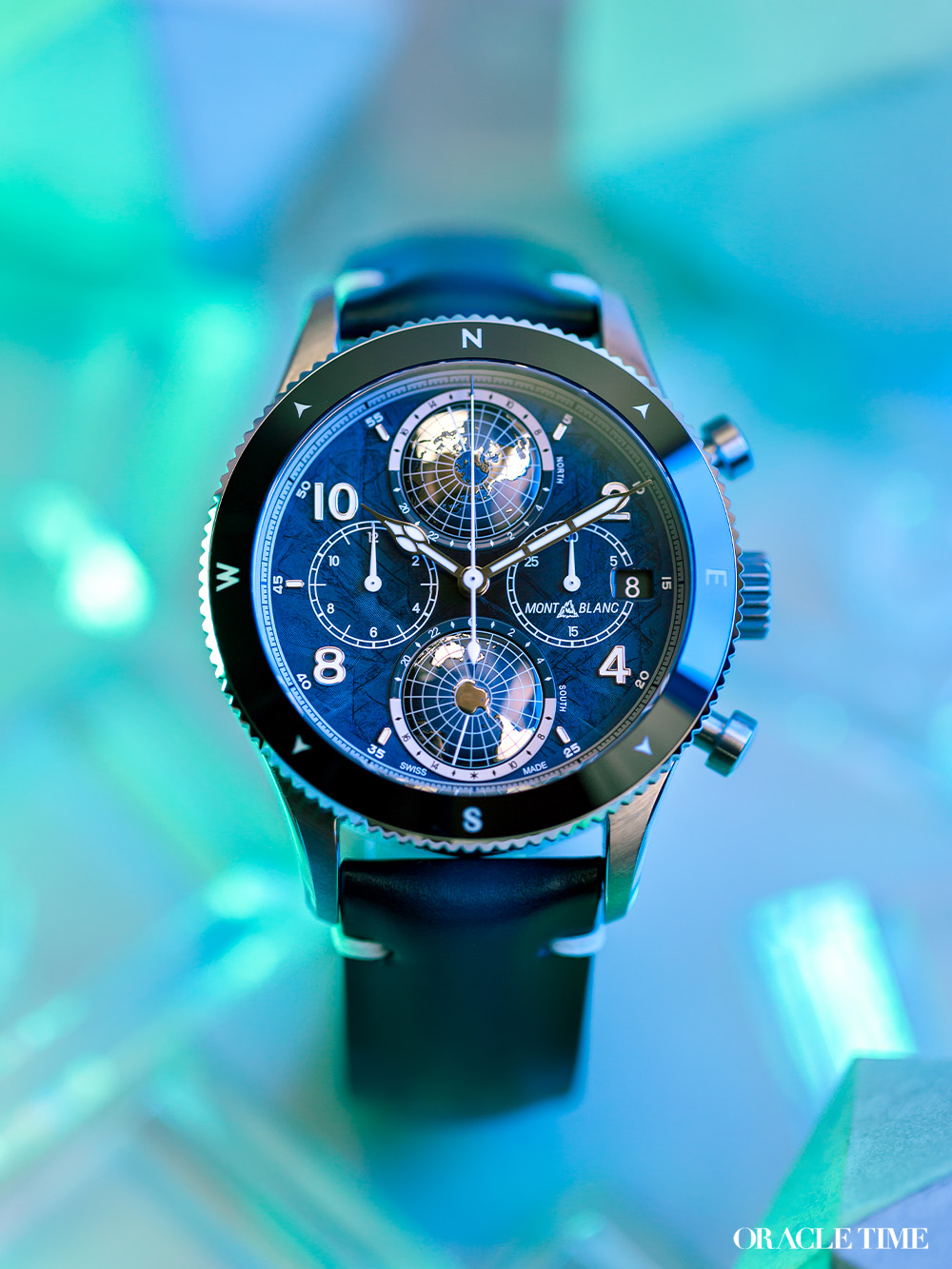 It’s a mutual respect that’s already seen Nims break a record summiting Everest back in May with a shiny new Montblanc on his wrist – where the 1858 Geosphere Chronograph 0 Oxygen is designed to thrive. You can be pretty sure we’ll see it summiting again soon, too.

“The funny thing about world records is you can break one walking in the park. Nobody has done Everest and Lhotse in one day in the off-season. I did that guiding, while taking care of other climbers and didn’t really talk about it. Breaking records can be done in a subtle way (and I’m not making a movie about that because it’s not big enough)… but stay tuned.”

Find out more about Nimsdai Purja and his adventures here.