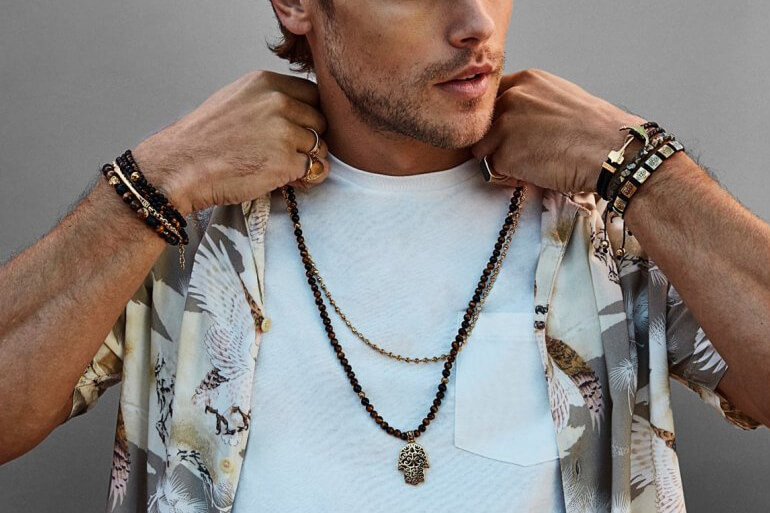 The humble garage is a marvel. It’s where inventors have tinkered us into new ages, cars have been fine-tuned into petrol-fuelled beasts and, in the case of Nialaya, it’s where one of LA’s most thought-provoking jewellers created their first pieces.

That said, the Nialaya story goes back a little bit before designer Jannik Olander shut himself up in his Hollywood Hills home to create his first collection. It begins half the world away in fact, in coastal India where, being the culturally bohemian guy he is, Jannik visited a local shaman named Nialaya. Far from the usual affected feigning of spirituality however, it was life-changing.

He was told that he should pursue his dreams, dropping the pursuit of monetary gain in favour of doing what he was passionate about. Now, most of us would probably nod, agree then promptly forget about the whole experience as soon as we were back on home soil. Not Jannik. It was this newfound sense of purpose that saw him holed up in his garage building the first Nialaya collection. 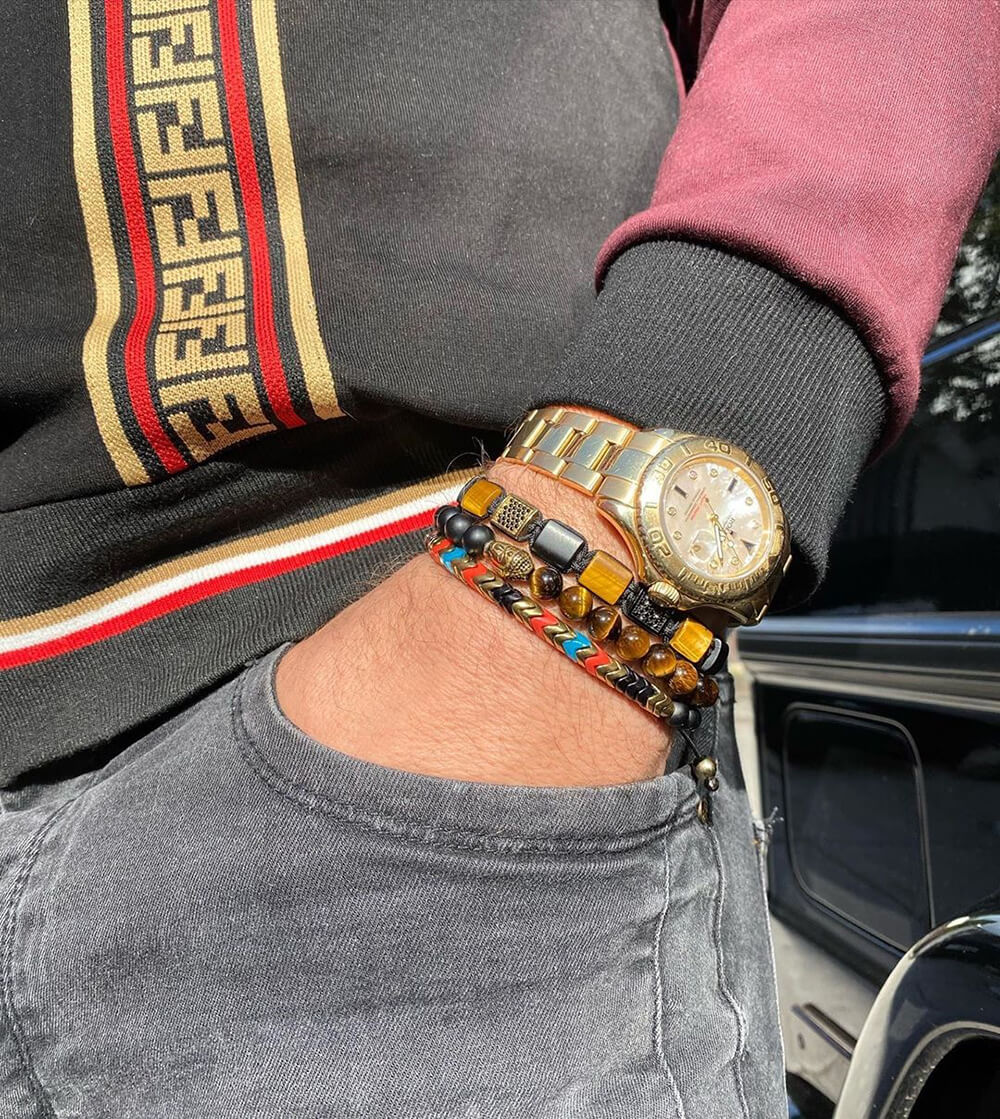 “Handmade in Hollywood” is a nice tagline, but it only explains a part of what Nialaya is. Sure, the artisanal quality is incredibly important, and ties into the personal, personable nature of the jewels, but the core aspect of the brand is spirituality.

Semi-precious stones have been selected for their healing powers, while the finished pieces are purified with a cleansing sage. They are part bright, playful pieces of jewellery and charms to promote a spiritual sense of holistic wellbeing. You can see why that first collection was an immediate hit with the Beverly Hills set. 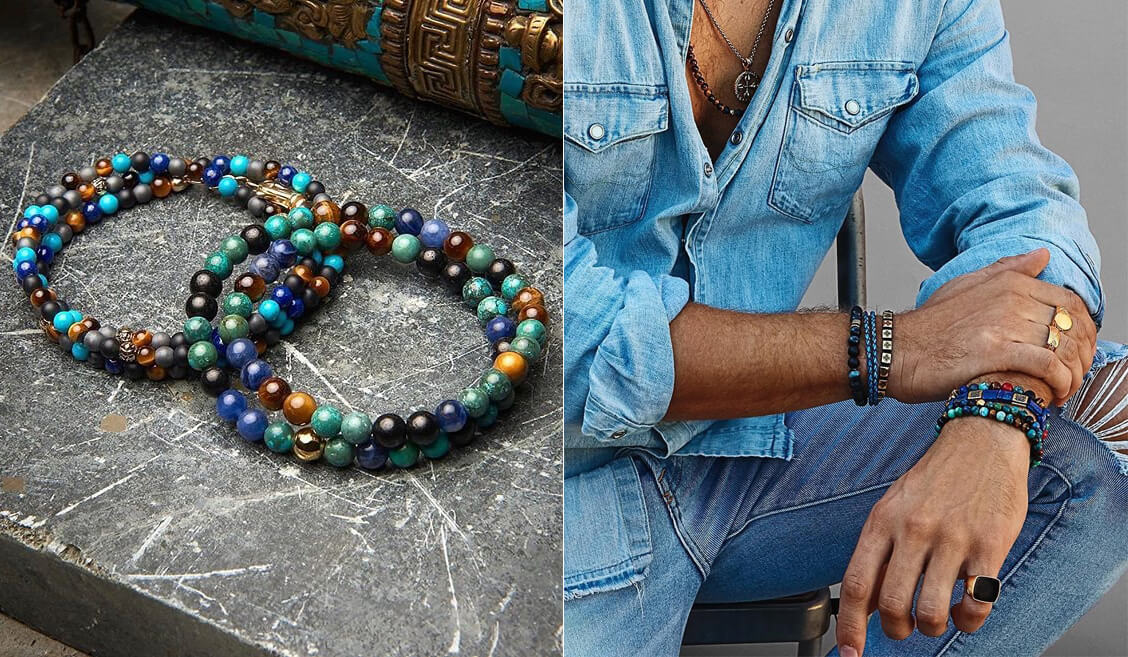 Now, after more than a few Hollywood celebrities took a shine to Nialaya’s unique sense of spirituality, Jannik’s no longer stuck in his garage. He’s continued designing of course – this is the passion he dedicated himself too, after all – but from the brand’s Melrose Avenue atelier, sending his collections across the world.

Since that first seminal collection, Nialaya has introduced plenty of gold to their collection, but the semi-precious stones remain the focal point of what they do. Bracelets made of lapis lazuli or red jade, warding evil eye pendants crafted from turquoise, signet rings set with huge pieces of tiger eye, the stones are inseparable from Nialaya’s identity as a jeweller. 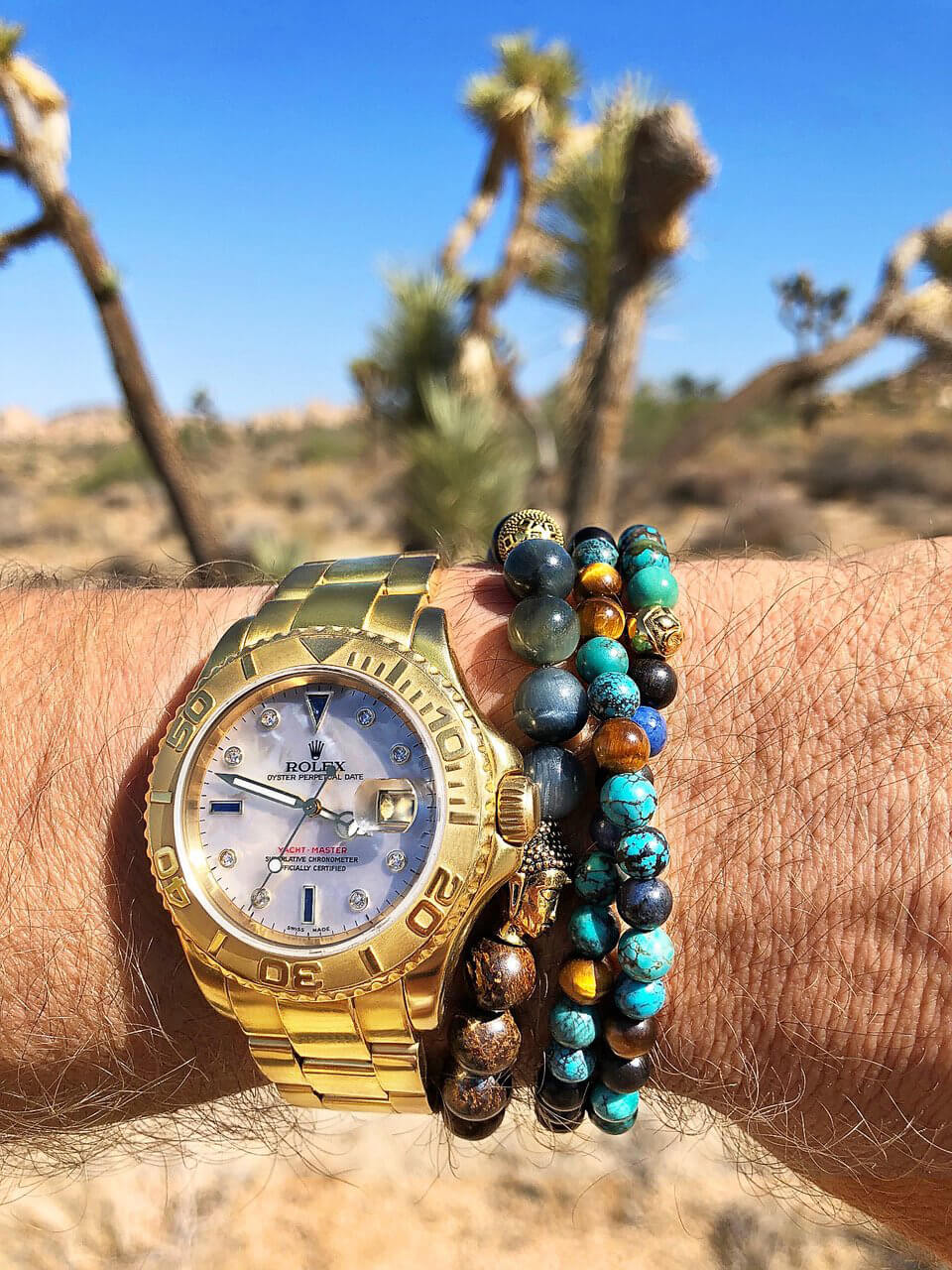 Everything from agate to white sea pearl has it’s own characteristics, it’s own relationship with spiritual wellbeing and personality traits its associated with. Knowing what these are –  serenity, wisdom and power for aventurine or harmony, courage and self-esteem for opal – means that you can choose the stones according to what you need in your own life. Alternatively, you can choose them because they’re simply stunning. It’s entirely up to you.

In pursuing a dream, Jannik’s come a long way from his garage and, along with him, brought a unique sense of spirituality to fine jewellery. That his pieces are also among the most colourful, captivating pieces in Hollywood is simply a bonus.