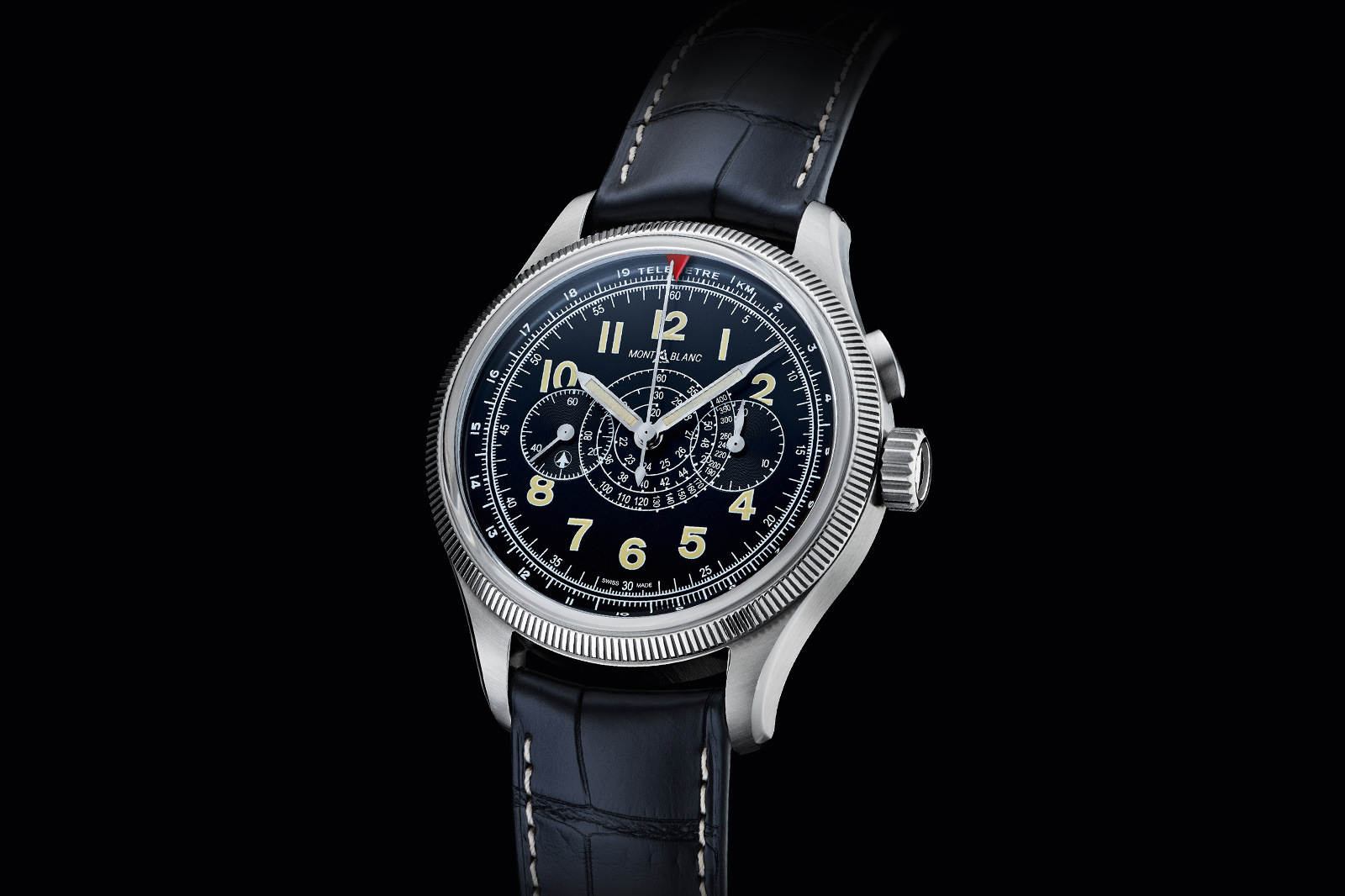 When Montblanc decided to get into the watch game they did so in a big way – by purchasing heritage manufacture Minerva. Rather than rebrand it entirely however, Montblanc are paying homage to the factory’s history, first with the Minerva Unveiled Secret and now with an ode to Minerva’s aviation timepiece history with the 1958 Minerva Red Arrow Monopusher Chronograph LE88.

There are two historic Minerva elements that are central to the new watch: the 1927 internal rotating bezel stopwatch function and the 1939 external rotating chronograph bezel with fluting. For 2022, both of these innovations have been combined into a single fluted, white gold, bi-directional rotating bezel that operates the titular red arrow marker, which occupies the position of an internal bezel. 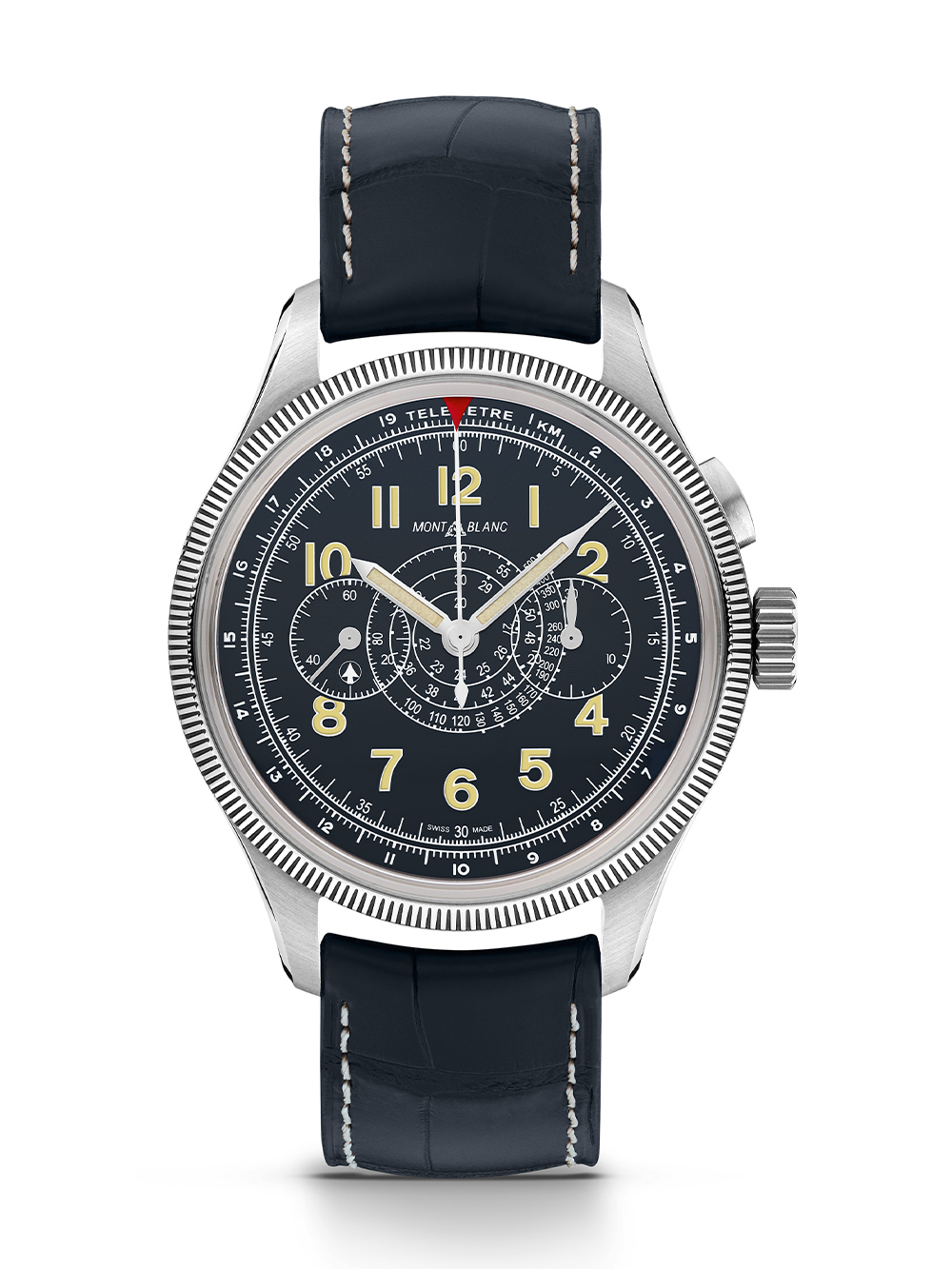 Essentially, by rotating the bezel you can move the red arrow – Minerva’s signature symbol based on the Roman Goddess Minerva – around the periphery of the dial. It can function as either a starting point from which to measure elapsed time in the manner of a chronograph or by setting it ahead of the current time it’s a marker for a countdown timer. So not only is it a versatile complication but also it’s mechanically similar to both the 1927 and 1939 innovations and provides the same functionality.

Plus, it adds a super tactile element to the watch. That tactile nature also extends to the 42mm stainless steel case with its monopusher chronograph pusher. On the top it has a box sapphire crystal while the caseback bears an engraving. 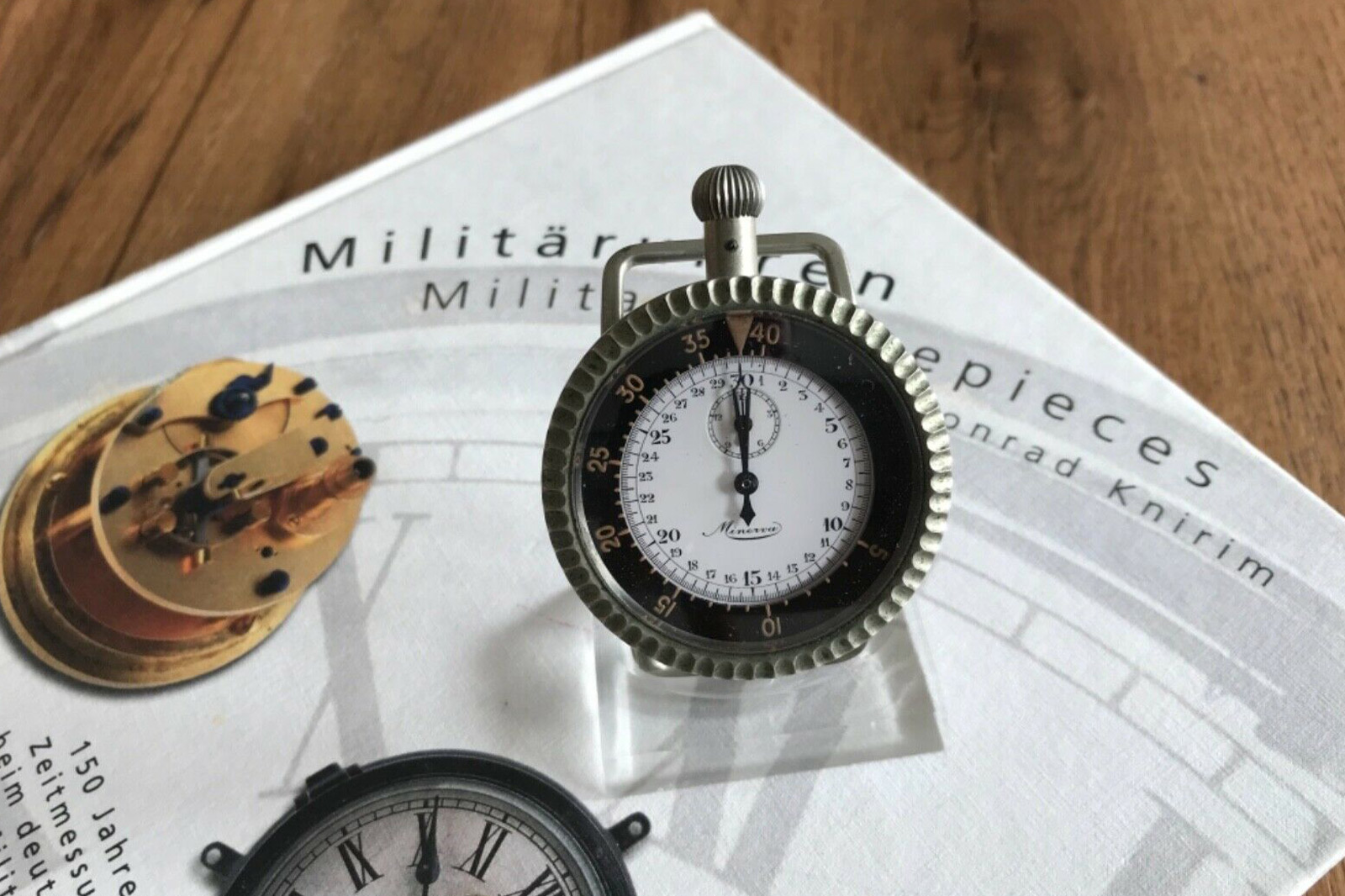 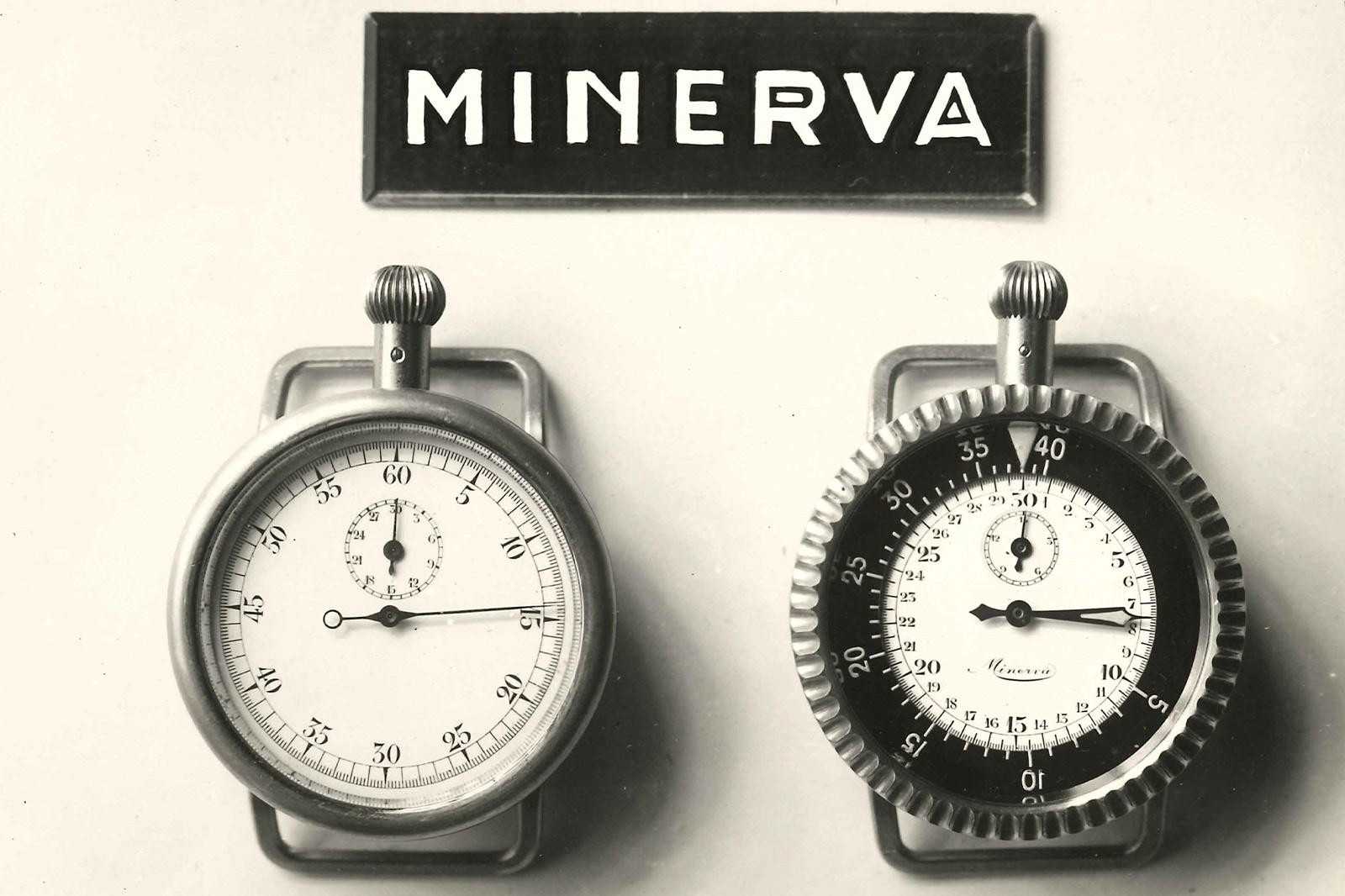 As for the dial, it’s the classic Montblanc split seconds chronograph display that they’ve used on watches like the Lime Gold Chronograph. However, here, it sports a black base dial with white scales and cream Arabic numerals coated in lume. The overlapping scales and subdials do look a bit too busy in my opinion but the overall legibility is fine and in keeping with its retro pilot’s watch appeal. 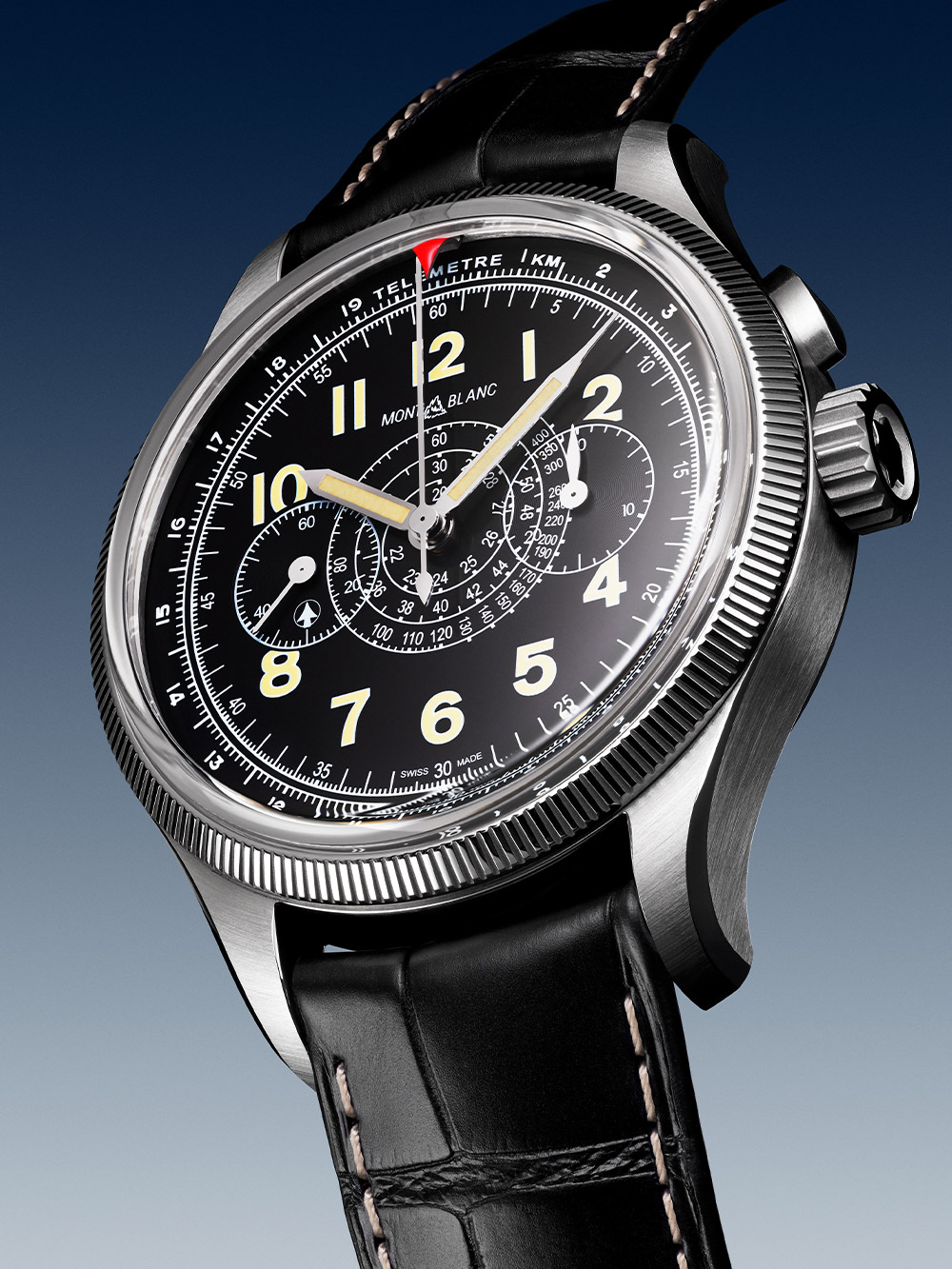 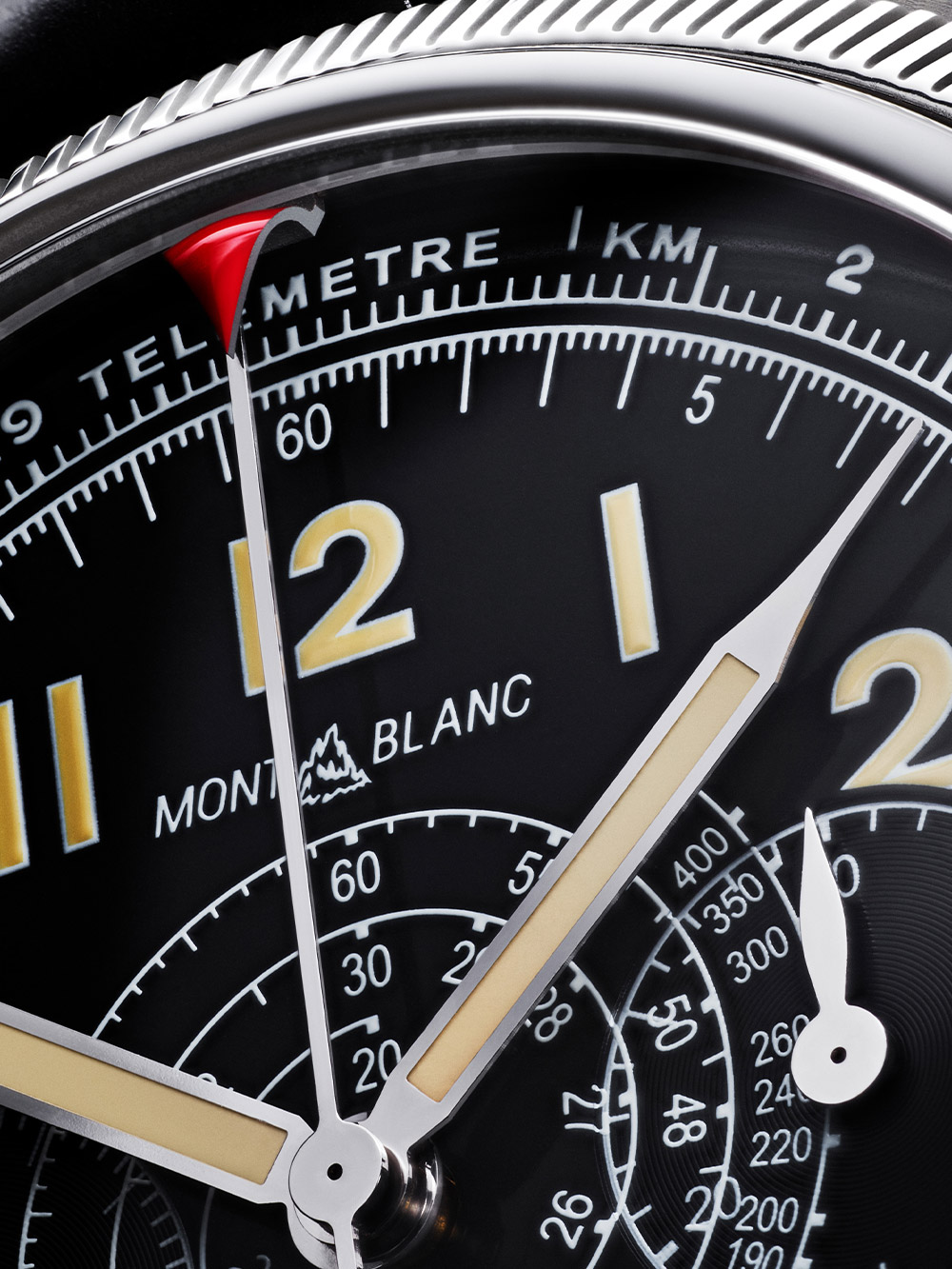 The 1958 Minerva Red Arrow Monopusher Chronograph LE88 houses the MB 13.21 split seconds chronograph movement. It’s based on the heritage 19.09 calibre and has the signature V shaped bridge. Specs-wise it has a 60-hour power reserve and an in-house hairspring. It operates central hours, minutes and chronograph seconds along with a small seconds subdial and a 30-minute timer.

In the UK the term “Red Arrow” already has a strong association with aviation and while this watch has nothing to do with the famous squadron, its red arrow is just as inclined to the air. Only 88 1958 Minerva Red Arrow Monopusher Chronograph LE88 will be produced, making it a cool and exclusive timepiece.