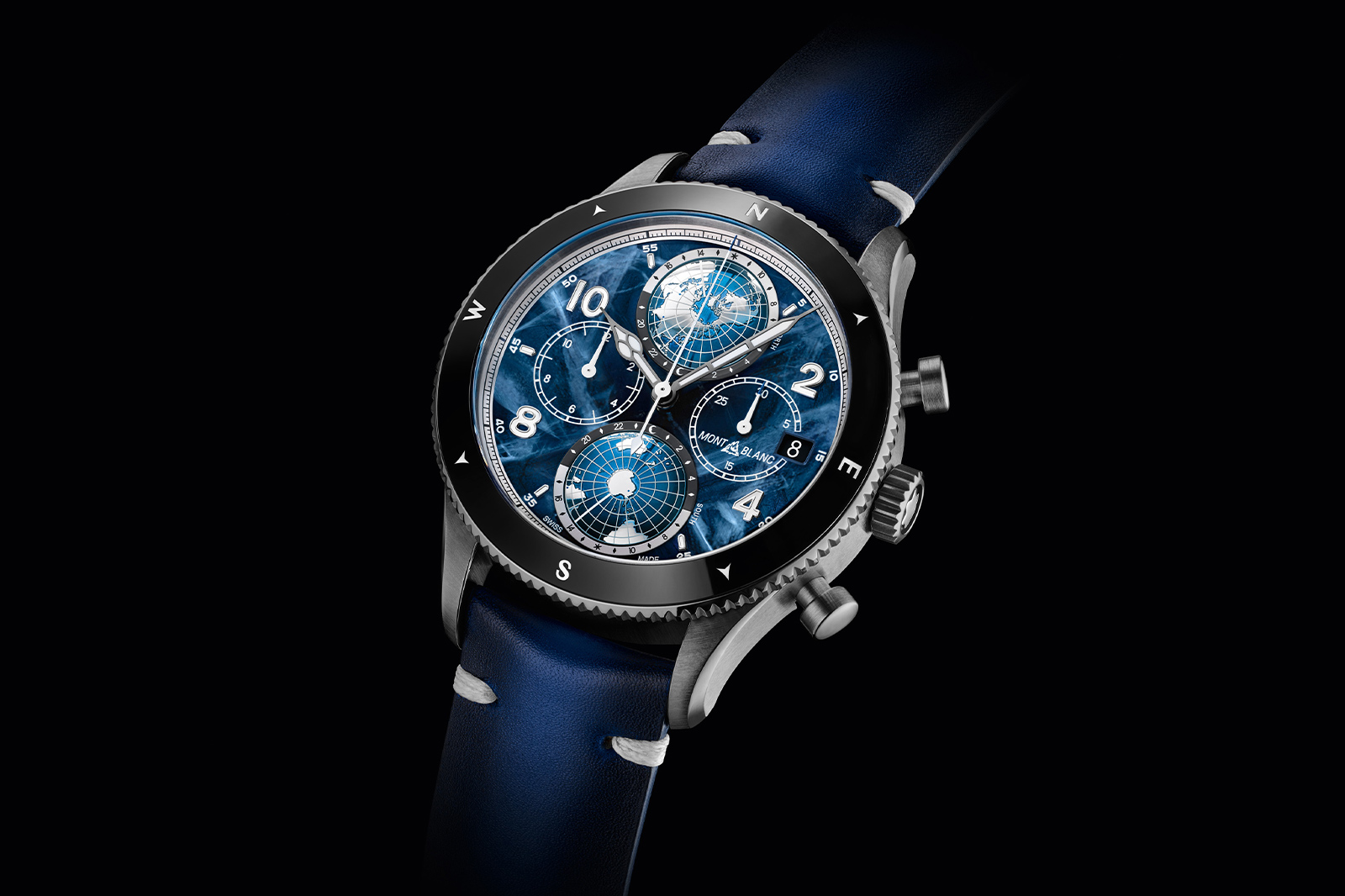 There are a few situations where you really, really, really don’t want your wristwatch to fail. Fortunately they’re not situations that many of us will regularly find ourselves in, if ever, such as going into space or diving several hundred meters under the sea. However, one equally challenging environment that anyone has access to is mountaineering and hill walking. And Montblanc’s new Geosphere Chronograph 0 Oxygen has been designed to complete the ultimate mountaineering test, ascending Mount Everest. Oh, plus it’s the first Geosphere with a chronograph function.

First and foremost, it’s a great looking watch. It has a 44mm titanium case that’s super lightweight and utilitarian in its simplicity, which is also true of its satin finished black ceramic bezel. However, while the case is minimalistic, the dial is an incredibly pleasing visual riot. 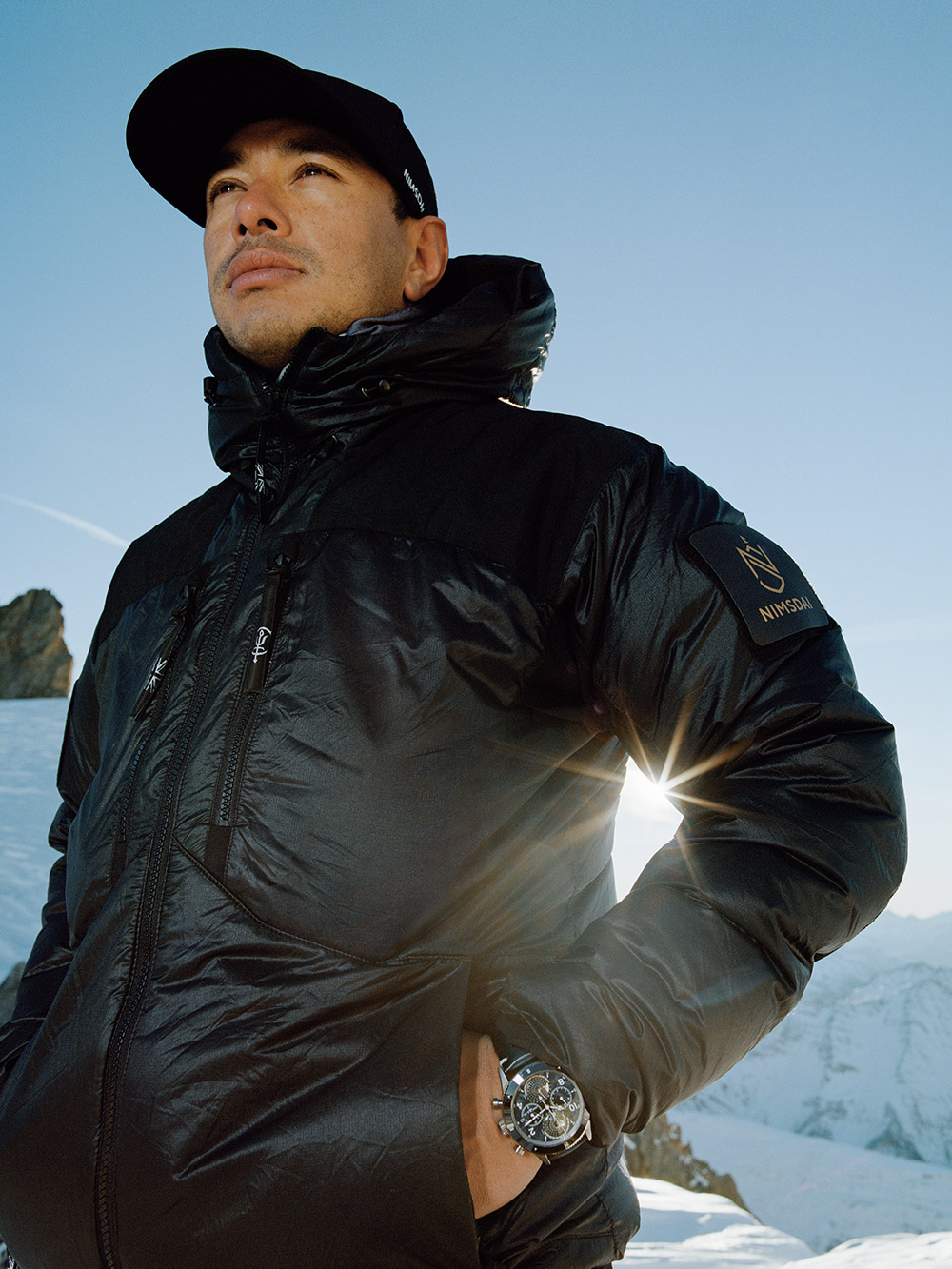 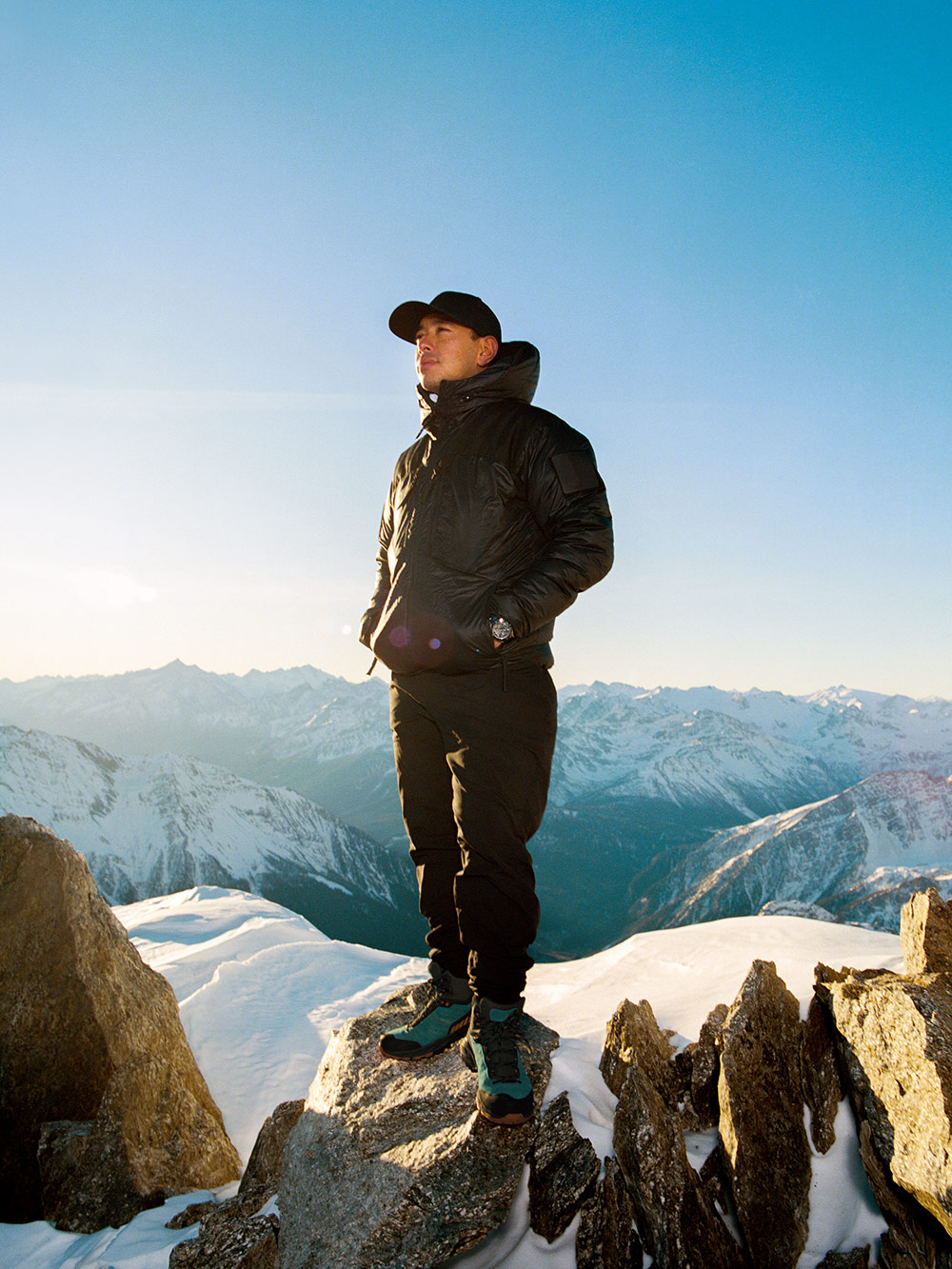 Justifiably dominating the display are the iconic double hemispheres of the Geosphere’s world time function. Accompanying them for the first time are the bicompax 12-hour and 30-minute counters of the watch’s chronograph complication that’s completed by a central chronograph seconds hand. Usually we think of chronographs timing split seconds in a race and while split seconds can make a huge difference on a mountain, timing those longer intervals such as when you should be taking rest breaks is also vital. 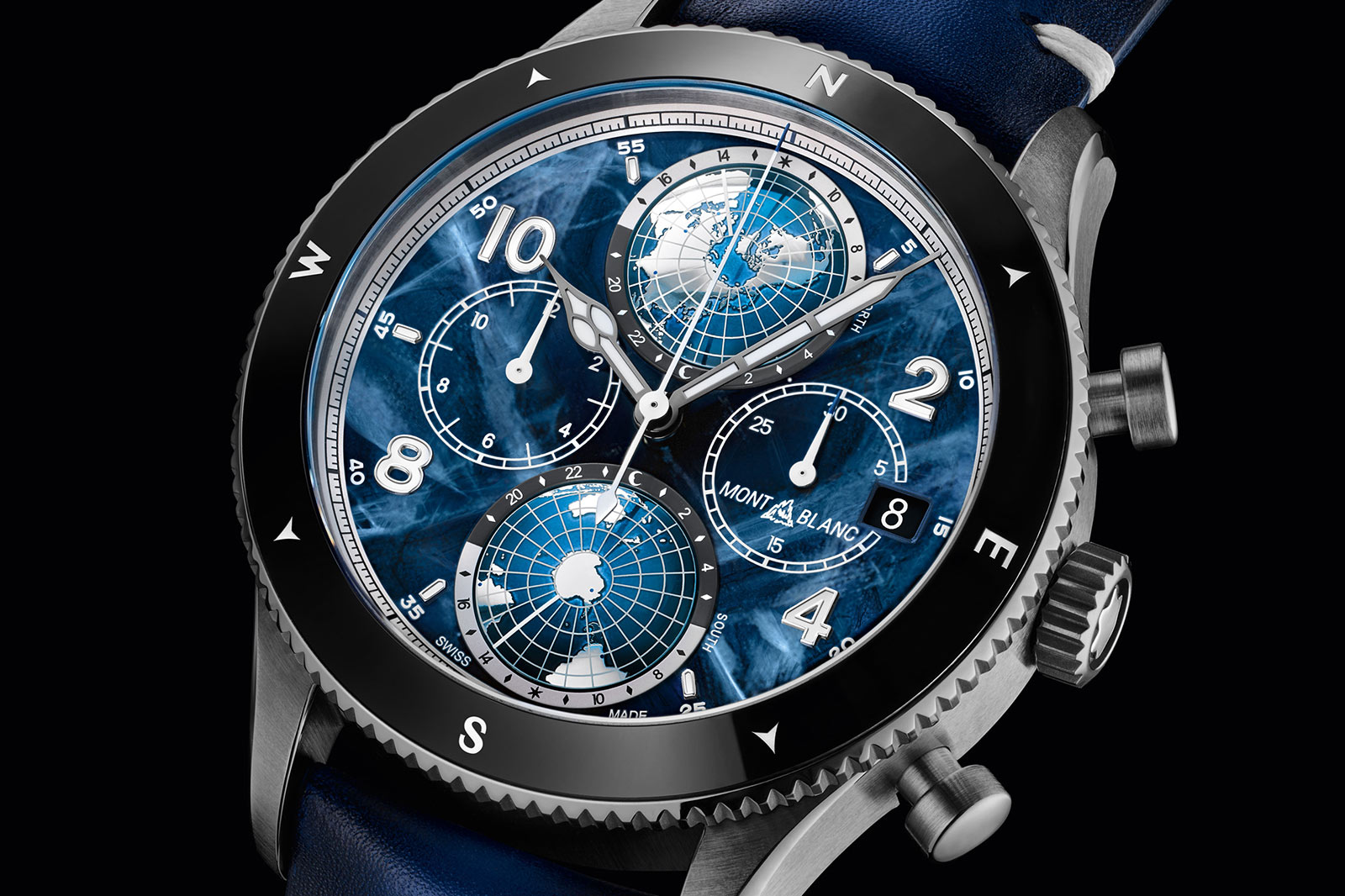 Looking past the technical details of the dial, the various scales and large, lumed indexes and the actual pattern of the dial are also beautiful. It’s a faintly magical mixture of blues and whites that creates an image of ice forming in water, the crystals just taking shape.

Beneath the icy surface of the Geosphere Chronograph 0 Oxygen is a brand-new movement from Montblanc, the MB 29-27 automatic with 46-hour power reserve. Not only is it the first Geosphere calibre with a chronograph function, but also it contains precisely zero oxygen – hence the 0 Oxygen title in the watch’s name. Your first reaction upon reading this is likely to be similar to my own, “So what?” A movement containing no oxygen doesn’t sound that impressive because it’s not a total vacuum, there’s still air in it. 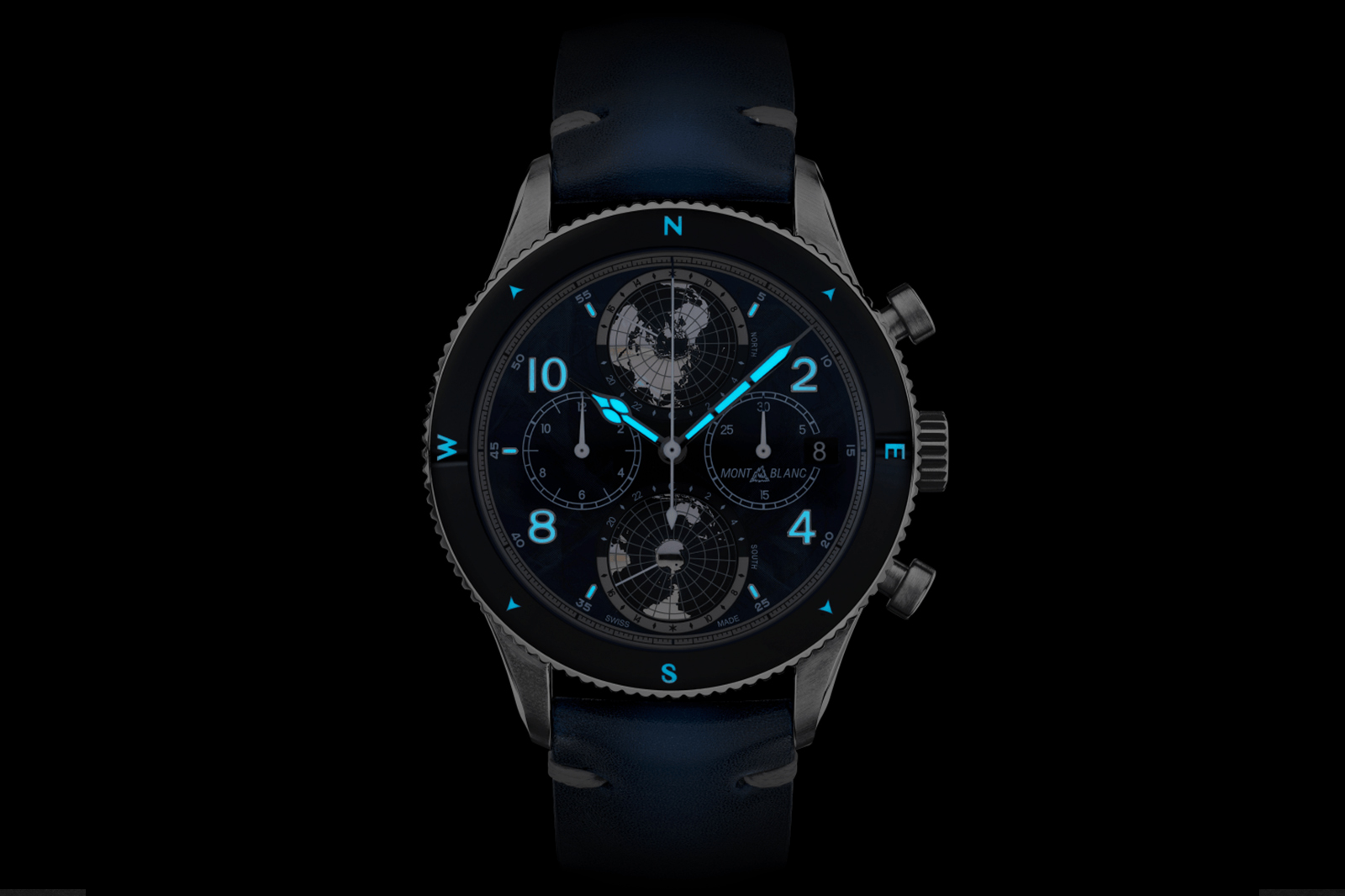 However, when you think about the specific challenges of mountaineering, it all makes sense. High altitudes are prone to dramatic shifts in temperature due to the thinner atmosphere, making fogging in your wristwatch an issue – if there’s no oxygen to form water vapour then there’s no fog. The other major thing is that without oxygen the metal parts of the movement physically cannot be oxidised and weakened. 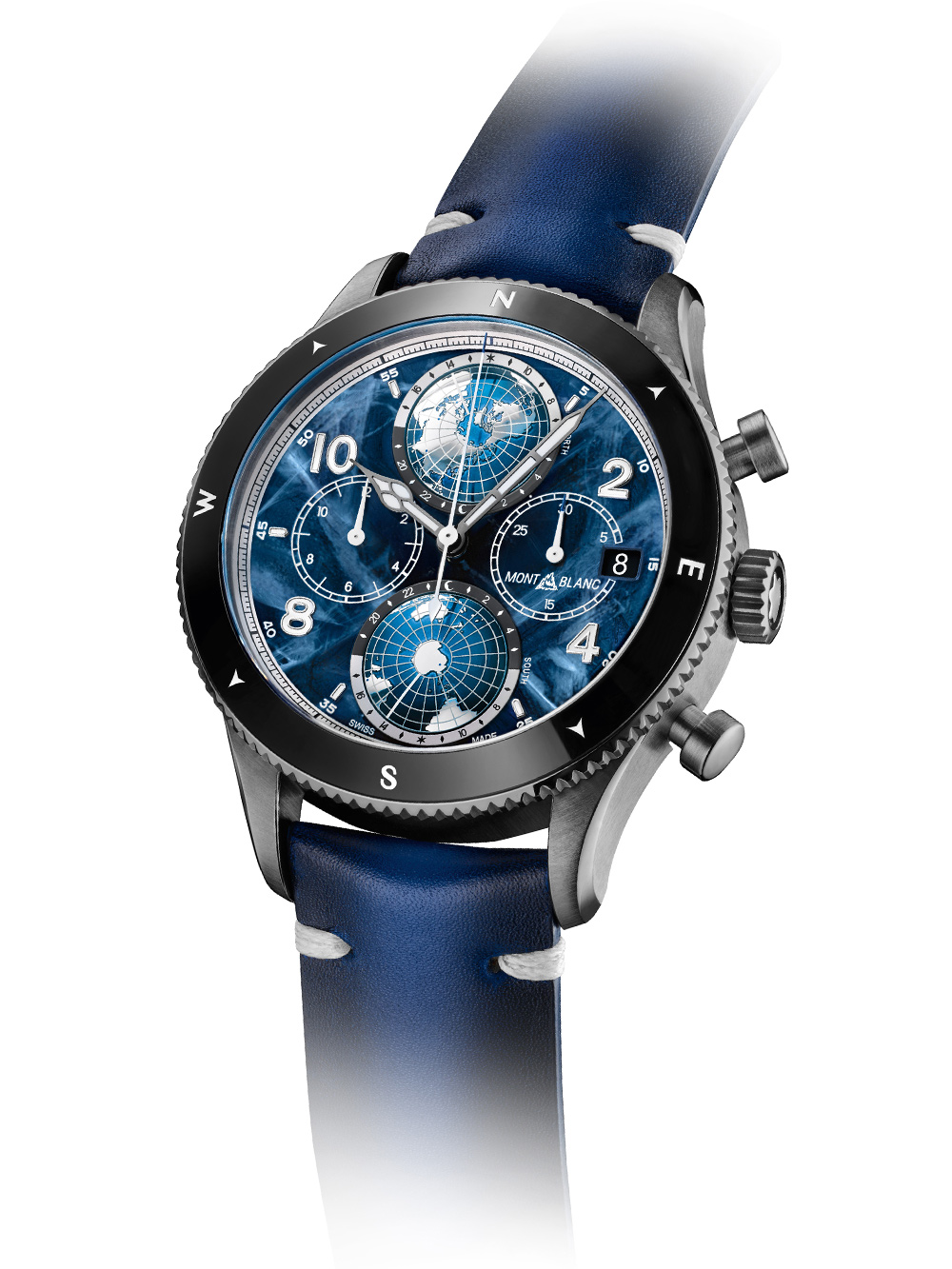 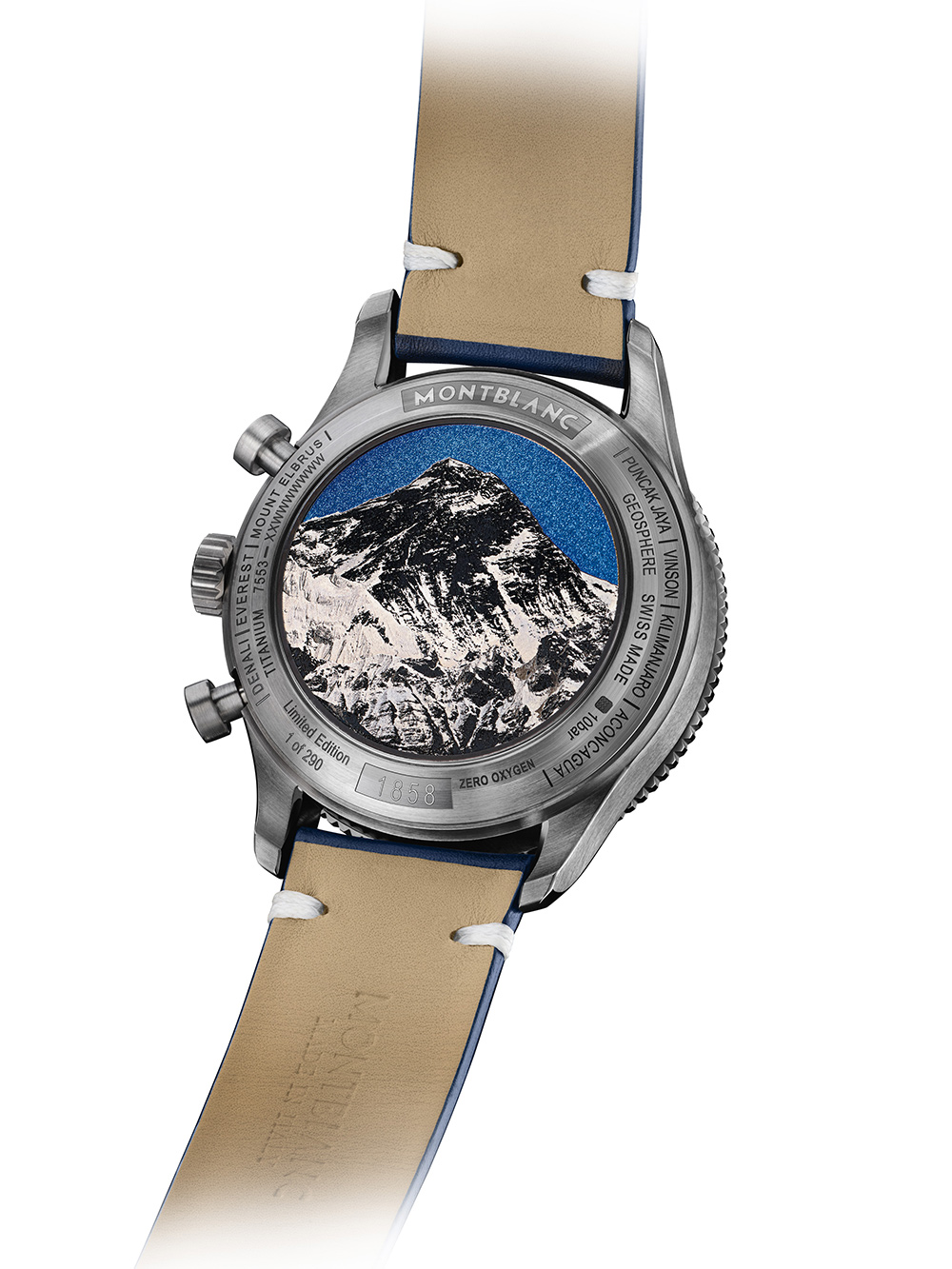 In May 2022, the Montblanc Geosphere Chronograph 0 Oxygen will be put through its paces when Nimsdai Purja wears one on his expedition to the peak of Mount Everest. For the rest of us, the watch is limited to 290 pieces.