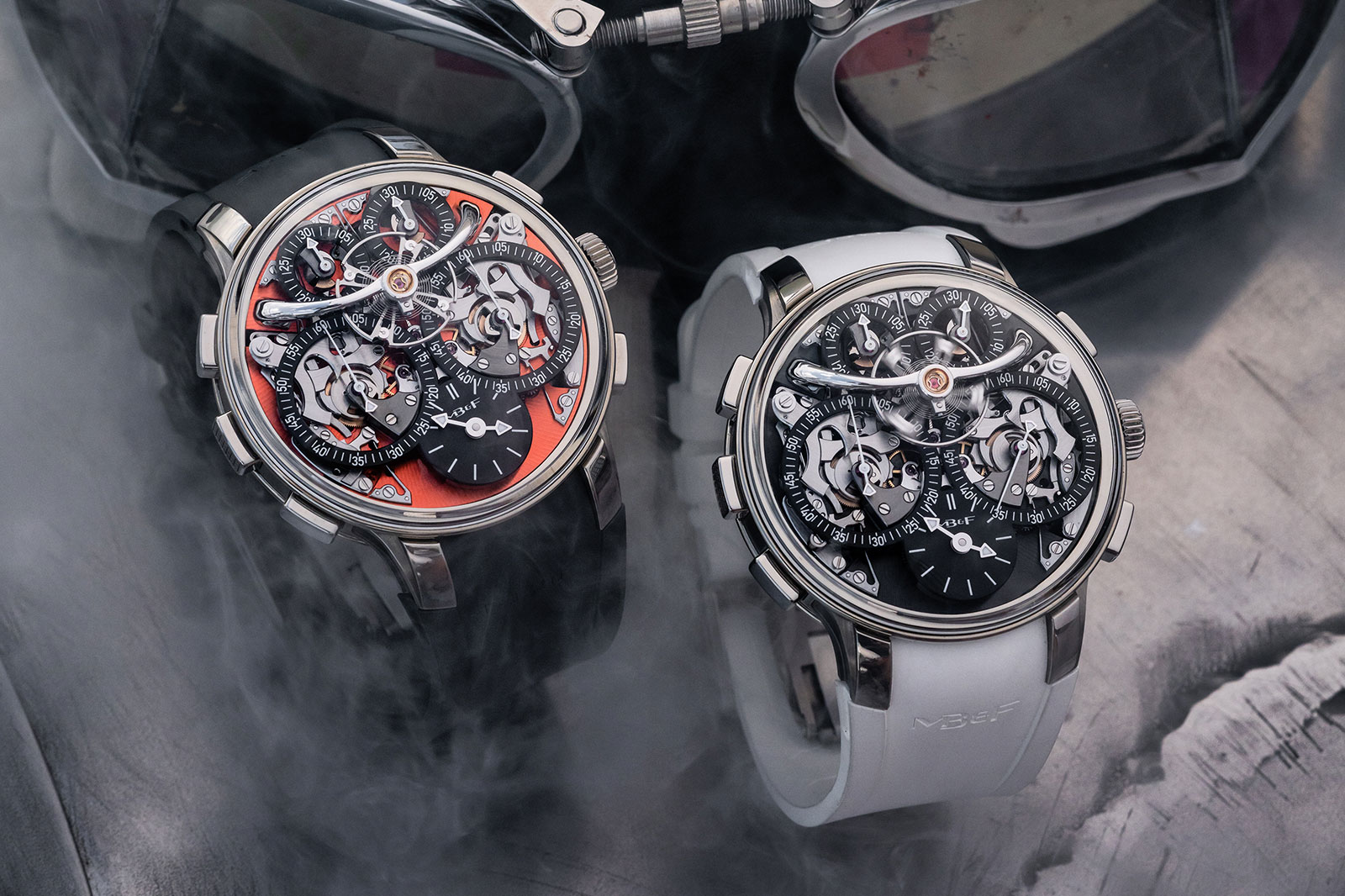 To call MB&F over achievers is just scratching the surface. The collaborative project masquerading as a watch brand is one of the most iconoclastic hubs of haute horology, with founder Max Büsser’s surreally imaginative approach to watch design building a unique, if divisive collection of timepieces.

But building a watch shaped like a space chariot is one thing; getting a movement to fit in it is something else entirely. By the time you’ve forced a third party’s triangle into that square hole, you may as well built a whole new movement – which is precisely what MB&F have been doing over the past 17 years. 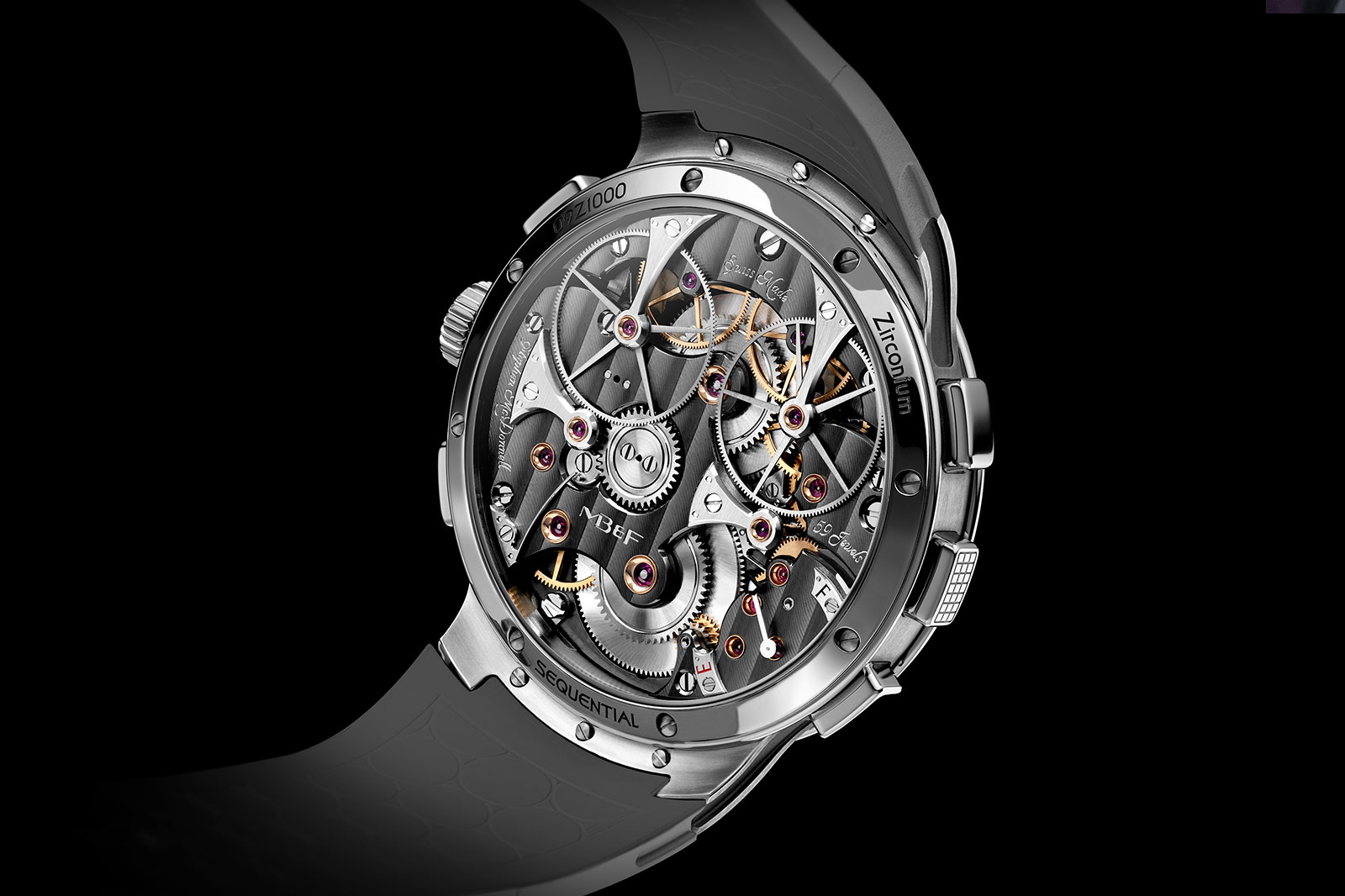 For every fever dream of a Horological Machine and new, ever more minimal take on the Legacy Machine’s floating balance wheel, there’s an entirely new calibre. In fact, over the past 17 years, MB&F have designed, prototyped and built a staggering 20 movements. That’s insane. Strangely enough though, it’s taken until that 20th calibre for MB&F to do something as prosaic as a chronograph.

Not that the Legacy Machine Sequential EVO is prosaic in the least; it’s still an MB&F and those three letters stand for anything but your standard complication. Instead, you have one movement powering two chronographs. Over achievers is right. 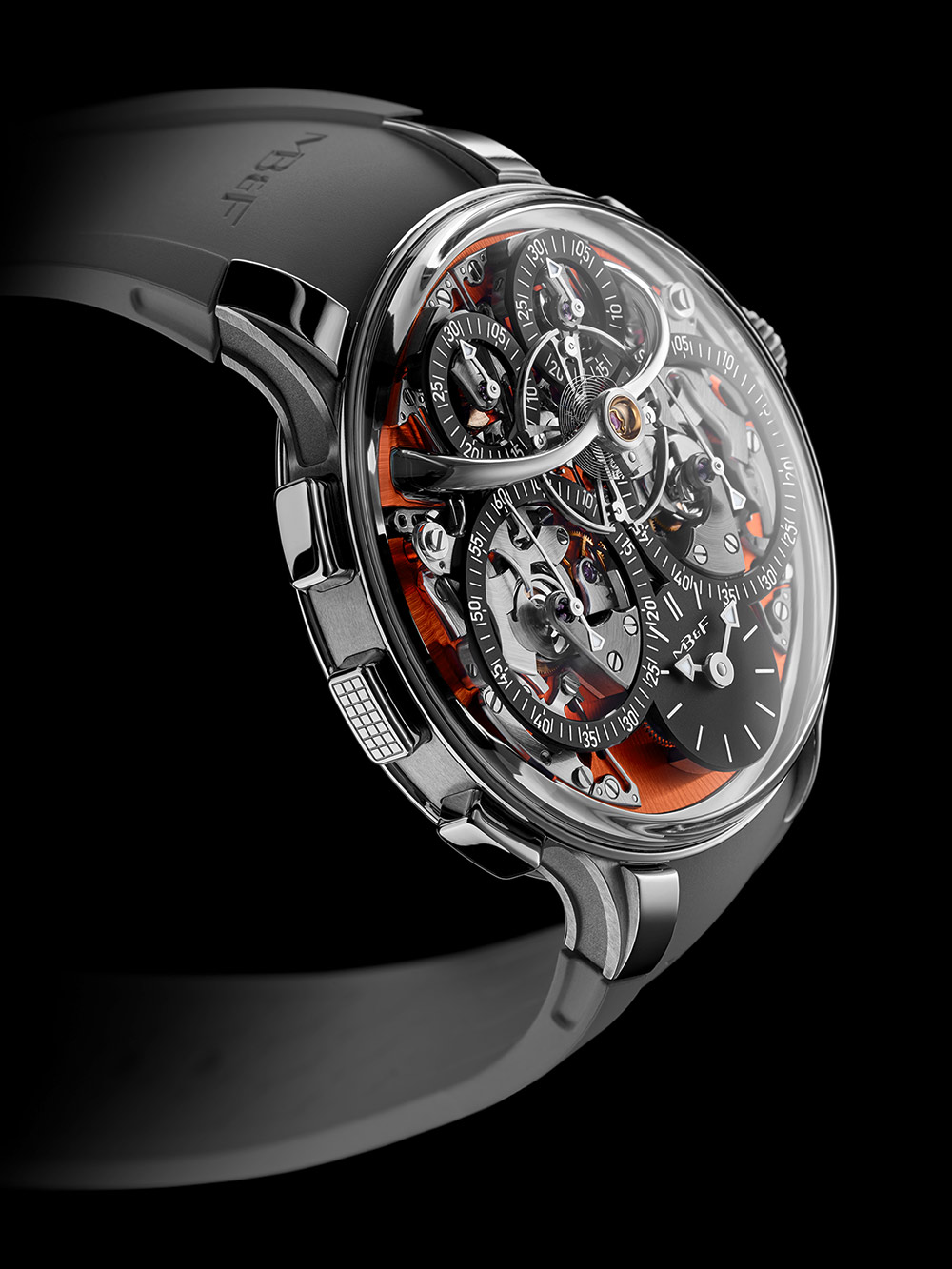 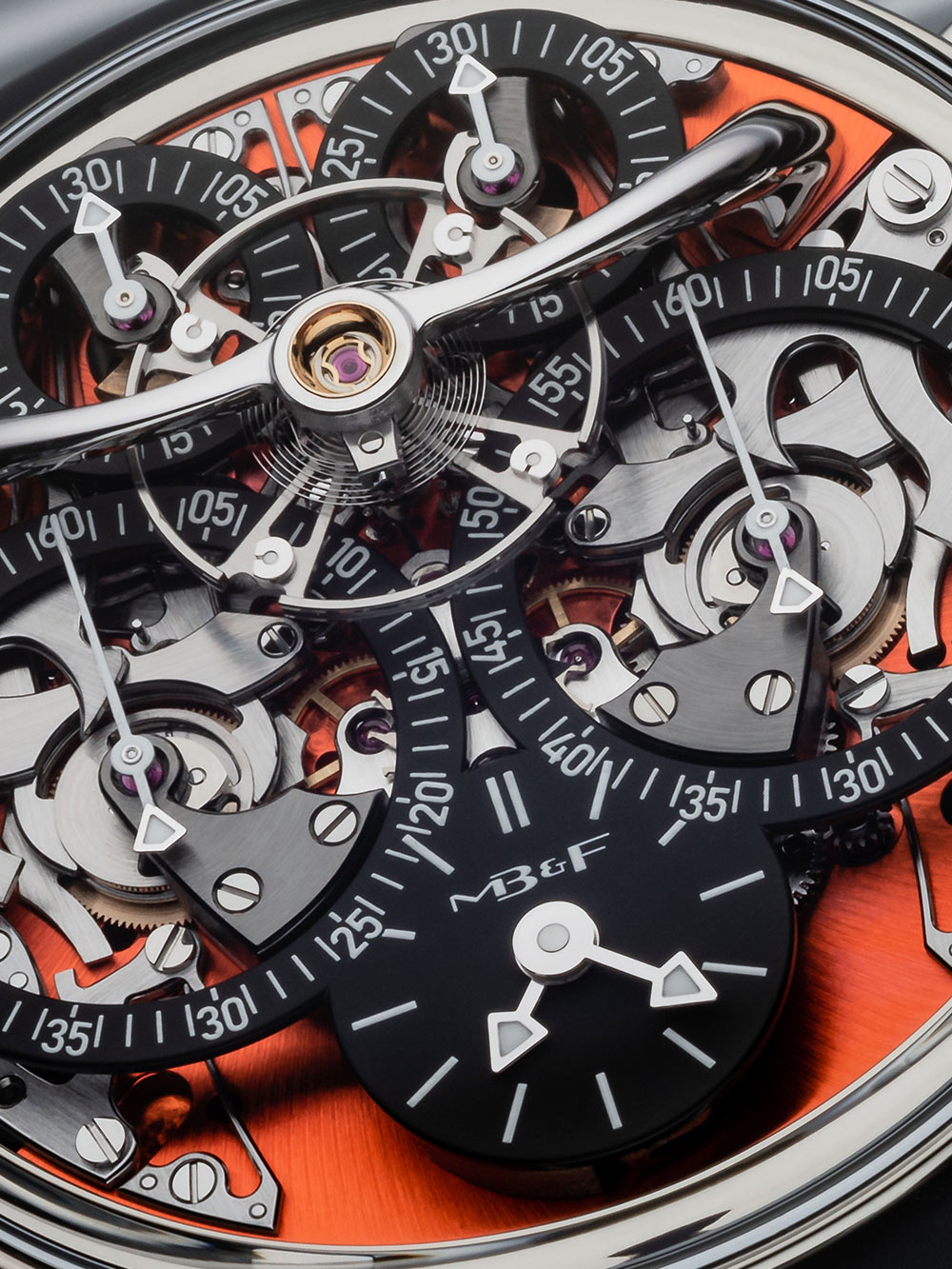 This isn’t the first time we’ve seen a dual chronograph of course; one of the more recent examples has been courtesy of equally Avant Garde though far less prolific watchmaker Cyrus. And yet, while previous dual chronographs have let you time two events separately across two independently operable chronographs, MB&F’s Legacy Machine Sequential EVO has a major difference.

That difference has been dubbed the ‘Twinverter’, which is just a slightly painful name for a joint on / off switch. It can start both stopwatches at once; it can stop both stopwatches at once. Or, like a chess clock, can switch from one running chronograph to the other. It makes what is often a novelty complication far, far more useful, not to mention incredibly impressive. 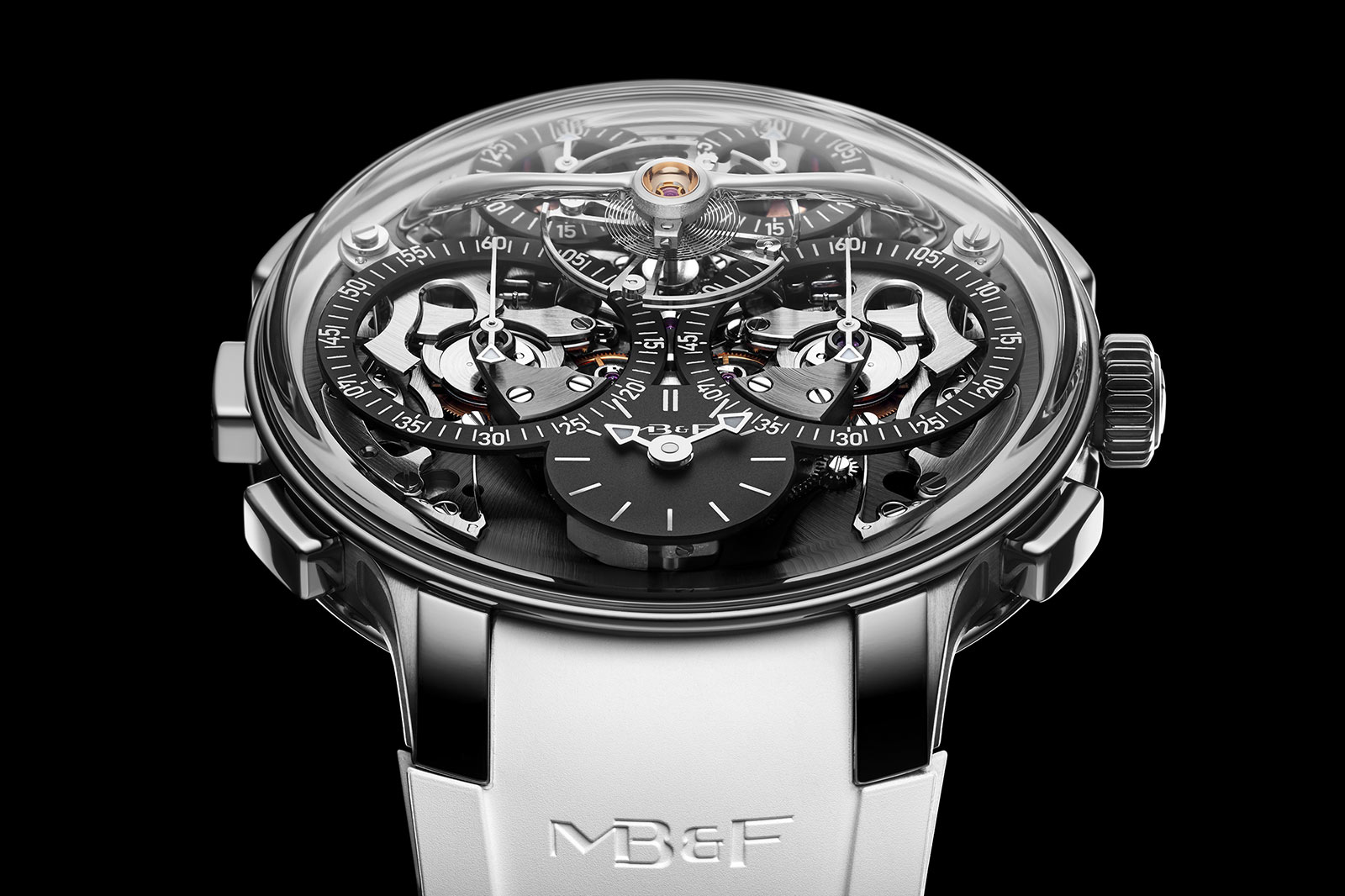 Yes, the LM Sequential EVO is MB&F’s first chronograph, but it’s very much an MB&F chronograph. It’s also a world apart from the usual aesthetic of the Legacy Machine. To see such a technical feat fit into what’s traditionally been MB&F’s answer to classical watchmaking is a surprise. 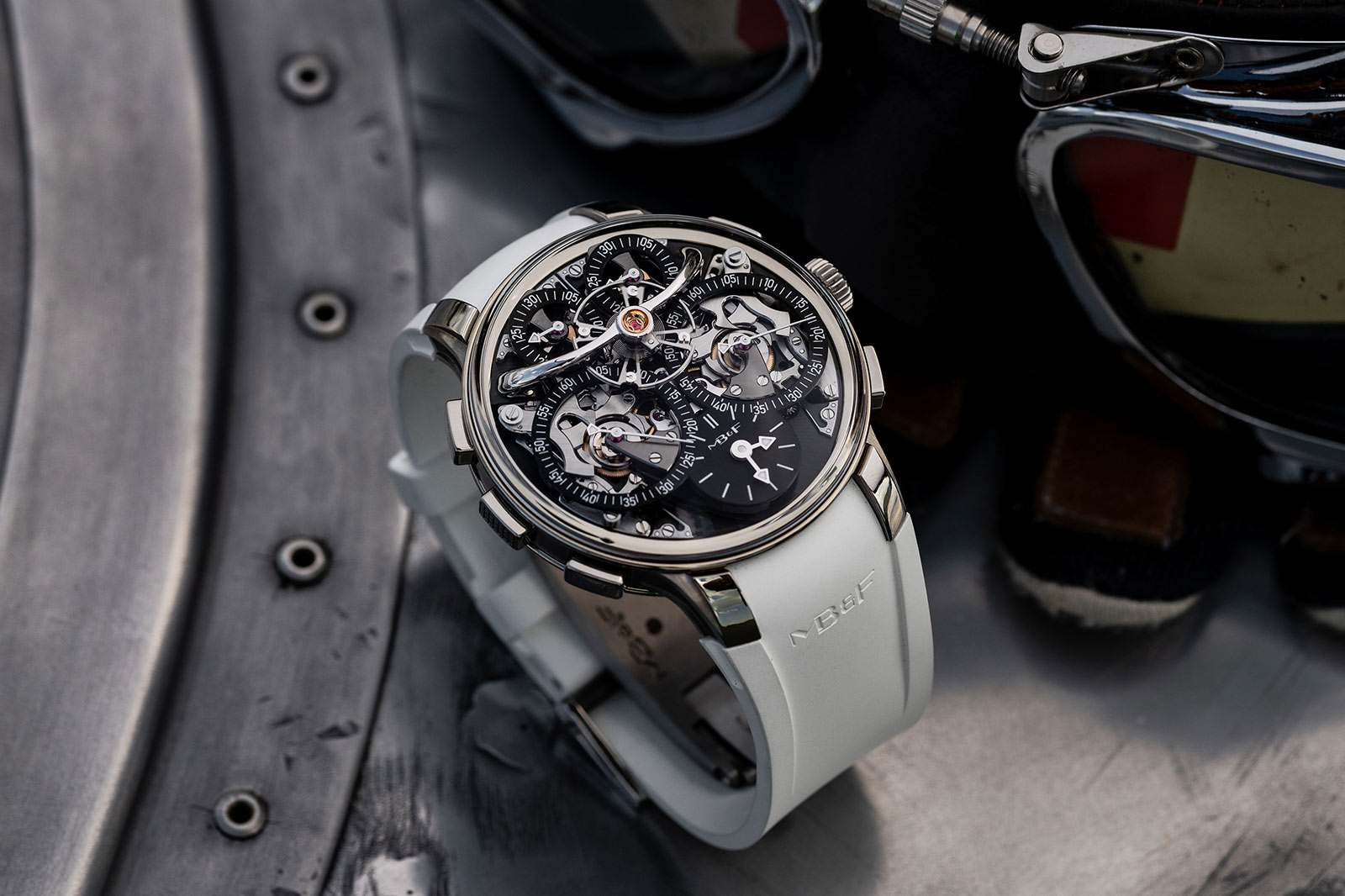 I of course mean technical in an aesthetic sense rather than mechanically. Splitting an escapement from its balance is about as mechanically complex as watchmaking can get, even if it’s an incredibly minimal looking take on the Legacy Machine. The same goes for 2015’s LM Perpetual – which just so happens to have the same watchmaker behind it as the new watch, Mr Stephen McDonnell.

In fact, if it wasn’t for the collection’s signature suspended balance spring, I’d have a hard time equating the EVO with previous Legacy Machines. Then again, it’s a few steps removed from the architectural, aerodynamic lines and flights of fancy of the Horological Machines. 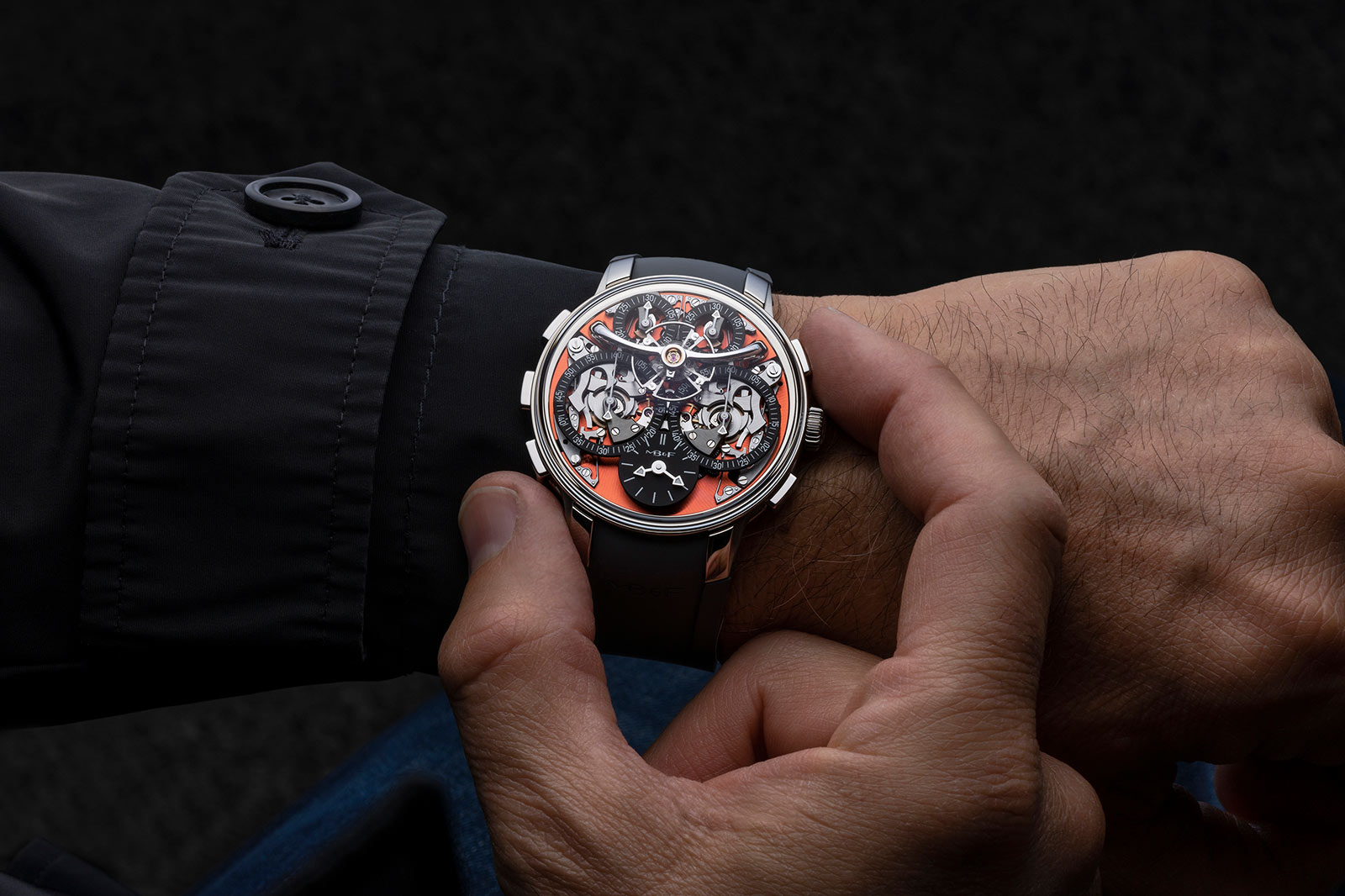 So, is this the start of a new, sportier angle for MB&F? Who knows? Max Büsser himself has admitted to us here that his plan for global domination is vague at best, so this could very well be a one-off reference. I hope not though. Creating a line of horologically fantastic and actually useful MB&F sounds too good to pass up.