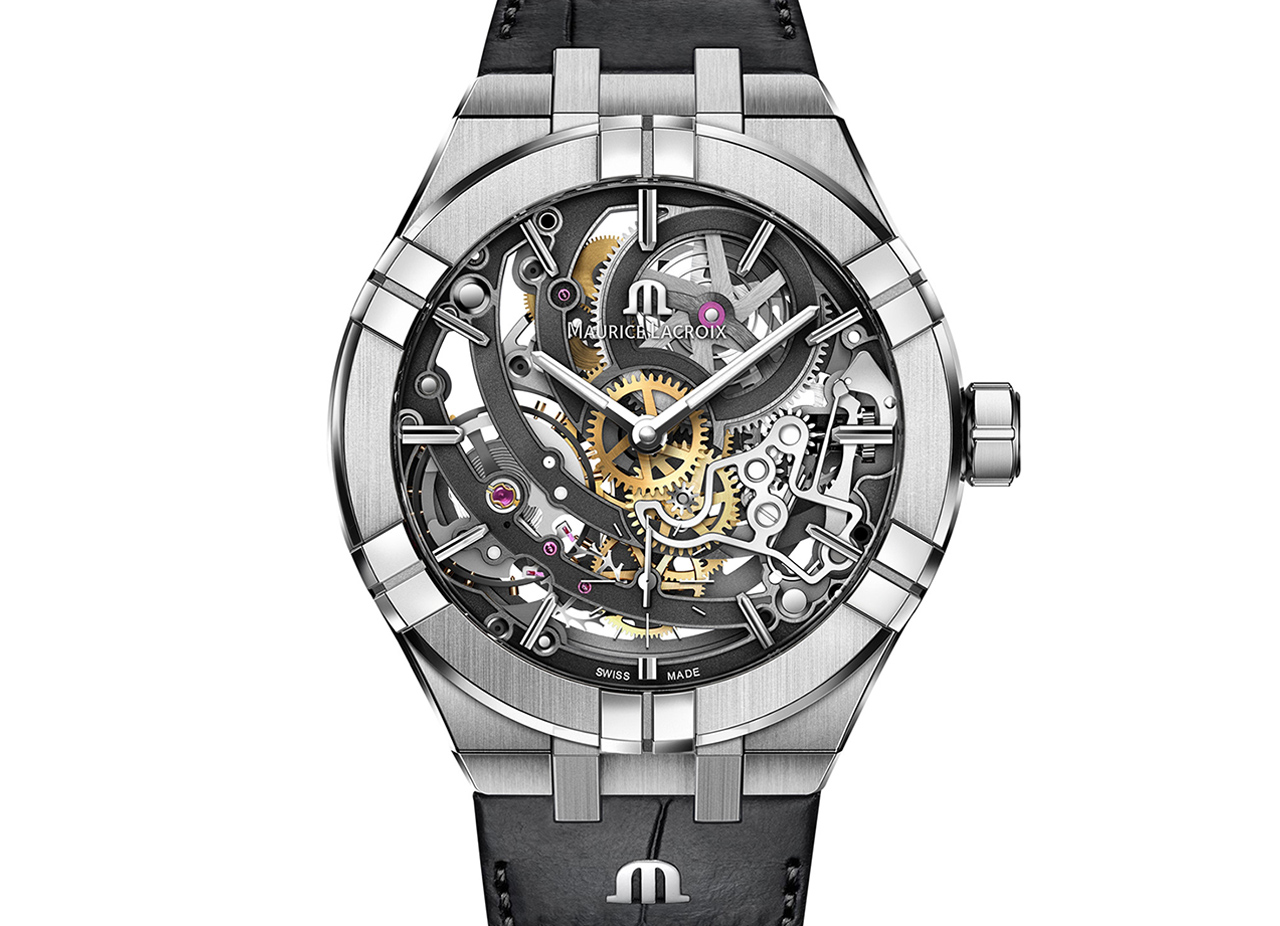 It’s safe to say that Maurice Lacroix is a brand who loves to skeletonize a watch. Though it’s a pretty pointless pursuit if you’re relying on quartz as a power source. So for 2018 they have replaced the Aikon’s crystal heart with something more metallic, removed the dial & unnecessary gumpf and revealed DLC coated bridges that form a swirling pattern of concentric circles. 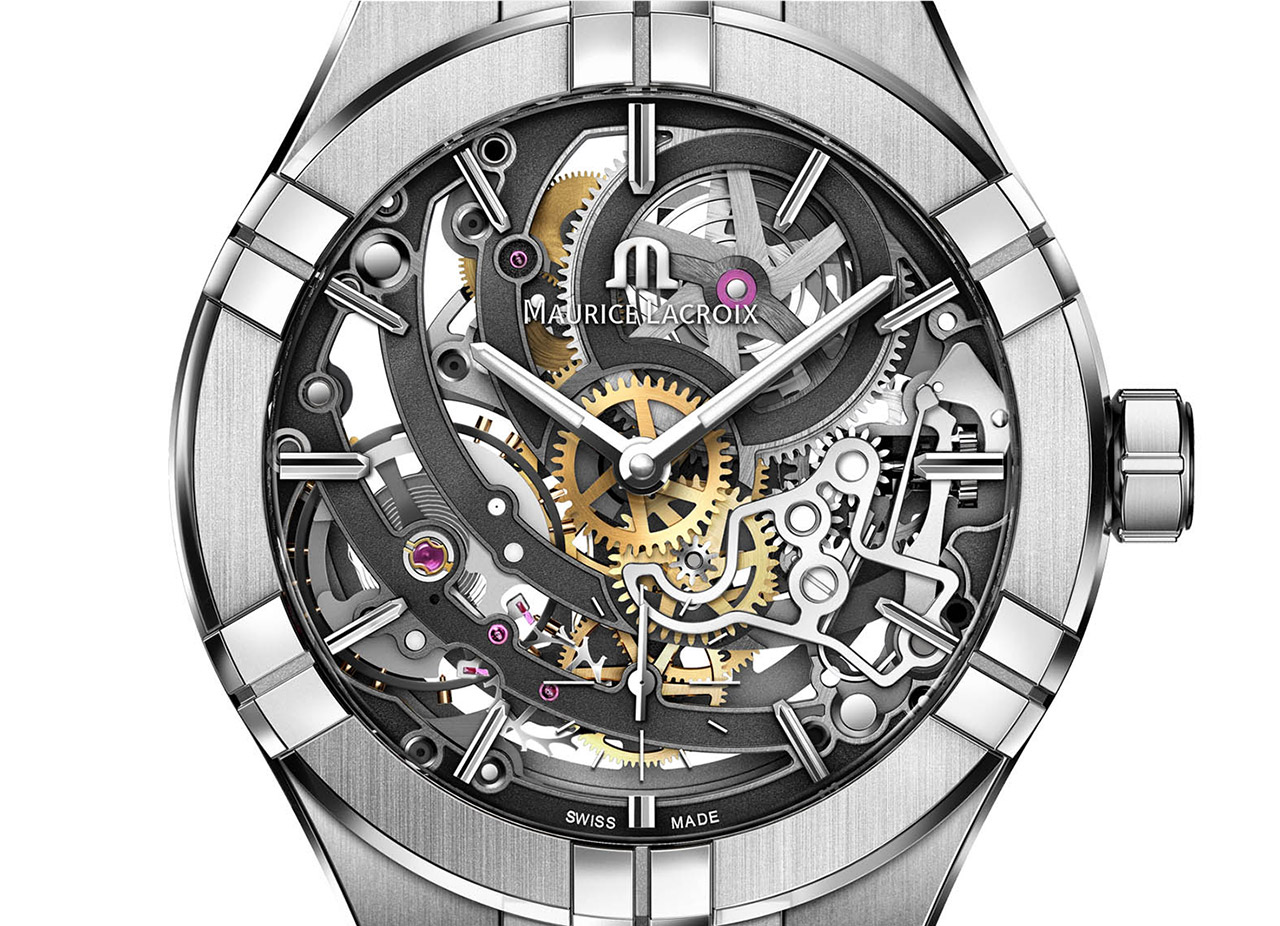 The result is a blend of contemporary and architectural elegance, which if it weren’t for the raised detail on the bezel, could be easily confused for a skeletonised Hublot Big Bang. When it comes to size, the Aikon Automatic Skeleton is 3mm bigger than its 2016 predecessor at 45mm, while the case height has been upped to 13mm, to squeeze the calibre ML234 inside. All in all it’s somewhat a statement watch. 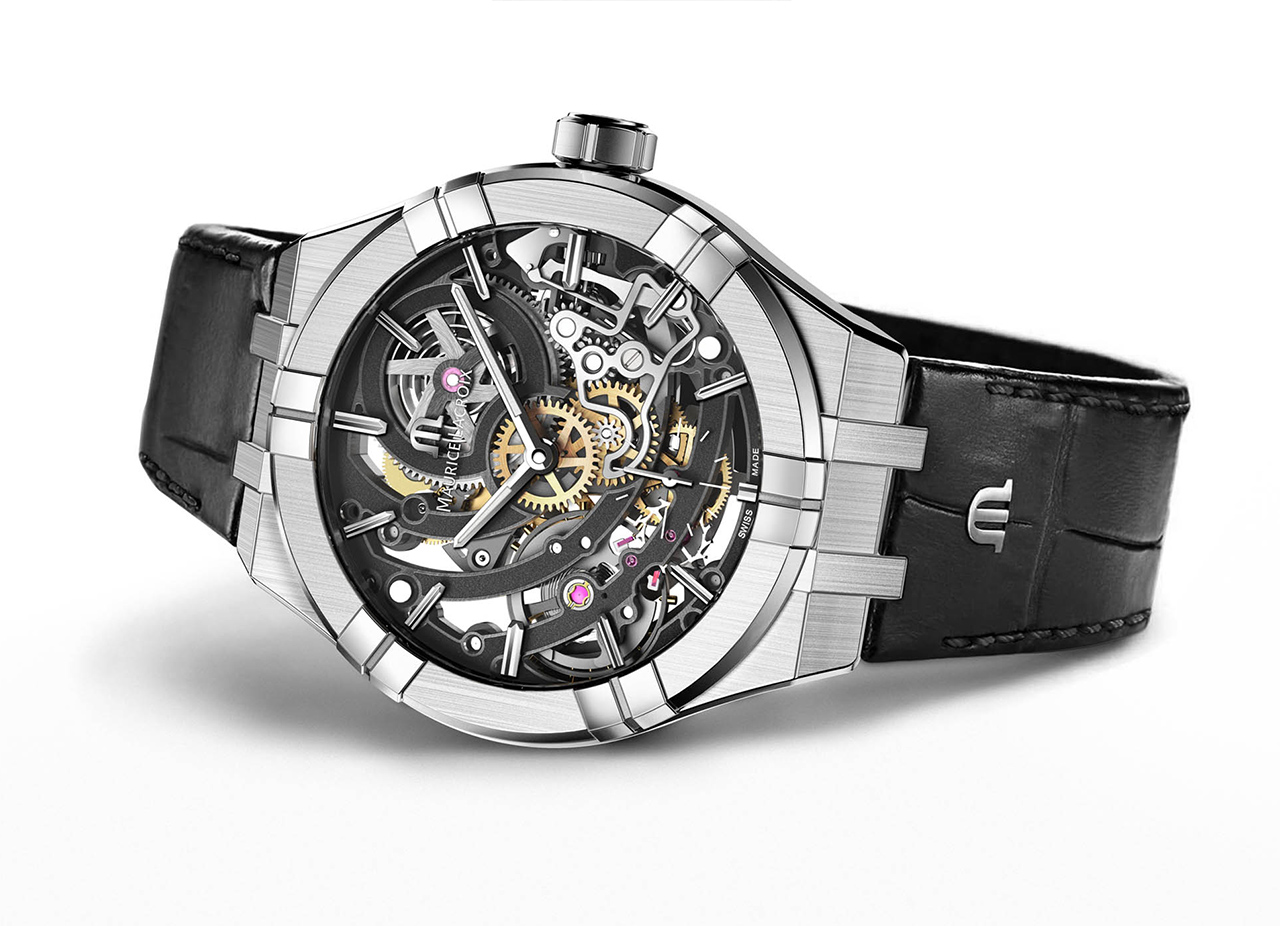 Aikon Automatic Skeleton will also be the first Aikon model with Maurice Lacroix’s Easychange system, allowing the wearer to switch up their strap game in a matter of seconds. A versatile watch indeed.