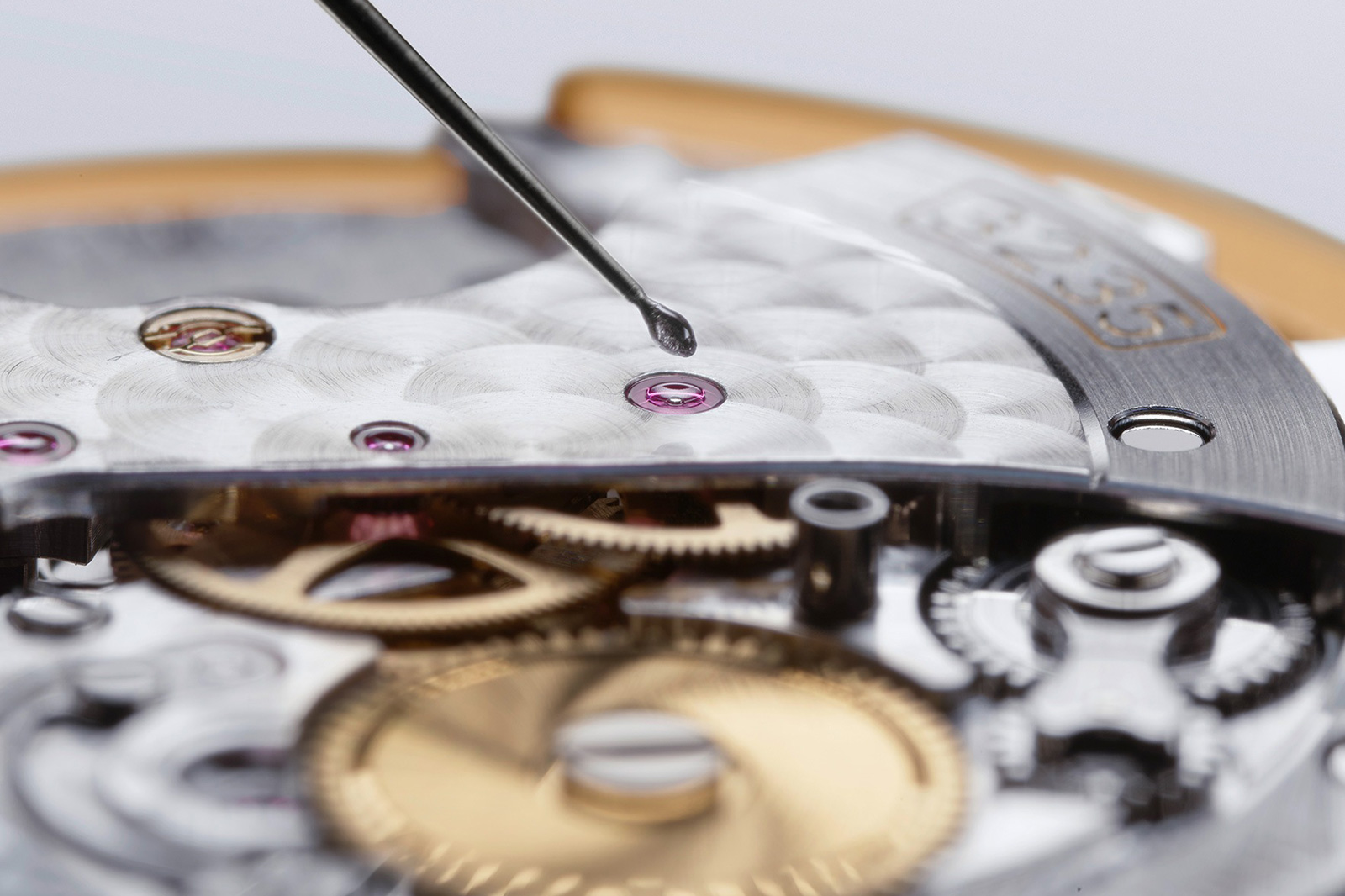 Why does a watch need regular servicing? I don’t mean repairing the damage of a clumsily swung arm or buffing out scratches in metal or crystal, I mean why, even if your watch is safe and sequestered in a watch box its entire life, will it still start to lose time without a service? The answer’s simpler than you might expect: lubrication.

When asked by King Louis XVI to build him the perfect watch, legendary watchmaker Abraham Louis Breguet replied with: “give me the perfect oil and I will give you the perfect watch!” That goes some way to explaining just how important good lubricating oil is to the minute mechanics of a fine timepiece.

Lubricating oil is what stop a watch grinding itself to pieces with friction. It’s what stops the various metal components rubbing against each other, which is important for two reasons. It means it takes less energy to move the various components of a watch, helping the power reserve live up to its potential. Secondly, it stops general wear and tear on the movement, helping it last longer without you needing to replace parts. 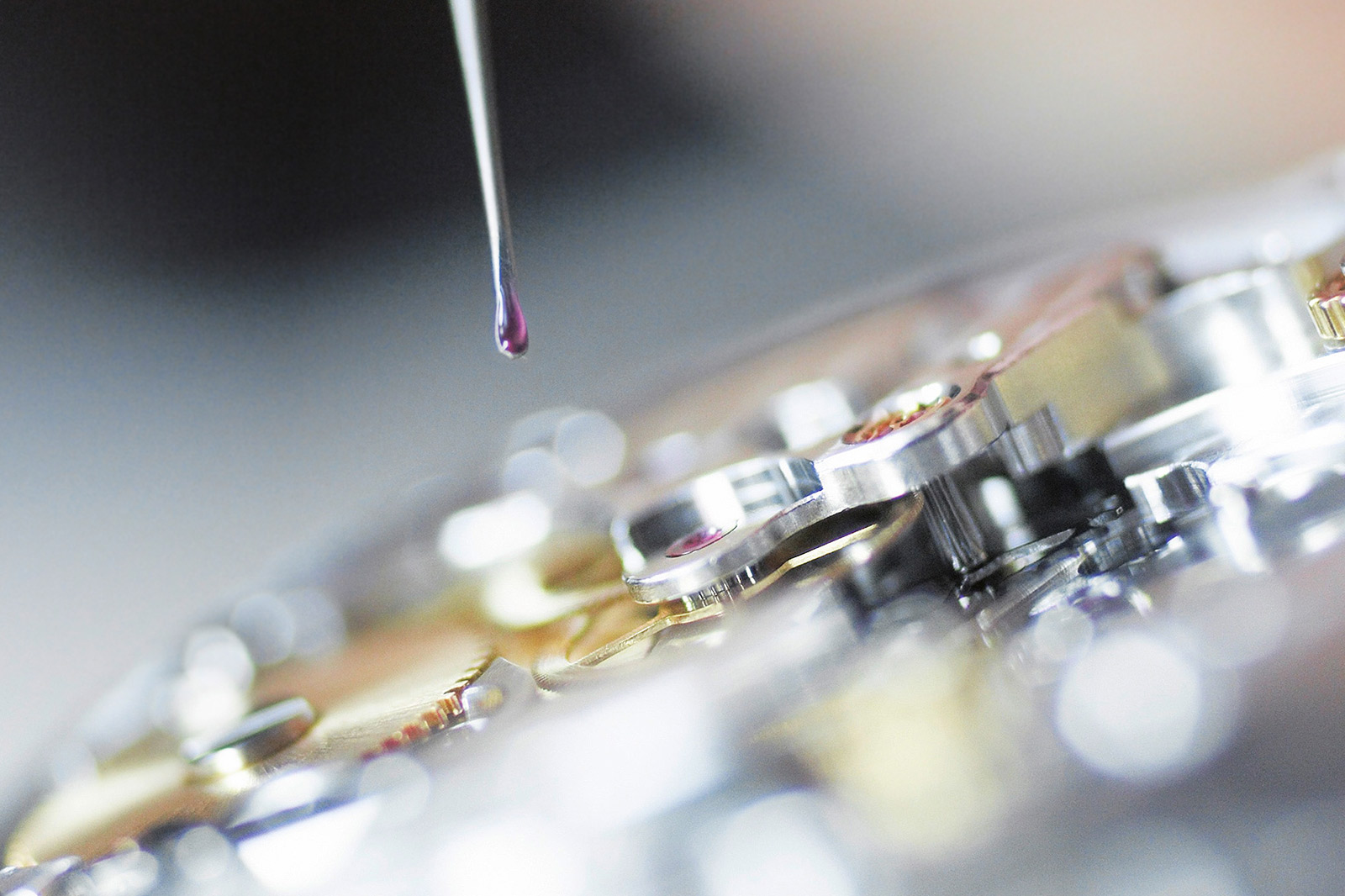 Indeed, friction is enough of an enemy of fine mechanics that pretty much every major advancement in watchmaking that’s stuck is centred on reducing it. Synthetic rubies are used specifically because of their lack of friction; the same goes for silicon parts, among its other properties. Even things like the George Daniels Co-Axial Escapement were designed specifically to help reduce the amount of surface contact between parts.

Even Roger Smith, George Daniel’s protégé and the finest living British watchmaker has been working on the problem with Manchester Metropolitan University. The concept is to create a nanotech coating of molybdenum disulphide that would, in theory, reduce friction to negligible amounts, eliminating the need for oil entirely.

Unfortunately, we’re not there yet, so it’s worth learning a bit more about the oils in your watch and how they can impact its running. 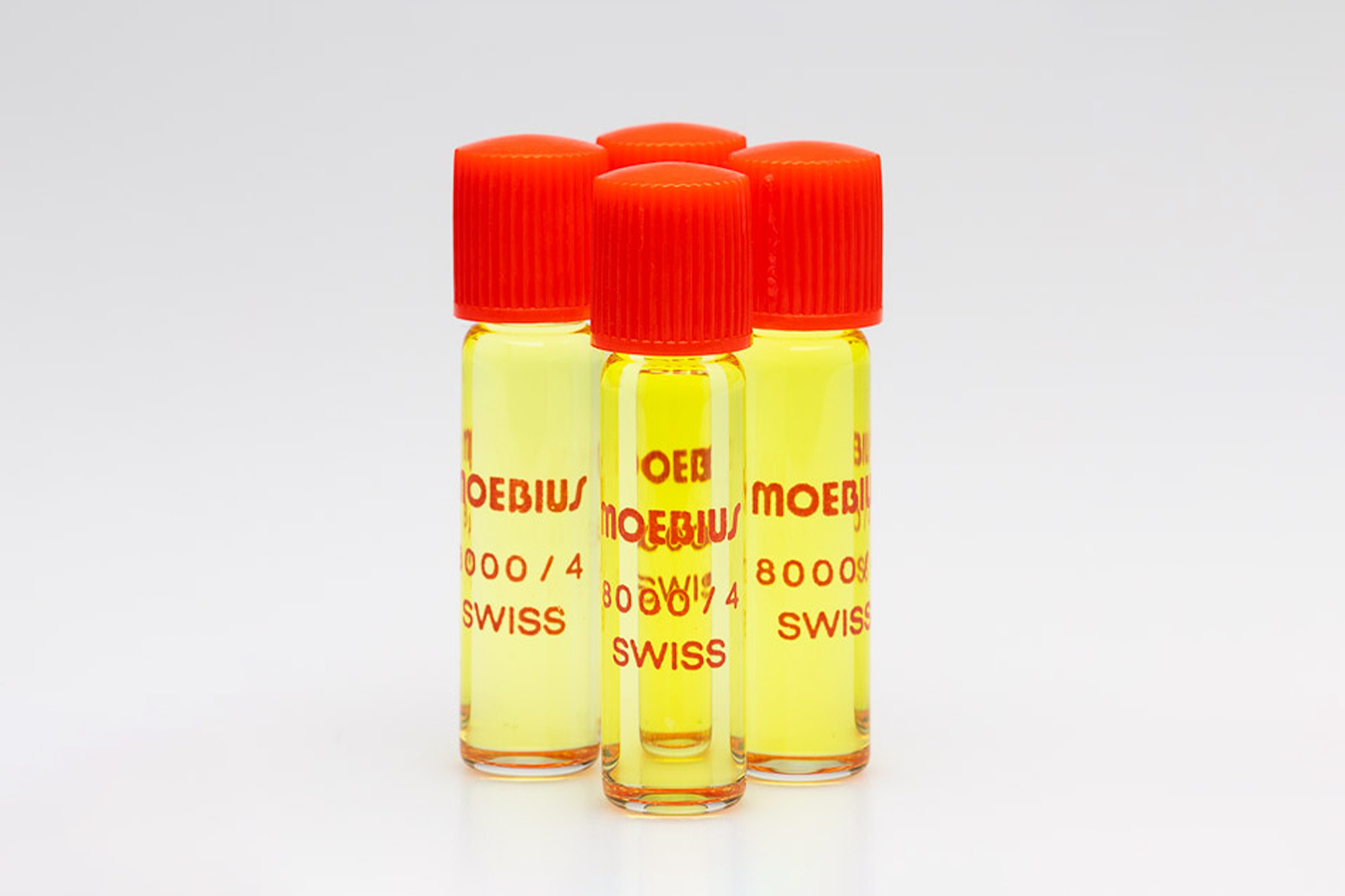 There are two distinct types of oil that are used in watchmaking: natural and synthetic. You’ll often find natural oils have been used in older vintage pieces, derived from anything from vegetables to sperm whale oil and is why some old pieces might smell a bit. The main issue with this was that it gummed up, and would stop the watch – which isn’t necessarily a bad thing.

Synthetic lubricants are the opposite. They don’t gum up and instead just evaporate from the movement, meaning the watch doesn’t stop. This in turn means that the pivots can keep running, creating friction and wearing down the metal bit by bit, eventually damaging the watch.

Either way, you’ll need to replace the lubricant and that means a service. In fact, it’s the reason watches need regular servicing in the first place; nothing else should really be going wrong. It’s the servicers job to disassemble the movement, clean off all the old dirt and oil residue that will have built up, re-oil and put it back together again. For a trained professional its second nature and, honestly, for simpler calibres it’s not too hard for an amateur either. 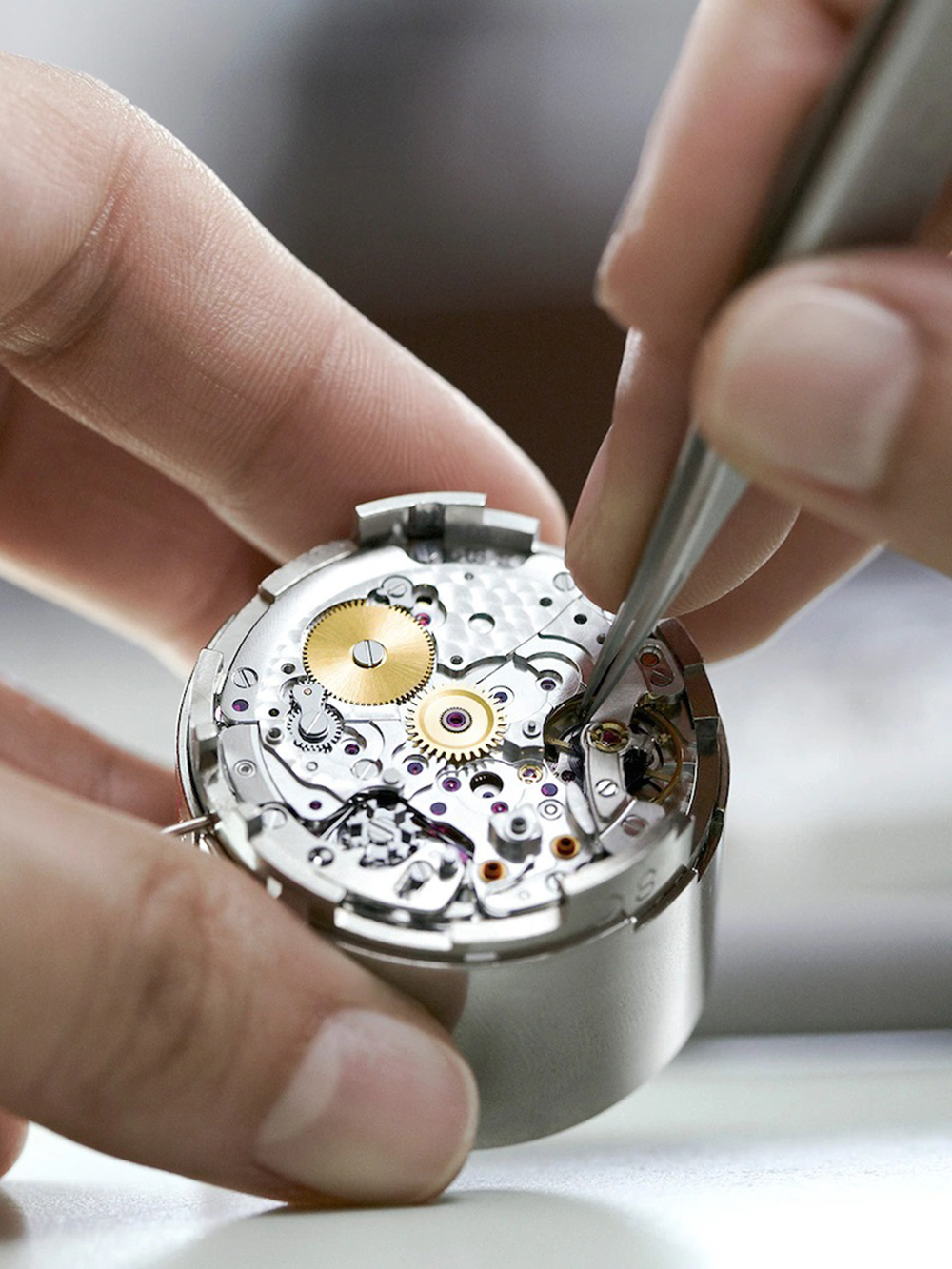 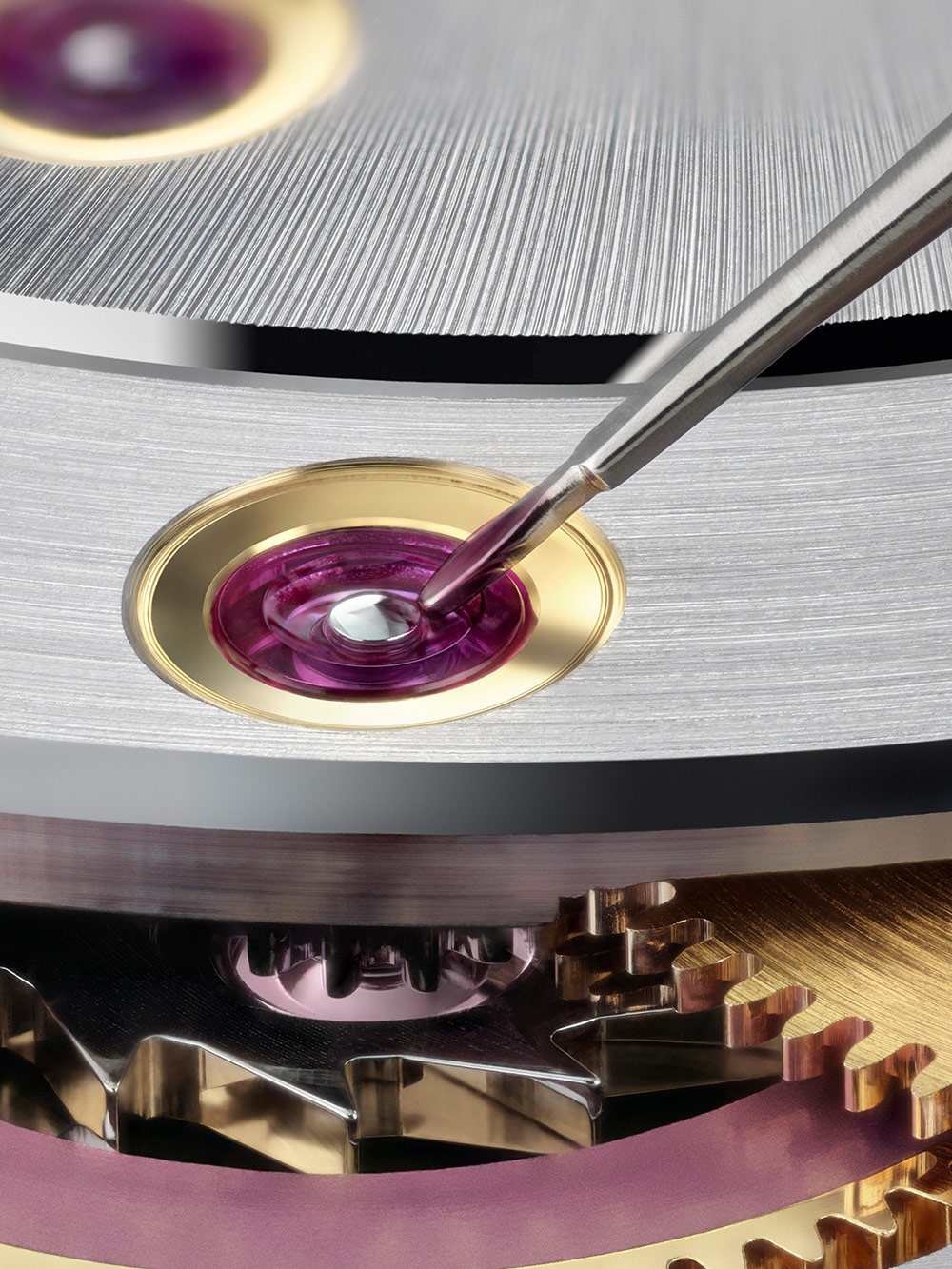 The one key tenet above all others is that the oil should only be applied after the parts have been thoroughly cleaned. Otherwise, the remaining dirt and dust will create an oily paste that’s hell for the delicate parts of a movement. There are a lot of different oils you can use out there and generally the technical guide for your watch will tell you the best one to use. Weightier parts like the rotor of an automatic movement and the barrel arbours need a thicker oil, while the escapement needs a particularly fine oil. Mainsprings surprisingly don’t need any oil and you should avoid doing so.

Now, I’m not saying you should take your watch apart and start oiling it yourself to avoid a service now and then. You should always let a professional handle these things. But this way you at least know what you’re looking at when you open your watch up and find its gummy, dirty or visibly worn.

Fortunately, modern oils are getting better and better, allowing for ever longer service intervals. And hey, if Roger Smith has his way, it might not be long before modern lubricants are as much a thing of the past as sperm whale oil. Here’s hoping.