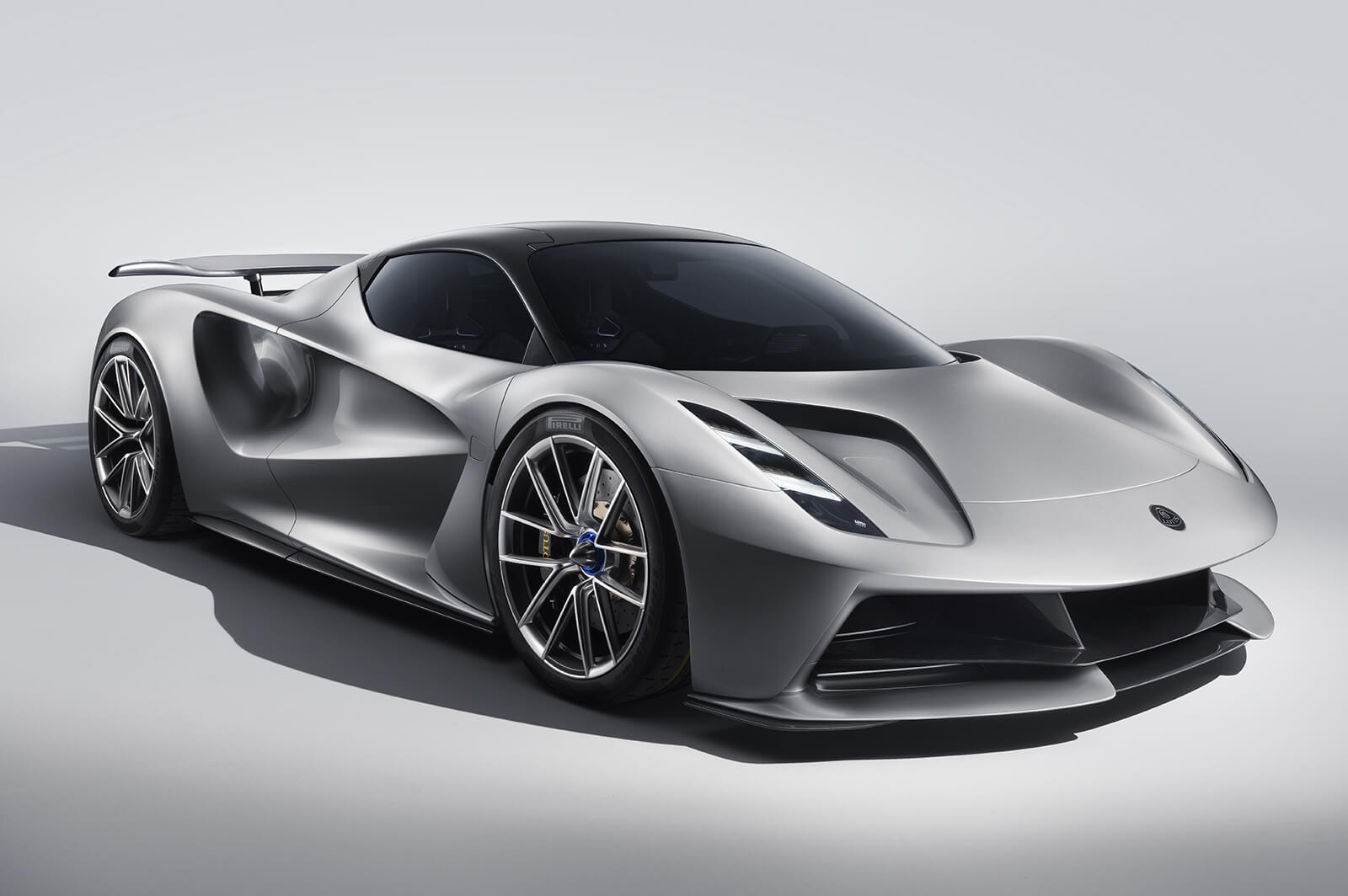 If you want fun, you drive a Lotus. The nippy little British marque has been putting a smile on drivers’ faces for years, like a road legal go-kart at breakneck speed. Now however, things are serious. Very serious. Say hello to the new hyperfast face of Lotus: Evija, the world’s most powerful series production road car.

The Evija is a world away from any LotusLotus you’ve seen before. For one, it’s all-electric, making it Britain’s first hypercar to forgo petrol entirely. It’s also the first Lotus to use an electrified power train rather than the strictly mechanical ensembles they’ve traditional been equipped with. Then there’s it’s power output: 2,000 PS, or just over 1,970 horsepower. All that power is being pushed into the lightest production EV hypercar thanks to its carbon fibre monocoque chassis. 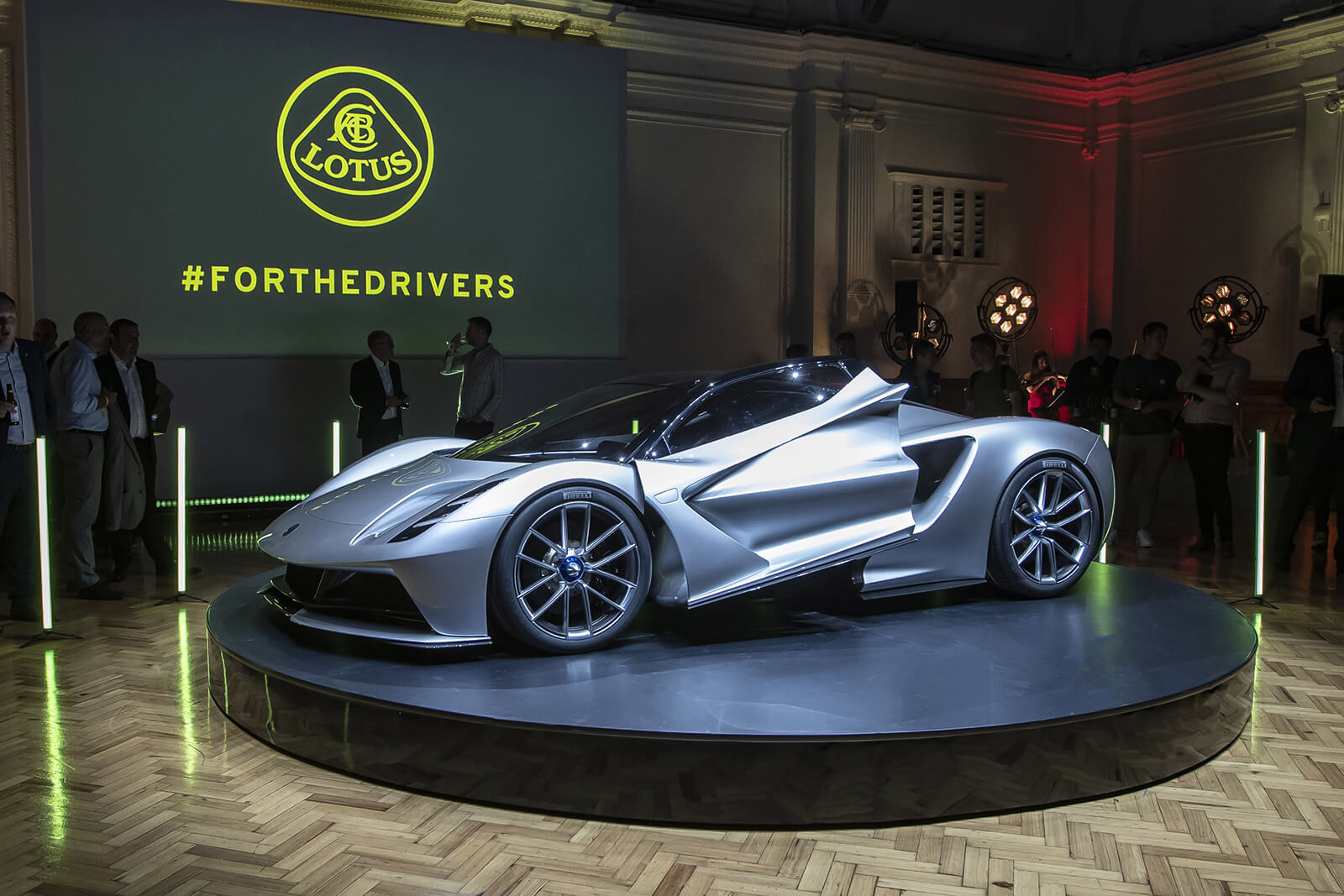 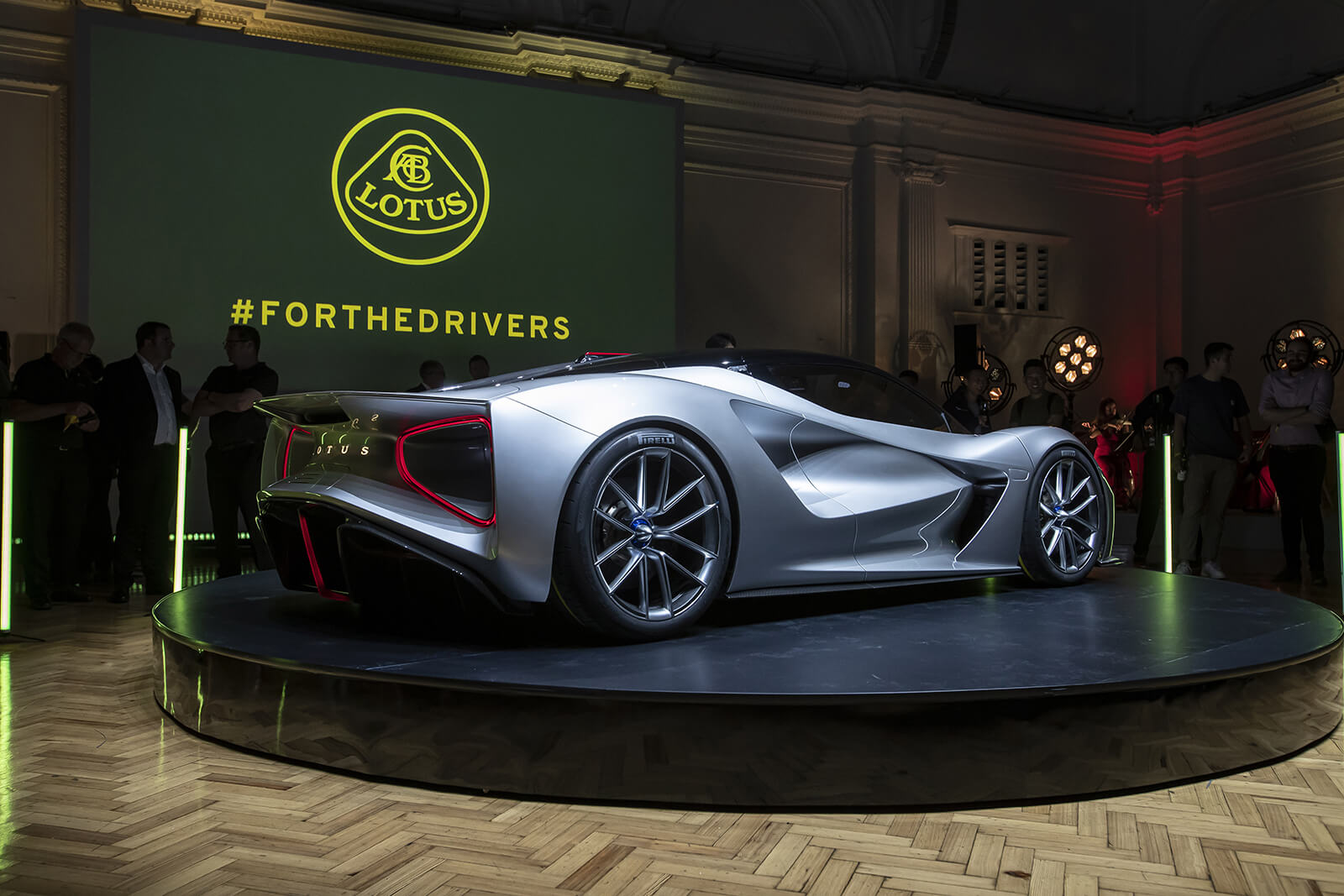 Bear in mind that the current specs are targets. Having just made it’s debut, Evija is still in testing to see what it can really do. Still, the potential results are tantalising. Lotus aim to push the Evija over the 200mph mark and sprint 0-62 in under three seconds. Given that this is a Lotus, you can expect it to be as agile as a panther, too. 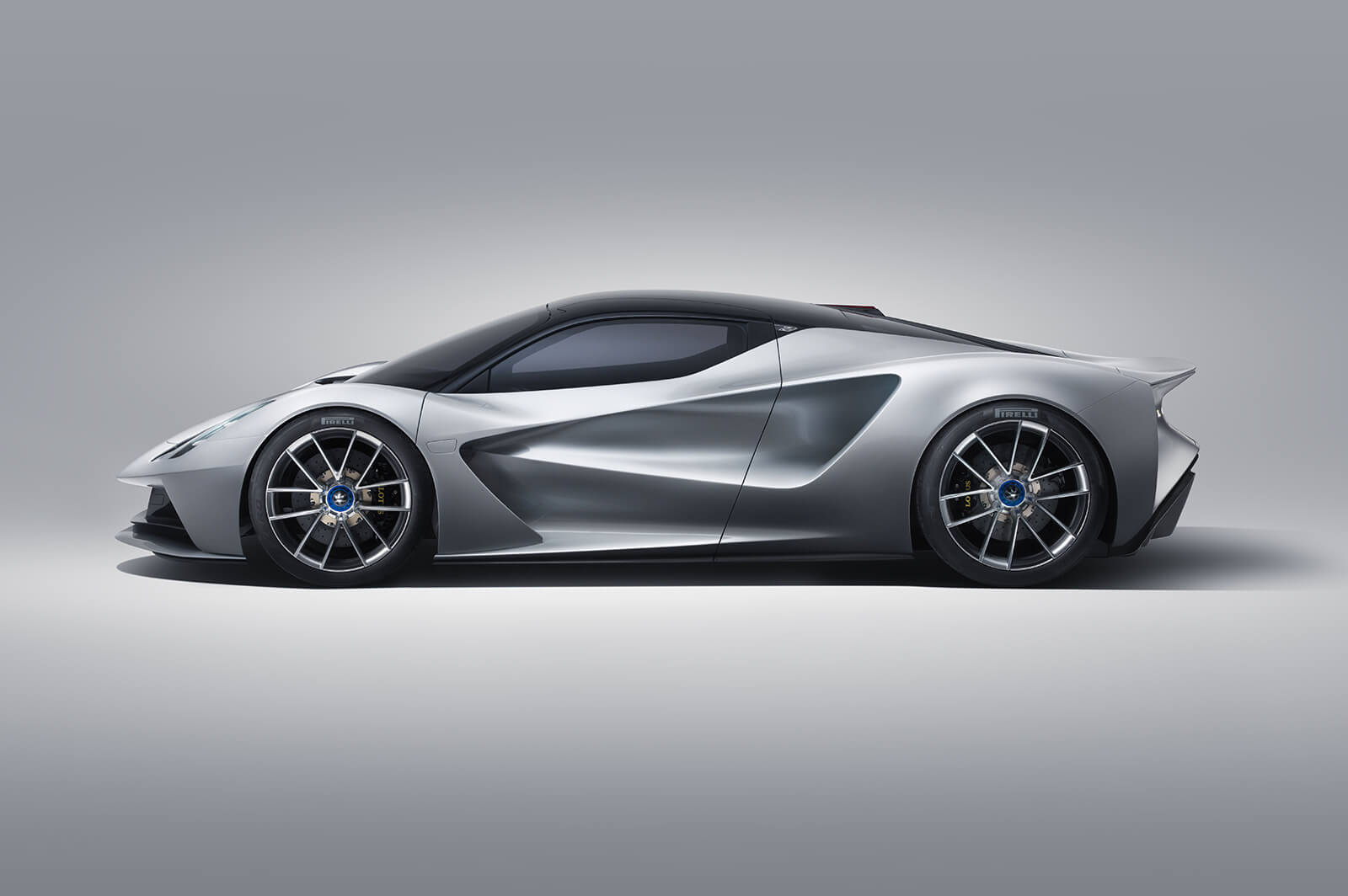 If all that sound like it could describe another famous British hypercar manufacturer then you’re right; it looks like Lotus is taking aim at McLaren with the Evija, converting the same petrol performance into electric. We’re looking forward to seeing how the underdog fight plays out. 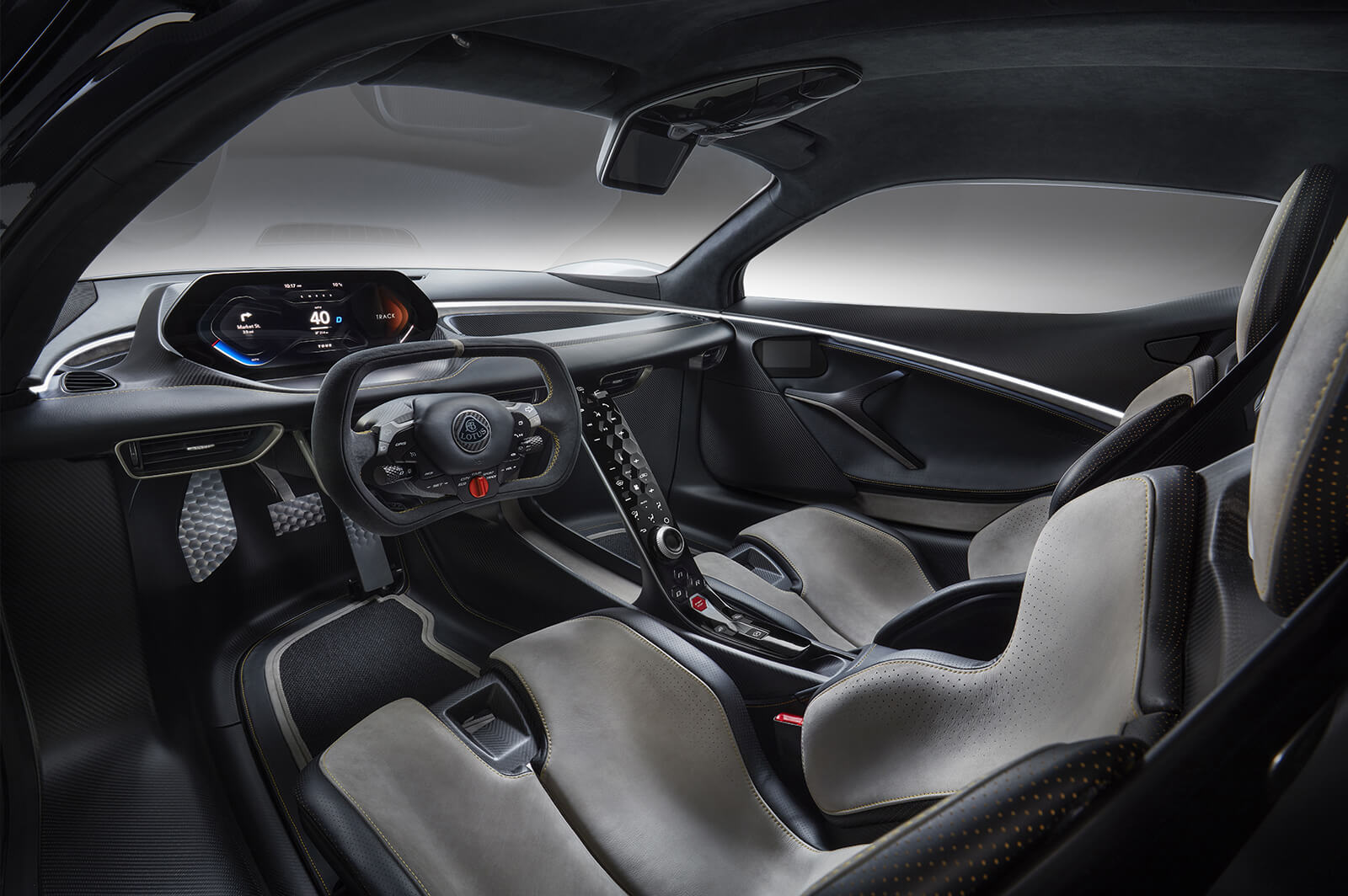 There are a few hints that this is a Lotus still. The mid-mounted battery pack echoes the marque’s famed mid-engined cars for example, and there are more than a few nods to Lotus’ racing past in the cabin, right down to their signature yellow in the contrast stitching. Still, much more has been changed than kept. 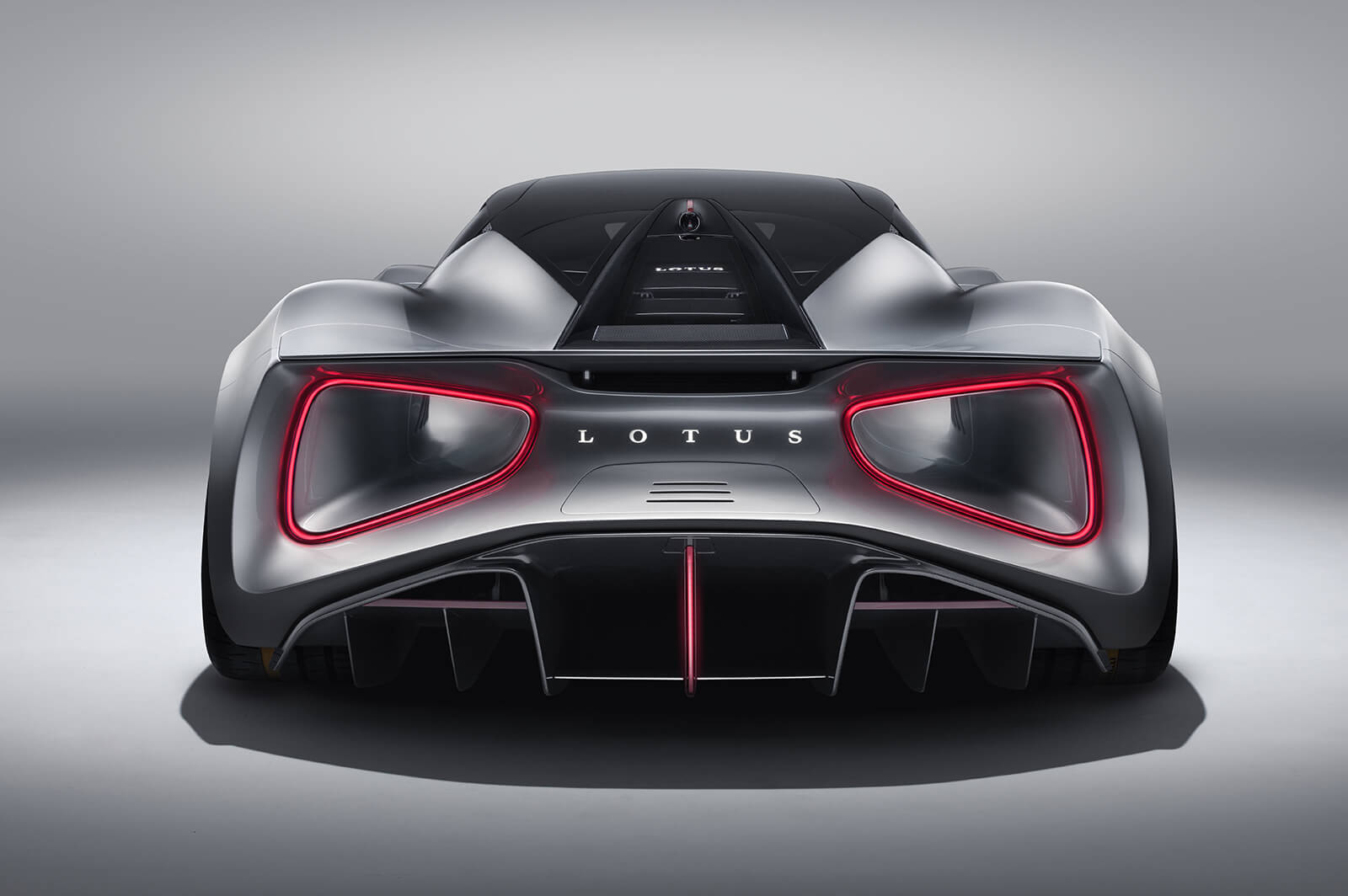 Is this some grand new era for Lotus then? Are they forsaking their fun, playful driving past for something much more extreme and, potentially, inaccessible? Eh, maybe. But as long as we manage to get behind the wheel of one of the 130 Evijas being produced, we’re fine either way. It’s going to be a blast. More details at Lotus’ website.