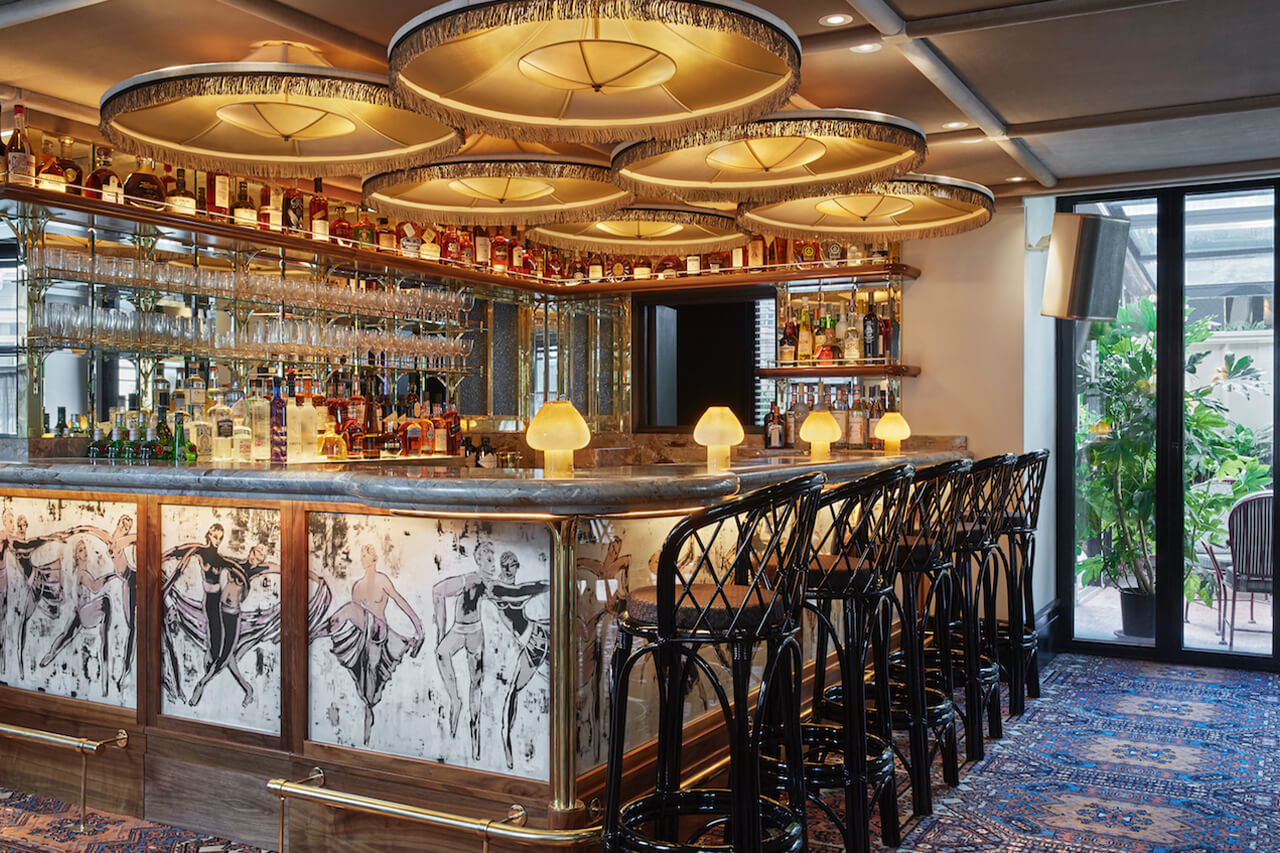 Touted as one of the biggest openings of the year pre-lockdown then, like everything else in 2020, put on hold, Louie has finally launched to high acclaim. Situated in the multi-floor townhouse that formerly housed L’Atelier de Joël Robuchon on West Street, Covent Garden, the restaurant features a design executed by French duo Dion et Arles, who have leaned into The Great Gatsby and Coco Chanel for inspiration to create an airy, inviting reprieve.

Guillaume Glipa, who made a name for himself at Chiltern Firehouse, Coya and Zuma, has joined forces with French hospitality group Paris Society to assist American celeb chef Slade Rushing in making his first foray into an international market. Renowned for his cooking at Brennan’s in New Orleans, Louisiana, he’s garnered rave reviews for his style which blends traditional Creole cooking with French techniques and a New York attitude. Named for Louie Armstrong, you can be sure that Louie will hit all the right notes. 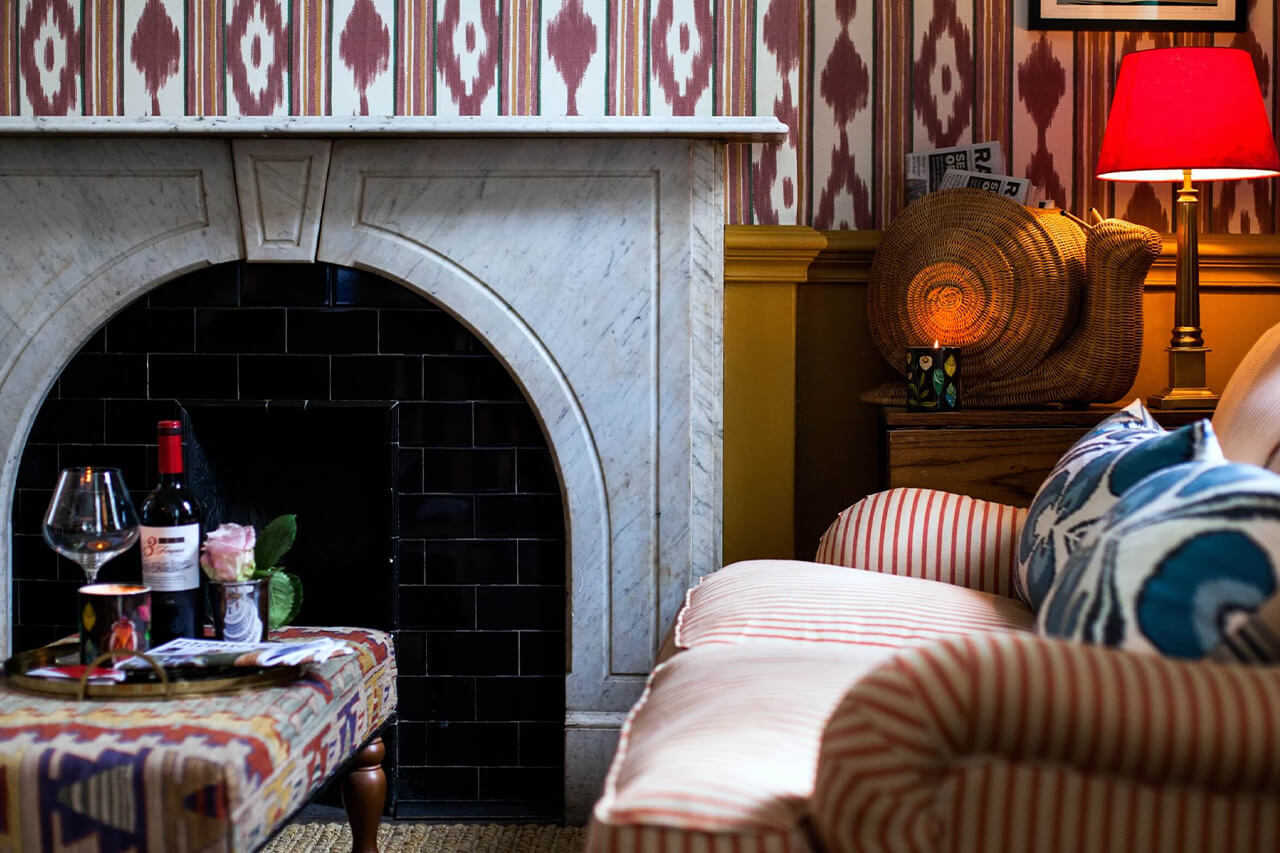 Fitzdares is woven into the warp and weave of London’s cultural fabric as one of its foremost bookmakers, taking the largest sporting wagers since 1882. As such, they’ve opted for Davies Street in Mayfair, the spiritual home to gaming, to launch their members’ club. Spread over two floors, The Fitzdares Club offers a restaurant, bar, two private dining rooms and a dedicated Racing Room. State-of-the-art audio-visual equipment and 4K HD streams will screen sport every day, with events running the gamut from 4am Vegas prize fights to Royal Ascot and the Champions League.

For those wishing to take a break from the sporting action, there will be a selection of custom-made chess and backgammon boards to play with. Interior designer Rosanna Bossom, who also designed the iconic 5 Hertford Street, has melded inspirations between a Mayfair home and a member’s club, ensuring visitors enjoy themselves in comfort and style. And rest assured, your appetites will be catered for, with the former bar director at Sketch heading up the wine selection. 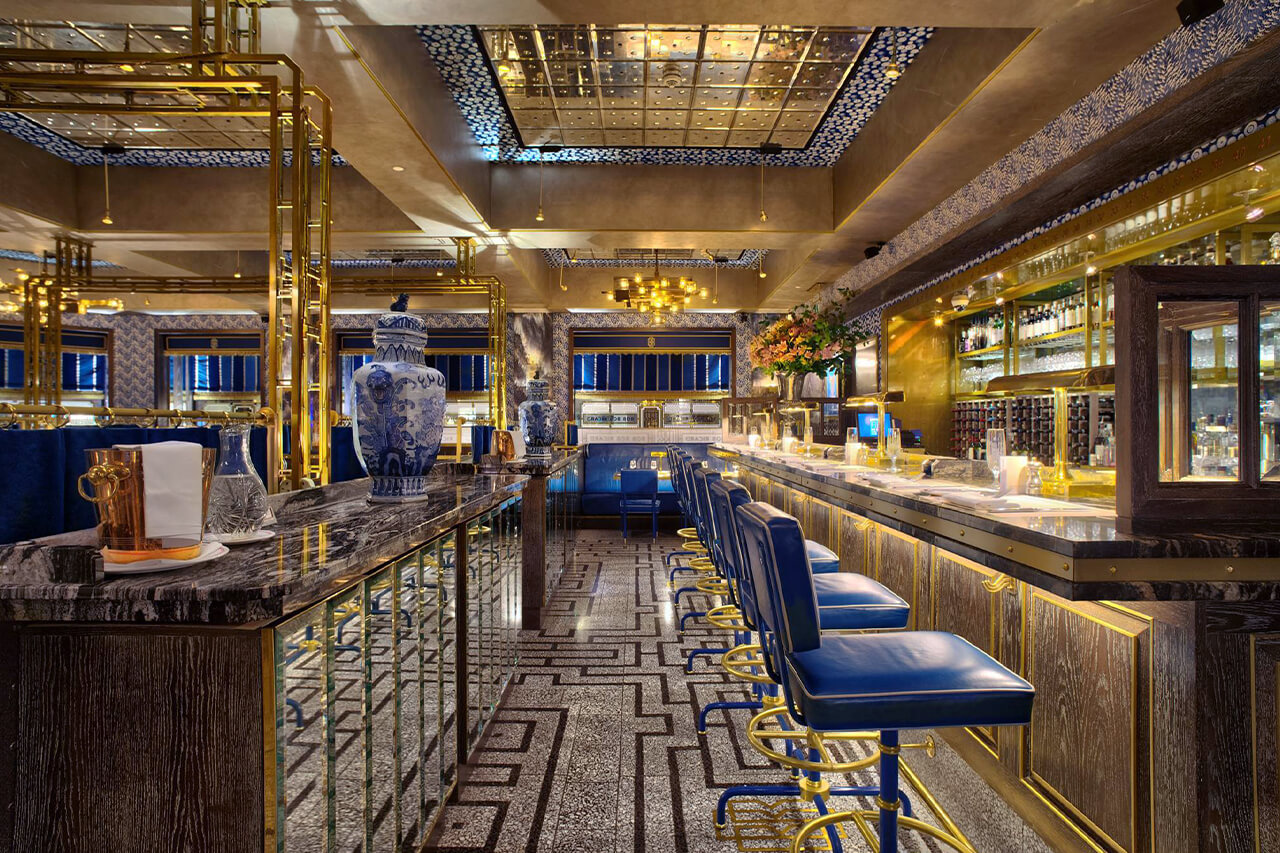 The restaurant that put Champagne buttons on the map is back and in fine fettle, with a new chef and menu to ensure guests are as stimulated as they are indulged. Tom Peters is taking the reins, fresh off of a year at Maeemo in Oslo (named one of the World’s Best Restaurants in 2018) as well as six years at Roux at Parliament Square. His new dishes are wildly good.

They include a turbot wellington for two with a scallop mousse and Champagne beurre blanc; white-wine poached salmon with watercress, pickled radish and fennel salad; and a stinking bishop cheese soufflé with hazelnuts and Comté sauce with apple and gooseberry chutney. BBR has additionally launched a waffle and bellini hour from Friday to Sunday, with toppings running the gamut from arctic cloudberries to truffles and truffle-infused maple syrup. If that doesn’t press your buttons… 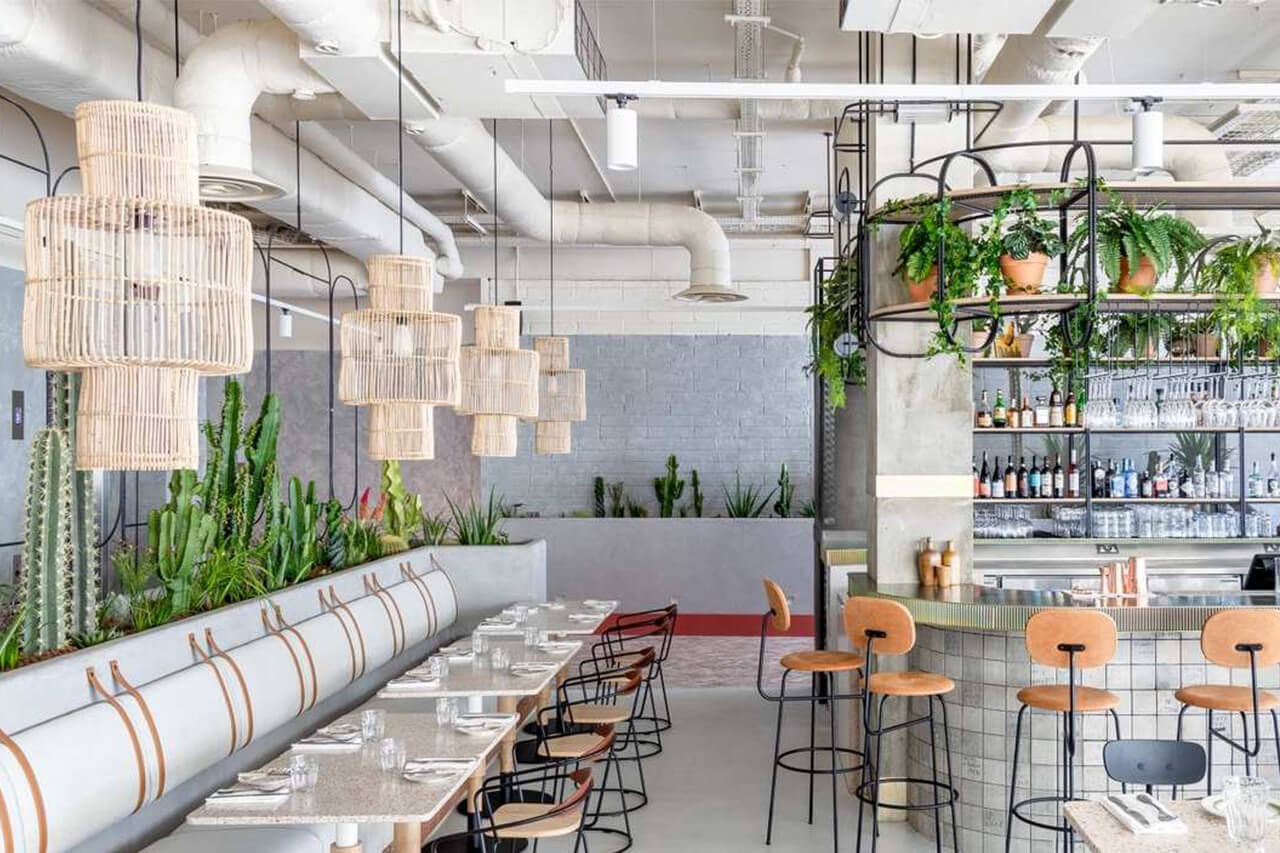 Robin and Sarah Gill have created cult-classic food that draws crowds no matter where the site. Following the closure of their original restaurant in Clapham, they’ve decamped to Bermondsey and the historic riverside street of Shad Thames.

The Gills have introduced a new menu, which will be infused with the same produce-led, pickle-forward processes as its predecessor but with some new additions including Willie’s mackerel, dilled fresh gherkins, sea purslane, dashi; grilled radicchio, broad bean puree, pickled Tropea onions; and wood roasted lamb, ‘hayonnaise’, charred lettuce, mint oil. With a wine list going in on natural selections, small producers and rare gems, The Dairy Bermondsey looks poised to be just as successful as it was in the southwest. 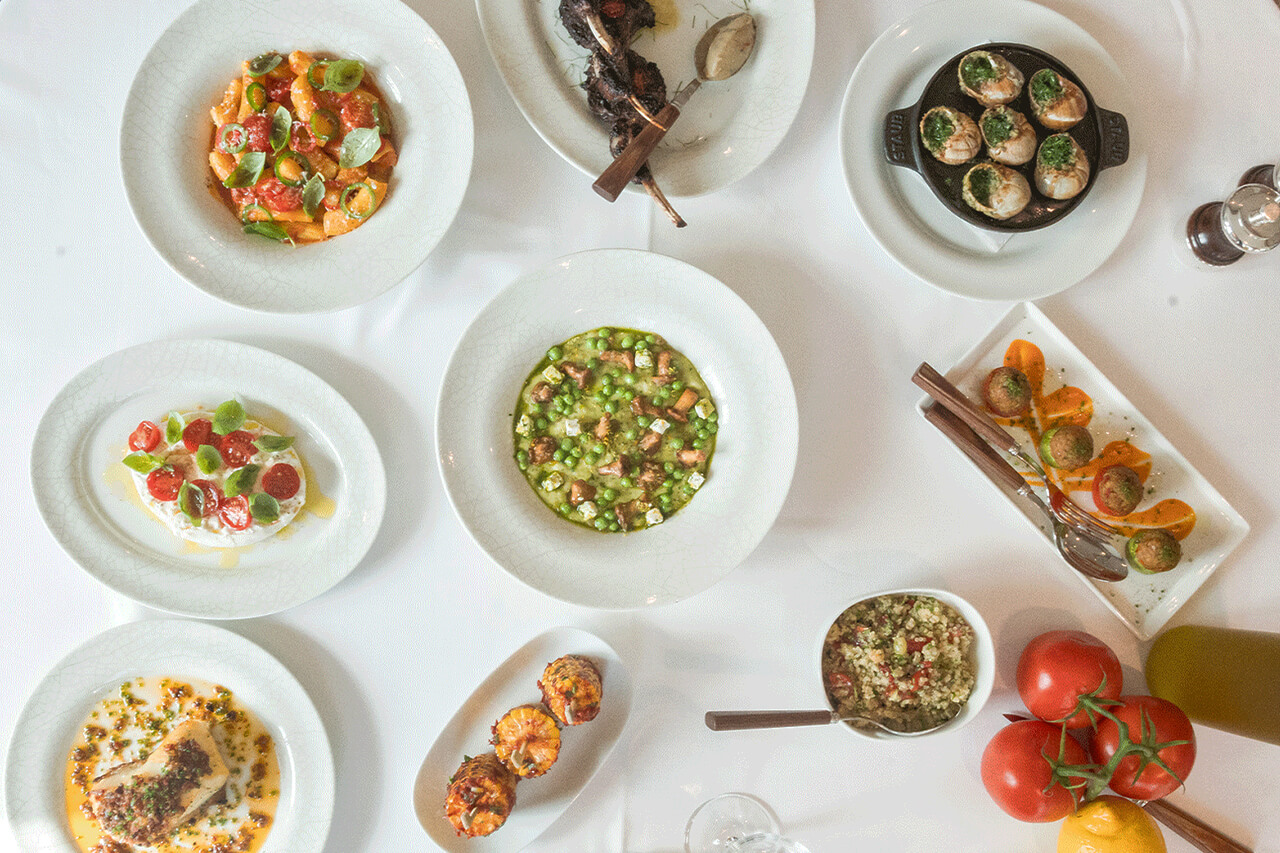 Le Petit Maison held sway over Mayfair as its grande dame when Arjun Waney launched it in 2007, and has very much accomplished the same following its relaunch after the lockdown in 2020. The southern French restaurant has been rebranded as its acronym LPM with a few sparkling new additions to keep the regulars coming in.

These include an excellent oyster bar and cocktail lounge that are walk-in only, yet offer the entire menu. Take care to order the dish that put LPM on the map: truffle roast chicken. It’s prepared by Raphael Duntoye, who has been rattling the pans to dizzying effect since the restaurant launched. 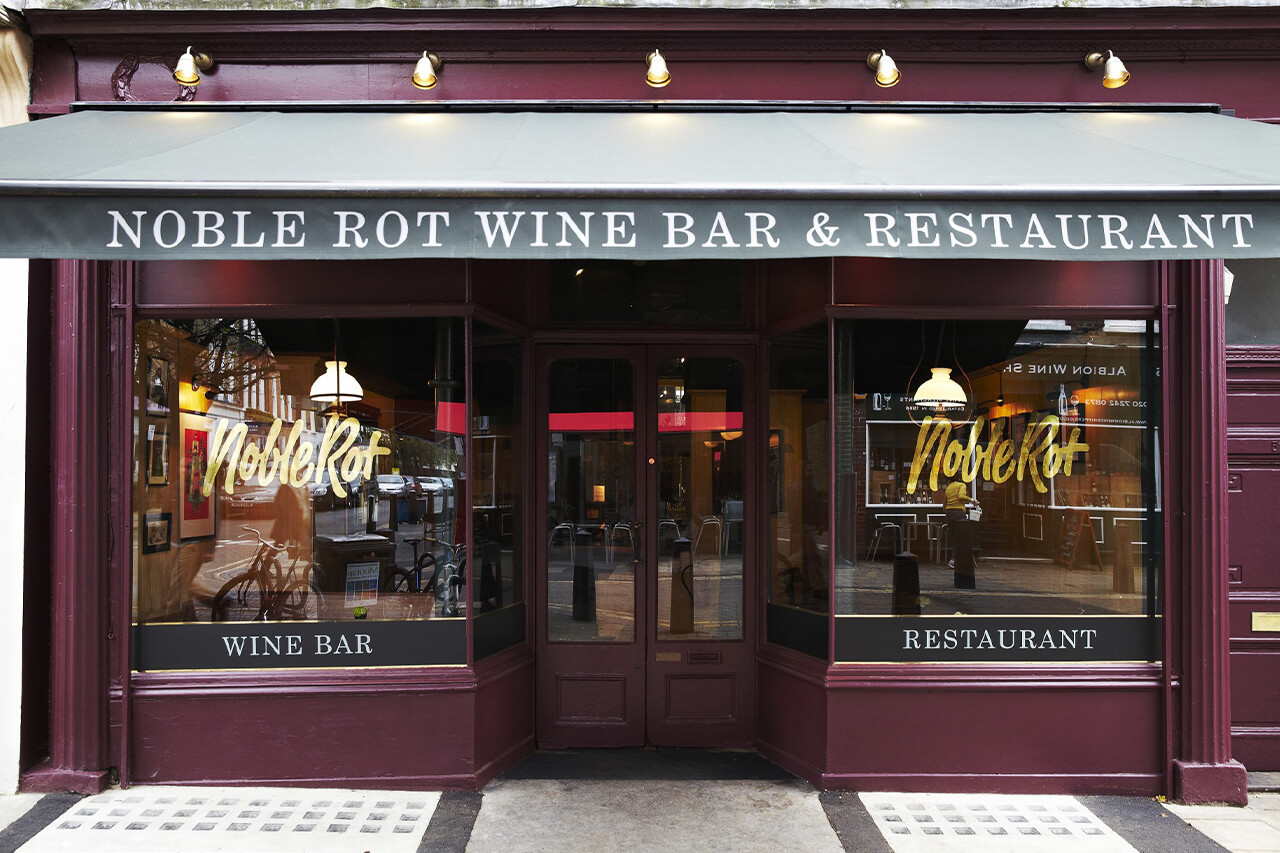 If there’s a duo with the panache and sensibility to take over a famous site and make it their own, it’s Dan Keeling and Mark Andrew of Noble Rot. It was a sad day when Hungarian restaurant and political hotspot the Gay Hussar closed its doors in 2018, but while the site has been stripped of some of its idiosyncrasies, it’s largely been ennobled by its new ownership.

The design features slick gunmetal grey banquettes, dark wood flooring and panelling, shelves freighted with backlit crystal decanters, and eye-popping modern art from the pages of the eponymous magazine founded by Keeling and Andrew. As with the original site, Soho offers exceptional wines and top-quality food, with a no-nonsense attitude. 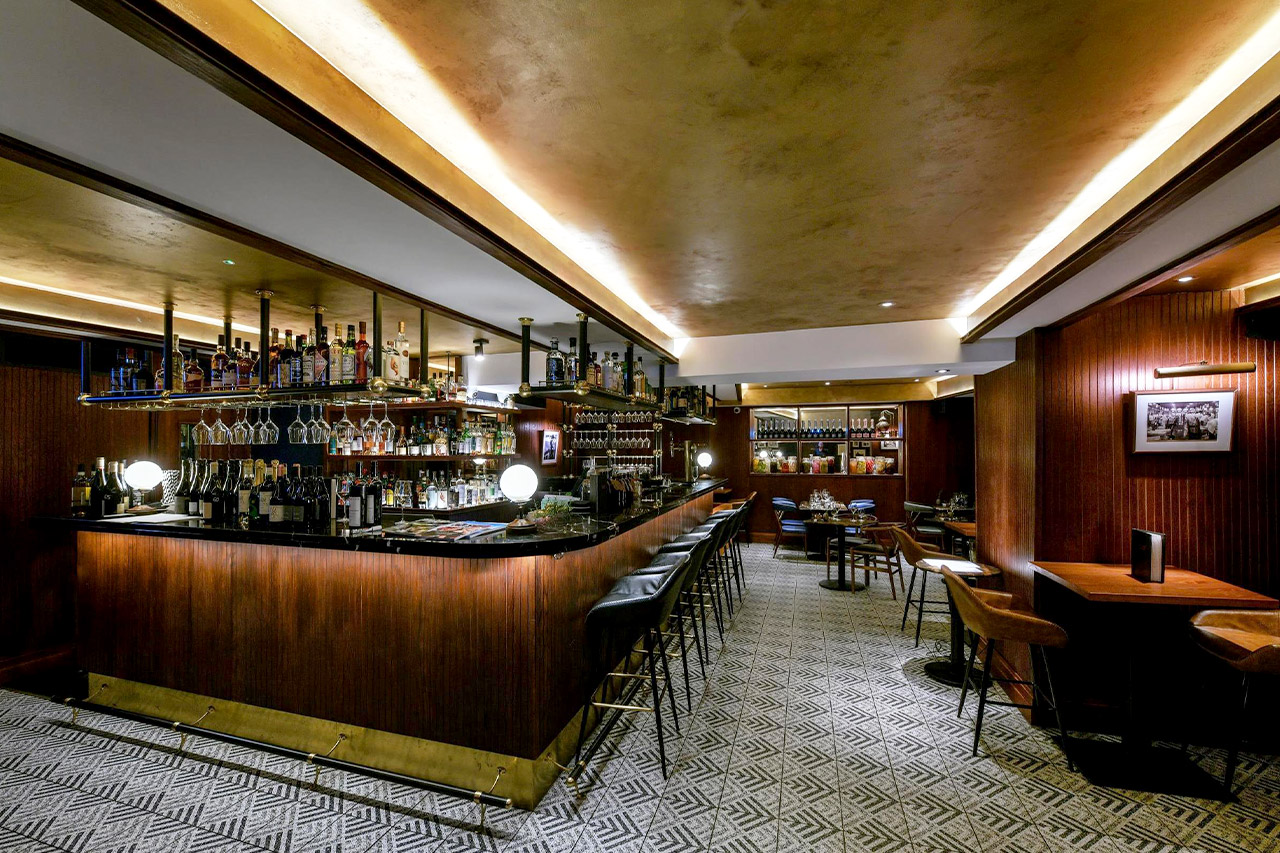 Soho has been given another shot in the arm in the form of The Black Book – a late night wine bar and bistro launched by oenophiles extraordinaire Xavier Rousset and Georoid Devaney. Taking over the site that formerly housed hospitality members club Trade, the venue caters to wine devotees and late-night revellers with a proposition very much in keeping with its Frith Street location.

Named for the little black books ubiquitous amongst sommeliers, noteworthy wines will be de rigueur at The Black Book, with a selection that spans the spectrum from rare gems to noble heavy-hitters and well-known classics, with most available by the glass via Coravin. There’s also an eclectic range of bistro cuisine to complement the vino.