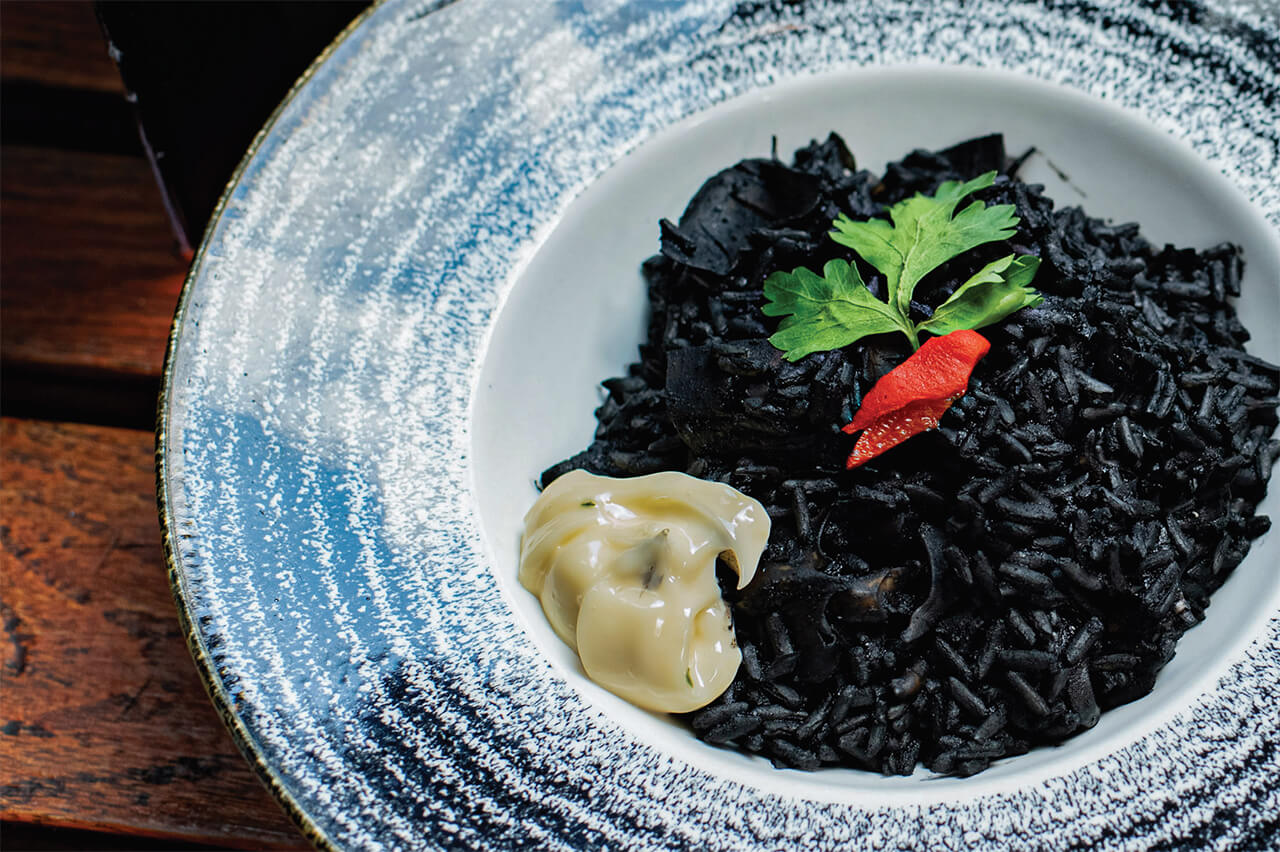 El Pirata is celebrating its 25th birthday in June so we went ahead and sought out what has kept this tapas bar in one of the quieter corners of Mayfair in such demand for the past quarter of a century. The answer is simple really: service. The smiling waiters at El Pirata charm you into a cosy lull, where the murmurs of your stomach blend in with the chatter and buzz at the well-stocked bar. The menu is quite something and it is to our relief that our waiter confirms he is bringing jamon iberica, pan con tomate and padron peppers (we’re still slightly early for spicy season so there will be no roulette at the table) while we decided. Less than ten minutes later, our salivating mouths were greeted with our small starter plates to accompany the choosing of our tapas. A glass of Rioja and a strawberry gin helped too.

We opted for huevos rotos (Spanish broken eggs) with chorizo, prawns and potatoes, which was as hearty as intended; the deep-fried monkfish we ordered, served with tartare sauce, was fine but I’d have preferred grilled. Grilled sardines were oily and flavoursome, whilst the calamari with arroz negro (black rice from the squid ink) was the standout. I could have easily eaten a second bowl. Aubergine stuffed with vegetables and topped with cheese was also particularly special and the chicken with white wine and garlic sauce was slightly salty but beautifully pan-fried and tender. Unfortunately the homemade cheesecake was sold out so we settled for ice cream. The trials I must suffer… 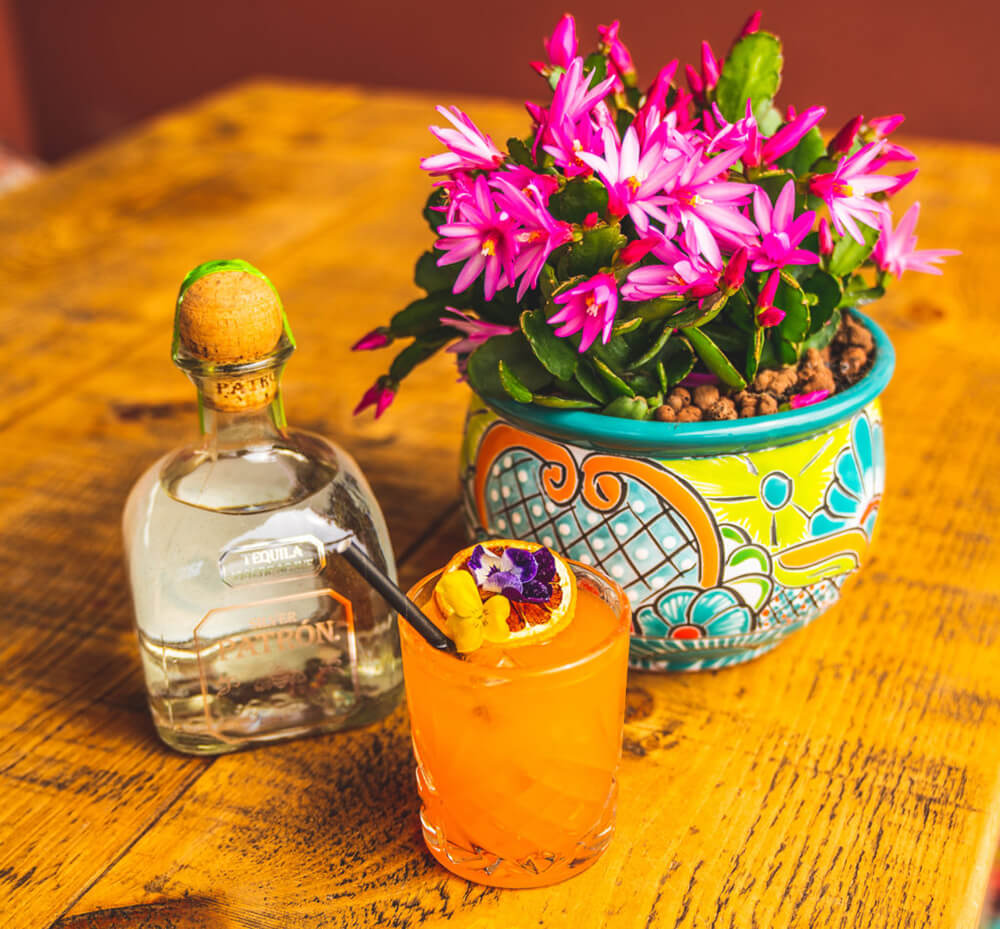 Me London has determined that it’s the start of summer so if the weather could just comply, that would be delightful. Whether the sun is shining or not, you can enjoy summer cocktails in two pop-ups, Bombay Sapphire’s Botanical Garden and Patrón’s Mexican Hacienda-themed terraces, at the hotel’s rooftop bar, Radio. With panoramic views of the city, Spirit of Summer will go on until October – to cater for our classic British weather which improves and deteriorates as and when it wishes. Patrón will be serving a selection of tequila cocktails and Margaritas – flavours include watermelon, raspberry and mango – in its terracotta-coloured cabana. The splash of colour, tropical foliage and cacti will have you thinking you’re on a beach in Mexico in no time. The Bombay Botanical Garden terrace offers an alternative setting, with garden sheds, hanging baskets and crisp, refreshing cocktails – all different takes on the classic G&T. 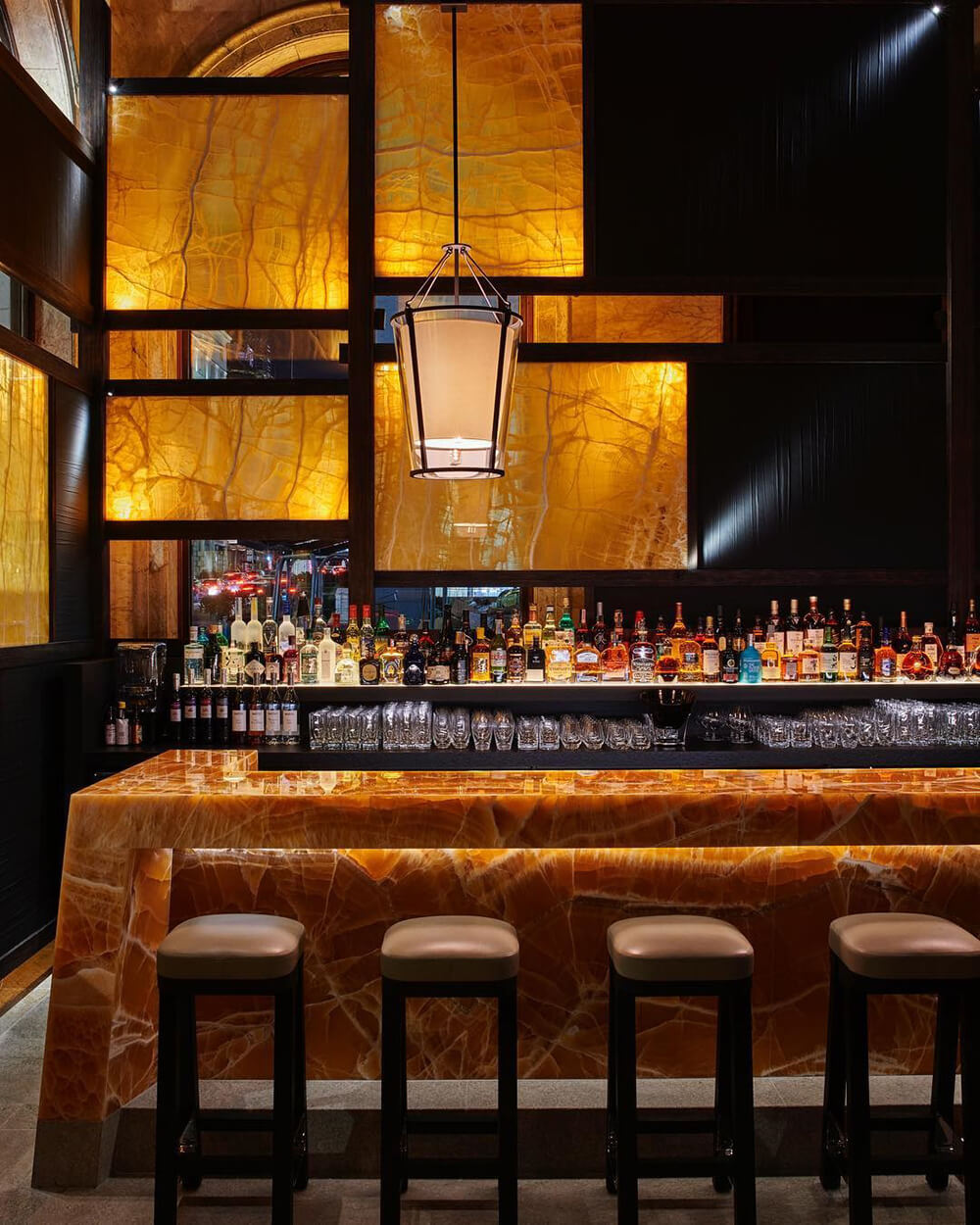 Imperial Treasure offers fine-dining Chinese cuisine and should be well-known for more than just that Peking duck. Caviar on egg white is fantastic, and the crispy lobster roll with foie gras is a culinary explosion. Launching its wine-pairing menu, the crispy rice with seafood in shrimp broth – leave room for this – can be enjoyed with a Russian River Valley chardonnay and those brave enough can try the sea cucumber accompanied by a glass of 2013 Domaine de Chevalier. 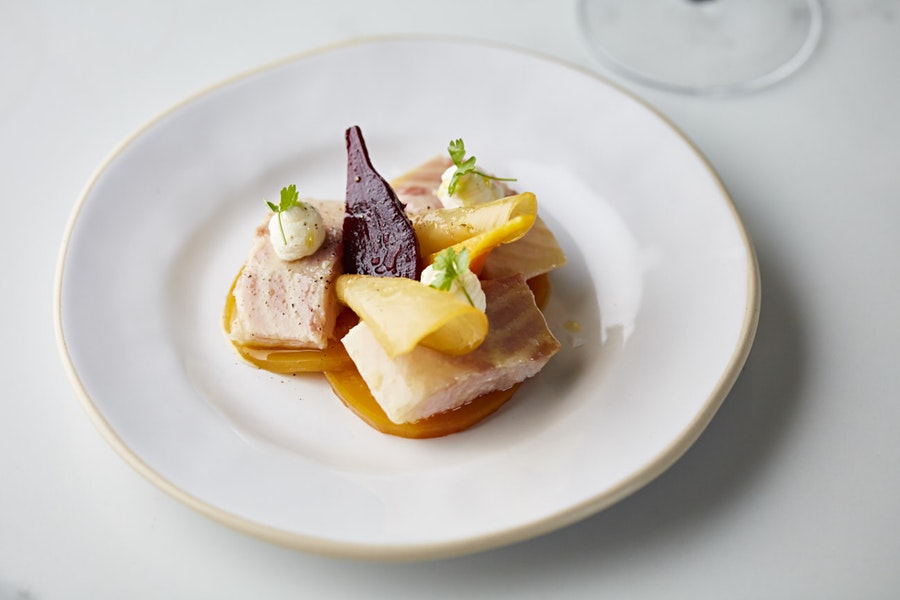 Launching this month, this seasonally-inspired restaurant is a buzzing new addition to London’s Marylebone area. With an ‘open kitchen’ concept, the menu was created by Head Chef Stefano Motta and will feature dishes such as scallop tartare with yuzu basil and green chilli, courgetti with pistachio, basil and smoked ricotta (dying to try this) and even your classic Sunday roast. See you there? 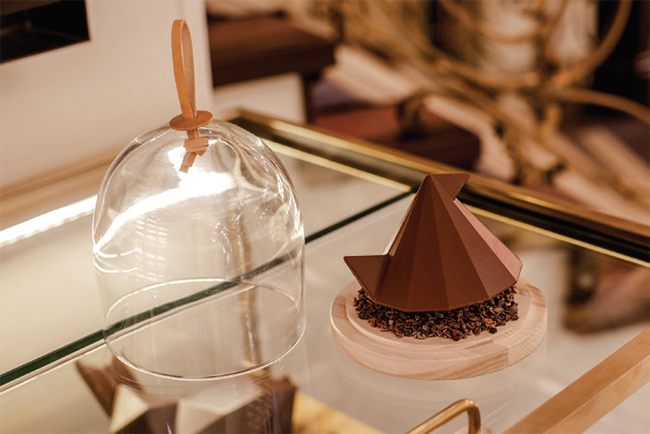 We first saw Le Chocolat Alain Ducasse open in Coal Drops Yard and to chocolate-crazed Brits’ joy, a confection store has now opened in Harrods. Flock to Knightsbridge for flavoured ganaches, pralines and à l’ancienne. With beans from more than 15 origins – Peru, Sao Tomé, Dominican Republic, Trinidad and Vietnam among others – you’ll have a hard time choosing which signature bar or bonbon to select. 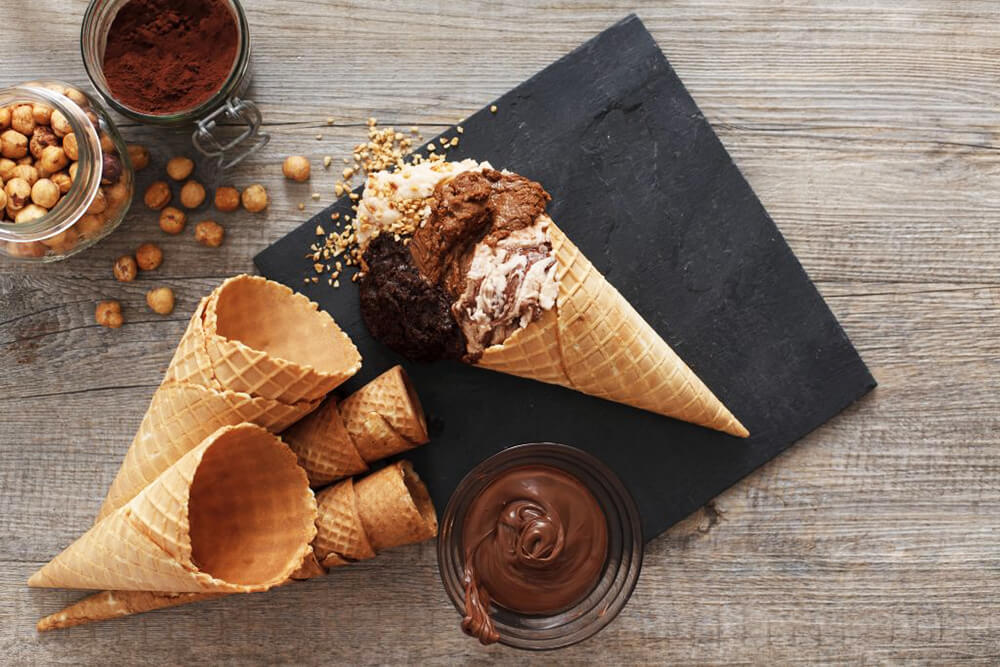 You know a gelateria is good when it’s been around for 140 years and has 350 chocolate products and 90 flavours of gelato and sorbets. With five stores in London and 100 worldwide, this is good news. This summer, Venchi launches four new flavours: Lychee sorbet will make an appearance, as will a tangerine and passion fruit sorbet, a Piedmont plum flavour and a ricotta and chocolate gelato. 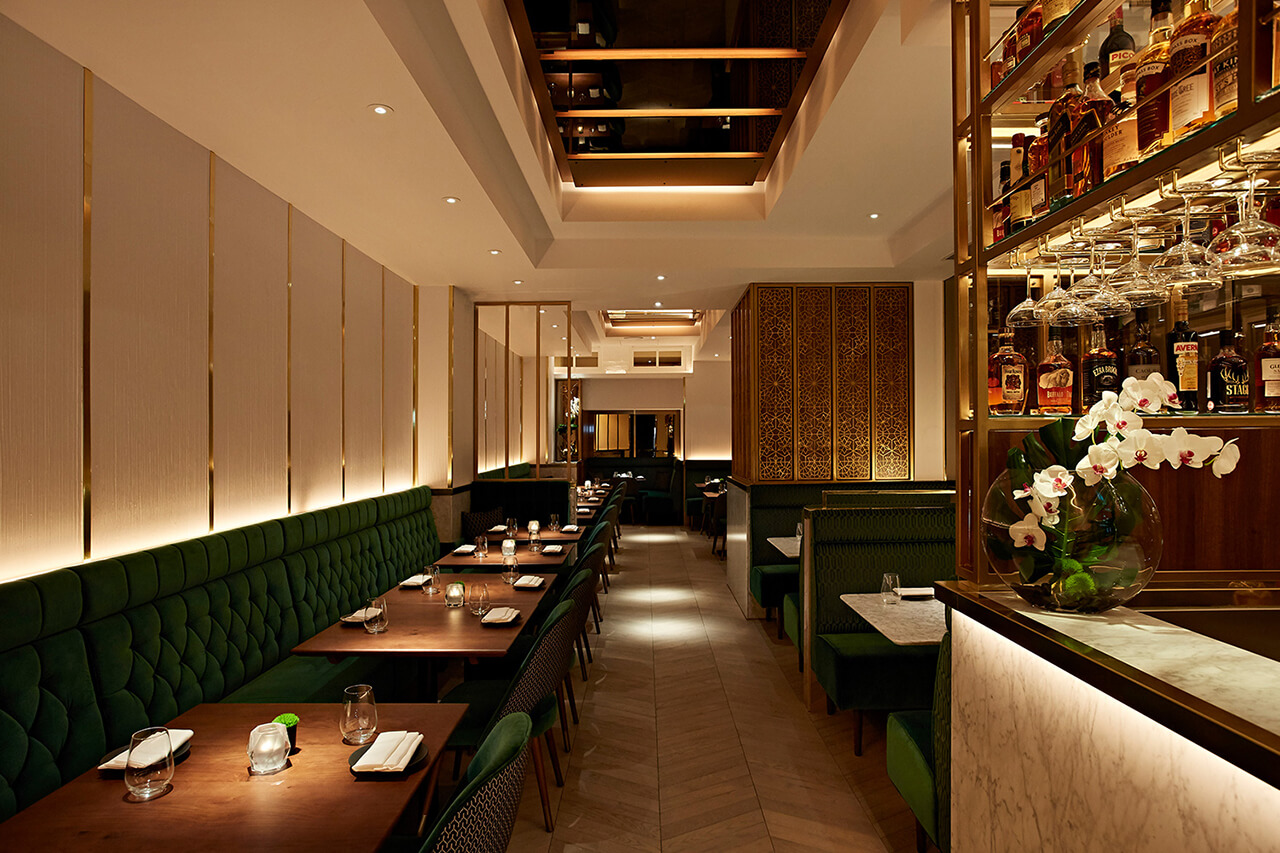 A grand restaurant, goldenly lit and in the heart of Mayfair, Indian Accent was on my list as it has been some time that I have eaten fine dining Indian cuisine. It didn’t take much persuasion to choose the Chef’s Selection menu as we didn’t want to miss out on any must-orders. Funnily enough, we started the meal with a street food concept: puchkas and five waters, featuring the likes of pomegranate, coriander and tamarind. It was quite a fun way to start the meal and a refresher from the stuffier restaurants in the area. The fenugreek chicken cornet with pickle cream was a dainty-sized dish; I would have preferred it to be slightly larger, but then that’s normally the case. The pork ribs had a killer tangy-yet-sweet, sticky glaze, perfect before our pairing of sea bass and lamb. I try lamb chops at every Indian restaurant to compare, but the fish made the meal. On the side, we tried the butter chicken kulcha which was a creamy, spicy (too) mini chicken flatbread. The treacle tart also shone brightly in this decadent tasting menu; the vanilla-bean ice cream complementing it nicely. One to go please? 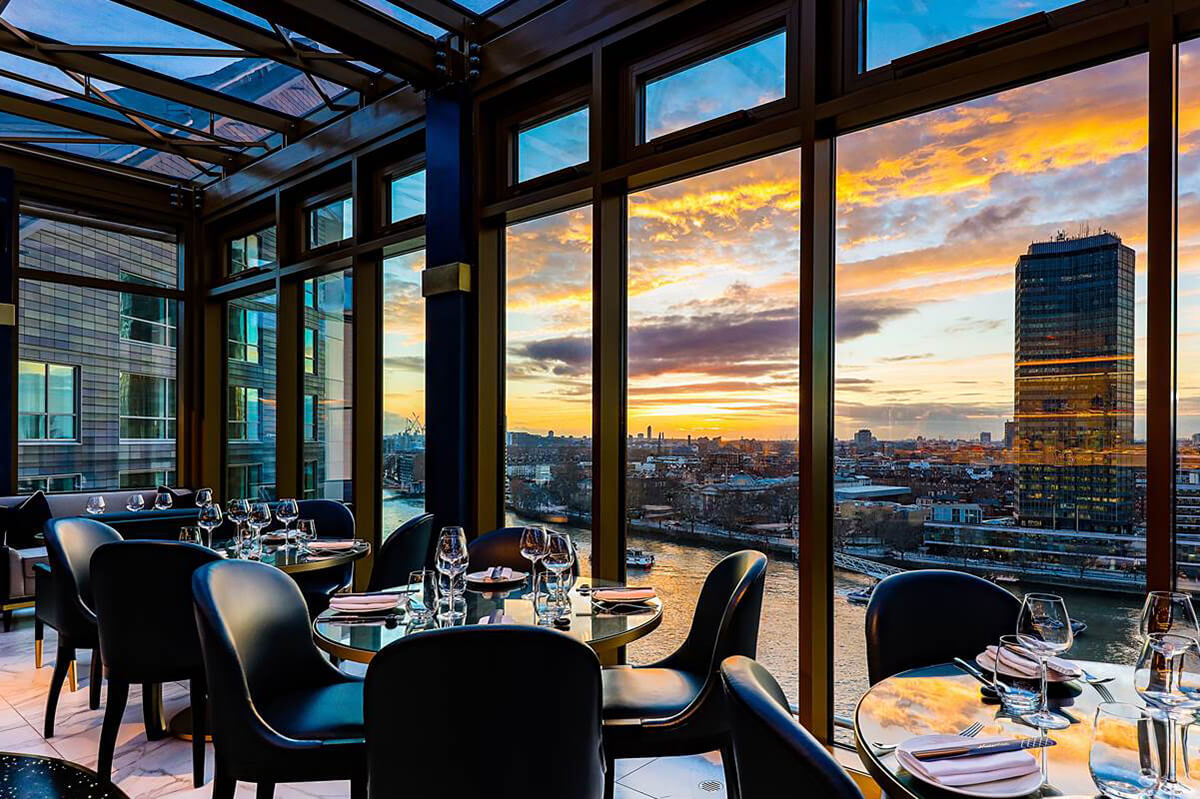 The rooftop restaurant at the Crowne Plaza Albert Embankment has an interesting dining concept. Mezemiso is a fun name, crossing two cuisines, but the restaurant has two separate menus rather than a fusion. The salted fish was a favourite, having been baked for 40 minutes and making an impressive display when broken to reveal a perfect seabass. The scallop and prawn gyoza was a great combo and the crispy shredded duck bao was classically comforting. A hamachi girl through and through, I was also glad to try the soft and creamy butter fish sashimi. 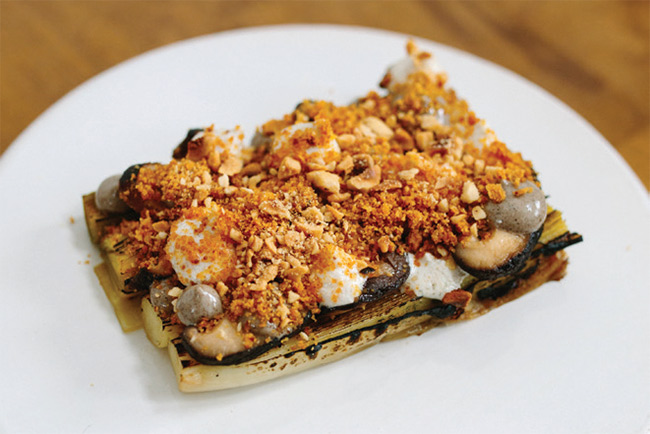 Luxury is not just about cost; it’s also about splendour and comfort. 12:51 is James Cochran’s new restaurant and the former chef of The Ledbury has a tasting menu that does not disappoint. Changing regularly, enjoy a rogue’s gallery of Cochran’s signature dishes such as his grandma’s jerk buttermilk chicken, classic, comforting and oh-so-good. A large slice of custard pie with honey and hibiscus ice cream was the perfect way to end. 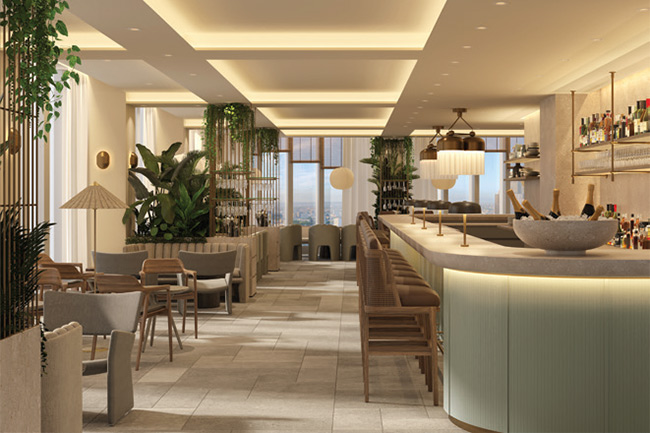 Launching in Manhattan Loft Gardens this summer, Allegra will be situated in the new 42-storey skyscraper designed by Skidmore, Owings & Merrill in Queen Elizabeth Olympic Park. With ex-head chef of Chiltern Firehouse, Patrick Powell, in the kitchen, diners can expect exciting seasonal cooking. Most of the ingredients will come from Full Circle Farm in Kent, with dishes including suckling pig with swede cake, peanut and sage. 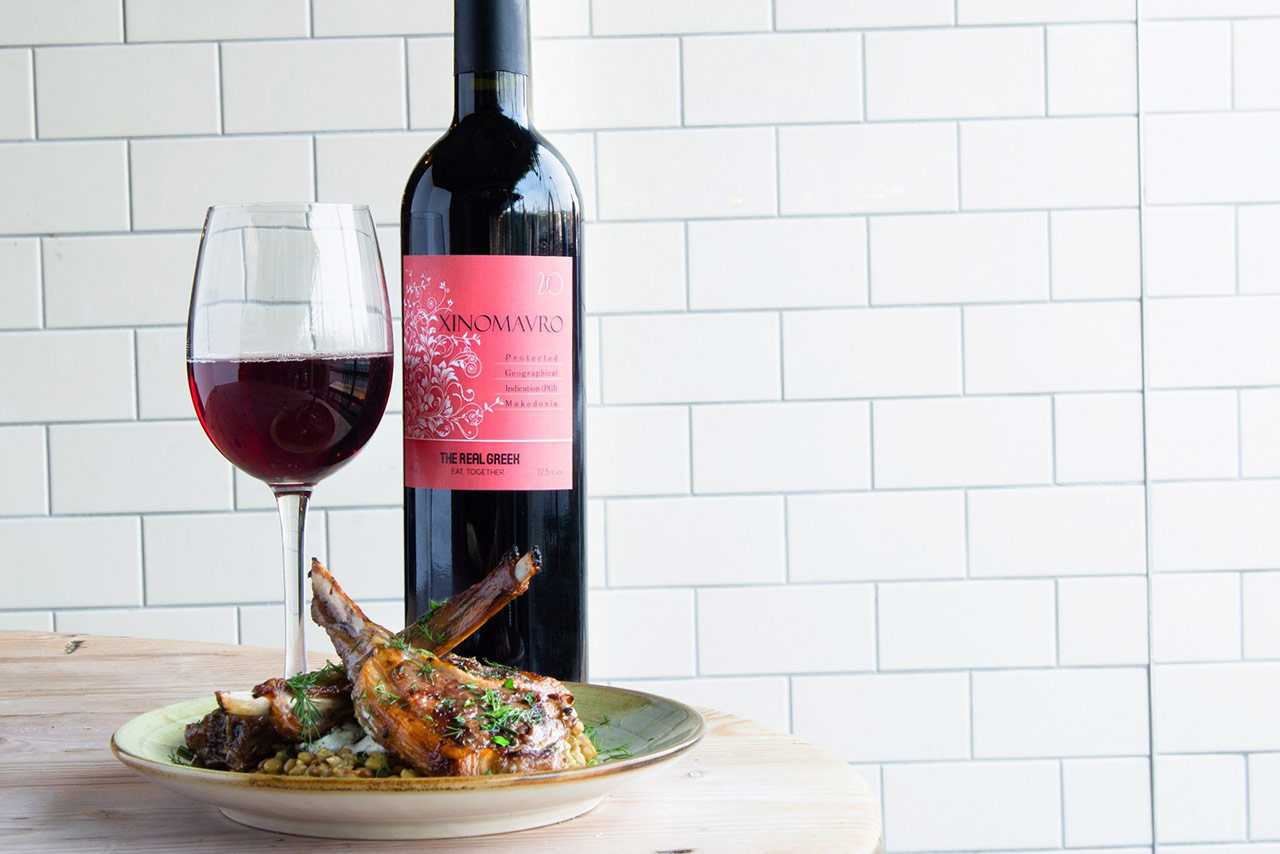 To celebrate vintage wines grown exclusively in Greece, The Real Greek group has introduced a Greek wine menu. Featuring a selection of 19 wines from the country’s finest artisan winemakers, sourced from across the country, you can have a glass from the hills of Mount Olympus in the middle of Central London. The restaurant’s own wines will also be available; four in total, showcasing the unique Aegean grape varieties with two whites and two reds. The Agiorgitiko was a particular favourite. Grown at an altitude between 250 and 400 metres, it’s a beautifully balanced red, fruity with sweet and spicy notes.