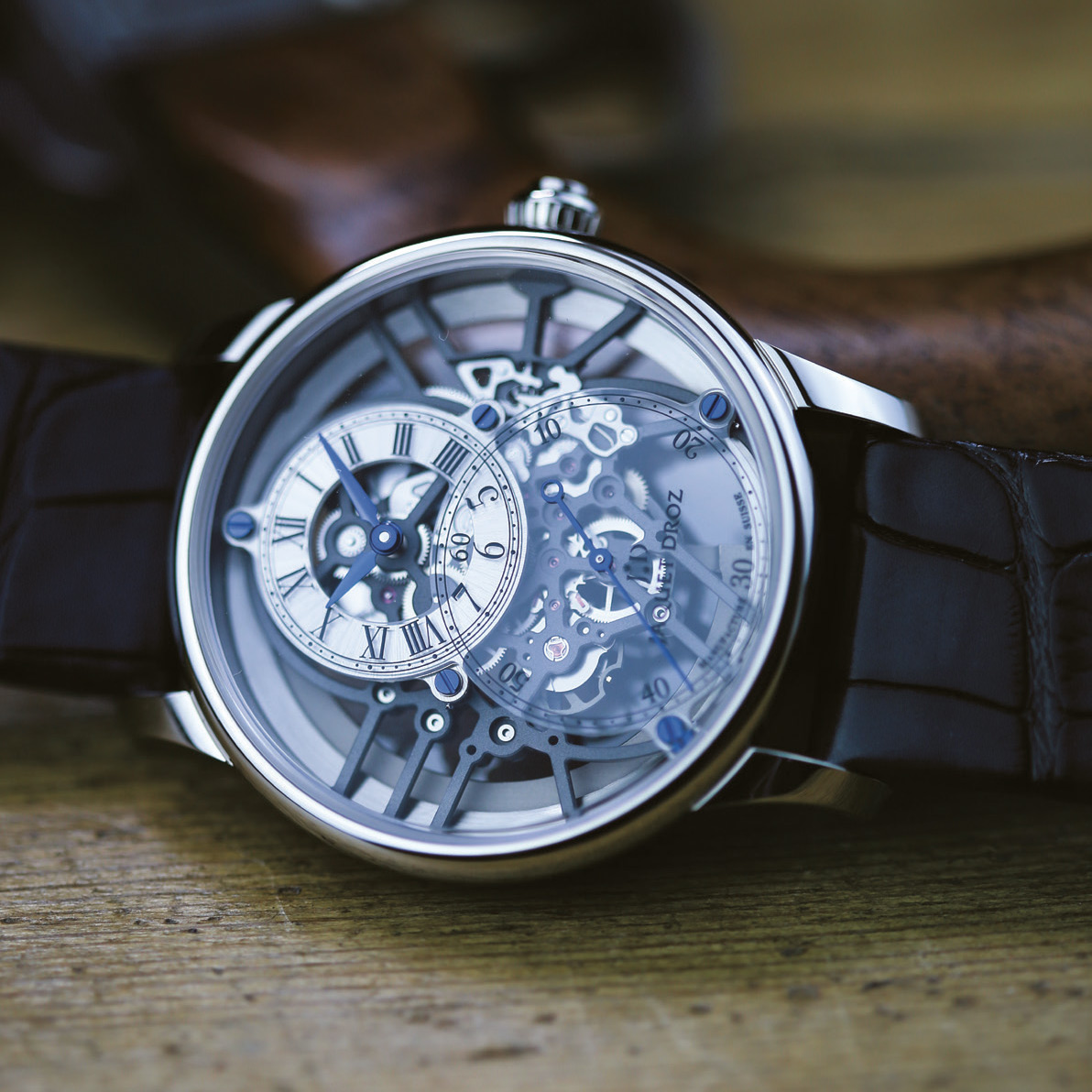 If all you’ve ever known about JD (watch not whisky, obviously) is their Grande Seconde, with its pure white enamel and minimal look right out of a watch catalogue from the 1800s, then this might come as a bit of a surprise. It has all the hallmarks of the Grande Seconde – namely that oversized subdial – but like you’ve never seen before.

A more architectural take on the classic model, the extreme skeletonisation means that the actual large seconds is on the crystal itself. It doesn’t make it any harder to read at all, seeing as the hand is still gold – it just means you can see all the inner workings at play. And beautiful inner workings they are. 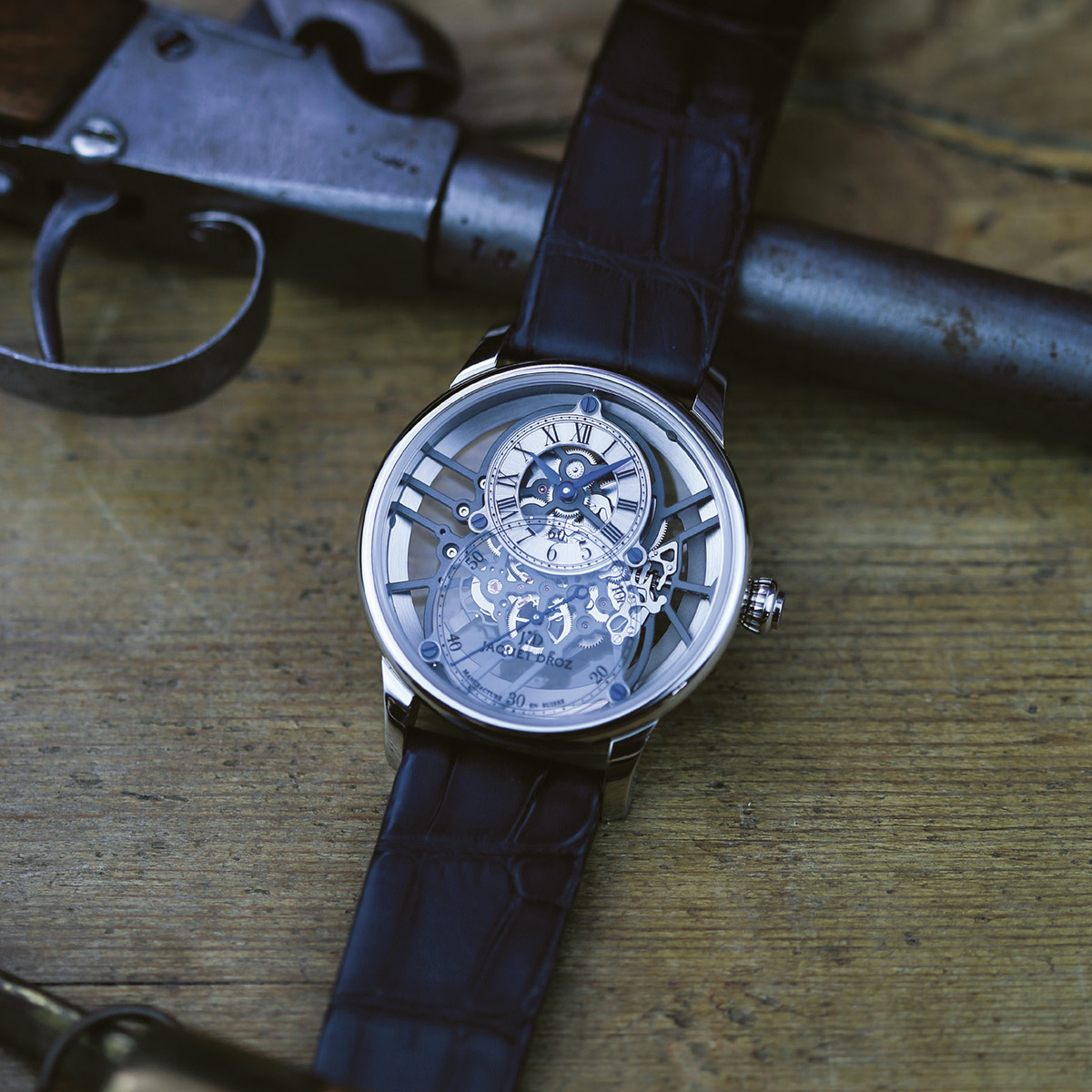 The web of bridges come together to hold the movement dead centre. The bridges aren’t actually symmetrical, which for me is great seeing as I love a bit of asymmetry. They still offer an unobstructed view of the twin barrels – with a healthy if not extreme power reserve of 68 hours – which is helped by the also skeletonised rotor.

On the wrist it’s nice and weighty without being heavy. Stripping out most of the interior parts must help with that, but it’s nice that the white gold still carries a bit of heft. This is a serious watch after all, the last thing you want is it feeling like a toy. 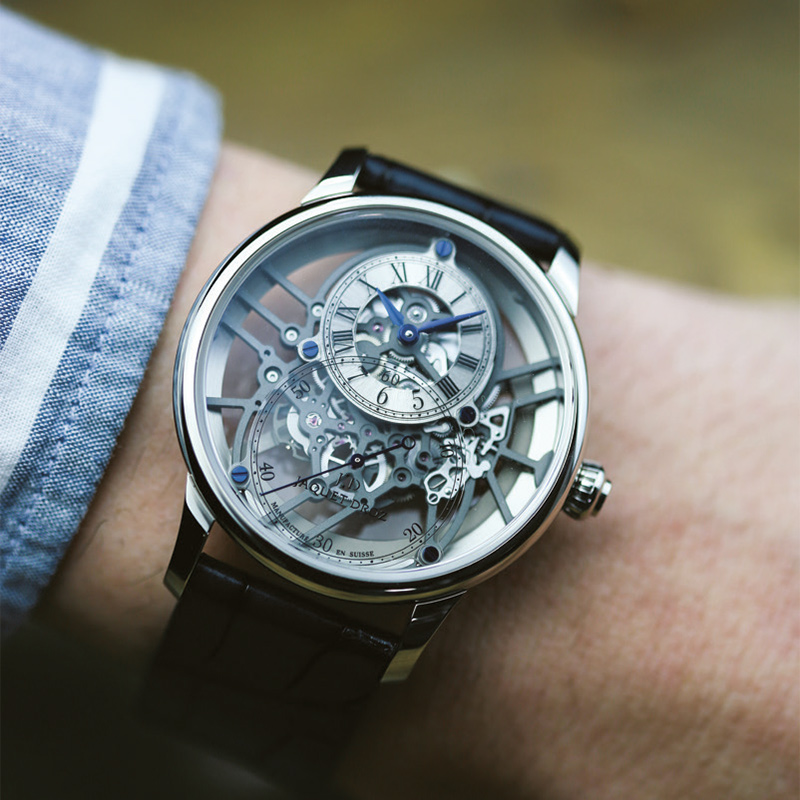 At just under 42mm it’s a little larger than some classical watches but thanks to the lugs wears very, very well. It’s not the slimmest watch in the world but still fits nicely under a shirt sleeve. That said, it’s the kind of watch you’ll want to save for a dinner jacket – and one hell of an event to show it off at.

If there’s a downside to the Skelet-One it’s the same one that all skeletonised watches have in common. I don’t like seeing my wrists through them. When you have the watch off it’s spectacular, but put it on and all the space suddenly gets taken up by your hairy wrist. It’s a pet peeve I know, and just par for the course in these kind of watches, but still, my wrist isn’t pretty enough to take up an entire dial. Other than that it really is hard to find a downside to the watch. 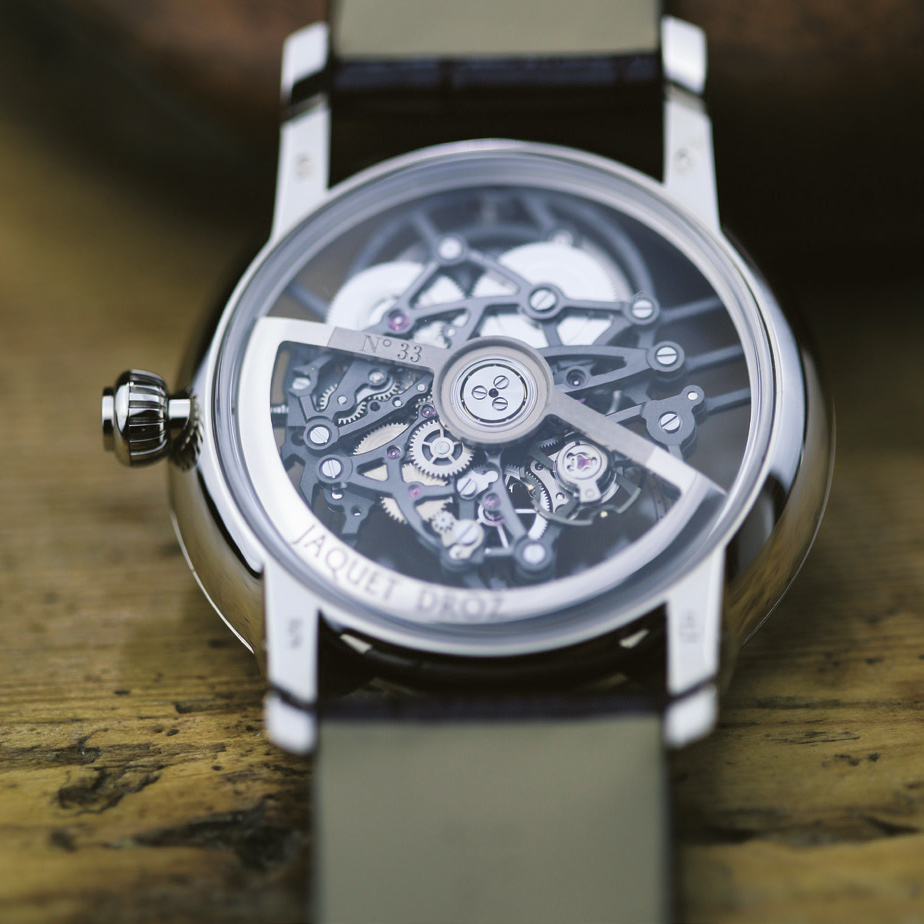 Other than the skeletonisation, it’s the same as the standard Grande Seconde, which means immaculately made and relatively simple in terms of function. It’s not ground-breaking by any stretch of the imagination, but it is beautiful.

The Skelet-One is very much a Jaquet Droz, sharing the same signature elements of their equally signature model, but at the same time it’s not. It takes those core elements and brings them from the late 1800s all the way to now. No matter whether you love classical timepieces or think Richard Mille is the ground-breaking innovator he thinks he is, try the Skelet-One on. You won’t be disappointed. I definitely wasn’t.