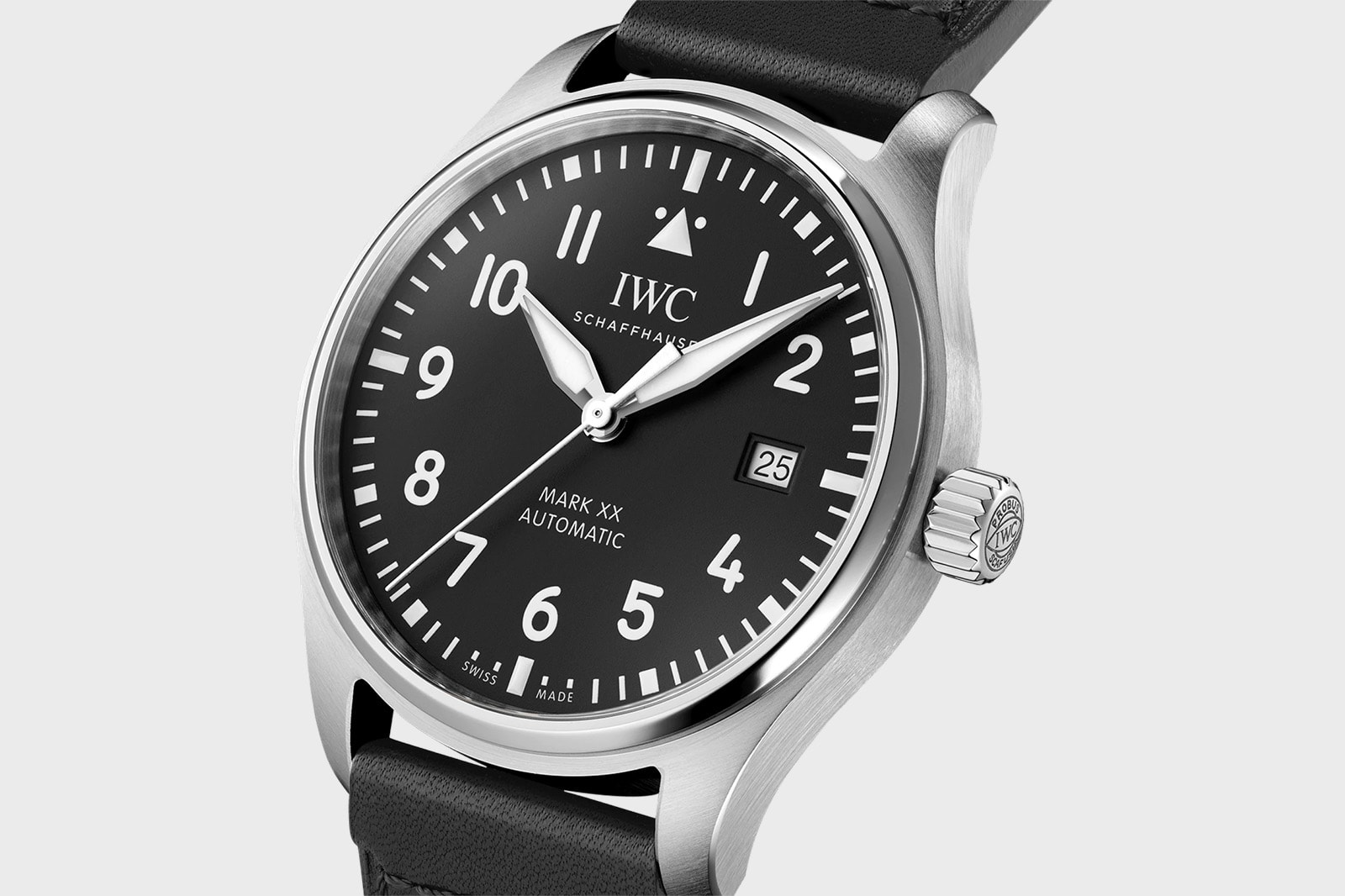 In many regards IWC’s “Mark” series of Pilot’s Watches are the comfortable, everyday wear version of the huge Big Pilot’s Watch. Although describing them as such may do a disservice to their significant heritage, tracing back to the legendary Mark XI military Pilot’s Watch. The 40mm diameter of models like the XVIII is much more wearable than even the 43mm of last year’s reduced size Big Pilot’s. Now though, IWC have released a new mark, the Pilot’s Watch Mark XX, which introduces some quality of life improvements that cement it as a premier day-to-day timepiece.

First and foremost, the dial has been redesigned to boost legibility beyond its already highly legible predecessors. Primarily that’s through adjustments to the date window, which now contrasts to the matte black or blue dial with a white background. The aperture is also larger and has been moved further out towards the periphery of the dial, providing better symmetry with the numerals opposite. 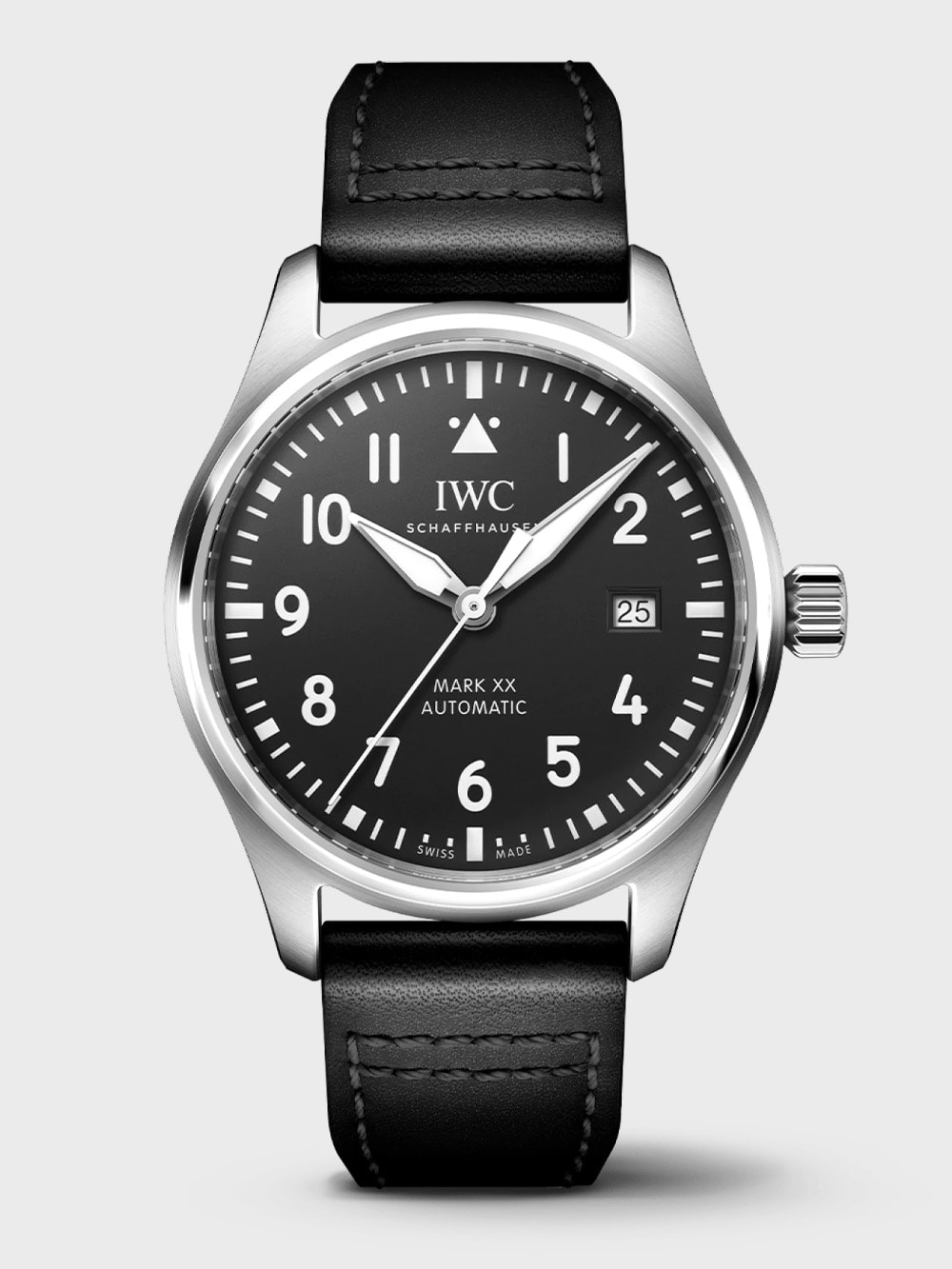 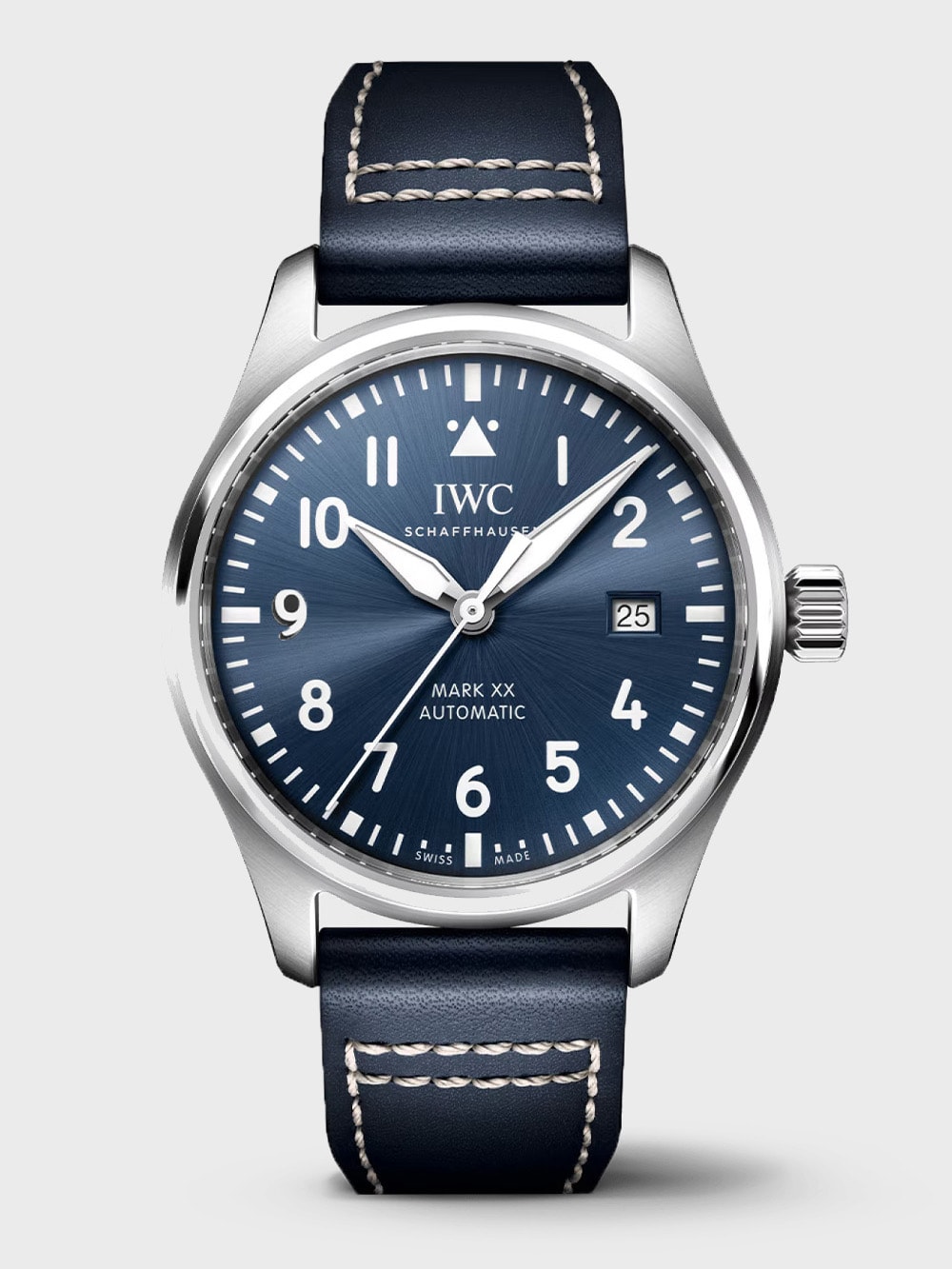 At the same time that the date window has moved outwards, the rest of the numerals have moved closer to the centre of the dial, albeit minutely. This subtle change means the hour markers at 12, 3, 6 and 9 are now rectangles, as opposed to squares as they formerly were, providing more shape to the display and filling more empty space. At a glance these might seem like inconsequential alterations but when you’re wearing a watch every day, every small issue becomes obvious.

IWC have taken a similar approach with adjusting the Pilot’s Watch Mark XX’s case. It’s still 40mm but the height has been reduced to 10.8mm from the XVIII’s 11mm – IWC never made a Mark XIX, an odd oversight but perhaps XX just sounds better. 0.02mm isn’t likely to make all that much difference to the wearer’s experience but a game changer is the new water resistance rating, which is 100m instead of a measly 60m. That takes the watch from being a timepiece you’d like to wear everywhere without worrying about falling into a body of water (it could happen…) to one where you genuinely can. 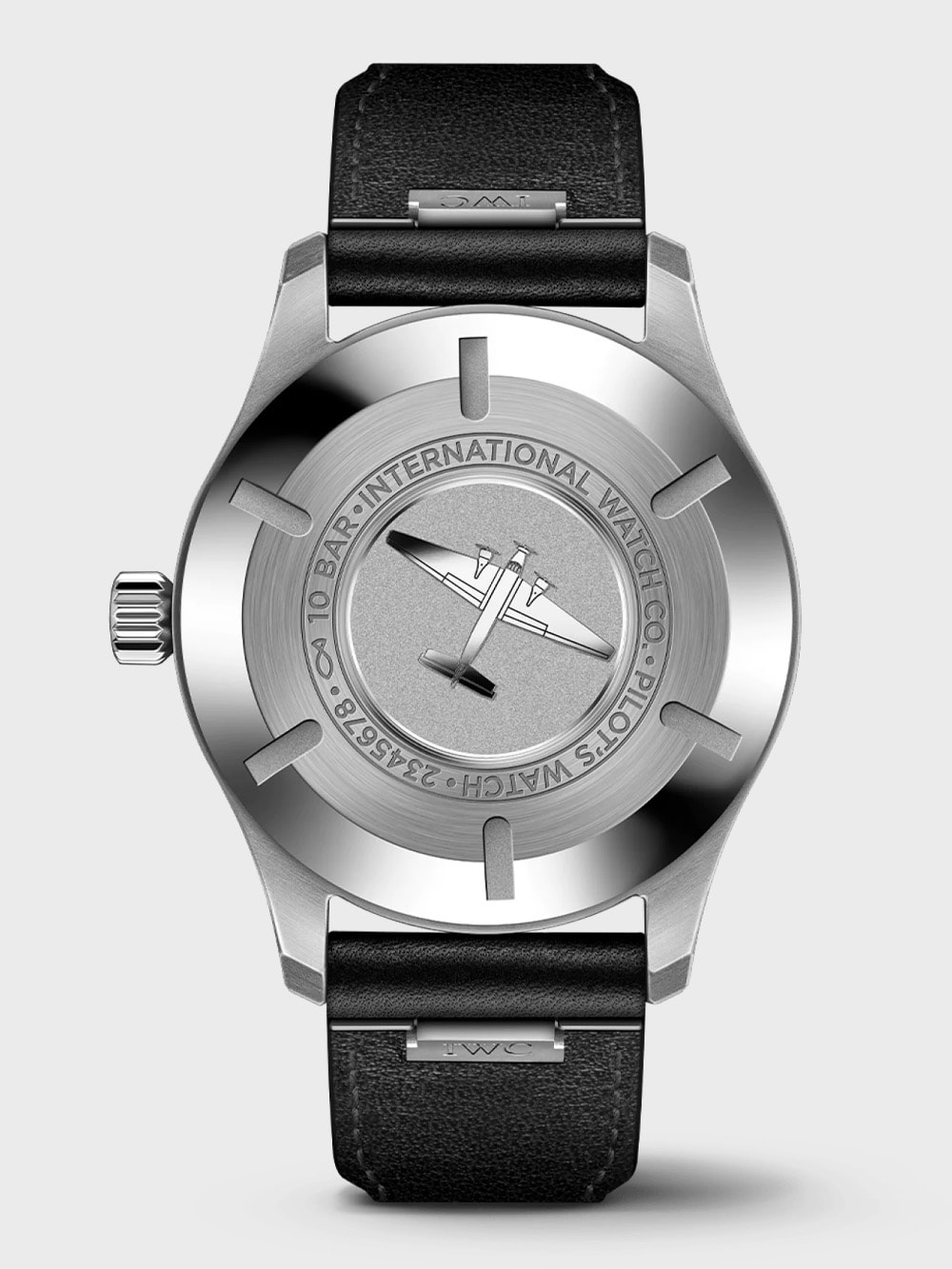 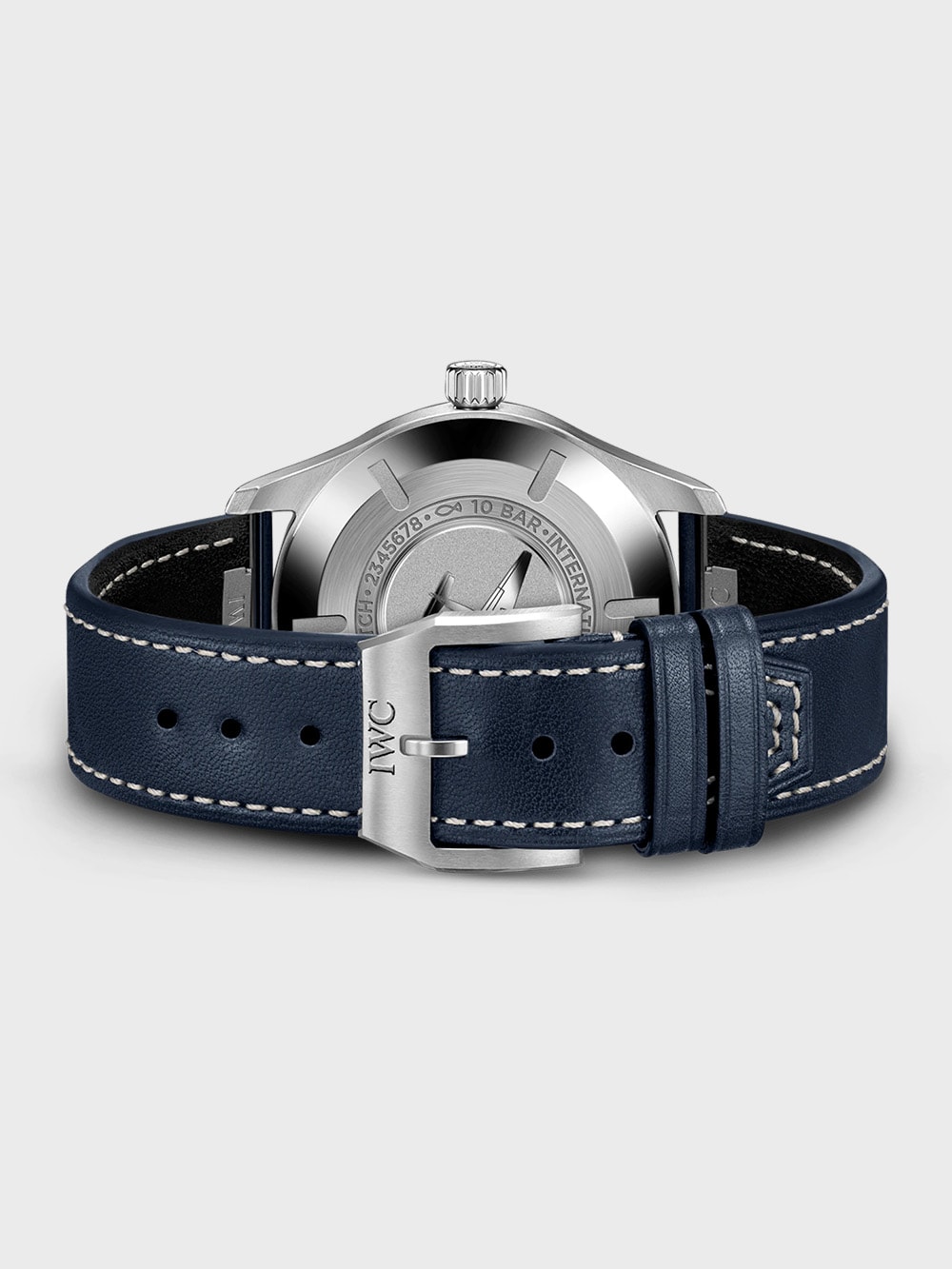 At the centre of the of these changes is the in-house movement 32111 Calibre. It allows for the thinner case and repositioned date window and is an all-round improvement on the Sellita number housed in previous Marks. It’s automatic and has an impressive 120-hour power reserve, which is perfect for daily wear as once you’ve set the time, you’ll practically never have to touch it again.

With the introduction of an in-house calibre and several quality improvements comes an increased price of £4,850. That’s up by £760 on previous editions when comparing leather strap options, which is currently the only choice for the Pilot’s Watch Mark XX – although any IWC strap or bracelet will work as it has their quick-change system. It’s incredible that relatively few changes can have a major impact on a watch but Mark XX might be IWC’s best release of 2022 so far.