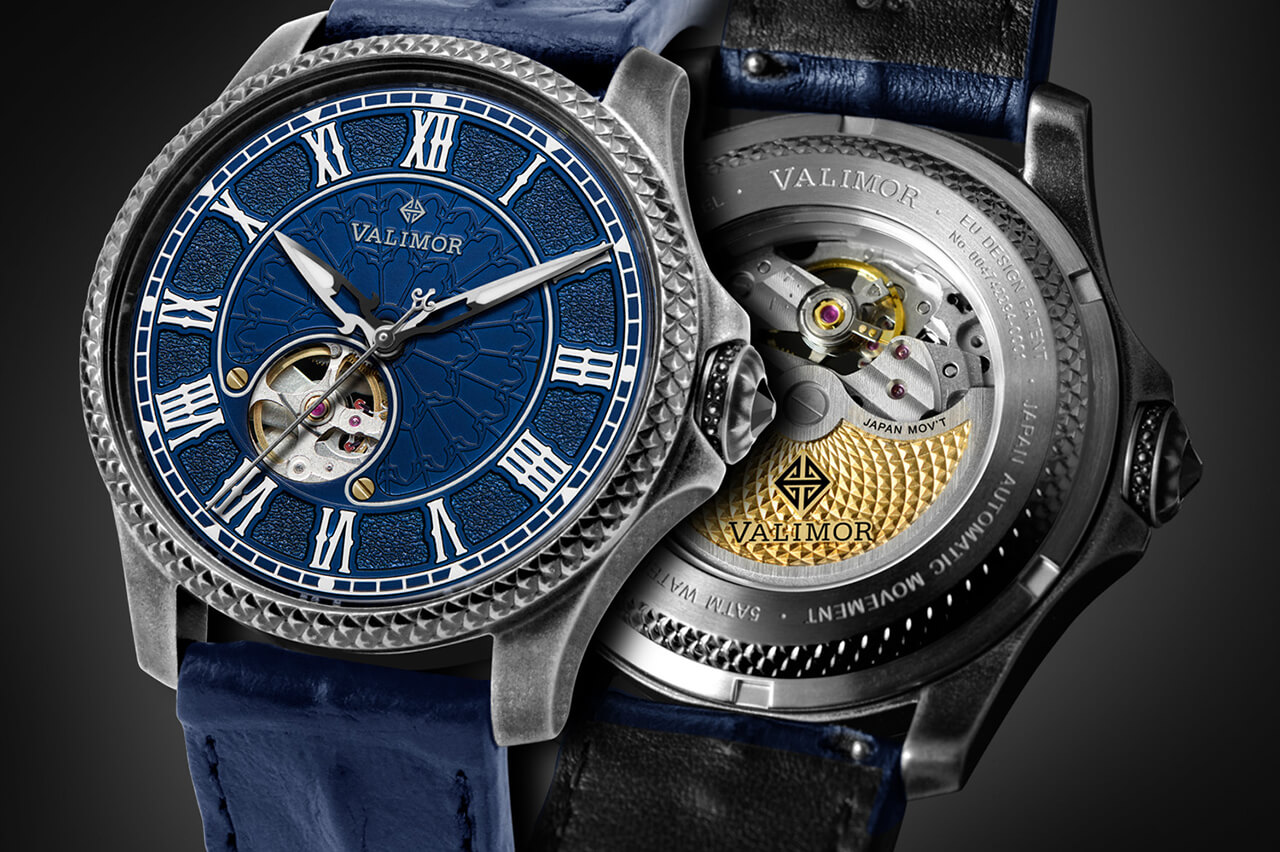 We’re used to seeing classical touches in watchmaking; a fine timepiece is archaic in and of itself so the kind of hand-finishing and fine craftsmanship that’s part of design motifs and themes from the past fit perfectly. Yet  even by those standards, the inspirations behind the Valimor Valknut are ancient.

Available in two distinct designs, the first is the horological equivalent of a gothic knight, an impressive piece of watchmaking bedecked in extraordinarily ornamented armour. Working from the out inwards, the first thing you notice is the serpentine, dragon-scaled bezel. It’s a solid, striking element and one that instantly differentiates the Valknut from… well, anything else. 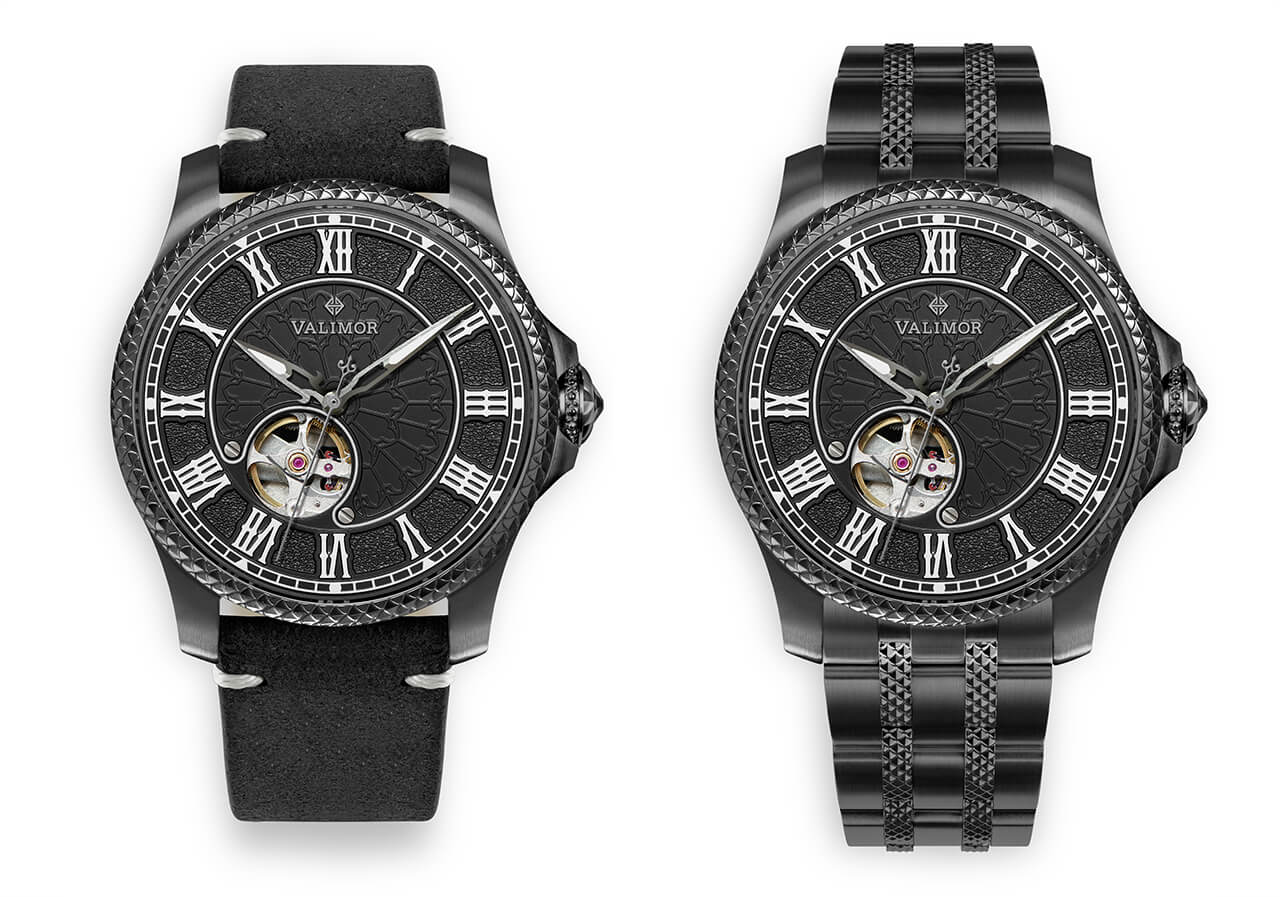 Then we get to the chapter ring and numerals that look like they’re taken straight from an 17th century clocktower, interspersed with textured panels for a rich, layered look to the dial. At the centre is a design similar to wrought iron metalwork, again intensely gothic in style.

The final flourish is the open heart of the watch, the richly-decorated balance wheel that’s part old carriage clock, part modern watchmaking. Indeed, the movement is where the contemporary meets the classical, powered as the Valknut is by Japanese Miyota 82SO Automatic calibre, complete with a 40-hour power reserve. 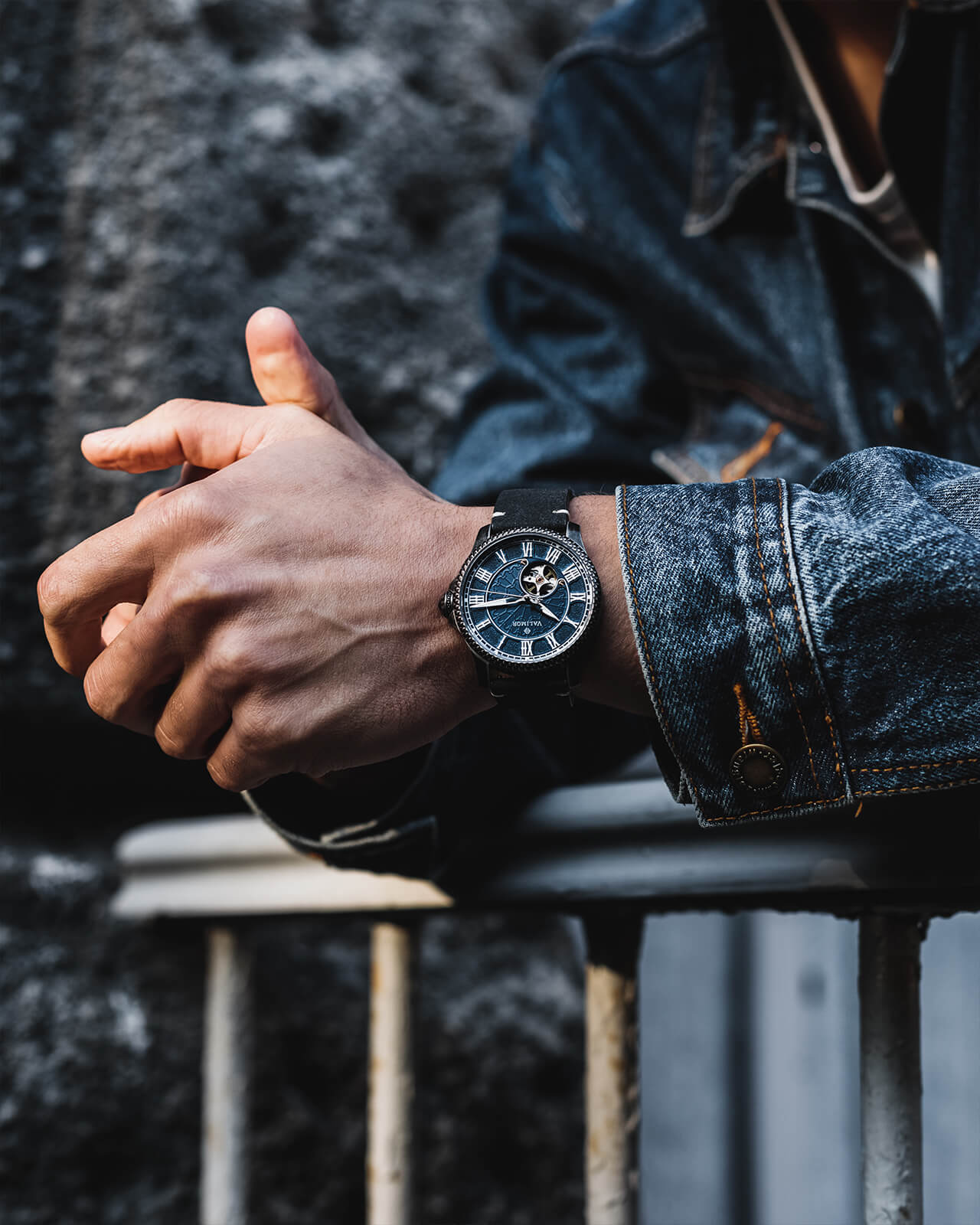 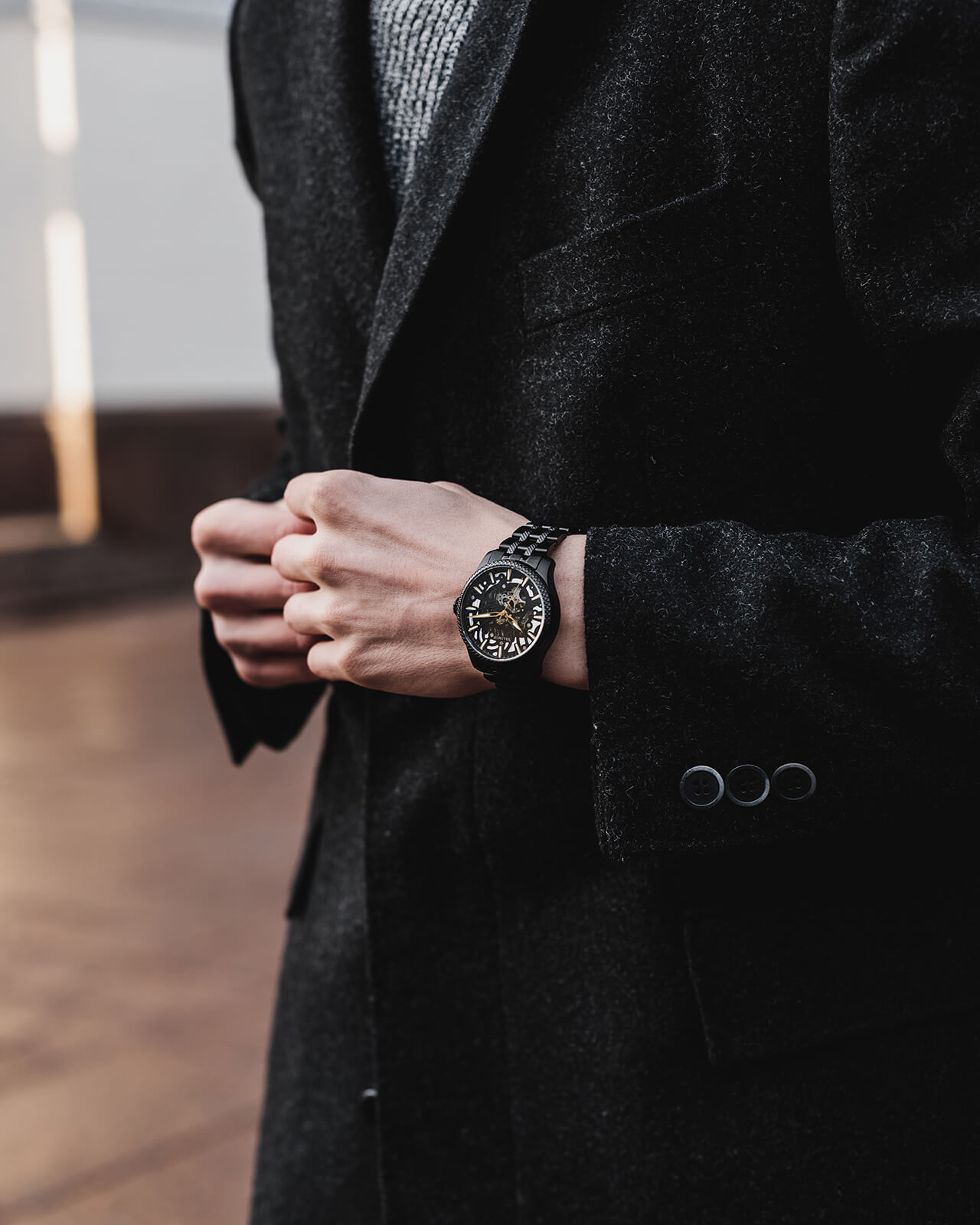 It’s something that we see a lot more of in the second variation of the Valknut. Rather than the ornate numerals and multi-layered finishing, the entire dial has been skeletonised in a strikingly architectural swirl of bridges.

It’s a more stark contrast of black and silver than just having the open heart and gives the whole piece a more modern, technical look. It’s still powered by the same Miyota movement and boasts the same customised, beautifully-engraved rotor; it’s just a twist on the same formula. 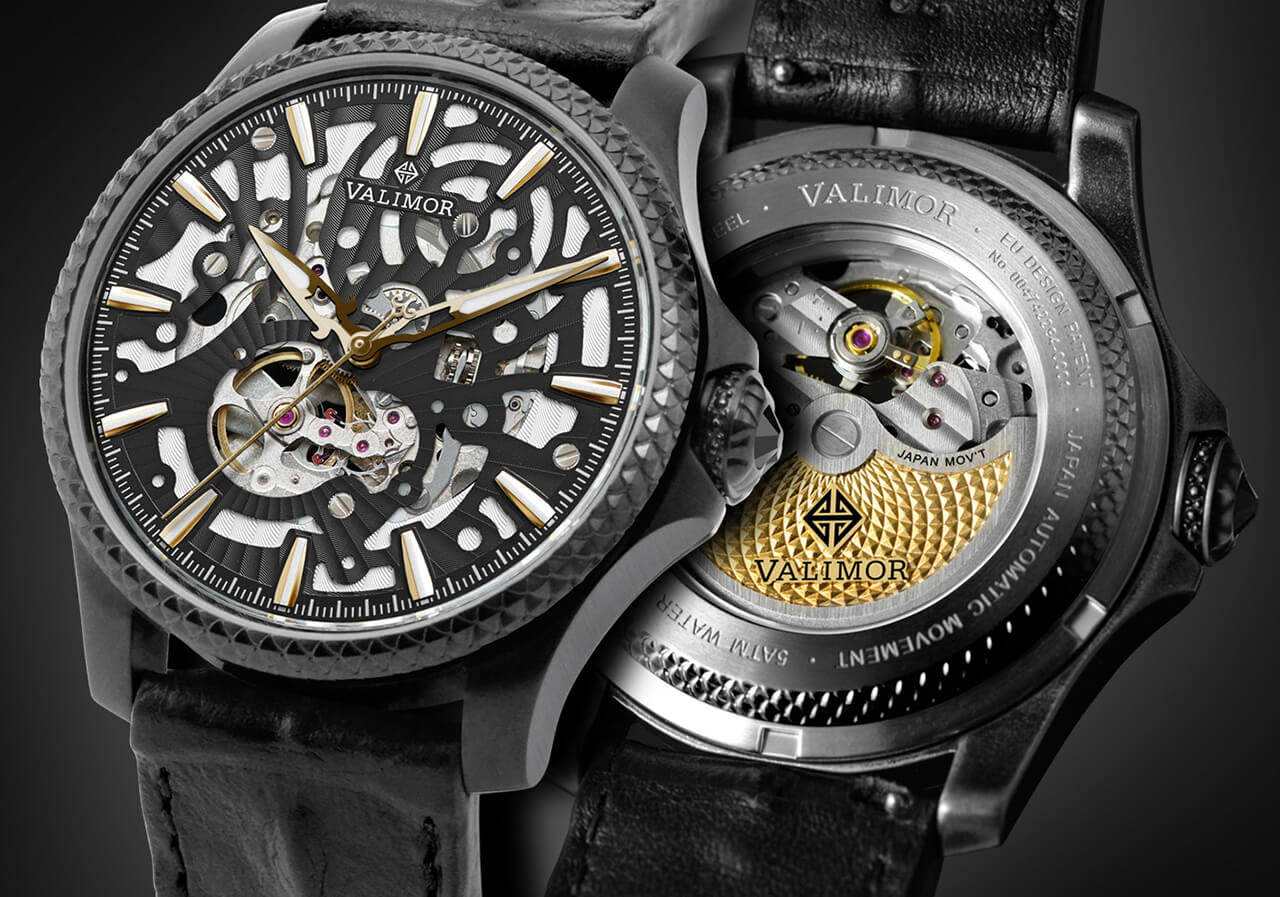 Of the two we prefer the dial version over the skeleton, particularly in the black with white numerals. The darker colouring lends itself to the gothic influences which, having seen plenty of skeletonised watches of late, make the design stand out for the better.

No matter which variation you go for –  black, white, blue or skeletonised with variously coloured indexes – the Valimor Valknut is a lot of watch for the money; the standout design backed by a solid automatic movement will set you back £380 – £444. With the iconic Royal British Legion poppy depicted on their crowns, these watches are touching...