Speak to any Vacheron collector about their watches for more than a minute or two and they’ll happily tell you that the maison is the longest continually operating manufacturer in the world. It’s an impressive record of course, but one that is to all intents and purposes just words – words you can only really understand the gravity of once you get your hands on Vacheron’s Les Collectionneurs.

Where most of the old maisons are more than happy to let their finest pieces languish in museums for posterity, Vacheron Constantin takes a different approach, taking it upon itself to source, restore and resell some of its most historically significant models.

Forget the fact that it’s a novel initiative for a second; more importantly, it’s a way of introducing collectors to Vacheron timepieces they otherwise might not know about. There are some weird and wonderful pieces in Les Collectioneurs, from prism-shaped crystals to aluminium pocket watches weighing less than a Kit-Kat. Yet if there’s one even Vacheron struggles to hold on to, it’s the Ref 6087 Cornes des Vache. 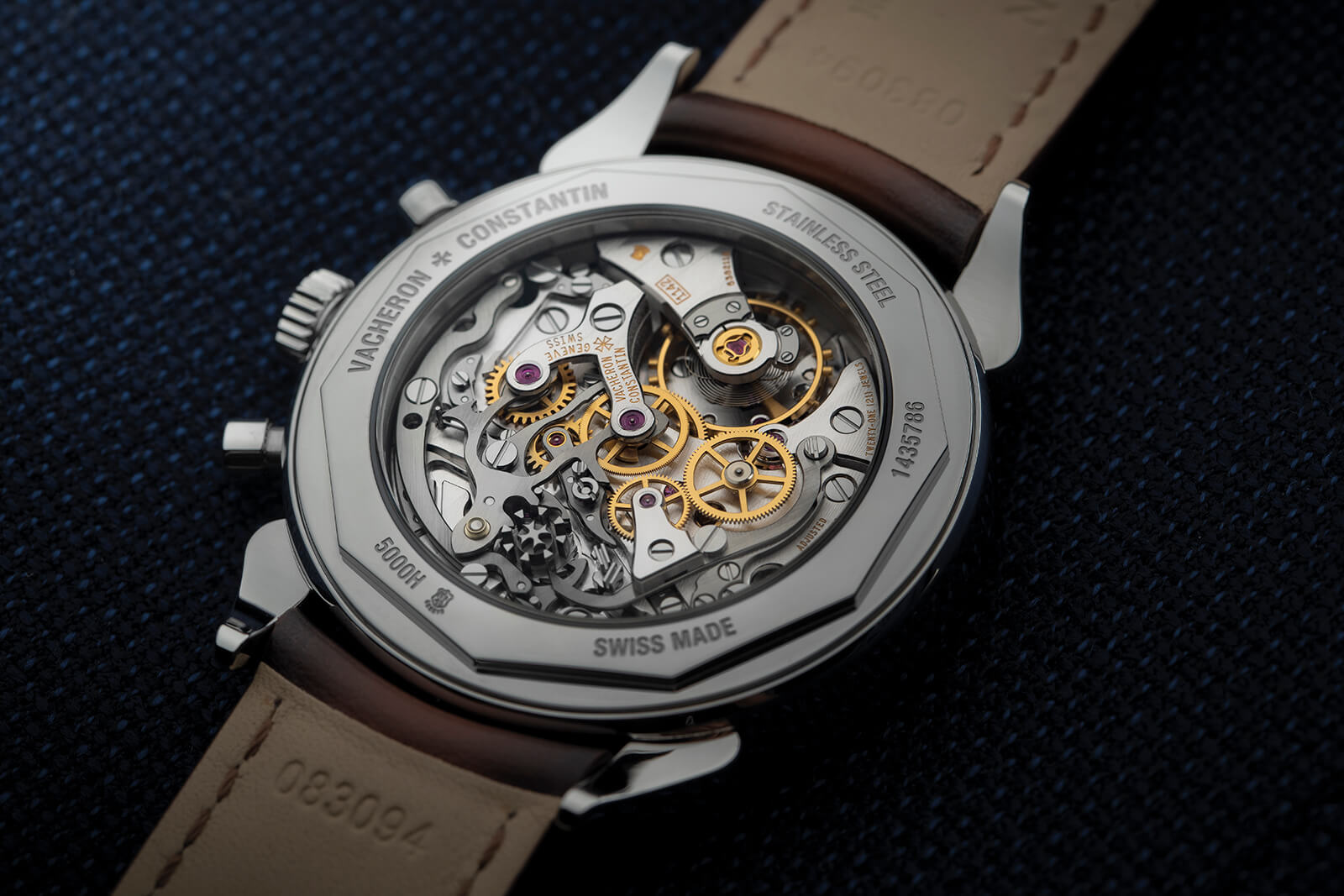 The Cornes de Vache was Vacheron’s first water-resistant chronograph, way back in 1955, and was arguably the maison’s sportiest model. FYI, back then water-resistant meant to 30 metres. Still, that alone would have been enough to ensure a certain level of success. Well, that and its watchmaking heritage of course. But back then watchmakers were more inclined to take chances and, rather than stick with their usual classical case shape, Vacheron added those lugs.

The cow-horn-shaped lugs are what gives the watch its name and are what elevate it above even other vintage Vacherons. Long, flowing and downright eccentric, they turn an otherwise lovely if unmemorable chronograph into pure crack for collectors. They in turn have sought it out more thoroughly than a junkie on a comedown, and today the Cornes de Vache is up there with the iconic Chronometre Royal or the equally off-kilter American. 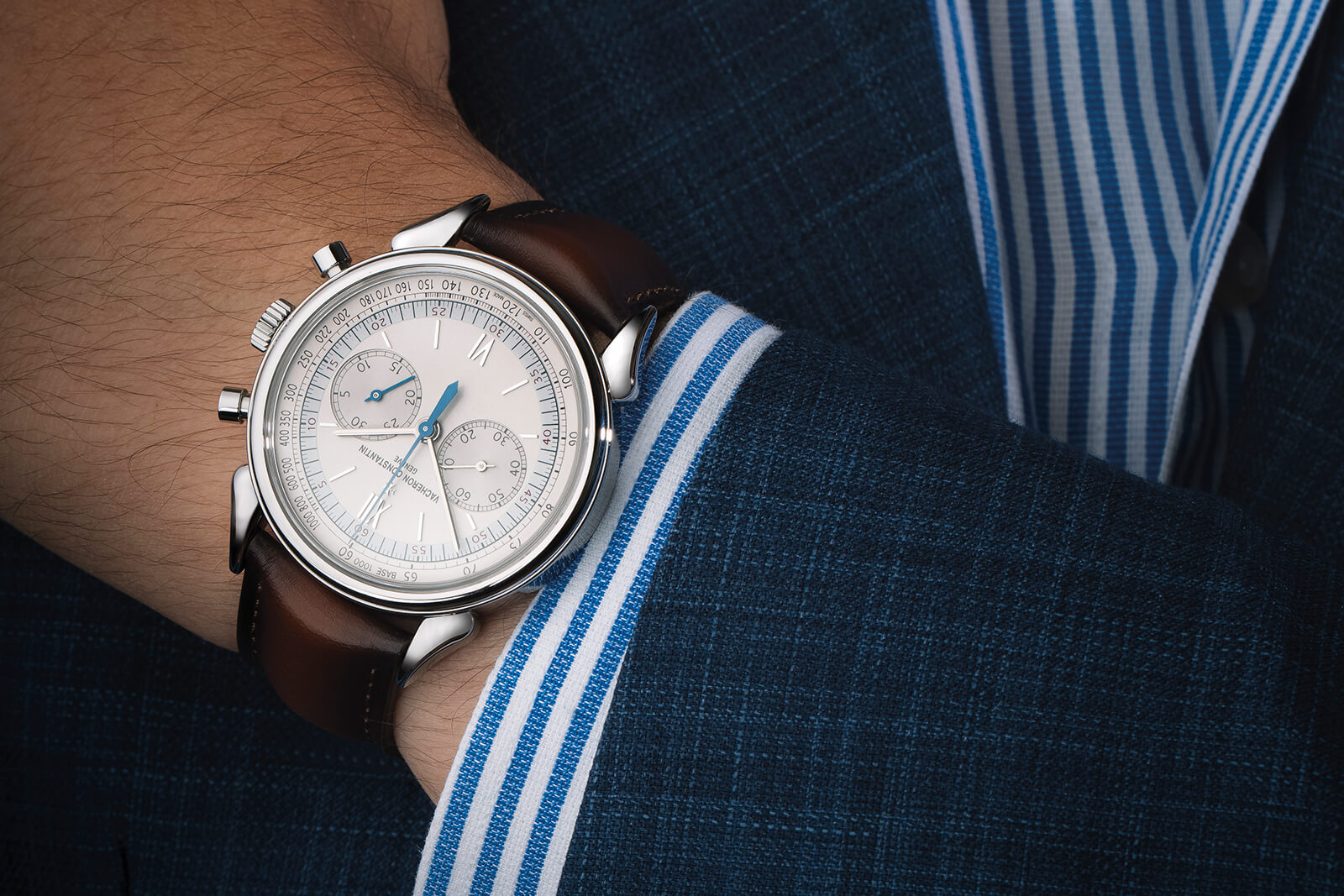 Until… well, right now, the Cornes de Vache has only been available in precious metal and with a faithful white dial to match. Not so the latest version, which brings a slightly more contemporary feel to the historical classic.

It still has all the hallmarks of the original 1955 model of course, from the tachymetre dial to those legendary lugs. However, said lugs have been shortened a little – as have the stopwatch pushers – to bring them a little more in line with modern tastes. I personally love the original elongated lugs, but it’s an understandable change and makes it a little more wearable. Part of that is thanks to the case size too, which has been upped to 38.5mm – still in line with vintage sizing, just without looking ridiculous. 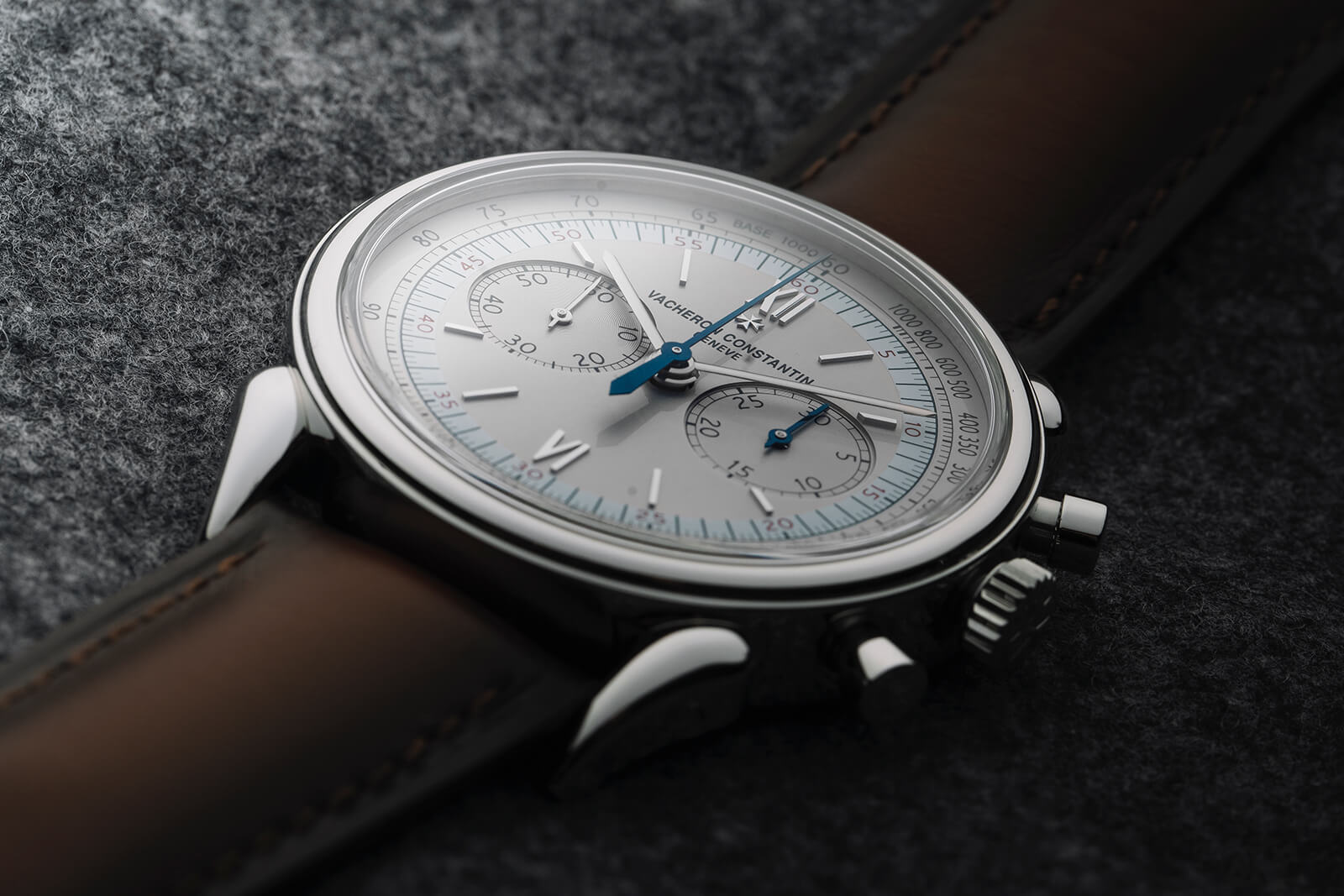 On the dial, the safe white has been replaced with a grey to match the steel, with a contrast minute track with red numerals for a bit more readability. The blue steel second hand has been widened a little bit but is otherwise the same shape as the nearly 65 year-old original. The watch is finished with a dark-brown strap, complete with a stunning patina, courtesy of the Milanese leatherworkers at Maison Serapian. 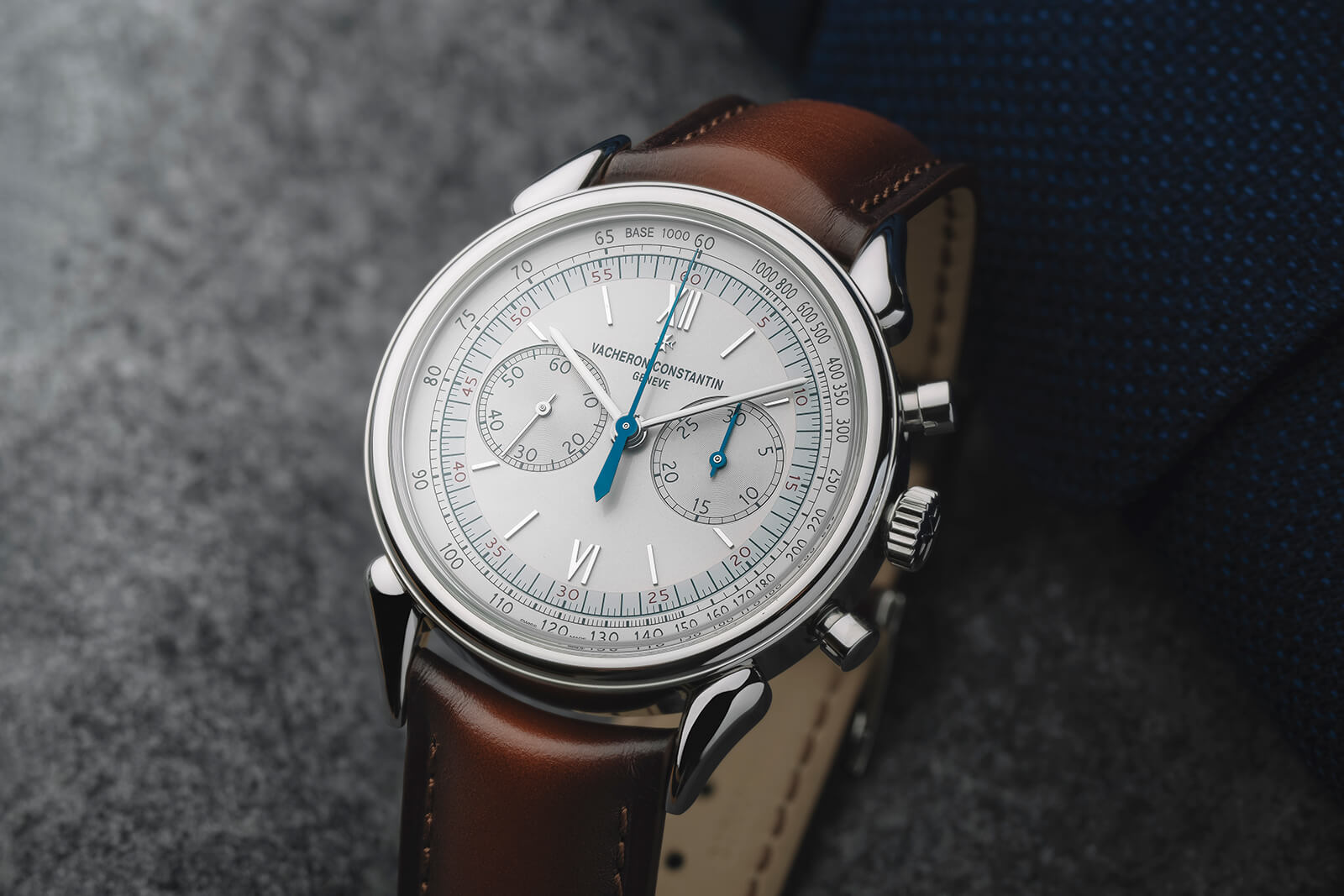 As is the case with re-issues across the watch industry at large, those little aesthetic tweaks are the smallest change. The greater alterations have happened inside the watch, replacing the old calibre 492 movement with a calibre 1142 manual-wind. However, the change is one to entice rather than discourage purists.

The column wheel chronograph is a work of art. I don’t mean that in the sense of it being impeccably finished; that should go without saying. More is that Vacheron has opted for a lateral clutch. Now, I’m not about to go into the differences between a vertical and lateral clutch; the mechanically minded among you can likely work it out. All you really need to know is that vertical is technically better, making Vacheron’s movement a beautifully archaic homage to the past. 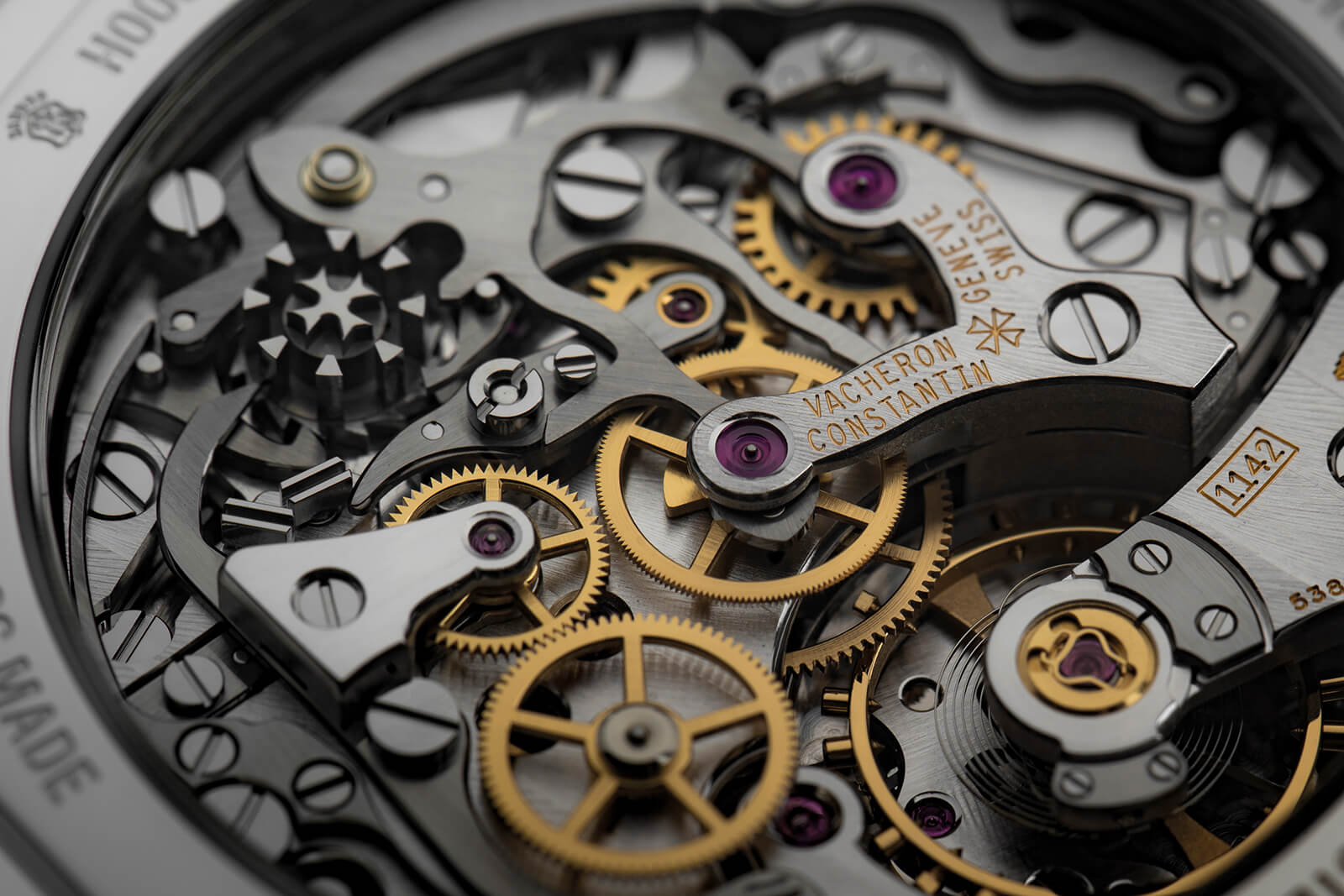 Sure it’s had some minor alterations, but then what iconic design hasn’t been let out a little here and there as the decades roll by? Yes it’s in steel, but that makes it more accessible – which is no bad thing. The lugs have been altered but the result is in many ways preferable. The Historiques Cornes de Vache isn’t the original… but it’s an homage for the modern era.

And hey, if that still won’t do, you can always just buy the original. I’m sure Vacheron would be more than happy to accommodate you. 5 Alternatives to the Cartier Tank