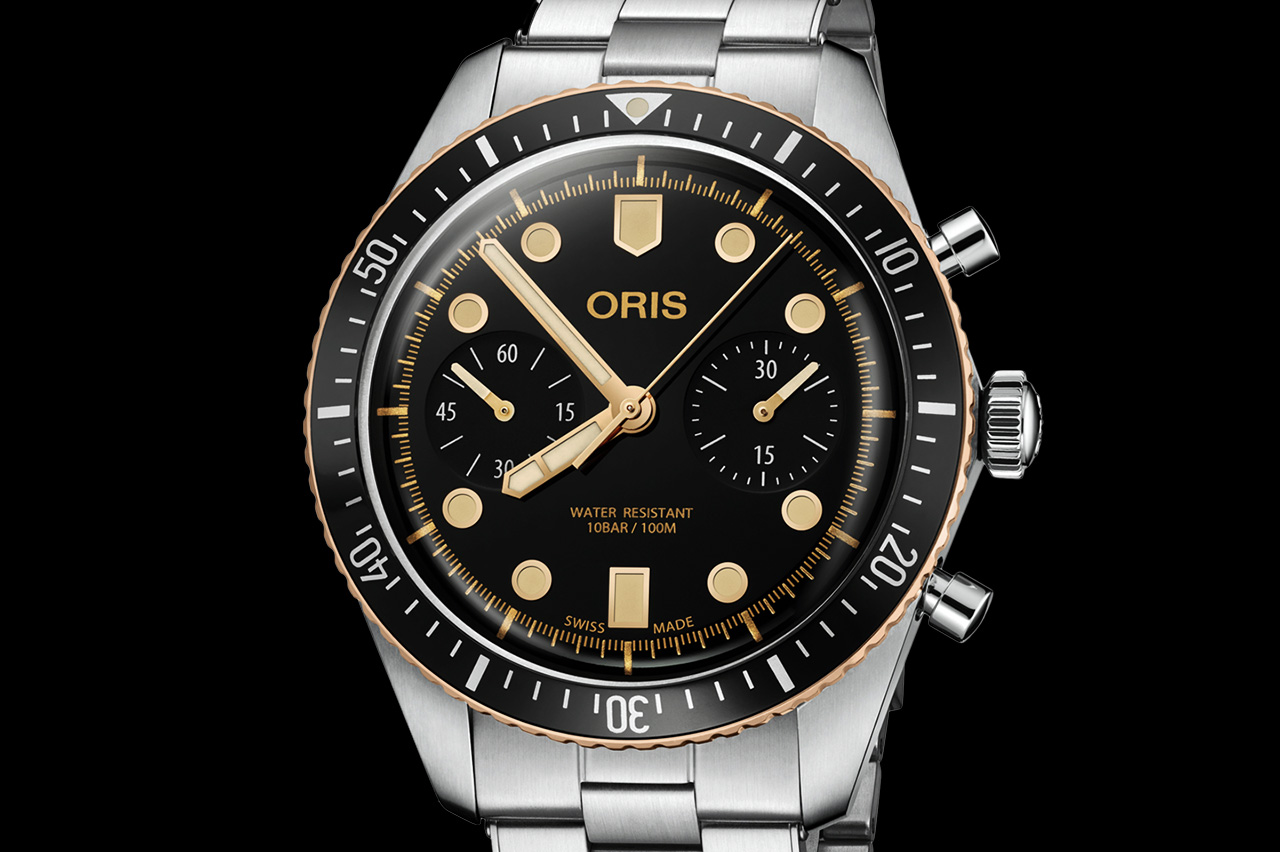 This is one Oris has been teasing for a while now. Last year there was the Carl Brashear limited edition chronograph, seriously cool even if it didn’t commemorate the first African American in the navy. Then there was the Bucherer Blue edition which these days speaks for itself. After all that horological titillation however we have finally reached the climax: the production version of the Divers Sixty-Five Chronograph.

I’ll put it bluntly, the vintage-styled Sixty-Five is one of my favourite diving watches out there. Not just because it’s affordable (although that’s a huge point in its favour) but because it’s one of the most elegant, retro-cool underwater instruments there is. The new chronograph solidifies that nicely. 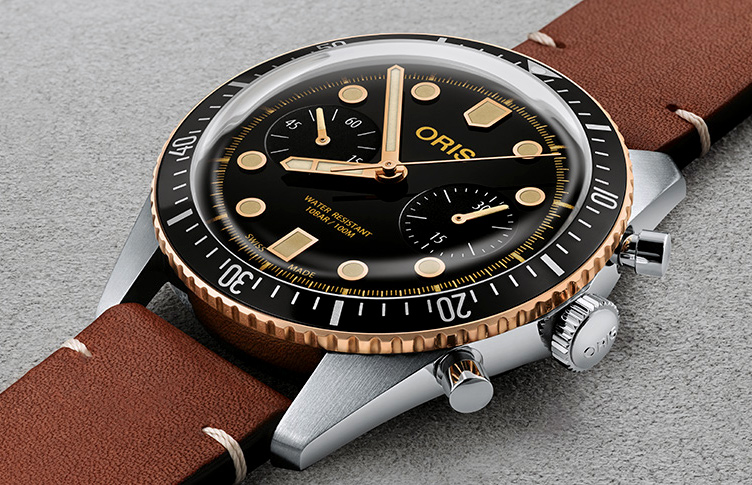 It follows the same specs as the previous two limited editions, but this time in a steel case with a bronze-edged, black aluminium insert bezel. It’s 43mm size fits nicely on the wrist, big enough for a diver but not OTT, even if it is larger than many other Oris watches. Still, the chronograph itself is integrated well and keeps the innate beauty of the Sixty-Five design. 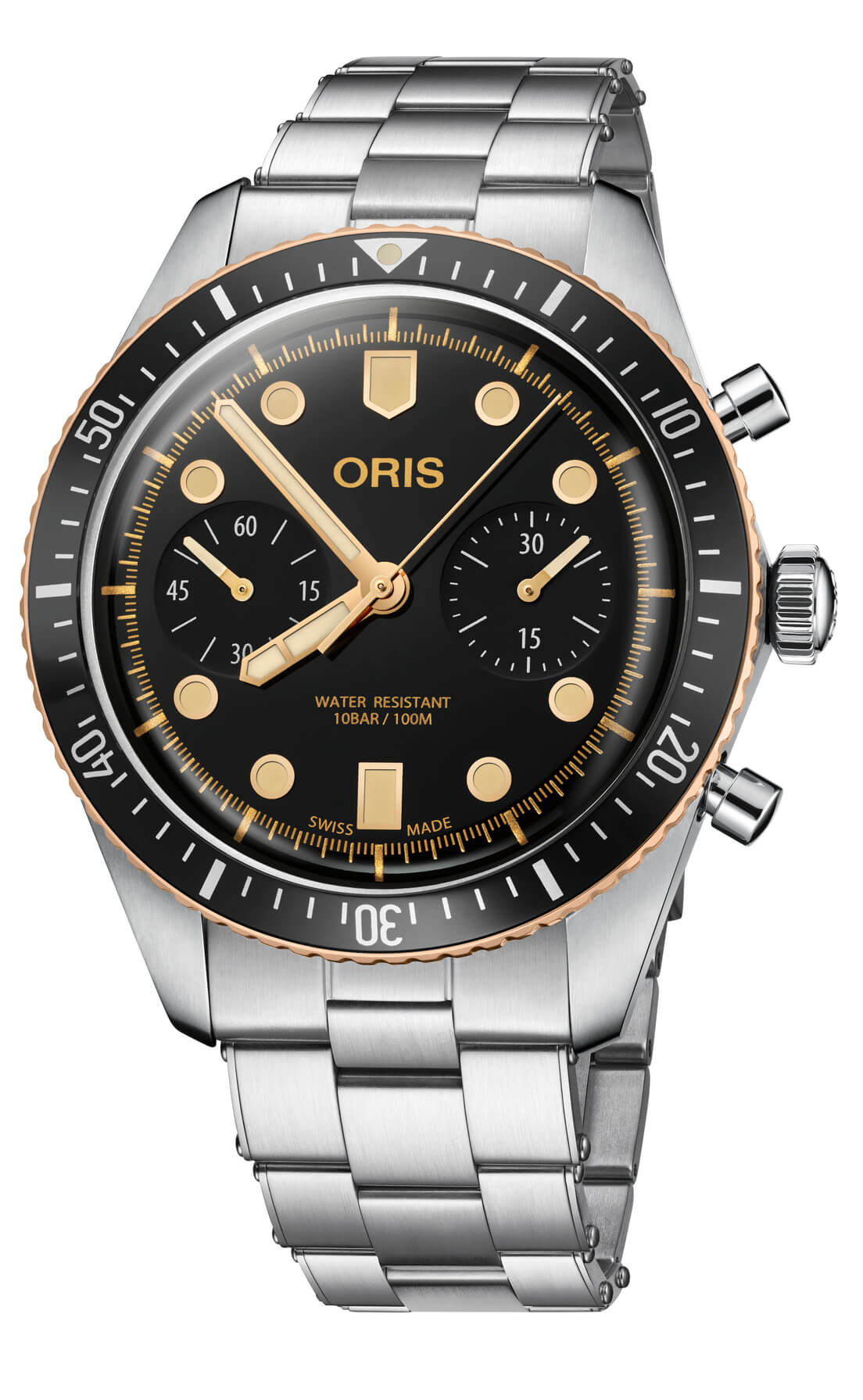 That chronograph is part of the Oris Cal. 771 movement, a solid bit of watchmaking based on a Sellita. It has a 48-hour power reserve and can keep doing whatever you need it to do, down to 100m.

The dial is stunning. It uses a pretty standard layout – dateless and with two subdials for seconds and a 30-minute counter – but with rose gold PVD plated hour markers that stand out against the black. There’s even some vintage-inspired lume on them to add to the watch’s retro credentials. 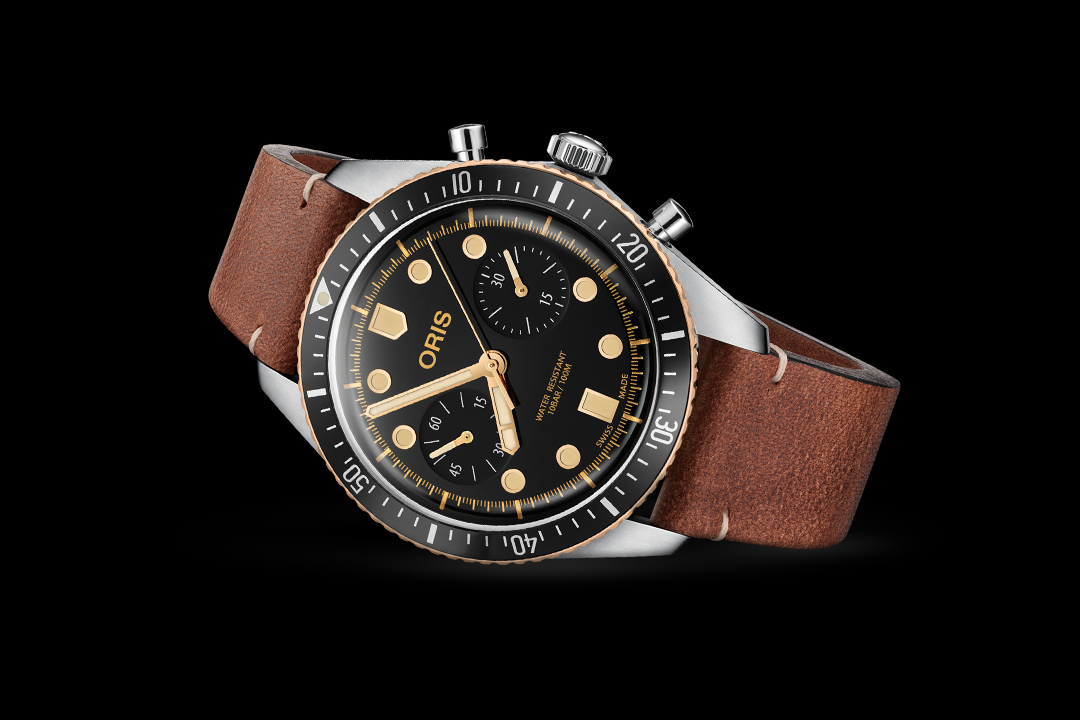 This is currently the only non-limited version of the Sixty-Five chronograph there is but that’s surely just temporary. It’s too good a design not to throw in a few more variations. Either way, the current model is available on either a brown leather strap or a bracelet, so at least you get that much choice.