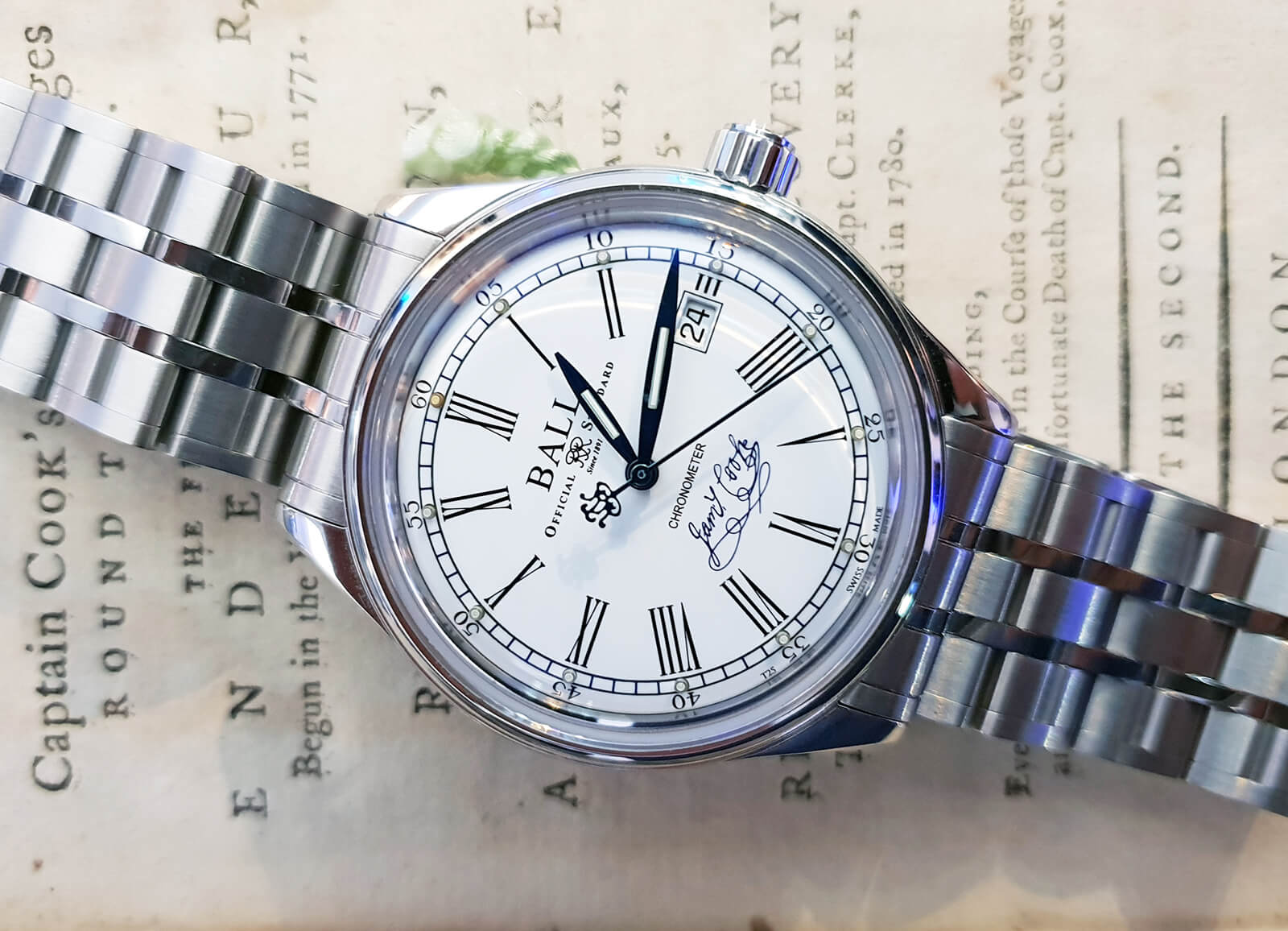 Captain Cook was one of the great explorers of his age. He charted the oceans like none before him across his three epic voyages across the world aboard the legendary HMS Endeavour. Most notable was his 1768 expedition where, tracking the path of Venus in the heavens, discovered New Zealand and Australia for the British Empire. 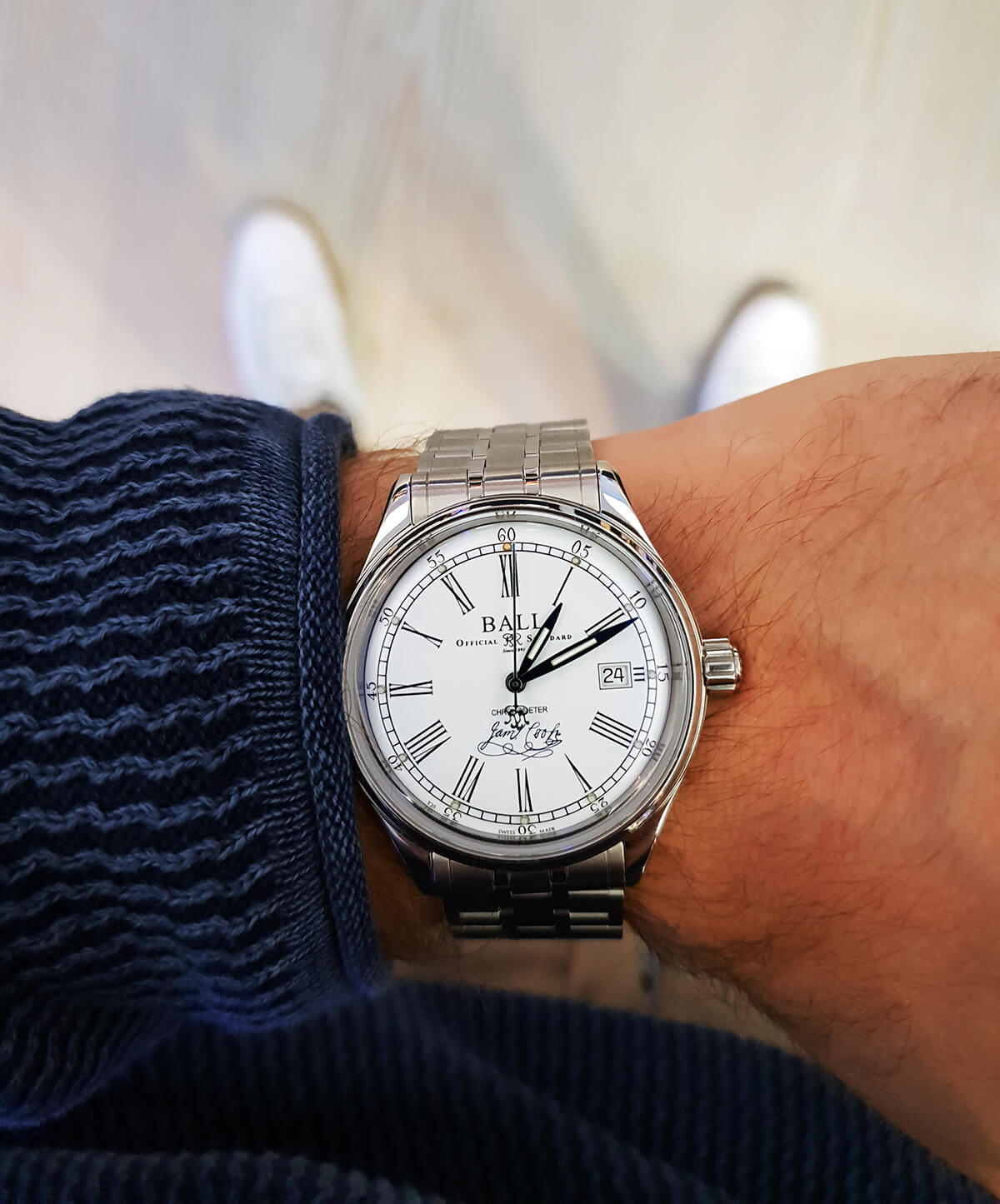 Aboard his ship was a timekeeping phenomenon of the age, the Harrison Chronometer Nr. 4, at the time a cutting-edge timekeeper the likes of which had never been seen before that now rests in the Greenwich Maritime Museum. In fact, it became the genesis of all marine chronometers going forwards and helped lay the blueprints of modern-day horology. That chronometer is also where Ball has taken their inspiration for their new limited edition.

It’s easily Ball’s most classical watch to date, but then this is a watchmaker that tends to opt for nicely chunky watches covered in self-illuminating H3 gas tubes. Everything from the white enamel to the roman numerals and blue steel hands screams traditional British clockmaking. Thankfully Ball hasn’t gone off the deep end and those signature gas tubes have been inserted into the indexes and hands.

You need to see how bright these tubes are to believe it; even the minimal use of them here is more than enough to show off the watch in pitch blackness. If cook had it at the time it’d probably be hung off the figurehead in fog. 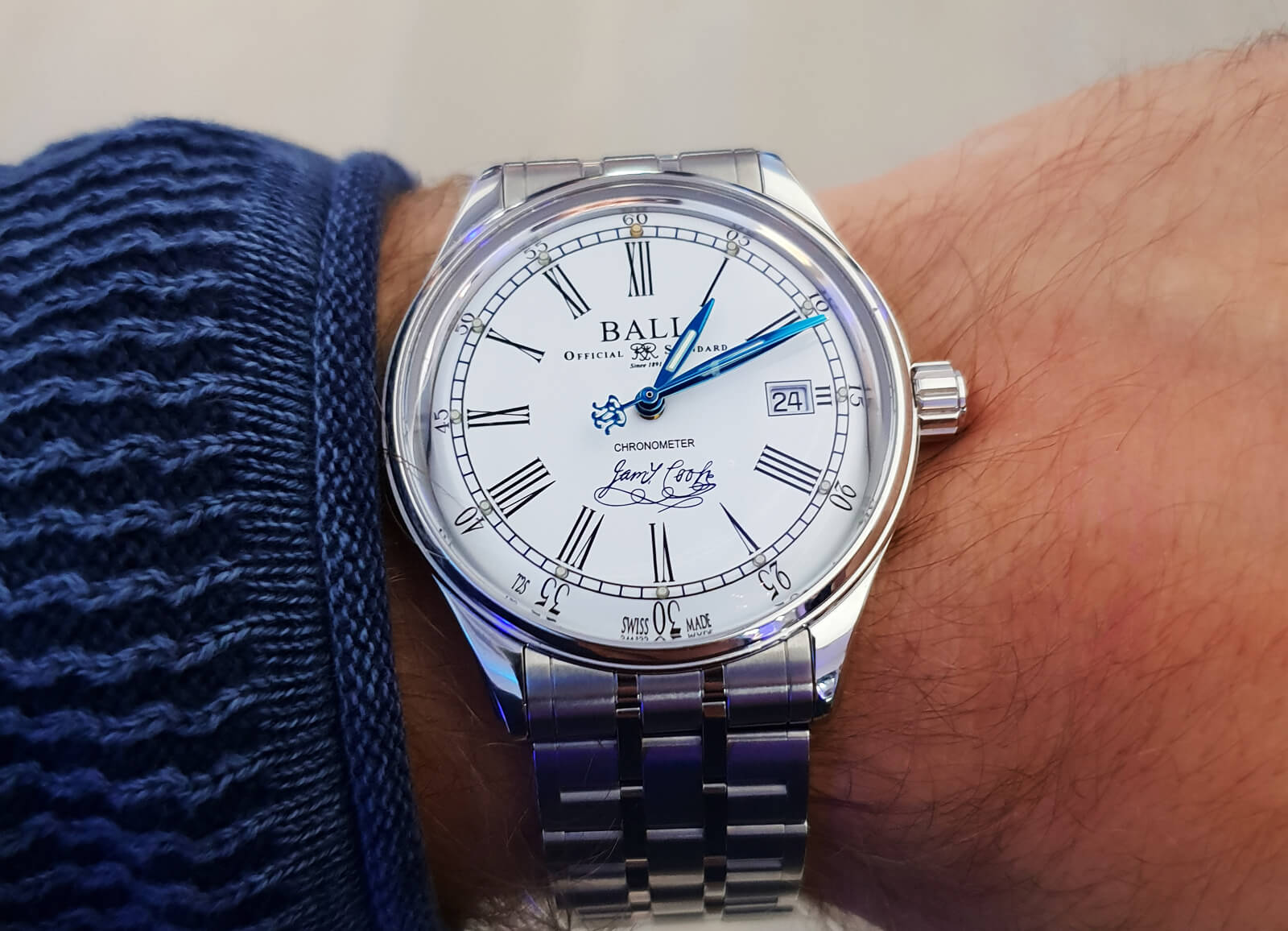 Inside is Ball’s BALL RR1101-C automatic movement, COSC certified for accuracy. It’s an elegant movement that fits nicely into the 40mm steel case and runs as accurately as anything Harrison could have made.

Flip the watch over and, to match the signature on the dial, you’ll see one of Ball’s engraved casebacks, this time featuring Captain Cook himself and in the background the HMS Endeavour. This might be a modern watch in mechanical terms, but it wouldn’t look out of place on Cook’s wrist, whether mixing with the gentry of London or exploring horizons halfway across the world.

That said, at £2,030, you don’t need to have discovered Australia to afford one, even if it is limited to 250 worldwide.