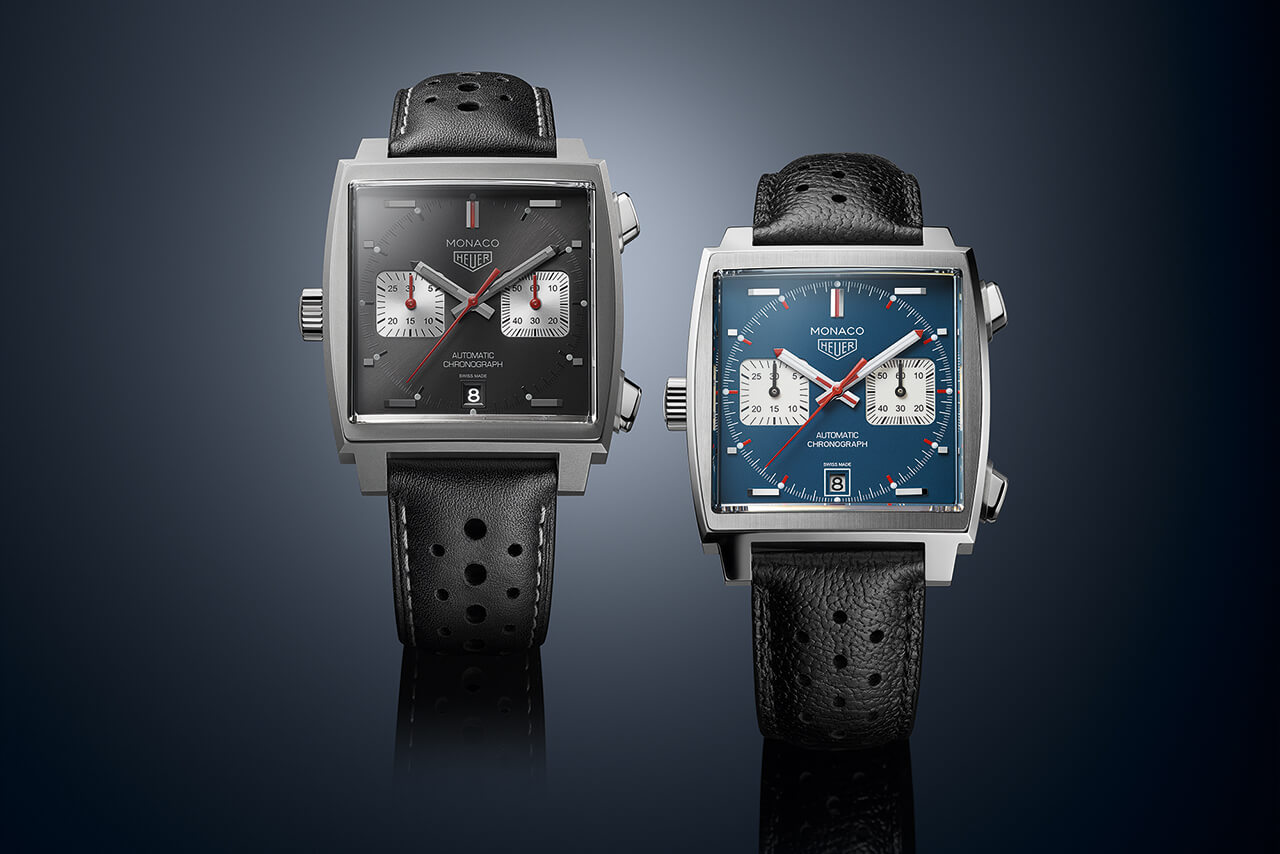 It’s been 50 years since the iconic square shape of the Monaco first made an appearance and since then it’s become one of the most famous TAG Heuer models out there. To give the Steve McQueen favourite the birthday it deserves, the watchmaker has released a tribute to each decade it’s been around and, after four exceptional limited editions before, we’re onto the final one. This is the TAG Heuer Monaco 2009 – 2019 Limited Edition.

As you’d expect from a more modern tribute timepiece, retro charm has taken a back seat to a more contemporary minimalism; this is low-key rather than eccentric, fit for the era of smartphone, iPod minimalism. 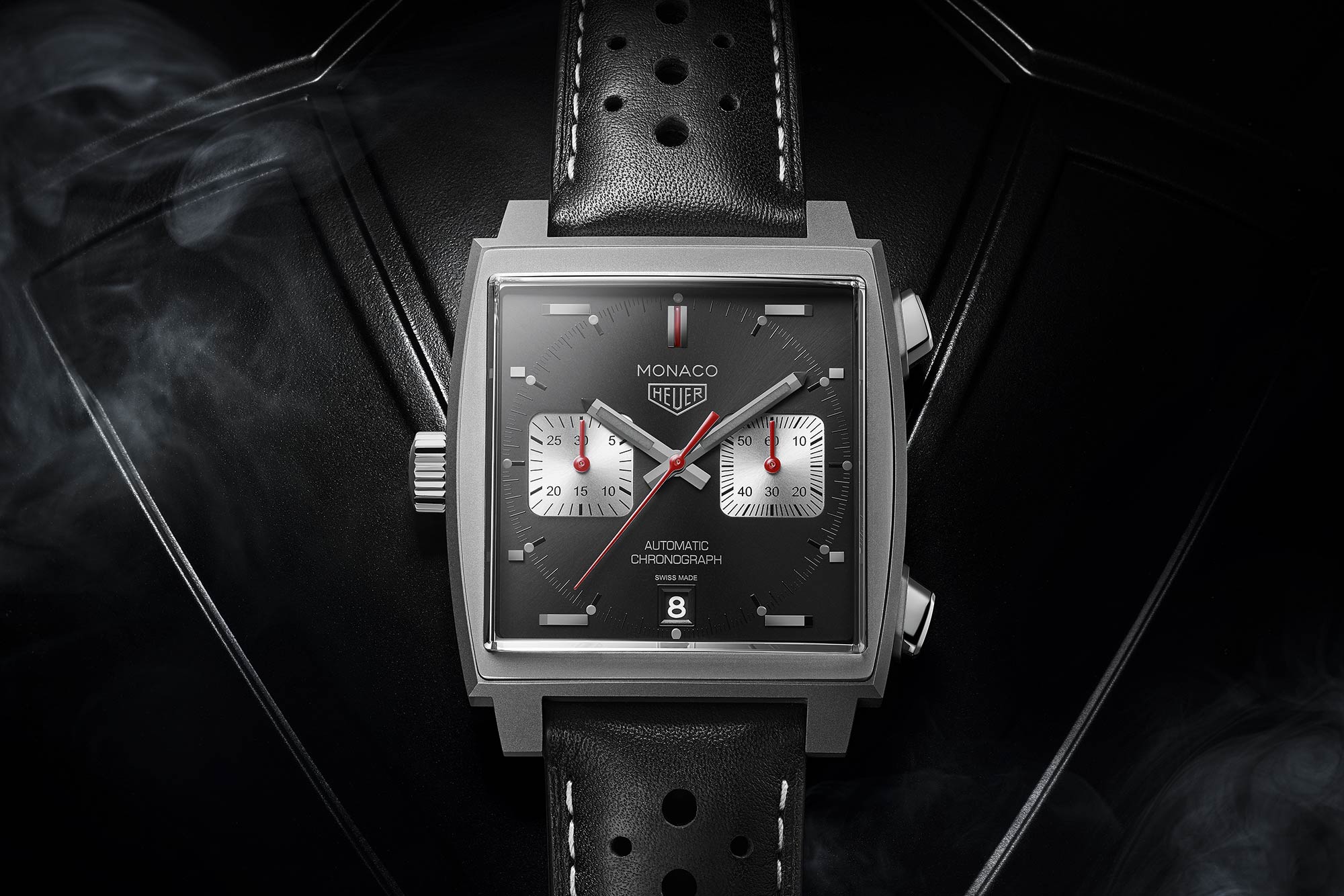 Everything here is some form of grey, from the dark sandblasted 39mm steel case to the charcoal dial contrasting with bright silver subdials. Even the hands are stealthier than the usual Monaco. The only alleviations are the red accents but they’re not exactly the kind of fluorescence you see on most sporty, racing watches but a deeper blood red. As Monacos go, this is aiming for cool over quirky. 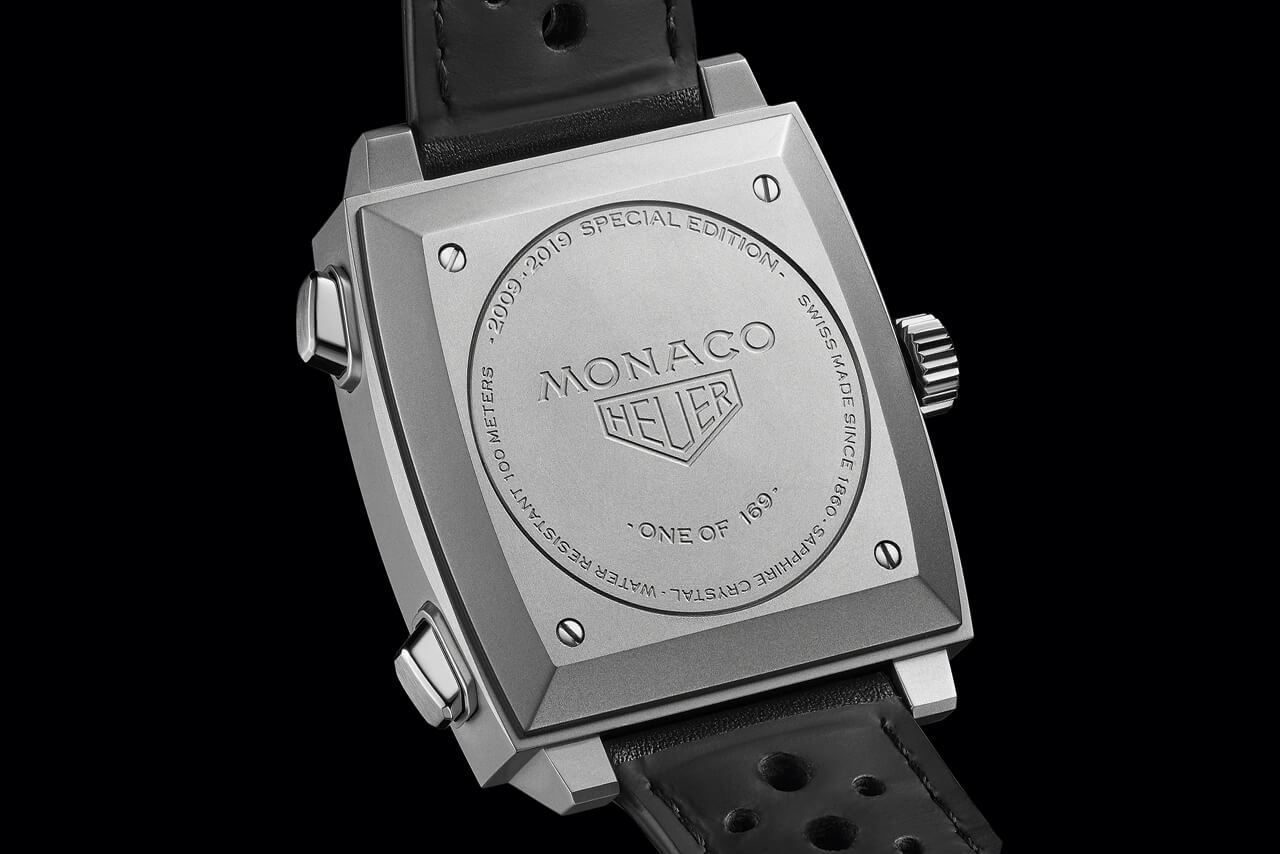 Inside is the modern Monaco movement, the TAG Heuer Calibre 11, with it’s 40-hour power reserve and solid chronograph functionality. It’s not new but it’s fitting for a watch that sums up what TAG Heuer has done with their most iconic watch over the last ten years. 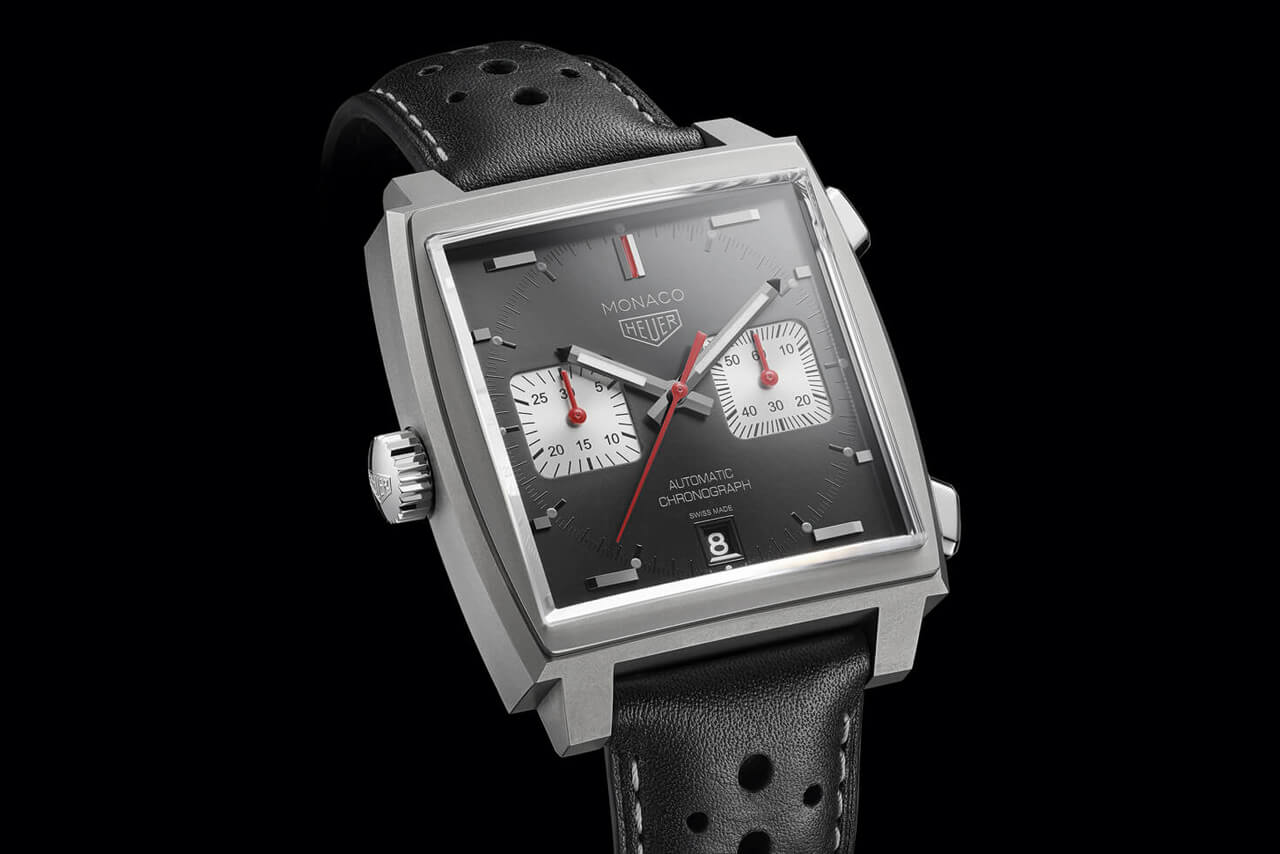 For me, it’s not as stylistically interesting as the other commemorative limited editions, even if it is the most wearable because of it. It’s not so different from their current standard range that I’d scrabble for one of the 169 available (a nod to the first Monaco in 1969) – but at the same time I can see why someone with more reserved tastes might. TAG Heuer aimed for cool and they damn well got it.