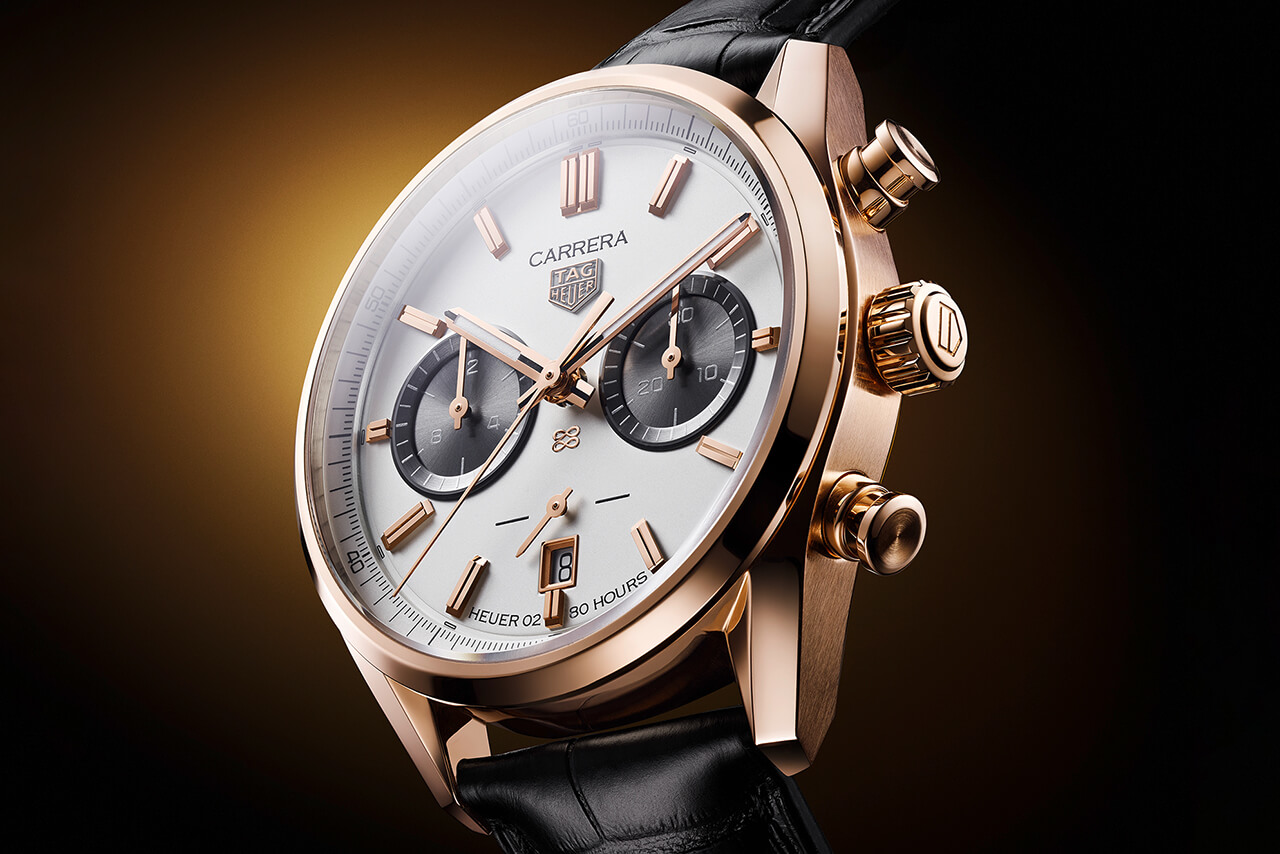 To celebrate the 88th birthday of legendary former CEO and now Honorary Chairman, Jack Heuer, Tag Heuer have announced the revival of his favourite watch. Many different iterations of the Carrera have been created since its much-heralded inception in 1963, however there is one version that stands head and shoulders above the rest according to its creator, the gold Heuer Carrera 1158CHNhe.

With racing running in Jack’s veins, in 1970 he secured a partnership with Ferrari, swapping timing equipment for promotion of the Tag Heuer brand and it was this partnership also resulted in gifting some of the most iconic racers of the era with the gold Carrera 1158s. Niki Lauda, Mario Andretti, Gilles Villeneuve and many others all wore the 1158 adorned with the Ferrari logo and, rather grimly, their blood type on the solid caseback. There were lots of subtle variants of the 1158 created over a 10-year period, but it is these Ferrari partnered models which are the most sought after among collectors today. 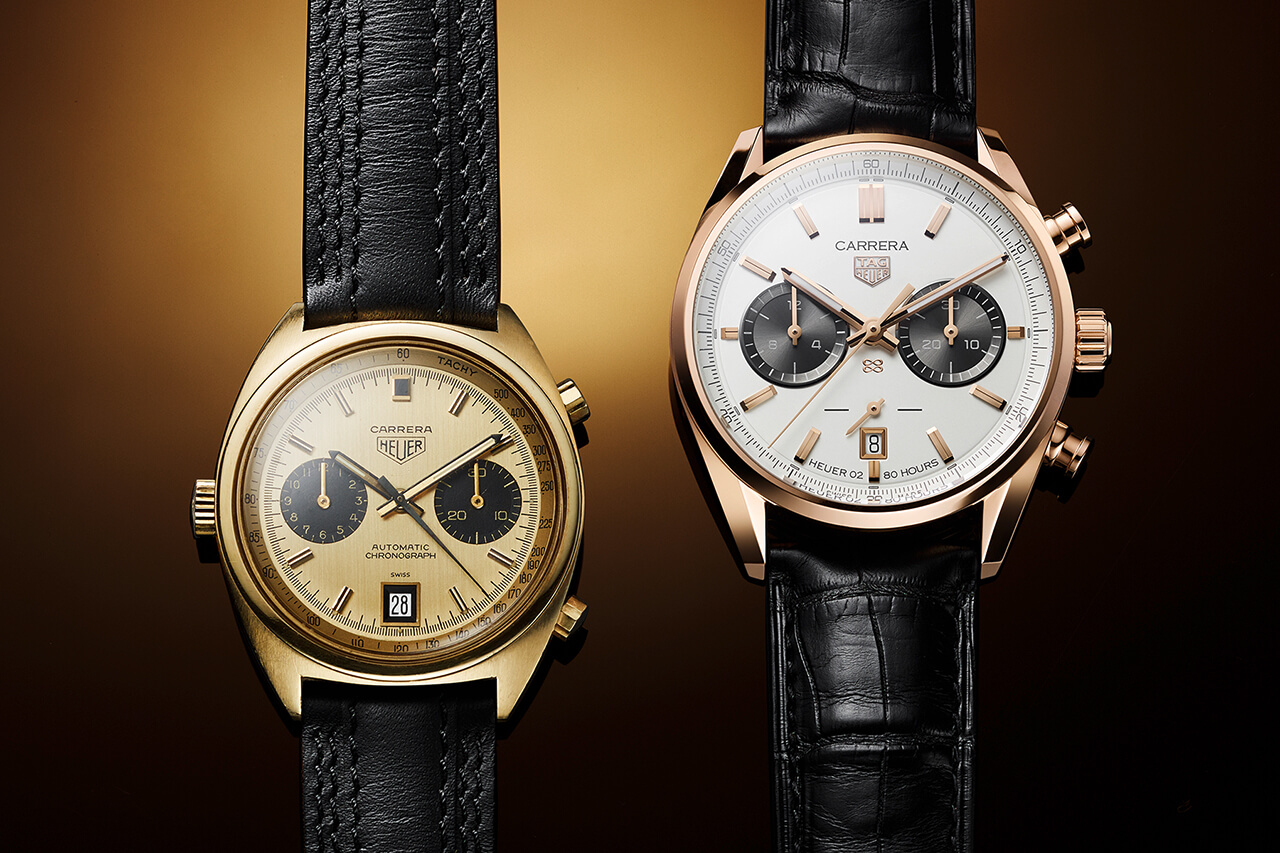 The revived model we see today aims to be as faithful as possible to the original watches while bringing them into the 21st century mechanically. The case has been upsized to 42mm but utilises the integral 18kt 5N gold, relying on subtle polished and brushed finishing which extends to the tapered lugs. Although it is a racing watch, the crown and the chronograph pushers are all sealed with gaskets to give the watch a water resistance of 100m, as long as the mushroom pushers aren’t used while underwater. 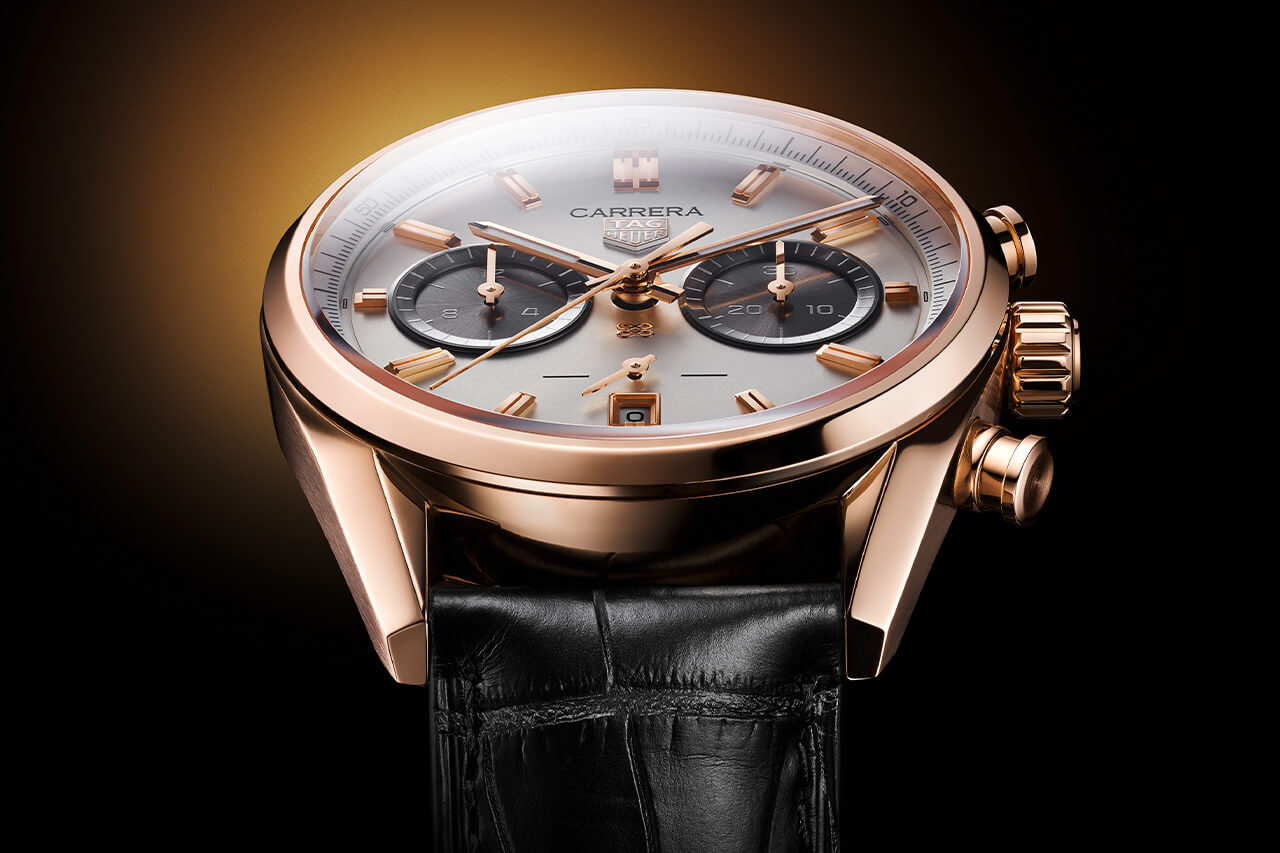 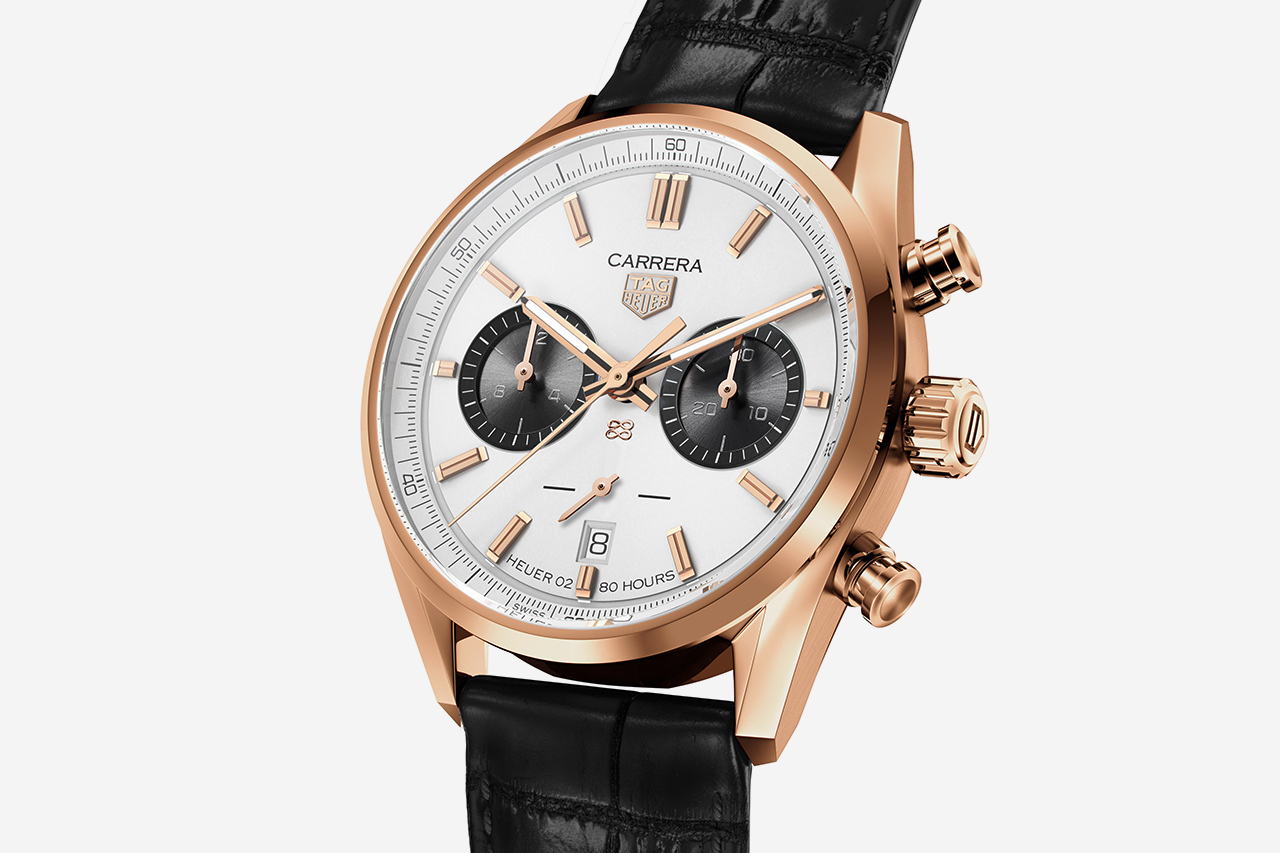 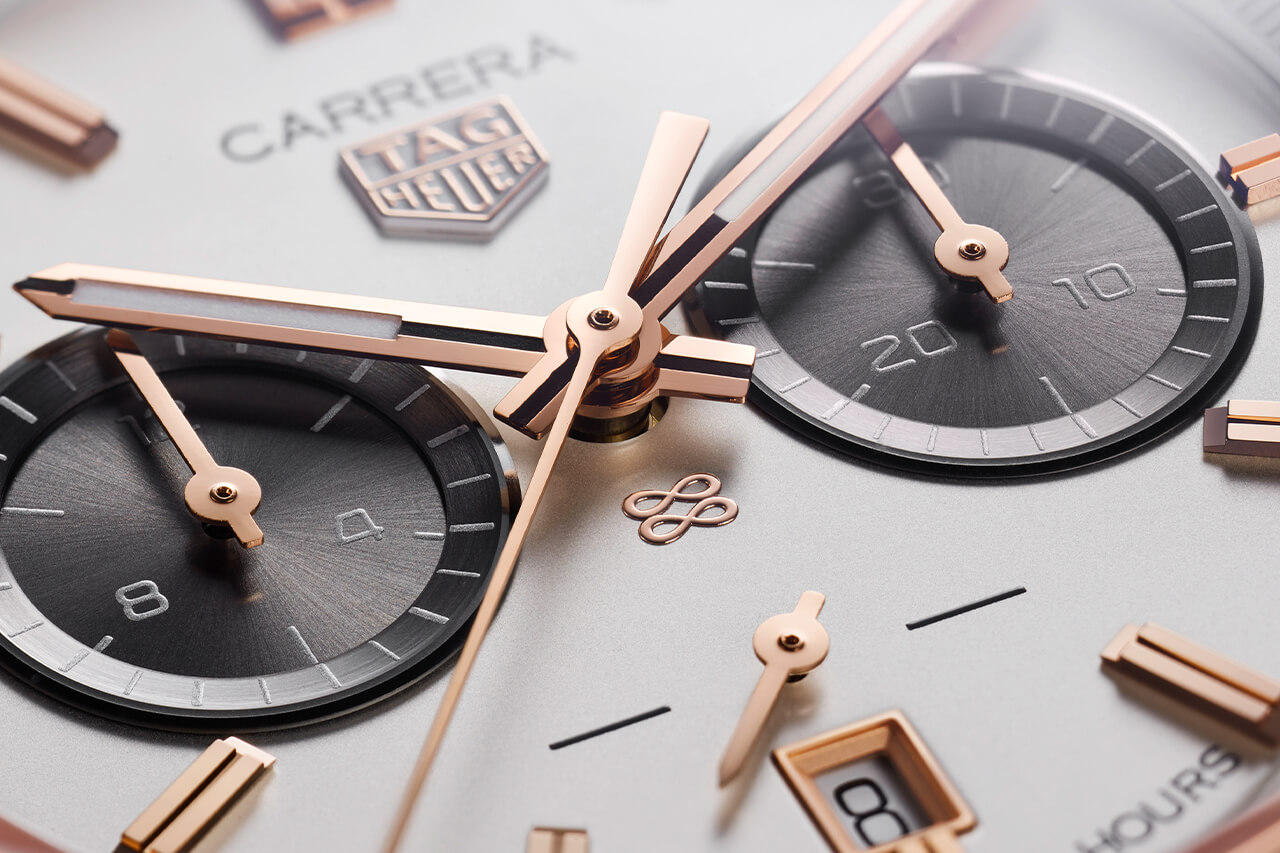 As with the original, the opaline silver dial layout is clean and minimal, with two black sunray brushed contrasting chronograph subdials at 3 and 9 o’clock for high legibility. The 88 at the centre of course pays tribute to Jack’s landmark birthday.  Purists might note that at 6 o clock there’s also a running seconds hand with 15 and 45 second black markers and yes, it’s not entirely faithful to the original. But it’s a useful touch nonetheless. 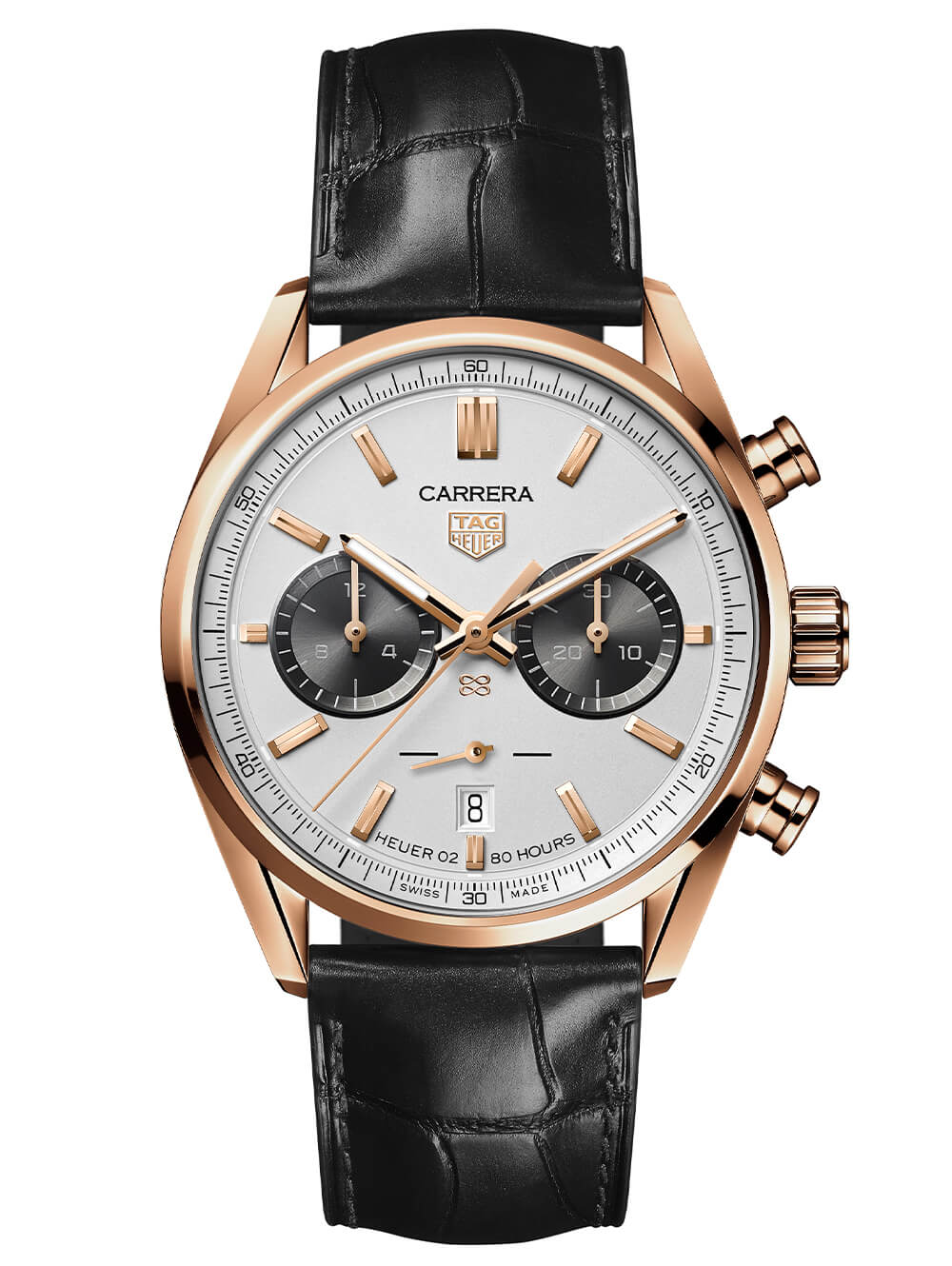 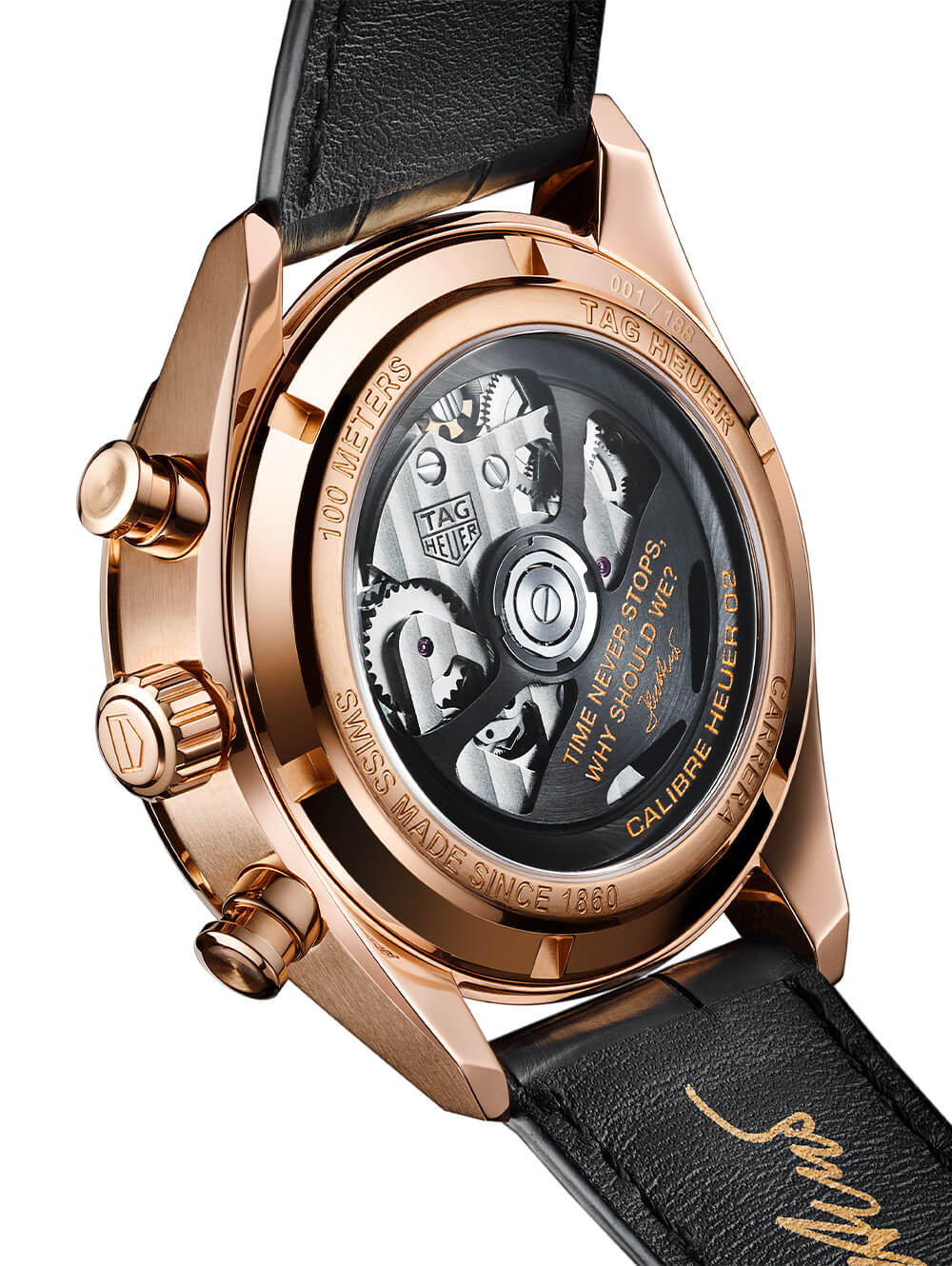 Through the caseback you can view Tag Huer’s excellent Calibre Heuer 02 manufacture chronograph movement which utilises a vertical clutch column wheel ensuring a silky-smooth gear change when operating the chronograph, while the self-winding rotor has been engraved with Jack Heuer’s motto: “Time never stops, why should we?” As a final flourish The Birthday Gold Limited Edition will come on a black leather alligator strap wearing Jack Heuer’s signature on the underside. The celebratory watch will be limited to 188 models and cost £15,300.