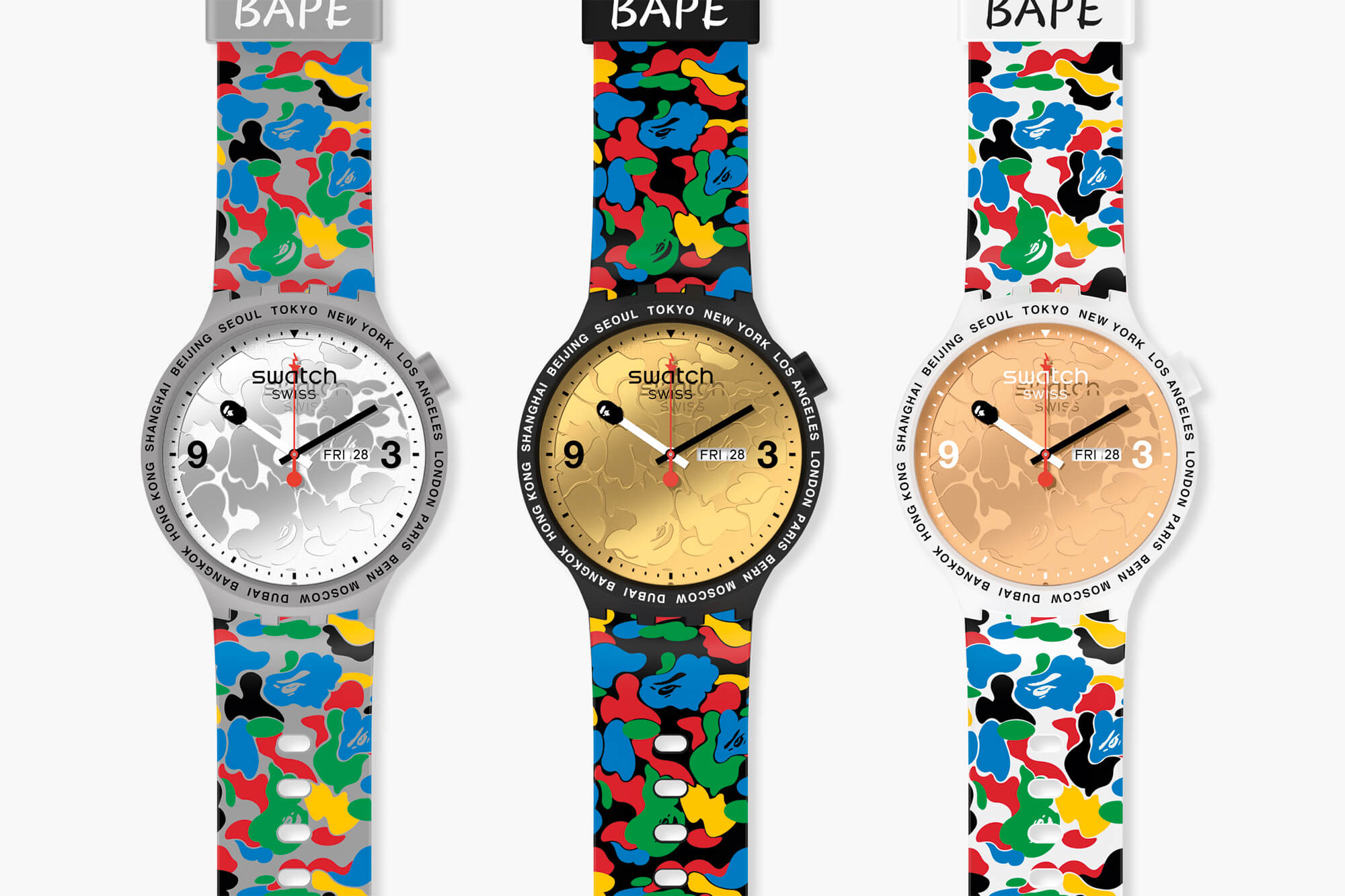 Limited edition drops, bright, playful designs and a following that treads the line between dedicated and obsessive, Japanese streetwear giants A Bathing Ape and Swatch have a fair amount in common. In fact, ever since Bape started their wristwear collabs (including one or two with hometown watchmakers Seiko), Swatch has been a kindred spirit. 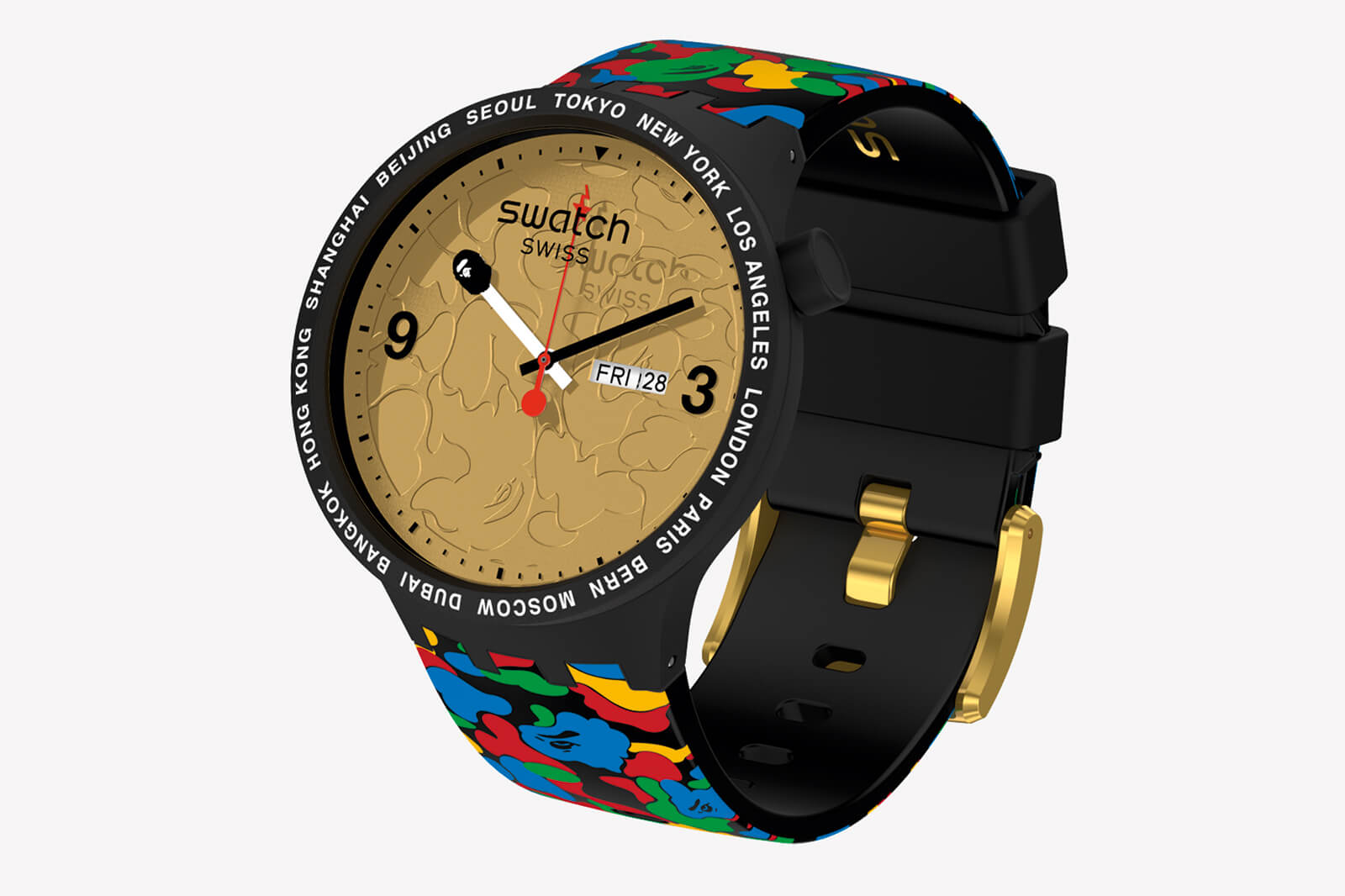 The base watch is the oversized 47mm Swatch Big Bold in black, white or gray plastic, much like the standard collection. It lives up to its name; it’s over-the-top and, if you’re a designer, roomy, with plenty of space to work with. 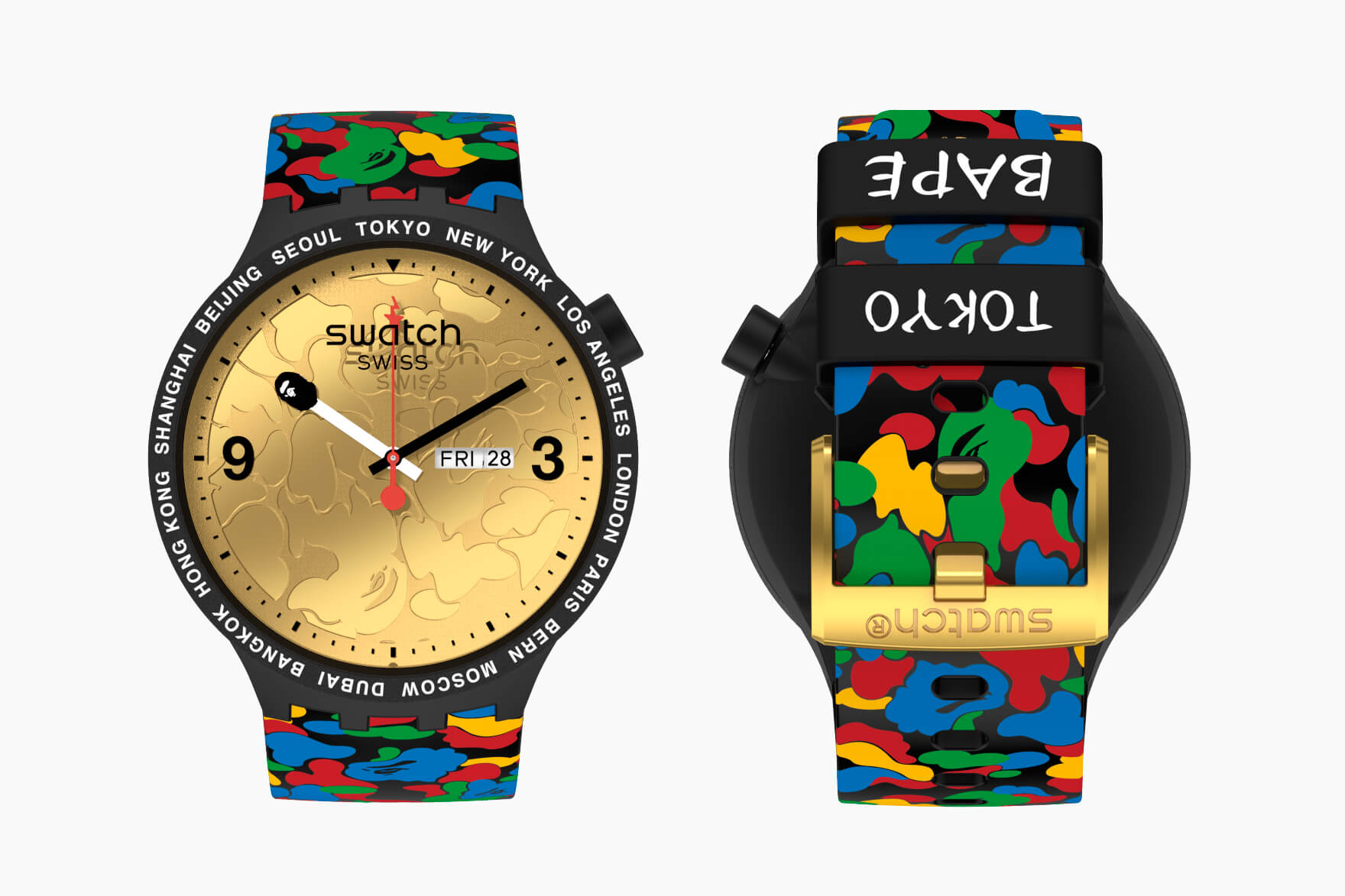 In the case of BAPE that means plenty of their signature camo, though not in their usual greens and browns. Instead the Tokyo Black and White use yellow and rose gold respectively, with the Tokyo Gray in Silver. The camo in these cases is almost subtle. 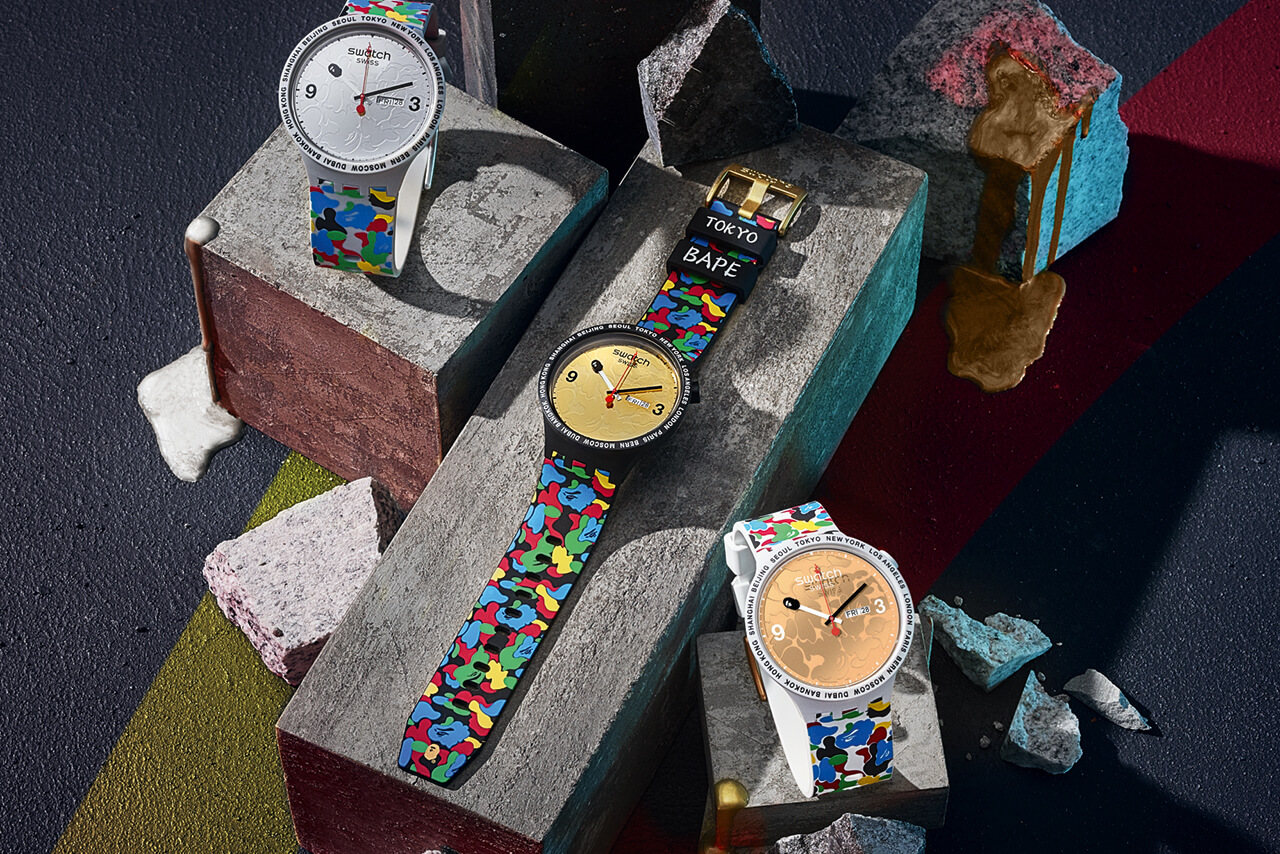 The same can’t be said of the straps though, with the same camo pattern picked out in a rainbow of bright, primary colours. The strap’s also equipped with a BAPE branded loop, along with Tokyo, the brand’s home city and the reason for the name of the collection. 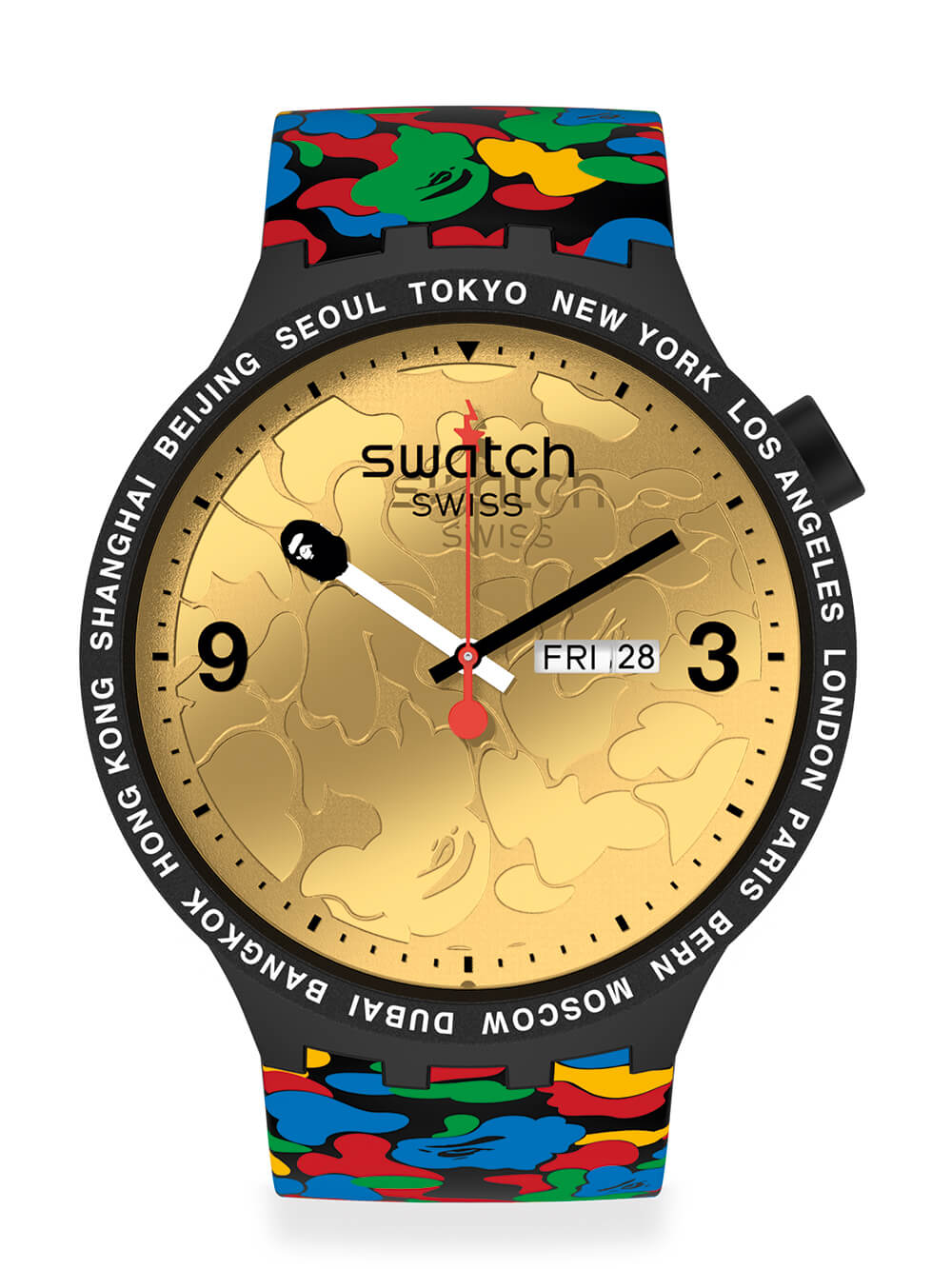 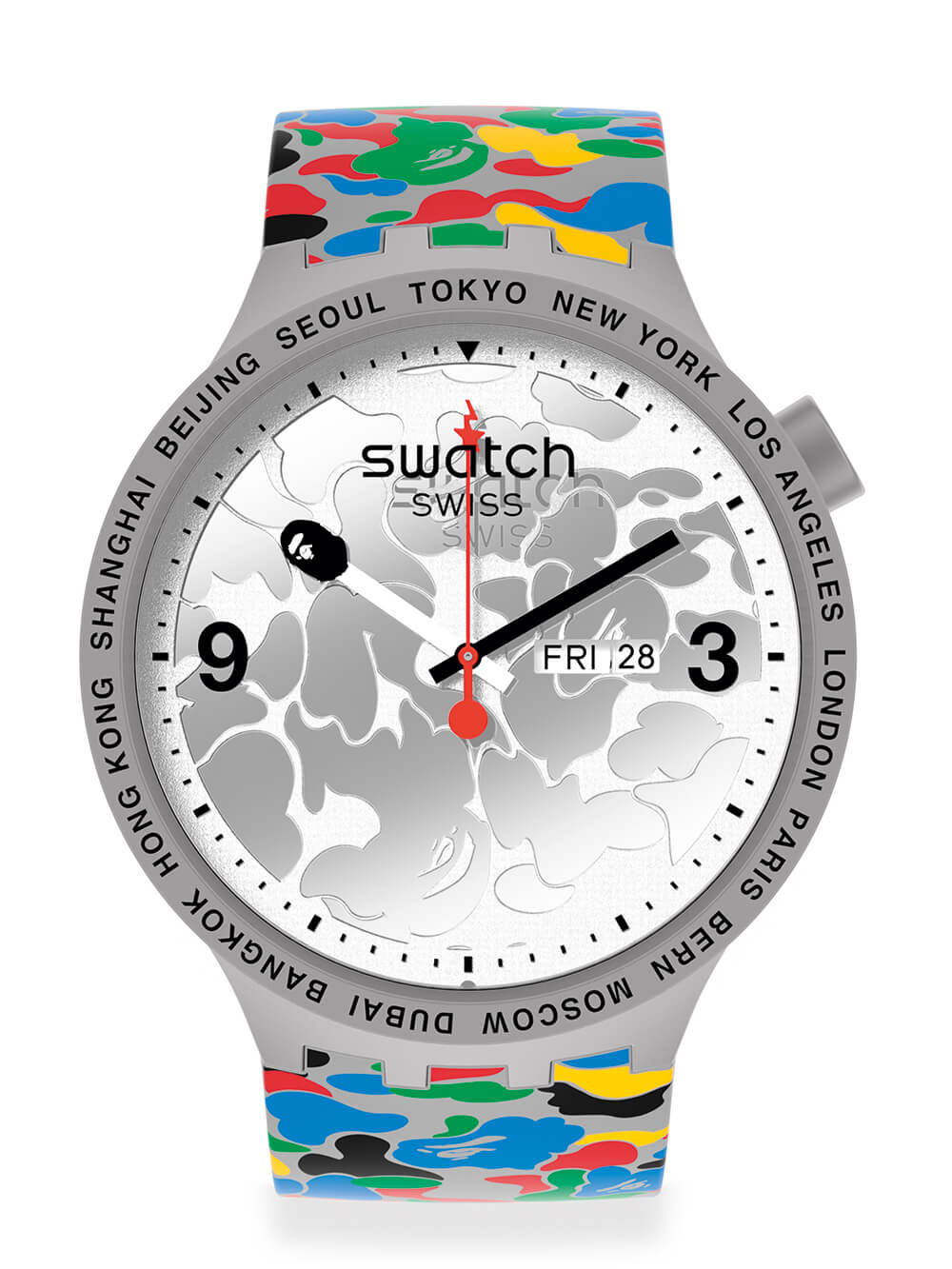 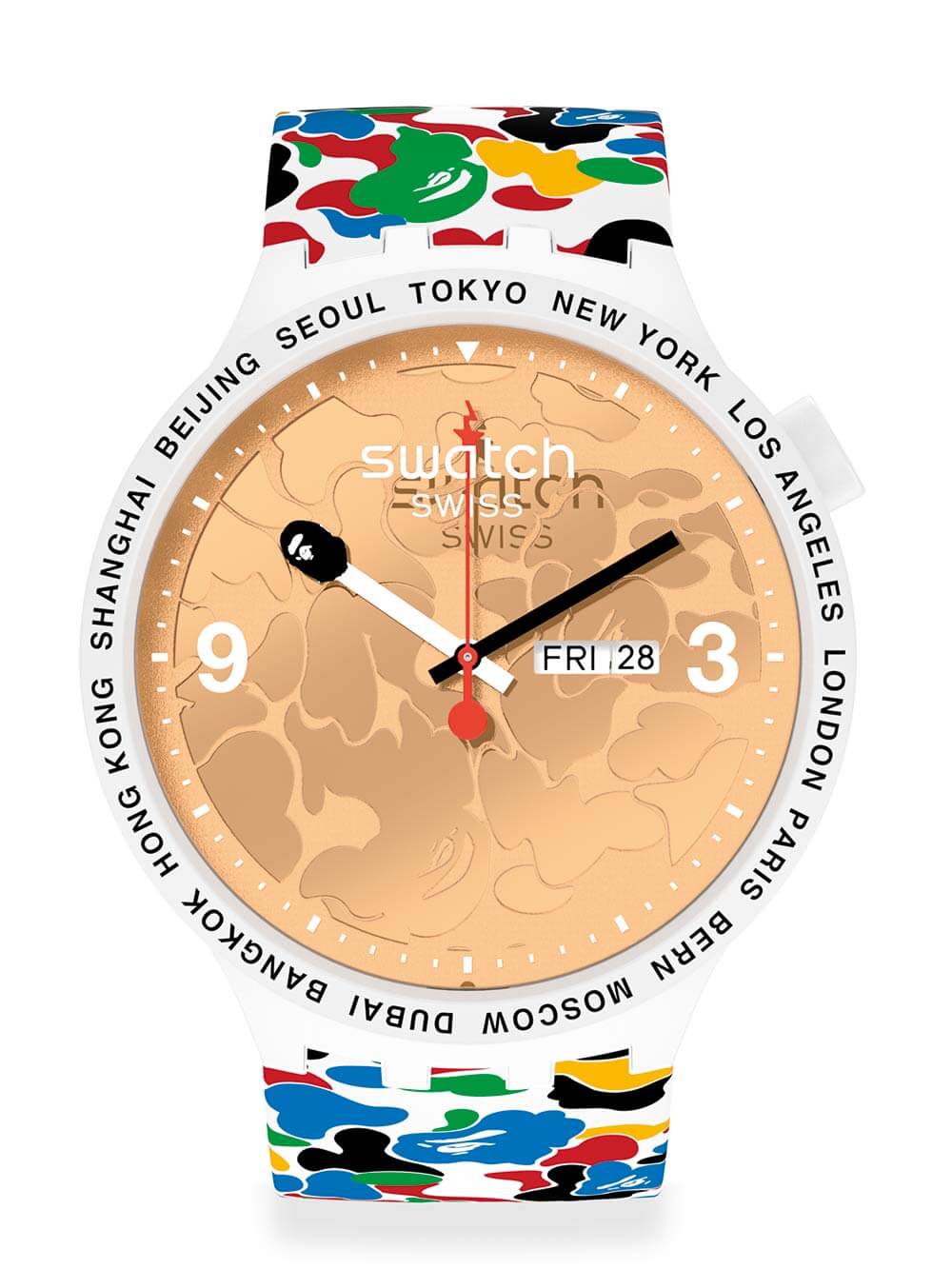 Tokyo also takes a starring turn on the worldtime bezel at 12 o’clock, the centre of Bape’s universe apparently that then takes in the various other cities that have inspired their designs.

Funky, fun and flawlessly Bape, for most of us these three watches are just a concept; they’ll be in stock about as long as it takes an ice cube to melt in the Sahara.