Swatch are no strangers to collaboration; it fuels their brand as much as it does the likes of Nike and Adidas Originals. In fact, with their latest creative partnership the Swiss quartz giant is stepping into the same field with the streetwear titan that is BAPE.

Based on Swatch’s Big Bold watch, a hefty, 47mm beast of a platform, the capsule collection of six new limited edition timepieces is inspired by urban street culture across the globe. It’s more than just a colour swap between them too; each design is drastically different from the last, though they’re all pretty damn cool.

First is Swatch’s home sweet home of Switzerland, with a more classical dial layout like the country’s famous railway clocks. That said, the traditional black on white has been inverted then given a splash of colour with blue hands and splashes of red. One of those splashes is on the globe-trotting bezel, highlighting Bern at 12 o’clock, an aspect that links the collection together nicely.

For London they opted for a bold, red-faced look, this time with the British capital highlighted at 12 o’clock, complete with blue contrast hands. There’s not much more to be said about this edition other than the map on the strap. Still, the red on black outline map is definitely worth mentioning. 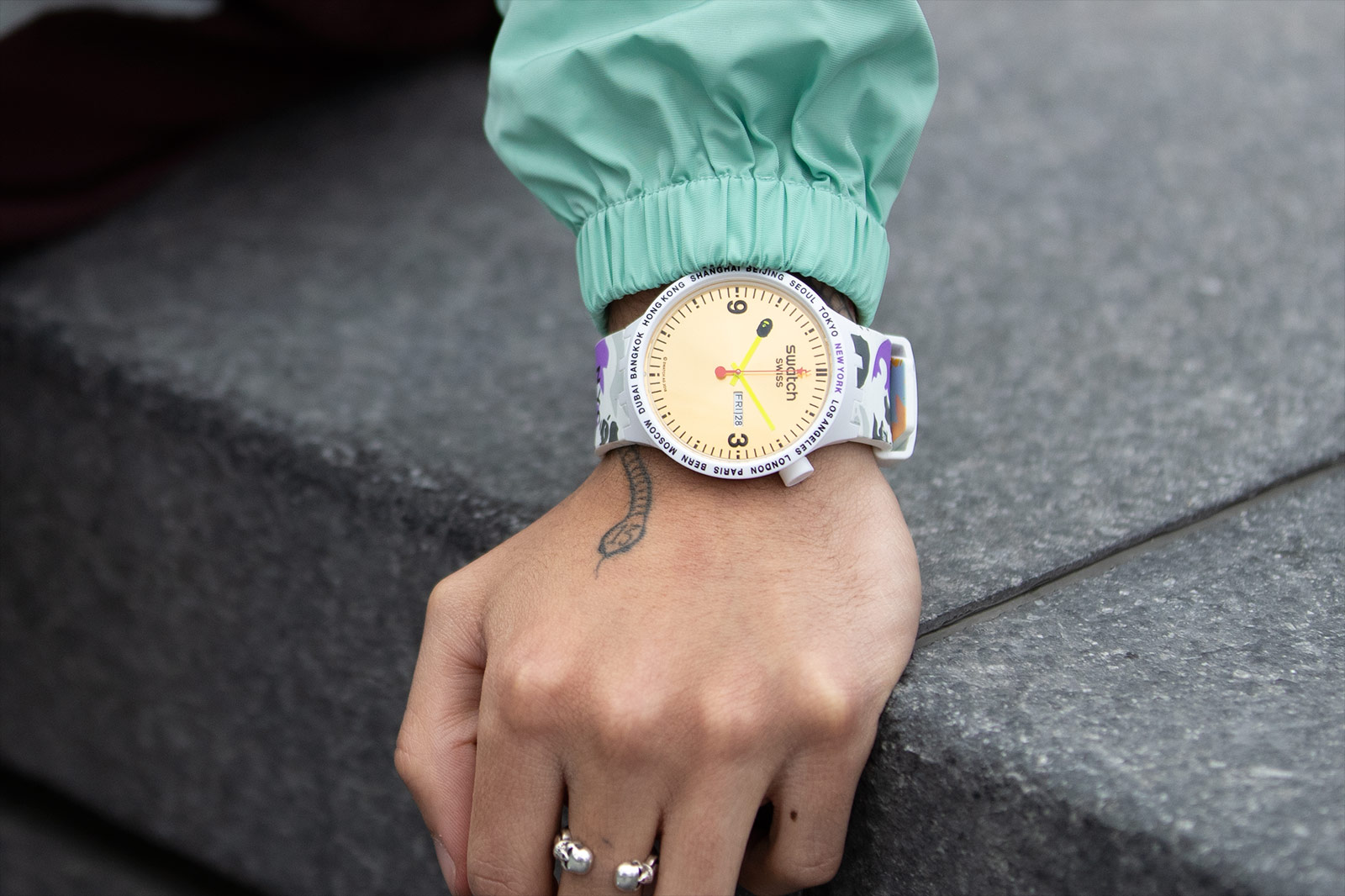 The New York edition opts for a gold grained dial and a funkier strap riffing on Bape camo, and is easily the more unusual colourway of the lot. It’s the only one that opts for a violet highlight on its 12 o’clock city rather than the red, if that’s your kind of thing.

The next pair are the most stylistically Bape, leaning on the label’s signature camouflage pattern. For the Tokyo edition that’s self-explanatory; it’s where the brand comes from, so it’s the watch to use their original green / brown / black colorway. The Paris version on the other hand switches for the colours of the Tricolore: red, white and blue. 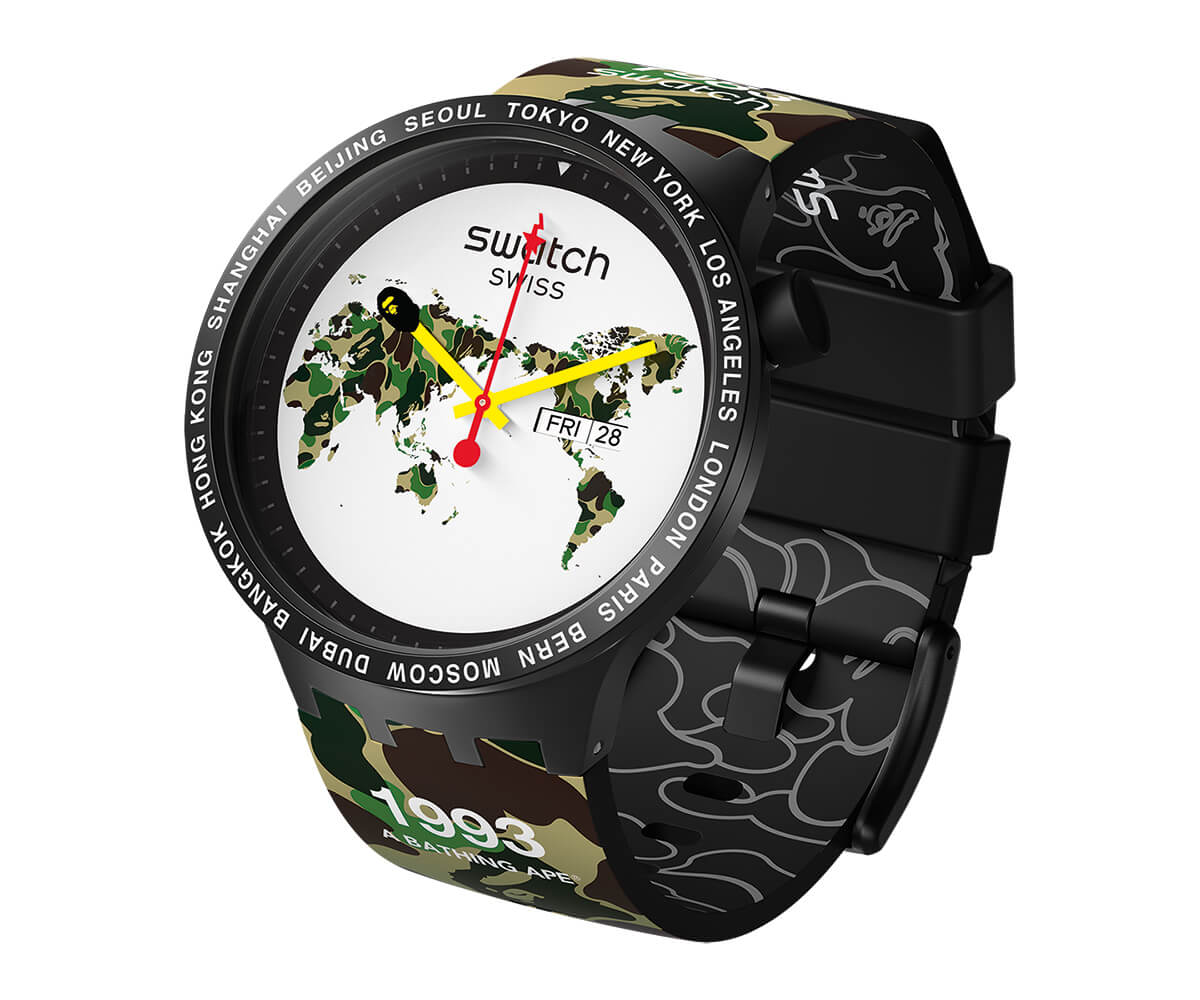 The final piece in the collection is dedicated to The World – you know, just in case they missed someone out. It’s also the least interesting, with a camouflaged atlas map on a white background, complete with a matching camo strap.

All six pieces will be available on June 15th at BAPE’s website, limited to 1,993 pieces per flavour, a reference to when the streetwear label was first founded. The price is TBC, but one thing’s for sure: they will go like lightning. More information at Swatch’s website.