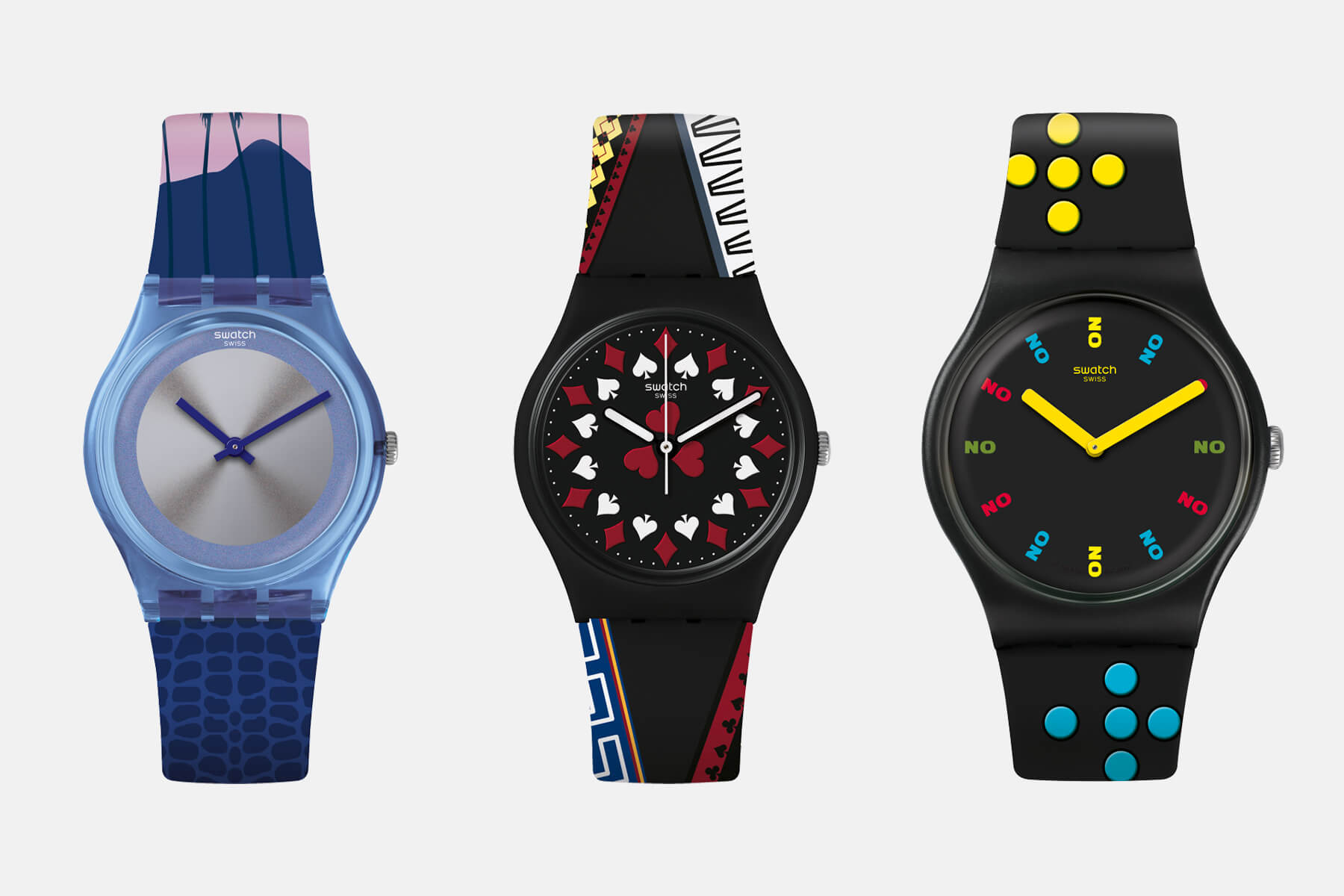 Bond hype is building in anticipation of Craig’s last outing as the ageing 007; but while we expect Omega to get in on the mission ahead of No Time to Die, we didn’t expect Swatch. After all, the fashion watches don’t really fit with the whole tuxedo wearing, martini drinking, super-spy aesthetic. That doesn’t stop them being pretty damn cool though.

The new limited edition Swatch X 007 capsule collection doesn’t take inspiration from the upcoming movie; that would be giving far too much away. Instead it takes a look back at the Bond filmic archive and some of the original movie posters and famously trippy opening sequences of six favourites. 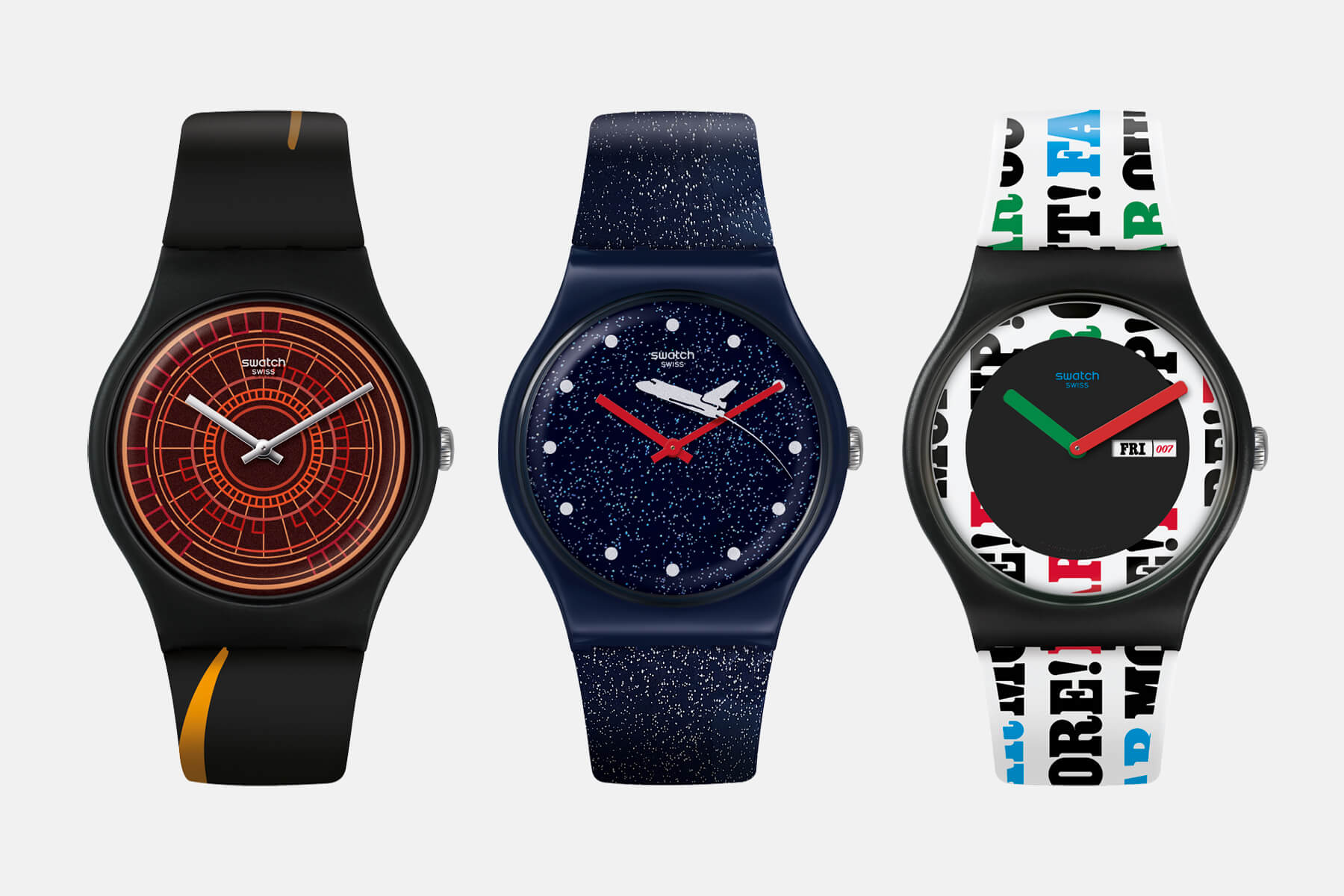 Referencing the looks of Dr. No, On Her Majesty’s Secret Service, Moonraker, Licence to Kill, The World is Not Enough and Casino Royale, the collection is a playful look at Bonds gone by. They’re certainly a lot moreso than we expect the new film to be.

My favourite has to be the suits of the Casino Royal edition, though perhaps because it has the best opening sequence. It’s a fact. Fight me. However there is one piece in the collection that we’ve yet to mention. After all, you can’t have a 007 capsule with only 6 pieces now, can you? 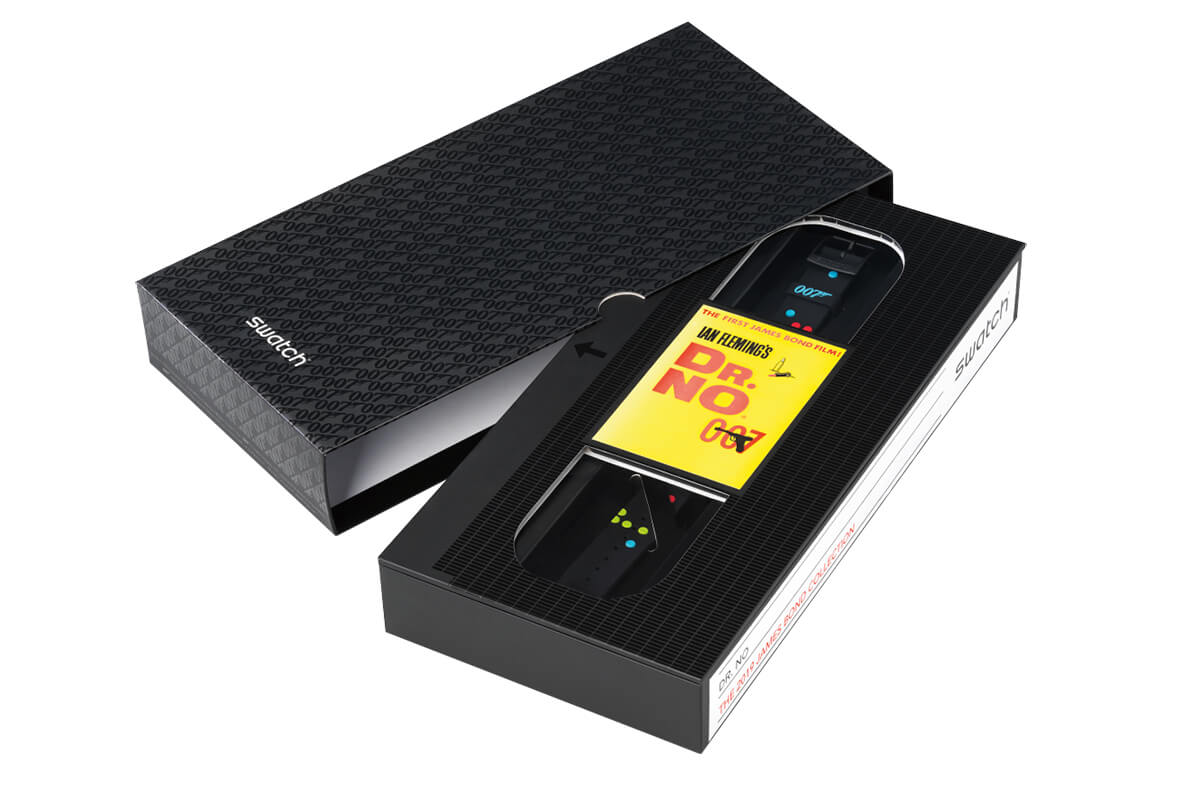 The last piece in the collection is a collaboration between Swatch and Suttirat Anne Larlarb, costume designer on No Time to Die. It’s been designed not for Bond (that’s Omega’s job) but for the newer, younger, geekier version of Q. 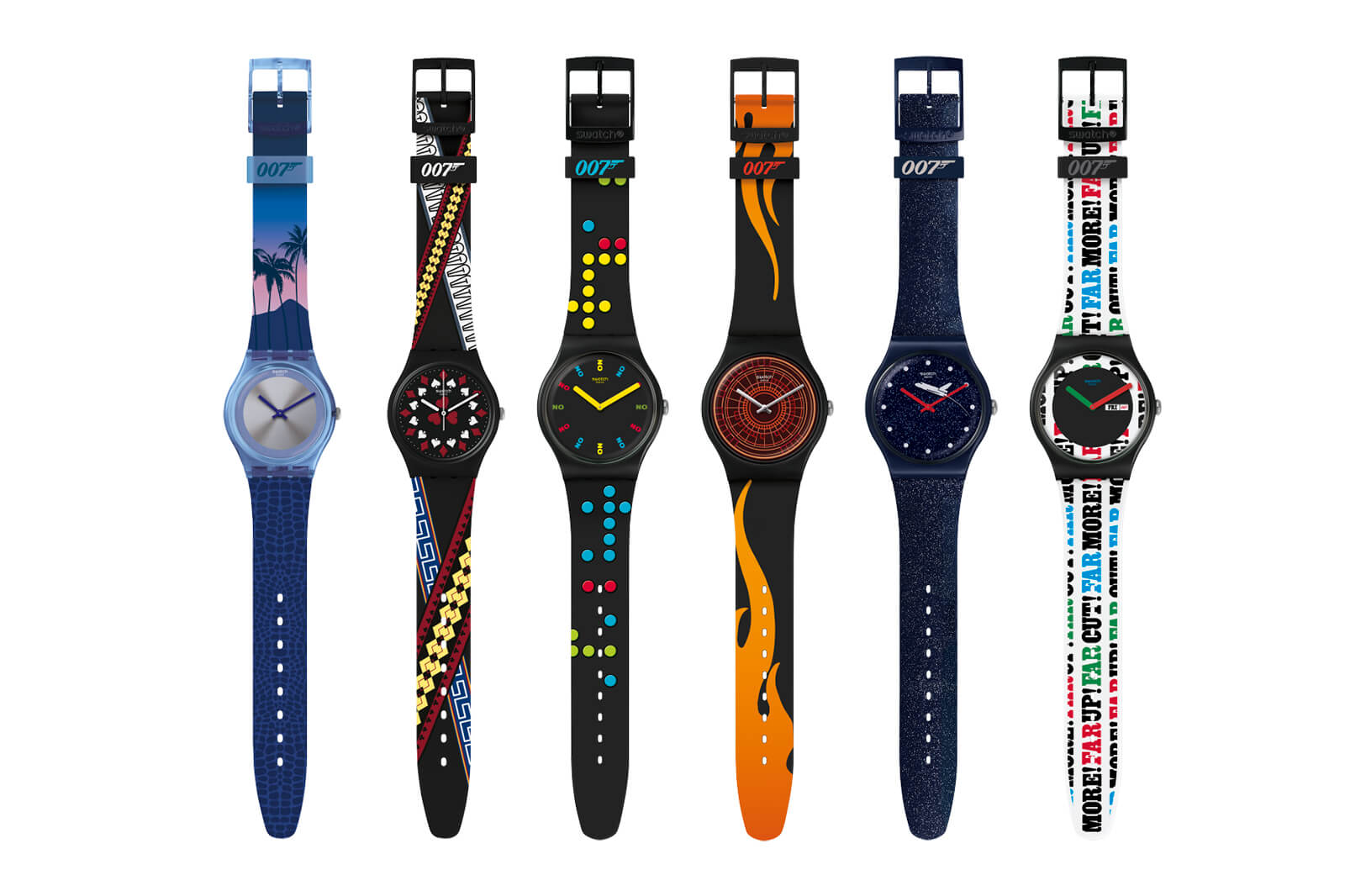 Finally you can answer the question of your favourite Bond film by wearing it on your wrist – provided it’s one of these 6 anyway – and even if you’re not ready for that kind of commitment, they’re still fun, funky allusions to one of the greatest franchises in film history.