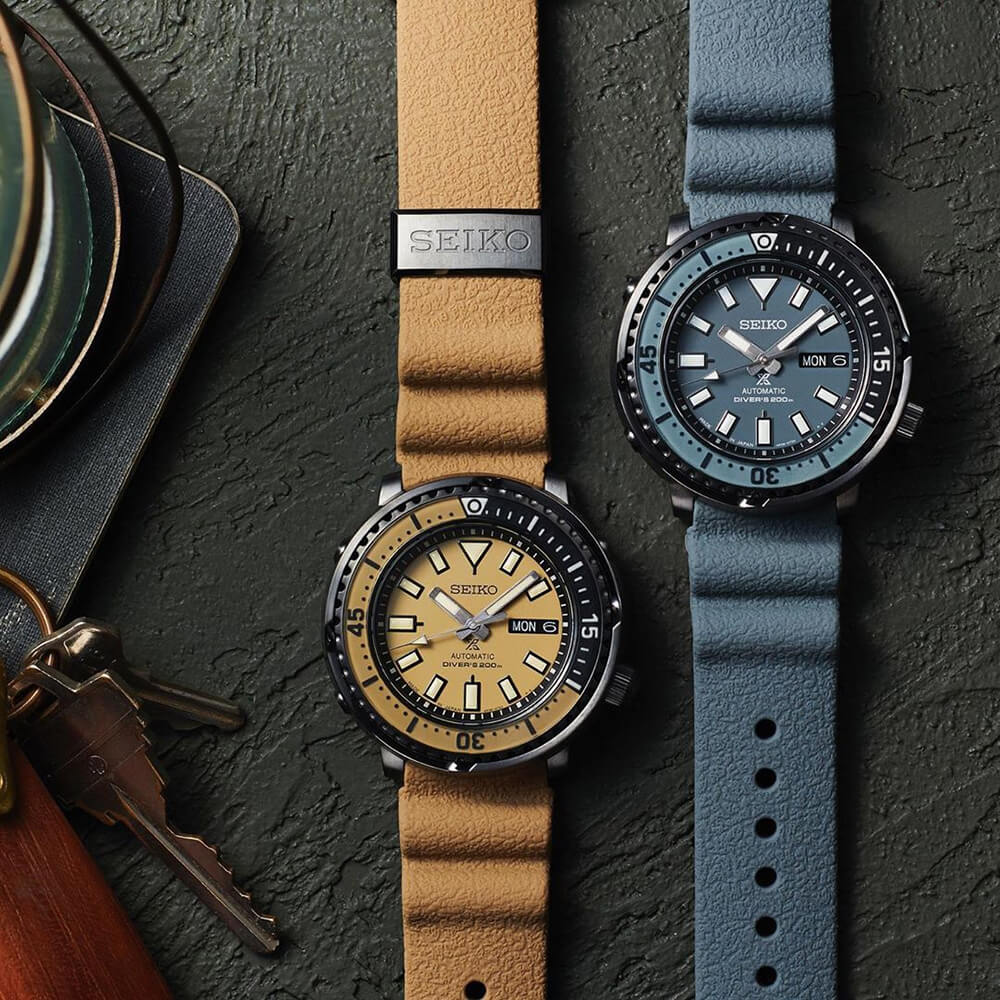 While urban is the only kind of safari most of us will be able to enjoy for a while, it hasn’t stopped Seiko continuing their run of killer Prospex creations, this time with a savannah-themed capsule collection: the Seiko Prospex Urban Safari watches. 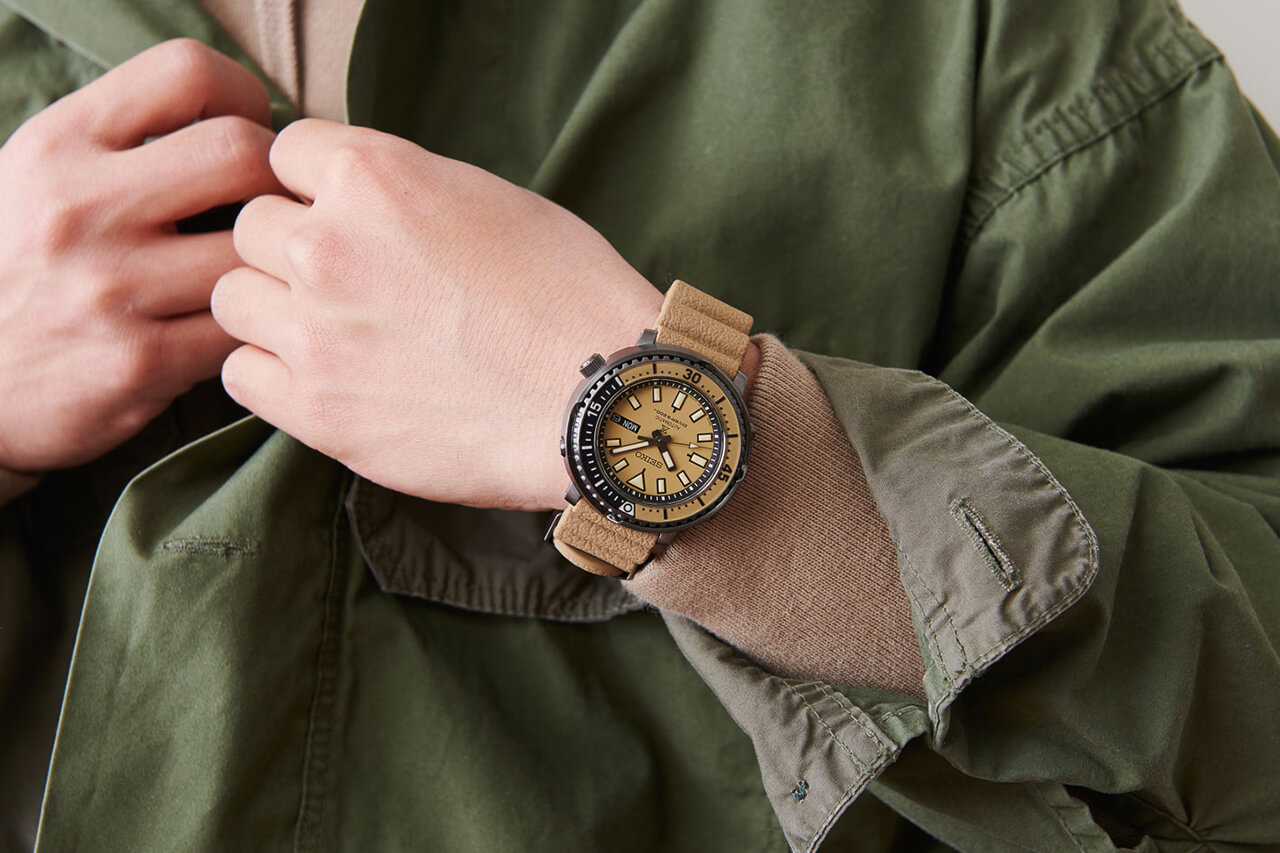 The four references in the mini-collection are divided into two distinct safari camps. The first is the pairing of the SRPE29 and SRPE31, both of which are based off the 1975 Tuna, a watch that’s making a serious comeback.

They’re smaller than the 50.5mm original, though at 43.2mm (Seiko hates round numbers) they’re still not exactly diminutive. Both of those chunks of stainless steel have a hard grey coating for an extra dose of utility, and both are equipped with the no-nonsense 4R36 movement and its 40-hour power reserve. 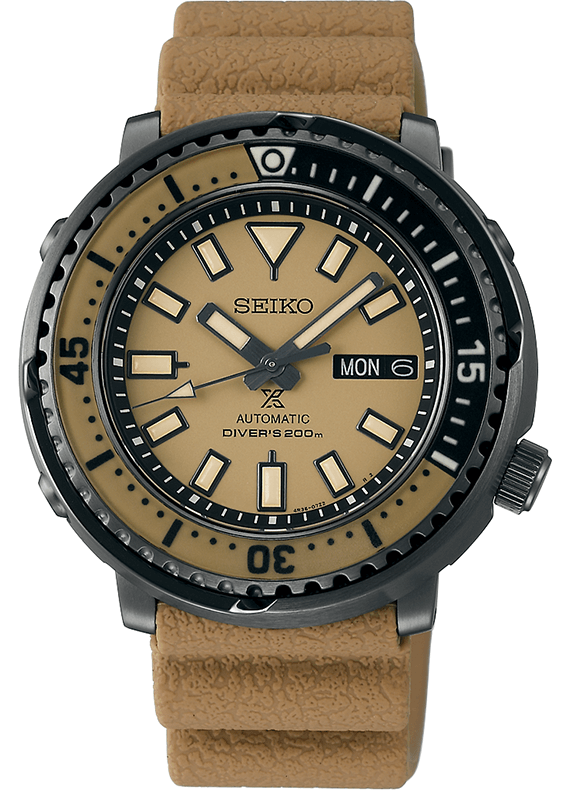 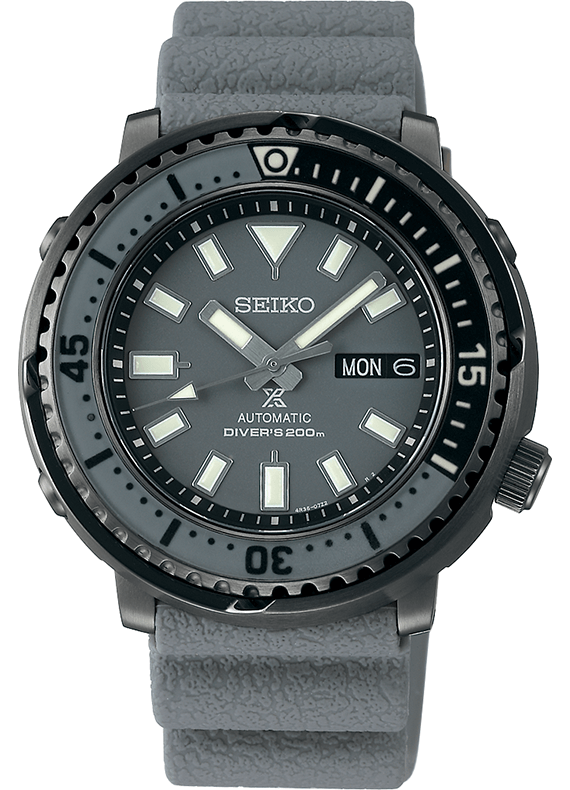 The difference is, very obviously, in colour. The SRPE31 has an elephant grey dial with matching diving bezel and strap, and white lumed indexes. The SRPE29 is the cooler though, in proper safari khaki and with brown, vintage-tinged lume. I want it. A lot.

Slightly more intimidating is the second duo, which is based on the quartz-powered, partly digital H558 Arnie, the Predator watch. Needless to say it’s a macho pairing and this time no concessions have been made to smaller wrists, with the pair measuring in at 47.8mm.

They keep the same kind of look at the Schwarzenegger-modelled original, but with bigger pushers and, of course, a change in colour. For the SNJ029, that means khaki indexes, scales and strap; for the SNJ031 it’s a dark green dial and strap, matched to the incredibly hardwearing plastic shroud around the stainless steel case. 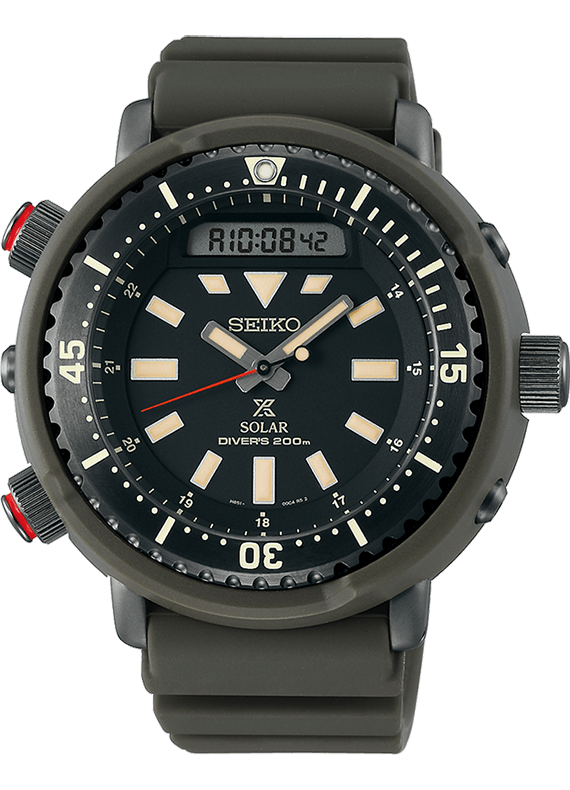 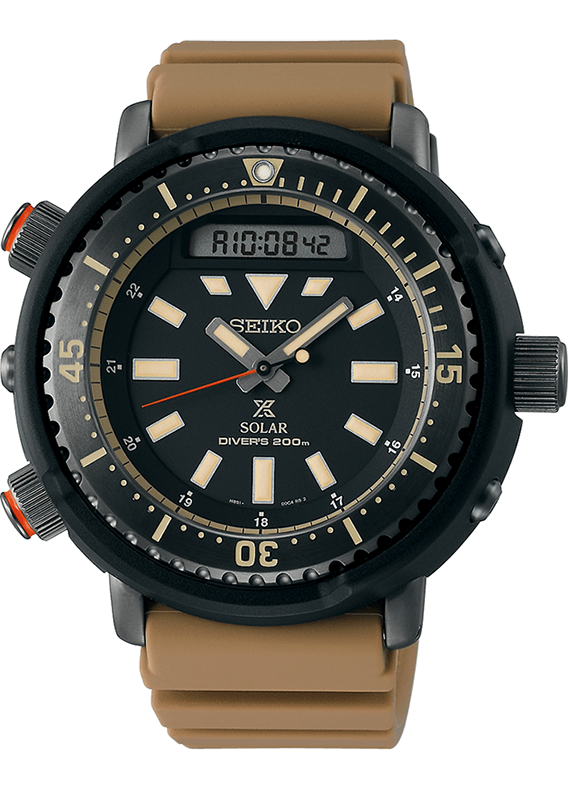 Both are equipped with the H851 calibre analogue / digital movement for that militaristic, instrument vibe suited to survive a bombshell. Or an alien hunter – though this pairing would have been far better camouflage in the jungle than the original.

None of these watches are limited, but you can be pretty sure they’re high on the must-have list of a fair few collectors – particularly that khaki Tuna.