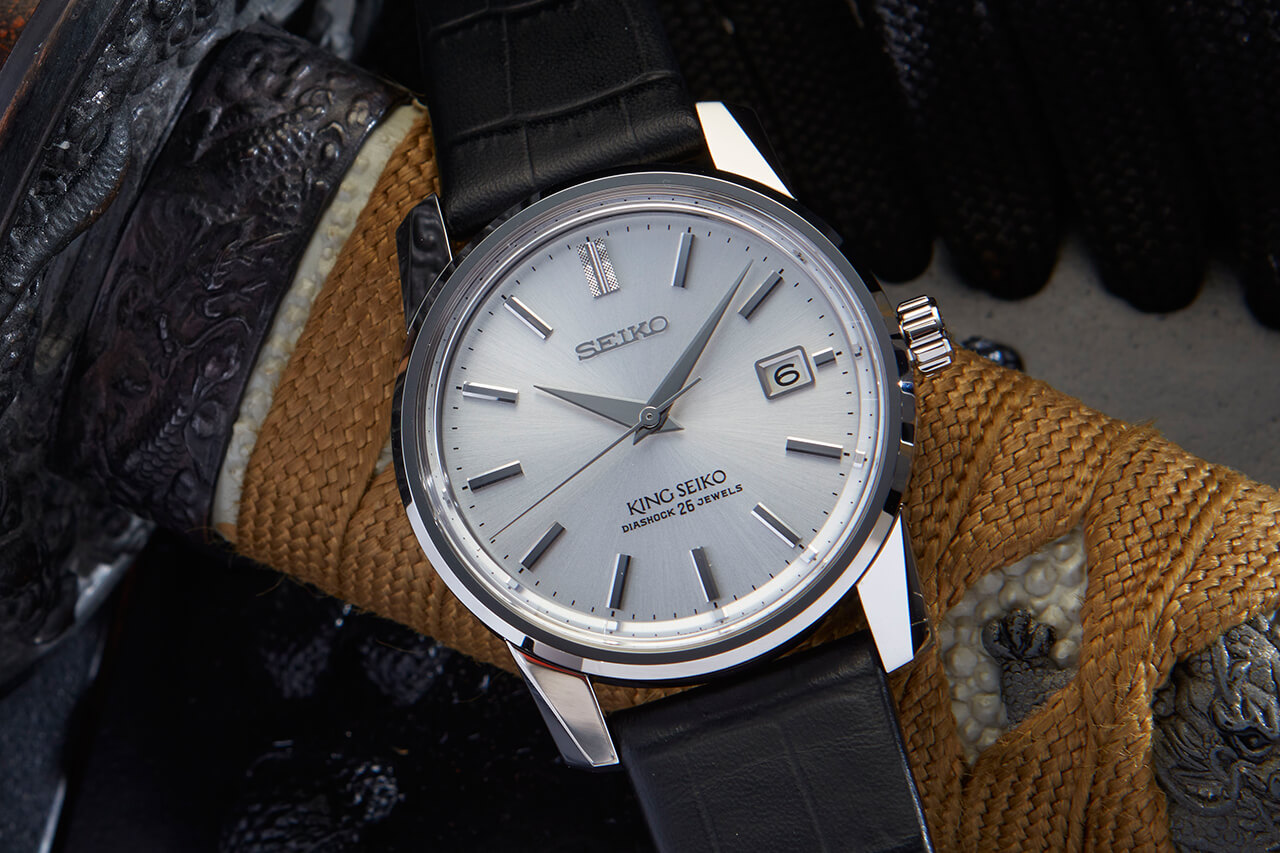 Back in 1960, Seiko had a mission: to create the finest timepiece they possibly could. Pretty much every collector out there knows what became of that mission and Grand Seiko is still very much here today, showcasing their unique brand of fine finishing.

But Grand Seiko wasn’t the only name to come out of that horological mandate; there was also King Seiko.

You see, rather than put all their hopes and dreams into one manufacture, Seiko decided to have a friendly contest between studios. On the one hand you had Suwa Seikosha, creators of the Marvel and Crown timepieces years earlier; on the other, Daini Seikosha, who built the Chronos in 1958. 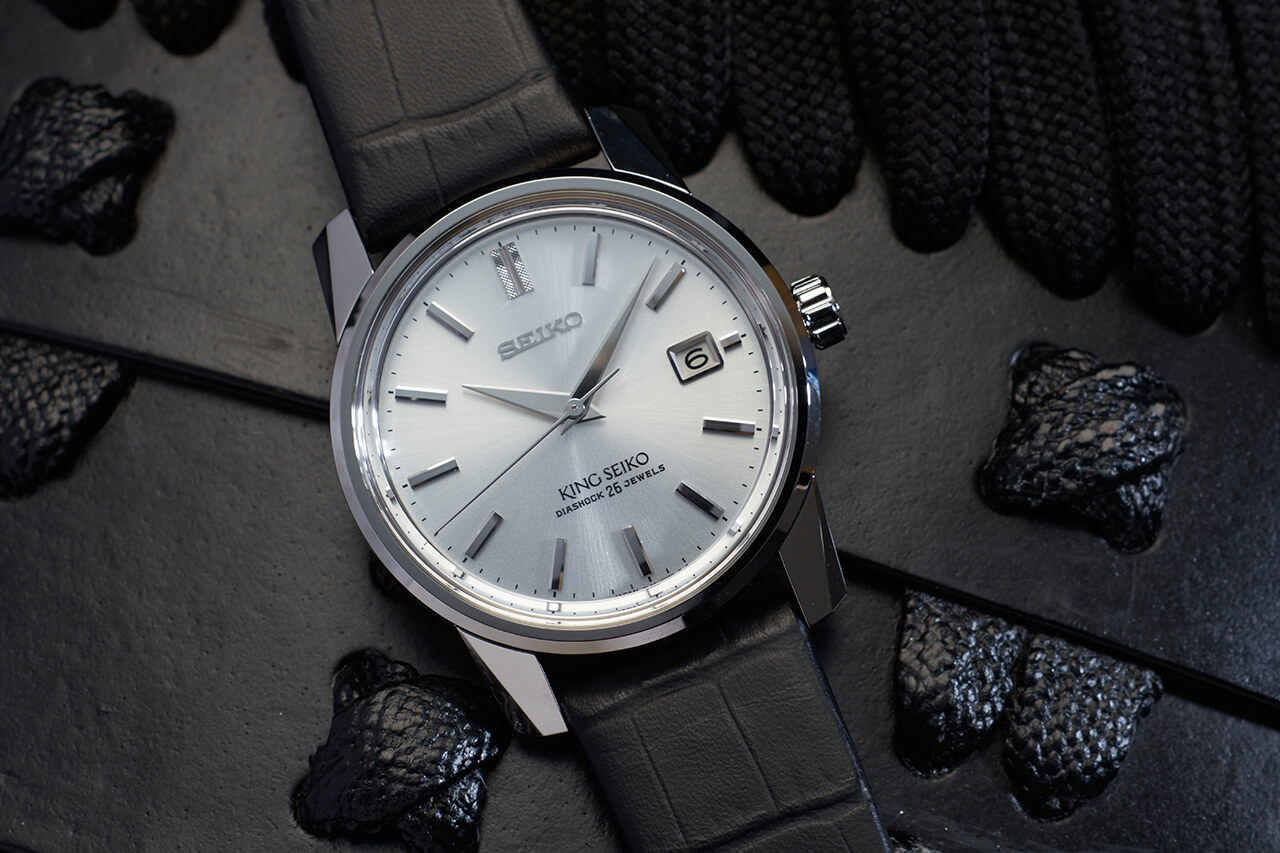 It was Suwa Seikosha that went on to create the first Grand Seiko in 1960, of which there have been a fair few faithful re-editions recently. Danini Seikosha instead built the King Seiko in 1961. Eventually, both manufactures began producing both watches, with Suwa specialising in automatics and Daini hand-wound movements.

Unfortunately – and somewhat ironically – both Grand and King Seiko were victims of the quartz crisis, when Seiko proper opted to focus their resources on quartz production rather than the high-intensity work of both manufactures. Only Grand Seiko came out of the other end.

Yet while King Seiko as a brand was relegated to the history books, this year Seiko has decided to commemorate their work with the King Seiko KSK re-edition. 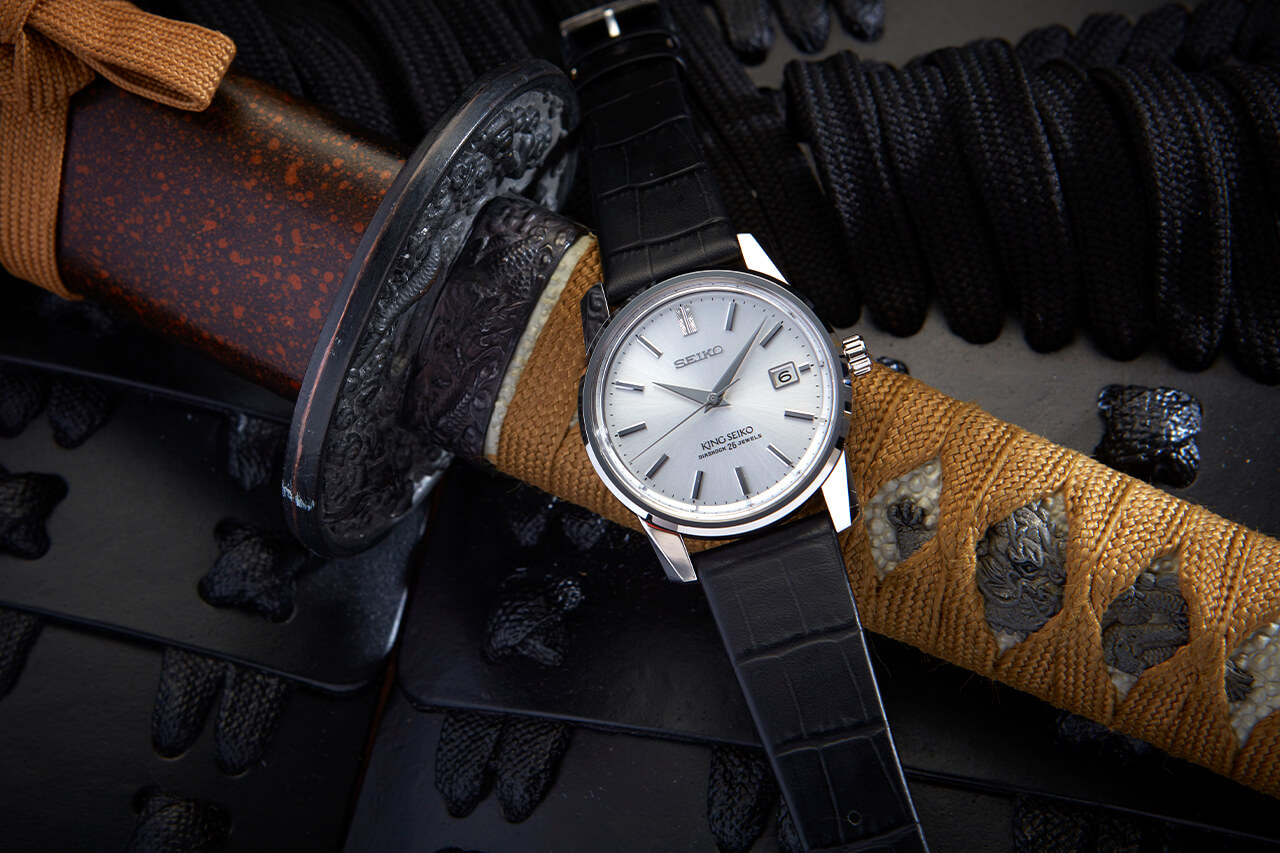 The KSK (which stands for kisei-tsuki, the Japanese for Hacking Seconds) wasn’t the first King Seiko. In fact, the KSK was built in 1965, four years after the initial model was released. The reason it was picked though is obvious: this just be the coolest of the lot. Just look at those lugs.

The razor-sharp facets are zaratsu polished to a mirror shine and feel far more contemporary than retro. Drape it in gold and black and it’d fit nicely into a Tom Dixon boutique. Paired with equally precise indexes – and a phenomenal, sparkling 12 o’clock – it’s an incredibly distinctive piece and one that’s long been overdue a return. 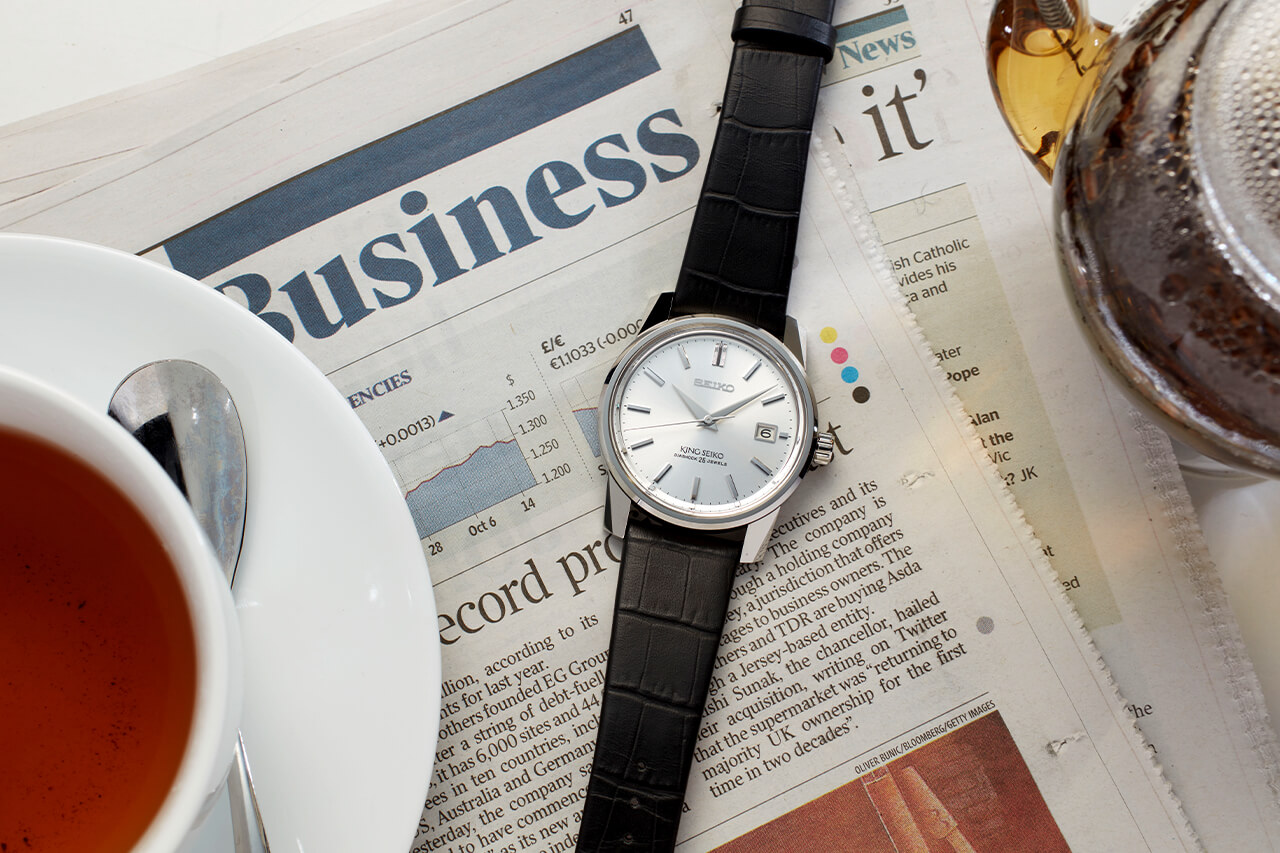 Looks-wise, with its silver dial and 38.1mm case, the new KSK is authentic right down to the buckle; as usual though the insides have been modernised with a slim Seiko 6L35 calibre automatic movement. It’s a more than serviceable movement, with a 45-hour power reserve but not quite Grand Seiko standards. The stainless steel has also been given a super-hard coating, which doesn’t change the look at all but does make it that touch more hard-wearing.

In both price and tech in fact, this release hits that sweet spot right between Seiko and Grand Seiko. But whereas the Prospex LX does so by using Grand Seiko movements, the King Seiko opts for exquisite case finishing instead. Honestly, I’m not sure which approach I prefer. 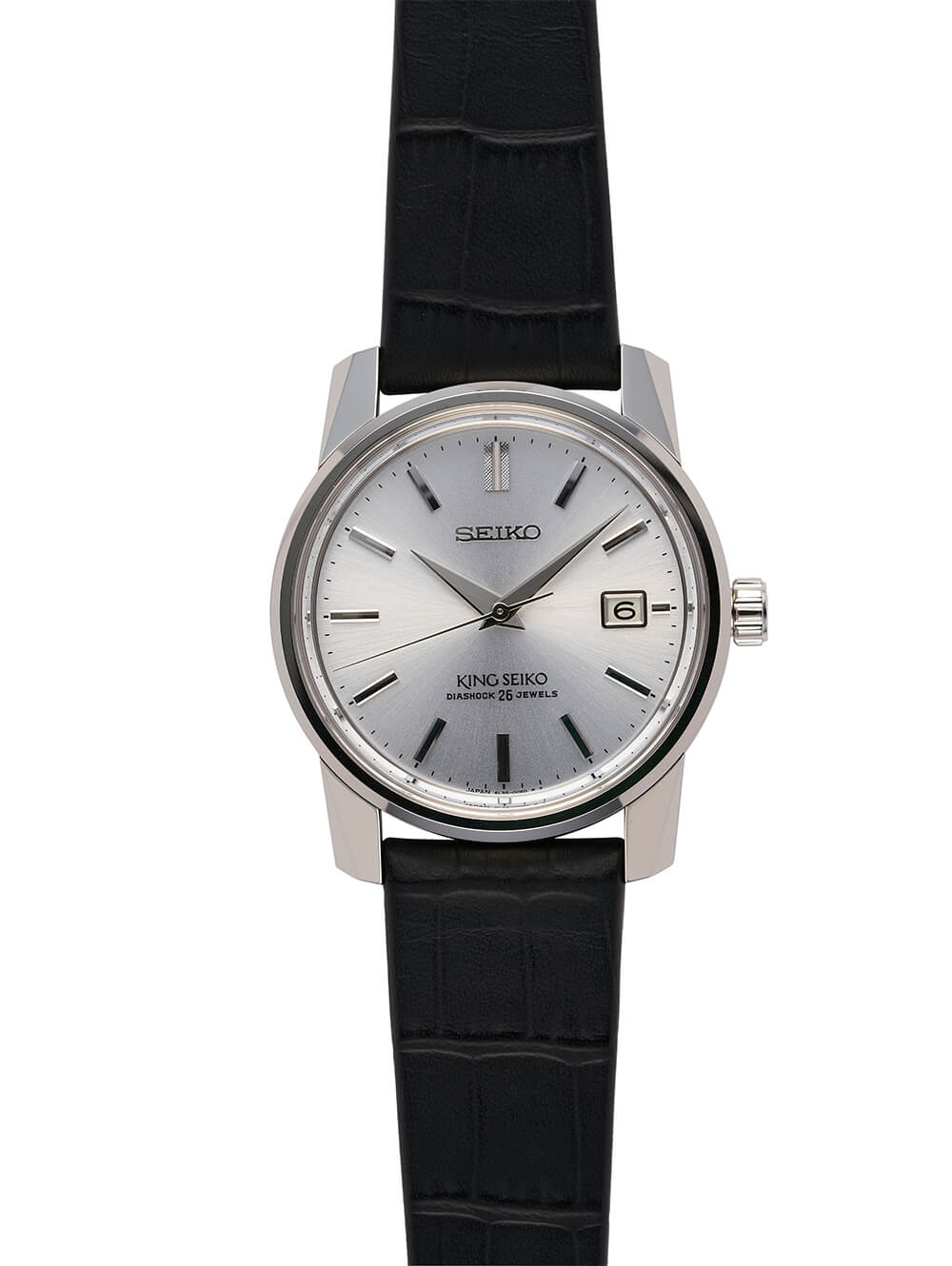 It has to be said that this isn’t the first time Seiko has revived the King Seiko moniker. The last time though was way back in 2000 and there’s a good chance that we won’t see King Seiko again for just as long after this. But I hope not. The KSK looks fantastic, is priced nicely and is a chance to gush about the history of Seiko’s upper-echelon watchmaking. What’s not to love?