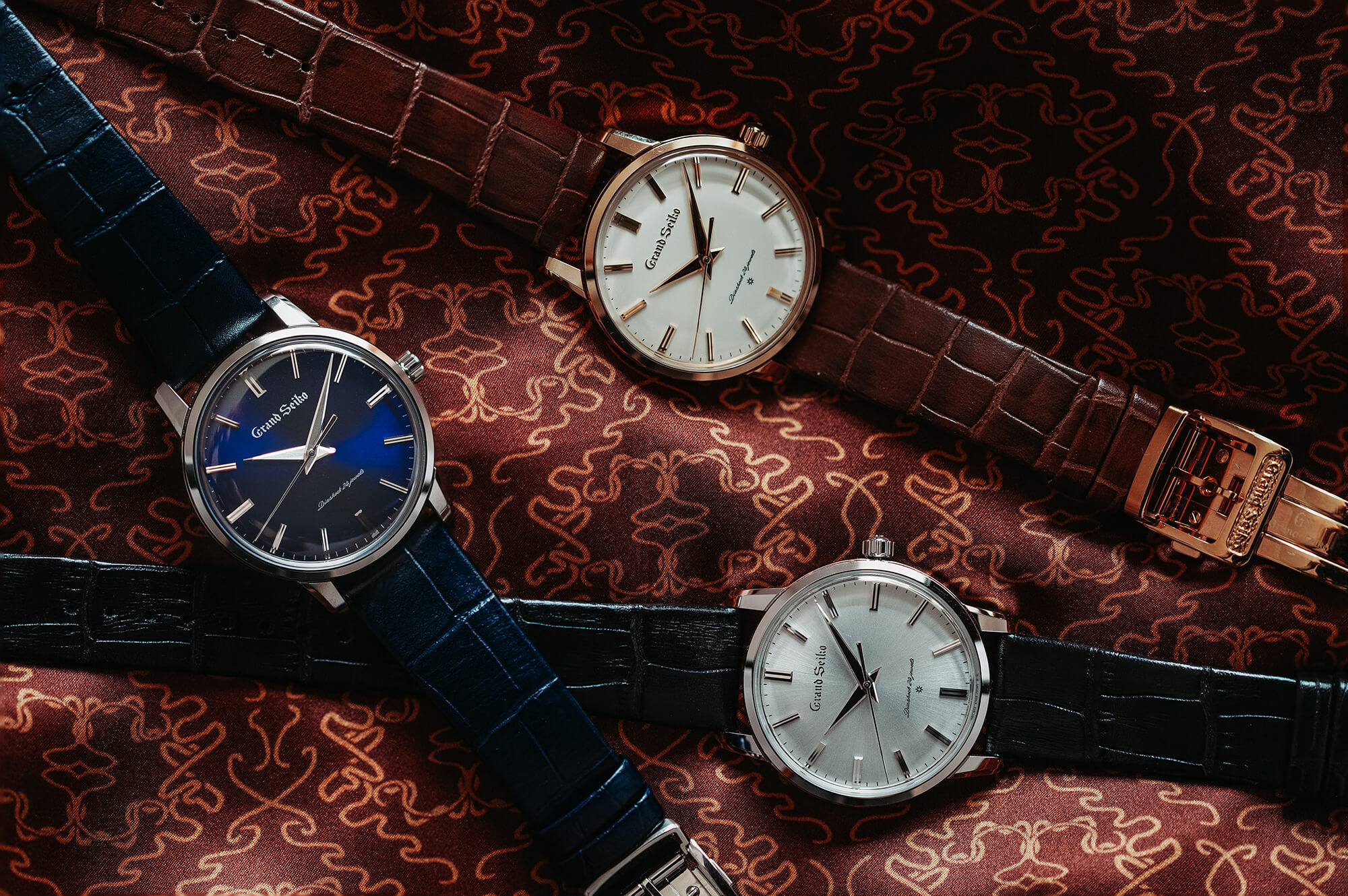 A lot happened in 1960. Sir Francis Chichester sailed across the Atlantic solo in 40 days; Psycho made Alfred Hitchcock a household name and JFK won the election for President of the USA. In the watch world though, a quieter yet no less important thing happened: Grand Seiko.

Founded as a kind of concept workshop for Seiko, which was already dominating the Japanese horological scene, Grand Seiko was created with the express purpose of building the perfect watch. So aiming nice and low there. That didn’t stop it from ploughing ahead though and with that mandate came the first watch to be crowned with its now-iconic lion, the reference 3180.

The 3180, also known as the ‘Diashock’, was designer Taro Tanaka’s first attempt to pin down his idea of the ‘ideal’ watch and laid some of the foundations of what Grand Seiko would become; the 44GS some seven years later engraved them in stone, but it all began with that calibre 3180. 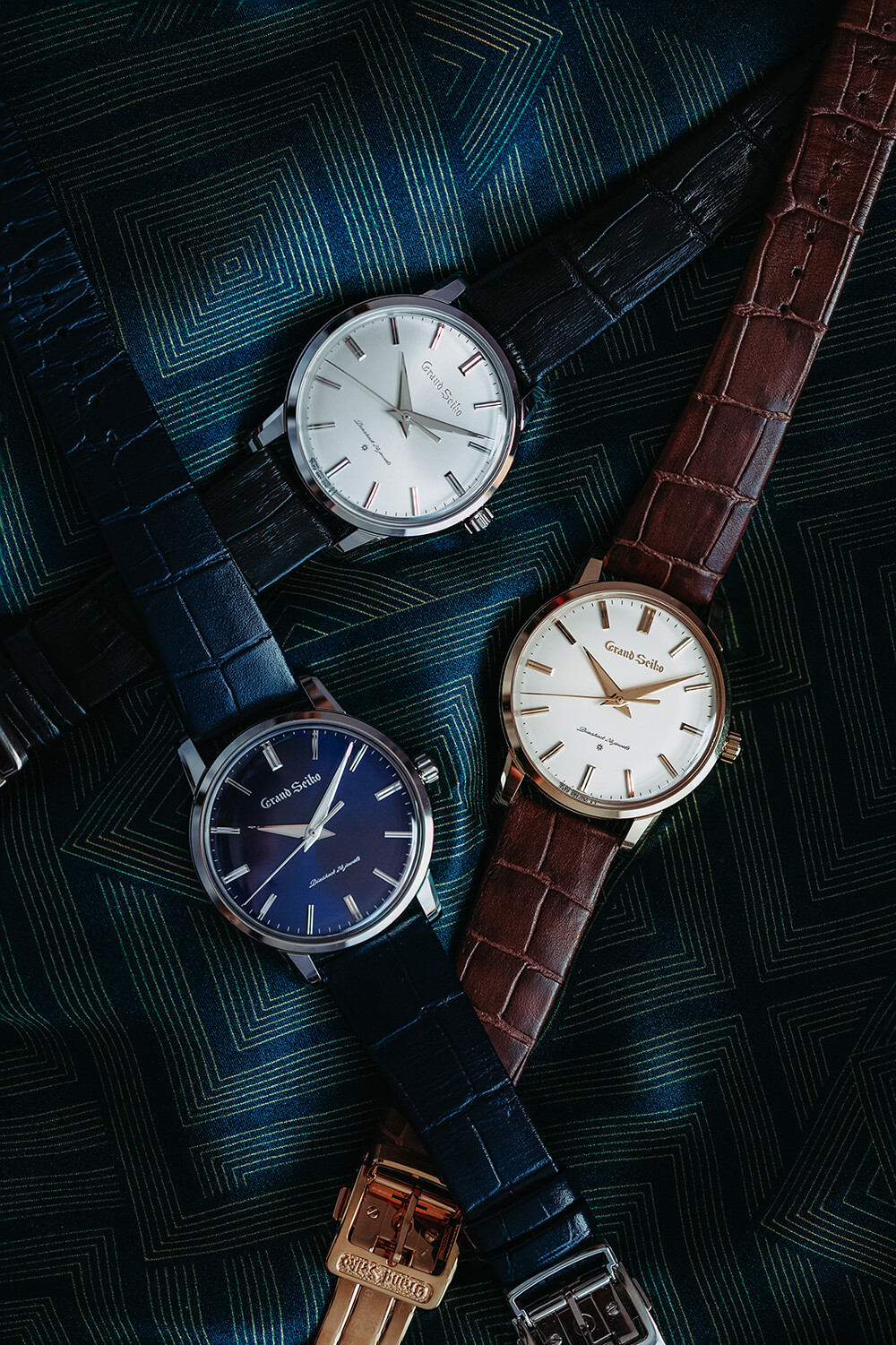 Flash-forward 60 years on and a lot’s changed. Even a slow cruise liner takes under ten days crossing the pond; Hitchcock’s relegated to the DVD shelves of hipsters and film students (I know, I know, Vertigo is still a classic) and JFK… well, we all know what happened there.

In fact, if we’re being pessimistic – which it’s hard not to be these days – most of what was shiny and new has been replaced, forgotten or made irrelevant. Except, of course, for Grand Seiko.

In fact, Grand Seiko is stronger than ever, not just surviving the quartz crisis of the 70s (instigated might I point out by its older brother), but thriving throughout it. Today they’re a collectors’ darling, despite only leaving home shores back in 2010. Indeed, while it feels like Grand Seiko has been part of the watchmaking landscape forever, the past decade alone has seen a fair few changes. 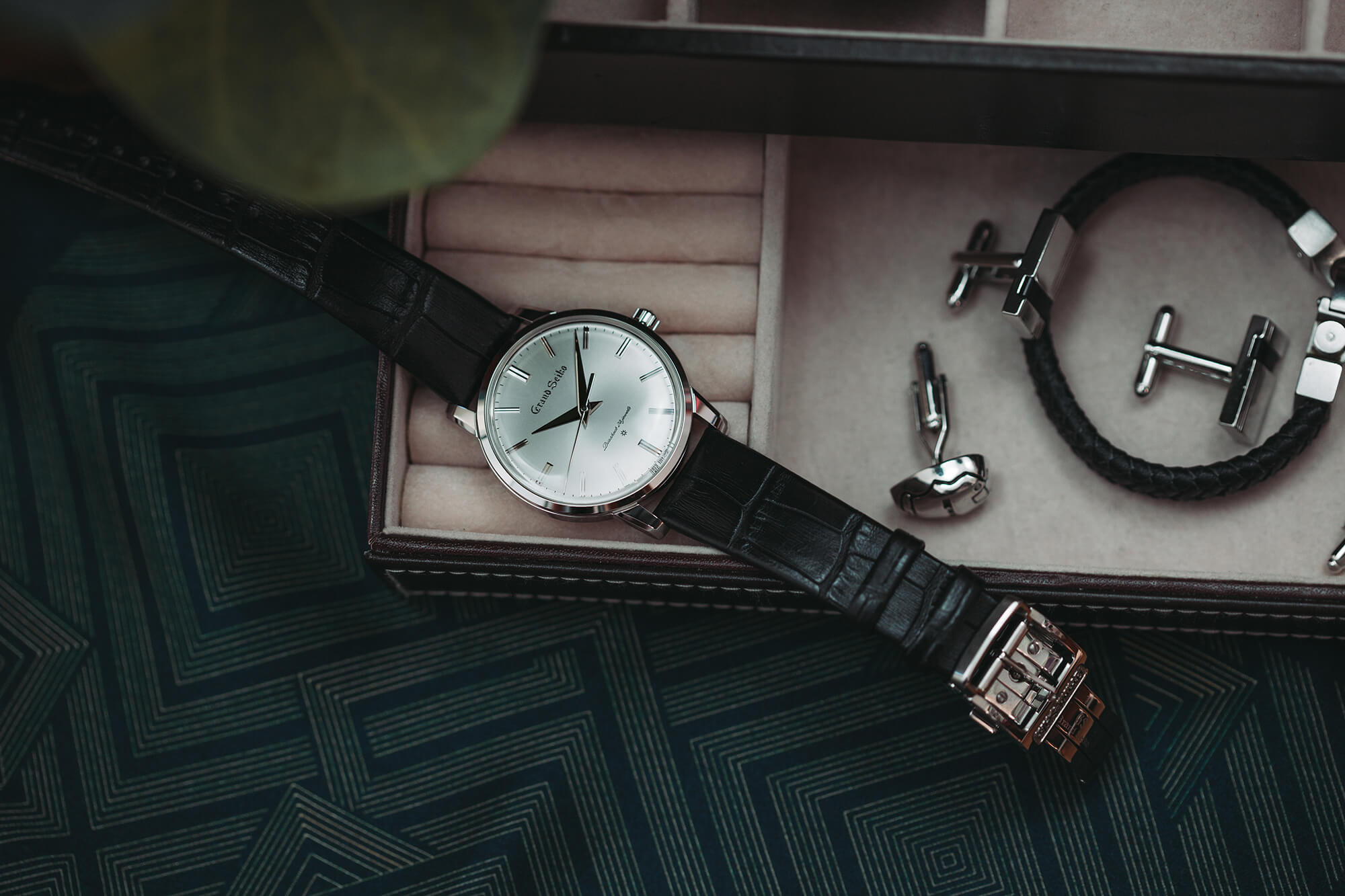 The brand celebrated the 20th anniversary of its seminal hybridised Spring Drive movement too, with a series of cutting-edge limited editions and ever more advanced mechanics behind them, illustrating just how far Grand Seiko has come over the decades.

This, however, is a far bigger anniversary than that. For Swiss brands, 60 is a bit of an arbitrary number, as relevant as any other ending in 0. Or 5, for that matter. In Japanese culture though, 60 years marks an entire cycle of the traditional Zodiac calendar, arriving right back at the beginning. What better way to commemorate 60 years of Grand Seiko then, than to come full circle back to the original, timeless formula of the Ref. 3180?

That formula involves prominent, old-school lugs, a slim bezel and rounded case facets, highlighted by the brand’s signature Zaratsu polishing. The new watches also retain the double hour markers and sharply faceted hands that still run through the Grand Seiko collection as a whole. They even retain the “Diashock 24 Jewels” wording of the 1960s original. 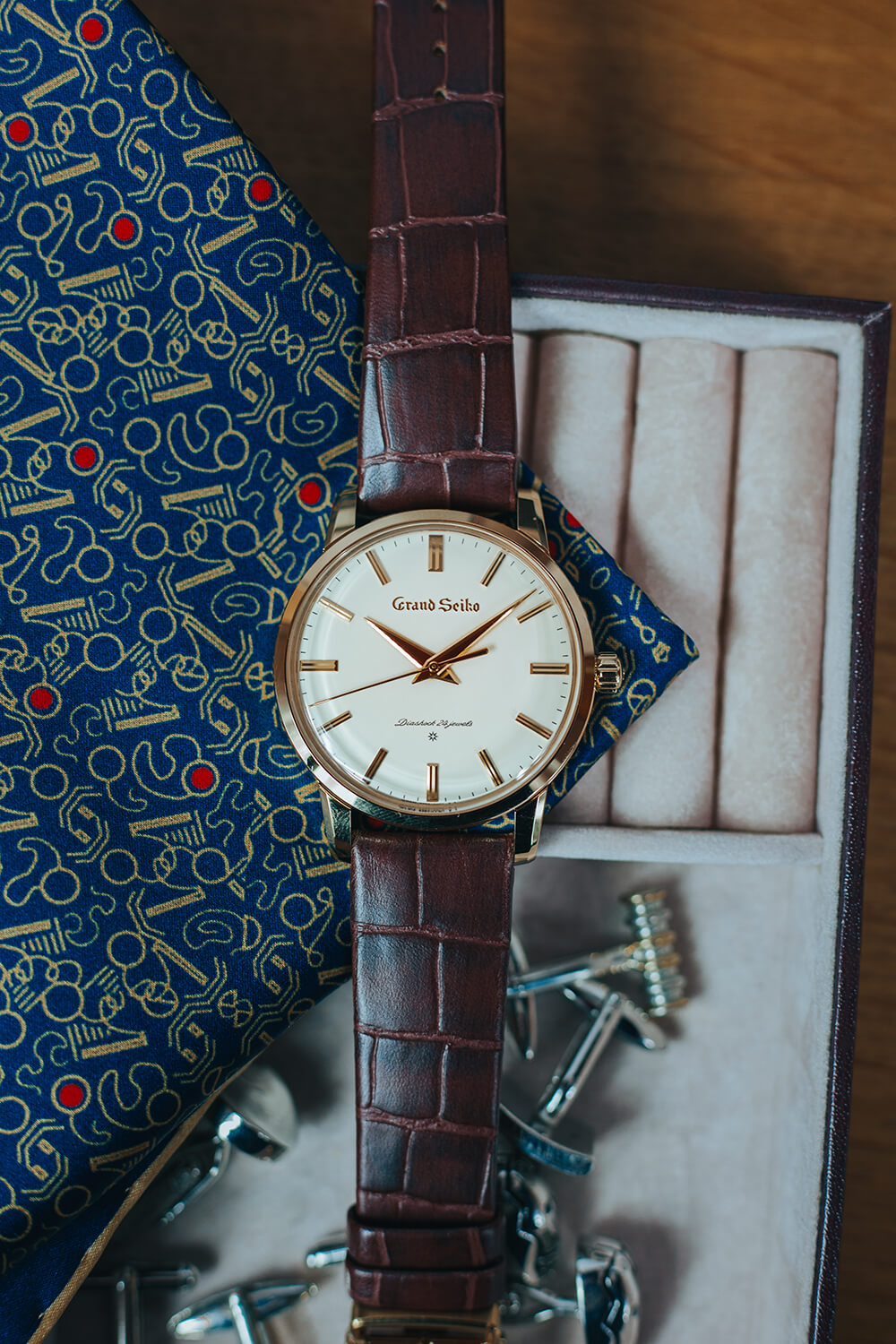 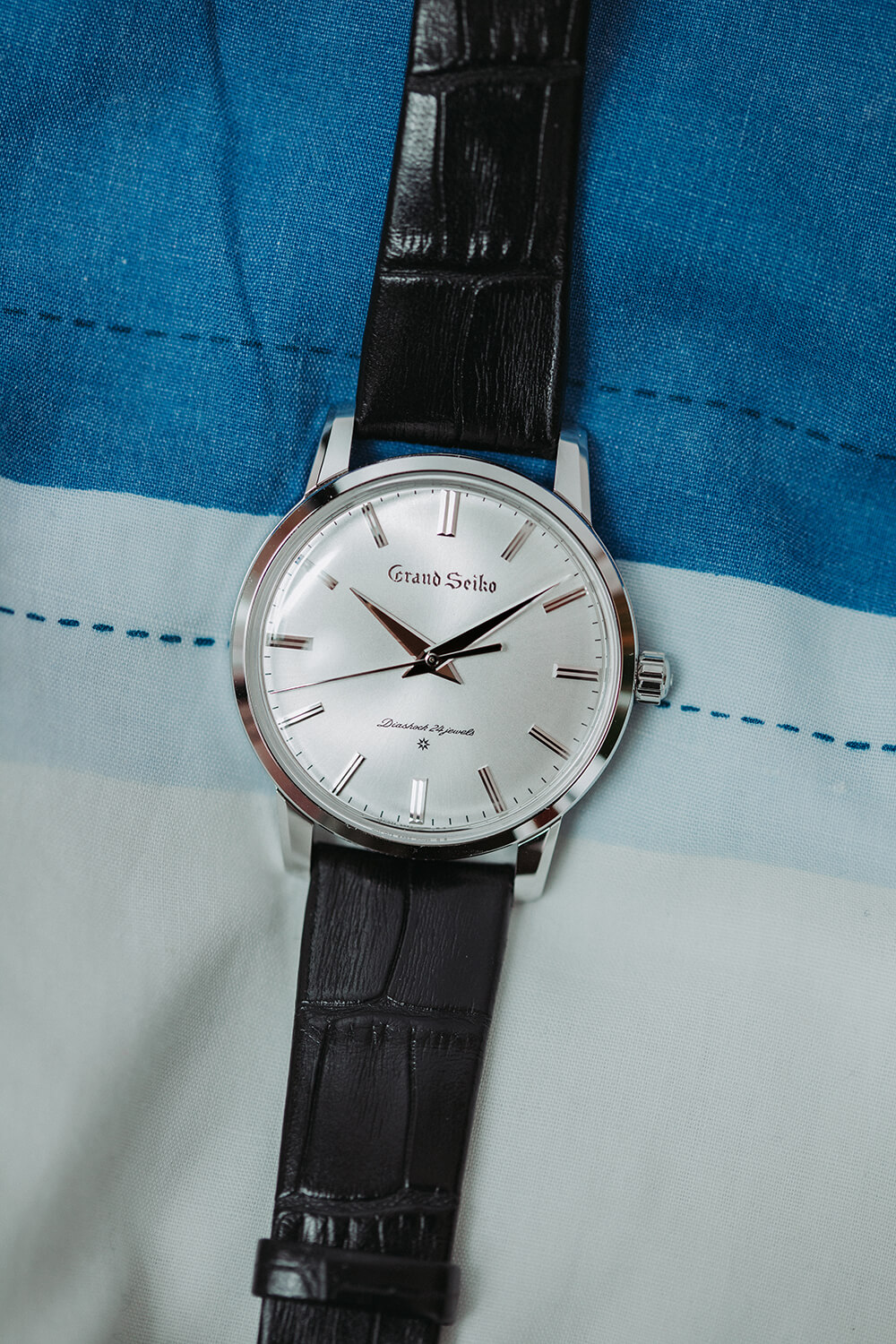 In fact, while all the proportions have been almost imperceptibly tweaked, there are only really two obvious aesthetic differences. The first is the sizing, which has grown from a vintage 35mm to a more wearably modern 38mm. The second difference is in the colours.

Two of the models are as classically elegant as these things get. The SBGW257 uses platinum with a matched white gold dial and, more in line with the first “Diashock”, the SBGW258 opts for yellow gold with a Champagne dial. Both offer a sophisticated tone-on-tone look, nothing exactly ground-breaking but lovely nonetheless. The last member of the trio though, the SBGW259, has a twist.

What looks like stainless steel is actually “Brilliant Hard Titanium” which, in the grand tradition of Seiko naming, is exactly as it sounds: a bright, polished and hard-wearing titanium alloy. It shows off the Zaratsu polishing far better than the often dull grey of the lightweight metal usually allows. Paired with a midnight-blue dial, it’s a striking new take on the established design. 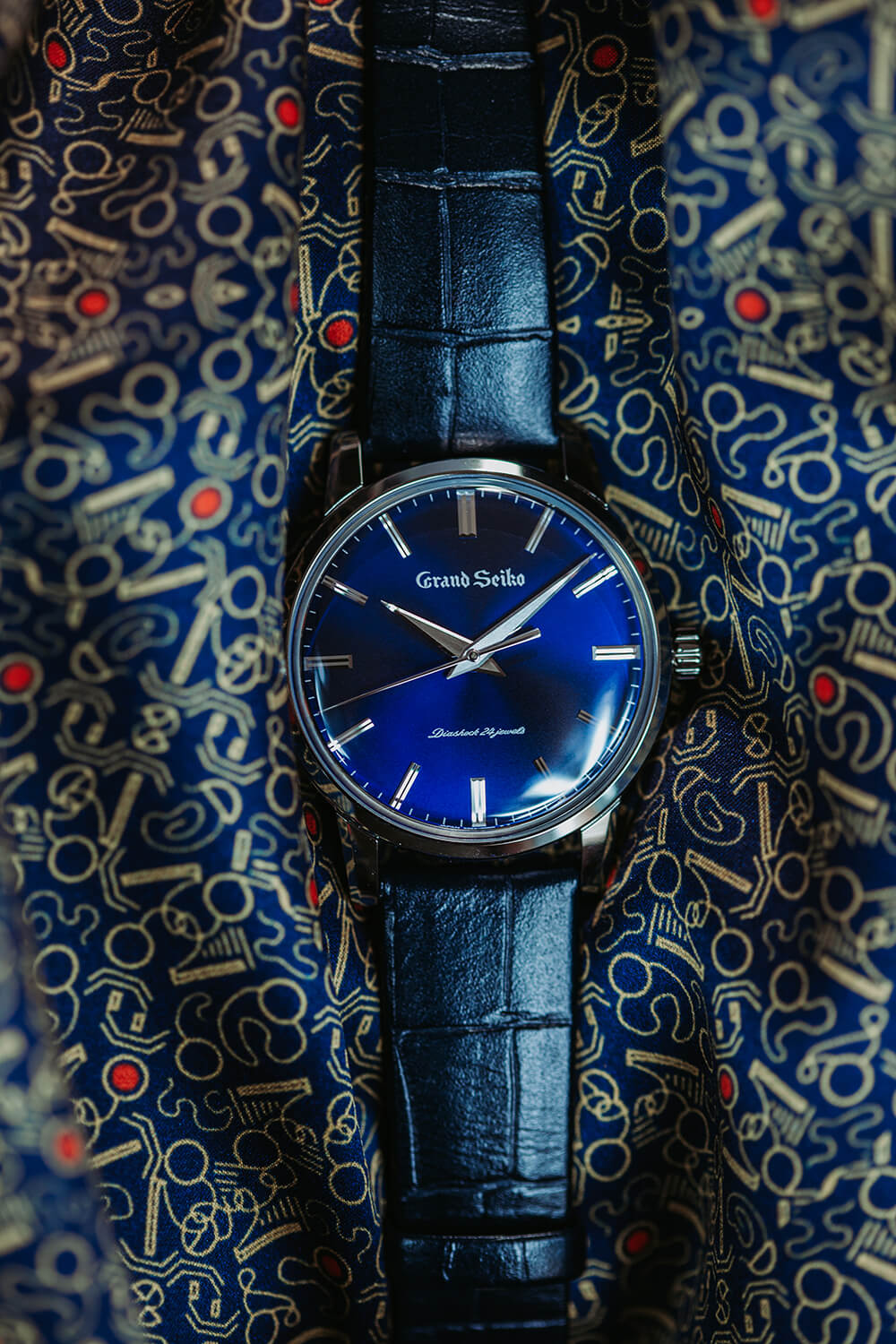 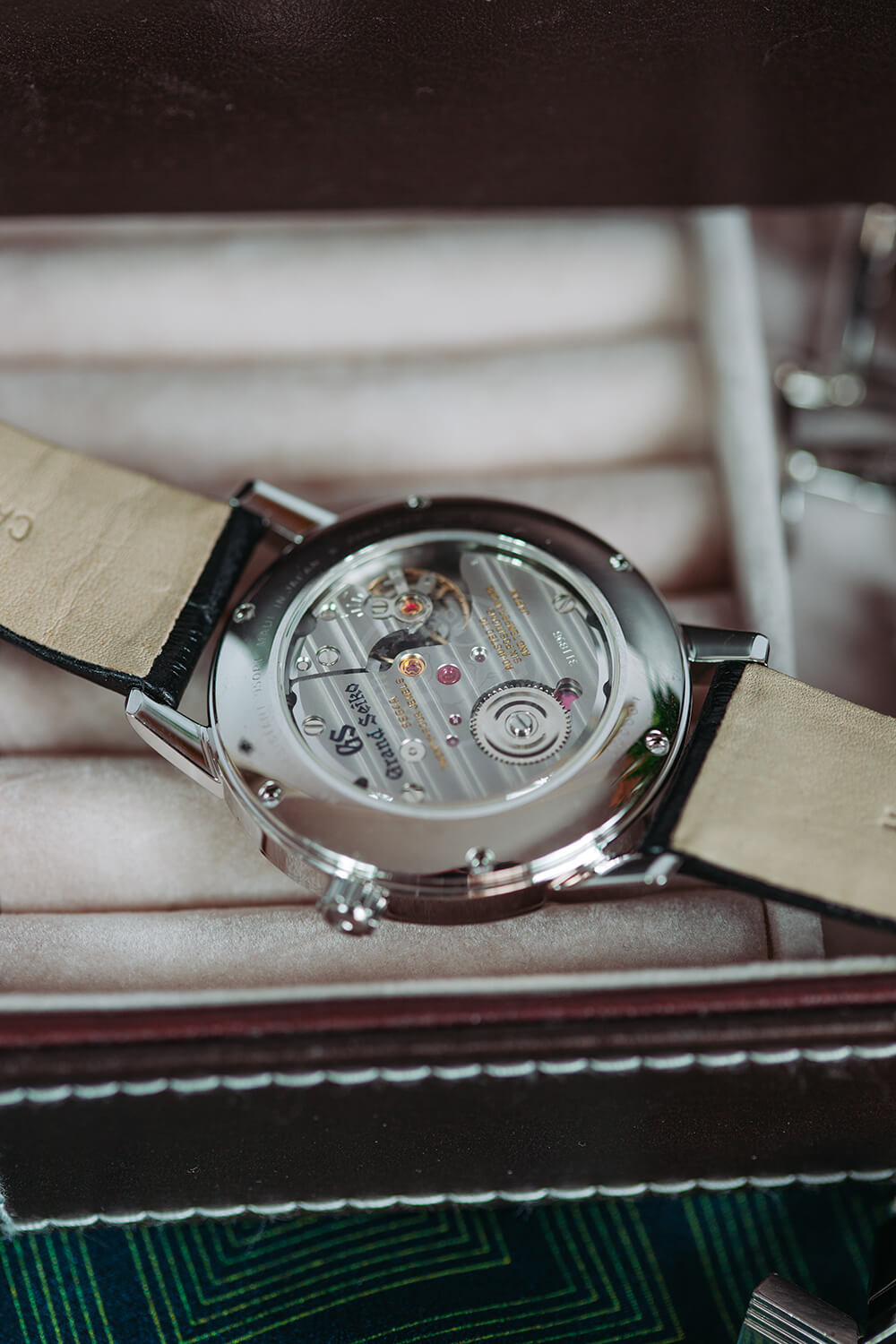 Harking back to before movements like the Hi-Beat and Spring Drive became central to Grand Seiko, the movement in all three re-creations is the 9S64 calibre, a thin, manual-wind number with a 72-hour power reserve. It’s a lot more advanced than movements from the 60s, with an incredible accuracy rating, +5 to –3 seconds per day. In Japanese culture, 60 years marks an entire cycle of the Zodiac calendar. What better way to commemorate 60 years of Grand Seiko than to come full circle?

This isn’t the first time Grand Seiko has mined the “Diashock” for inspiration; back in 2017, it released a trio of limited edition pieces based on the original 1960 model. The important distinction here is that these are not limited; this re-created trio is now part of the core Grand Seiko range, meaning even the less obsessive collectors might be able to get one on their wrists.

Most importantly, 60 years on, by the end of the next Zodiac cycle, you can be damn sure these three watches will be just as timeless as they are now.