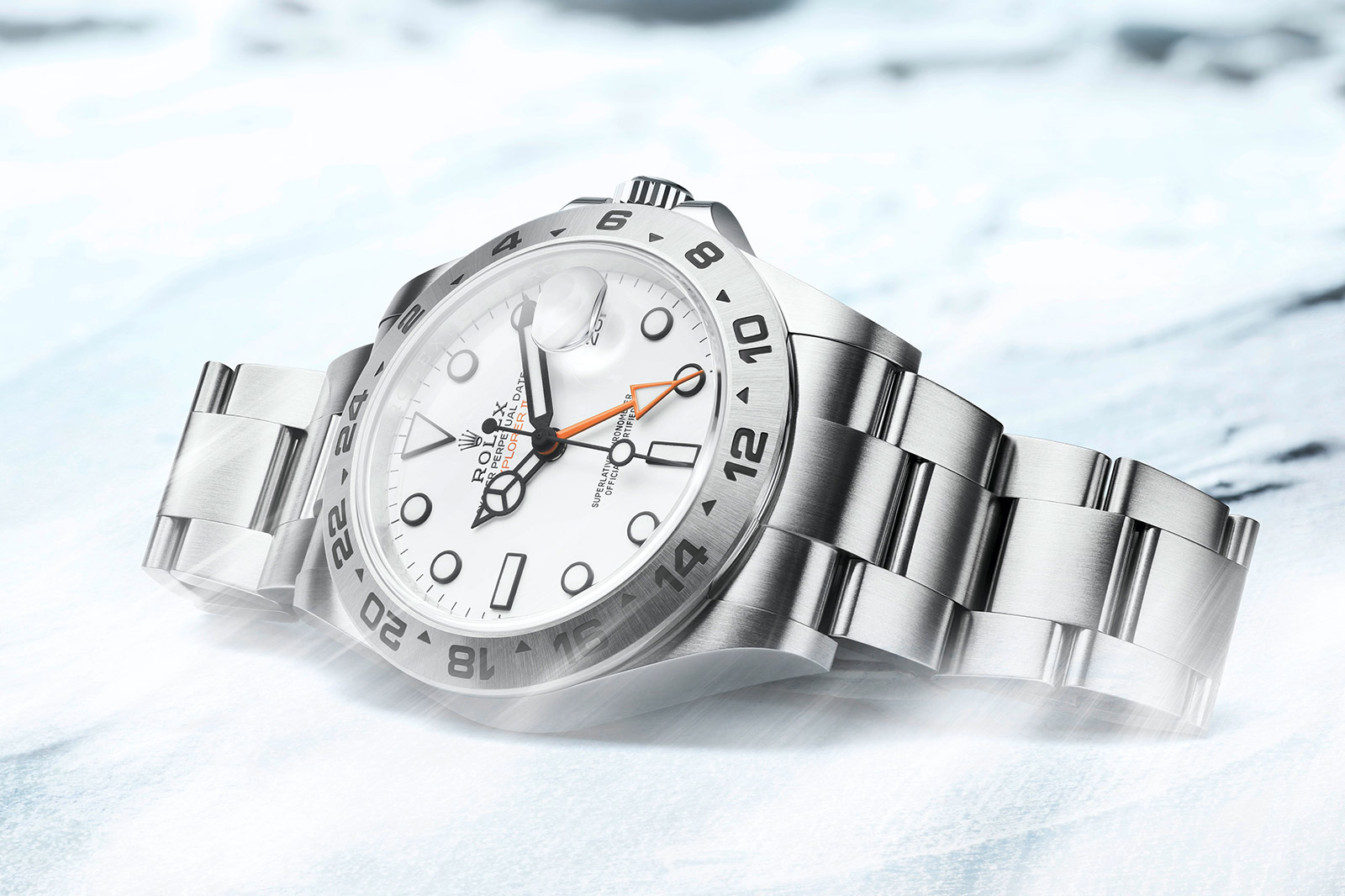 It has been a full 50 years since Rolex first introduced the Explorer II, an expansion on the Explorer collection aimed at the rather niche pastime of spelunking. Over the past half-century, the watch has etched itself into the tool-watch hall of fame becoming one of the most easily recognisable watches out there and for this key 50th anniversary Rolex have updated a classic to bring it in line with their other collections.

The watch keeps all of its tool watch charm with its bright orange GMT hand, fixed 24-hour bezel and combo of triangular, round, and rectangular lume-filled hour markers on either a black or white lacquered dial, however this new release now has a redesigned case, new movement and a new bracelet. 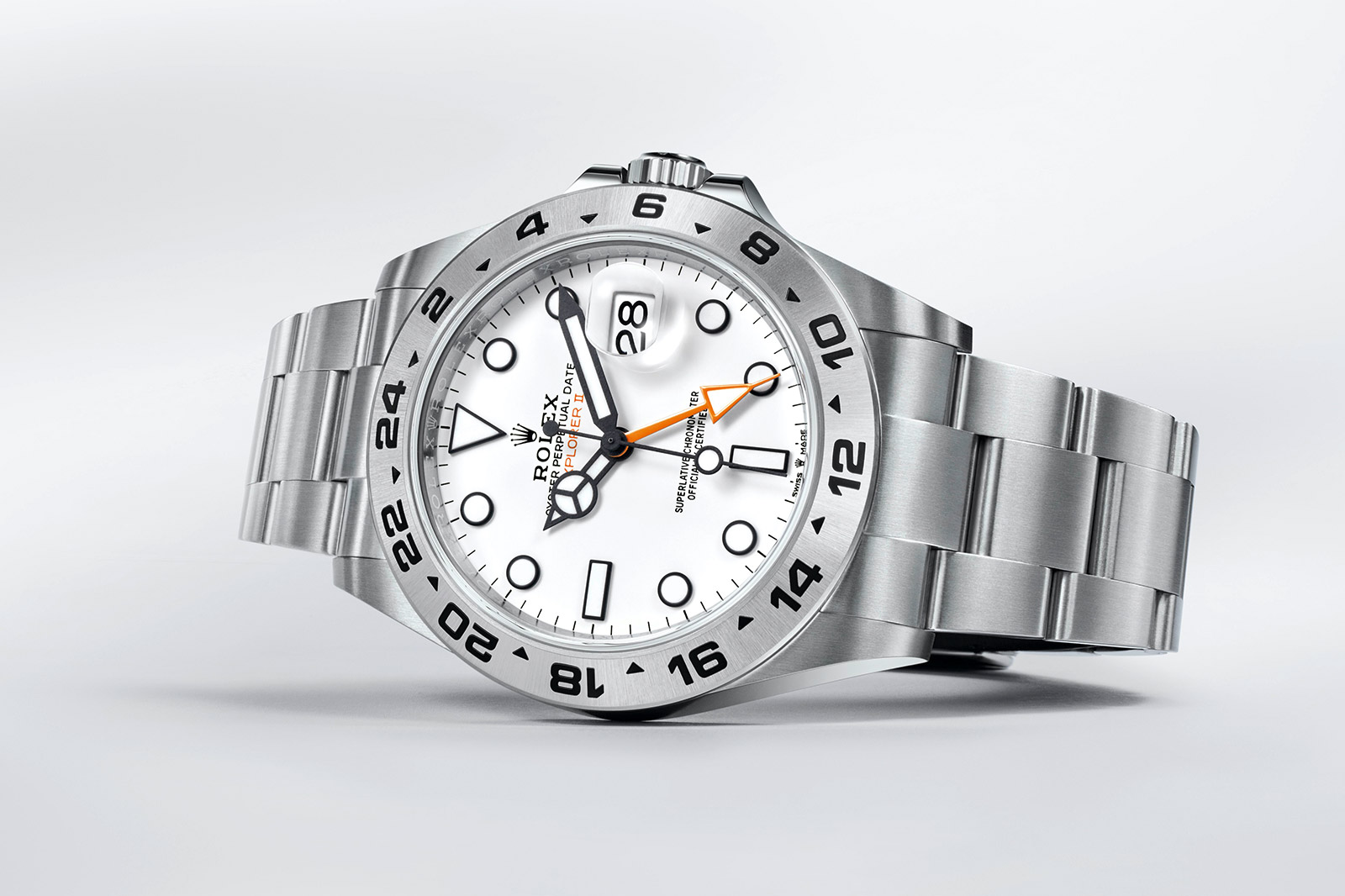 Let’s start with the case. Measuring in at 42mm it’s the same size as previous generations of Explorer II and has been slightly redesigned. Precisely what that redesign entails, I’m afraid you’ll have to wait for details. The differences are subtle and we’ll have to wait to compare it side-by-side with the 16570 in order to tell you the exact differences.

The biggest change is actually on the inside. The Explorer II now houses the calibre 3285, originally launched in 2018 as the brand’s de facto GMT movement. Specs wise, its exactly the same as the more recent 3230, meaning a Chronergy balance with Parachrom – a paramagnetic shock resistant alloy – hairspring and a 70-hour power reserve. 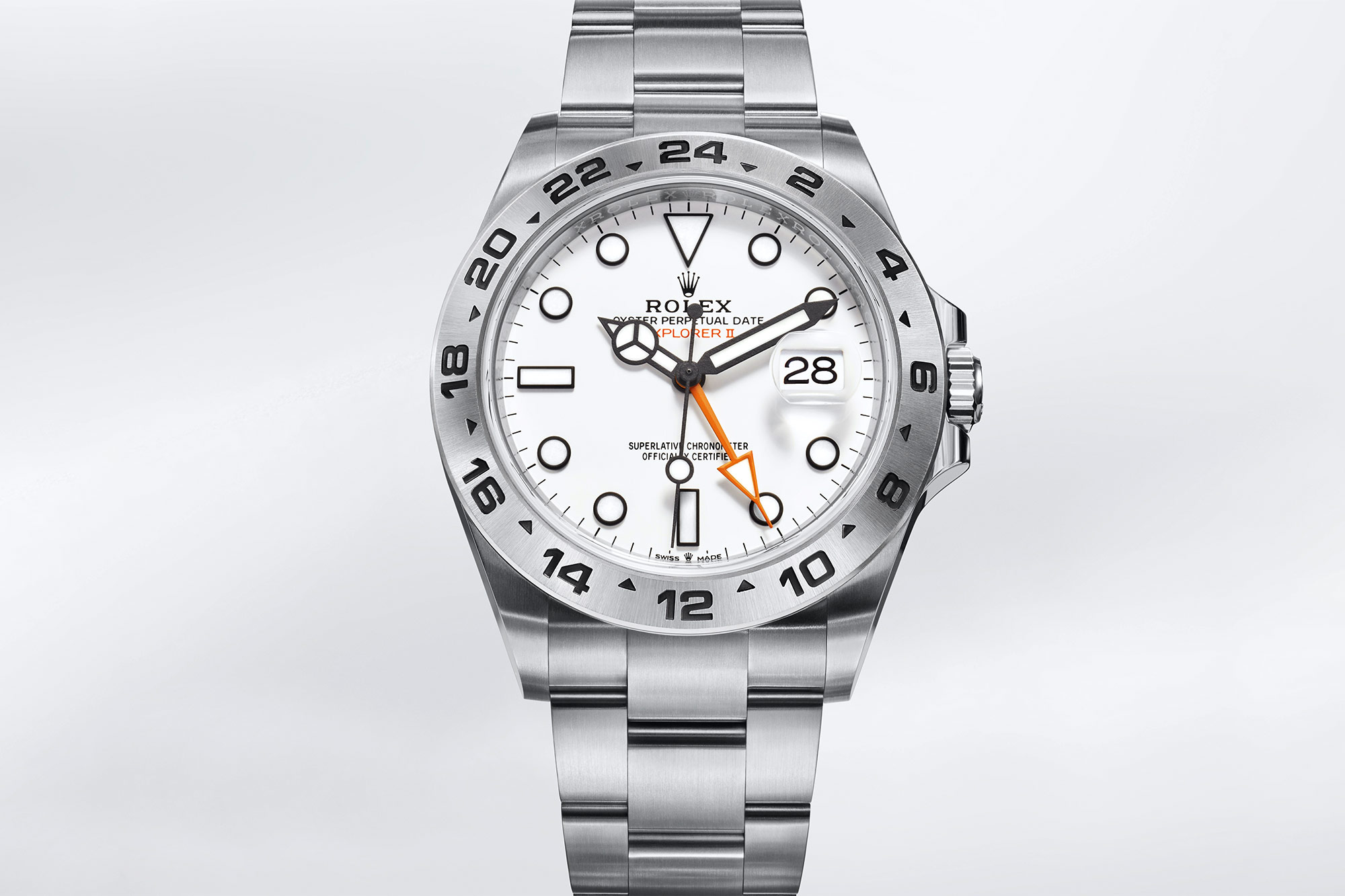 As the 24-hour hand can be independently set, it allows it to be used as a second time zone function, as well as the way to track the time of day it was intended for in the original Explorer II. The bezel remains fixed (it wouldn’t be an Explorer II otherwise) meaning you’re restricted to a second time zone instead of the GMT Master-II’s three. 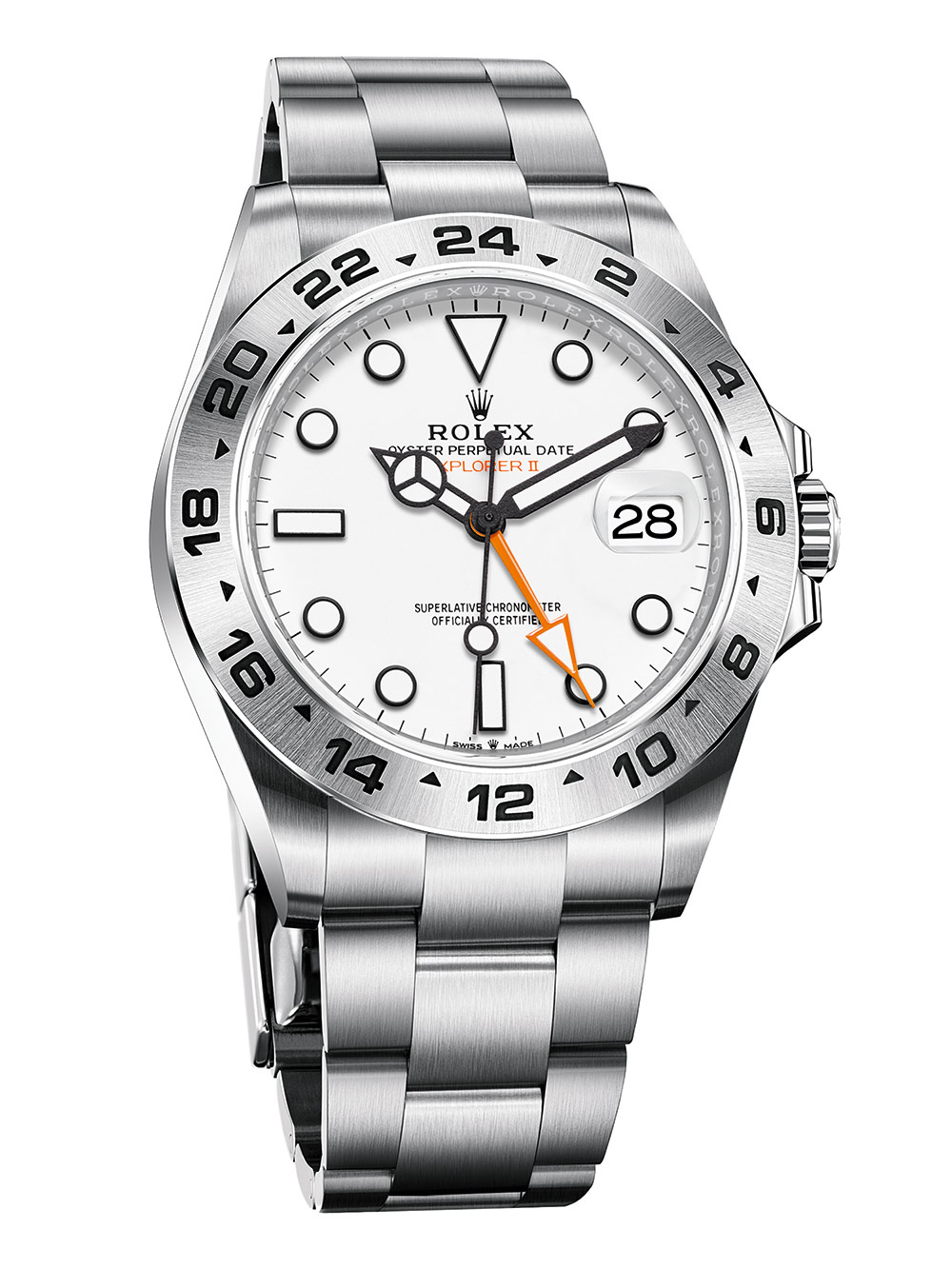 Otherwise, there’s not much to say here. It’s a slight tweak on the previous generation of Explorer II but like I said, we’ll have to let you know more when we see it in the flesh. If you were expecting fireworks fit for a 50th anniversary celebration, you might be a bit disappointed. But hey, we’ve all had pretty crappy birthdays over the past year, why should this be any different? And a solid refinement of a classic is nothing to put your nose up at. Vintage sizing and a retro bi-colour look make for a charming new take on the established Explorer... Rolex guru James Dowling explores the past, present and future of investing in Rolexes.