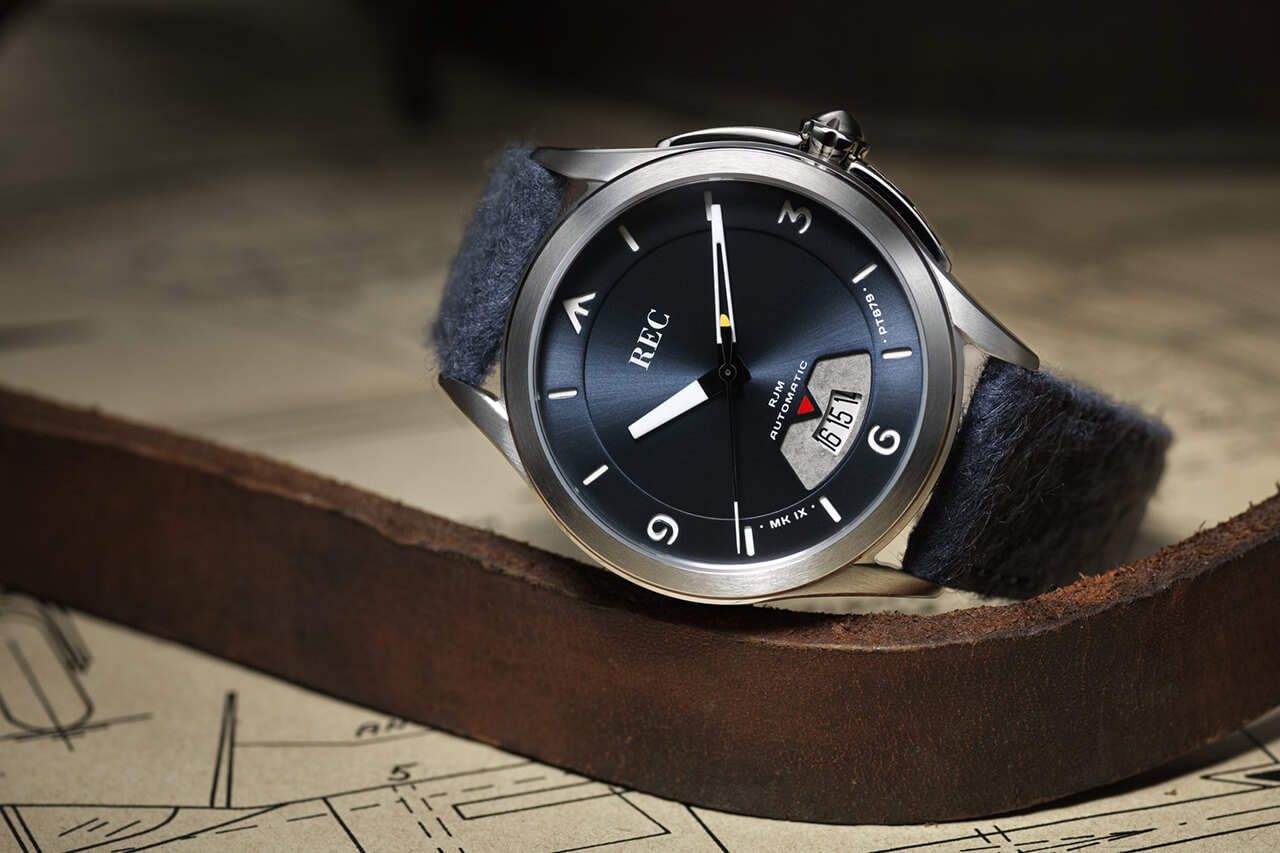 The Spitfire has a special place in aviation history. Even aside from it’s role in the Battle of Britain, it’s an iconic aircraft and one that’s getting increasingly rare, with less than 100 left that can actually take to the skies. Still, it’s not all over if they can’t take off; they might well end up in a REC watch.

REC’s RJM collection uses genuine elements of downed Spitfires in their design, giving a new lease of life to the metalwork and iconic colourings of the aircraft. The collection began in 2018 and now, less than a year later, the watchmaker is introducing their fourth and final installation to the collection. 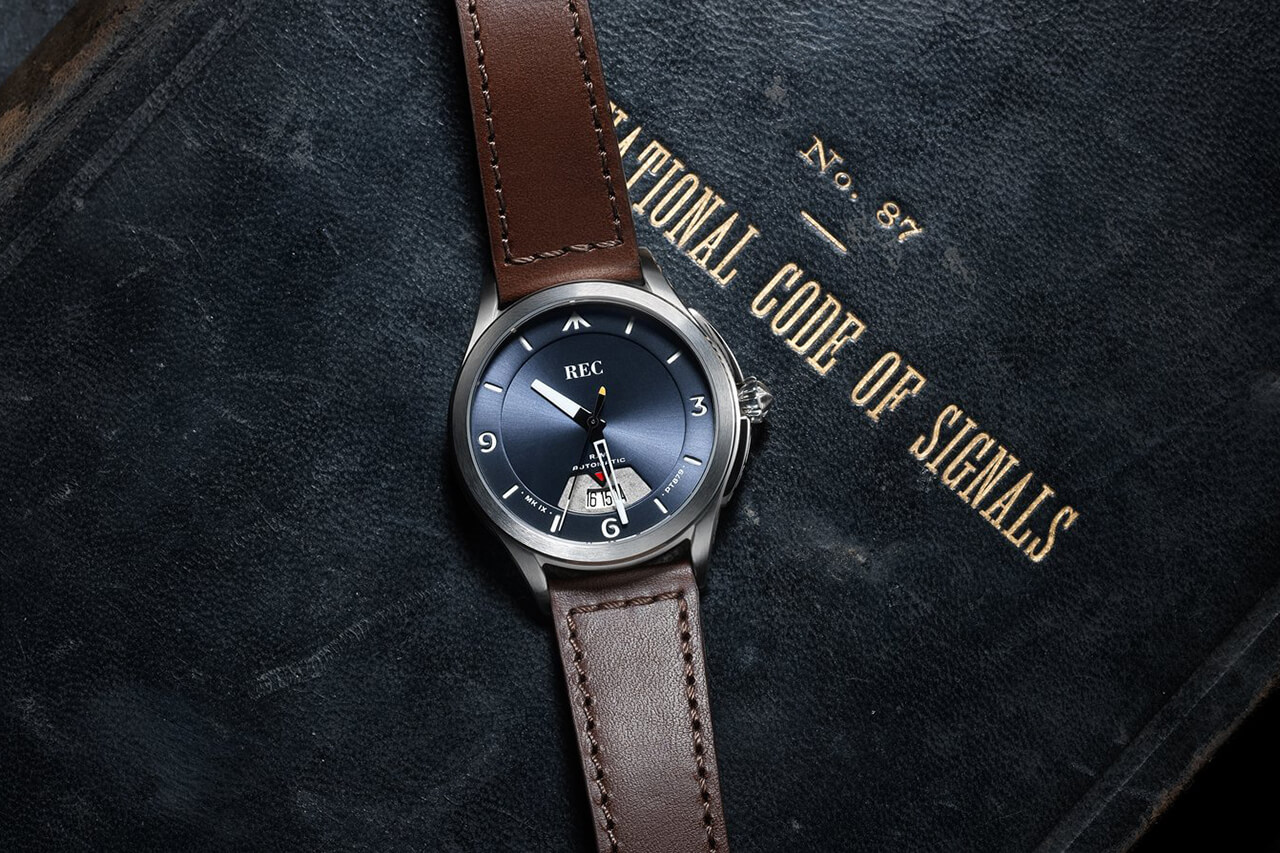 The Spitfire in question crashed in 1945 into the Russian tundra, coming out poorly after an aerial dogfight. It’s from this single plane that all the RJM dials have been built. Except that throughout the whole process, a small section of metal from the tip of the left wing was put aside. Now, that metal has found a home in the RJM 04 Bluebird.

As the name suggests, bright blue is the colour of choice on the sunburst dial of the watch, a reference to the azure uniforms of the RAF. Other than the dial, the watch is similar to the others in the RJM collection, right down to the piece of untreated aluminium taken directly from the downed aircraft. 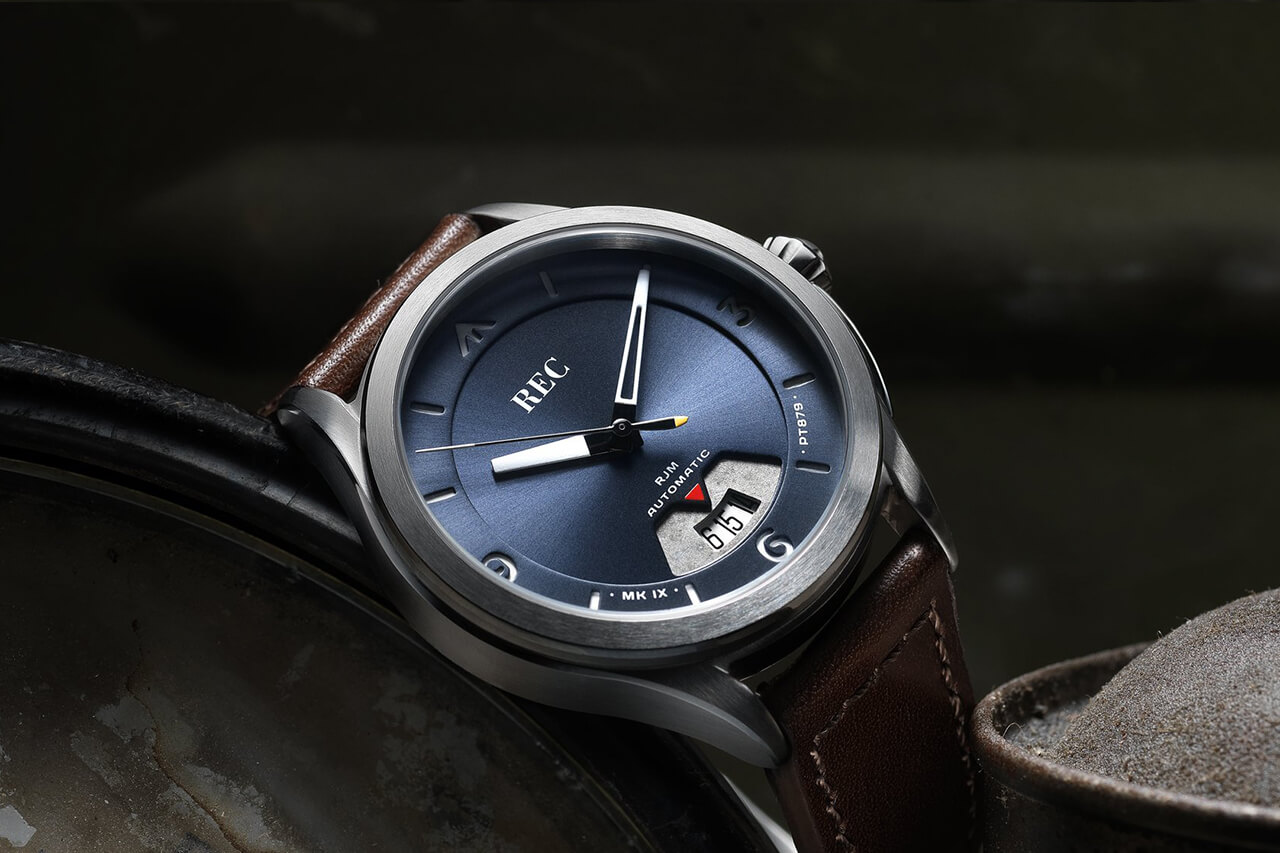 As we’ve said before however, colour makes all the difference and the bright blue makes the 04 arguably the most handsome of the quarter of pieces. Indexes are white, rather than the vintage beige of the 02, which works far better with the dial colour, but the 41mm case with its impressive crown protector remains the same. 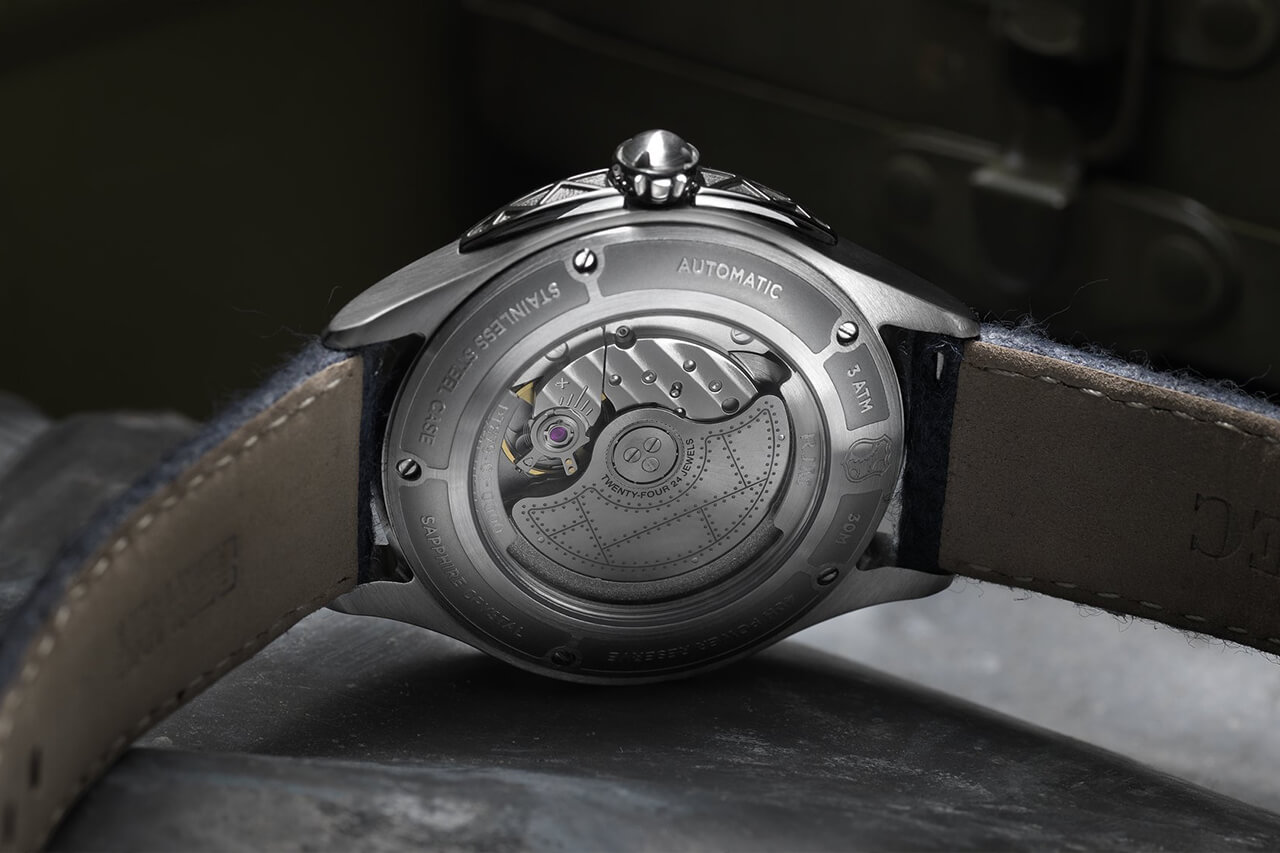 Where the previous watches have been darker, more militaristic, the RJM 04 Bluebird offers a more accessible alternative, one more likely to bring the story of its mother aircraft, the PT879 that crashed In Russia, to a new audience. Better yet, part of the proceeds of the watch will go to helping PT879, the Mark IX Spitfire, return to the skies as part of a restoration project.

Limited to just 334 pieces, the RJM 04 Bluebird is a watch steeped in history and once it’s gone, it’s gone. If you like it, You’d best get in there quick. 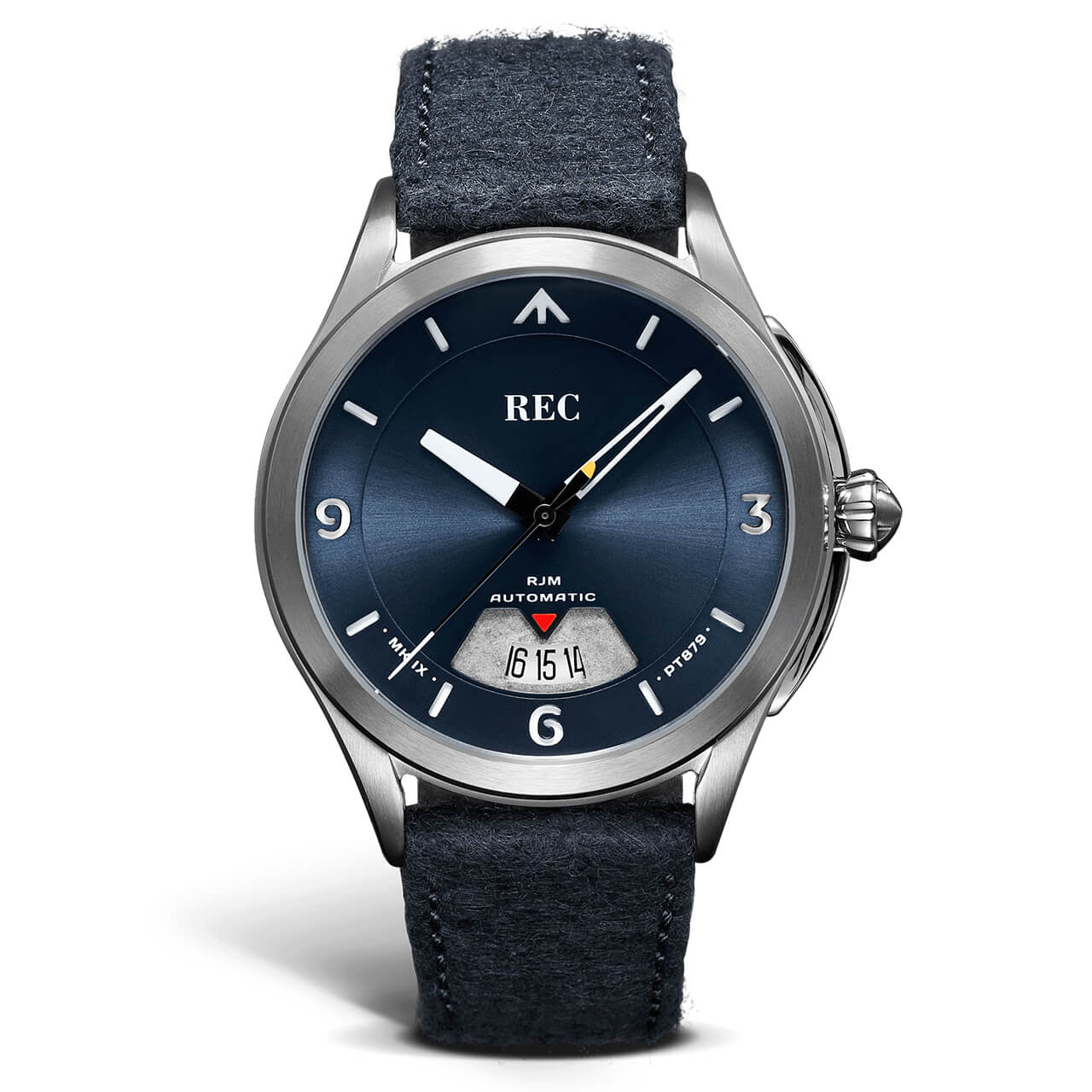 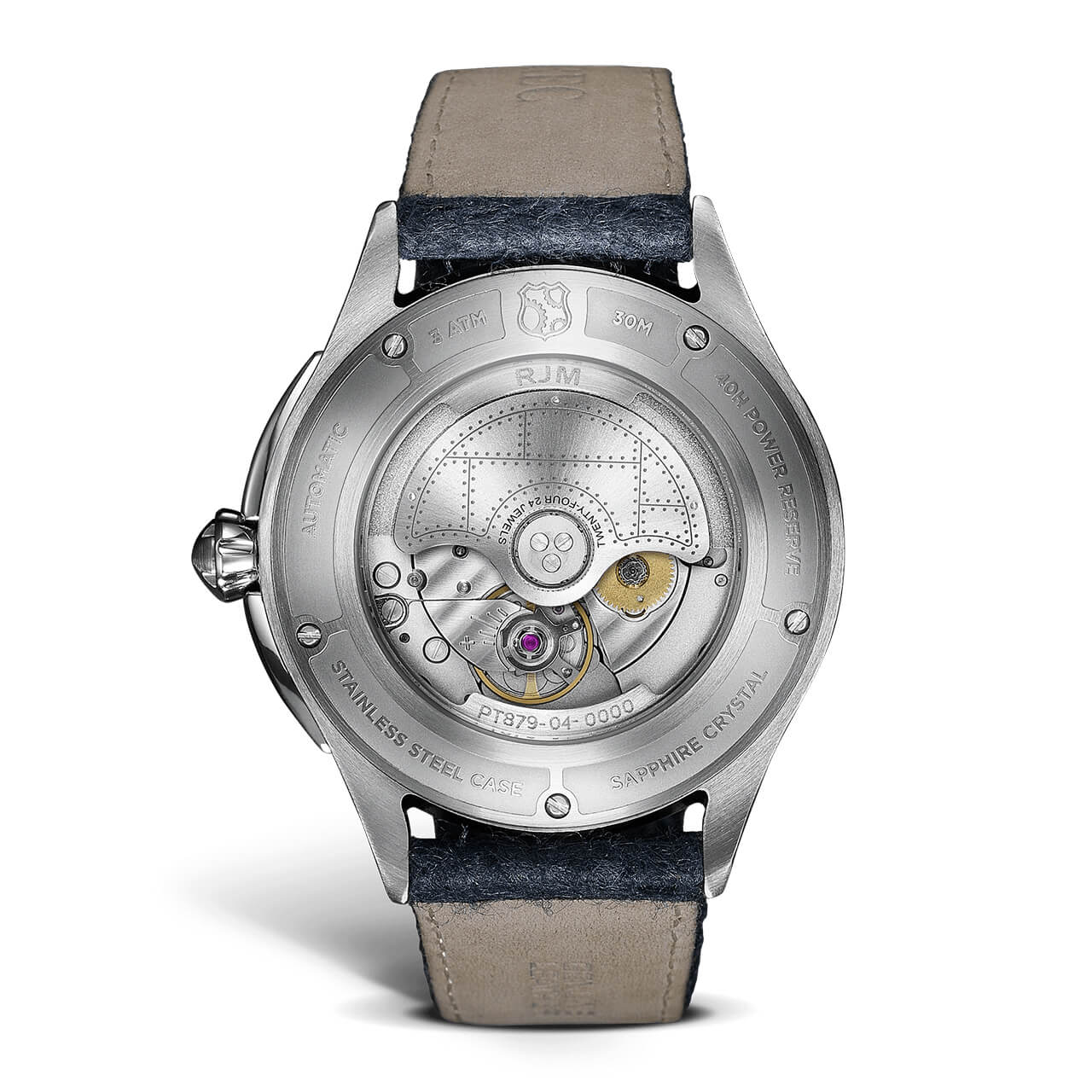