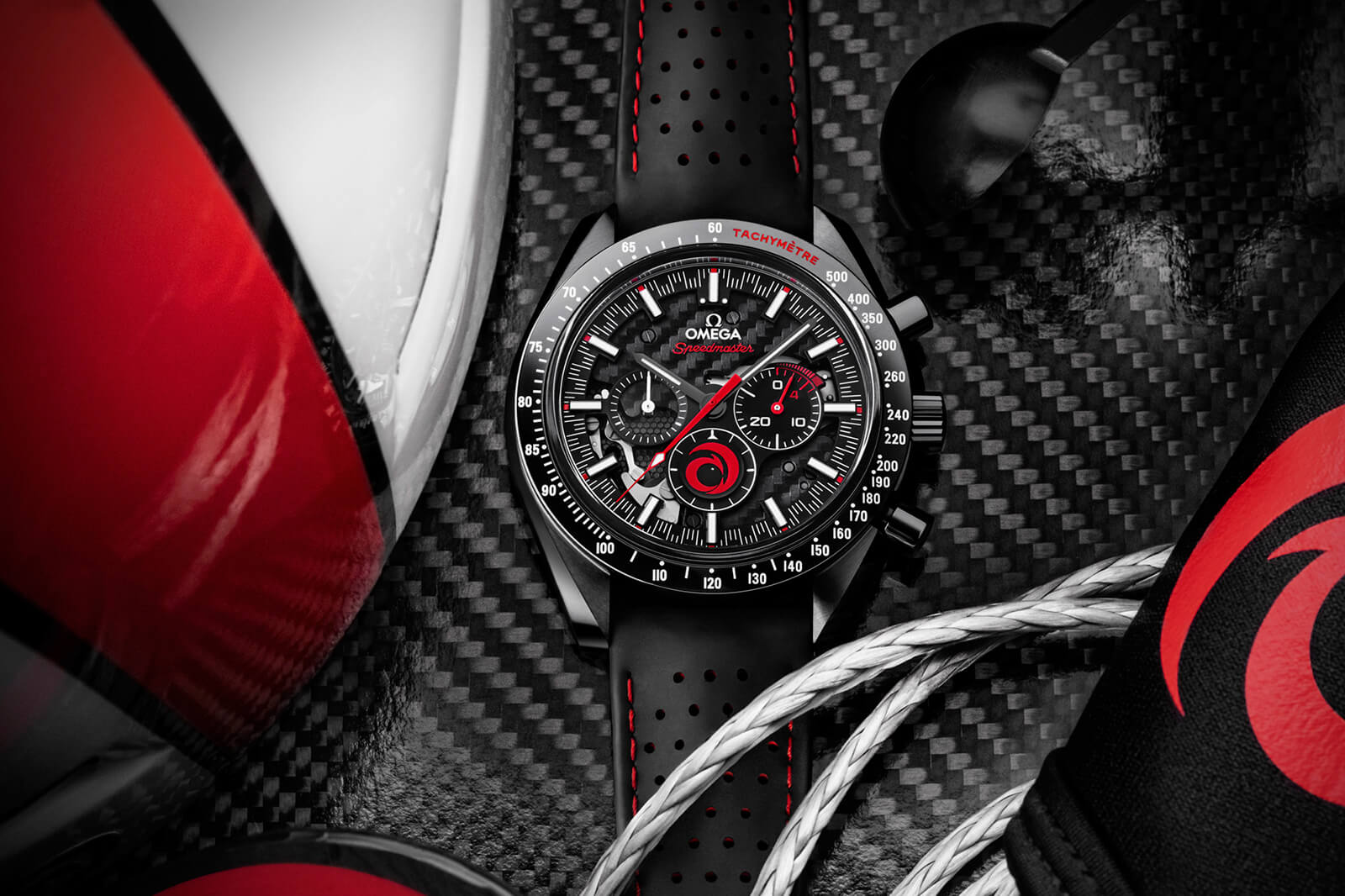 Team ALINGHI know speed. The two-time Americas Cup winners are among the most competitive sailors in the world and are, arguably, the best Europe has to offer. They’re also Swiss. It’s not too much of a surprise then to see the Cup’s timekeepers teaming up for a new limited edition, carbon-clad version of the Speedmaster.

The Speedmaster Dark Side of the Moon ALINGHI of course shares plenty of similarities with the base watch, showing off the same all-black finish with high-contrast indexes. In this case though it’s been given an overhaul inspired by the team’s new TF35 racing catamaran, meaning more carbon than an aftermarket Lamborghini kit. 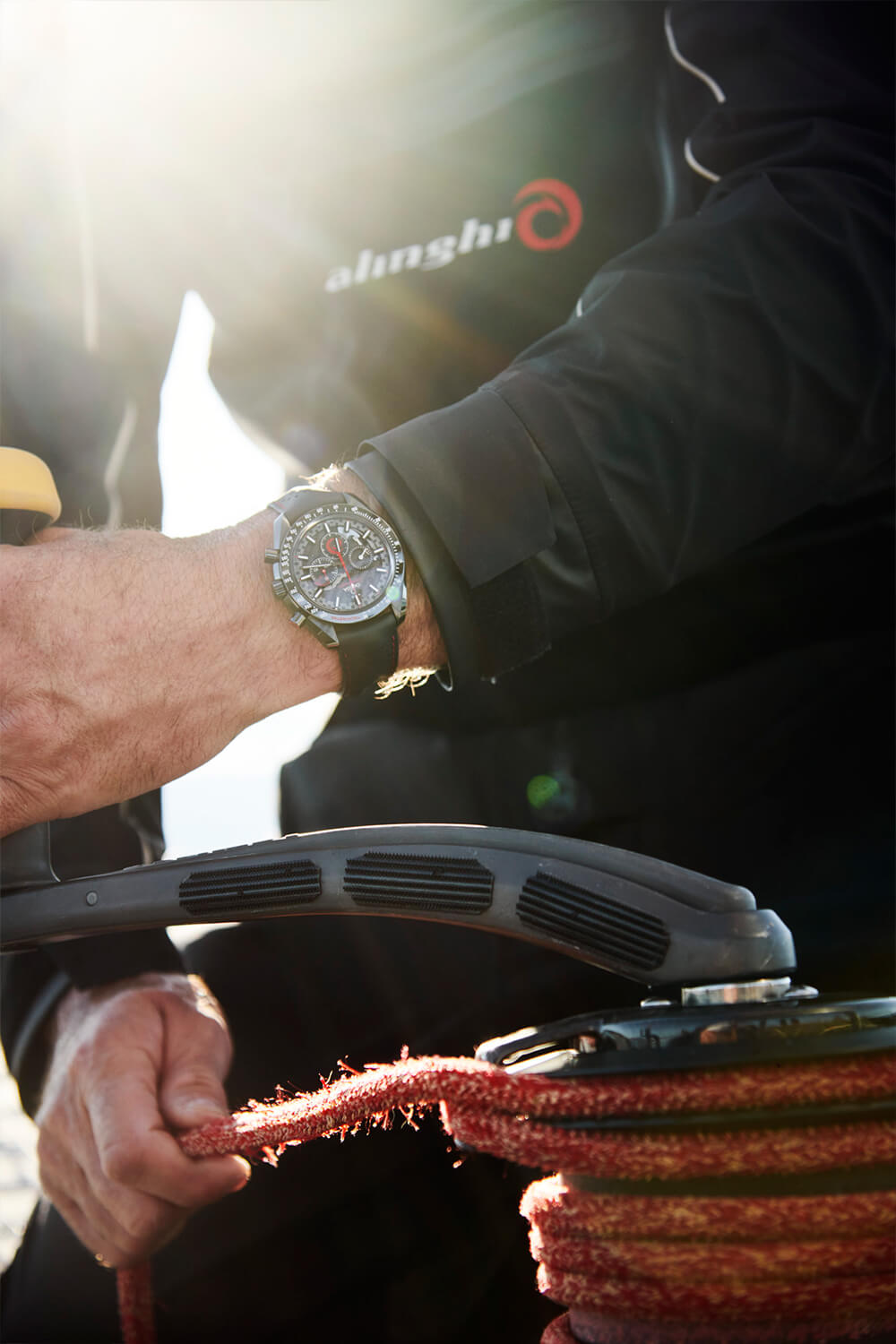 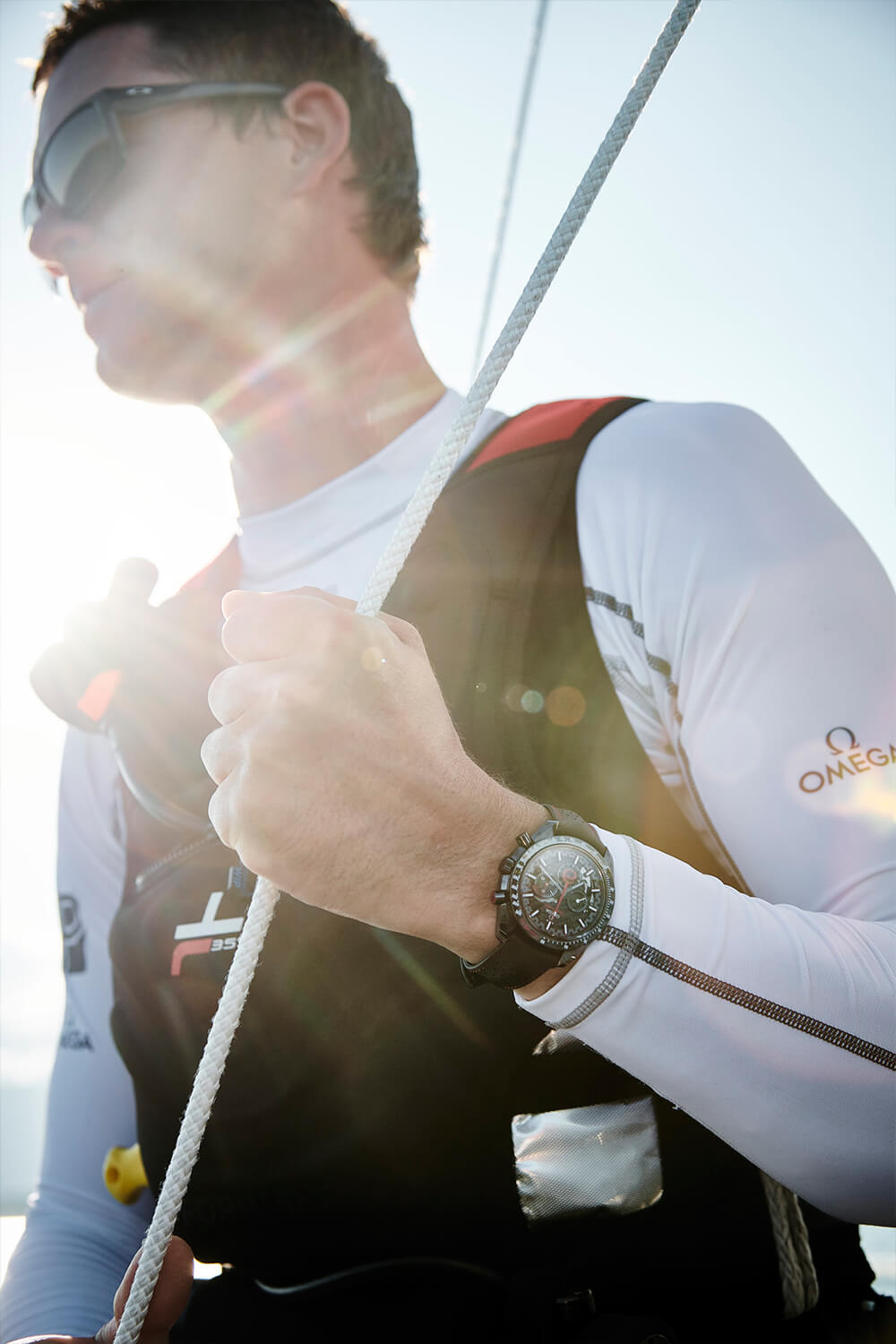 Primarily the finish is restricted to the dial and it looks fantastic, particularly with the few flashes of red on the indexes and bezel-mounted tachymeter. While I’m not personally a fan of the open dial at 7 o’clock – 8 o’clock, it does lend itself to the whole performance theme, if that’s what you’re into. 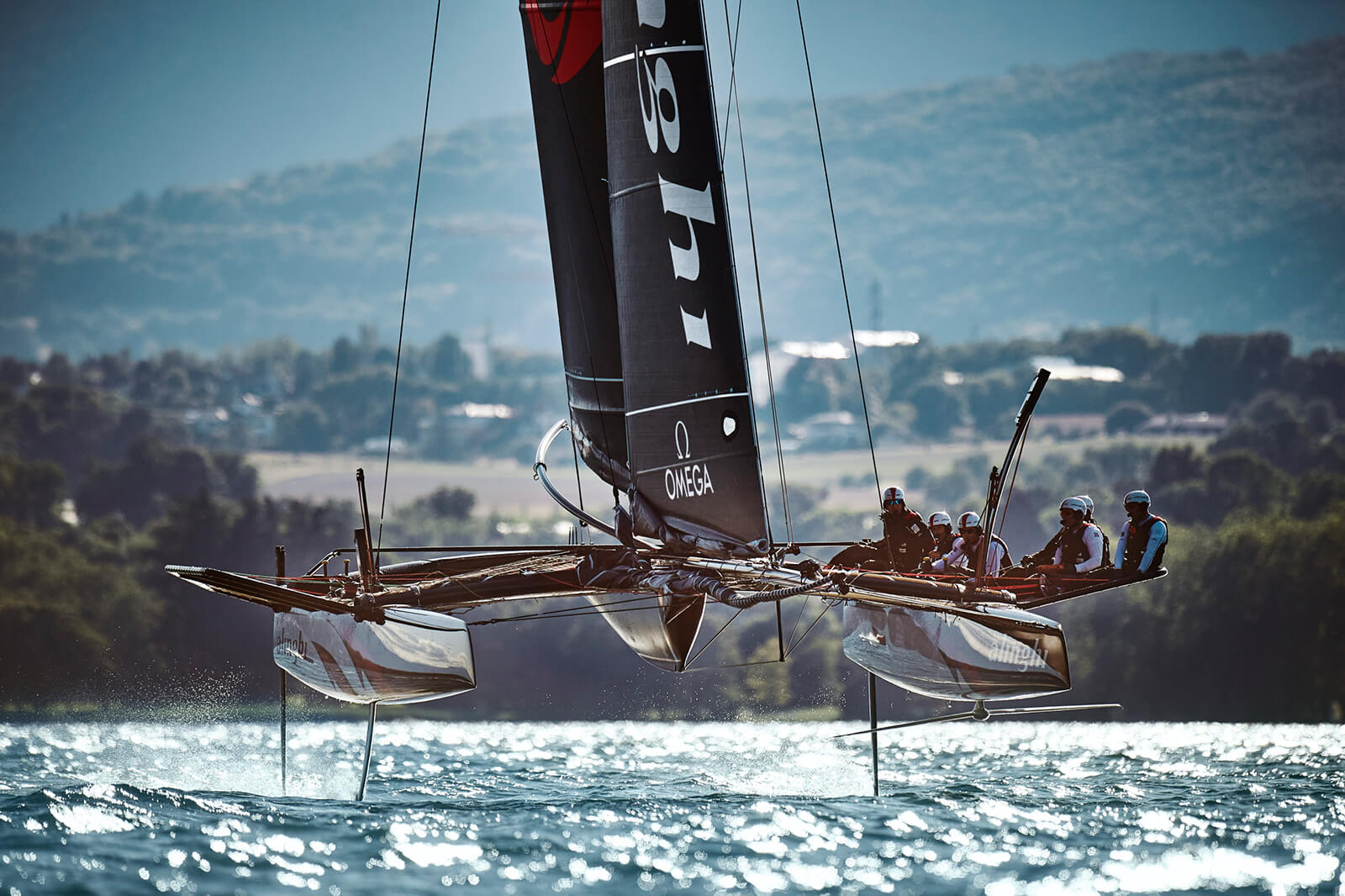 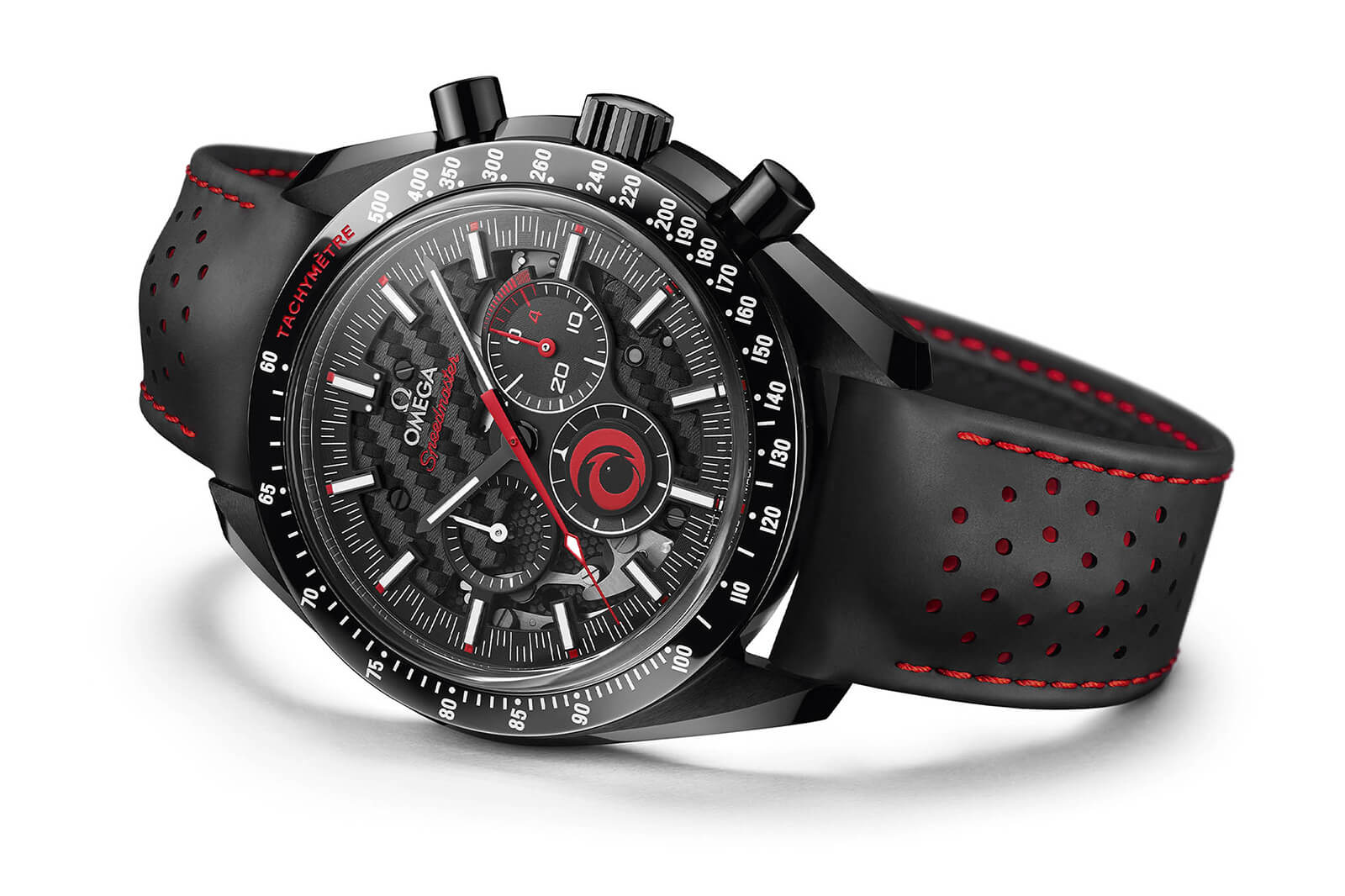 To hammer home the water racing link, the 3 o’clock subdial includes a 5-minute tactical time display, while the 6 o’clock is dominated by an anodised aluminium disc with the Team ALINGHI logo.

Flip the watch over though and there’s plenty more to look at, with the same pattern across both barrel bridge and main plate. It’s seriously cool and is arguably more interesting to look at than the front of the watch. 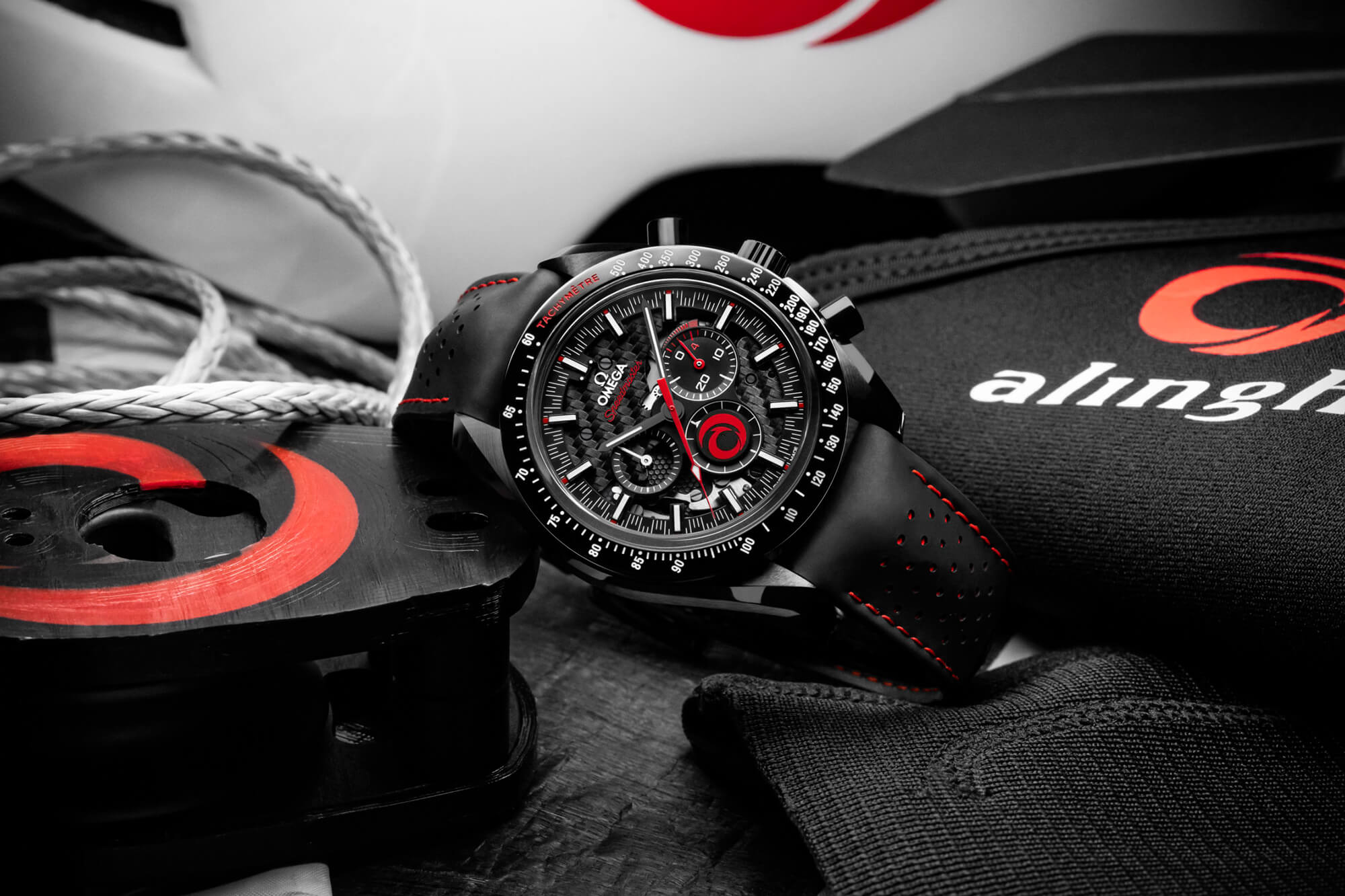 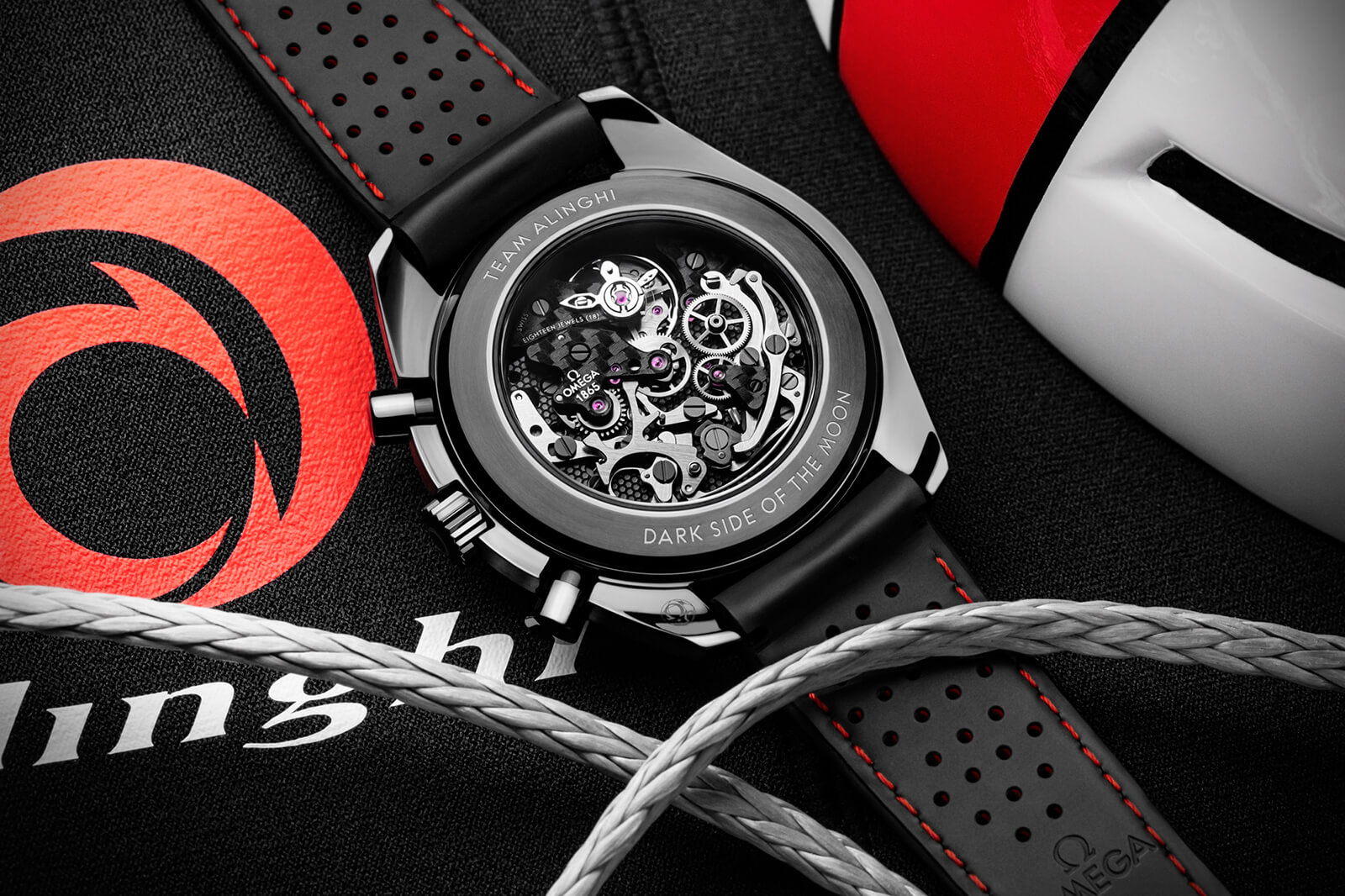 The movement itself is the manual-wind Calibre 1865, which means more room to appreciate the new finish without a rotor getting in the way. It’s also lighter and thinner, which streamlines the otherwise chunky 44.25 black ceramic case on the wrist. 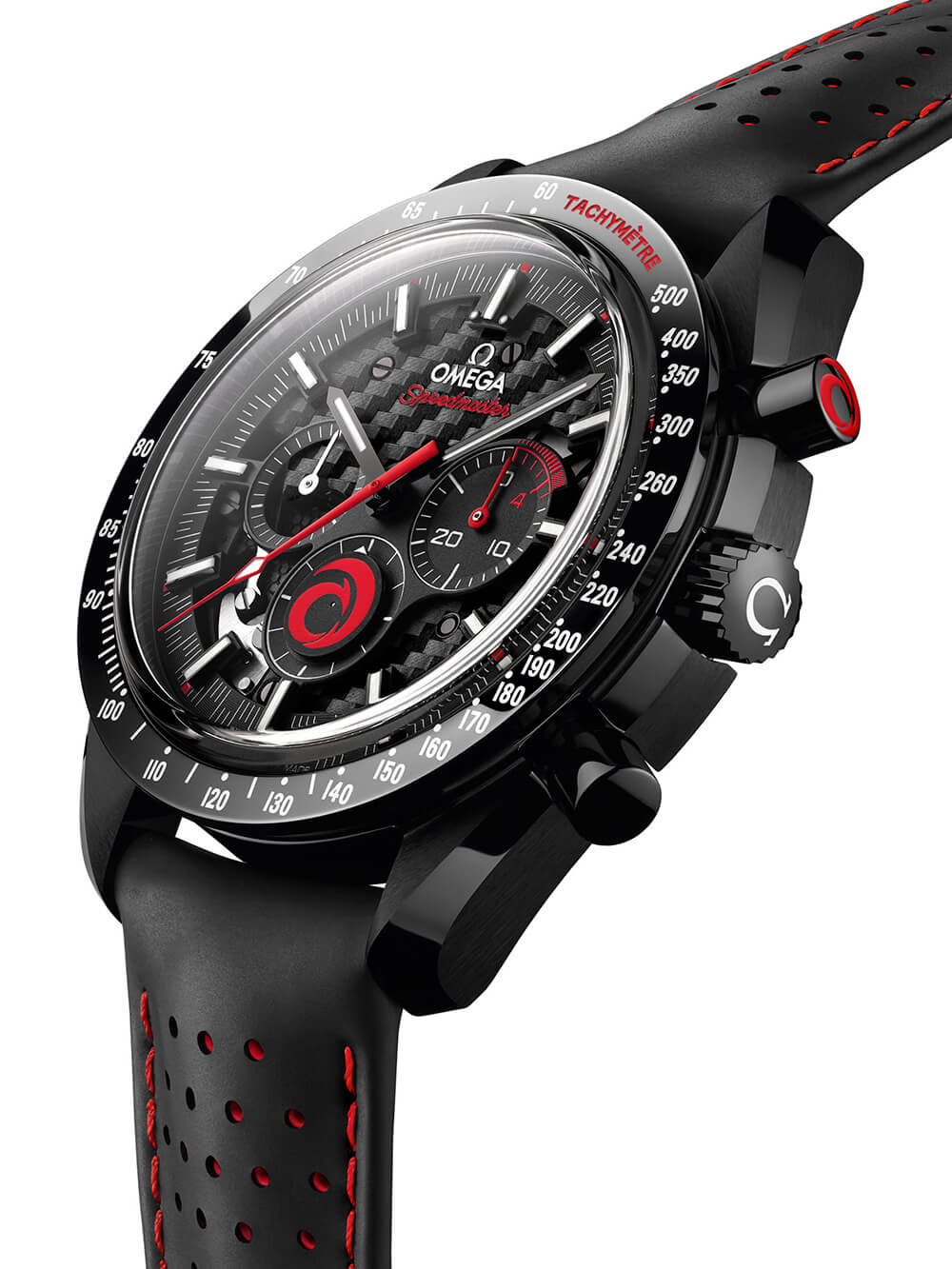 Would it have made more sense for this watch to be a Seamaster? Probably, it is Omega’s nautical flagship and the Planet Ocean is the official Americas Cup watch. But given the racing link the Speedmaster works nicely and, let’s be honest, is just way cooler – which is pretty great, as despite the team association and uniquely-finished movement, this is not a limited edition.

Still, not limited isn’t quite the same as readily available. Best get on those waiting lists…